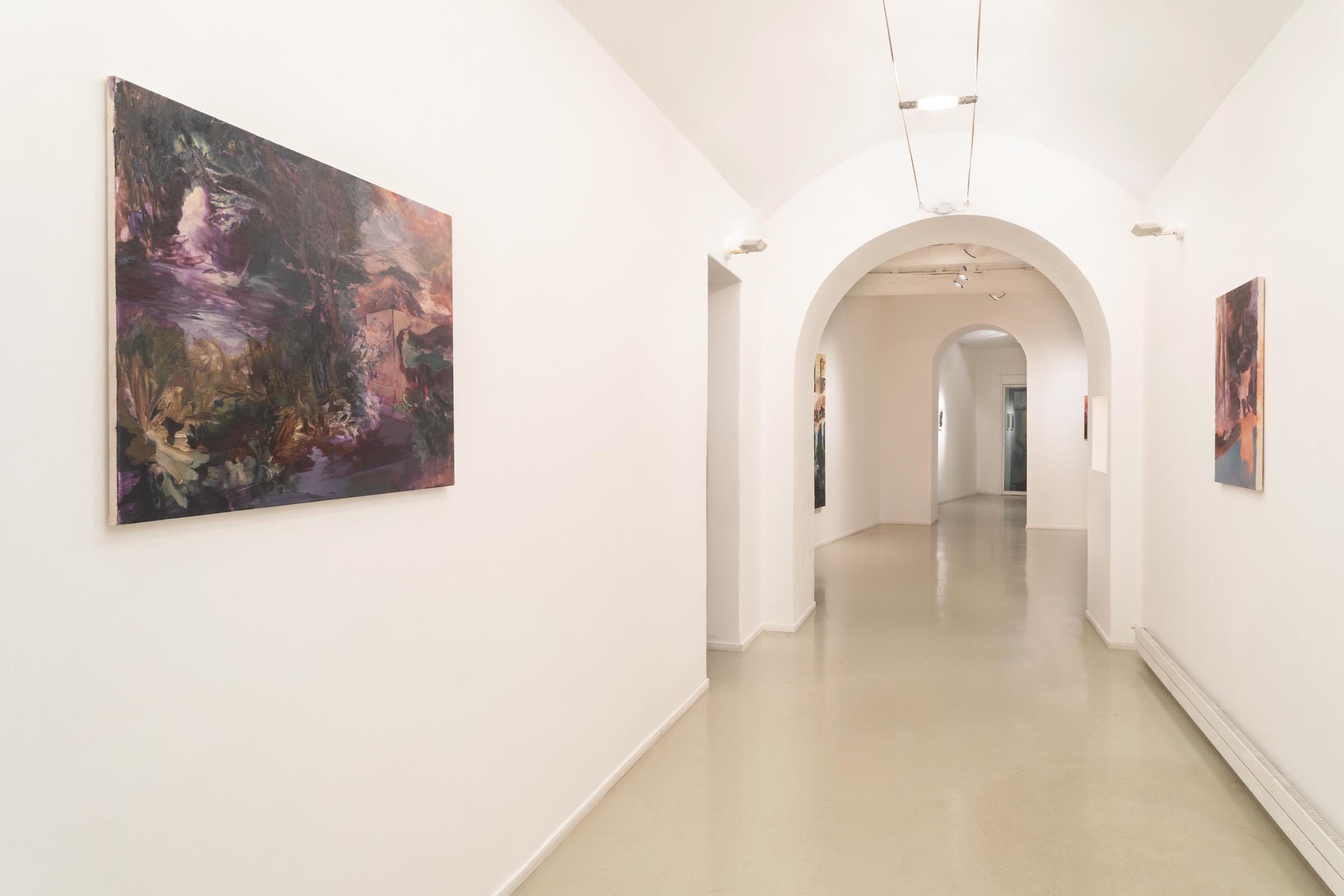 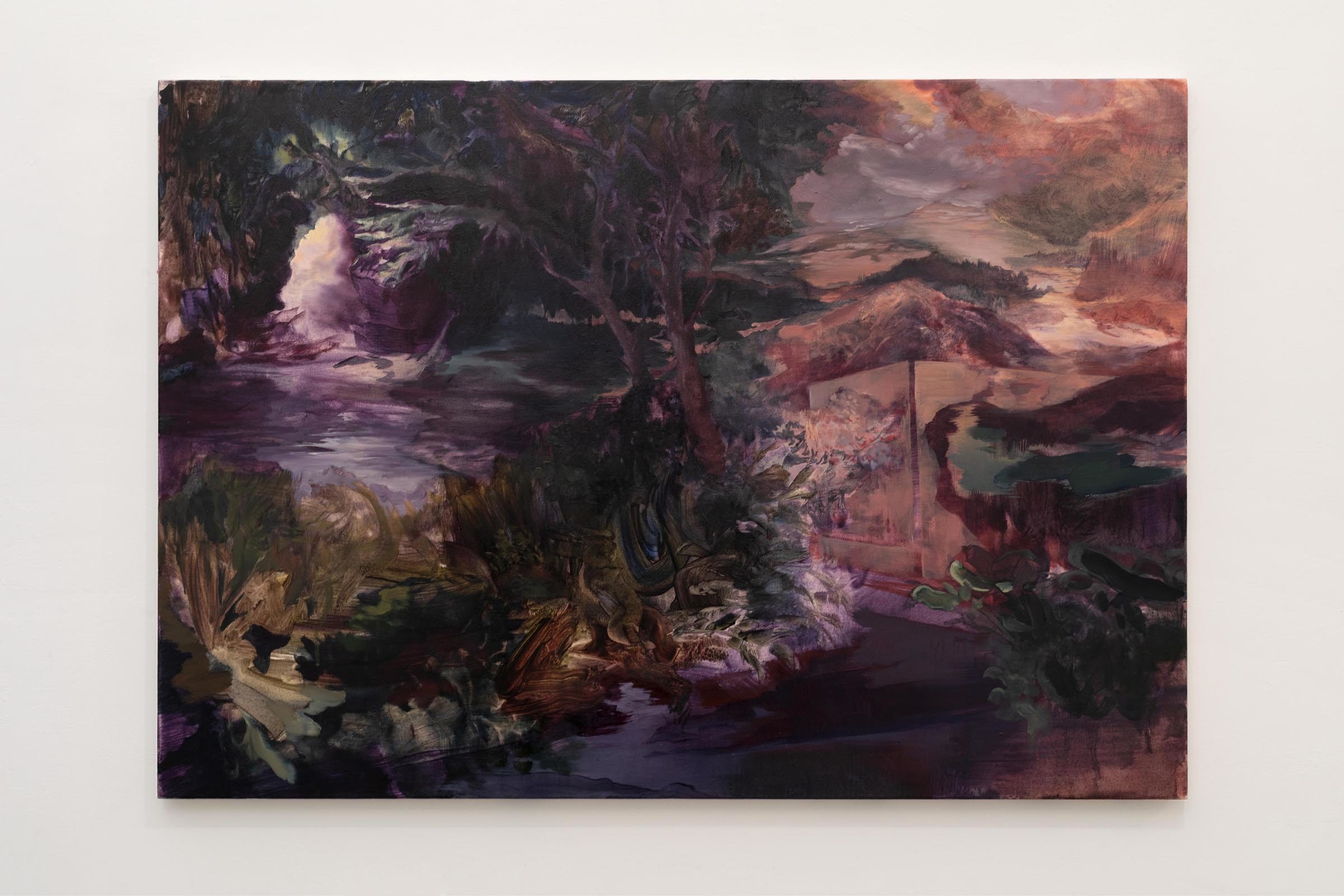 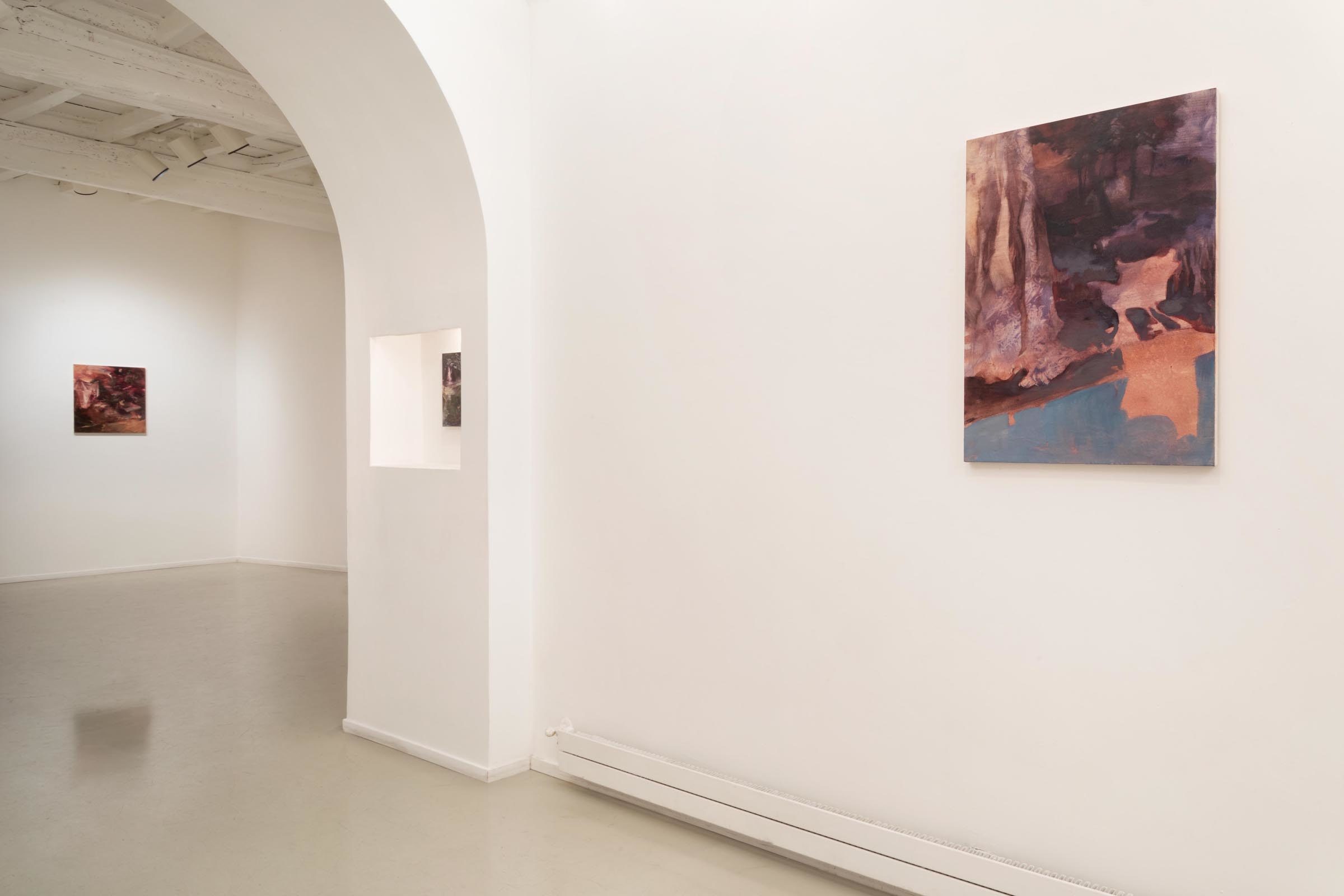 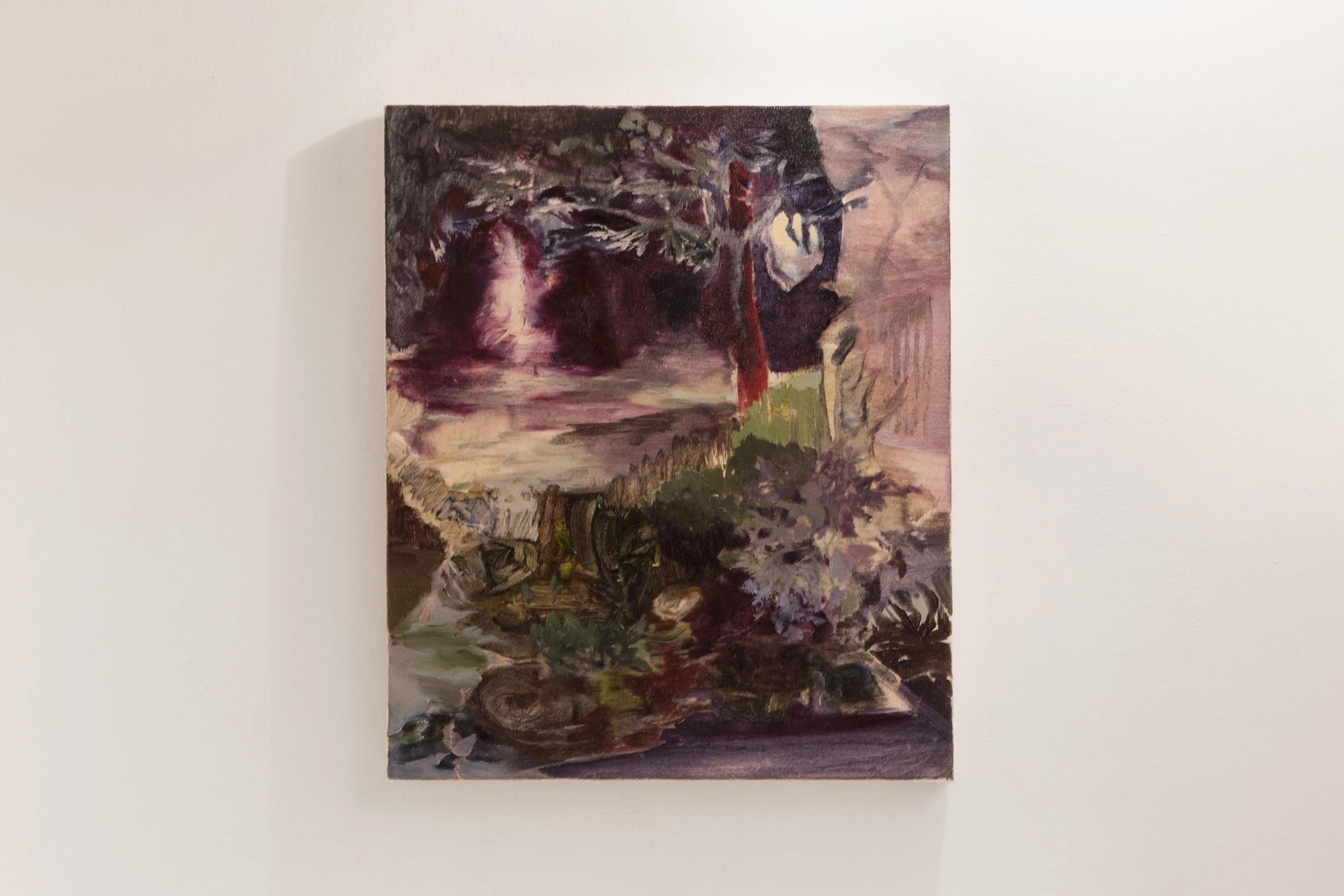 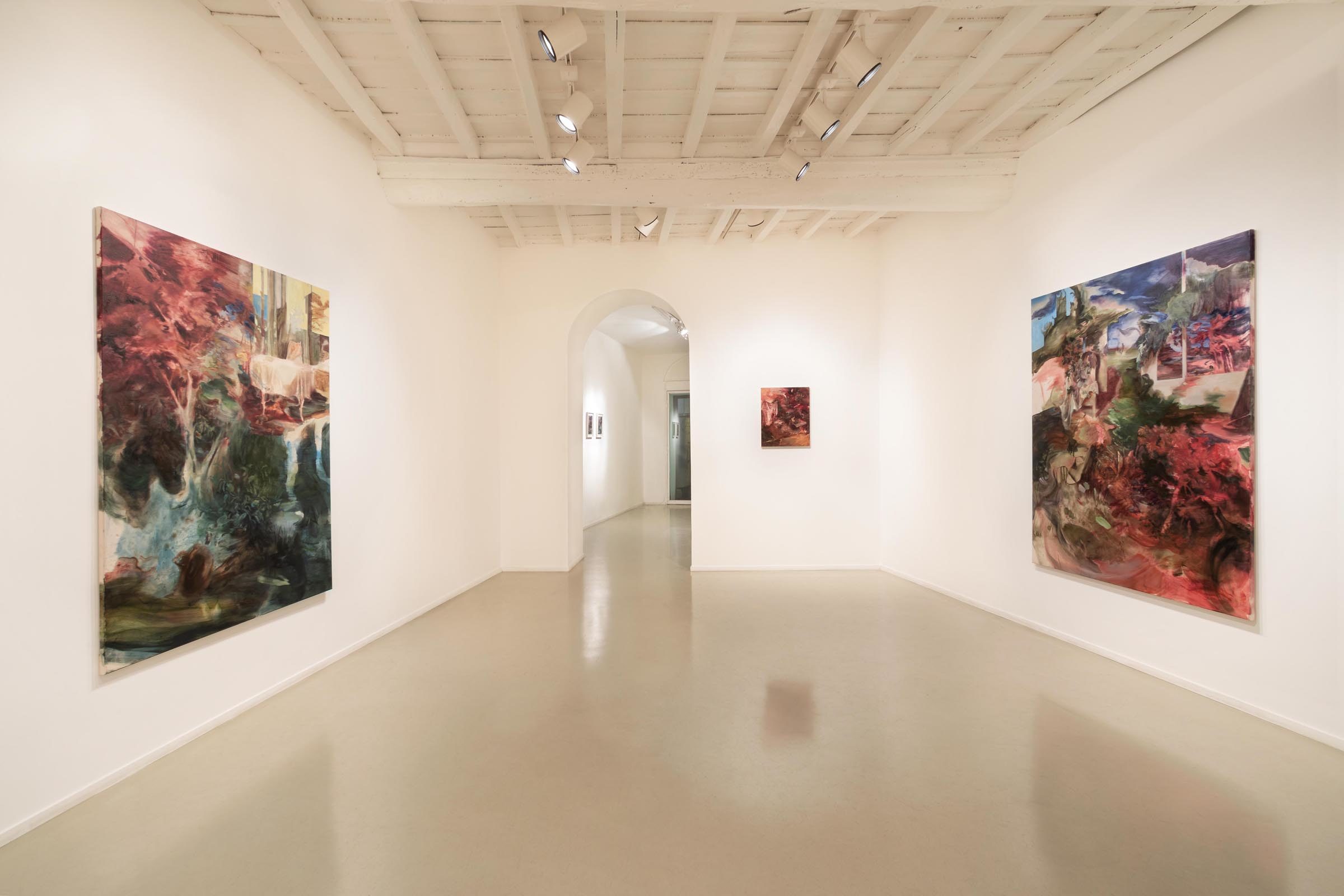 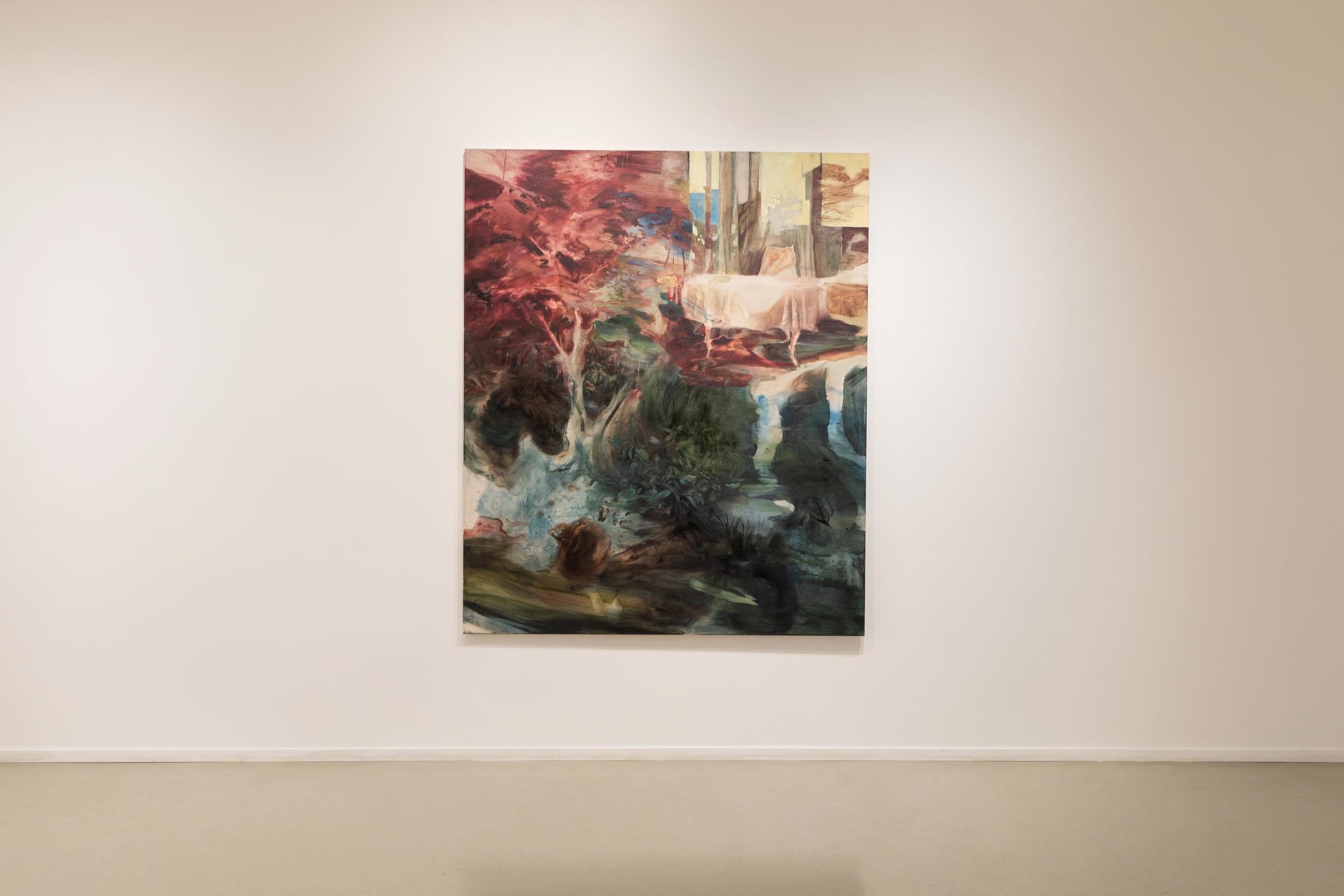 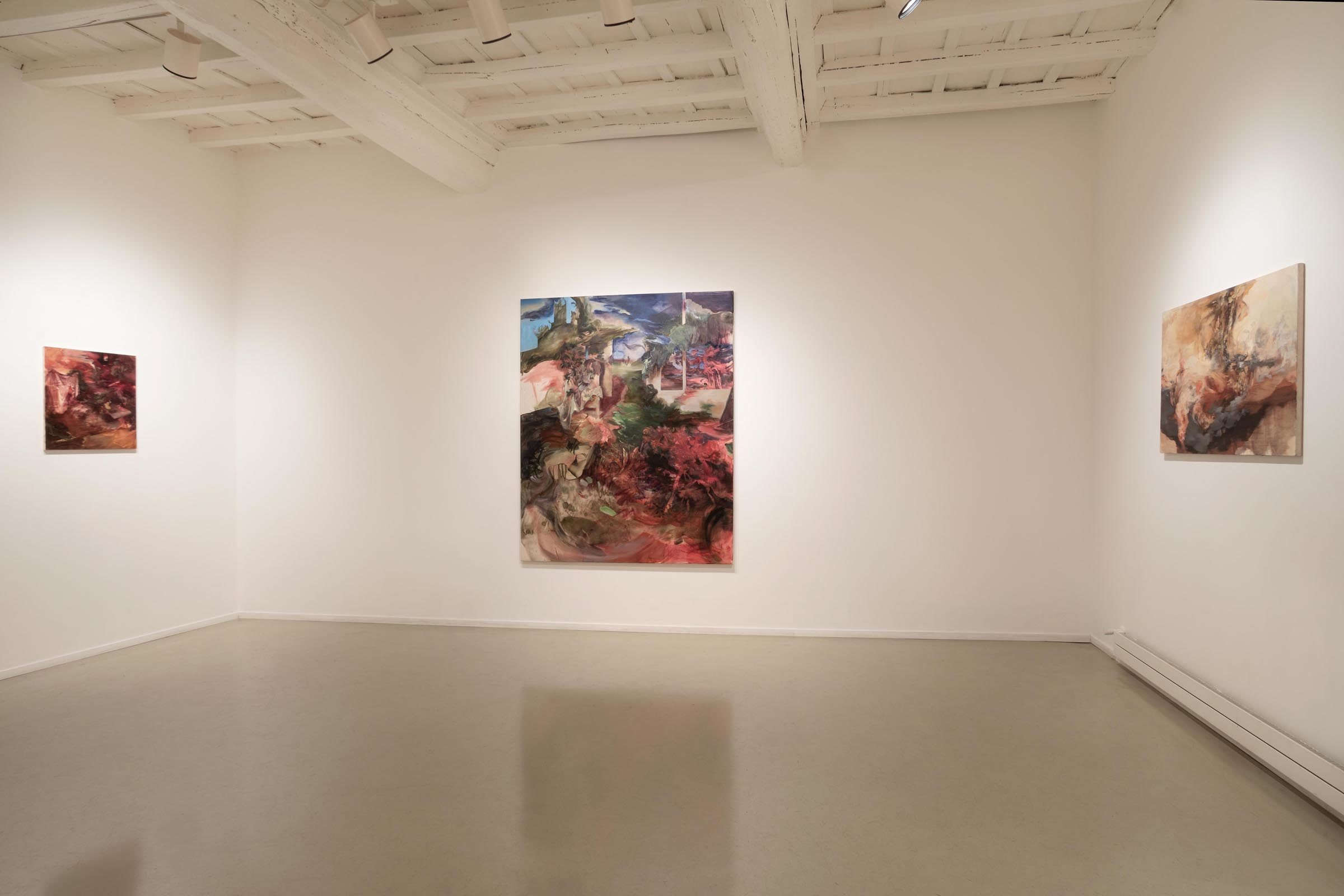 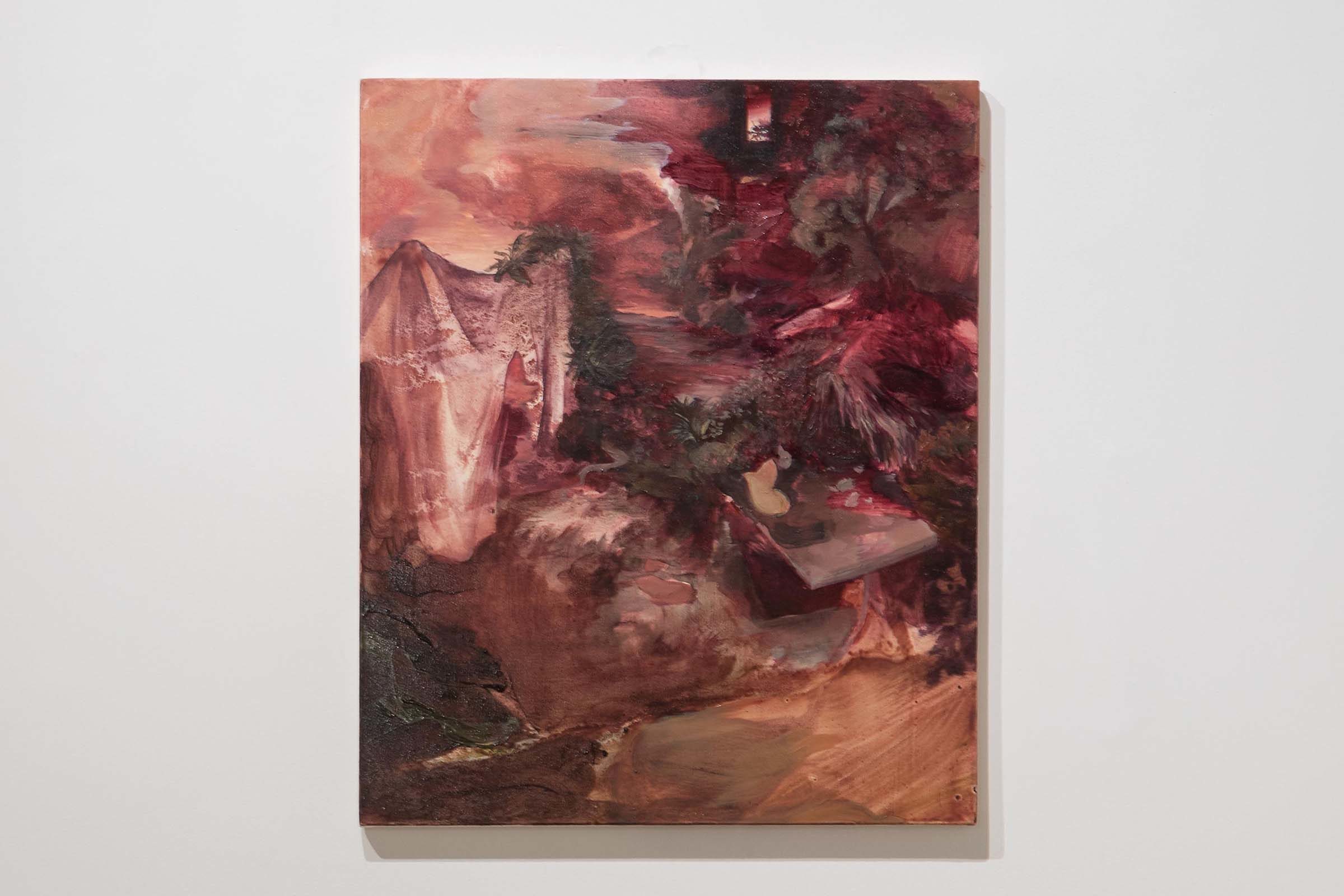 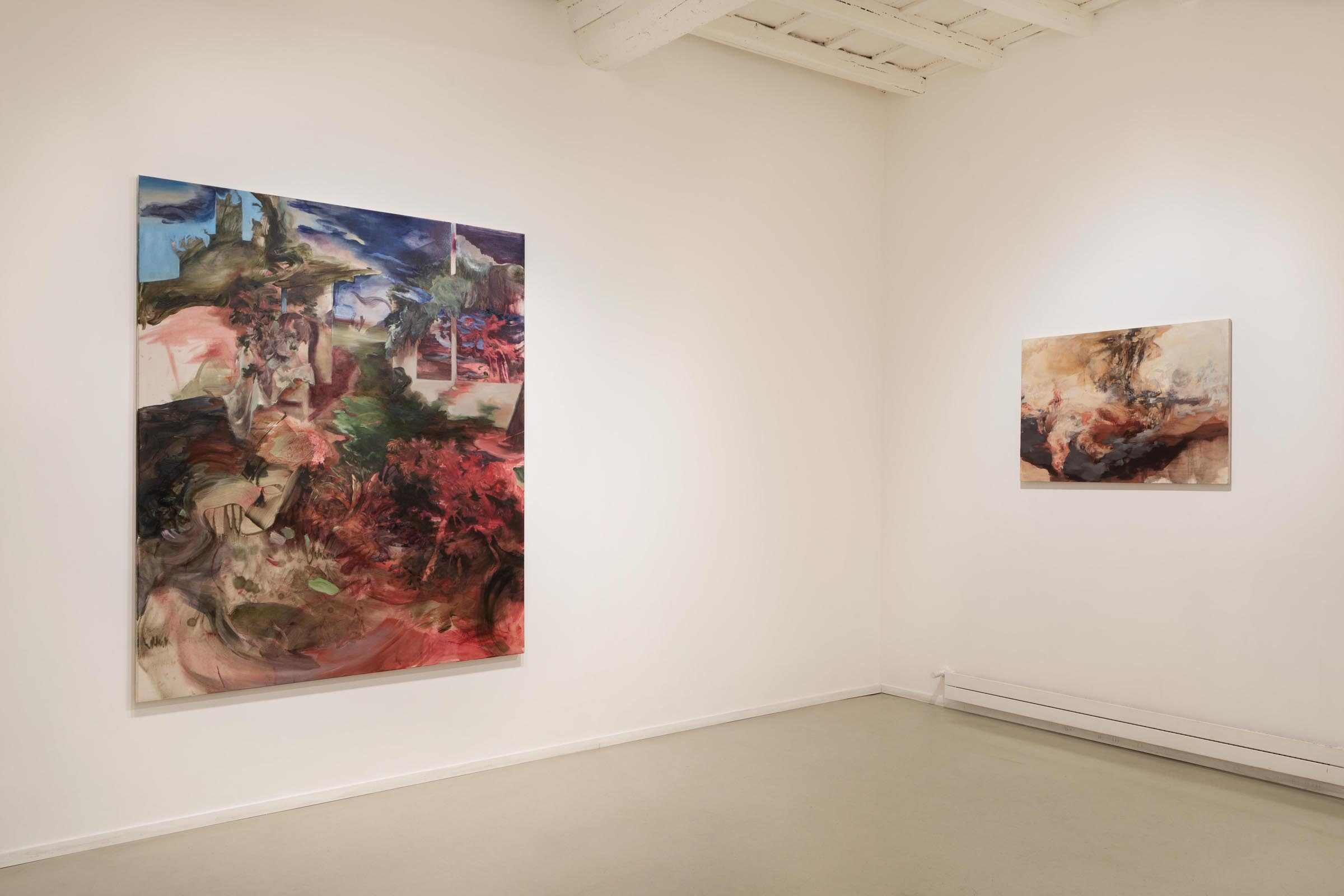 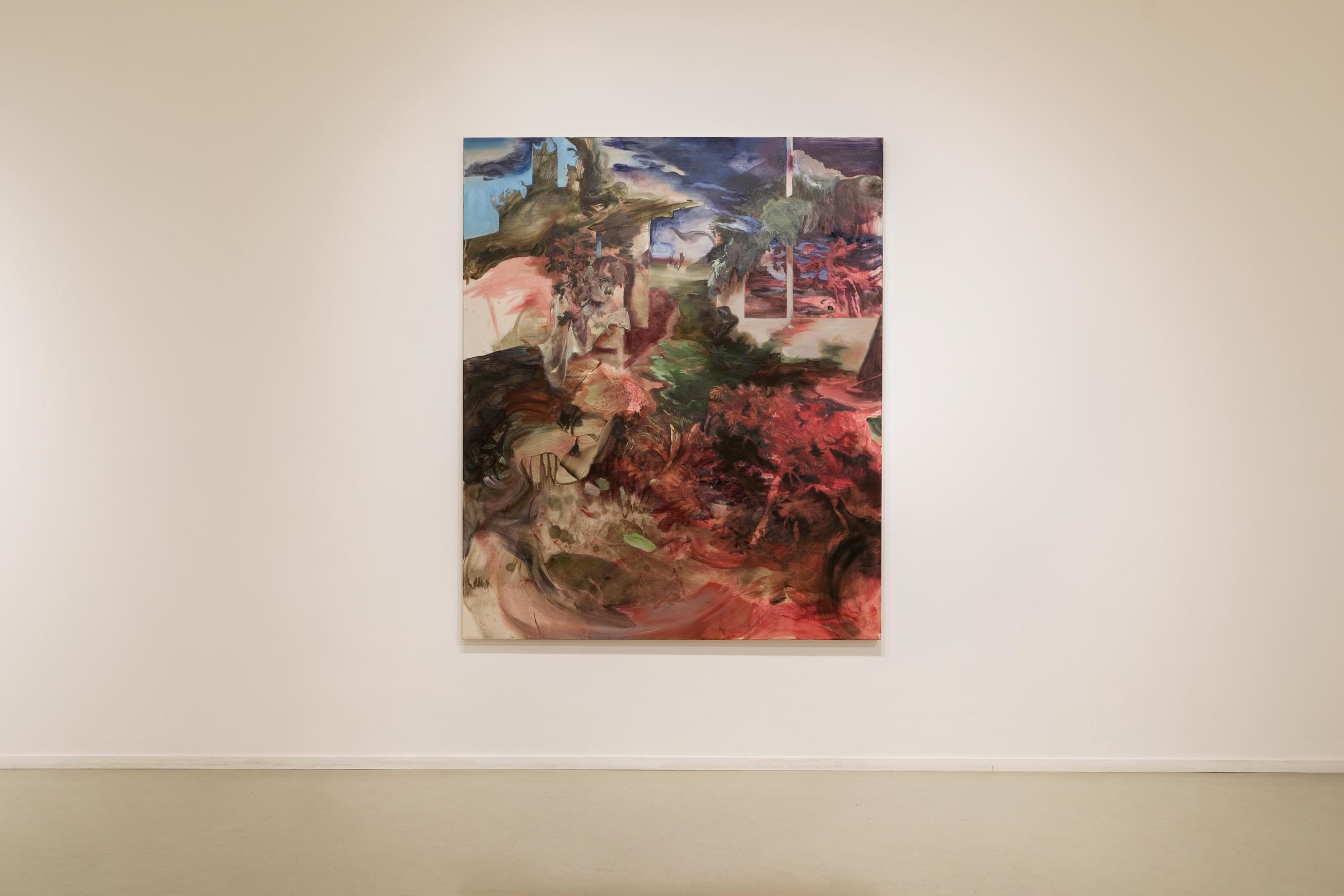 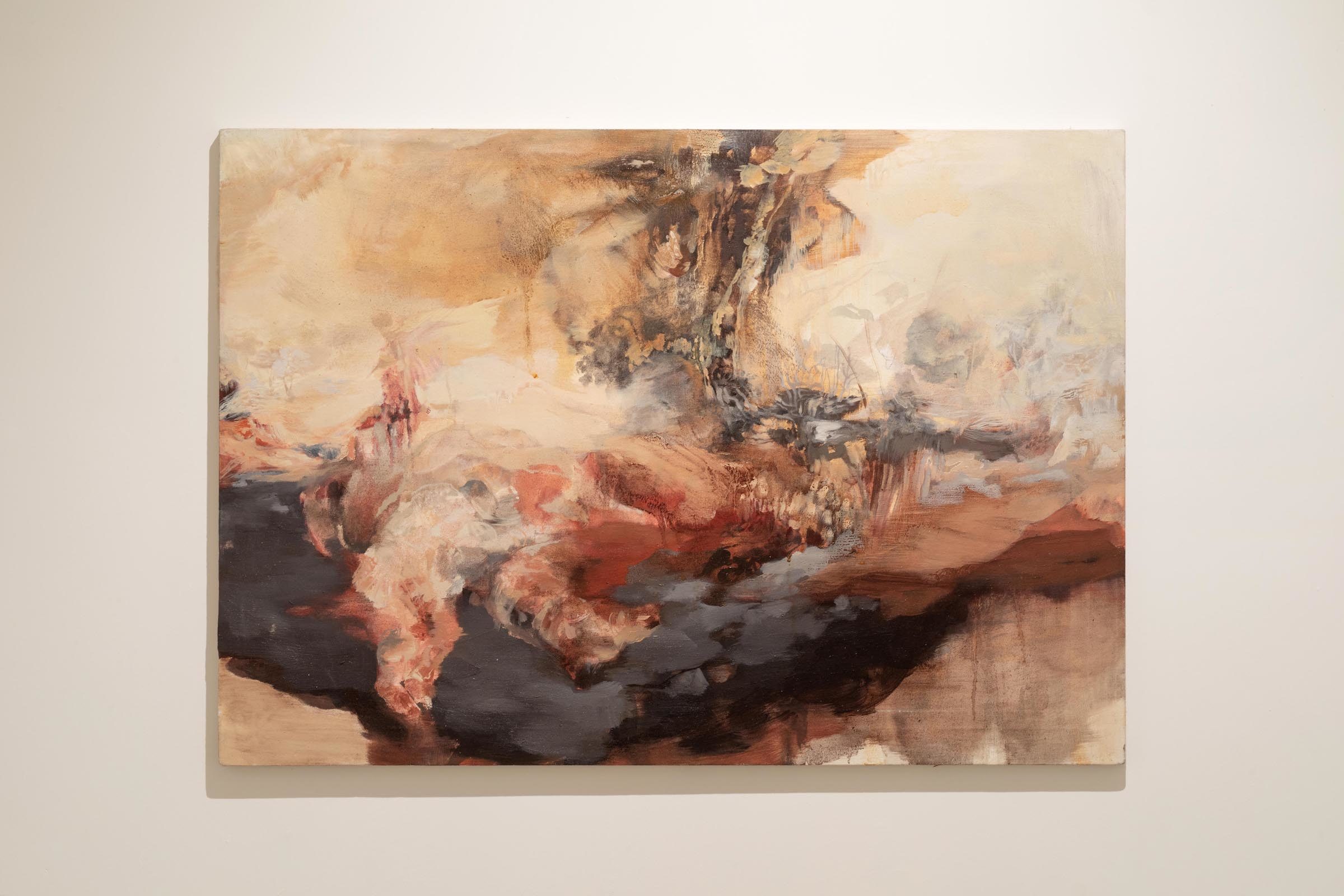 
Looking back
In the history of painting, landscape has become a fully independent genre only in the 17th century, although there are several famous antecedents in which it appeared on the same level of religious, allegorical or mythological subjects. This can be seen in Giotto or Giorgione, but also in the works by Nordic authors as Dürer or Bruegel the Elder. As Stoichita explains, [1] landscape painting in the 17th century brought a view of the outside inside homes, since the picture was a sort of visual and conceptual window facing the world, and especially urban context, as well as seascape or the wilderness (these typologies corresponding to the three variants of the genre). This aspect was primarily important in the Flanders and the Netherlands, where new rich buyers fostered the advancement of this kind of imagery. [2] During Romanticism and Impressionism landscape respectively carried emotional and perceptive issues; only after Van Gogh, the itchy colorism of Fauves and the fierce sign of Die Brücke group, it lost its mimetical, ideal and symbolic values in order to become an entirely psychological expression. Customs of the past were then undermined by the avant-garde movements of early 20th century: rather than portaying a detail from an afar reality, painted landscape conveyed to the viewer the character, shapes, thoughts, fears and poison the artist felt, captured and violently spilled outside. Once the original mimetical function of images deflagrated – together with its purely meditative purposes – landscape painting would no longer bring inside houses a lovely ‘outside’ that could not be contemplated from a secluded place, but instead the harsh ‘inside’ that fidgeted in someone else’s bowels. The image-window thus faced a ravine, but a fully human one, which was then emotional, psychic and existential.

Frame
Alice Faloretti’s painting draws the approach towards landscape from early 20th century, both from an iconographic and an intimate, psychological point of view. Landscape is for artist an artificial subject, a way to formalize painting, which is thus expressed through visual forms that can be recognized by the viewer. As a matter of fact, her landscapes do not really exist, but are rather a pastiche, namely the result of a combination of various iconographic episodes she deduces from many places. They are a work of invention, an imaginary landscape composed by portions of real landscape, skilfully mixed and recomposed. Realistic cues and fictional issues coexist, as the artist uses painting as a connective tissue on which she can either show or hide details, as well as encourage viewers to question themselves or linger on something that captures their attention.
For Faloretti landscape essentially is an iconographic pretext, a display that allows her to carry out an emotional and psychological investigation. This comes alongside an intimate narration, with plenty of enigmatic and alienating visual elements, often rendered in a chromatically and anti-naturalistic way. But it is also a pre-text, since it is a sort of pre-existent writing (and genre), on which Faloretti can develop her own story, distancing or approaching conventional procedures. The use of figuration – sometimes explicit and sometimes fluid and elusive – is instead necessary in order to supply the topological coordinates within which the viewer can move. They provide the field of action where the eye can stop and take a breath over something familiar, known, classifiable. Landscape is ultimately a frame of meaning where the artist can recover events from her subconscious: fiction, fears, surreality, dreams and contradictions.

Suspension
The title of the exhibition Suspension of Disbelief refers to the famous expression by English poet Samuel Taylor Coleridge, theorizing the necessity to compose stories with a “semblance of truth sufficient to procure for these shadows of imagination that willing suspension of disbelief for the moment, which constitutes poetic faith”. [3] Coleridge, among the ideal founders of Romanticism, explains how the poetic text must feature some elements that allow readers to get lost in fiction, and momentarily set aside the realistic concerns that may occur. The sense of wonder, in fact, can originate only in case of a voluntary suspension of disbelief.
This psychological condition recurs in Faloretti’s work, where the viewer is presented a condition of perceptive ambiguity, both for unrealistic, bold, compositions and daring chromatic solutions, pushed to the limit of verisimilitude. Her works are characterized by a surreal atmosphere where colors and shapes of natural events are the outcome of an extension of the artist’s subconscious, an hyperbolic transfiguration that goes beyond what could be expected. In these circumstances perceptive uncertainty and sense of wonder let the viewer psychically float elsewhere, in a both ordinary and extraordinary world.

Truths that slip away
Faloretti’s complex research on landscape – the subjects of wild environment, its inexhaustible changes, the conflictual relation between natural elements and anthropic presence – shows how it can be endowed with the same psychological values of portrait. The introspective charge of her practice gives her the opportunity to dig deep into these topics, making the viewer perceive their vivid intensity and incandescent substance. Underneath her content and skillful painting, landscape seems to crumple, stir and dissolve, then is given a new shape, with intense and stinging colors.
In this ongoing pictorial as well as metamorphic process, Faloretti reconfigures and reimagines parts of world, imbued with a dreamlike vision that can’t be avoided. Observers can just stop and stare silently, as the man who is bewitched by the sparkling eyes of the hoary seadog in The Rime of the Ancient Mariner. [4] On canvases as well, there are some imaginary truths that surprisingly escape the truths of the world.

[1] V.I. Stoichita, The Self-Aware Image: An Insight into Early Modern Metapainting, Cambridge University Press, 1997.
[2] It is meaningful to notice how, in the same years and with the same modalities, the genre of still life also spread. They both witness the shift of taste towards a secular, somehow domestic imagery.
[3] S.T. Coleridge, Biographia literaria, ch. XIV.
[4] S.T. Coleridge, The Rime of the Ancient Mariner, part I.