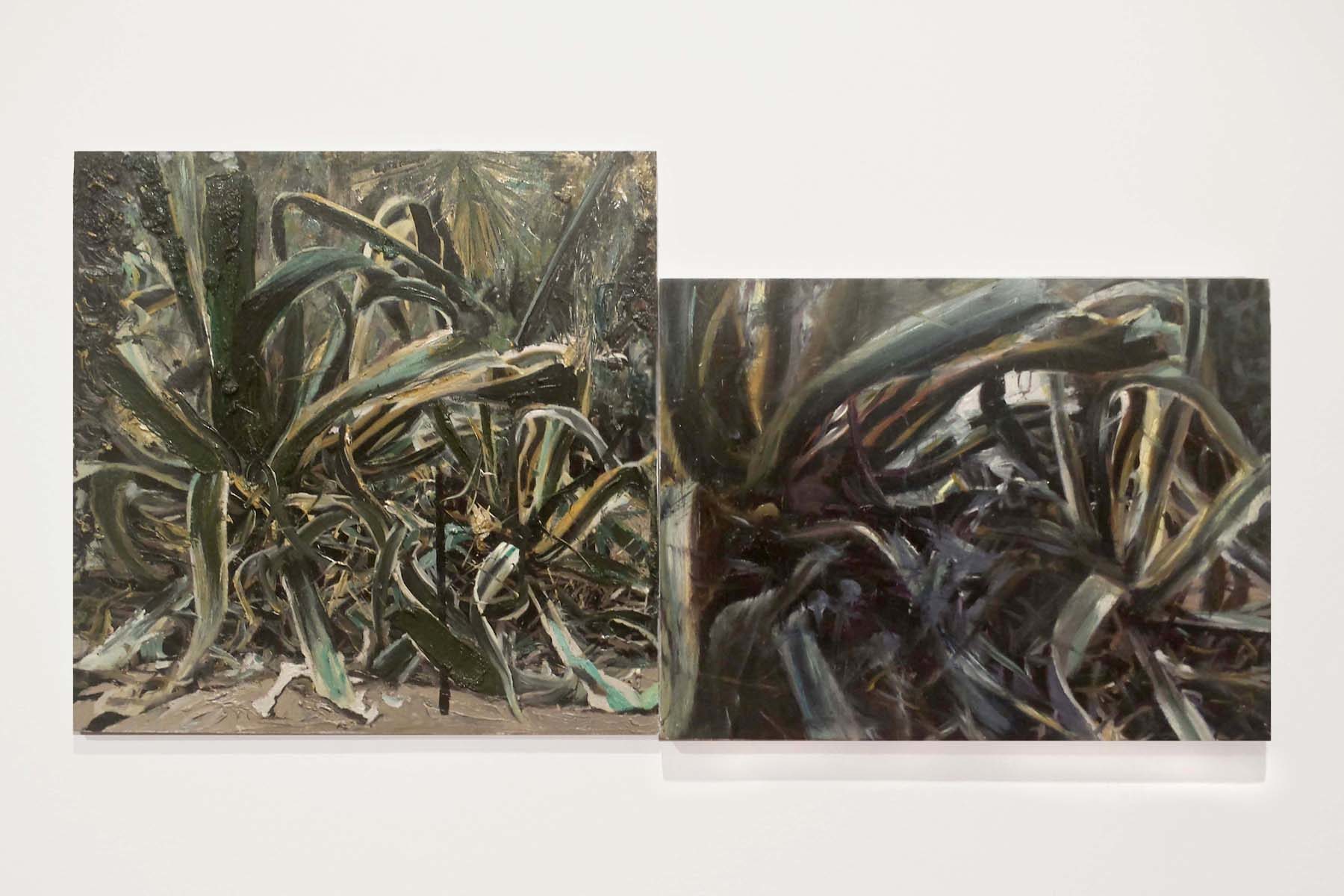 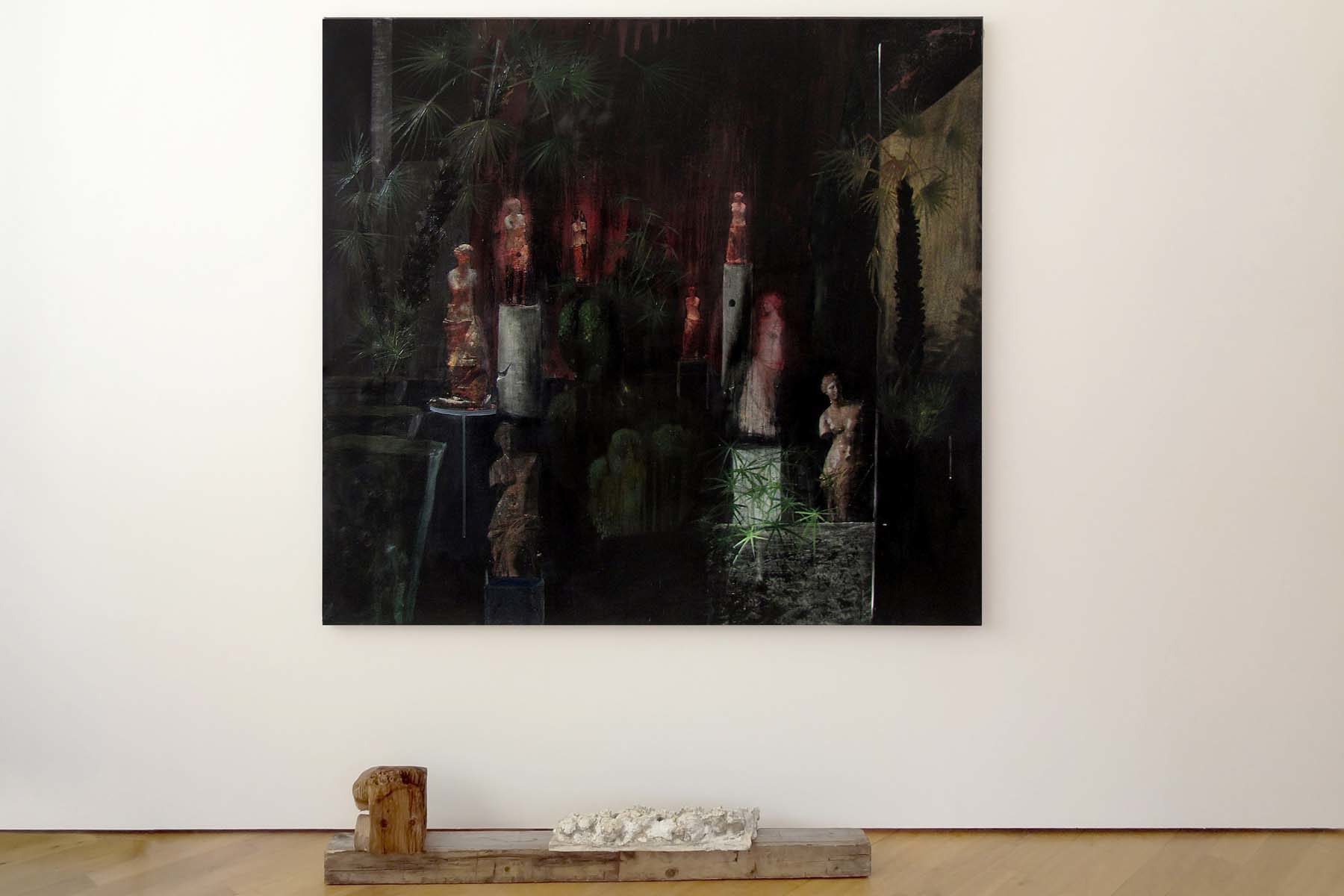 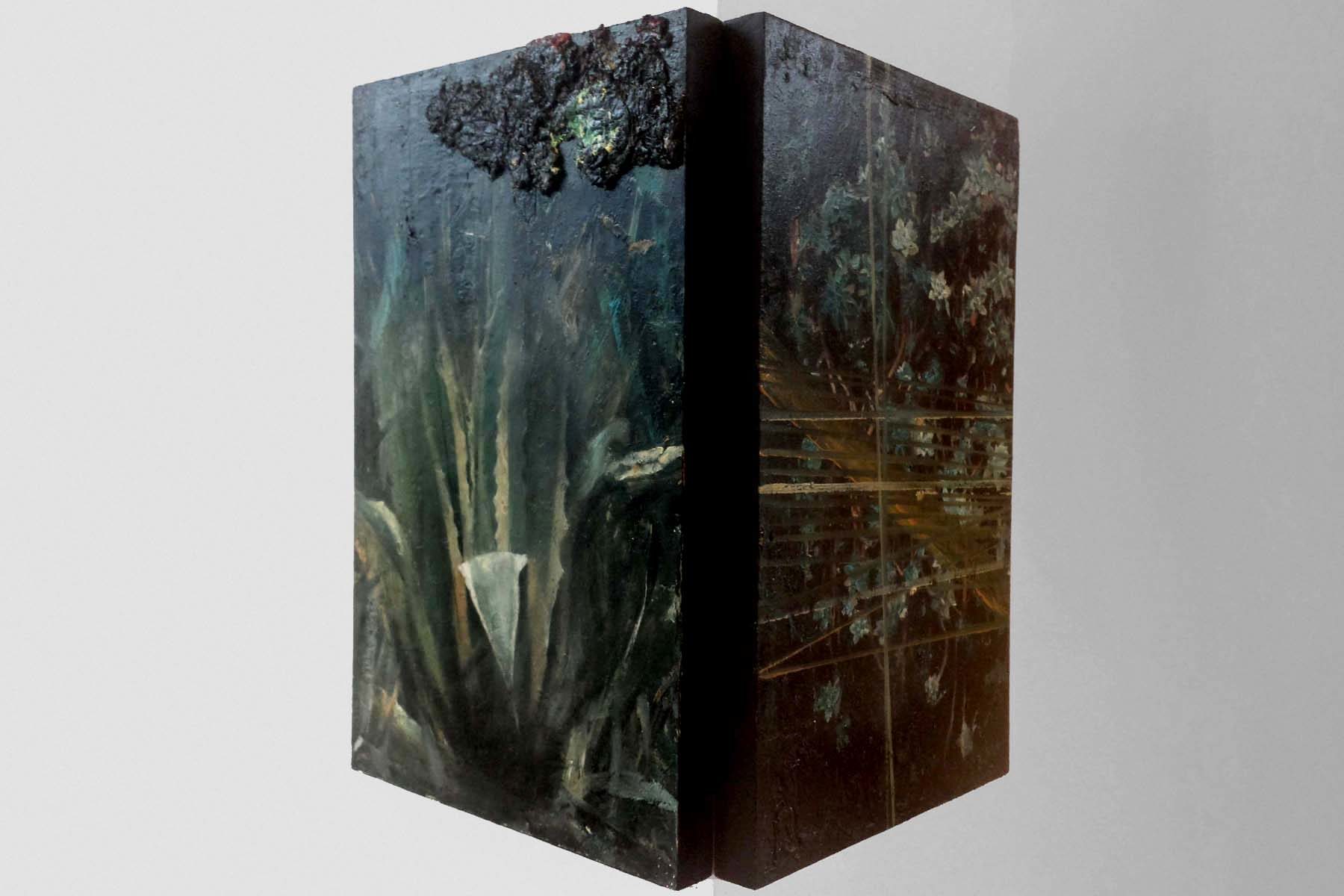 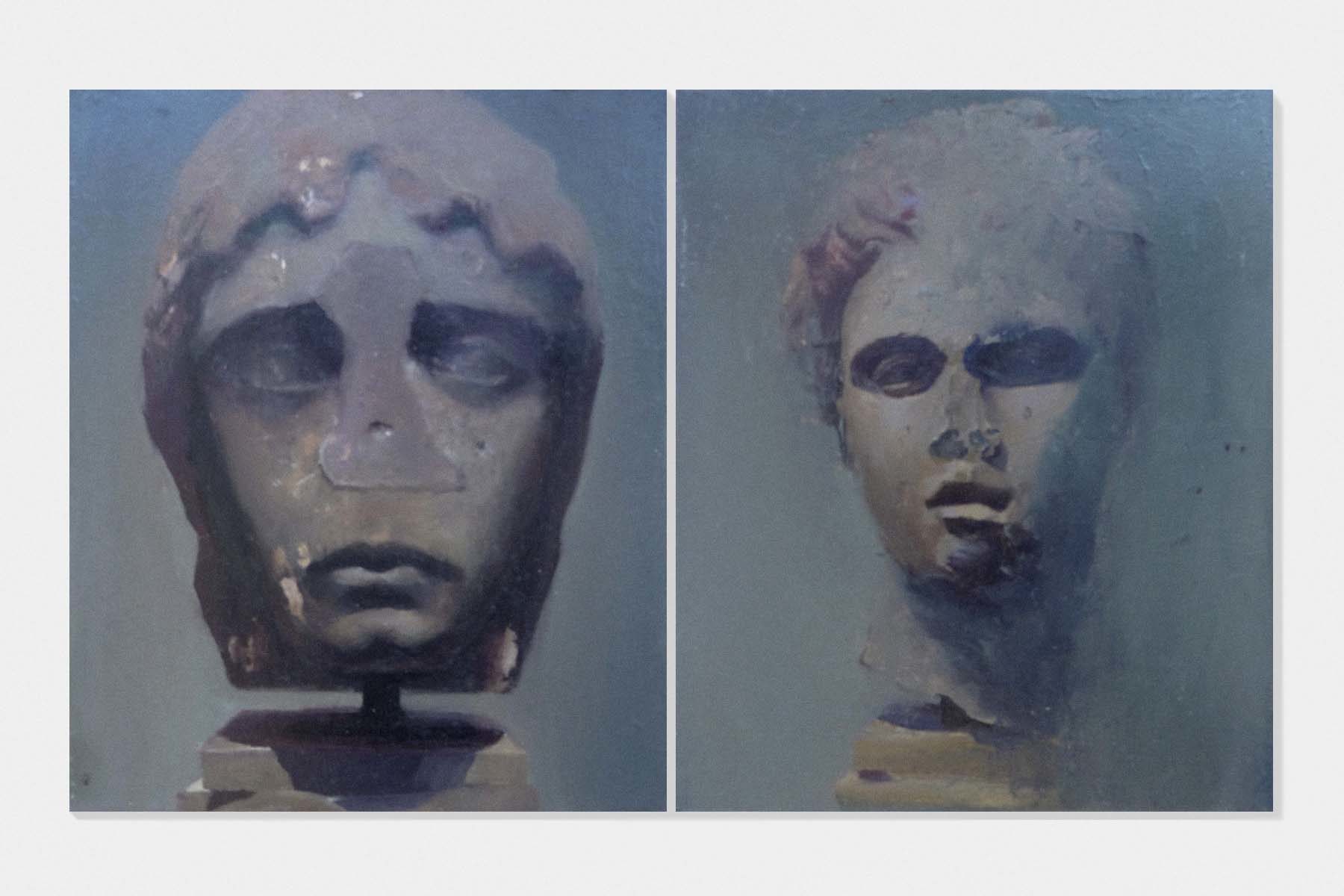 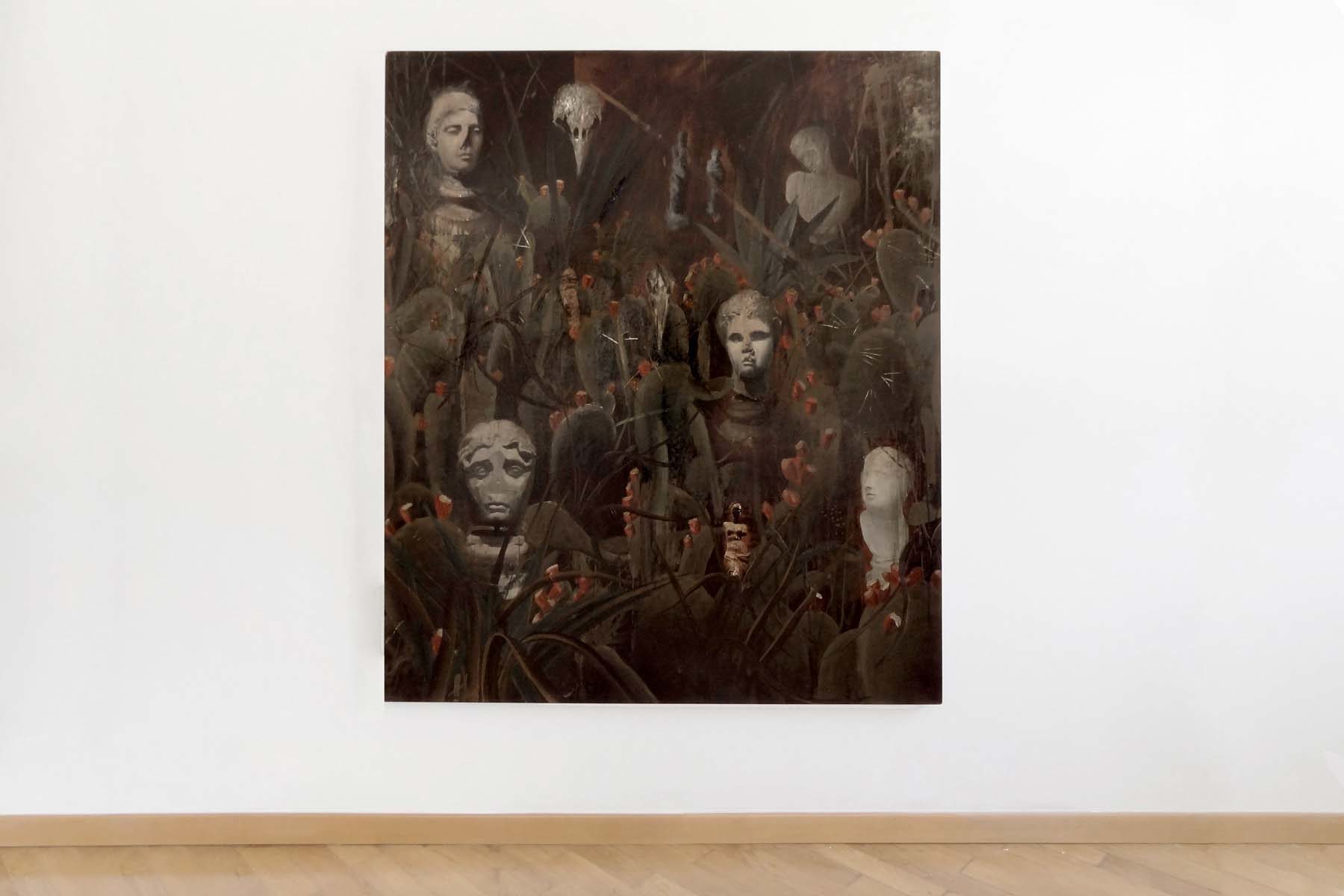 
The art of Andrei Ciurdarescu is characterised by a painting that questions the constitutive matrices of reality by way of an analysis of memory and constitutive details. The Me in the Garden project presents intense figurative painting that analyse the constructive/destructive interactions between anthropic elements and nature in gardens: a metaphor for the conflict between opposed social, economic, political, and anthropological trends.

The show examines the proscribed space in which botany, aesthetics, and natural spontaneity collide and continuously adapt to each other. For Ciurdarescu, what is decided by the context, the limitations imposed by the location, the climatic and meteorological variables, and also the visual taste and culture of those who cultivate and tend gardens, are the triggers for an intense dialogue between different kinds of brutality: the voluntary and authoritarian one sparked off by humanity, and the random and necessary one determined by nature itself.

With a carnal and tactile painting, the artist in fact reveals the marks of the conflicts and insults that the passing of time has inflicted on both aspects. Grass grows and agaves, with their pointed leaves, lushly proliferate, lapping the stone paths, the crumbling ancient sculptures, and the boxwood hedges, all modelled with the firm hand of a lover of ars topiaria. Among the prickly pears painted by the artist, however, there crop up heads of divinities and philosophers, the busts of Roman emperors, even more sensual in the lustful abandonment caused by time: the seemingly incorruptible icons of an ancient and all-too-human world that fights in order not to die completely, not to be swallowed by history. Beauty, however, symbolised in some of the paintings by the presence of a sensual Venus, is only a fragmented prisoner of the past, a shred that is unable to oppose the power of change.

Ciurdarescu’s is a philosophical kind of painting that shows the anxieties of existence and the human desire to outlive ourselves, testified to by the remains that archaeology has given to us. And it is also a warning not to overestimate the constructive strength of our acts, not to endlessly trust in those of our actions that are aimed at glory.