Igor Grubić, Do animals dream about freedom?, 2017, video, work in progress, courtesy of the artist and Laveronica, Modica 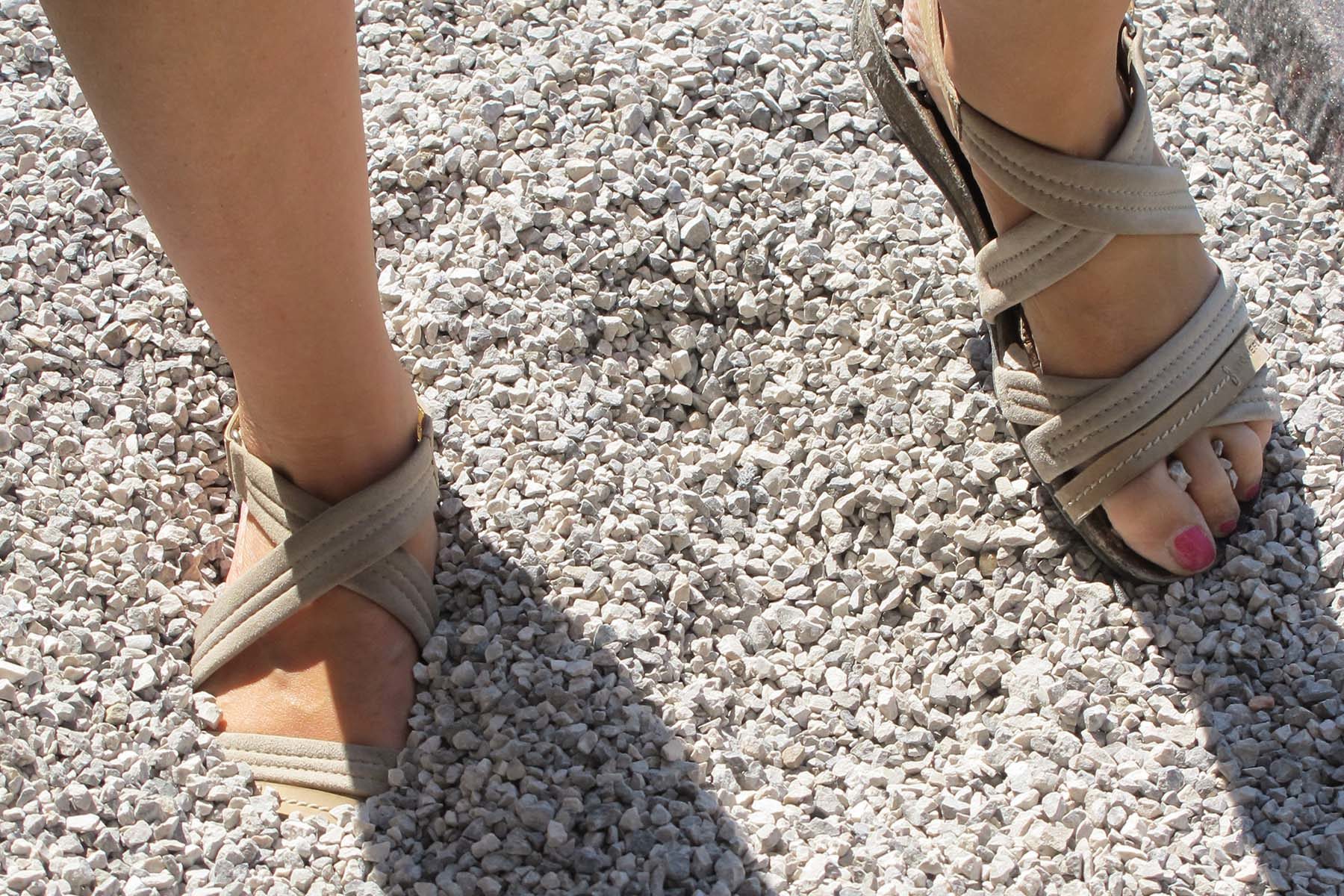 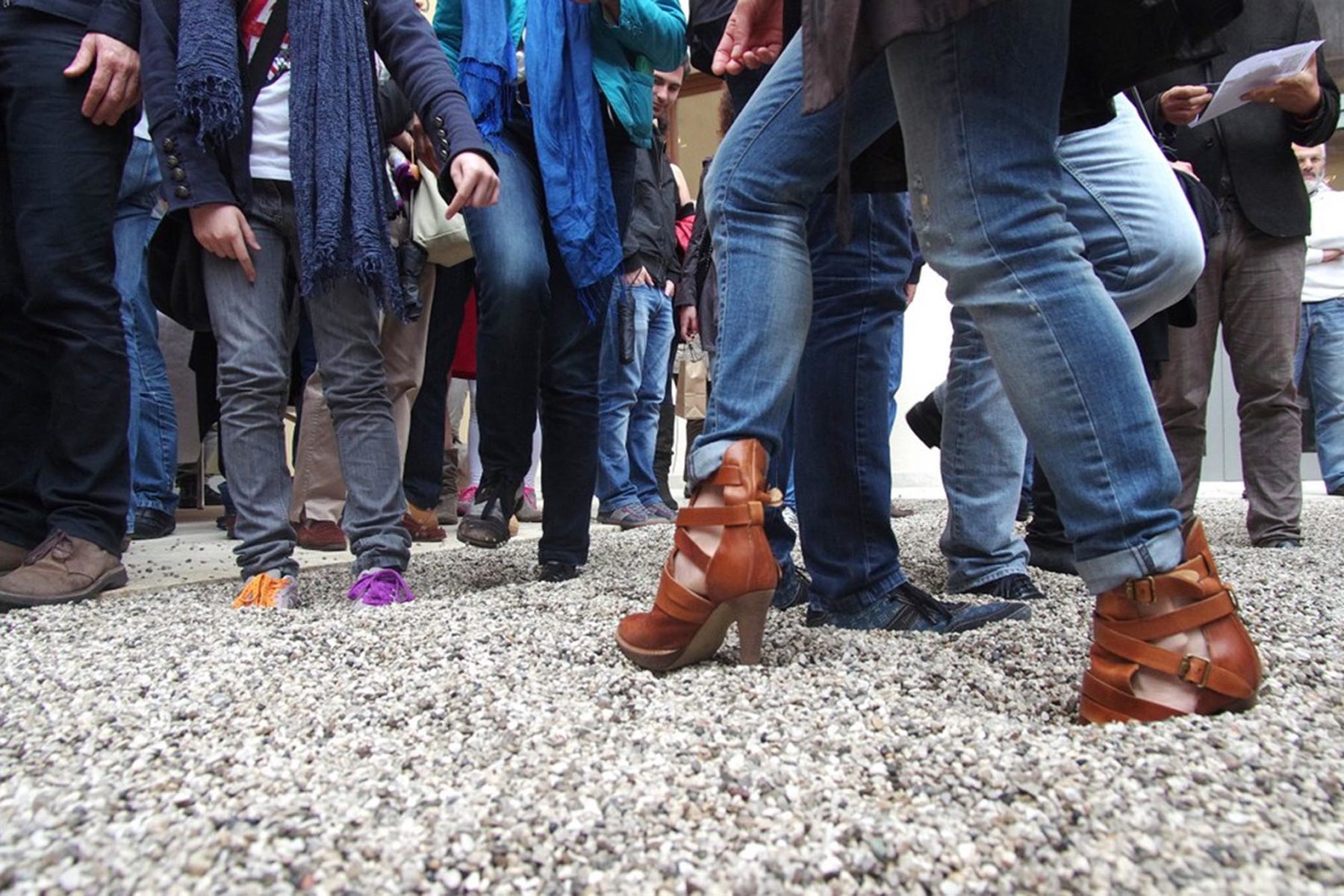 
The project ANIMA(L)RAVE recounts the story of the RAVE East Village Artist Residency with the works produced over seven years by the artists hosted by the residency in Friuli. The show gathers together for the first time all the works created by Regina José Galindo, Igor Grubić, Ivan Moudov, Adrian Paci, Diego Perrone and Tomás Saraceno during the period they passed in the territory of Friuli Venezia Giulia. A part of the show is outside the venue of the villa with the multidisciplinary project by Igor Grubić based on poster advertisement in the billboards of the main cities of the region.
The RAVE East Village Artist Residency is an artist project based in the countryside of the Friuli region; it is an area that is mostly meadows and where there live animals rescued from the food industry. This condition of extreme freedom has favoured the development of a dialogue between animals, whether of the human or non-human variety, and has placed the artists in a situation in which to develop their own art with a spirit and sensitivity never before experienced. In these places there have been, what is more, meetings with philosophers, writers, activists, journalists and art critics for forging interdisciplinary processes aimed at gaining a view of something that is absolutely otherness.

Regina José Galindo
The video La oveja negra (The black sheep) records the performance undertaken by Regina José Galindo in which the artist, on all fours, was covered in earth while among a dozen sheep and lambs saved from the slaughterhouse and that now live in freedom with the activist on the hills of Friuli; their bleating could be heard throughout the valley. In this way the artist had made herself into a living monument to the black sheep, not only in an autobiographical sense, but also with reference to dissident intellectuals of all times, and to the least important par excellence: animals. As Iara Boubnova wrote in her critique, “The selflessness and the bodily sacrifice of the artist trigger associations with shamanistic practices but also further the methodologies used by Ana Mendieta and Marina Abramovic. The Black Sheep is a powerful manifesto of otherness”. The whole performance was streamed live at the Museo Macro Testaccio, in the great building of the former Roman slaughterhouse.

Igor Grubić
Do Animals…? is a carefully developed project by Igor Grubić, evolved from an analysis undertaken in the former slaughterhouse in Gorizia, now used by Biolab, a firm that produces vegan foods. The project, conceived in collaboration with Quartiere Intelligente, consists of sequences of videos made in the rooms before and during the reconversion, a series of posters like unanswered questions derived from the images themselves, and a video interview in which Ivan Tavazzi, a former worker in the slaughterhouse and now an activist for animal rights, speaks with the psychotherapist Erica Costantini. The former slaughterhouse becomes the place of absence par excellence. In these suspended spaces, where we perceive the passage of what there was before, there is a single presence: the female dog Bjork is the only non-human animal that entered the place and left it alive. The project reflects on the hidden perspectives and psychological aspects of what happens inside the black box of slaughterhouses, and makes clear, with a calm but decided tone, the dynamics of animal exploitation, and alludes to a possible overcoming of the conflicts between human and non-human animals.

Ivan Moudov
The video Stones records the installation by Ivan Moudov in the courtyard of Casa Cavazzini, the venue of the Udine gallery of modern art; it was made thanks to the insertion of a layer of foam rubber underneath the stones of the building’s internal garden. In this way the floor became unexpectedly soft (visitors to the show were deliberately kept in the dark about this) and those who walk over it find their feet sinking down a few centimetres. This forces pebbles to infiltrate between the feet and the shoe uppers or, in the case of sandals, between the toes. For the observers this is both ironic teasing and a warning to take nothing you see at face value, whether in everyday life of within the walls of a museum. More in general, Moudov’s Stones represents an expression of how art could be: uncomfortable and able to make us look at the world with a view never previously attempted.

Adrian Paci
Adrian Paci’s video Inside the Circle stages in a symbolic manner the relationship between man and animals by way of the figures of a nude woman and a horse inside a paddock, both facing each other in a state of nature. The work shows how it might be possible to create a relationship between mankind and animals with the use of both the gaze and of the body with its archaic linguistic code of gestures, movements, directions. Furthermore, the video – which iconographically reminds us of the representations of young women together with unicorns in medieval bestiaries – is a poetic metaphor for the relationship between the female and male aspects because it alludes to the contrast between the beauty of the woman, centripetal for the eye and for Eros, and the virile potential symbolized by the horse, explosive yet dispersive. In its plurality of perspectives, it goes beyond such a representation: in a primordial dance of the dynamics of the herd, there emerge meetings and domination at the same time. The video sees the participation of Tiziana Pers and of the horse Tor De Chirincito which she saved in the summer of 2009.

Diego Perrone
In Piedi Diego Perrone invited some children to play a game with a part of their own body after having met Vincent and Pedro, a donkey and a goat recently saved from the slaughterhouse. Each child, in fact, was asked to paint the soles of the feet of its partner. Then, in order to make reciprocal portraits of their feet, they were given cameras which, in their hands, became unstable, were turned upside-down, and trembled but, at the same time, became as intimate and true as any drawing they might have made with a pencil. In this way play, imagination, and experimentation coincided in an action that was not conceptually different from the creative inspiration that an artist can undergo during his art activity. So the focus of this activity was not a reference to animals in themselves – which are always aware of themselves – but the very process of work, in the sense of a progression of consequent moments and the natural evolution of forms.

Tomás Saraceno
The works making up Expanse NGC by a Tegenaria domestica were realized by Tomás Saraceno by taking abandoned spider webs from beneath the roof of the baroque Villa Manin, in an area near to the tympanum recess where the clock mechanisms are to be found. In that area spiders of the Tegenaria domestica species have patiently spun their webs into perfect structures, bringing together geometrical knowledge, techniques of construction and behaviour, and animal strategies. In this way, Saraceno recounts in the form of a documented sampling the thousand abilities of those spiders, and more generally the enchantment of nature, able to construct architecture with apparently fragile and delicate yet precious materials. As he himself has written, “The time of the residence in Villa Manin became less as an object, a parcel (a product). It shaped itself as a durational piece, a Bergsonian duration that was progressively drawn by a spider in the attic. Do animals build architectures to inhabit time rather than space?”.