Venice (I), Complesso dell’Ospedaletto
May ― November 2019 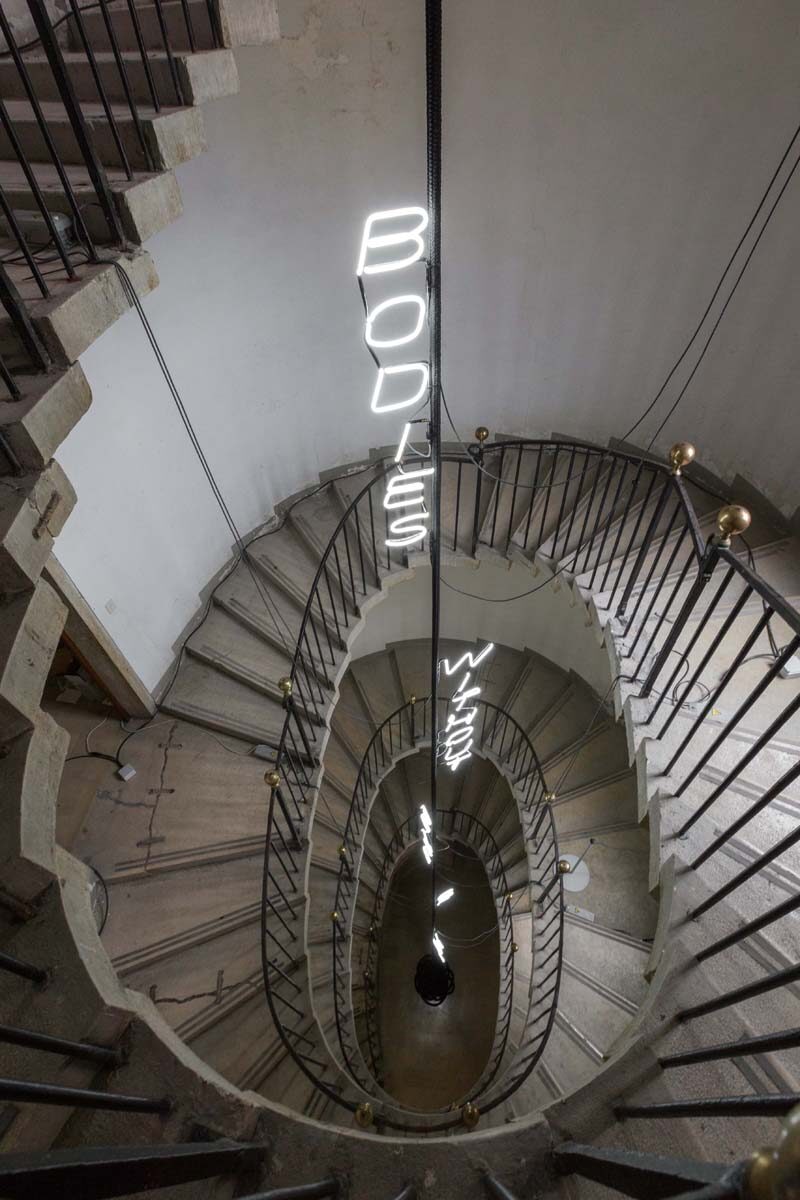 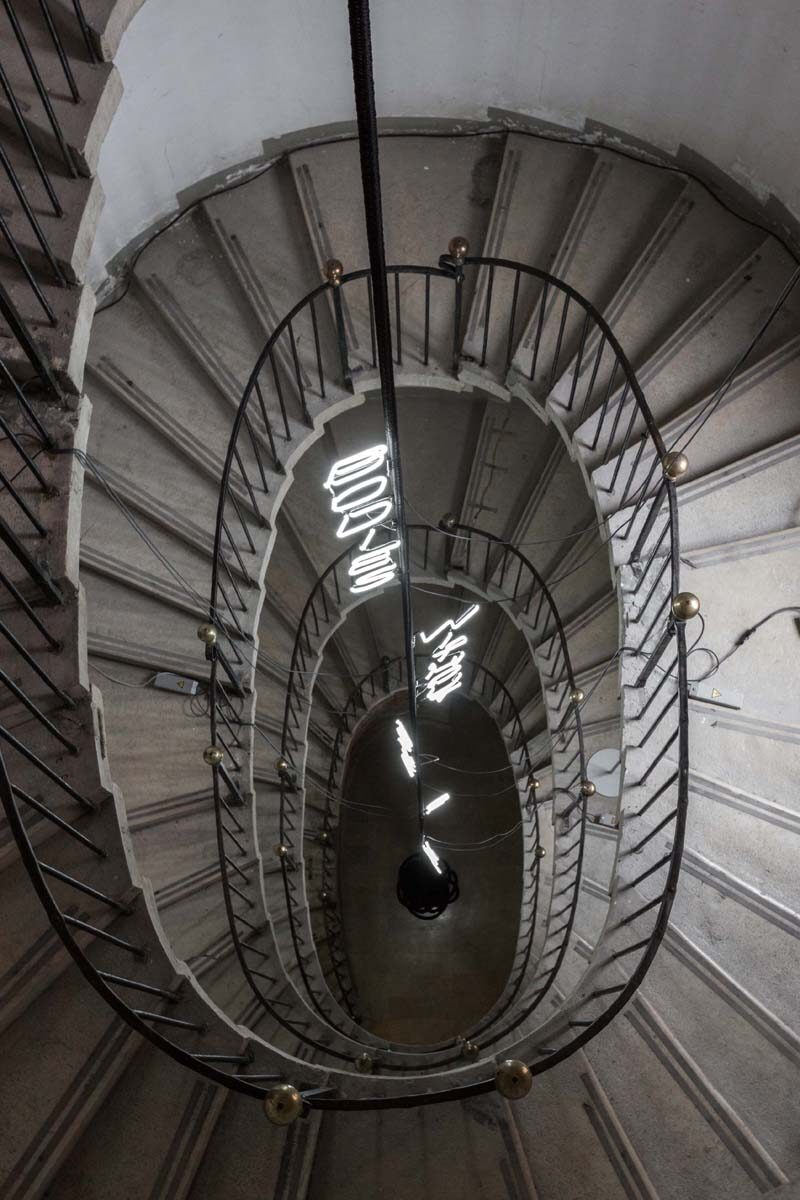 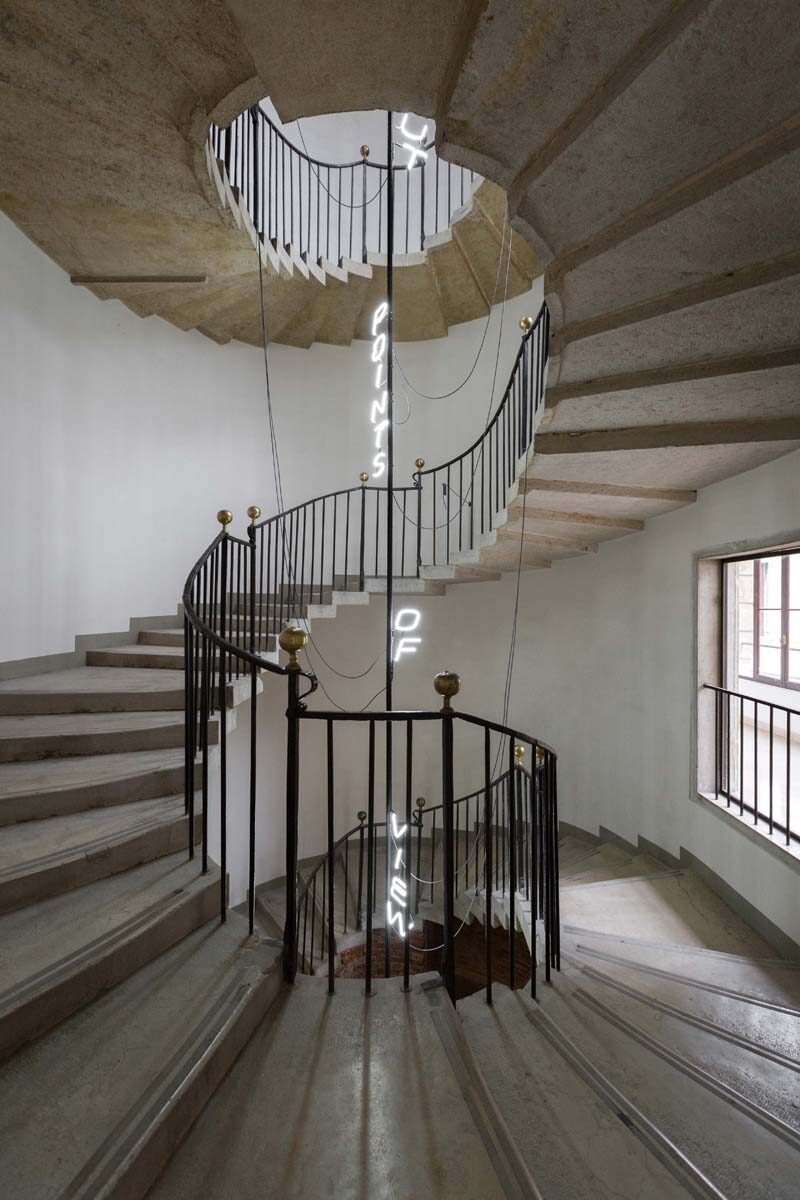 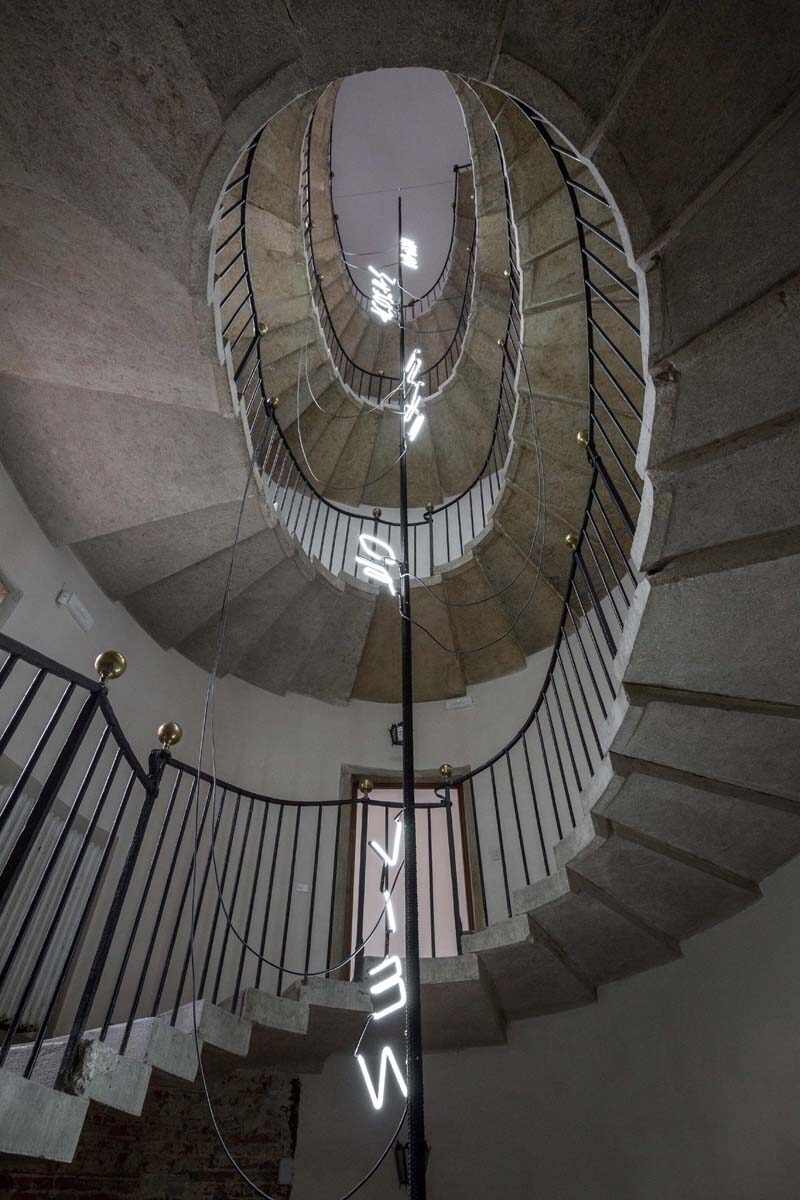 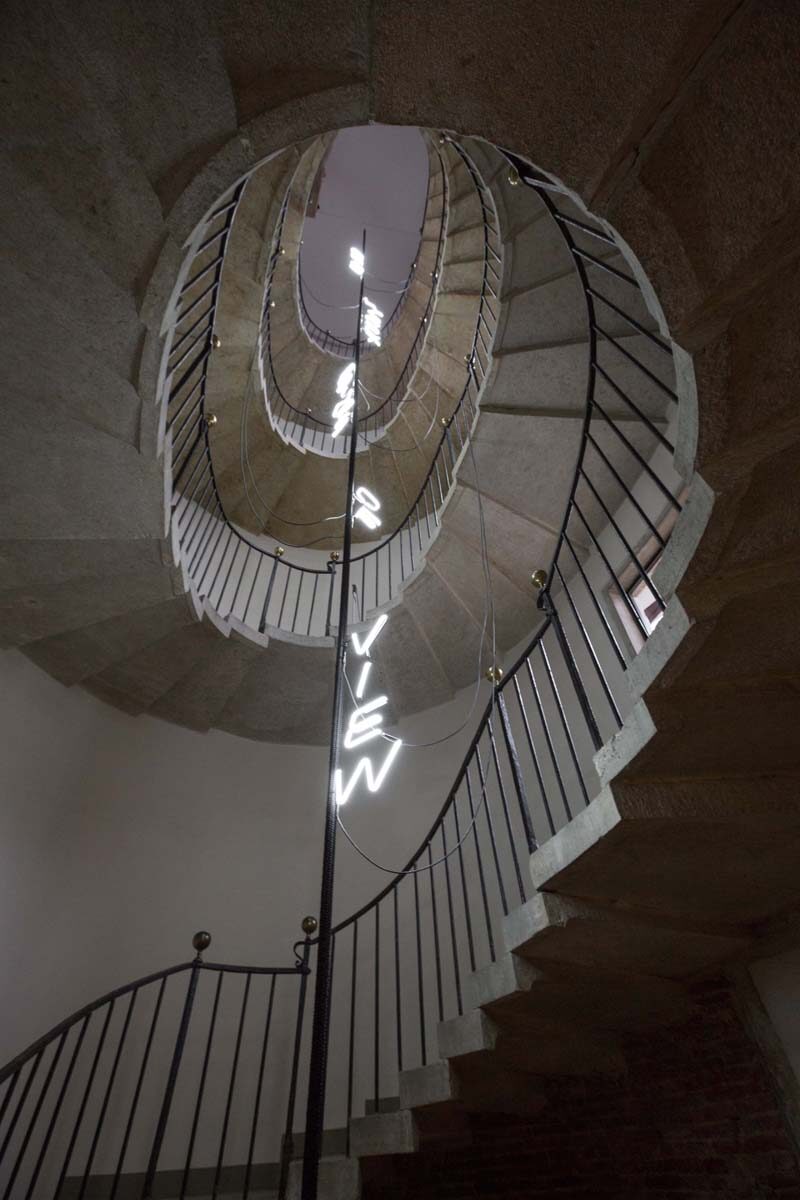 
In 1666, the architect Giuseppe Sardi completed the stairs of the Ospedaletto, with the intention of connecting the various floors in the building that was a hospital and a orphanage, illogically organised at the time. Choosing to adopt and reconsider the spiral type, he added baroque flair in an elliptical form. The steps were positioned to directly join the marble into the side walls, by utilising a simple but particularly charming solution, which allows a gradually descending chiaroscuro effect with a geometric rhythm.
Inspired by the space, Arthur Duff developed an essential and incisive site-specific installation that combines light and sculpture, drawing visitors’ attention to the verticality of the staircase. In fact, the artist has identified in the space a forceful line, that gathers and guides the observer gaze from the top to the ground floor, following the natural gravity. However, the light and words of Bodies without points of view are also a reference to treatments that were given here to those in need: built in the second half of the 16th century, originally the Ospedaletto’s primary mission was to take care of the sick and later of the orphans too. Duff’s artwork is an intimate connection with those who received the needed attention. Meanwhile, in a metaphysical and timeless sense, it is a mention to the body and to its constant dissolving and manifesting in the eyes of others.