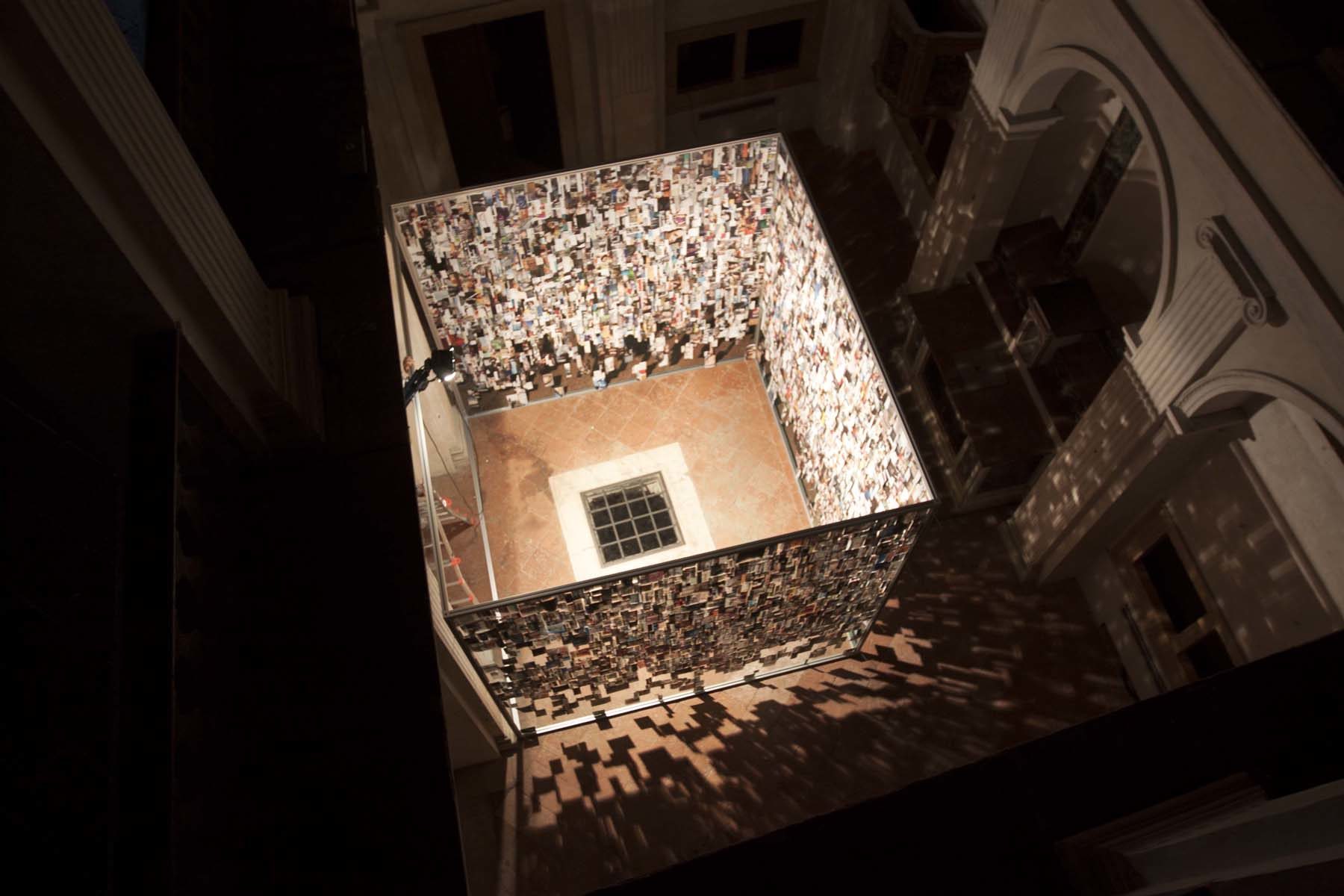 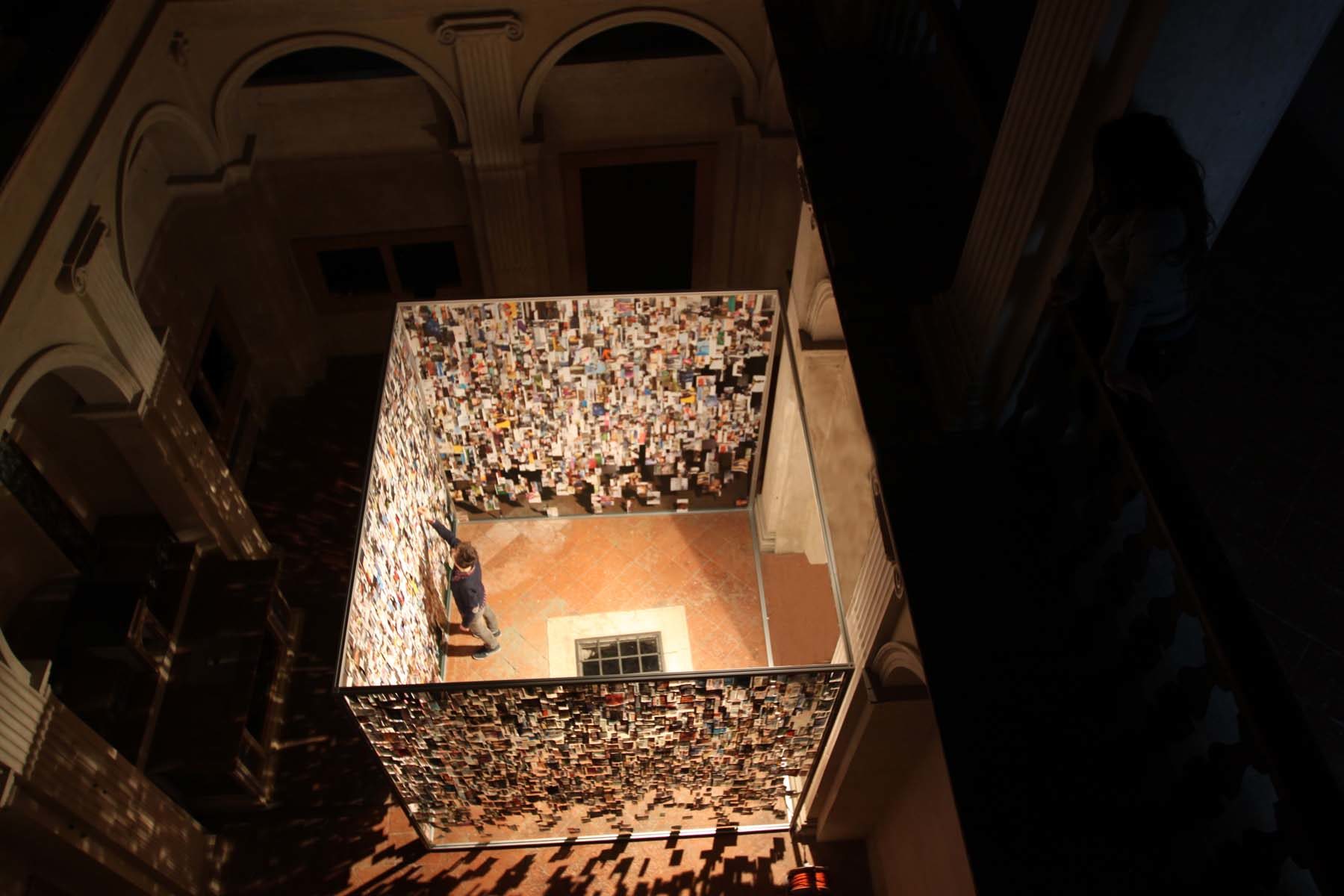 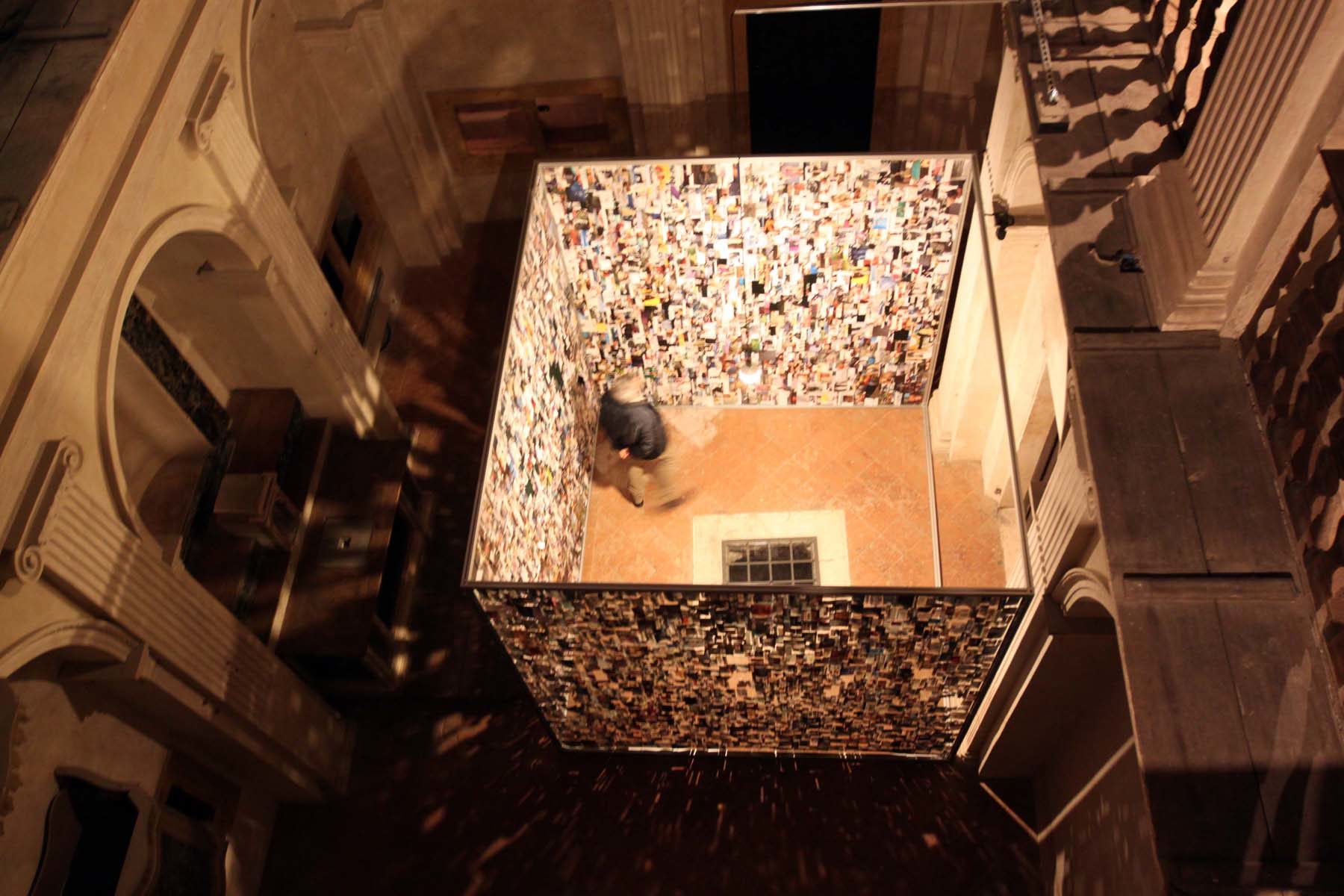 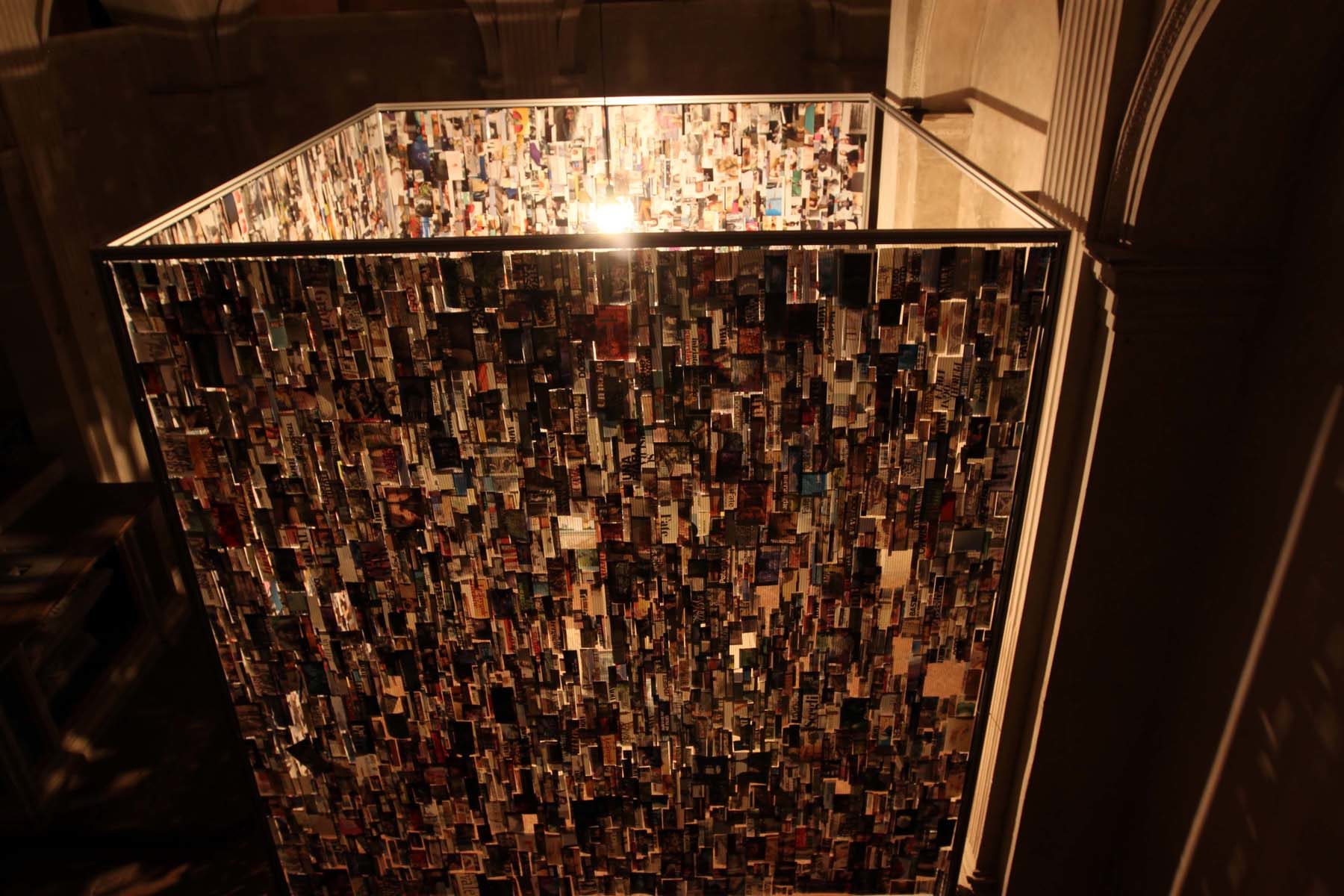 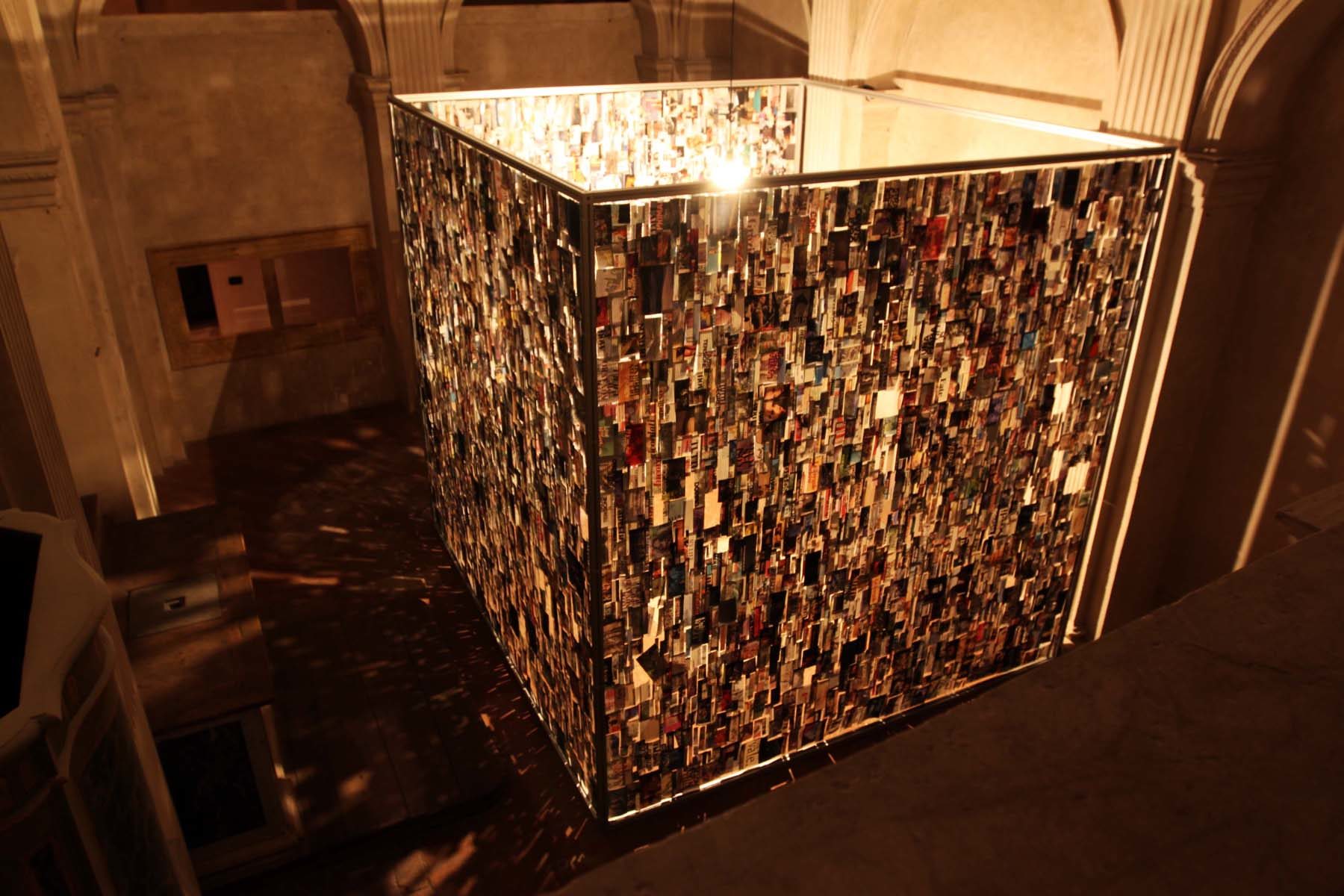 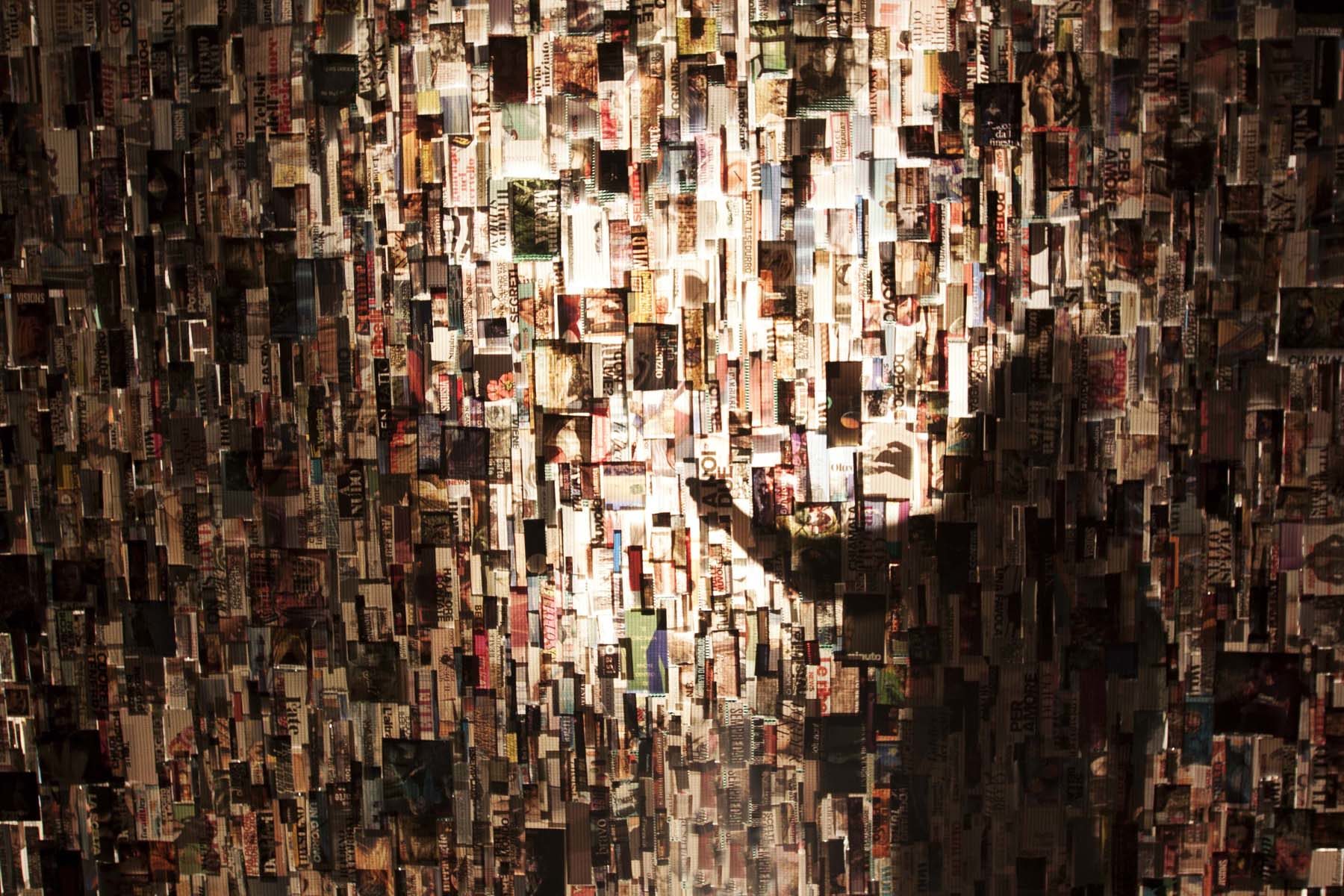 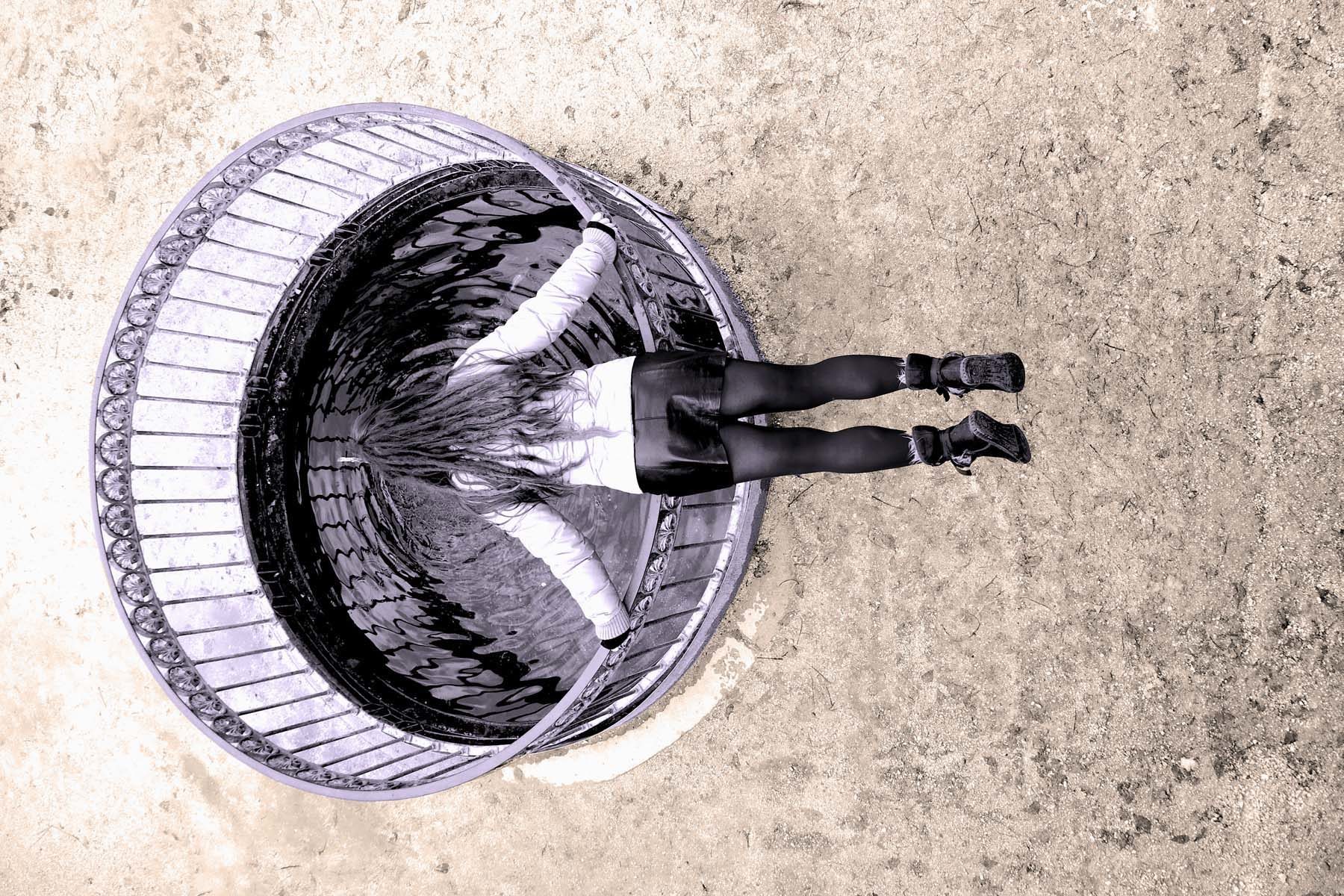 C. Luiselli, If I tremble on the edge, 2015, inkjet print on aluminium 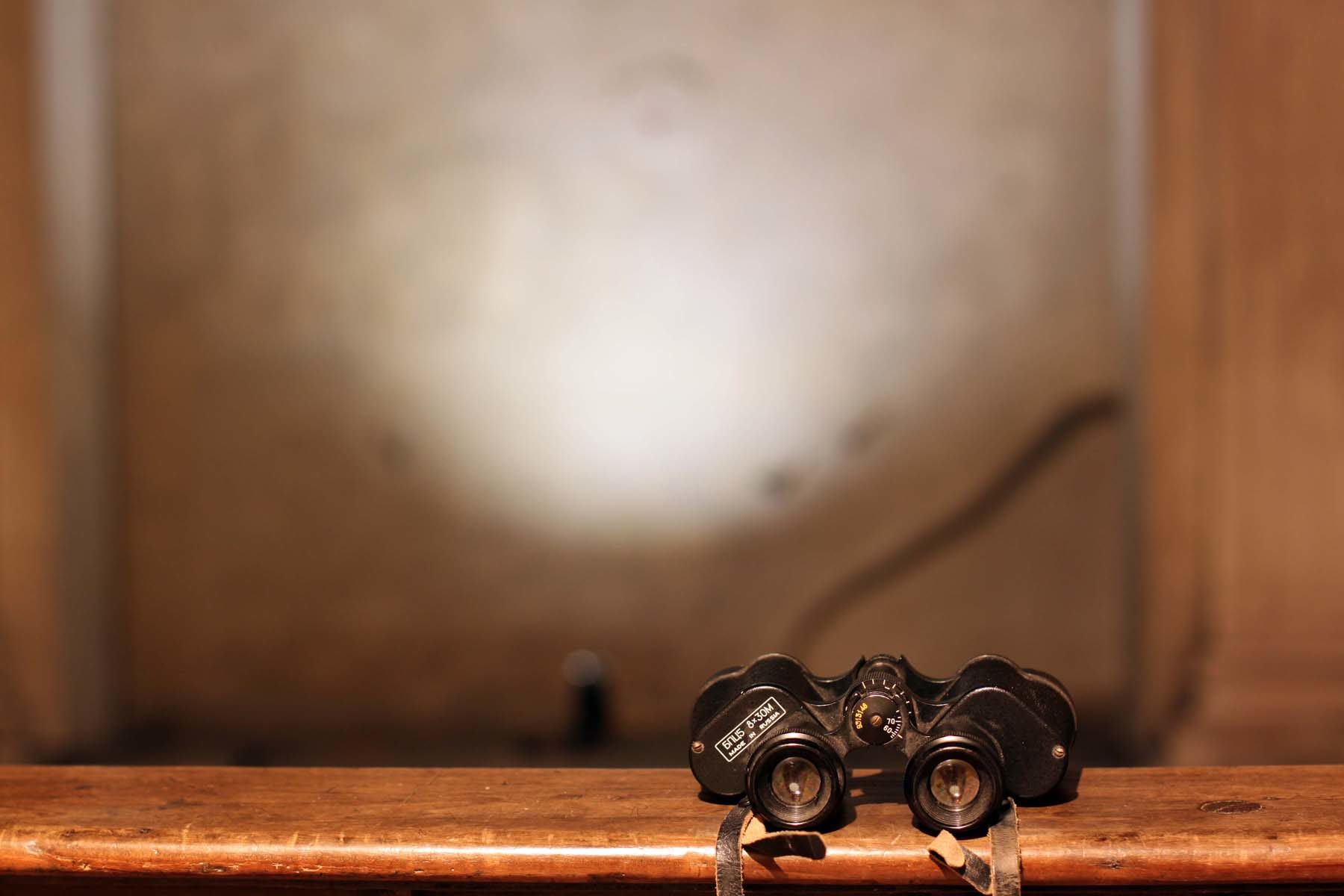 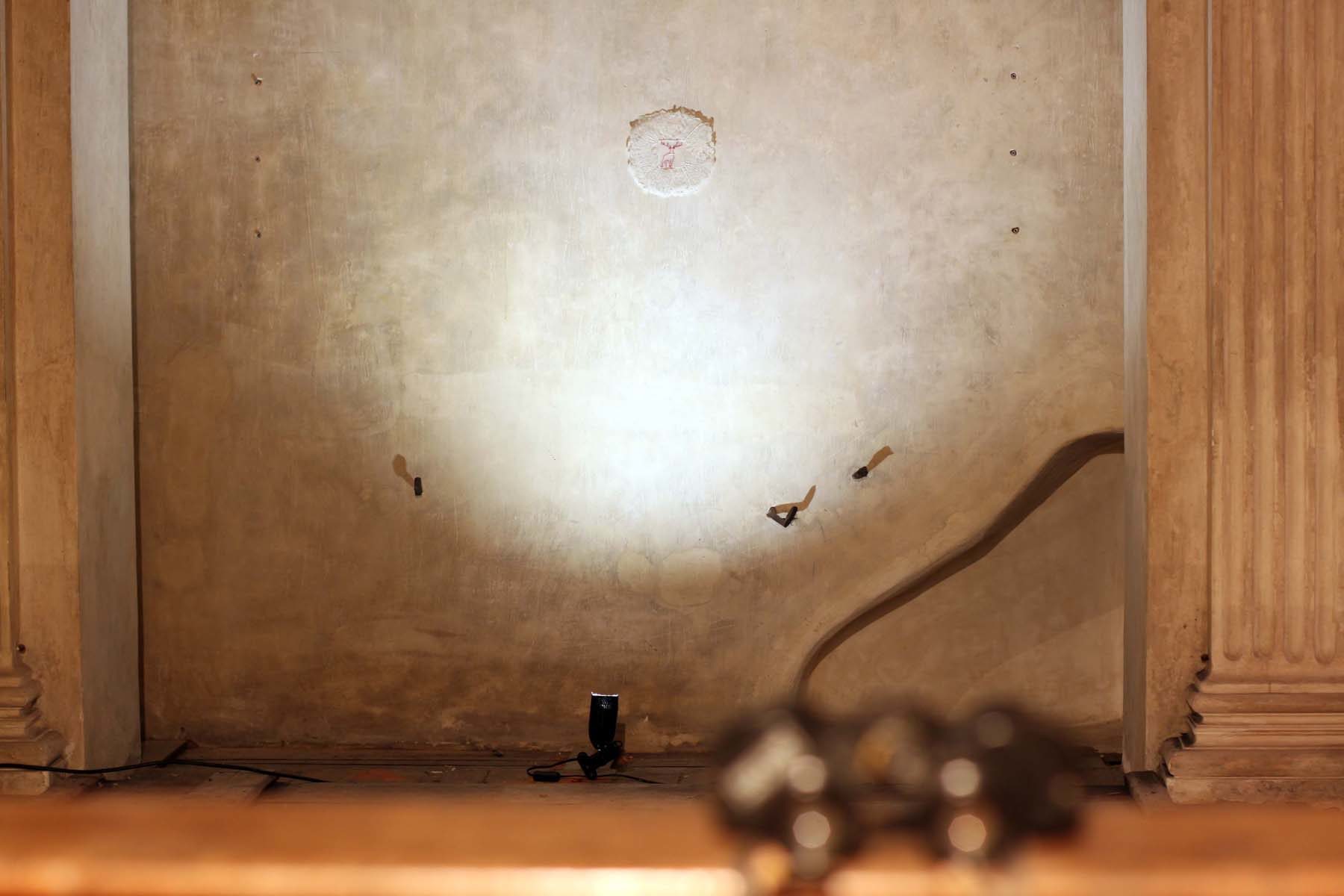 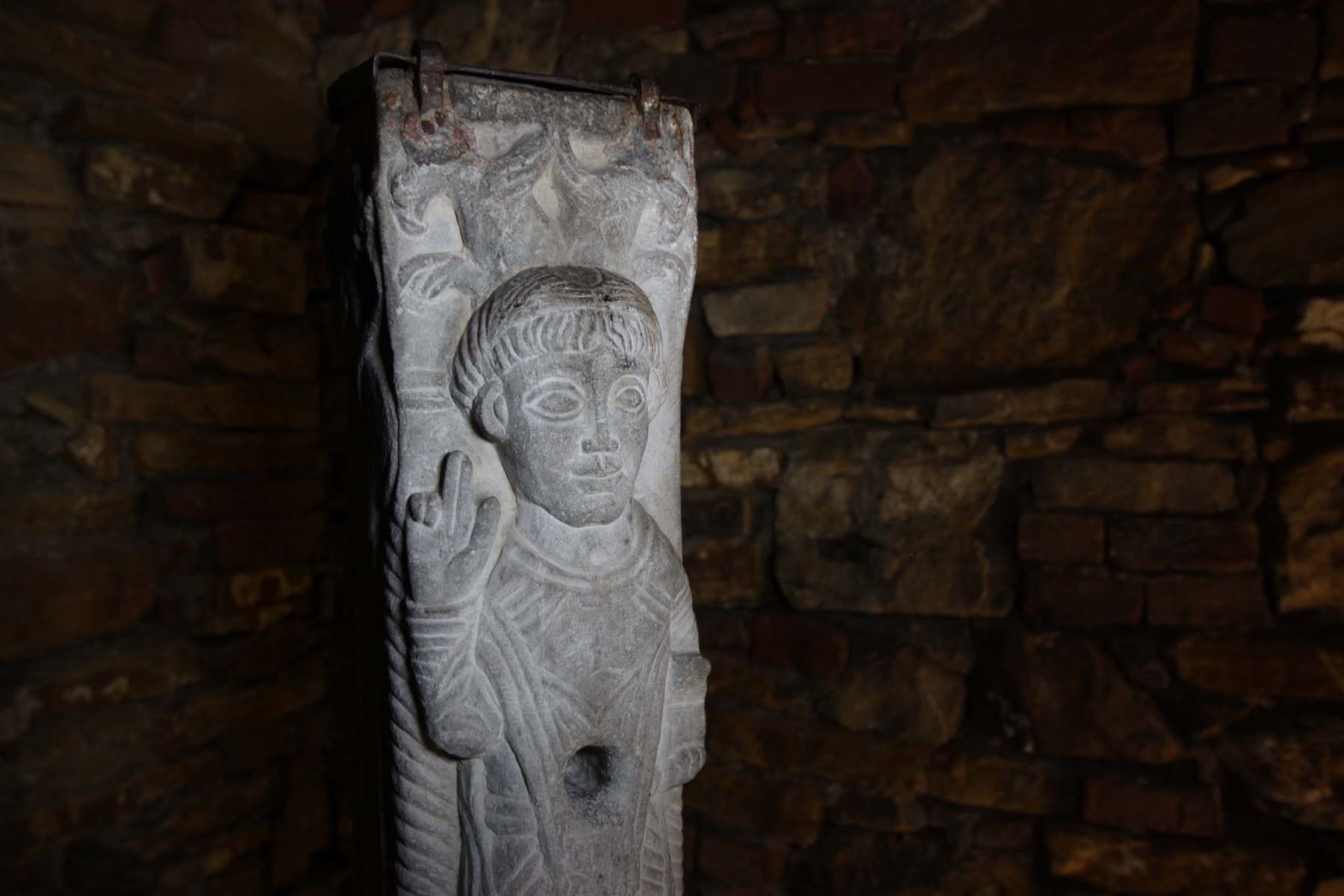 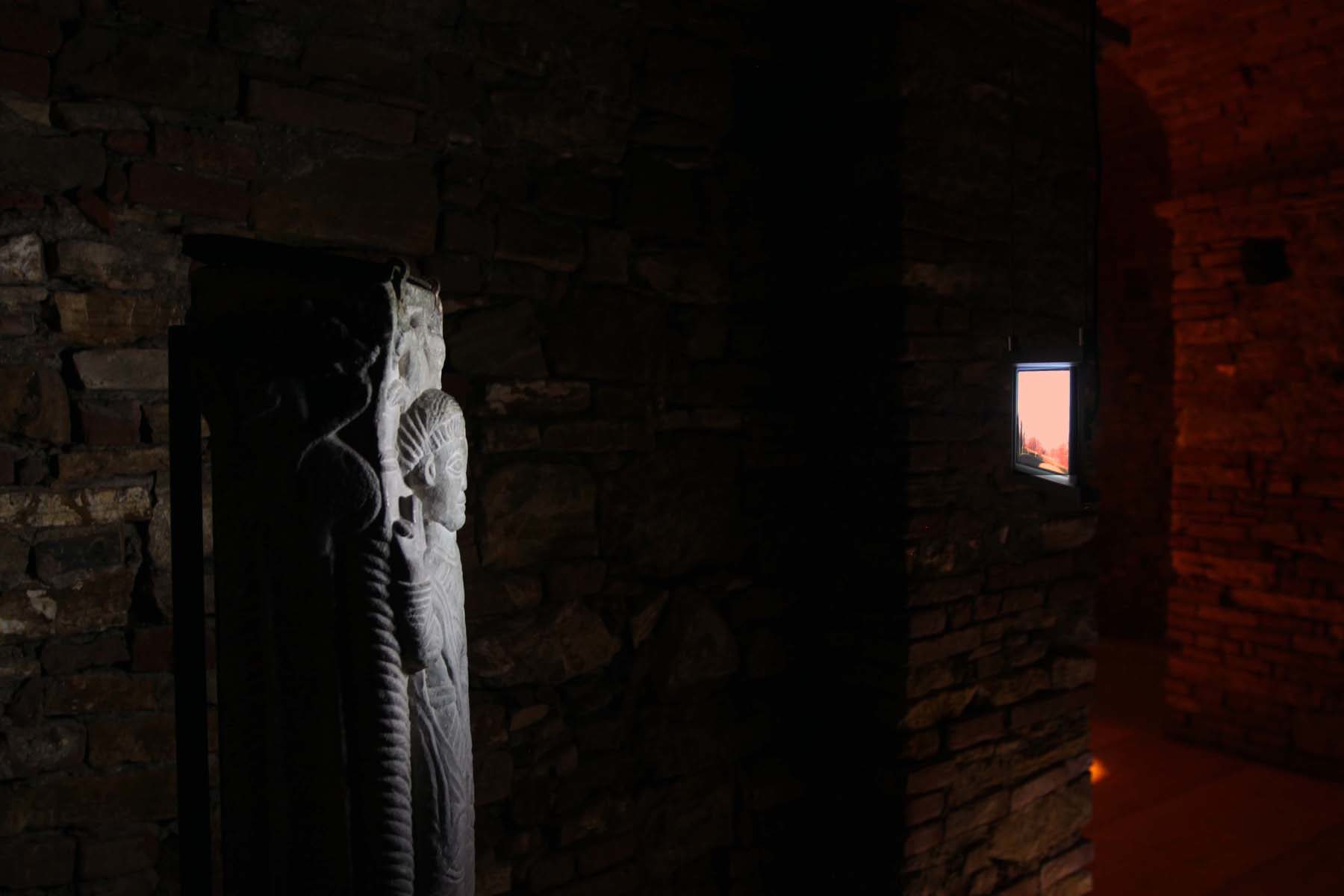 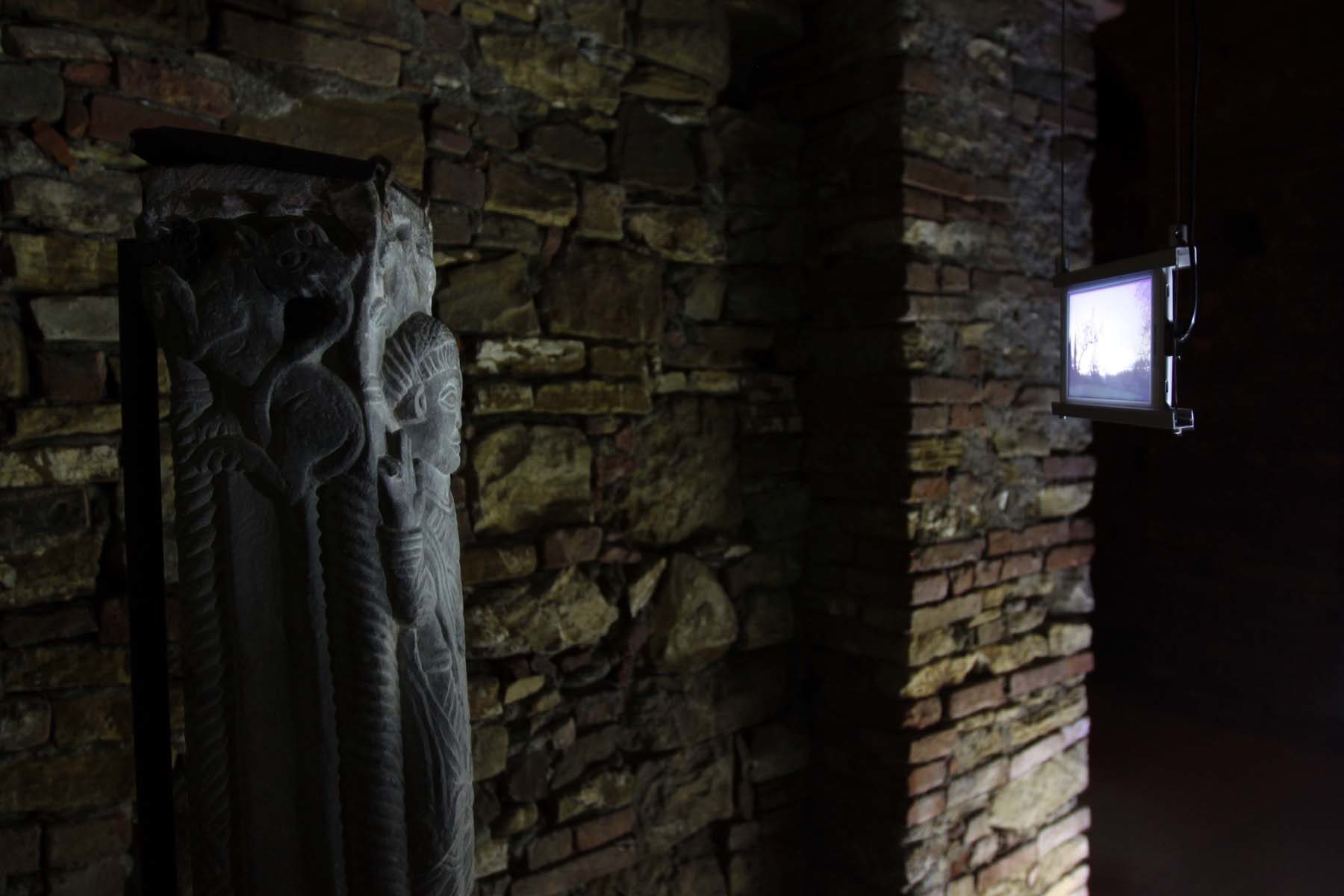 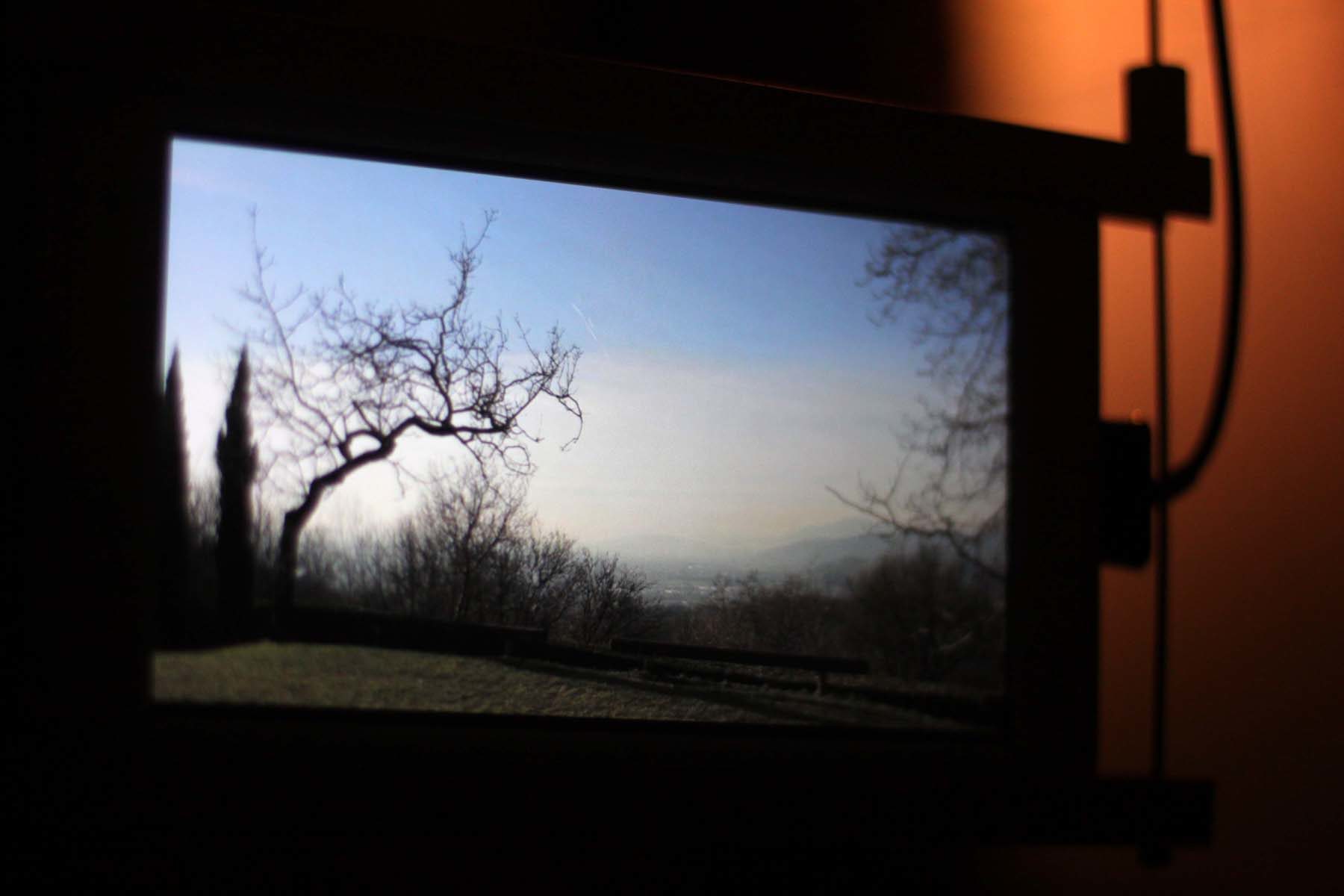 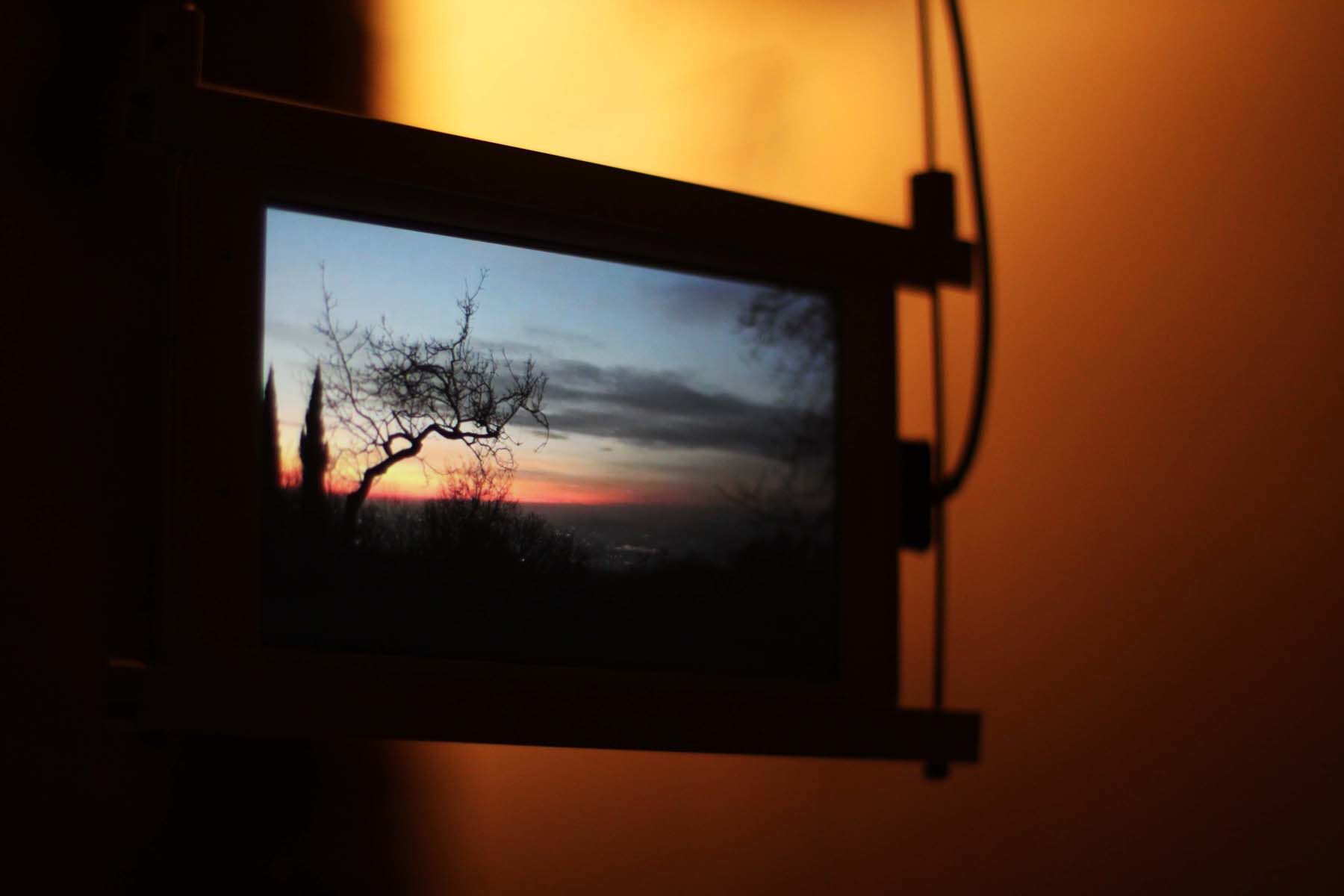 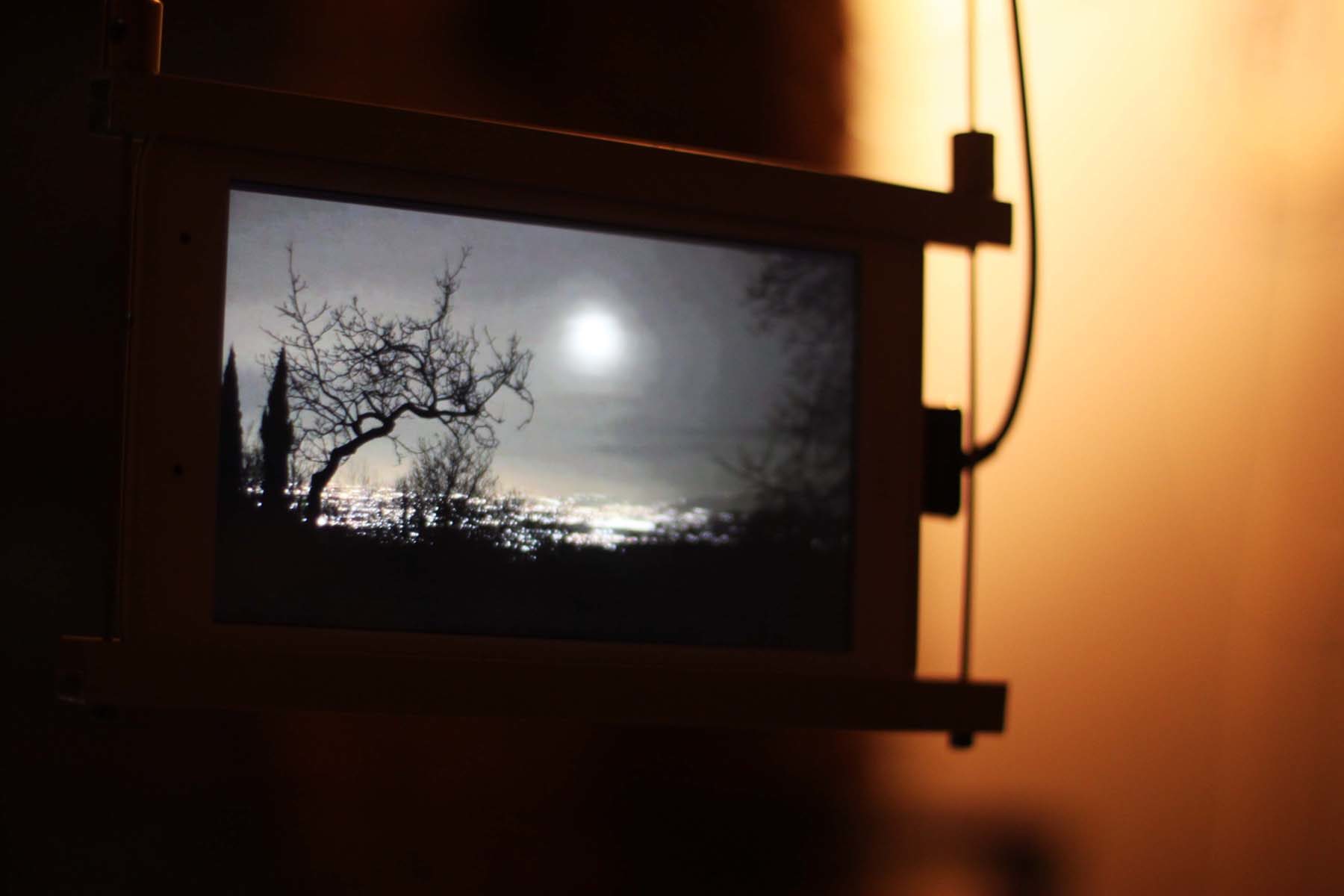 Against the Authority of Time
Daniele Capra


Poetry is an event and as such cannot be a commentary on events…
It is something that, in the moment it is born, in some way adds to reality.
Andrea Zanzotto [1]

There is a particularly exciting moment when you’re printing photos from film in the dark room. It’s that instant when, in the dark of the safety lamp, the paper is dipped into the developing liquid and the new image appears before our eyes, first as deepest blacks and then as clearer and clearer shades. That moment is a sort of epiphany that belongs to us fleetingly or unwittingly appears and becomes real before us. From that moment on, a fragment runs beside the flow of our psychical life, with a soul of its own and whose presence will flow alongside our own. That piece of the frozen world is in fact, an element which is a witness to our past, a material memory.

In Oracle Room Clara Luiselli, in completely specular fashion, trusts the observer with a projection of her own life intended for what is not a past time, not a memory. The installation made for the central space in San Lupo, is made up of a cube of ephemeral walls built of thick netting with hooks holding thousands of small strips of paper. Visitors have two choices: go into the room and look at the scene from the scaffolding above as a simple spectator or to pick up a piece of paper. Every strip of paper is a cutting from a magazine, a newspaper or an advertisement, with an image on one side and a word or sentence on the other. The visitor is invited to take it and make it his own. In this way the artist, almost by magic, begins a process which leads to the future. The strip of paper is, in fact, a scrap parallel to life, to that part of life about to unfold, which is however neither precise nor detailed, but just an allusive anticipation, a suggestion of truth we could reach if we were not so foolishly caught up in the present. The modest and delicate oracle Luiselli shows her spectators is a prolepsis, a word in advance, that acts softly on our future and on the psychological dynamics which subtend its construction. Not by chance prolepsis derives from the Greek πρόληψις, from before and take in the sense of take hold of in advance; in this way, with a gesture, the spectator tries out the work showing his wish to know something as yet unknown. It must be remembered that the choice of the bit of paper is completely random and depends on the choice of the spectator. And this method chosen by the artist depends on the stream of life and the condensation of art in an event which takes up no more than an unrepeatable moment.

But Oracle Room is a place destined to end through the constant changes which lead to disappearance, in a time in proportion to the number of visitors. If on the one hand it’s important to observe how each visitor doesn’t find the room in the same condition as the visitor before him or the one who comes after; on the other, the more people who go in and pick up an oracle, the more the paper walls are reduced, showing little by little the structure of the exhibition space. With the progressive dissolution of the walls, the work will spread irresistibly into an undefined space. And in this way it will be lost and become poetry, “a thing which, in the very moment it is reborn, in some way adds to reality”.

The darkness of the underground spaces of San Lupo hold a sculpture which forms part of the installation Rediscovered Horizons. Mysterious, silent, fixed in the hieratic stone of which it is made, opposite a small luminescent monitor, you can see a landscape which changes from dawn to dusk. It is his landscape, the space overlooked by St Benedetto, on the hills of San Paolo d’Argon, in one of the first monasteries built after the Medieval Renaissance, from which the statue was recently removed for better conservation. In Rediscovered Horizons Clara Luiselli aims to give back horizons to the gazes of the works that have been removed from their original sites and to give them a sort of momentary reward for the incessant ravishing of time, through the flow of one full day from the original viewpoint held by the work. The work is characterized by a Processual Art approach and it’s part of an ongoing project started at the Gallery of Modern Art in Genoa in 2014. The artist will repeated the same action further in museums or exhibition locations, choosing dislocated works belonging to the immense artistic heritage of Italy.

The work stands through two overlapping times: the past, blocked in the metaphysical timelessness of the museum where the statue of San Benedetto resides, and the present, which the statue can no longer look on. If only for a moment, the artist’s objective is to join the two temporal dimensions by giving the medieval work that piece of the world which is his existential landscape. It is the ephemeral, yet tragically necessary attempt to annul the temporal growth of the horizon by events, to give form to a human utopia of a time less authoritative, wicked, less harrowing.