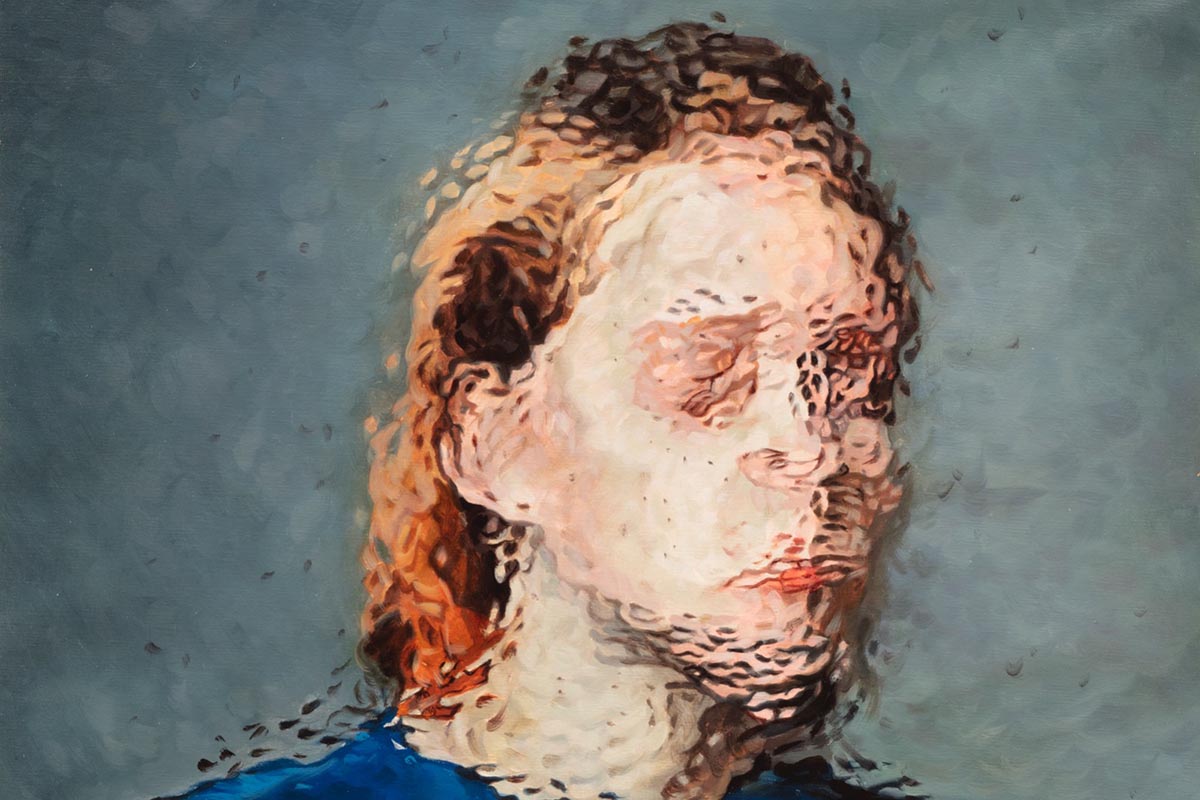 
The artistic practice of Diango Hernández, born from design and the analysis of the cultural and political context, has progressively been directed towards the primary elements of space, shape and color. Central to his poetics is the use of composition and visual rhythm originated by sign and color, which reveal an imagery charged with autobiographical elements. Even in the case of works in which formal aspects assume a fundamental role, the direct experiences lived by the artist or their memory are the main generative elements, without ever being in any way directly traceable or influencing the artist in an autobiographical way. Hernández became artist since he is a person who has experienced life and his works are the elements of a complex narrative of identity: in it, in fact, conceptual, socio-political and more distinctly visual aspects are poetically recomposed, through a synthetic form endowed with an impalpable magical aura. This aspect allows us to grasp the numerous articulations of the author’s research, which range with extreme freedom from sculpture to drawing, from installation to painting, but with great technical precision with respect to the chosen medium and its expressive implications.

The paintings of the Waterfalls series are the result of a first-hand experience of the artist, who, in a completely random way, finds himself observing an image through the old glass door of his house in Düsseldorf. Hernández is enraptured by that vision and by the both unfaithful and reliable deformed transcription the corrugated glass allows. He realizes how such simple artifice can be an instrument of wonder that can provide a magically altered version of reality. He begins to look at other images through the glass and decides to make those unexpected apparitions into works. So he begins to paint what he sees, mimetically transferring on the canvas, thanks to oil colors, those deformed visions. The resulting compositions are both allusive and elusive: in part they show the subject, making it understandable and manifest, in part they hide it not allowing to know it thoroughly. It is a sort of speaking with silence, made possible by the fiction of that simple semi-transparent glass that becomes, in Hernández’s logic, not so much a simple filter that stands between us and the world, but a real instrument of mise-en-scène of reality, completely autonomous. The artist’s aim is not so much to use a lens to obtain results that evoke other languages, as happened in pictorialism in which the photograph had to simulate painting, but rather to use corrugated glass as an unprecedented camera obscura, albeit anomalous and unfaithful, capable of selecting a slice of reality and making it surprisingly available to our gaze, thanks to its subsequent pictorial transcription. In other words, the process implemented by the artist does not aim to directly shape the result, making it pleasant or seductive, but to increase the intensity and poignancy of the original source. Hernández, in essence, does not focus on the final outcome, but acts retroactively by intensifying the force of the original content, in some way enhancing it.

In the same way, however, the deformation produced takes the form of the wave, a conceptual element on which the artist has been working for some time and with renewed approaches. The wave is at the same time subject, logotype and interpretative instrument through which to observe the world. It is a real point of observation, completely self-subsistent, which guarantees a unique and, in some ways, totalizing perspective. But it is also an iconographic matrix, a general/abstract concept and a sentimental approach, a reductio ad unum and a measure of the visible. The wave, in Spanish “ola”, is the fundamental element with a vaguely modernist flavor, but in an open and vital key, with imaginative Caribbean freedom. It is a sample to the possible surreal reconstruction of each image that painting makes possible, in total independence from reality and its most rigid limitations. Hernández deconstructs the perceived form to recompose it as an imagined form, with subtle lightness and lucid madness.

Classical painting and the subjects codified by the genres (in particular the portrait, the architectural view of the interior and the vase of flowers) are the primary subjects of his works, even if there is no emphasis on the mimetic representation of reality, that is, in wanting to resemble it in some way. In fact, the artist takes the programmatic freedom to digress, not to choose the shortest path, but to move in the surroundings, dilating the path with different strategies. It is a dynamic that leads to a perceptive slowing down of the spectator, who finds himself in a condition similar to the one who is looking at a text that continuously oscillates, as unstable as the continuous flow of the waves. In fact, Hernández transforms every observer into Italo Calvino’s Mr. Palomar (in the first story of the book of the same name), intent on catching the ripples of the sea and their perpetual variations, since “each wave is different from another wave, even if not immediately adjacent or successive; in other words, there are some forms and sequences that are repeated, though irregularly distributed in space and time.” The eyes dance in an attempt to capture the fixity of an instant, only to fail and start the game all over again. It is a challenge in which painting is tickled by the possible intertwining of lines and, in some respects, the language of graphics. In this questioning dance triggered by the Cuban artist, the viewer is involved in a wild dance that lasts well into the night. It is a continuous struggle between the detail and the overall view, between wanting to recognize and having to imagine that detail that has been eluded by the painting, since in front of Hernández’s work we are naturally led, like Mr. Palomar, to “to perceive all its simultaneous components without overlooking any of them.” His painting is thus a kaleidoscope that triggers the mystery of painting, in a game of revelations, presences, crazy chases and silent apparitions. Like the Cuban sea, which in winter in Havana bumps into the wall of the Malecón, shattering into a spray of salt water that covers the entire city with an impalpable veil that perfumes the air.