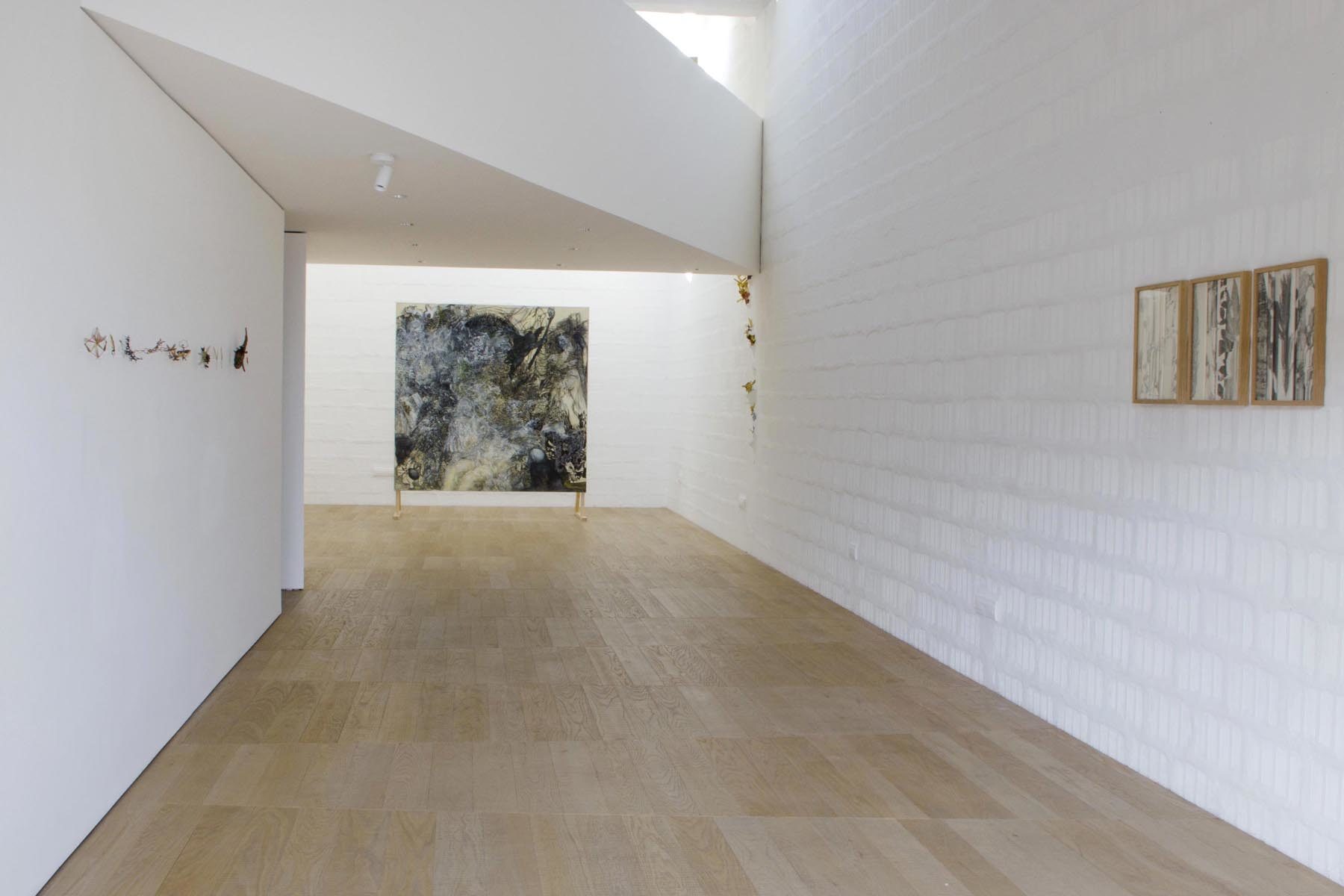 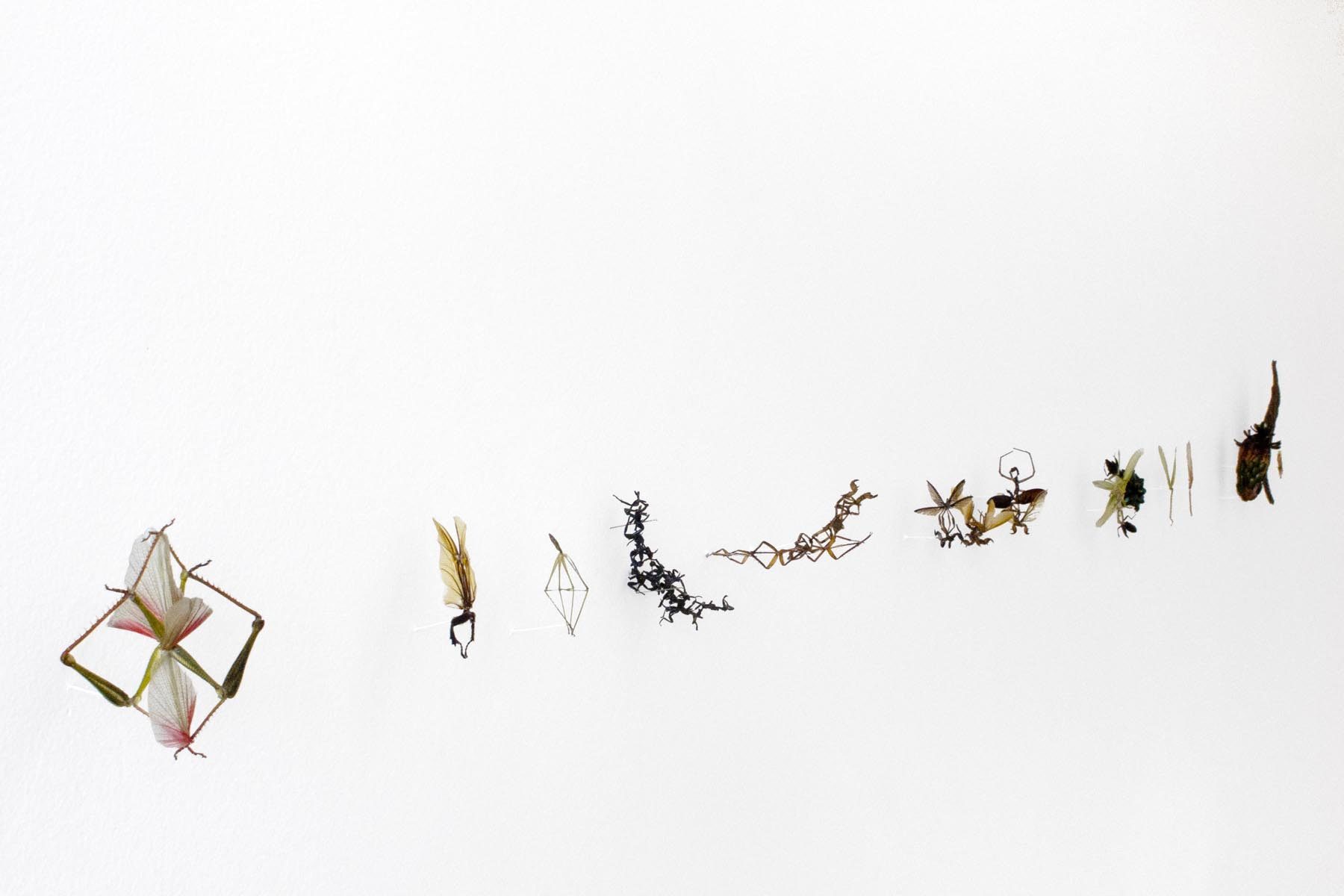 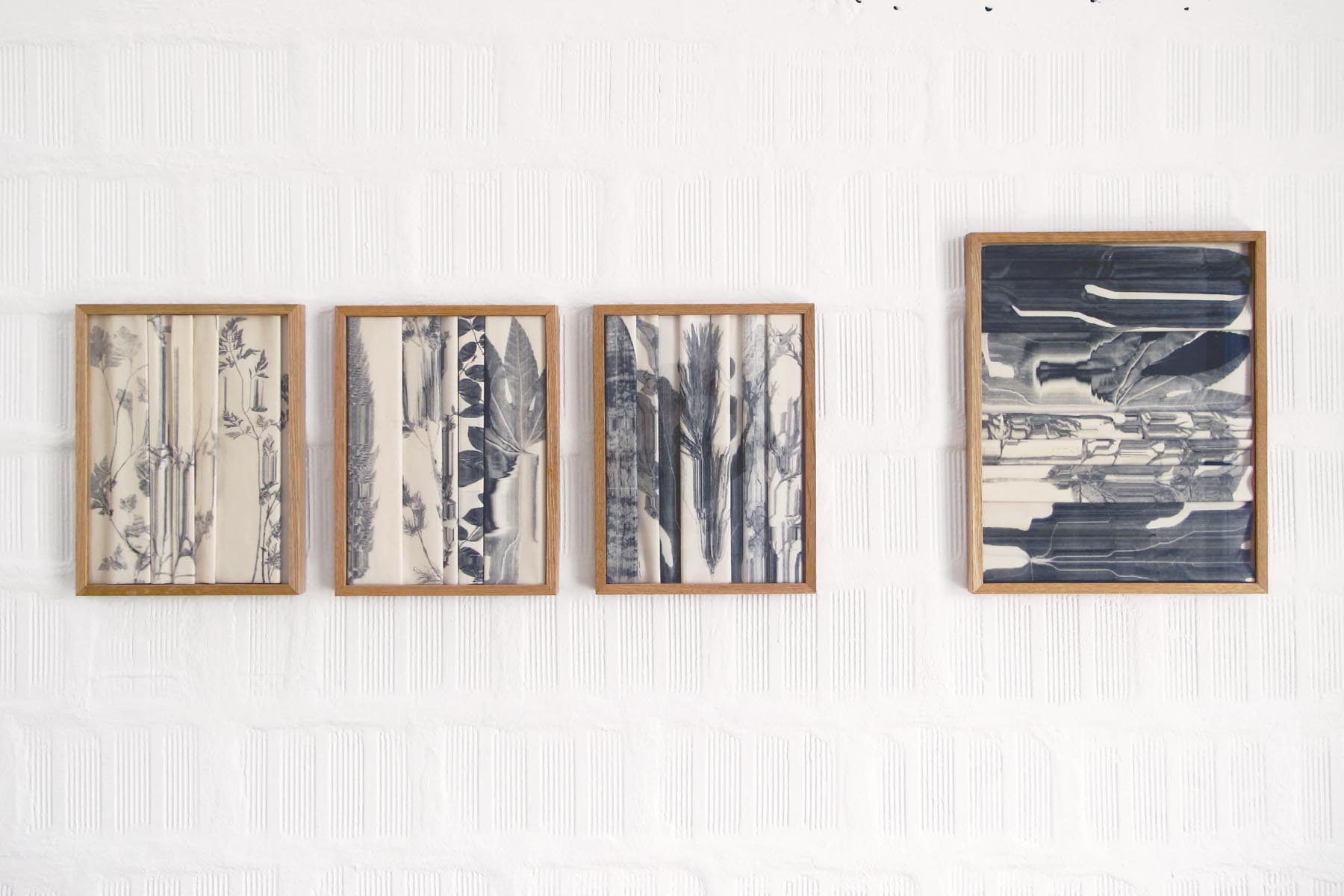 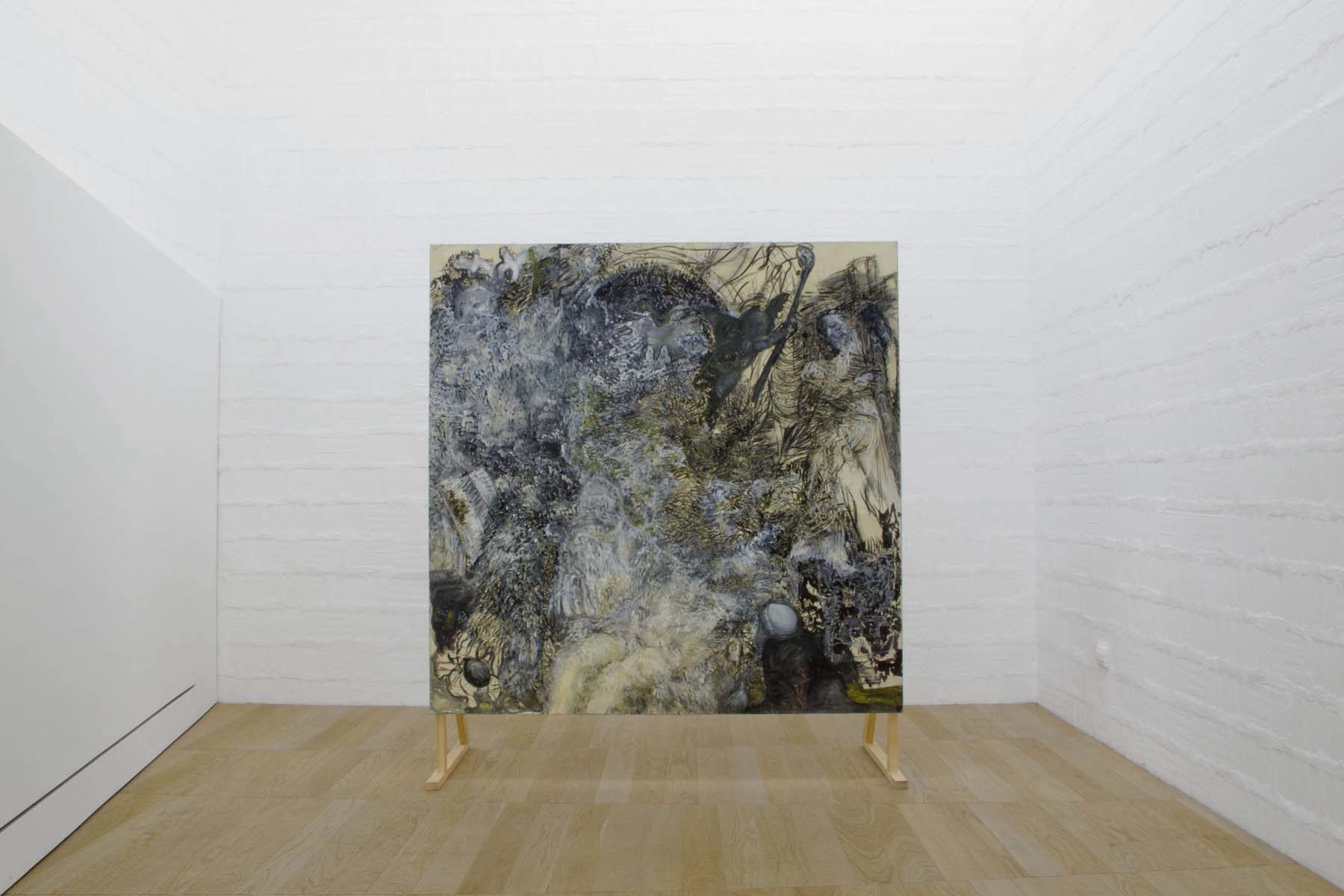 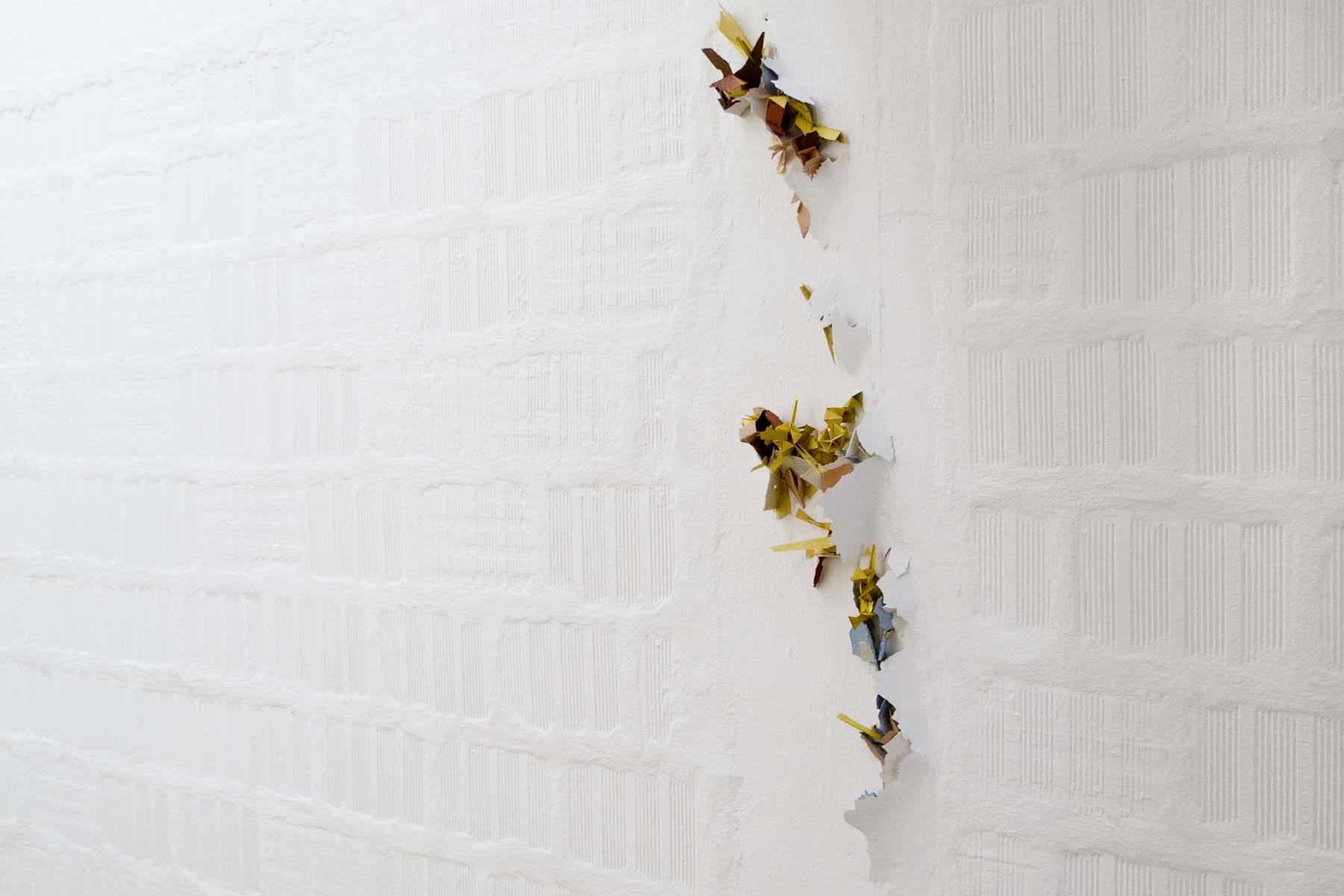 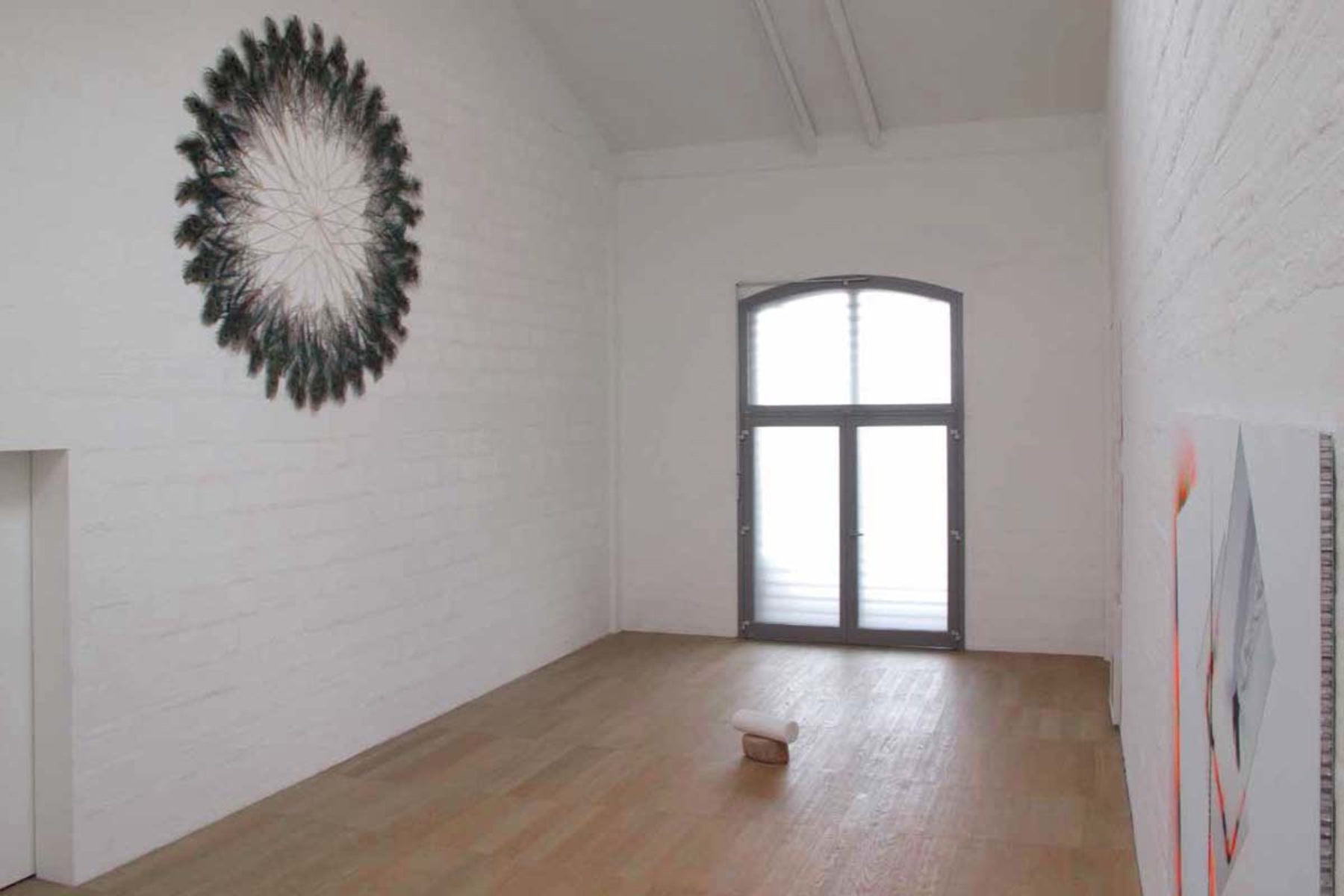 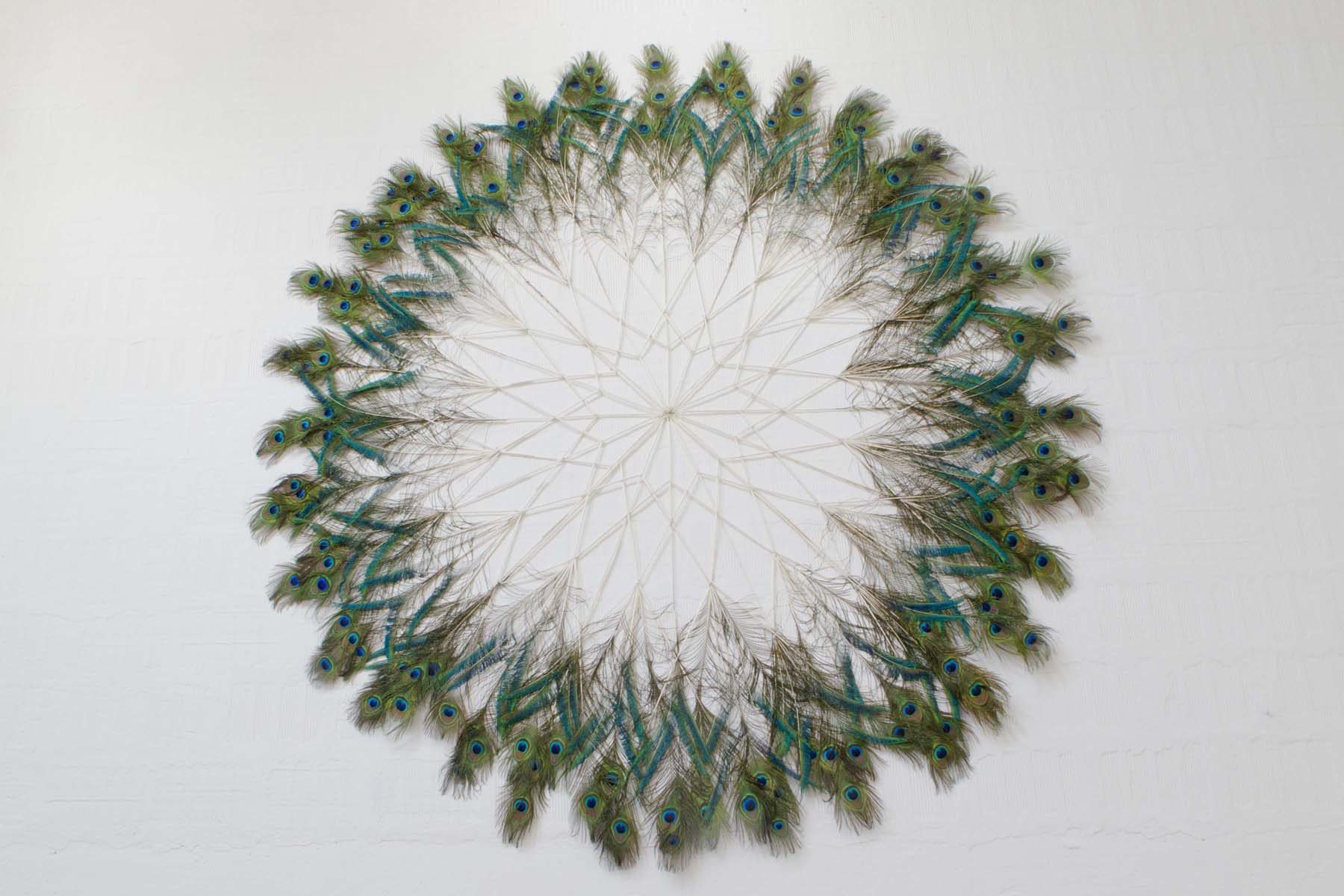 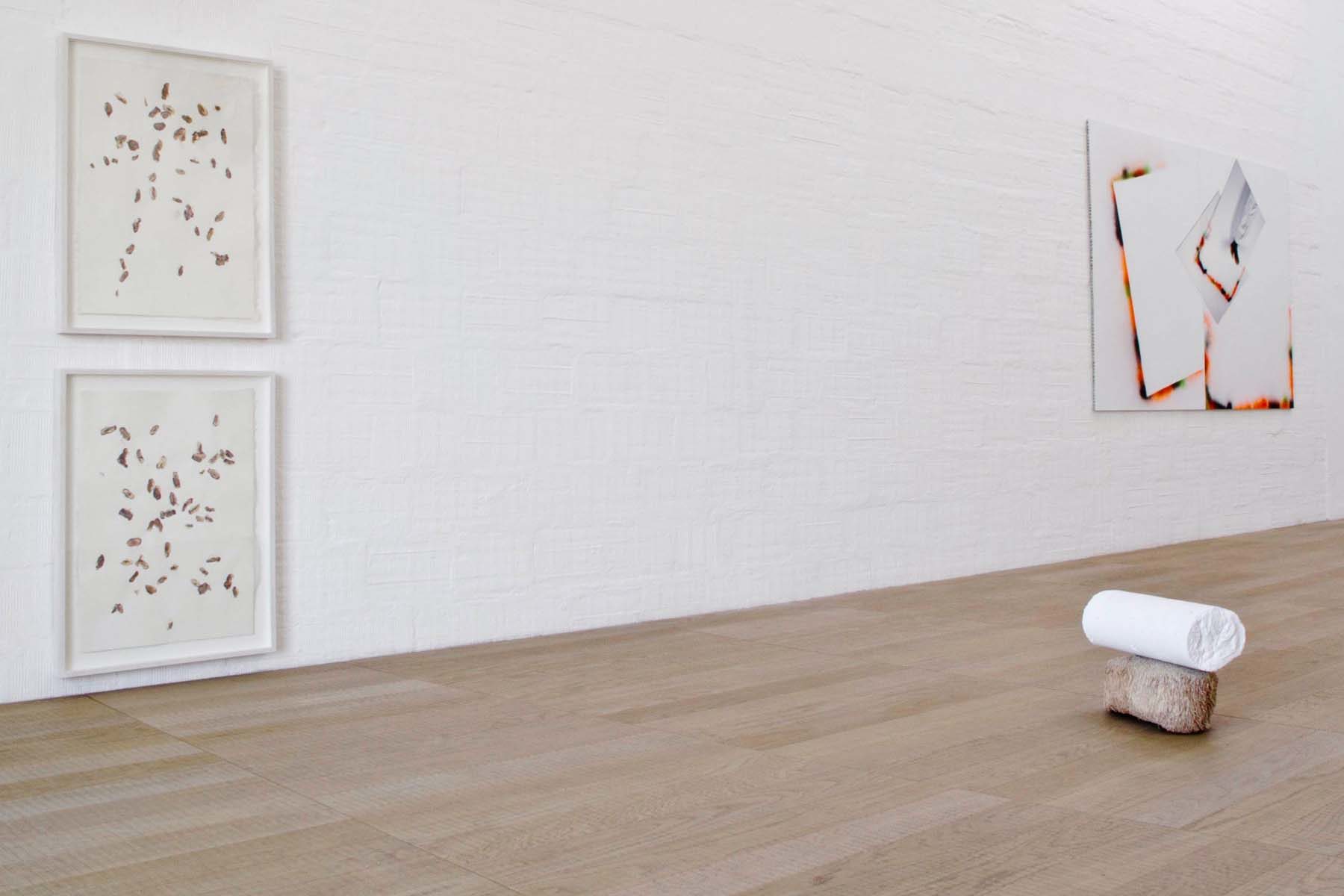 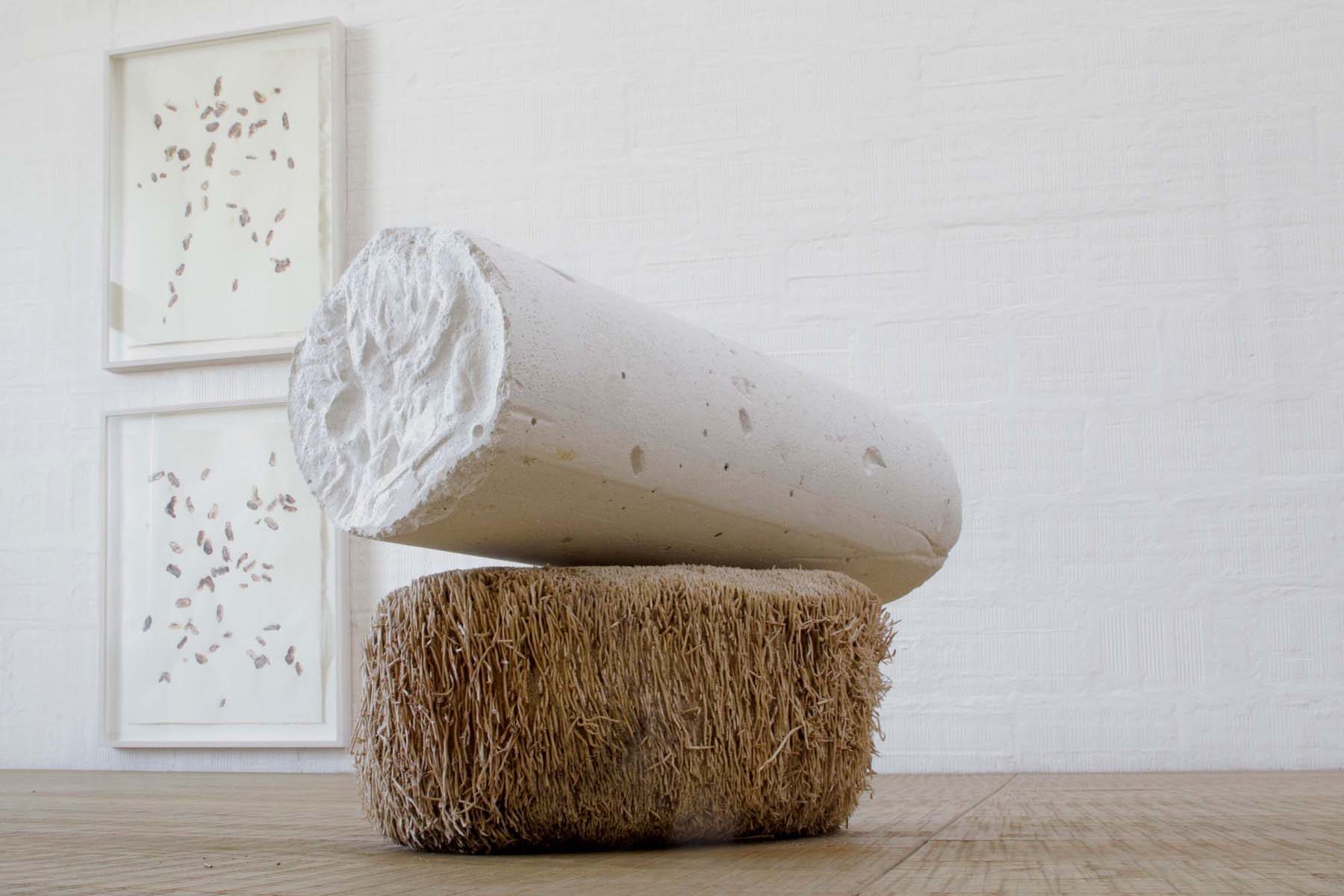 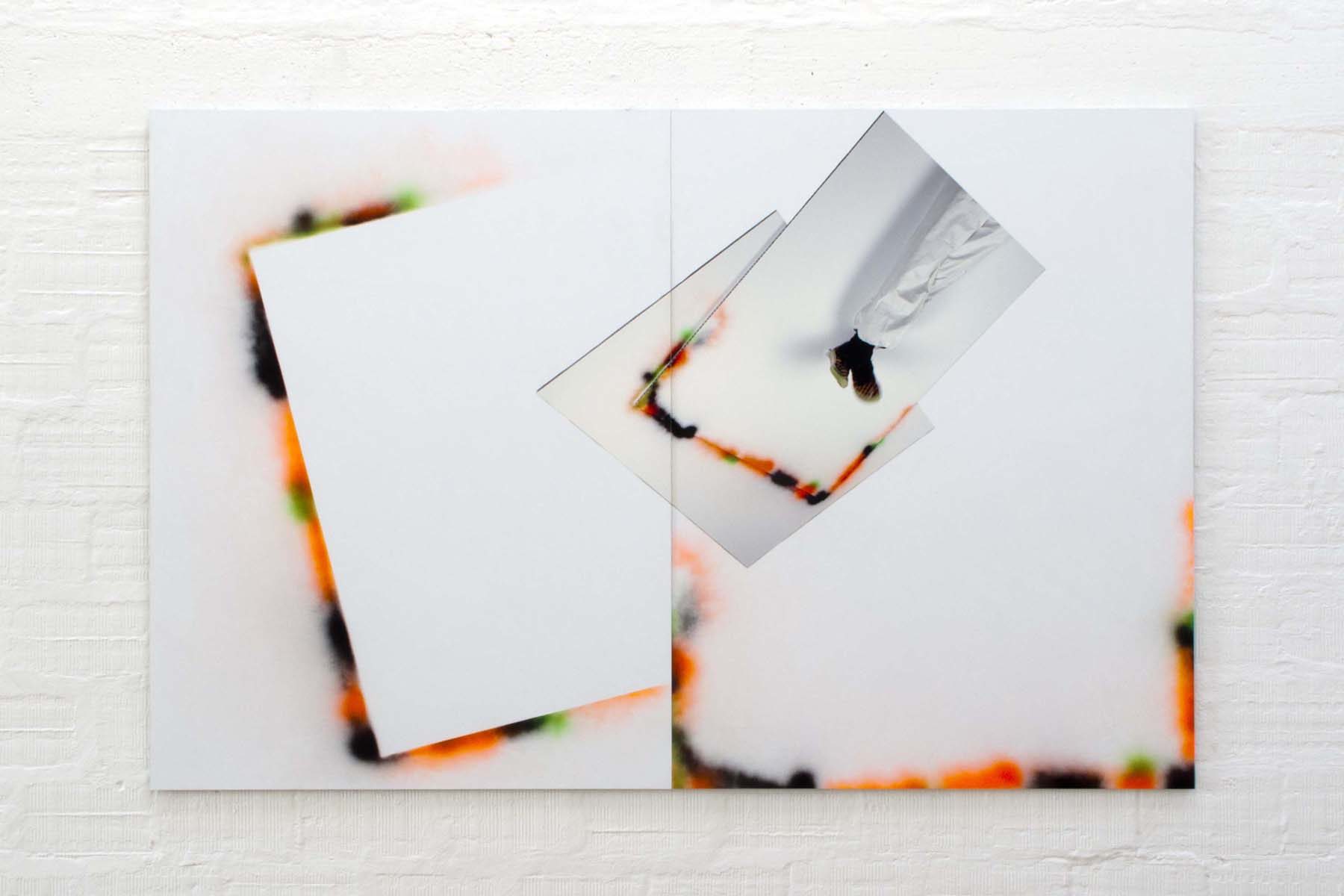 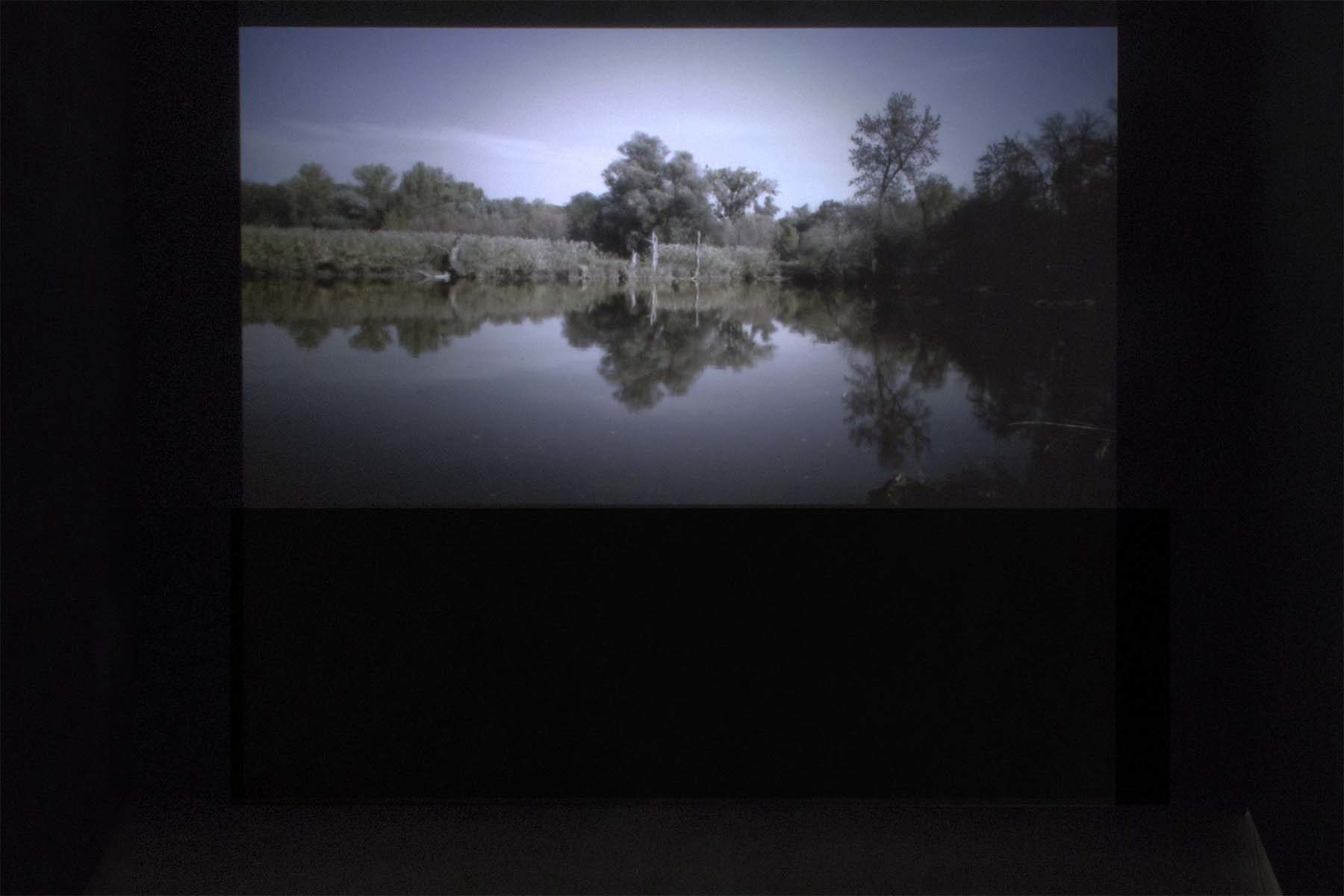 
When we enter a place or a space—whether physical, emotive, mental or virtual —there comes about a transit from a free and open situation to one that is defined and circumscribed. Similarly, the verb “to enter” is used when there is a passage between two situations both of which are defined and circumscribed (for example, from the corridor to the kitchen). Entering, that is, is possible by passing from an indeterminate condition to one defined by a boundary that can be understood intuitively (for example, a fence, a car, or a wood) or by passing from one to another of two equivalent and defined situations. The opposite case, that of a passage from a closed situation to an open, indeterminate one is not admissible: tertium non datur in a blatant manner. In other words, “to enter” is only possible if the transit leads to an area with a property, a structure or an intelligible law and that allows us to understand if an element is contained or not. “To enter” implies leading the body, the eye, thought, or attention towards a delimiting condition: it means going beyond a threshold, a boundary, a limit. In 1971 Giovanni Anselmo undertook an action in which he placed a camera on a tripod with the lens trained on the meadow in front of it, with a delayed automatic shutter action. He then pressed the switch and began to run ahead over the meadow with his back to the camera. Time passes. If you listen carefully you can hear the dull hum of the mechanism of the countdown while the artist runs. Then the click of the shutter, metallic, exact and precise.

The result is a photo in which he is portrayed from behind, in movement, slightly blurred around the legs. The title resulted from the action and is particularly significant: Entrare nell’opera, Enter the Work. It is an open, indeterminate title in which possible interpretations are superimposed and meld together. Fewer than ten years had passed since Umberto Eco had published The Open Work (the first edition, updated and modified various time, dates from 1962 and in part collects together a series of essays published earlier), and the urgent need to change the modes and roles for the enjoyment of a work of art, literature, or music was by then a categorical imperative for the avant-gardes. Eco wrote, “Pousseur has observed that the poetics of the ‘open’ work tends to encourage ‘acts of conscious freedom’ on the part of the performer and place him at the focal point of a network of limitless interrelations, among which he chooses to set up his own form without being influenced by an external necessity which definitively prescribes the organization of the work in hand.”[i] In other words, the artist programmes for the viewer the undertaking of an interpretative and, in a certain sense, a creative revolutionary act with respect to the rigidity of the roles and works of the intellect. And it is precisely this that Anselmo does, with a particular and explosive strategy, by asking the viewers to do what he himself does: to enter the work of art.

With regard to time it is, in fact, Anselmo who first enters, physically and running, nature which in itself, and to the highest degree, is a work (A). It is a simple yet explosive gesture that can also be understood as a kind of manifesto of a new sensibility in the face of the natural world, of free spaces that are nor fragmented like cities or of places subject to strong human intervention. At the same time, with his own personal presence he enters the work of art that he is creating (B), and the resulting photo is, in fact, a self-portrait, even though from behind and seen fleetingly: the artist acts by showing himself, stating his own role and, inevitably, his own status. It is not so much himself that Anselmo is interesting in representing as the figure of an intellectual who has the role in society of looking beyond his own backyard. But there is a further significant element, alluded to by the title, and aimed at the viewer: the photographic image (the work), the record of an action, allows viewers the same degree of freedom as the artist. It allows those who observe to have a double entry into the work (C). In this way the viewers are placed in the condition of entering both nature itself and the action recorded by Anselmo in the image. The most important consequence of all this is that the artist emotionally charges the viewers by entrusting them with a central role that is no different from his own: they are no longer passive subjects but are allowed to complete the work, because the artist has programmed for them to have a role by changing the view points between the active subjects who observe and the object observed. “In other words, the author offers the interpreter, the performer, the addressee a work to be completed. He does not know the exact fashion in which his work will be concluded, but he is aware that once completed the work in question will still be his own. It will not be a different work, and, at the end of the interpretative dialogue, a form which is his form will have been organized, even though it may have been assembled by an outside party in a particular way that he could not have foreseen. The author is the one who proposed a number of possibilities which had already been rationally organized, oriented, and endowed with specifications for proper development.”[ii] These are needs that are still particularly relevant even if, after some forty years, the artist/recipient frontality has been blurred, also due in part to the change resulting from the authority of the producers of content and of the cultural agencies that curate the selection of works (museums, galleries, publishing houses, critics etc.), as well as the horizontal manner of content-production.

The Entrare nell’opera project started from the idea of comparing and contrasting artists whose research—at different levels of intensity—is concerned with achieving a visual, physical, emotive, and conceptual nearness to the observer, in the knowledge that art is a continuous and inexhaustible questioning of other peoples’ observation, nourished by the need to develop a visual relationship with the viewer and, more generally, the dynamics of involvement. Just think, for example, how already at the beginning of the 15th century many Flemish and other European artists tried to represent, through mirrors or reflections, small samples of the world that are not in front of the artist’s eye but are behind him, a testimony to how a threshold that leads to a new place has been crossed to delineate a— wholly conceptual—middle space between the physical work and what stands behind the artist and the viewer. Such a technical artifice for delimiting an area within which the viewer can move in immersive/contemplative abandonment, is similar to the choice of using the first person singular in a narrative. It is a way of allowing the readers to develop a feeling of identification with, and emotive nearness to, the protagonist, and in actual fact the nullifying any possible distance.


Paola Angelini
The painting by Paola Angelini is characterised by a startling, wandering, anti-perspectival figuration, one that originates from an approach to the subject that is both meditative and analytical. At the heart of her work is her ability to frequently bring the content back to her marks—characterised by a vigorous, vibrant, and nervous ductus—and shift the viewers’ attention onto the events and tensions that take place on the canvas’s surface. Much of her work conserves the iconographic traces of the great masters of the past, above all those of the Venetian school, with whom she compares herself even physically and with a hands-on manner.

Stefano Cozzi
The art of Stefano Cozzi is closely linked to the enigmatic aspects of the subconscious and symbolic representations, which the artist gives a form to through sculpture, videos, and performances. Many of his works have a terse and epigrammatic style, thanks to which he develops allusive and elusive micro-narratives. Nature, the randomness of events, the passing of time, and the relationship between life and death are the themes and obsessions that Cozzi inquires into with the use of serene and existential colour. With an indirect yet sharp approach, in his work he combines anthropology, poetry and—frequently— social and political analysis.

Marie Denis
The work of Marie Denis inquires, in two- and three-dimensional forms, into the wonder of natural elements and the sculptural possibilities inherent in vegetable materials. Branches, trees, leaves or animal feathers are the constitutive part of a complex architecture in which the unexpected changeability of the flora is recomposed, the result of a rational geometrical combination of the elements. The artist often uses obsolete techniques, modes, and materials, ones that are by now no longer industrially produced; they are, however, able to slow down the observers’ eye and to stimulate its interest by amazing it with unexpected and unusual solutions. The wonder that beckons and involves the eye at times derived from the tiniest details.

Dominique Figarella
The works by Dominique Figarella are the result of the conceptual visual practice of superimposing and masking images; the artist does this by way of rigorous painting, flat colours, very bright hues, and photographic images. As a result of rotations and transpositions, in Figarella’s work the content is revealed through negation: the subject, in fact, both reveals and conceals itself at the same time, and attracts the viewers as though they were led to a rebus that they have to solve. With a frequent procedure of his, one usually utilising various media, the artist employs photographs as mechanisms to fragment the view and the painting as a pretext for challenging the viewer’s eye to a duel.

Graziano Folata
Photography and sculpture are the favourite expressive means of Graziano Folata who frequently inquires into nature and its elements. His research is born from an urgent need for a psychological confrontation with the viewers, whom he loves to question by using intentionally open compositions able to stimulate an ideological relationship. In this way the viewers are obliged to take up positions and give a shape to their own opinions by analysing the matrices and principles which give rise to the work, and the resulting perceptions. As Elémire Zolla wrote in Aure[*] “The superimposition of an archetype on perception, and the correspondence of external reality to an interior secret, create an aura. […] Interior life is nourished by auras. […] Knowledge teaches us to fortify intimacy as a dwelling-place and to nurse our emories, eliminating everything except the memory of special times, when it would have been absurd to ask ourselves the meaning of life, because it was there in front of us, apparent in an aura”.

Stefano Moras
The work by Stefano Moras is shaped by a reconnaissance of the world in which pictorial analysis and chance are central. His art is characterised by pictorial analysis and by a sculptural interest involving such residual elements as natural remains and abandoned products. Much of his work arises from the need to take care of the lowest and most humble elements, of the leftovers (whether of natural or man-made) that society would like to quickly forget. Moras’s are, then, works that are re-composed, recreated semantically, and that remove those very fragments of the world from the life/death cycle.