Federico Lanaro
An Eagle has no Flag 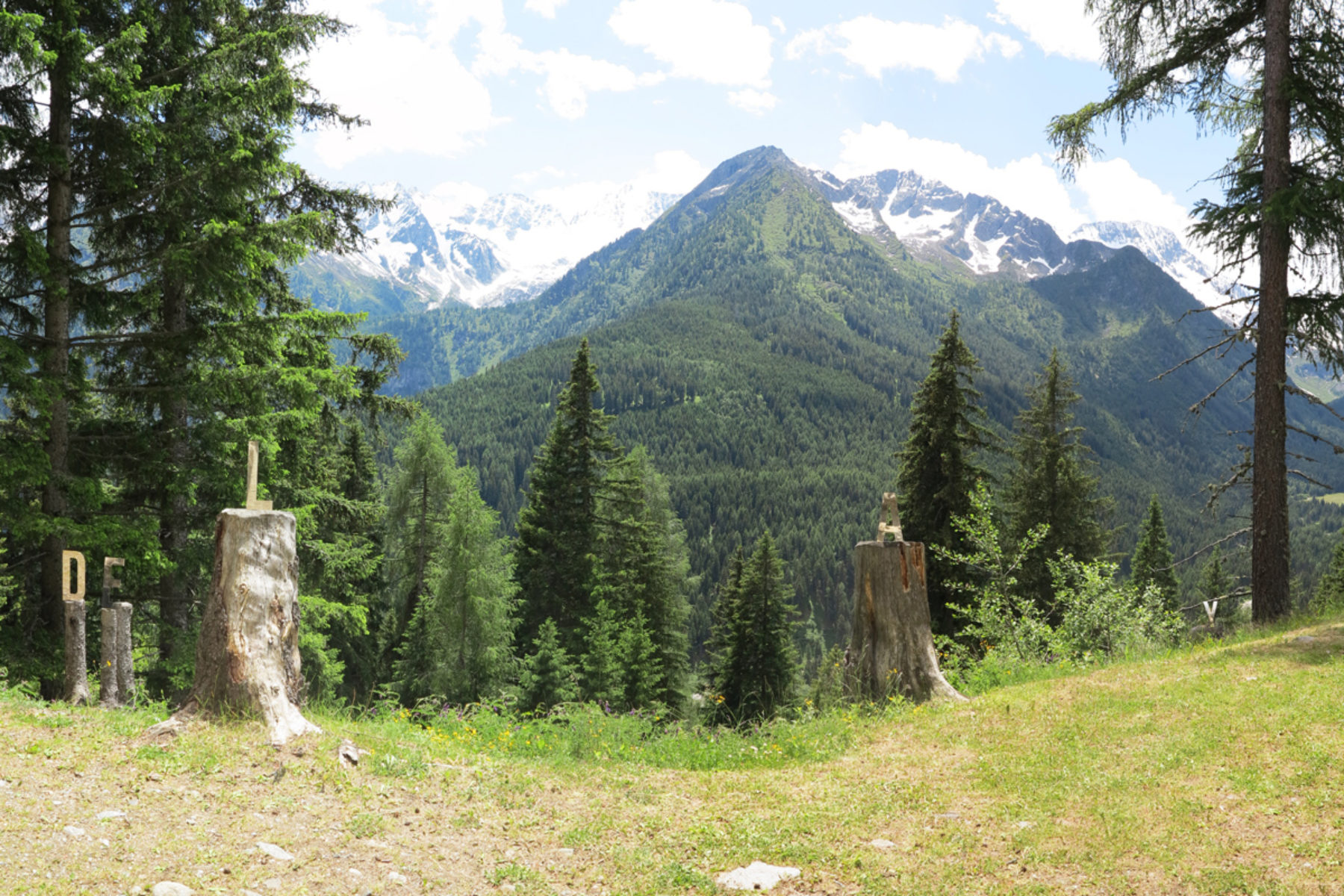 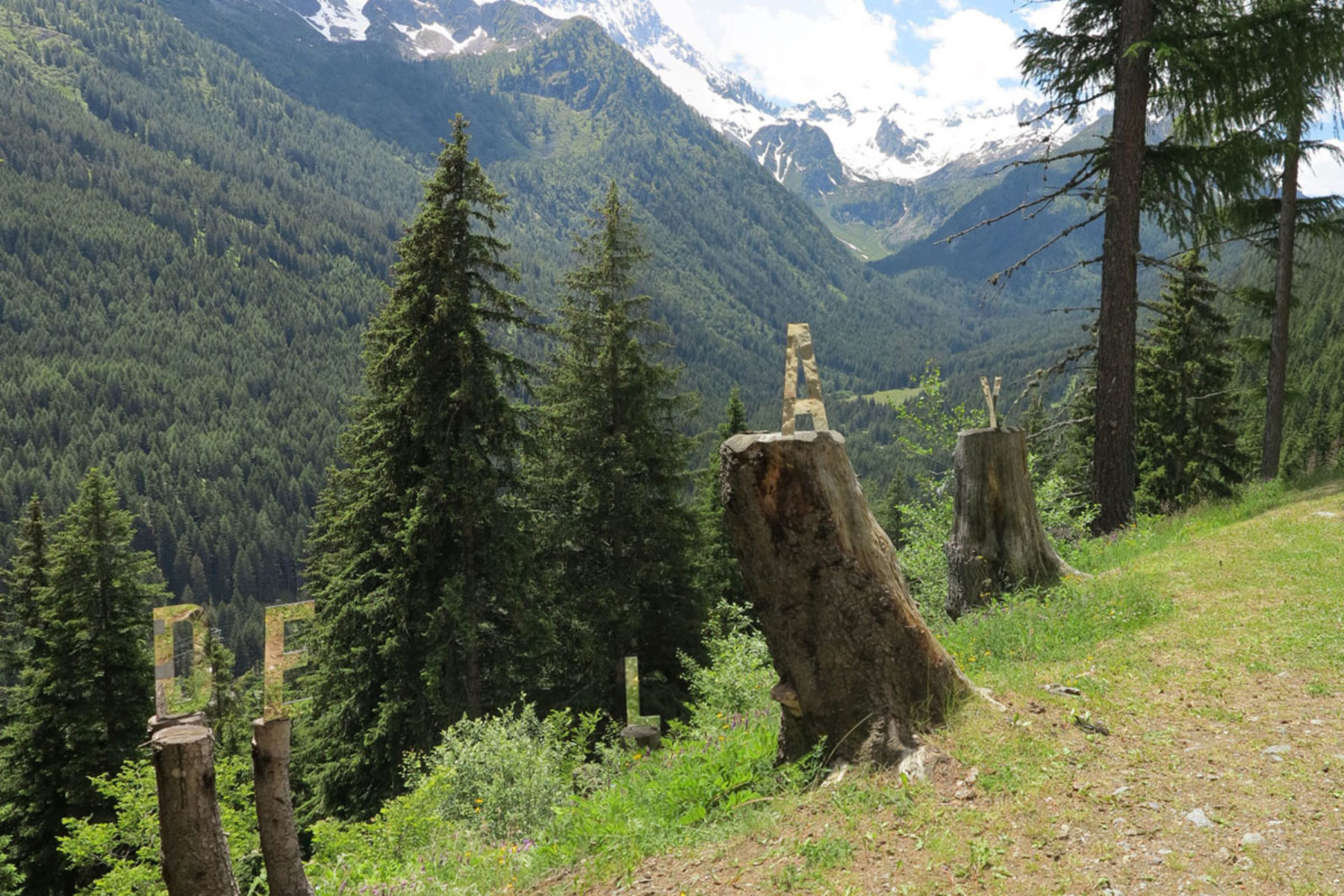 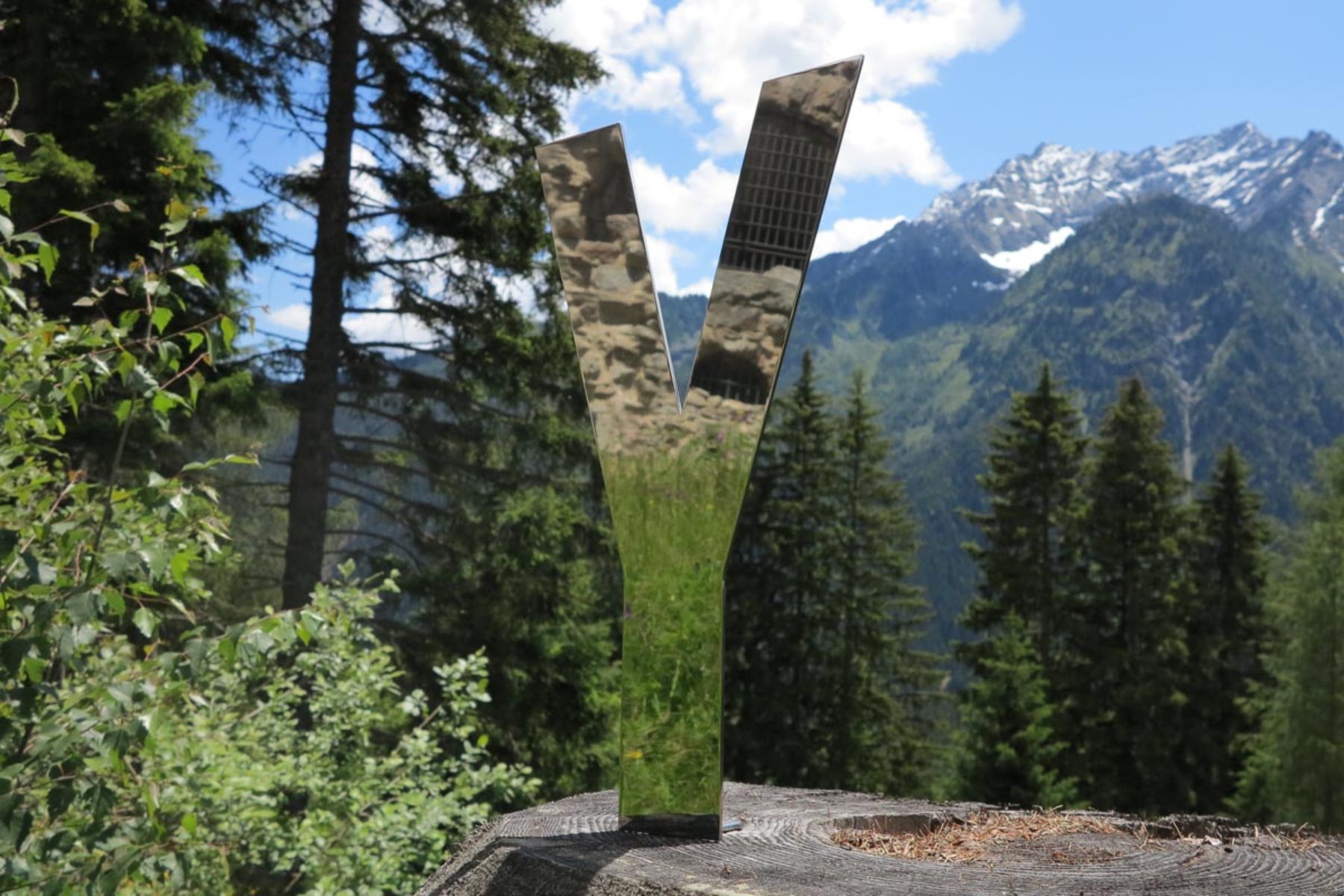 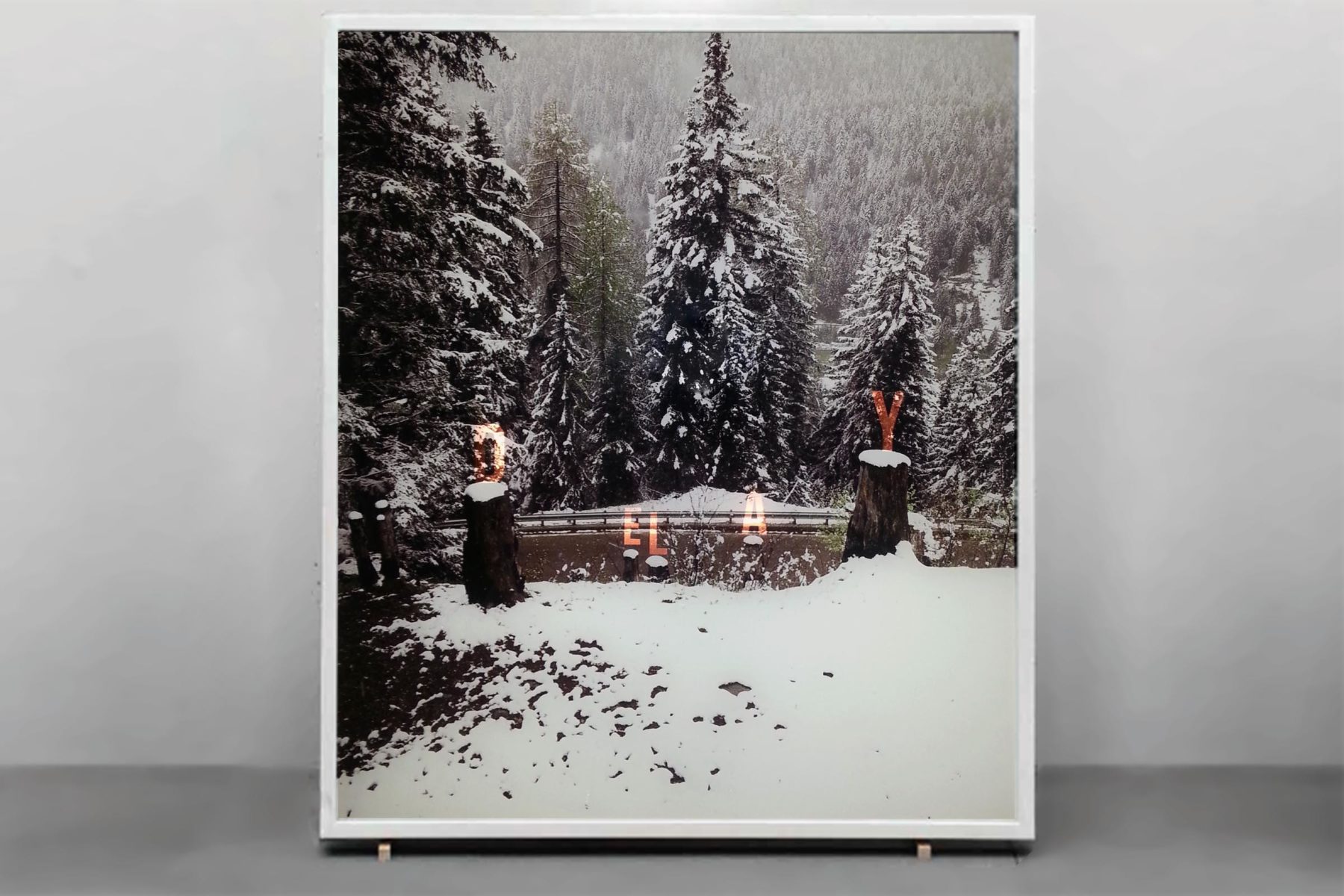 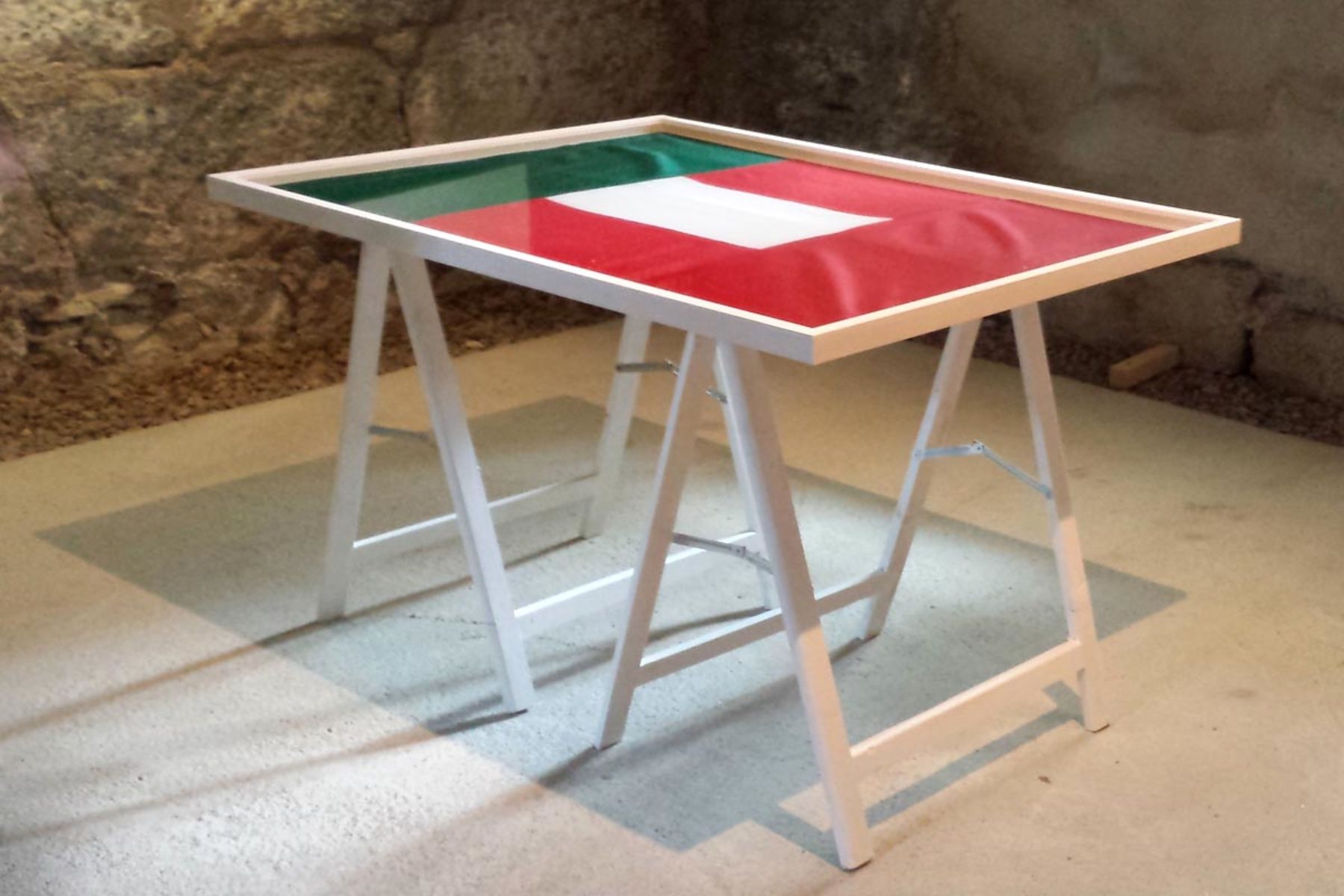 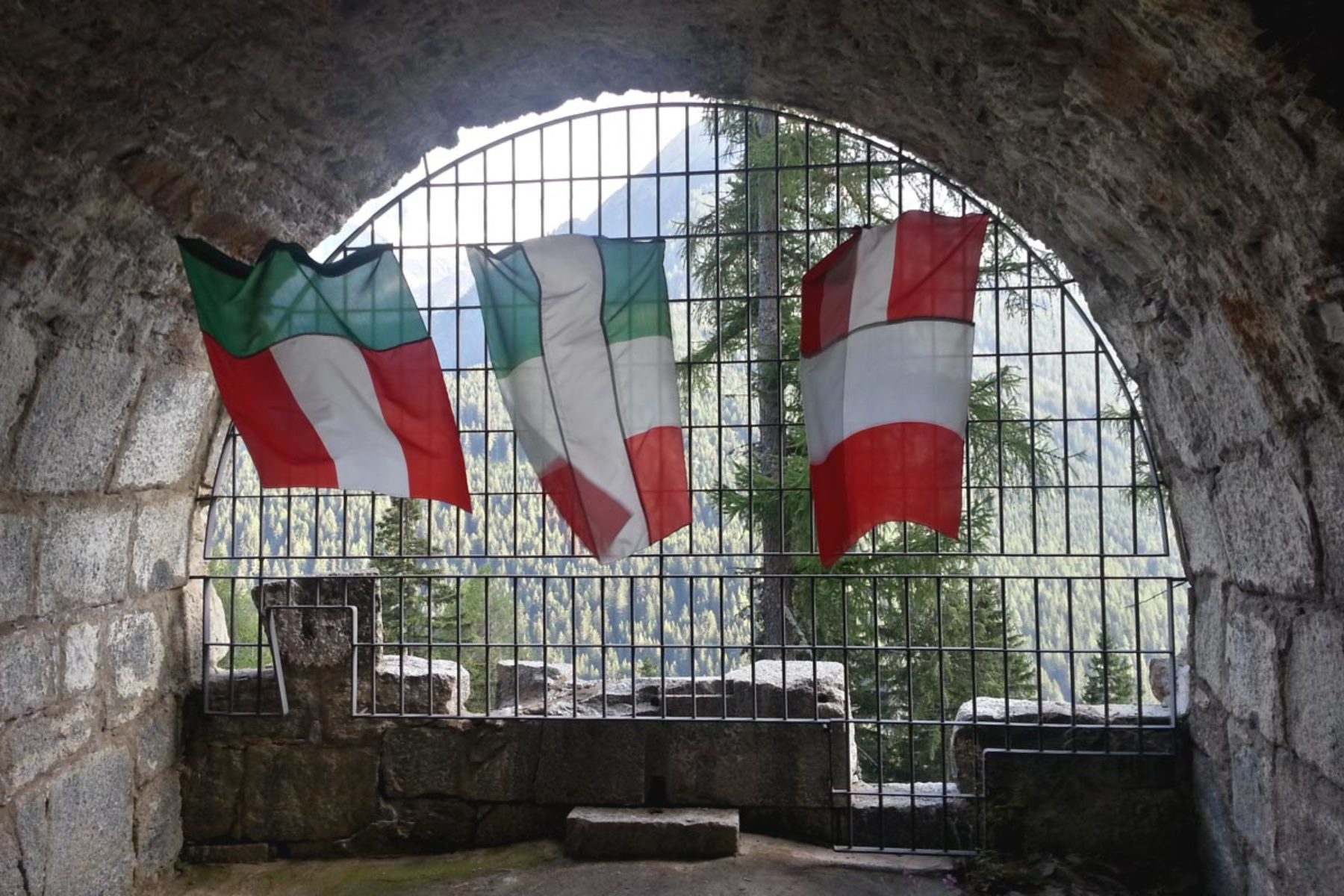 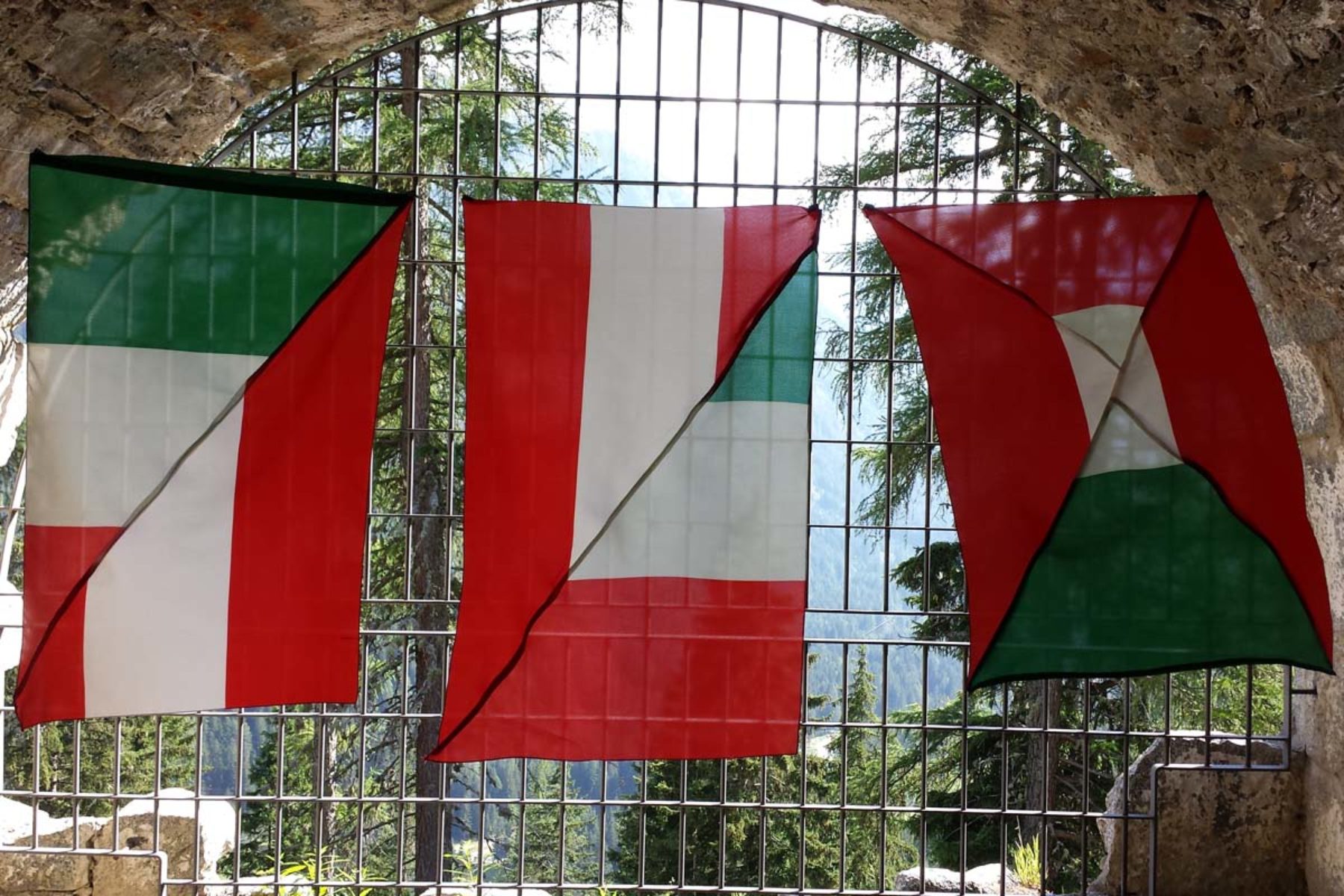 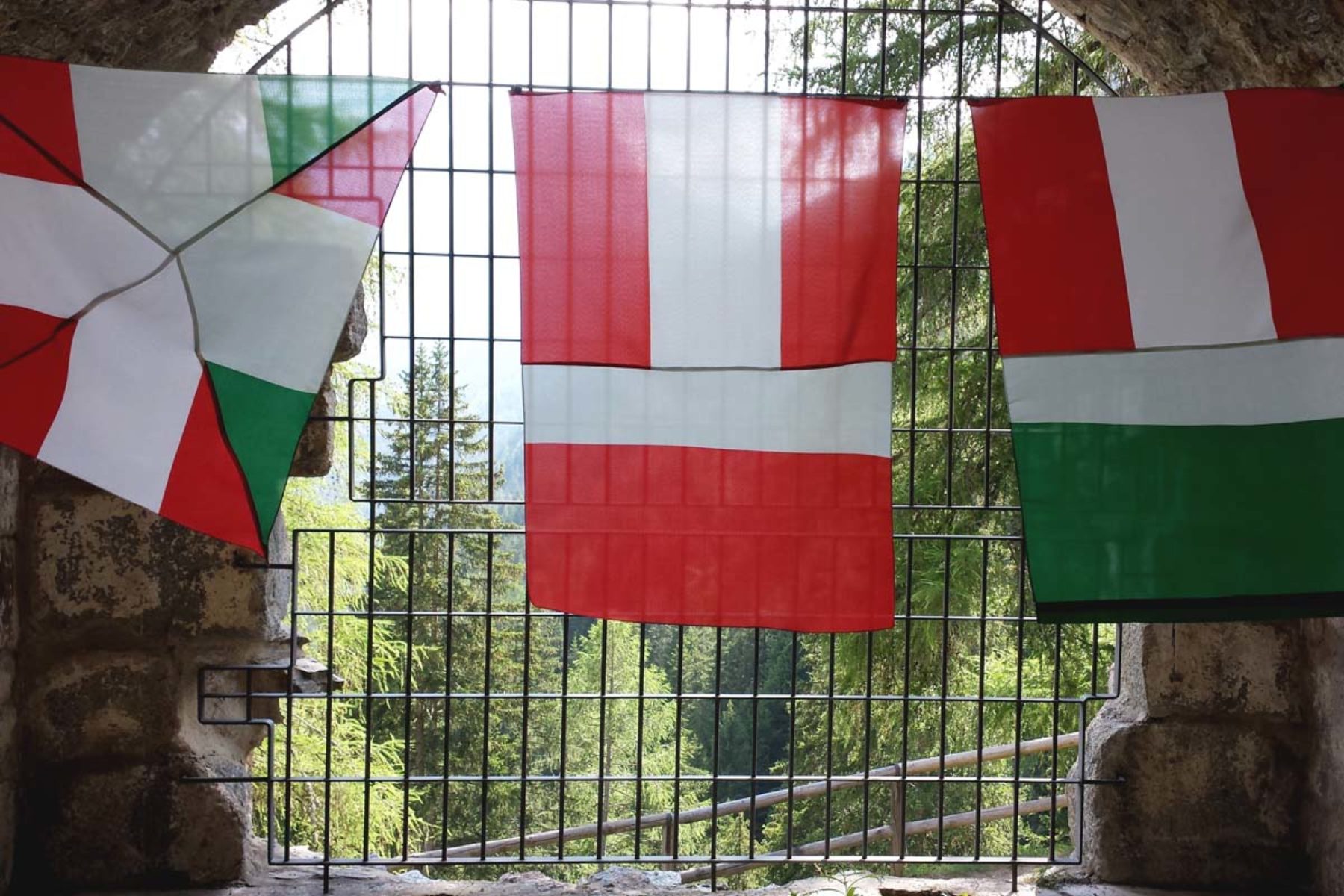 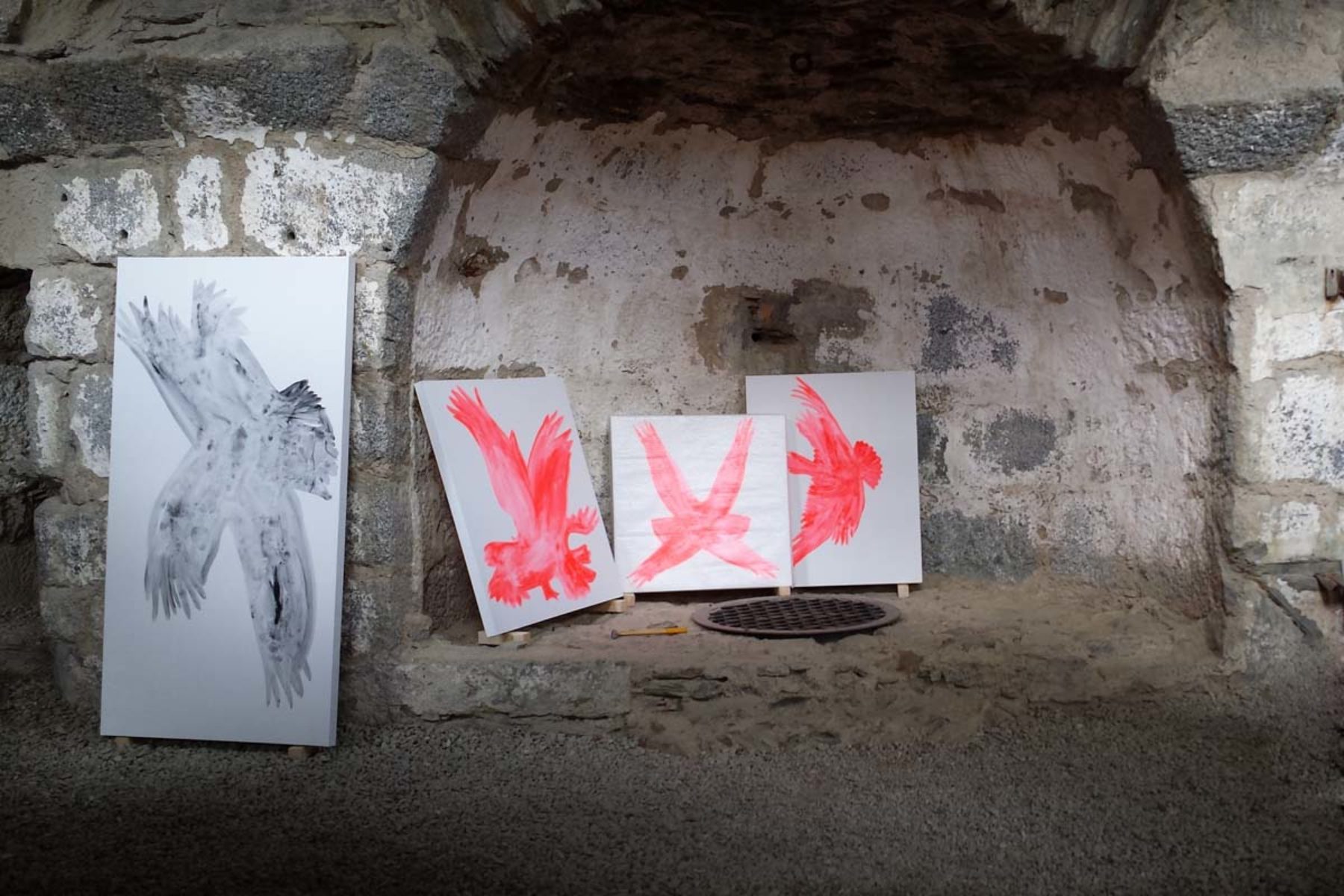 F. Lanaro, An eagle has not flag, 2013, installation view 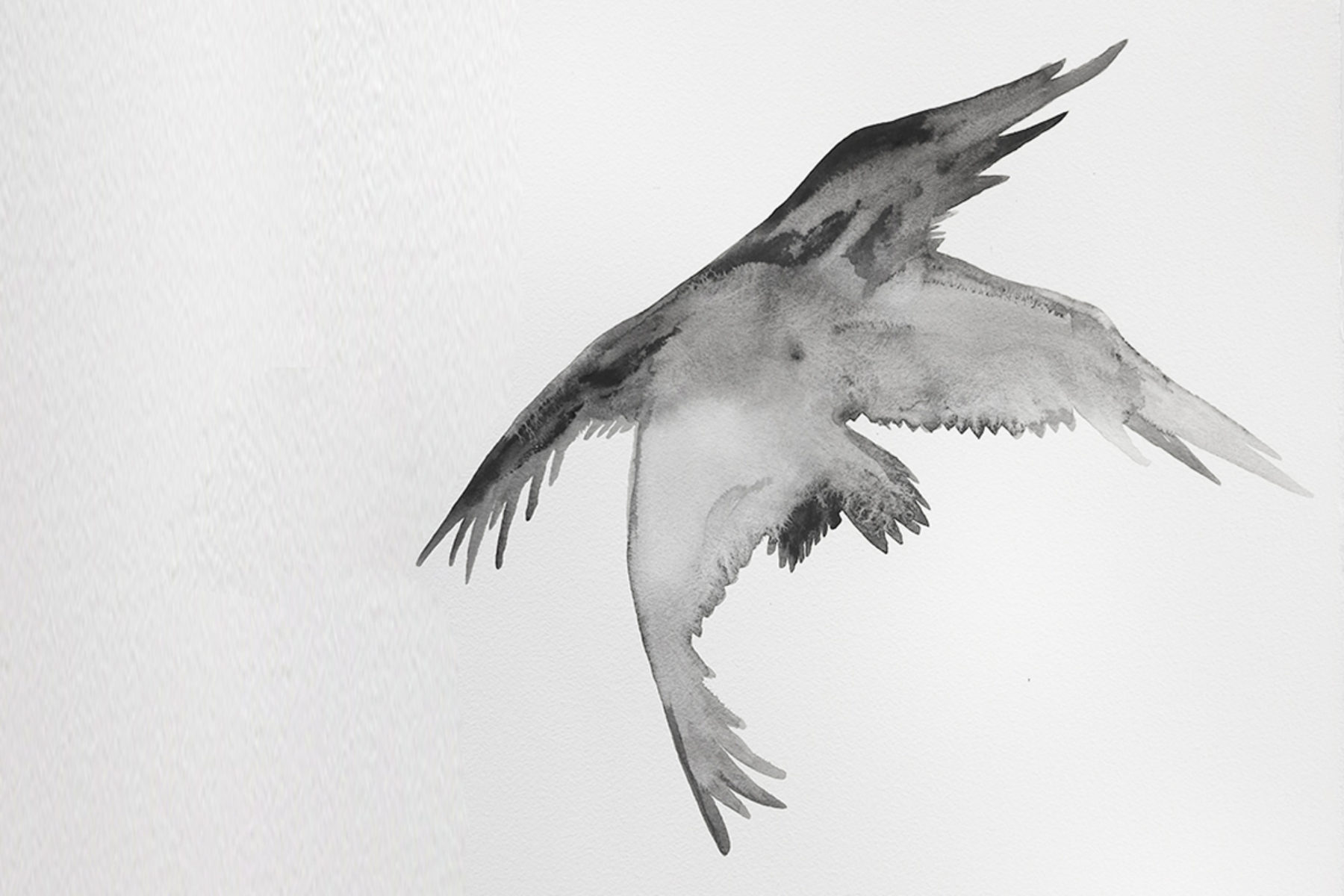 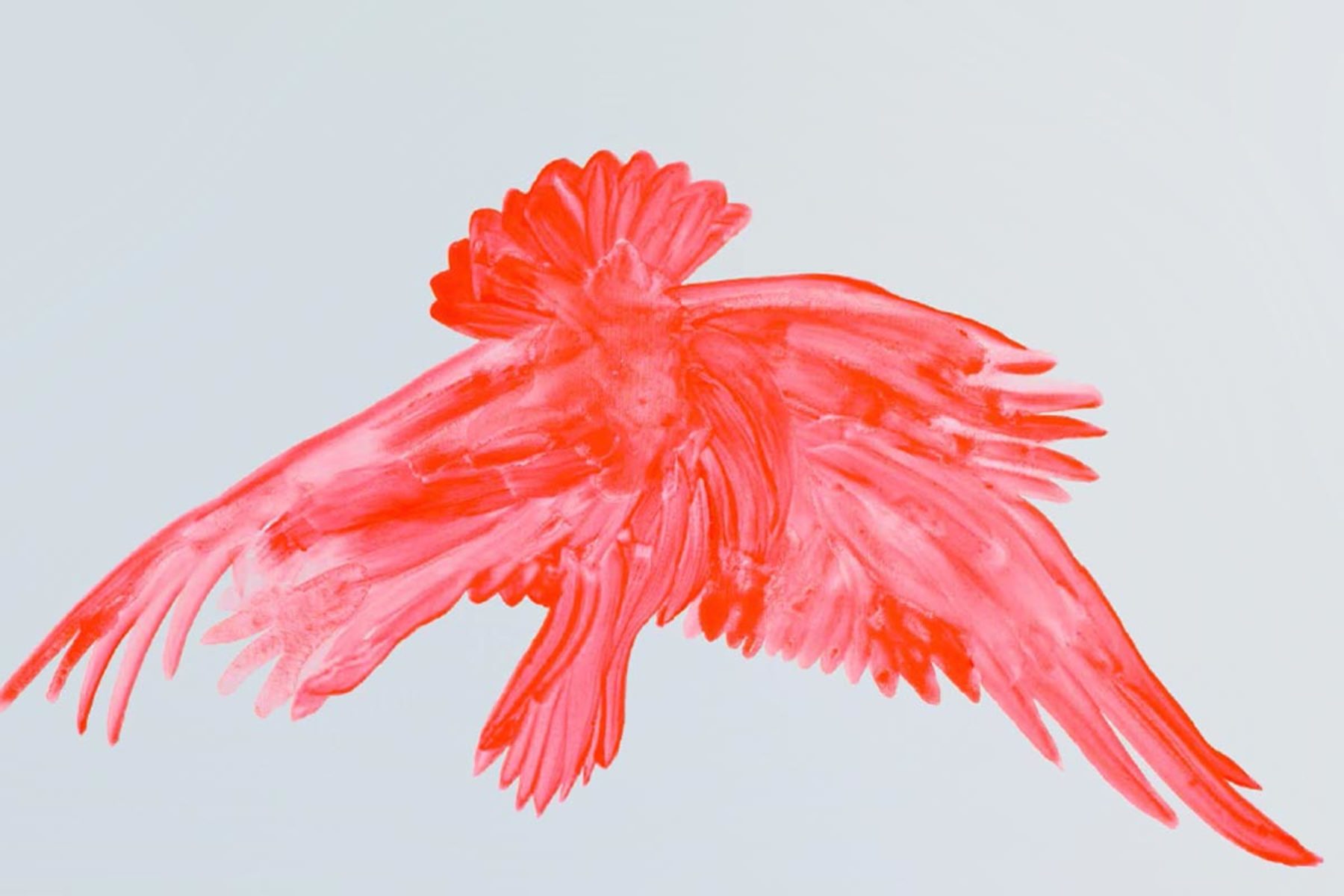 The dialectical geometry of the flag
Daniele Capra


As Hobsbawm writes in his masterpiece The Age of Extremes: The Short Twentieth Century,[1] the first element of the 20th century that burst into the course of history was the world conflict, which marks the arrival of the masses into history and launches a catastrophic thirtyyears-long period that will conclude by the end of the Second World War. It is actually an enormous pain in the political, geographical, social and human frame that leaves a mark on modernity and characterized it in an unexpected and unforgettable way. The First World War is the result of a complex work of economical events and ideological and cultural motivations that have come into being from the idea of nation, population and language in the past century. Inevitably all those sharp and unresolved tensions led to that tragedy.

It gives shivers just thinking about the thousands of men who were thrown to frontlines during the first world conflict, without even understanding what the war was, and why there was an enemy to fight with cannon shots, bombs, gas and bayonets. A war that the Italian side fought in a constantly and worthless soldiers sacrifice, also due to the heroic conception of war of the higher echelons of the army, which filled their hearts with rhetoric and with the Italian flag, in order to show it off to the oppressor or to the stranger,[2] with the consequence of passing off a destructive war as a fair cause: «Of the many / who were so close to me / nothing remains / not even that», summarized Ungaretti in one his most wrenching poems.[3]

To the unbearable weight of that conception of the world (which does not belong to us anymore, even if returns and similar situations are not missing elsewhere), in his project at Fortress Strino, Federico Lanaro opposes the flight of eagles, which arise in the sky. Emblem of freedom and bird’s-eye-view, the eagle is one of the animals used in many cultures as symbol of power and aspiration to greatness (characteristic strengthened by the broad-wings). It is frequently used on flags, combined to other colours, to represent the identity of a nation or of a community. However, as the title of the exhibition underlines (An eagle has no flag), how can we pretend to curb that bird with its majestic wings into the tight and placed banner kitting, which swings in the wind?

Lanaro, overturning the bird iconographic tradition, which is usually broad-winged represented, decides to overlap the silhouette of the two eagles that – basically – cross and overlap partly. The animal eagle becomes split and purified thanks to its identifying charge, nullified the possibility to be a representative element and, at last, a symbol. Definitely released from the prison of being flag, allegory of unity and, at last, of delivery of some colours, the eagles turns into emblem of sharing and plurality. Doubling, both on the surface of the painting of the artist, where it is represented with pink/red fluorescent colour, and on the mold of a stamp (with the letters FSW, initials of Fortress Strino in Italian and German) whereby every visitor can certify his attendance to the exhibition.

However Lanaro also works on another visual founding elements of the fortress: the flag that identifies the origin and claims the military use. A fortress is needed as a device in order to guarantee a territorial control or as a protection building of some strategic place, especially in a border position. The flag that waves on the flagpole of the building is essentially the symbol of the owner of the command and the mark of the military control, and it can be considered as the personification of the history of Fortress Strino itself and of the military events. The construction was actually built by the Austrian in the second half of the 19th century, as bastion and defense of the territory from the attempts of the Italian expansion after the Independence Wars, and it will be ceded to Italy only after the First World War.

If that place collect in itself the warlike results of the concept of nation, it is in its hand round, in the change of flag, that it originates its transience, its intimate failure of defeated place and won by the history. That collection of stones, cement and metal – which makes up the museum right now – is a real statement of our incapacity to relieve from strict interpretative dual frames that limit our interpretation of reality, as in the juxtaposition Italy/Austria or countryman/foreigner. This sense of defeat is a chance for Lanaro to conduct a recreational and non-rhetorical operation, starting from the flags, that cease to be banners and turn into pieces of textiles to be cut and sewed combining the colours, in the same way a creative tailor would do if he would like to break the composition patterns. The result is particularly interesting: even if portions of original Italian and Austrian flags are recognizable, it comes out curious chromatic geometries, a kind of non-figurative mold painting realized with visual molds – even more ideological – of the national flags, that are not contaminated by being a symbolical devide of representation.

However Lanaro handles with the same combinatory approach with the photographic shoot of that place, which prove the actual condition of Fortress Strino: some pictures of the stone vaults on the fortress, after having been printed, were assembled with a coloured glass, where some characteristics of the Italian and Austrian banners are visible. There is actually a sort of thin layer interposed between the picture and the visitor’s eyes, in order to transform the gaze into non-neutral, and to spoil it, putting on top of the vision of the image a chromatic grid, a mosaic dialectically conversing in transparency. Therefore, playing on the perception of the elements, the observer just has to pass over the cadavre exquis of that place, after that history has crushed its sense making sterile every possibility to get some significative images/visions.

It is only the environment that surrounds the fortress, such a wonderful context and flourishing with trees that stand out in the everlasting snow, that dissociates itself from the warlike disused architecture of the fortress. On the logs of the trees that surround the fortress there are set the letters that form the world Delay, an installation realized with mirroring metal that at the same time shows the surrounding environment, reflecting it, and it is able to hide in this same place like a chameleon.

The disorientation of the observer, who examines the work of art, is planned and set up: in Delay Lanaro creates a sort of monologue that narrates the delay and the inefficiency of our visual perceptions in respect to the ontological and topological entity «Fortress Strino», where every letter is unexplainably both thesis and antithesis, subject and countersubject.[4]

However, in its different articulations, maybe the whole exposition An eagle has no flag is a mise en scène of a failure, of a jump – unfinished or failed – to get free from the asphyxiating obligation to always understand, to interpret, to classify, to split into goods and bads, into friends and enemies. The art works can be also useful to make us feel our impotence or our uselessness.

[1] E. J. Hobsbawm, The Age of Extremes: The Short Twentieth Century, 1914–1991, Michael Joseph, London, 1994.
[2] Let’s think about the text of the famous Italian war song La leggenda del Piave, written in 1918, with the conclusion «the stranger does not pass!», who is mentioned like «hangman» in the following verses.
[3] G. Ungaretti, San Martino del Carso, in L’allegria, Preda, Milano, 1931.
[4] I am referring to the musical terminology, where the word «subject» means the main theme of a fugue, while «countersubject» is the counterpart that gives a structure and variety to the theme.