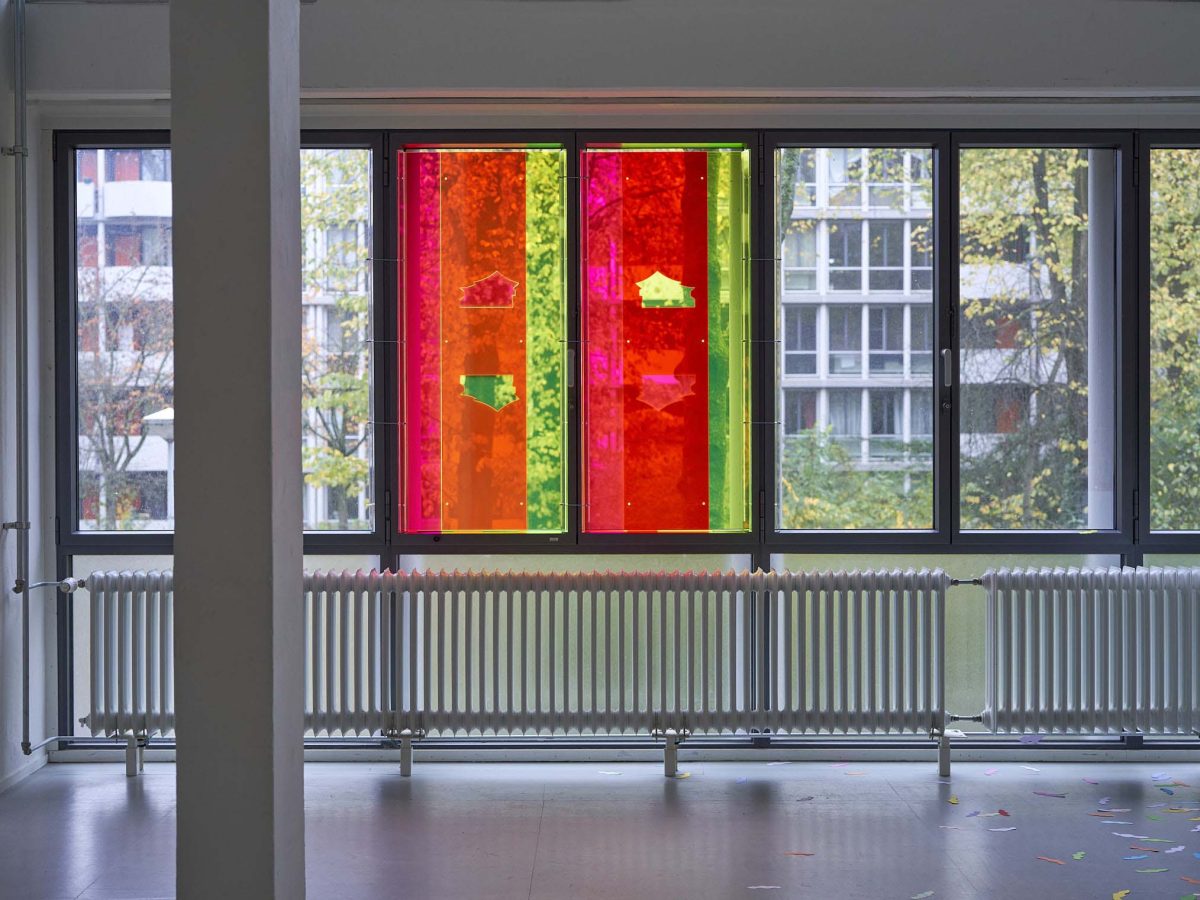 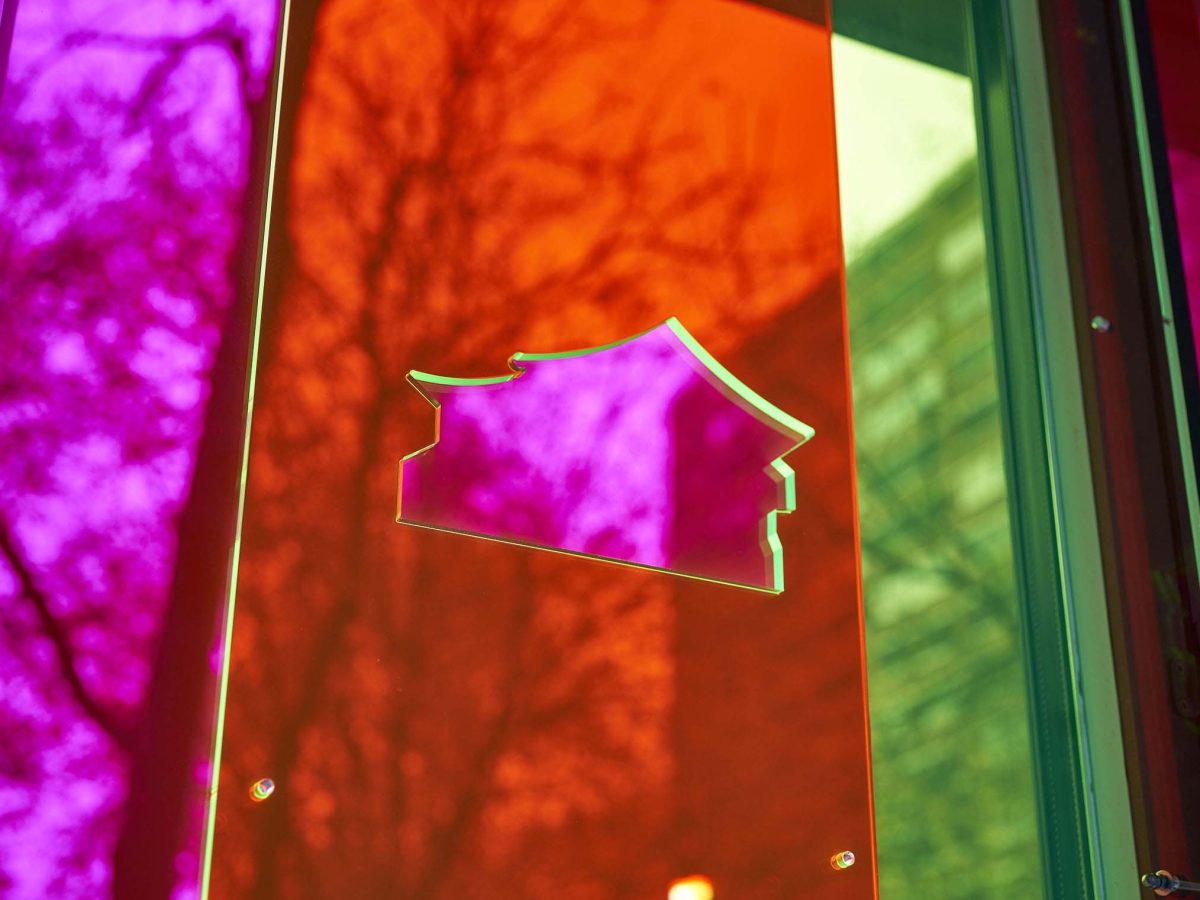 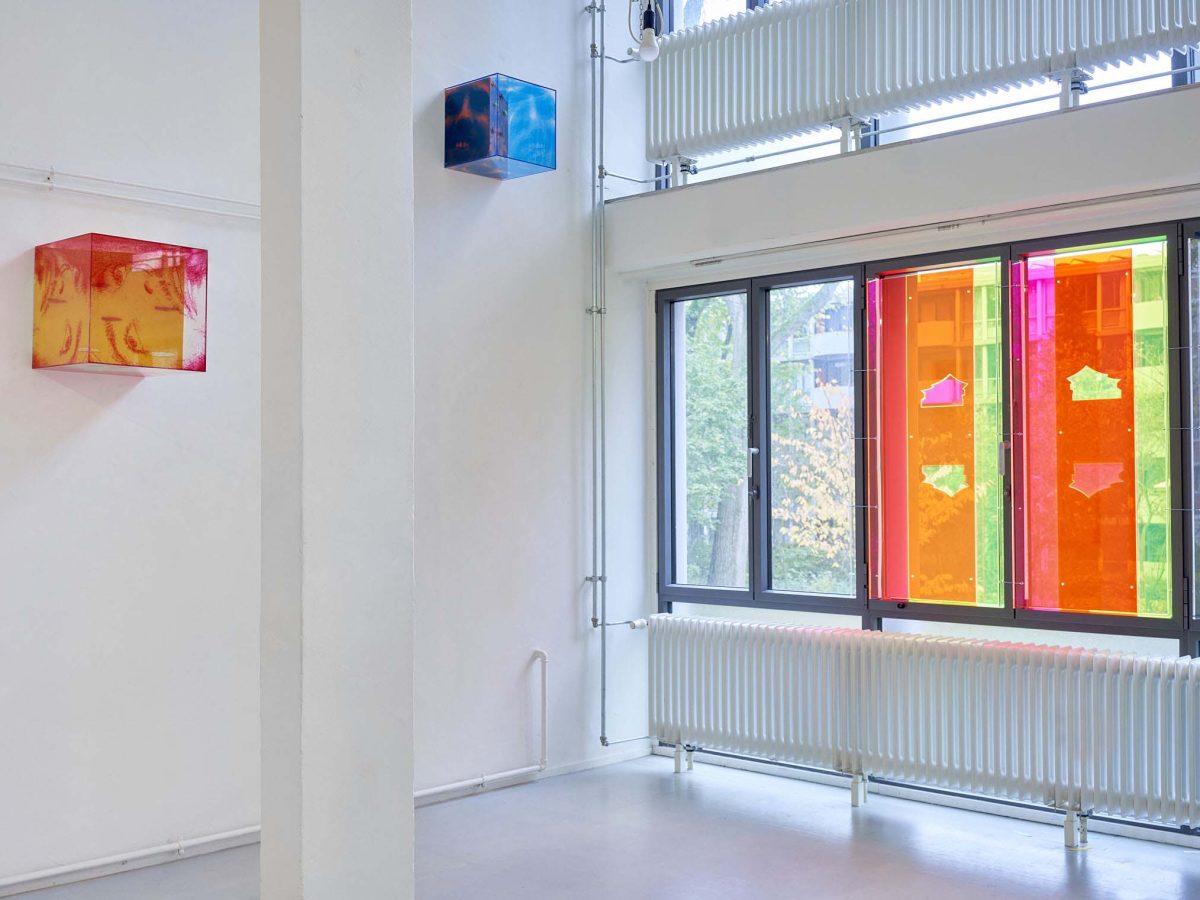 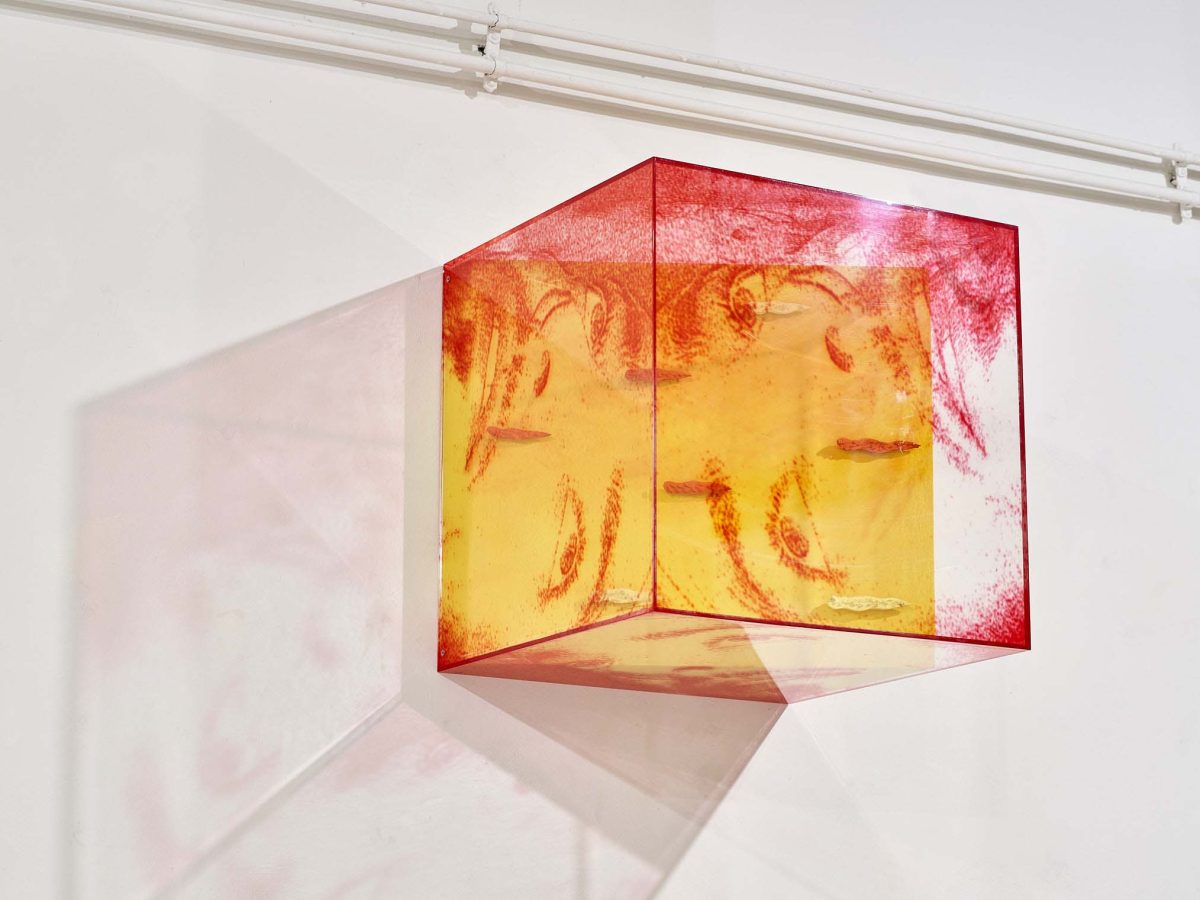 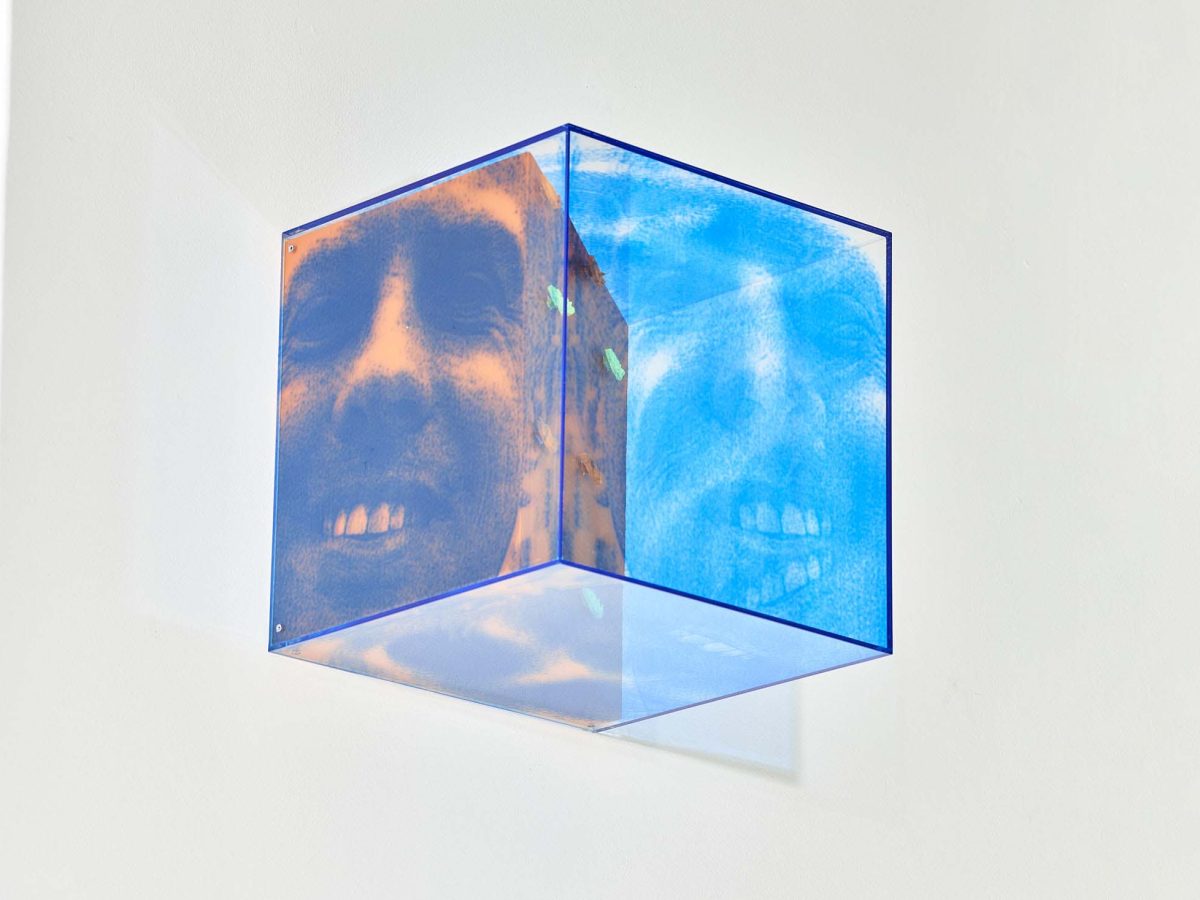 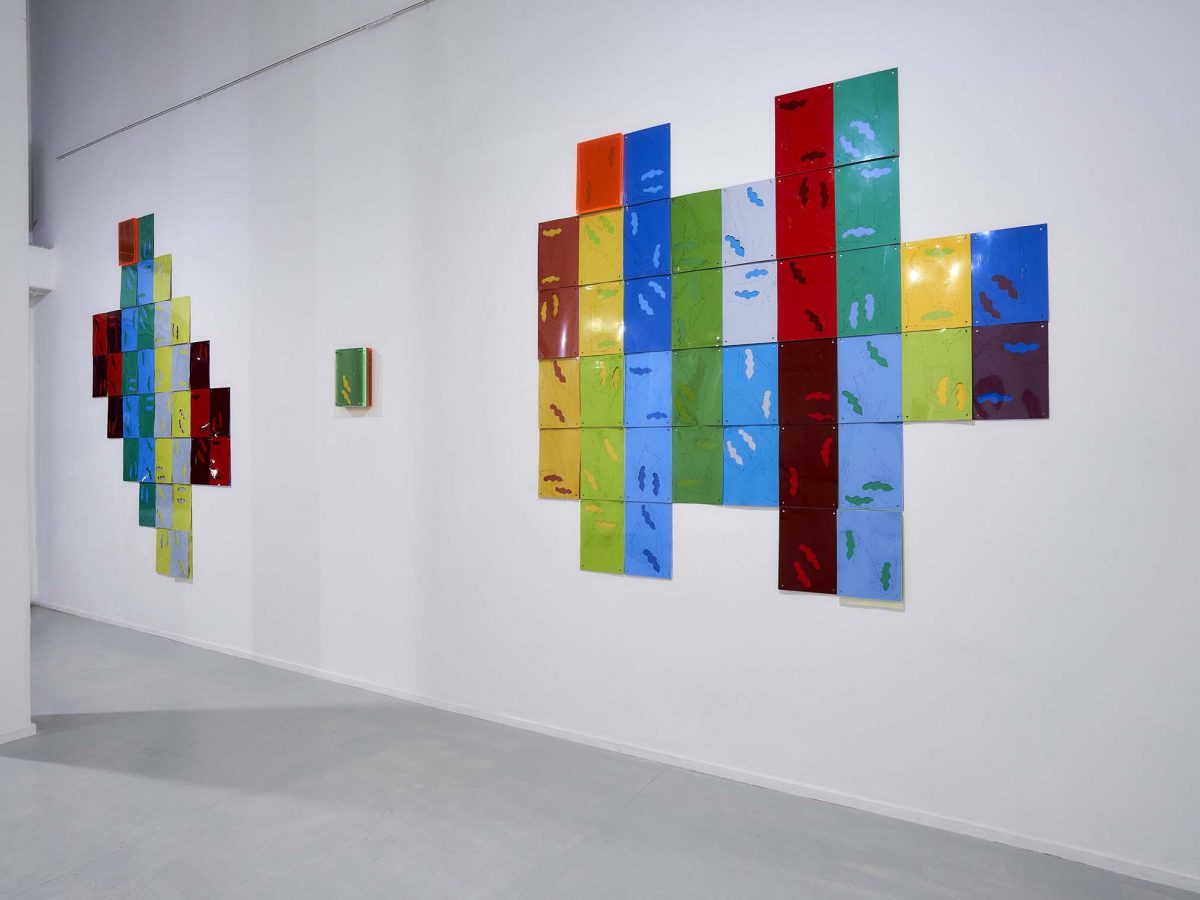 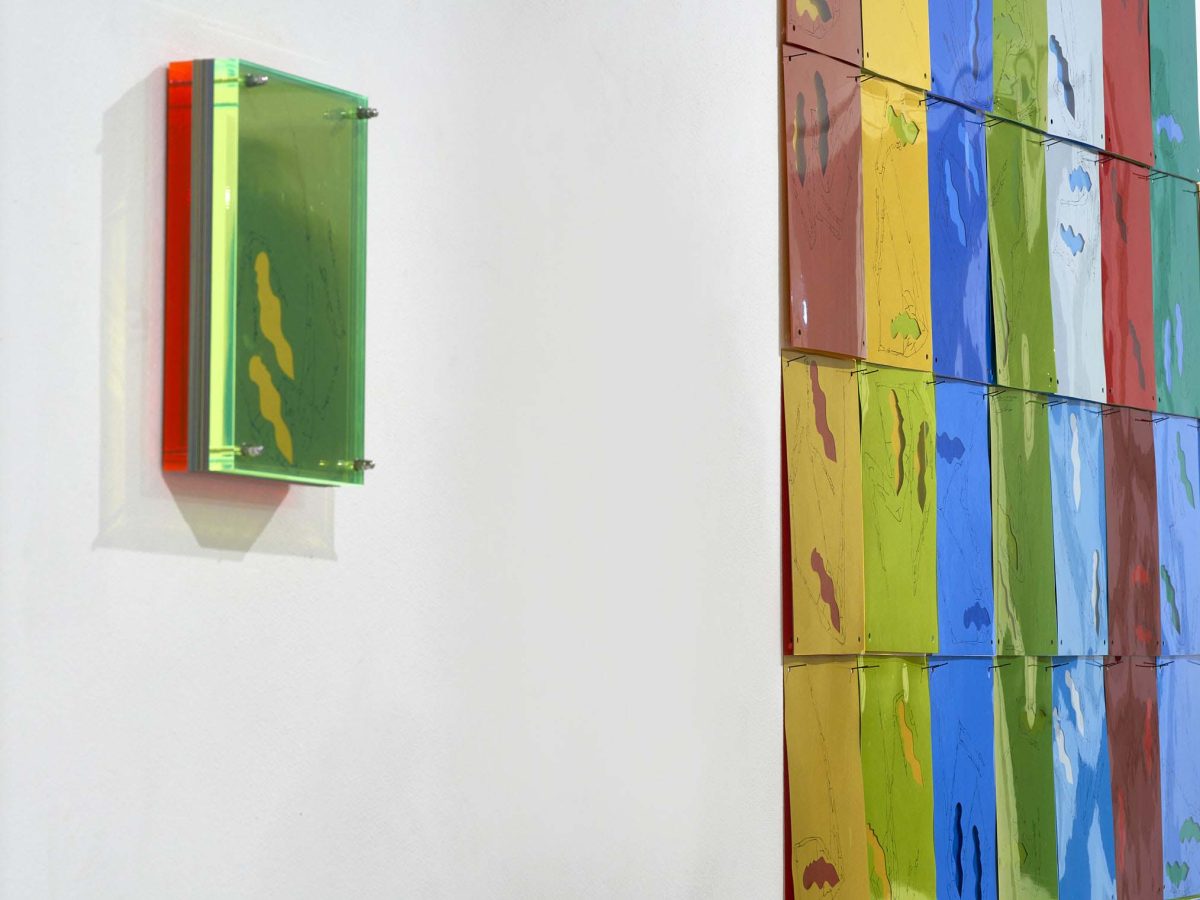 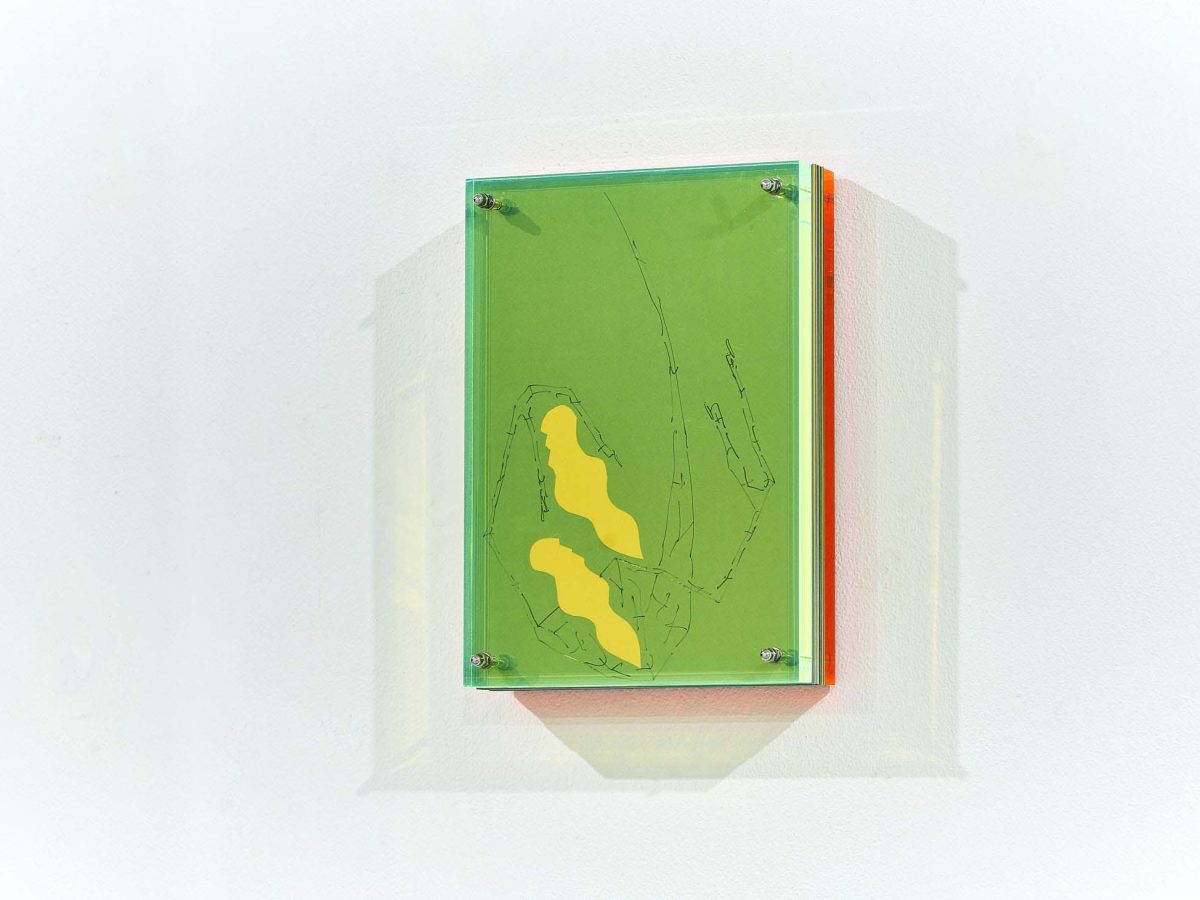 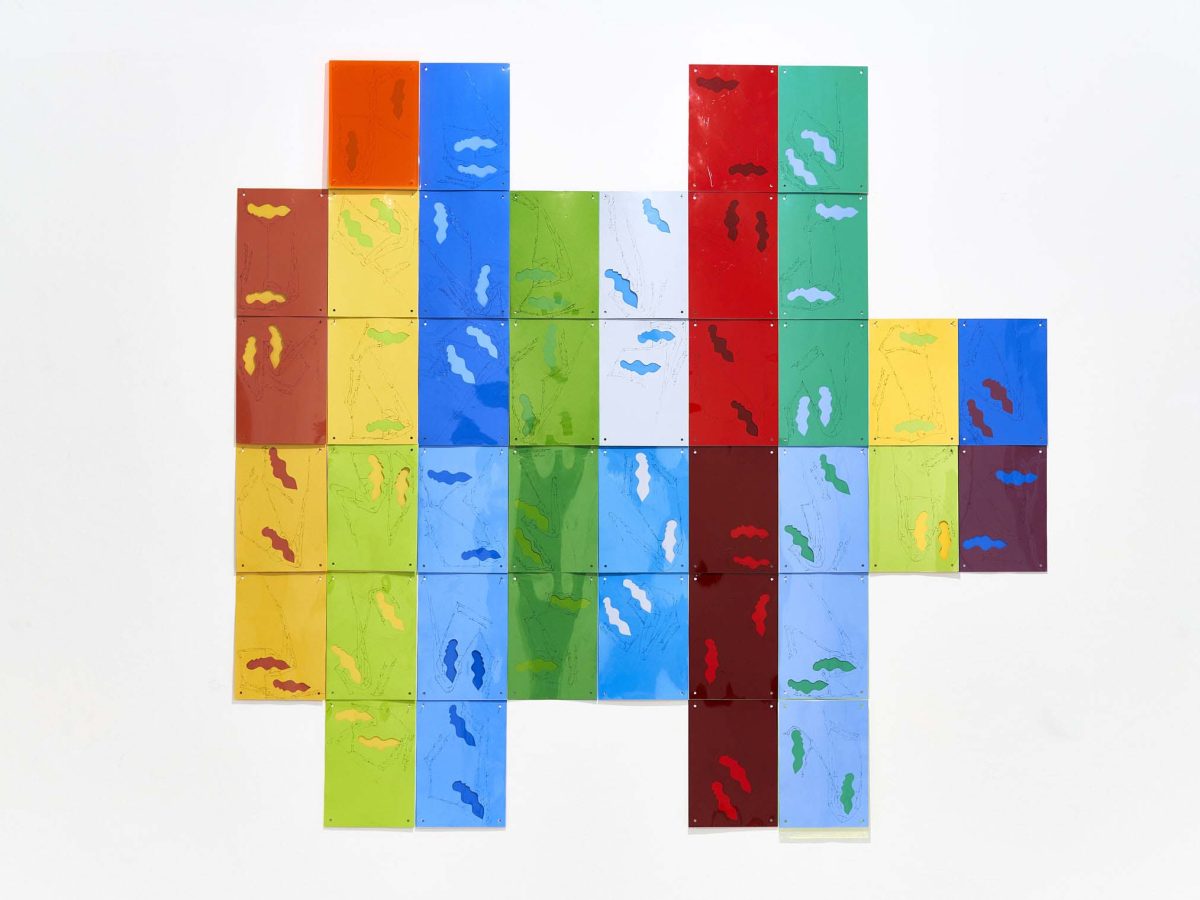 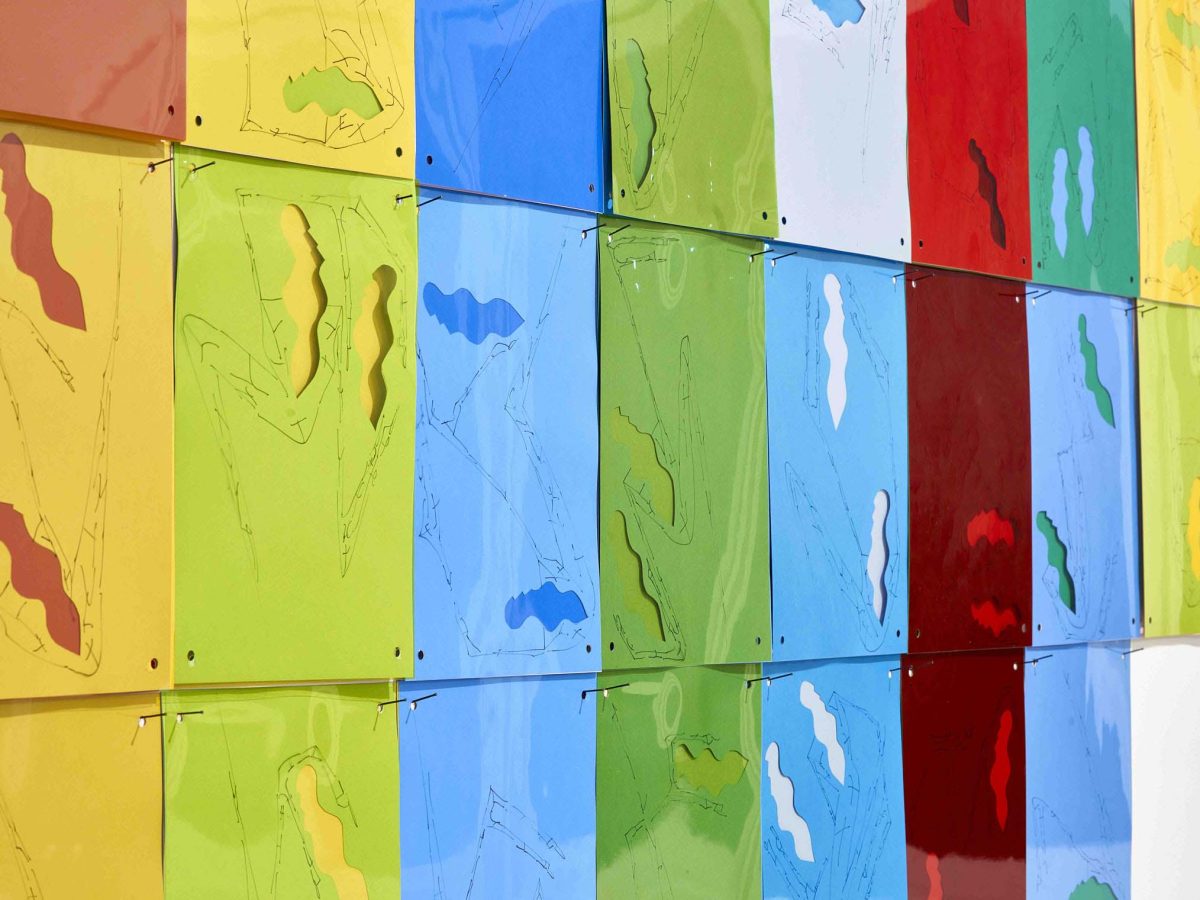 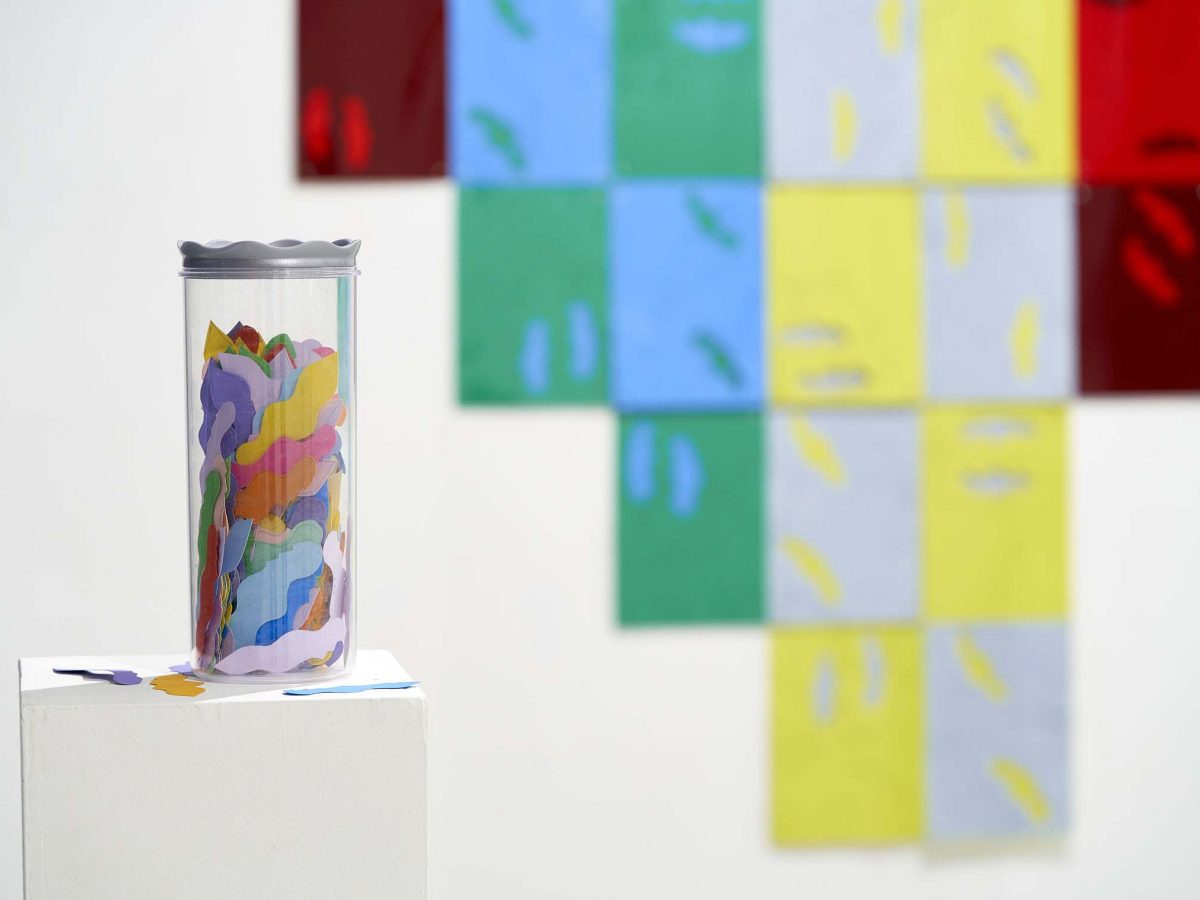 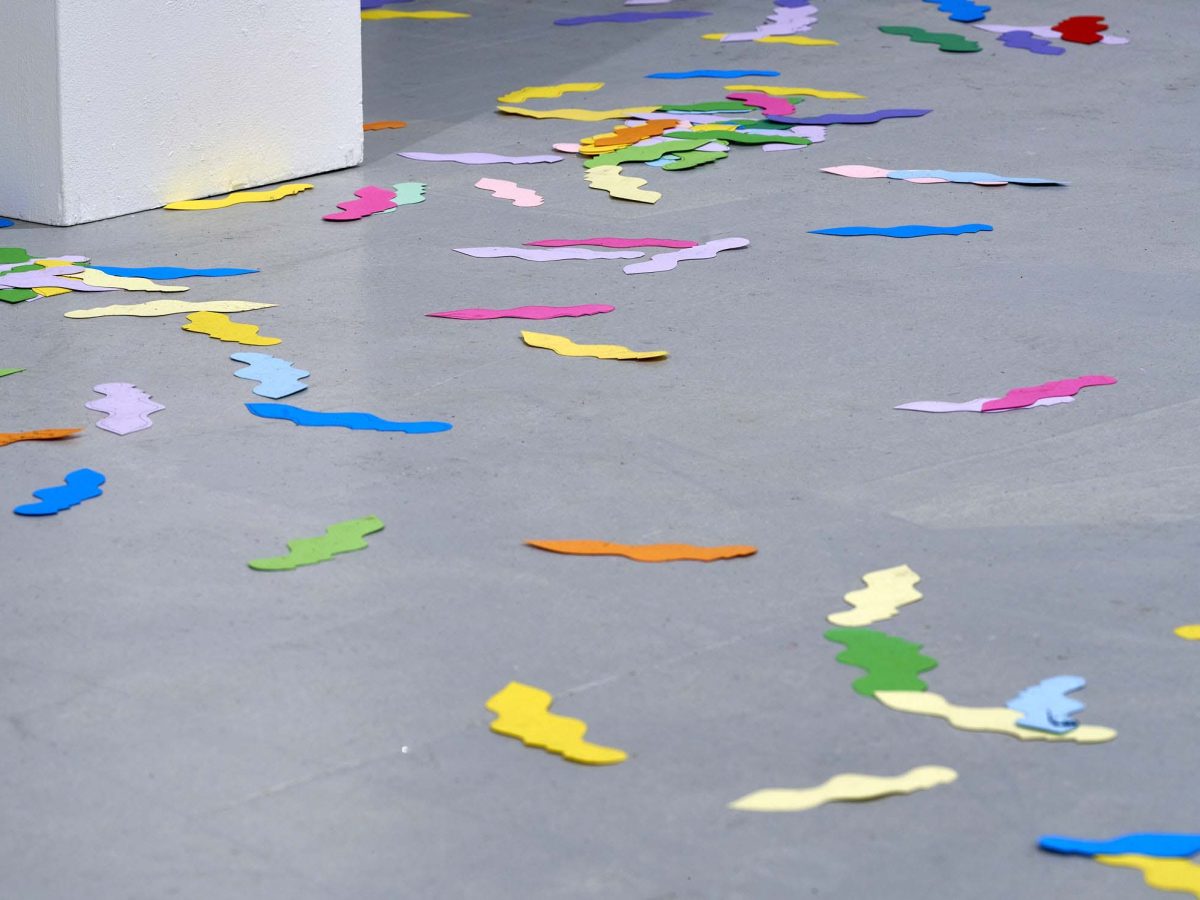 
I have been familiar with Francesco Candeloro’s work ever since I started working with contemporary art professionally. Only in the last few years, however (and in particular after the exhibition at the National Archaeological Museum of Naples, where the artist’s works were built on the continuous interaction with the wonderful ancient sculptures), I realized that his practice has to do with that territory of relationship/conflict between the two and the three dimensions. Much of his research, in fact, is characterised by the opposition between the different visual logics that usually hide behind a two-dimensional and three-dimensional work. It is as if, in his continuous investigation, the artist had never surrendered to the differences we are accustomed to grasping – visually? ideologically? – between drawing and sculpture, or between painting and installation. And, on the part of the artist, the question does not arise so much from a need to theoretically subvert the usual descriptive taxonomies or stereotypes of perception, but rather from a personal daily practice that is libertarian and substantially anarchic. In other words, the artist manages to make a conflict evident in a liquid and playful form, by attending it assiduously starting from his work in the studio.

In Candeloro’s works, sculpture and painting are both present and they chase each other like two children who play together while running, even though, apparently, the first one prevails. In particular, it should be noted how the final form of his works is substantially almost always the three-dimensional one, of sculptural matrix. But, in his case, the material, the modeling, the volume or the encumbrance – characteristics proper to sculpture – are not expressive instruments from which the work itself intimately originated, as much as the final deposit of a process that finds its basis elsewhere. Plexiglas, metal, neon and every other material used by Candeloro are in fact the transposition of a thought that develops, in most cases, from the drawing. Conceptually, generative elements are thus the sign, silhouette or line arranged on a surface, i.e. aspects that develop from executive practices of a two-dimensional nature, which are essentially traceable to geometric or minimalist painting. According to Encyclopedia Britannica painting is “the expression of ideas and emotions, with the creation of certain aesthetic qualities, in a two-dimensional visual language. The elements of this language—its shapes, lines, colours, tones, and textures—are used in various ways to produce sensations of volume, space, movement, and light on a flat surface.” [1] The artist fully follows this definition, poetically making use of the three dimensions. His works can indeed be read as real pictorial germinations that take an unexpected formalisation: they are coloured and juicy fruits that fall far from the tree.

The symmetry, the use of matrices, linear visual elements, the chromatic inversion, the use of translations are recurrent in Candeloro’s works and show his great interest for geometry and composition. interest in geometry and composition. The artist, as demonstrated by the works of the Books series [2] (works on paper on several levels that can alternatively assume the form of a messed-up book arranged on a wall or that of a stack of sheets of paper held by two plates of coloured plexiglas, he recurrently adopts linguistic forms based on primary components and their serial recombination. It is the order of the elements, the rhythm of the shapes and colours that determine the final composition: the visual structure of the works is essentially geometric, based on the simplification of the constituents and their organized repetition. However, it should be observed how frequently the artist feels the need to break the rigor of the structures, softening them with minimal elements that can be traced back to the drawing, the decoration, an intimate sense of grace.

The works made with plexiglas originate from an artist’s interest in architecture and its possibilities of conditioning chromatic perception in space. His Cubes and Plates are minimal elements characterised by the presence of screen-printed images on the surfaces, often using photographs taken by the artist, which often lead back to his imagery, his life or experiences or personal travel experiences. They are simultaneously diaphanous volume and two-dimensional image (again), which confront each other in a combinatory game fed by transparencies and continuous overlaps. But they are also objective forms, each endowed with a personality and different degrees of interaction with the environment in which they are placed: are both destabilising elements and micro-constellations of images that intercept the observer’s glance, i.e. some points of chromatic contamination. Similarly, the Windows, which have some iconic carved elements on their surface (they are often profiles of architecture or landscapes) are created to intercept light and project a presence on other surfaces, such as the floor, walls or even people’ s body, as illustrates, for example, the intervention carried out in Amsterdam in the brutalist spaces of the Breed Art Studios designed by Frans van Gool. They are together encumbrance, but not of matter; painting, but of coloured light. Candeloro’s artistic practice, poetically fluid and expressively deideologised compared to each single media, combines in this way borderline aspects and grammars that are distant, partly contradictory. It is, his own, an extensive form of painting, which urges the observer to adopt different and opposite visual strategies at the same time, in a continuous game of shifts.


[1] “Painting”, in the Britannica Encyclopedia. Entry available at www.britannica.com/art/painting.
[2] The names used (Books and then Cubes, Plates and Windows) are the informal names used, even by the artist himself, to indicate the series of works. In reality, each work has its own specific title.