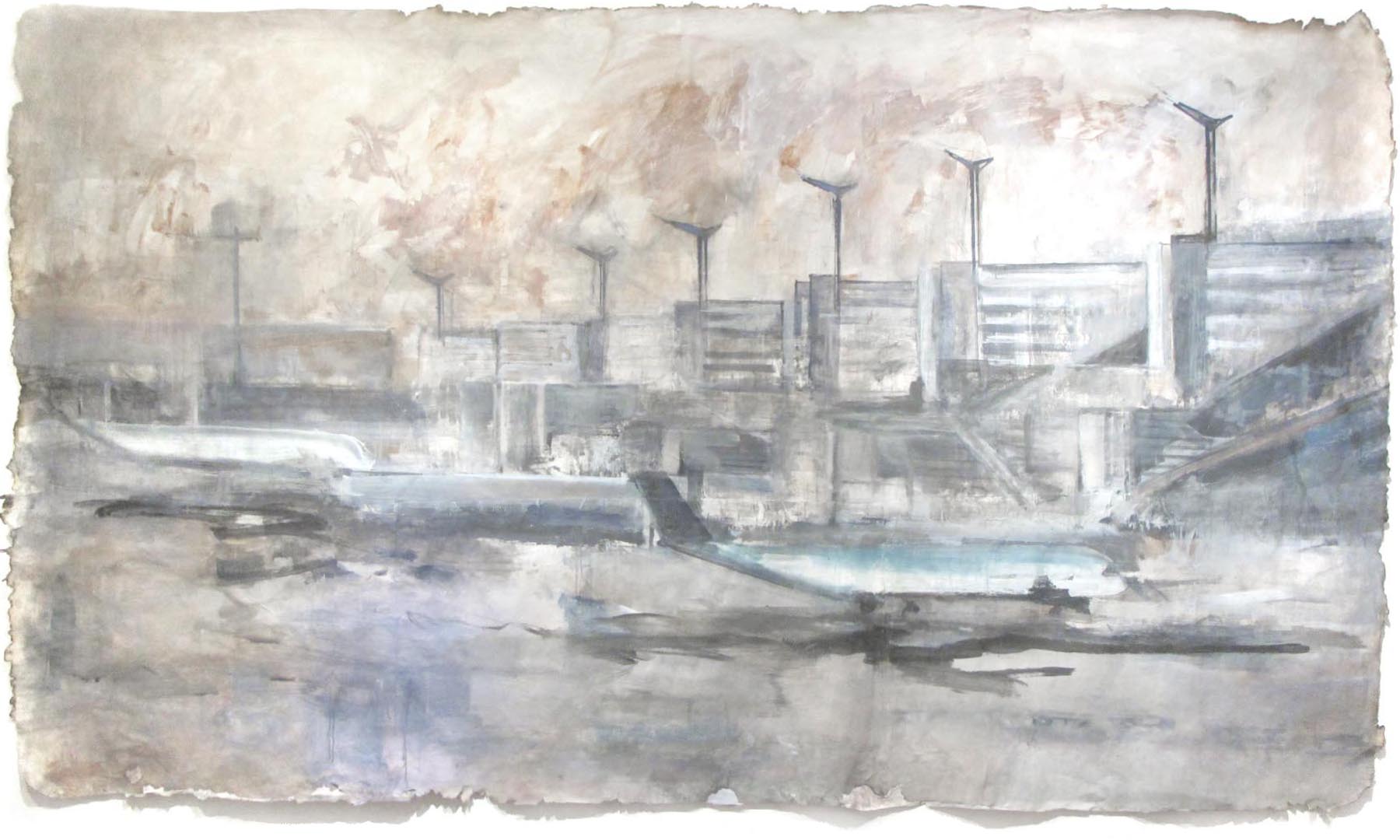 The placid swashing of the lagoon waters
Daniele Capra


The relationship between the life of an author and their artistic production is one of minefields the whole art critique – since the time of Giorgio Vasari – has had to deal with. The vexata quaestio revolves around the more or less close dependency between the biographic details of an artist and the evolution and development of their oeuvre. To what extent are they linked and connected? Or, on the contrary, freestanding and autonomous? To what extend one’s biography affects the progress of their intellectual work? And, taking a further step forward, when is art determined by outside conditions and what is actually the result of what occurs in interiore homine?
Out of my personal experience I can say there is no valid criterion that may lead to a solid answer beyond any reasonable doubt. With some authors, their life events are key to comprehend their research, for others such correlation is not worth considering or particularly meaningful. For many artists works and life follow different paths that barely intersect with one another, and in this case knowing other biography details will not add further information. For other artists, the two paths blend and merge, so much that ignoring either of them might entail a lack of comprehension of the other. Since I first met him, I had the feeling Gino Blanc belongs to the latter group. Life is not only what remains after closing the studio door.

His sweetness. This is what struck me about Gino when I first met him, in a situation that was distant from his professional life, but very common in Venice: the aperitivo, drinks before dinner on a summer afternoon, when the heat stops being so oppressive and allows people to gather in a bacaro[1]. It’s the realm of the ombra[2], of spritz – with Aperol, Campari or, more originally, with Select – an of ciacola, chit chatting. I even recall we talked about women, with the smooth indolence that is a trait of his character, and sometimes also of mine. Although I am a curator, it took me a lot more time to get to know him as an artist, partly because I like it when thing happen spontaneously, and partly because Gino doesn’t like to talk about himself, but he is rather like a stoic wise man that lets his destiny run its course. Nothing is contrived in his life, in his art, in love: What is bound to happen, will, without the anxiety that too frequently seizes those who are persuaded they are totally capable of arranging their career into a sequence of close stages (or of guiding their destiny autonomously).
The day we talked for the first time few things were clear to me: that he practices almost exclusively painting and that he is magically seduced by femininity, not only in its erotic element but also in its liquid and suave one. I did not perceive other details but it was adamant that before stepping inside his studio to exchange views, to reason and talk nonsense, we would have talked about other things. About friends, food, female physiology and pornography, traveling and movies. Although he is the artist, and I am the curator, our life and ourselves have always been central. Life, in fact, is not only what remains after closing the studio door.

I started to get to know the rest of Gino in the following months and I recall talking for hours at Erica and Nebojša (Despotović)’s wedding, among sarde in saor, king prawns, baccalà mantecato and Balkan dances. But I also recall incessant talking in Forte Marghera and chit chat at the artist-in-residence of Dolomiti Contemporanee. Yet I has seen his first painting at the Accademia di Belle Arti in Venice, much earlier, with the fioi[3] of the atelier F. The atelier F remains one of most unfathomable mysteries of the Venice Accademia’s history, and to its origin are linked almost all the best artists that came out of the school in the last twenty years. Almost all painters in their chosen practice – or painters in the way they see the world– and all of them indissolubly linked to the figure of Carlo Di Raco, one of the most mysterious, unfathomable and mesmerizing of art teachers.
Gino, for instance, spent twelve years with Di Raco, because the frequency of those encounters went far beyond ordinary academic schedule. The students keep working in that space for years without cutting the umbilical cord. Like many of the fioi, Gino has developed a kind of filial love for everything he was inside the cozy womb of that atelier, for the time he spent working here. Life, sometimes, is not only what remains after closing the studio door.

The first solo show of Gino, in Venice, struck me for its multiple approaches: the variety of the iconographic subject and the adoption of different pictorial modalities. The idea of change, as testified also by the exhibition hosted by Marco Lorenzetti’s gallery, is his peculiar stylistic feature. Gino can do everything and takes his time to do it, without having to fake consistence only because it is convenient. He loves, as the singer Enzo Jannacci would have said, too see the final effect, while hiding. With no desire to amaze, but taking pleasure in being himself the element of connection, laying claim, among his inalienable rights, to the freedom of a vocation that entails looking for what one lacks, to subsequently try it hands-on. The pleasure lies in changing, in not enclosing one’s work inside a predetermined and strict formula.
Gino is ever-changing and liquid, like the water in the Venice channels that never looks the same but it is. He reflects himself, plays with the viewer, covers in fabric, chooses the depiction and iconic modalities shortly after; it’s the eye of the viewer that will combine the opposites, with irony or detachment . Freedom is not for sale and must not be sacrificed for the sake of consistency. Life, however, is not only what remains after closing the studio door.

I ignore into what directions Gino’s research will develop. I have no idea where airports, his knitted works, the scrap will take him, but probably it doesn’t make much sense asking ourselves. It is his desire, his skilled hands, the play on combinations, the will to be different that guide him. And all this is topped off by a certain mild-mannered, contrarian attitude that will keep taking us aback, making us feel that being an artist maybe is better than the activity of the artist, and that personal experience is always more valuable than the number of exhibitions one has listed in a résumé. And also that life, at the end of the day, is not only what remains after closing the studio door.