Giulio Malinverni
The gaze of Janus 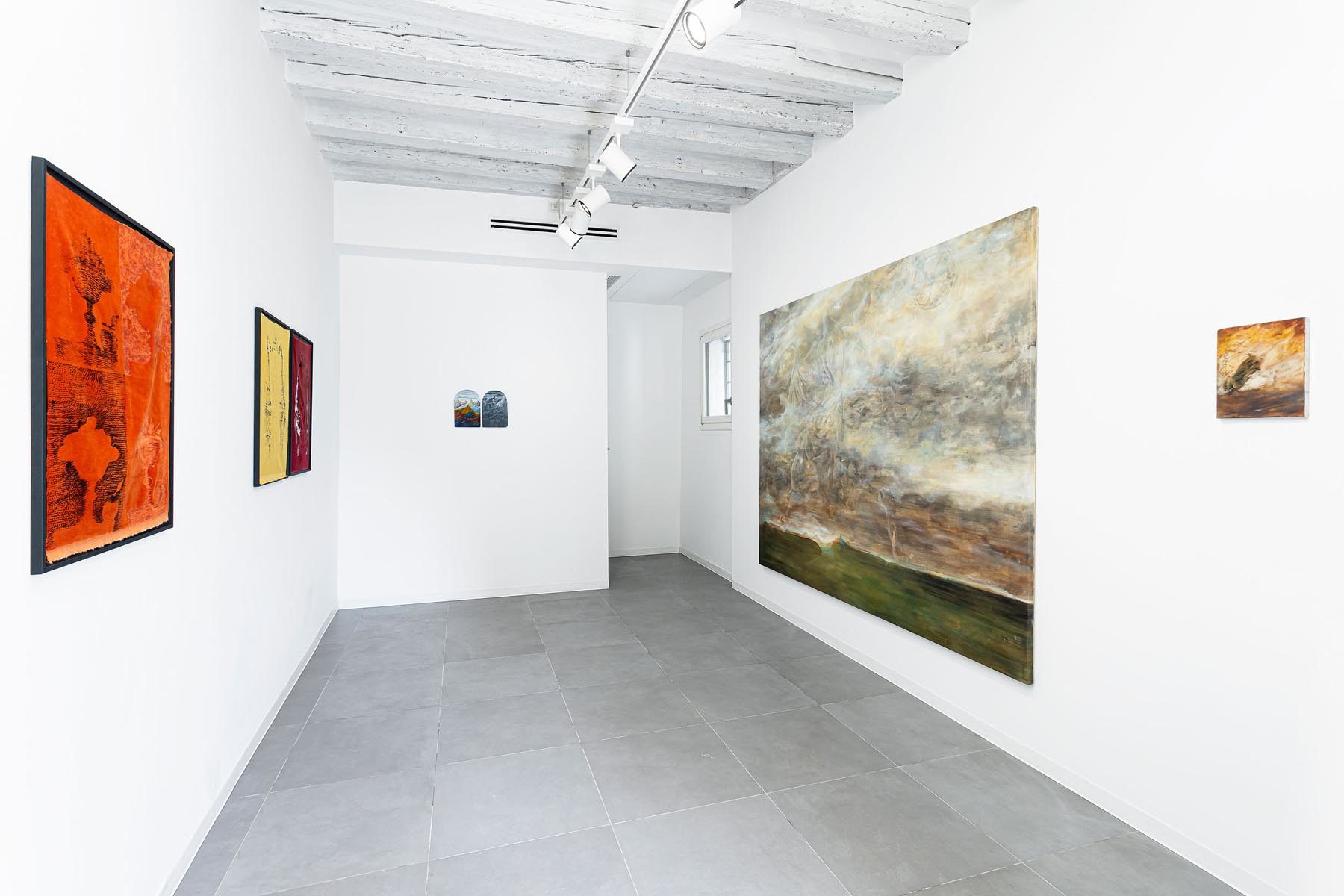 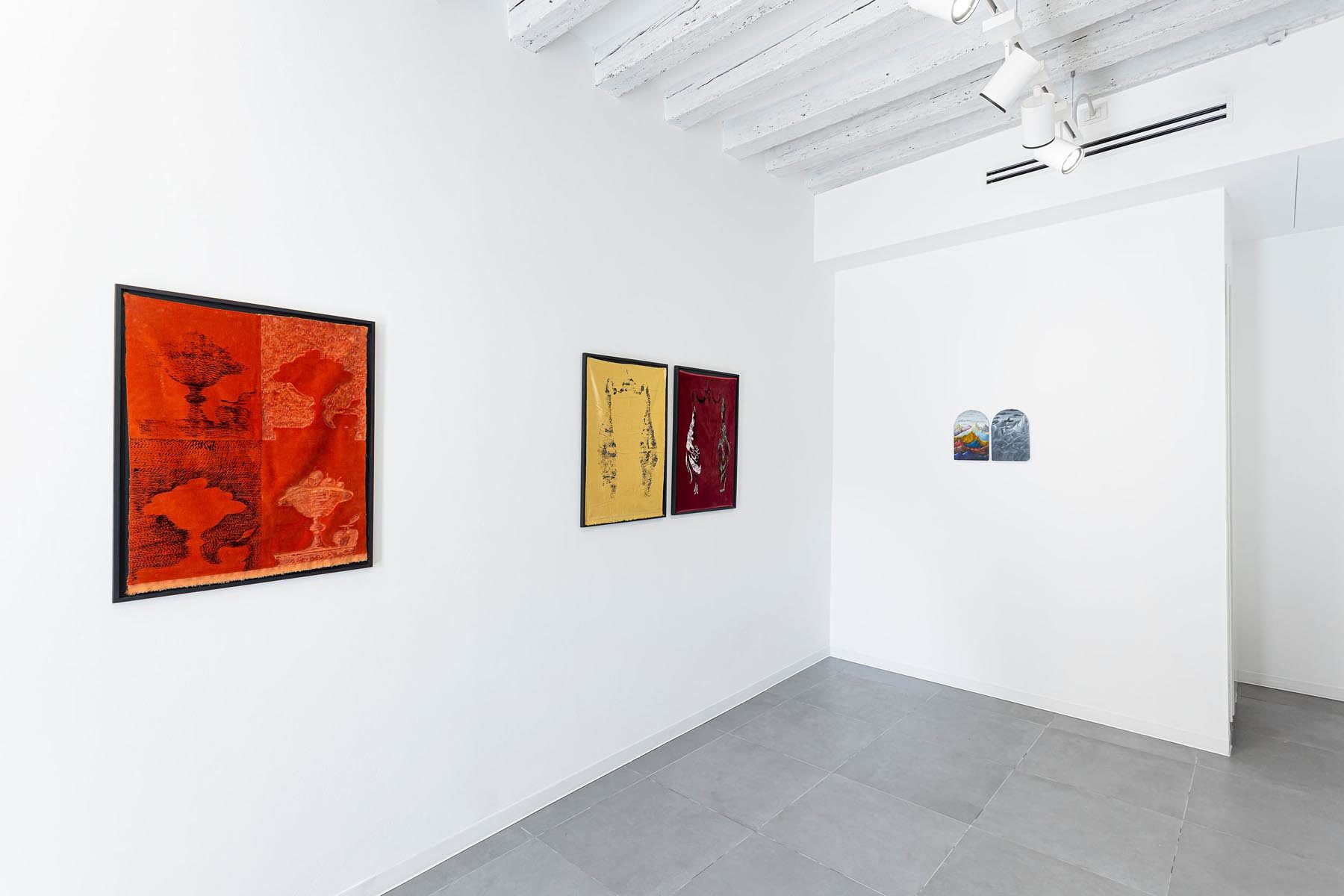 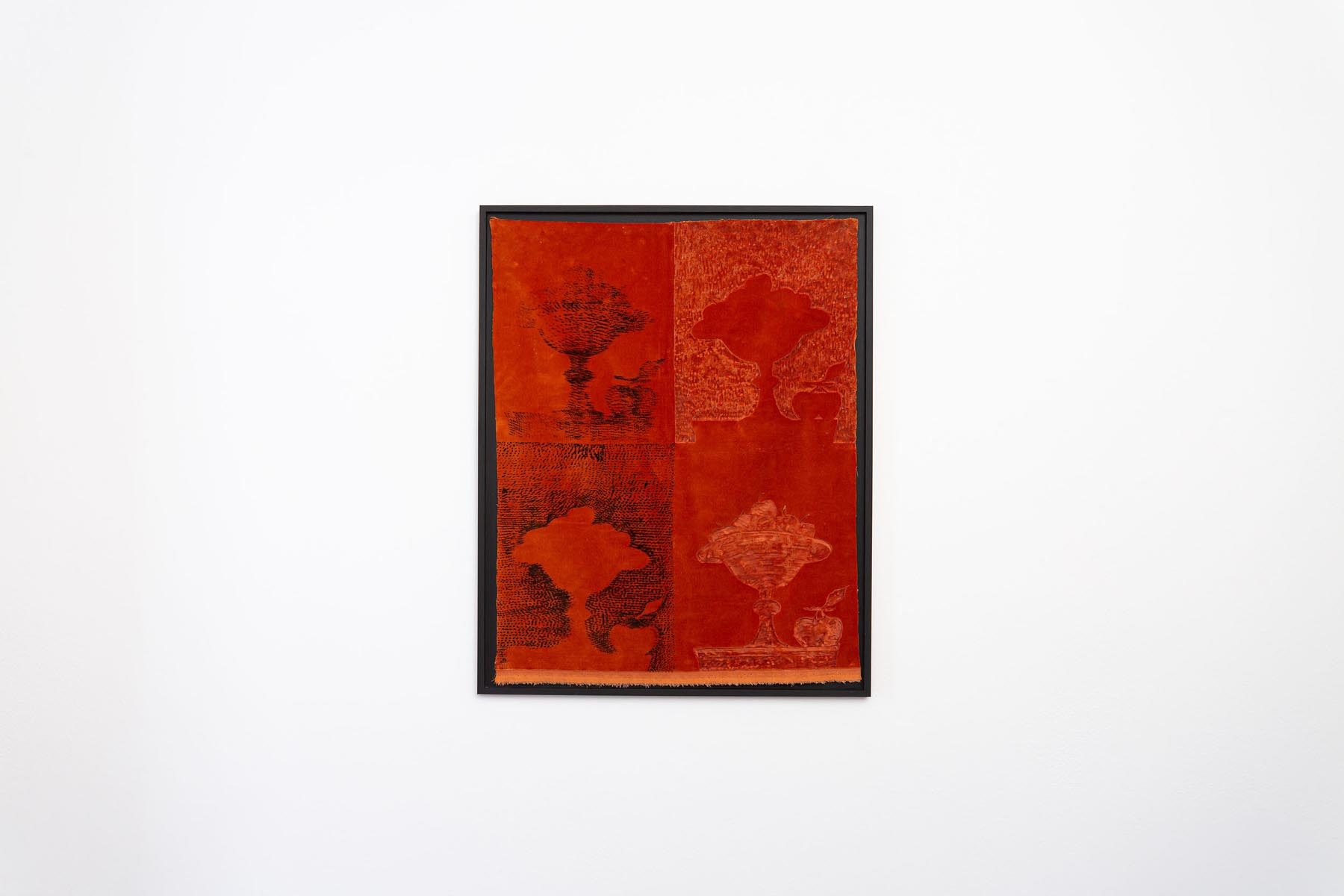 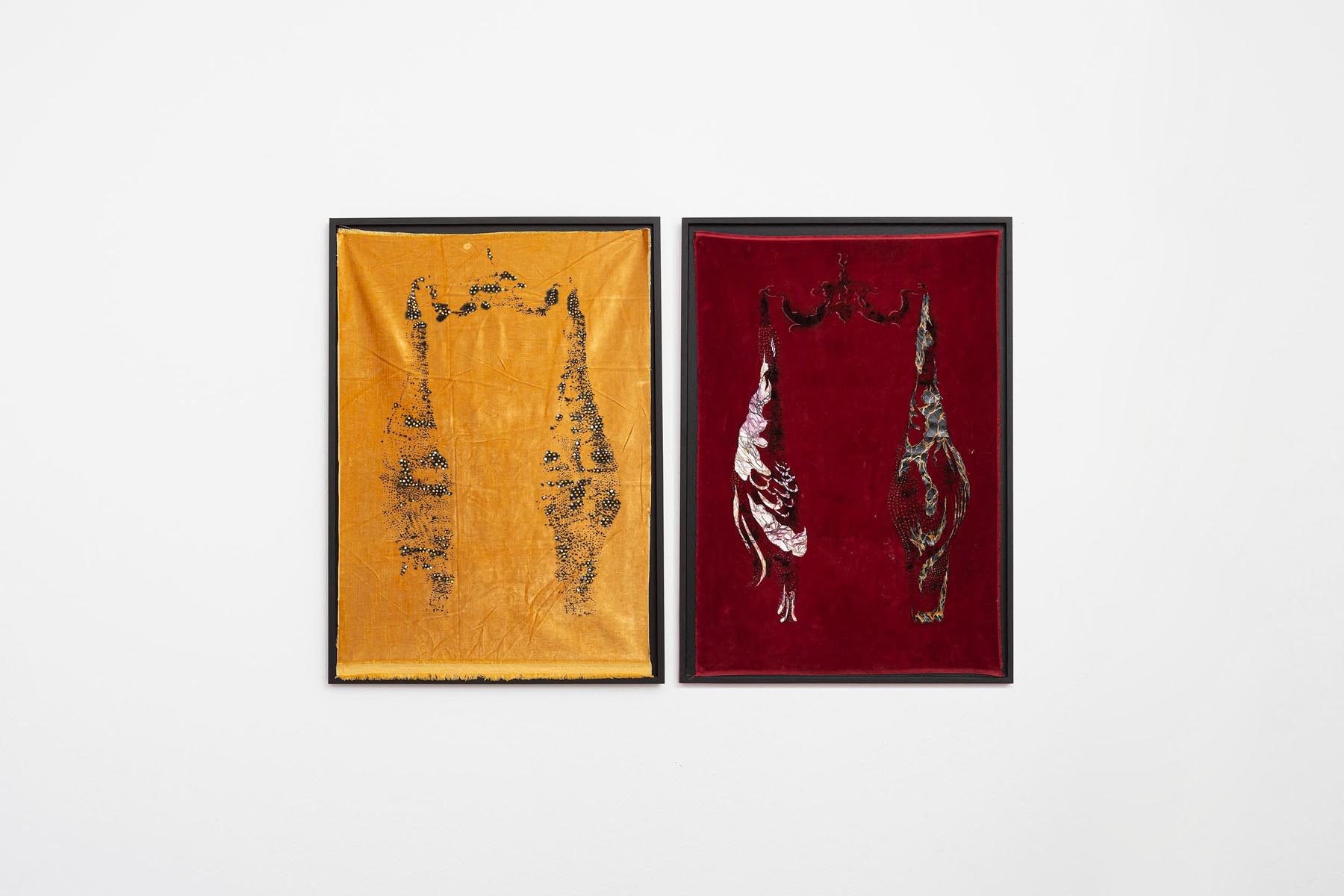 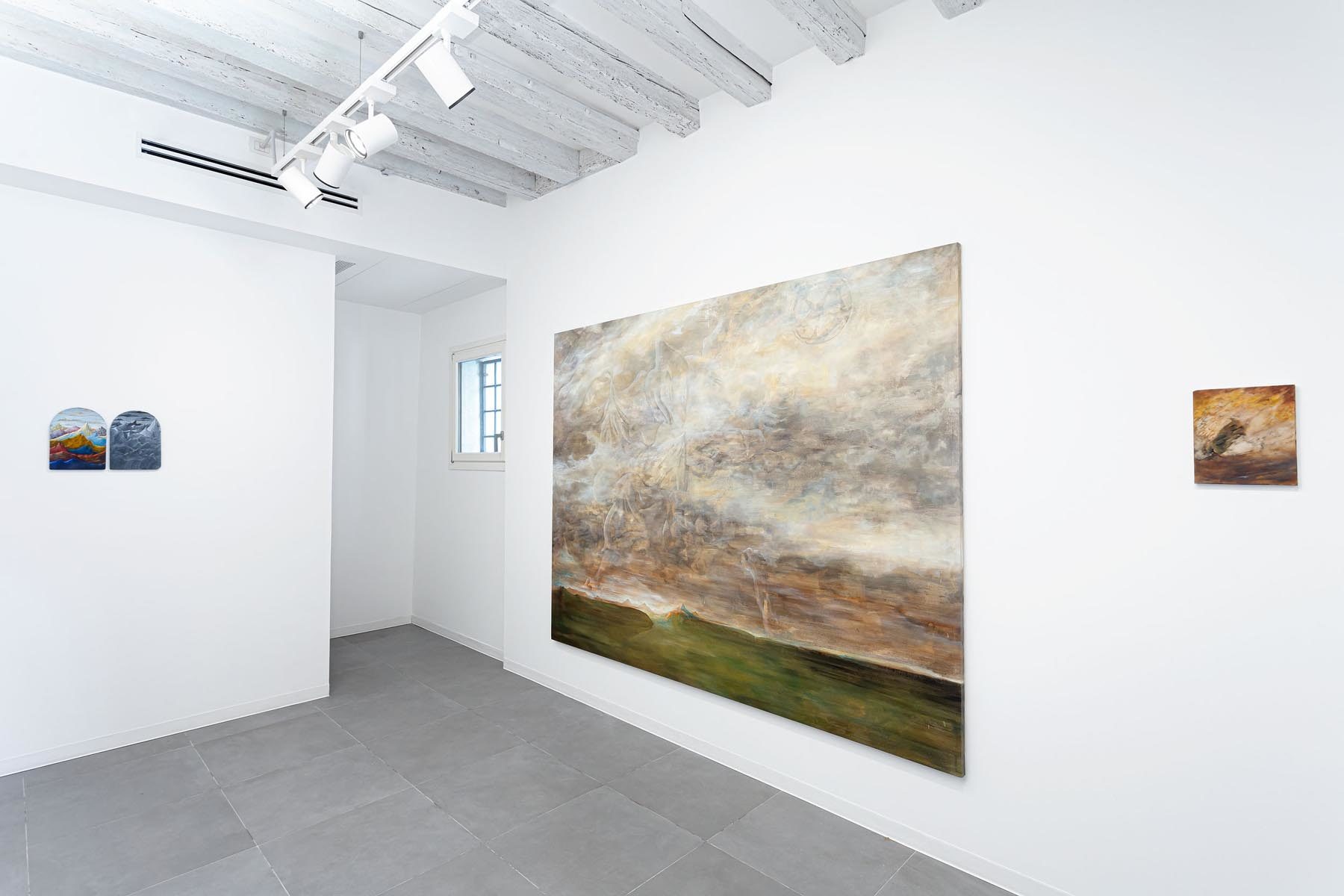 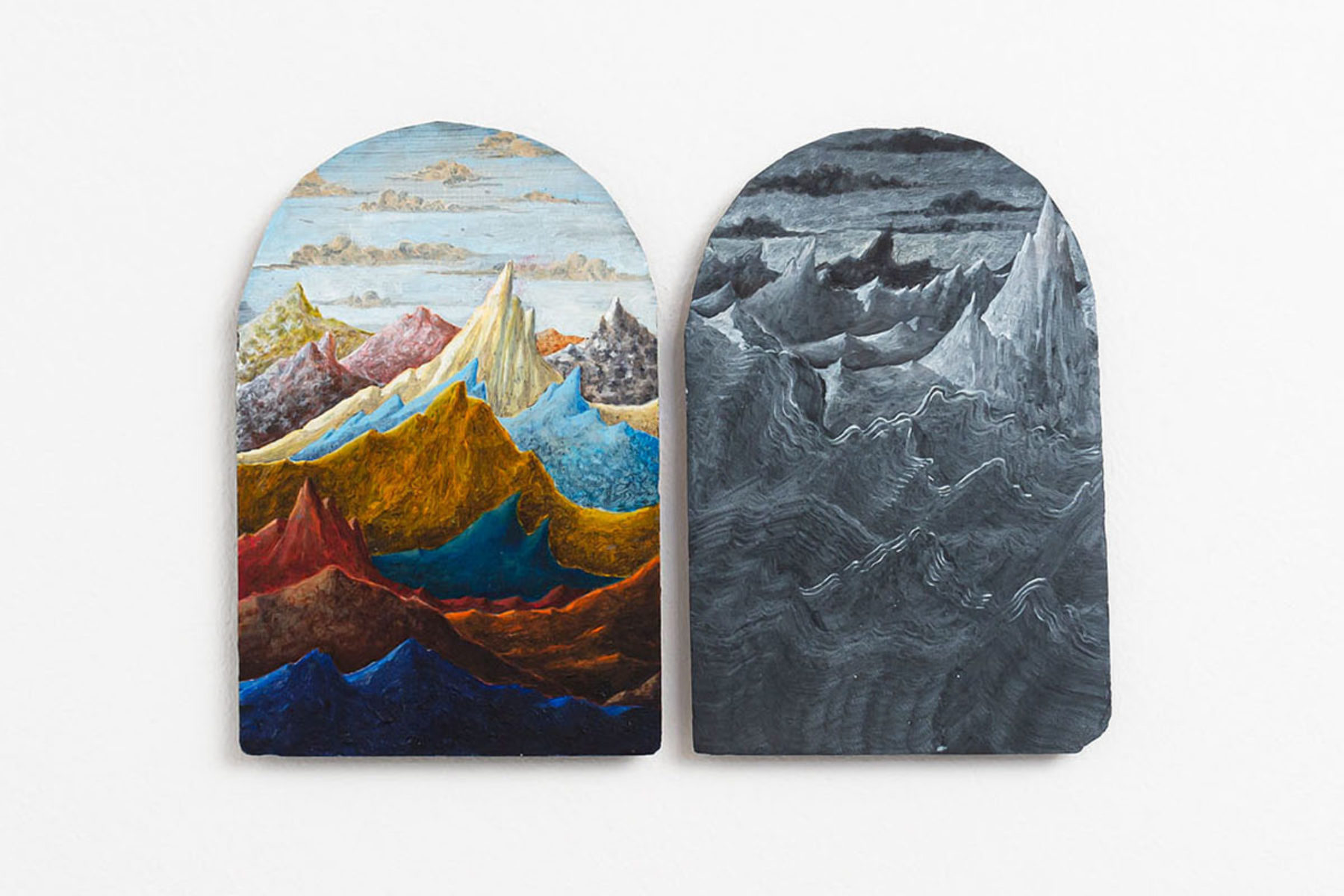 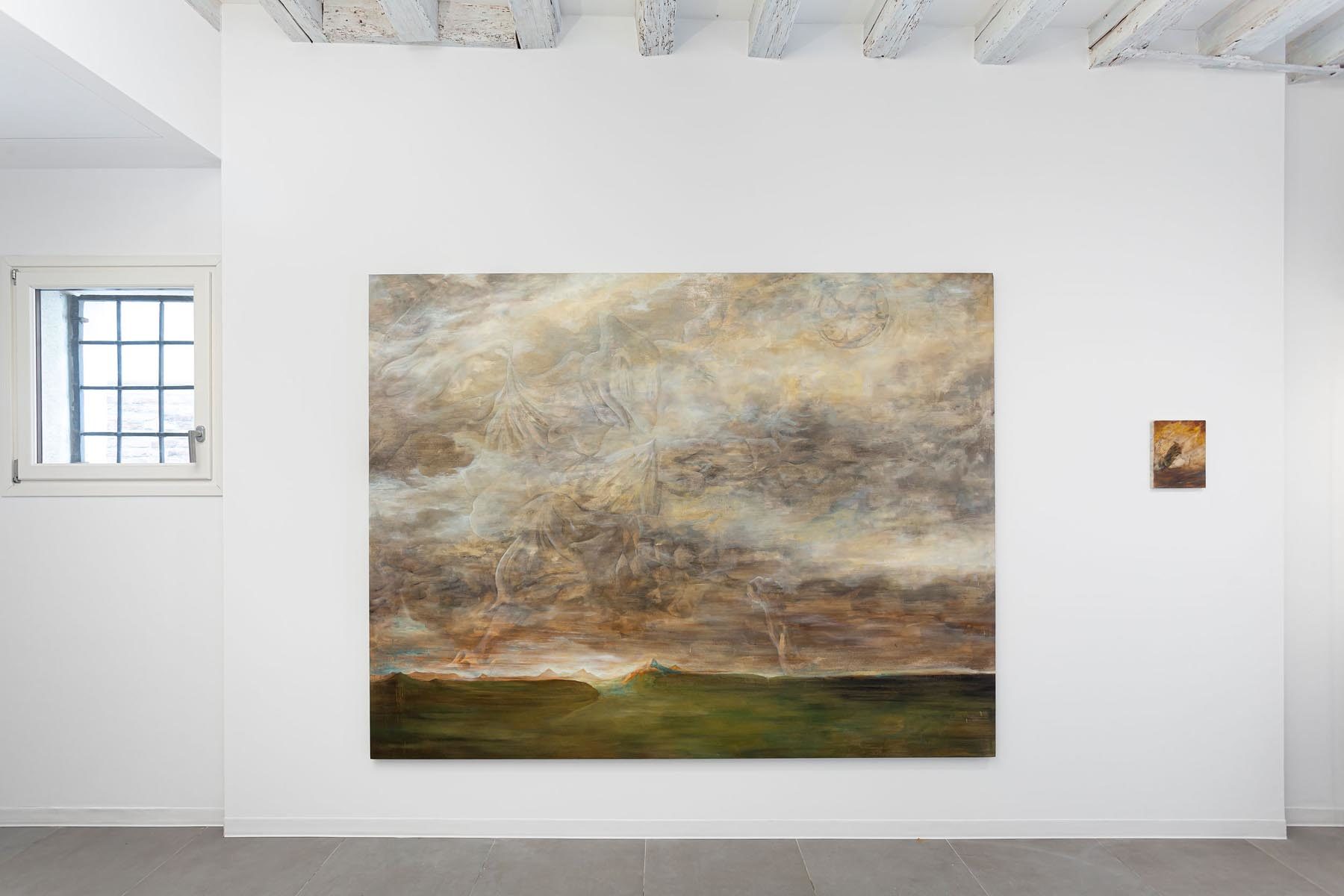 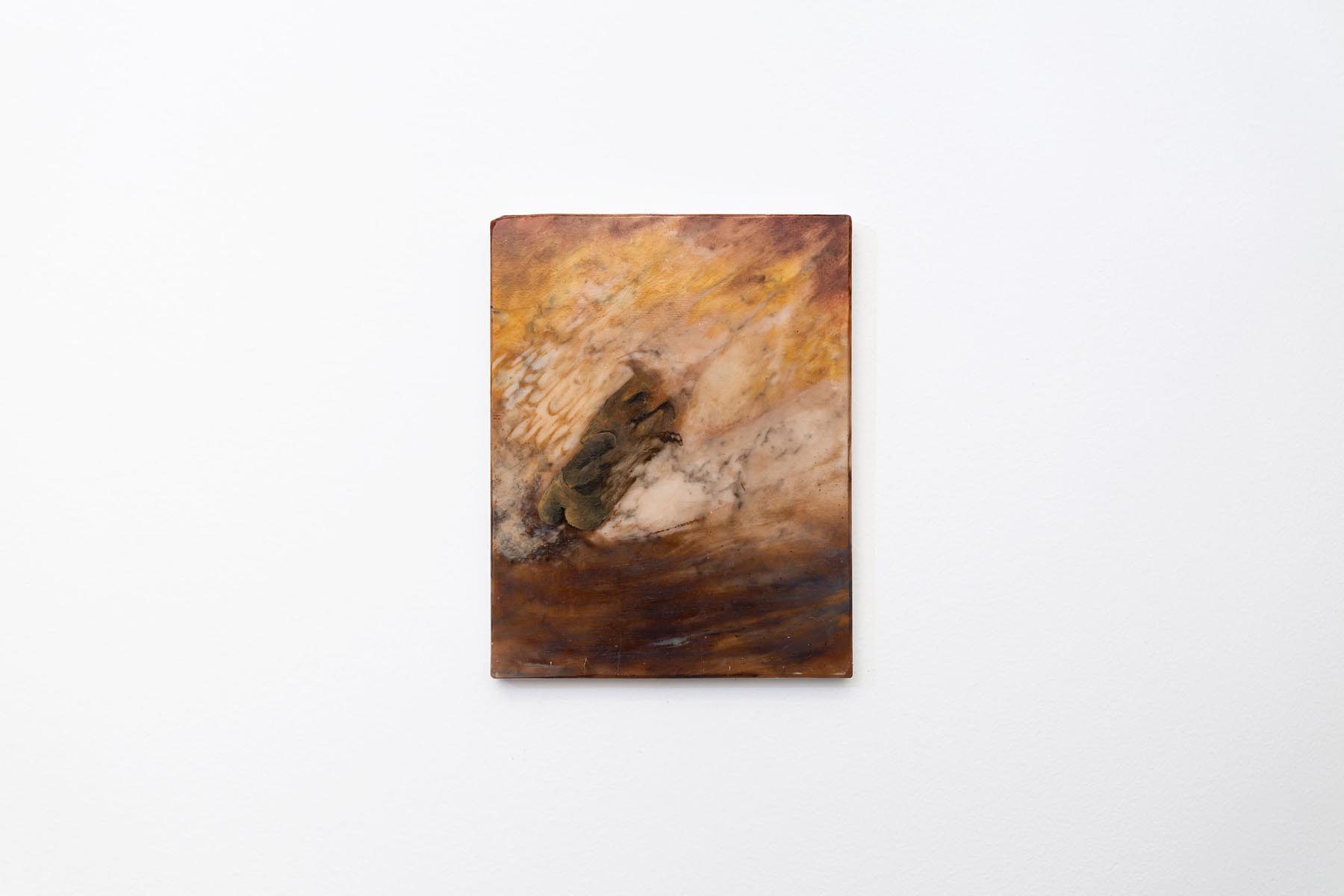 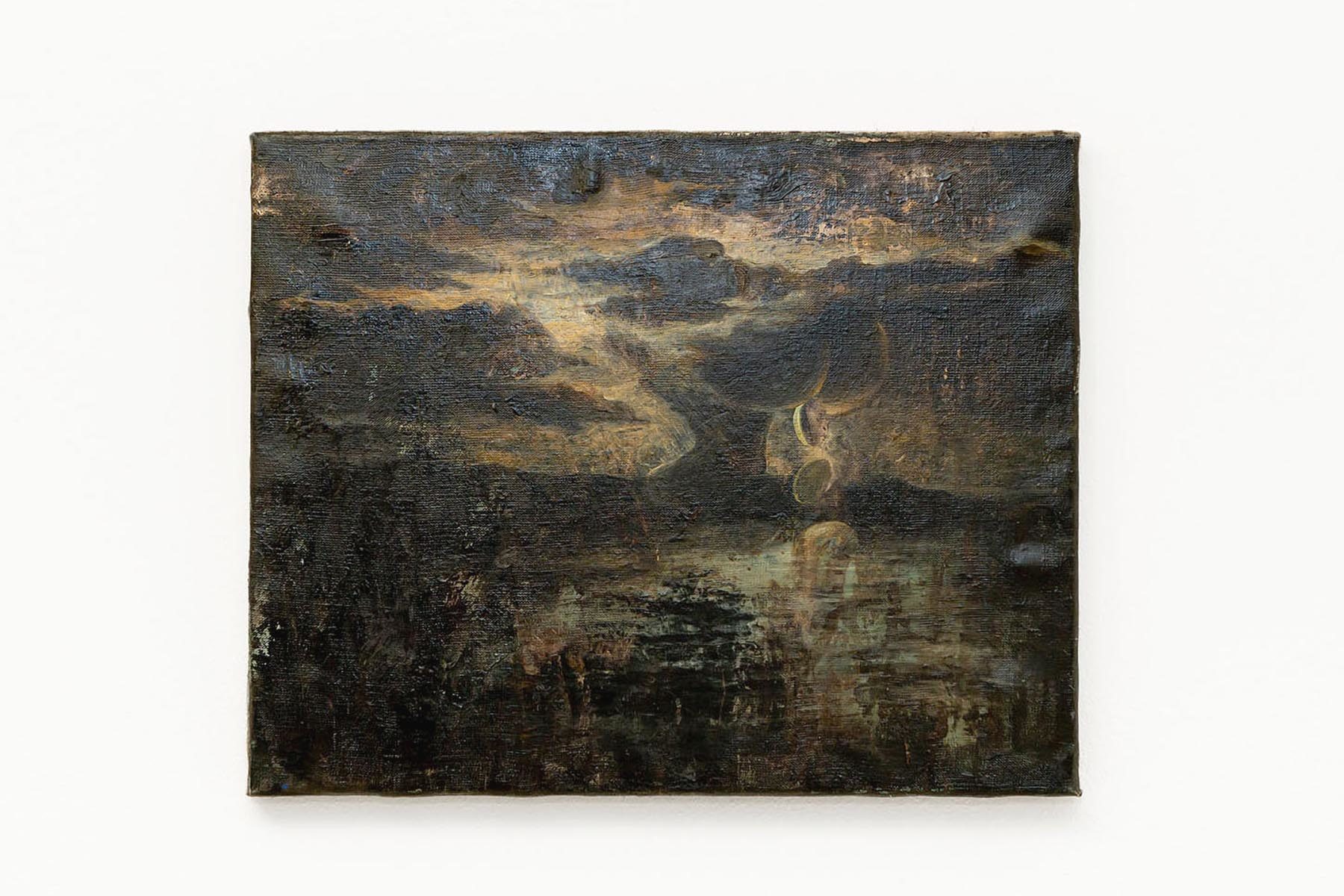 “The future winters in the past, meaning there exists an unredeemed past whose promises, not yet fulfilled, continue to press on the future: this is why we only desire what we have already known and project ourselves onto the future developing expectations of the past.” [1]

Janus, apparently, is a whim of Nature. An alienating instance of a deity affected by diprosopus, a congenital malformation the doubles the frontal part of the face of those unfortunate ones afflicted with it. It is a freak, a forbidden, uncanny blow the Roman pantheon [2] deals on our urge for clarity, over which we never cease wracking our brains (despite the countless hypotheses expounded by Latin authors and modern scholars). Janus has two faces and that is why he is the deity called upon to watch over crossroads and city gates: he can see in the two opposite directions. He controls whoever goes out, controls whoever comes in, sees where you are coming from and knows where you are going. Actually “Janus is the janitor who opens and closes the doors (januae) of the annual cycle with the keys which are one of his principle attributes. […] His two faces, according to the common interpretation, represent respectively the past and the future.” [3].
Janus gathers in himself opposite sections and serves as an apparatus able to connect two antithetical perspectives and two incompatible temporal articulations which otherwise would never be able to achieve a unity. That is, he joins these parts and keeps them united in a kind of elastic membrane, that mediates between the space before our eyes and the one behind our backs, between past and future. This explains why often in ancient representations the two faces are not identical: on one side the face is that of an old man (thus rich with the experience of the past) and on the other that of a youth (with a considerable future to encounter). This aspect makes the deity even more seductive, as it shows thereby a dual self that simultaneously lives two ages, two times that we perceive as separate and incompatible.

Janus, with his double and divided gaze that stretches over two horizons and contains two temporal extensions, is the mythological figure that best expresses the wide-ranging nature of Giulio Malinverni’s research. His artistic practice, in its strictly pictorial nature, is wonderfully fecund thanks to his special skill in blending genres, subjects, and iconographic situations that belong to art history with a genuinely contemporary approach and curiosity. Actually his work mingles the figurative universes of 15th and 16th century works and deals with architectures, landscape, and the portrait with a sensitivity to the subject of our day, iconographically combining contradictory and surreal elements drawn from medieval illuminated codices, events sedimented in the collective memory, stories borrowed from internet and social networks, but from his own personal archive of images as well. The recombination of subjects, the lack of hierarchy among the elements of the image, the presence of realistic details often assembled in an ironic way, and even non-sense, render of his work a postmodern narrative in which the sources of reference are openly stated and macrostructures made intelligible. This way Malinverni proves how there can be a painting intimately and conceptually nurtured by painting, that is, able to (re)generate itself by parthenogenesis, without an apparent outside contribution. Yet at the same time he demonstrates how tradition itself – iconographically as well as technically – can be a fictional subject of the narrative, if suitably (re)elaborated or (re)manipulated with respect to present-day narratives. And we may assume that “one of the functions of fiction, combined with history, is to retrospectively liberate certain possibilities of the historic past that did not happen […]. The almost-past of fiction thereby becomes the detector of the hidden possibilities of the actual past.” [4]. Thus, like Janus Bifrons, his painting embraces the firm, coalesced soil of the models of the past and the hazy state of the present, shrouded in the mists of the attempt, the verification, the fiction that releases every possible ulterior narrative lying unachieved.

Actually, the artist’s research is characterized by an innate plurality that we can grasp in the mental intentions and technical data (use of oil, tempera, watercolor on surfaces as canvas, velvet, wood and marble), as well as in the various iconographic modalities (figuration, geometrization, decoration, silhouette, etc.) and the symbolic use of figured elements, animals, and atmospheric phenomena. Recurrent subjects in the artist’s work are architecture, landscape, and the human figure (or the portrait), often used in a symbolic and interrogative form. The author mixes and recombines them, putting them in a close relationship in such a way that each of them is endowed with a counterpart in another section of the image. So Malinverni stages an ongoing dialogue between the constitutive parts of the work, that are bound by a stylistic, conceptual nexus or occasionally a hidden meaning, just as what we observe, as of the 16th century, in works that arose in particular philosophic-literary circles. So his works should be interpreted within a relation of reciprocity and crossed references. In Oasi (“Oasis”) for instance, the portico of a neatly arranged proto-Renaissance palace, with its perfectly orthogonal walls, announces the regular geometry of the landscape it is set in, but is similarly influenced by it in the warm colors and atmosphere. Likewise in Mcleod a bare-chested 19th century pugilist’s body, in a defiant pose, induces a landscape with a storm-threatening sky, its flashes in turn echoed chromatically in the man’s socks.
The same thing occurs in the portraits as well, where the subject’s face and pose set up a visual or psychological relationship with the landscape. This is the case, for instance, of PP or of Il carcerato (“The prisoner”), respectively Paolo Pretolani and Francesco Cima, two a few years older fellow students and artists. In the first picture Malinverni uses the pose in profile of the Double portrait of the Dukes of Urbino by Piero della Francesca and, on the right and the left of the profile, like in Piero’s masterpiece, he paints two segments of the landscape that have a connection with the person portrayed, in this case two views of Umbrian cities that are Pretolani’s places of birth and love. Instead, in the second case, Cima’s face is partially cut horizontally out of the image: in a rigid central perspective the frowning face is gloomily reflected in the metal profiles enclosing it, beneath a vault that pierces the sky on a sunny day.
The landscape, just like the architecture, is the outcome of a psychological or relational projection of something that is present somewhere else in the image. Actually, Malinverni’s pictorial compositions tend to treat each figurative element as something that is conceptually beyond its own (apparent) range to radiate further and thereby negotiate its own role, its own intimate function. That is, the work’s content becomes manifest through a network of references, a projecting superabundance of meaning that it is up to the viewer to grasp and interpret. So the viewer is called upon to pay less attention to the individual parts and how they occupy the surface, than to the constant correspondences occurring between them. And this continuous play of shifting – albeit within the composure of a strict classical, at times metaphysical, composition – challenges the viewer, who is at the mercy of something unforeseen. Barring the presences of phantasmal figures that emerge from time to time (even in the shape of clouds, fluttering curtains, rays or waves), the artist’s works are characterized by an uneasy stillness that presages however something obscure or abrupt about to appear, like a sudden bolt of lightning in the calm that precedes a storm whose clouds have yet to gather.

In Malinverni’s works the dramatic dimension goes with the ironic one, that are inevitably, although with different accents, the sides of the same coin. Someone who enjoys peering into the most unquiet and inextricable corners of the human soul, often desires to show with irony the wildest, burlesque, or trivial ones. This for instance is what happens in Cagaschei (“Shitting Coins”), a giant or perhaps a deity crouching on the top of a mountain, is defecating huge gold coins, those the mediaeval Christian tradition would have called “stercus diaboli”. Malinverni shows the expulsive act and makes the viewer a voyeur attentive to observe a repellent act, but to which each of us, in different ways and forms, is attracted: yet in the artist’s canvas there is neither judgement nor moralizing lesson, but the play of showing the limit between repulsion and desire, between what we want to see and what we would prefer to ignore.
In art history there is no lack of episodes of persons defecating but, as for instance in famous examples by Bosch or Brueghel the Elder, they are placed marginally or merged in the midst of articulated compositions with many figures onstage. Instead in that work, as well in the panel Pioggia tonificante (“Tonic Rain”; the work represents red marble buttocks onto which clouds are unloading a heavy downpour, probable allusion to the myth of Danae, or more subtly the erotic practice of golden shower) the artist ironically shows, albeit partly concealing it, what is considered obscene, indecorous, not worth being looked at. In Malinverni’s work there is frequently a further level of truth, [5] behind what we see. He is shrewd and an authentic cochon, but only for those who have an eye and the irony to grasp it. He is, as Horace would have said, a true artist “of Epicurus’ herd”. [6]

[1] R. Bodei, Paradossi del tempo e della memoria, keynote speech at University of Trento, published in UniTN n. 111, Trento 2009.
[2] Janus is a Latin deity who has no equivalent in the religious cult of the ancient Greeks or the other populations of the Mediterranean basin.
[3] R. Guénon, ‘The Solstitial Symbolism of Janus’, in Symbols of Sacred Science, Hillsdale: Sophia Perennis, 2004, p. 235.
[4] P. Ricoeur, Time and Narrative, Vol. 3 (Narrated Time), Chicago: University of Chicago Press, 1988, p. 227.
[5] How can we fail to think of Venus and Cupid by Lorenzo Lotto (now held at the Metropolitan Museum), with the latter who, in an allusion to fertility, urinates straight into the wreathe Venus is holding?
[6] In a famous letter to his friend Albius Tibullus, Horace describes himself as devoted to the pleasures of life, like “a true hog of Epicure’s herd” (Epistulae, Book 1, 4).