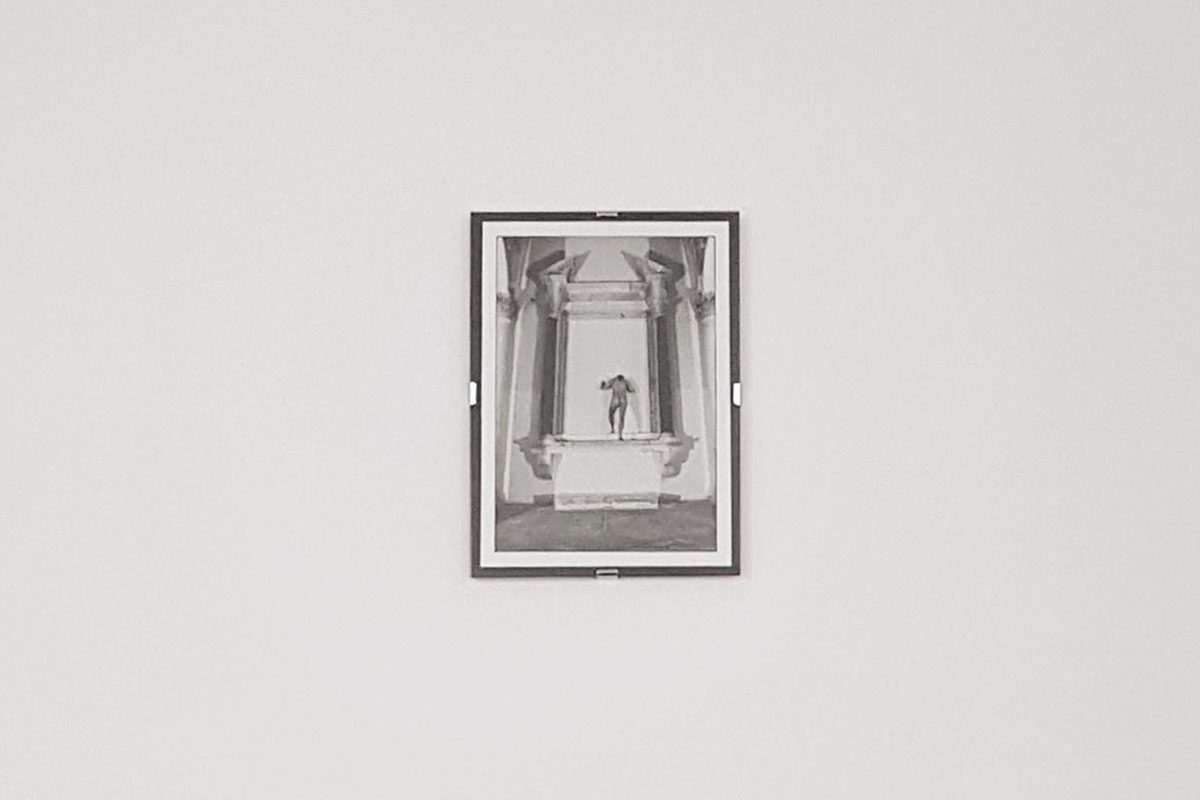 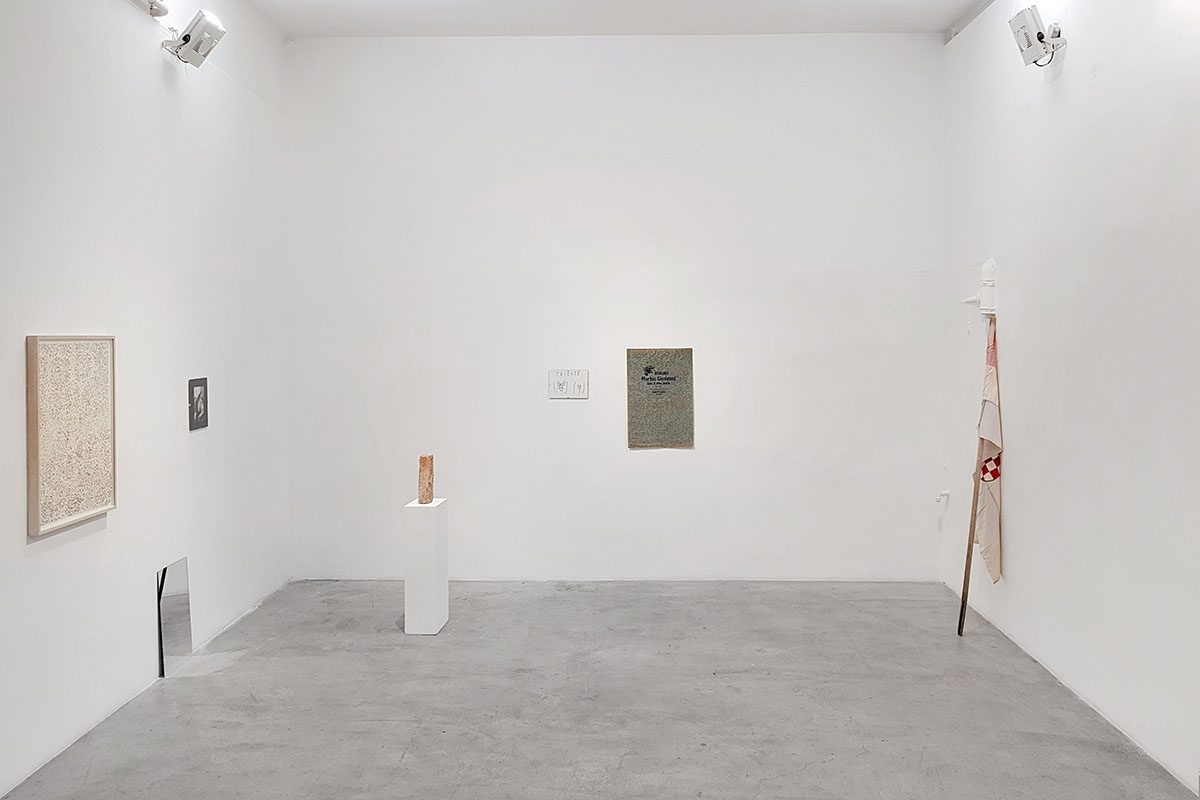 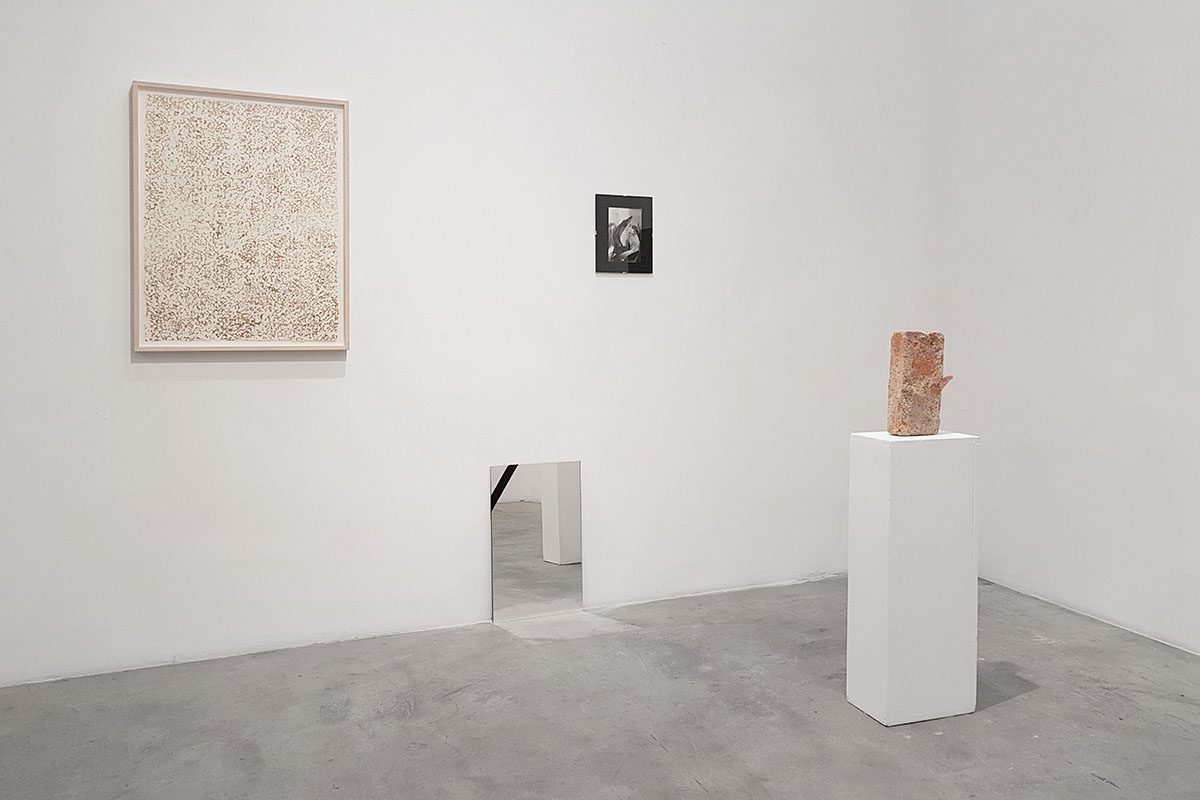 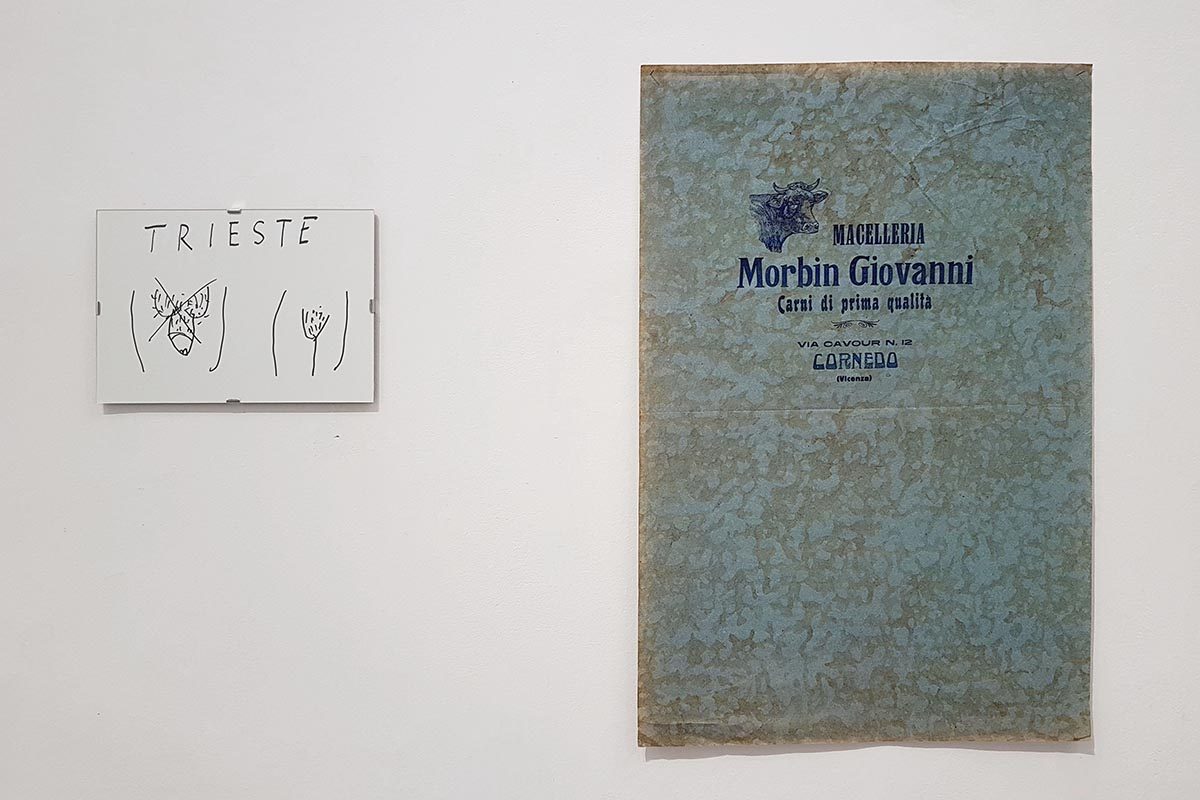 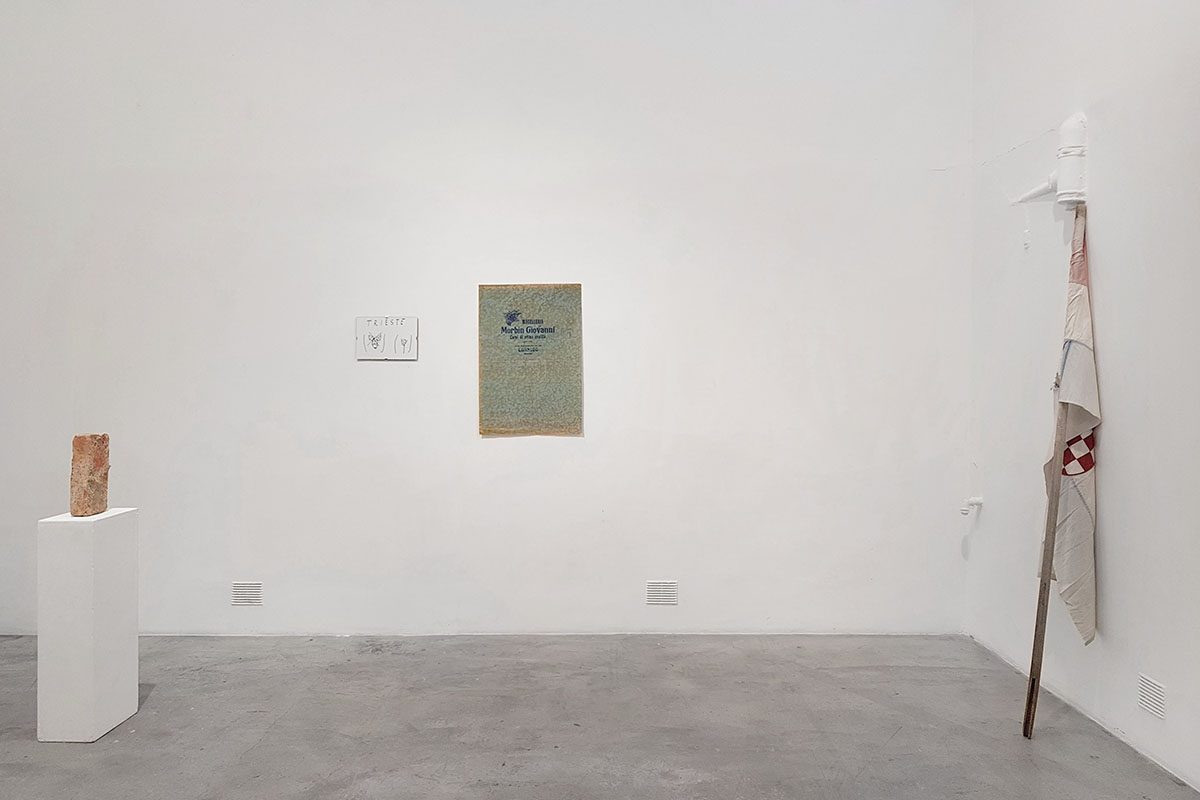 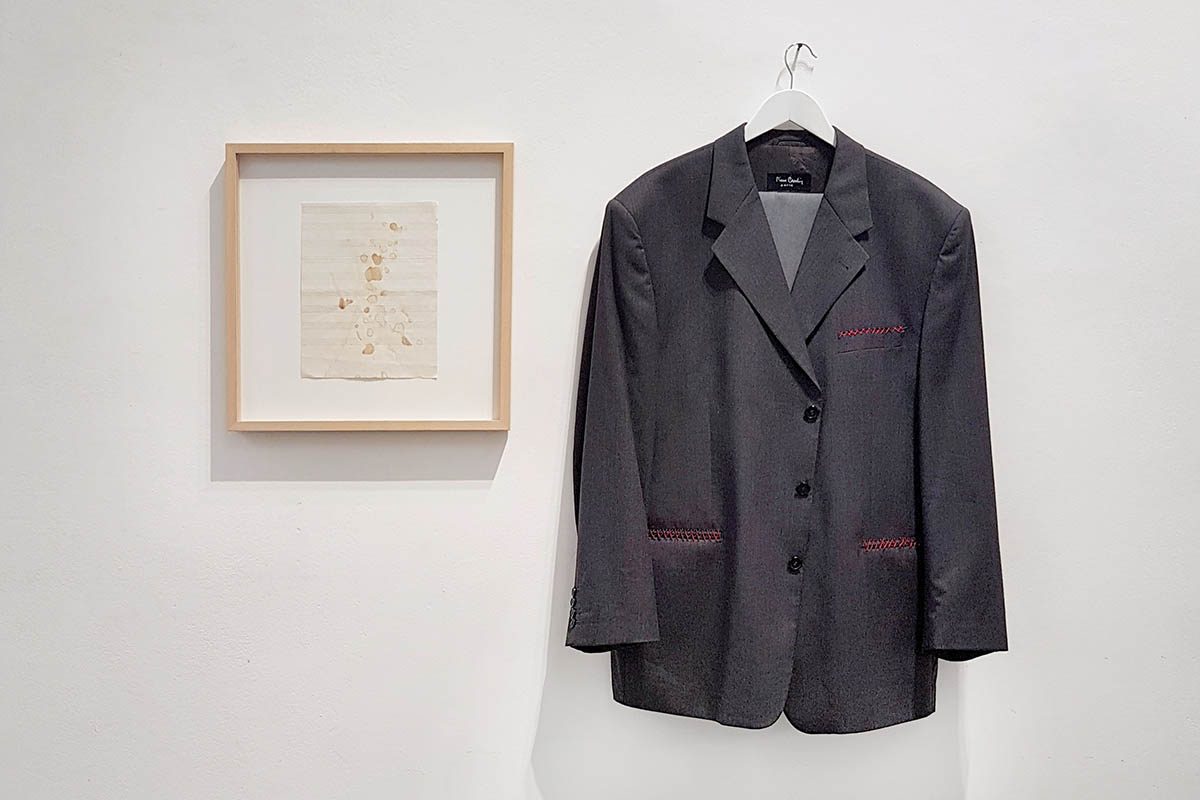 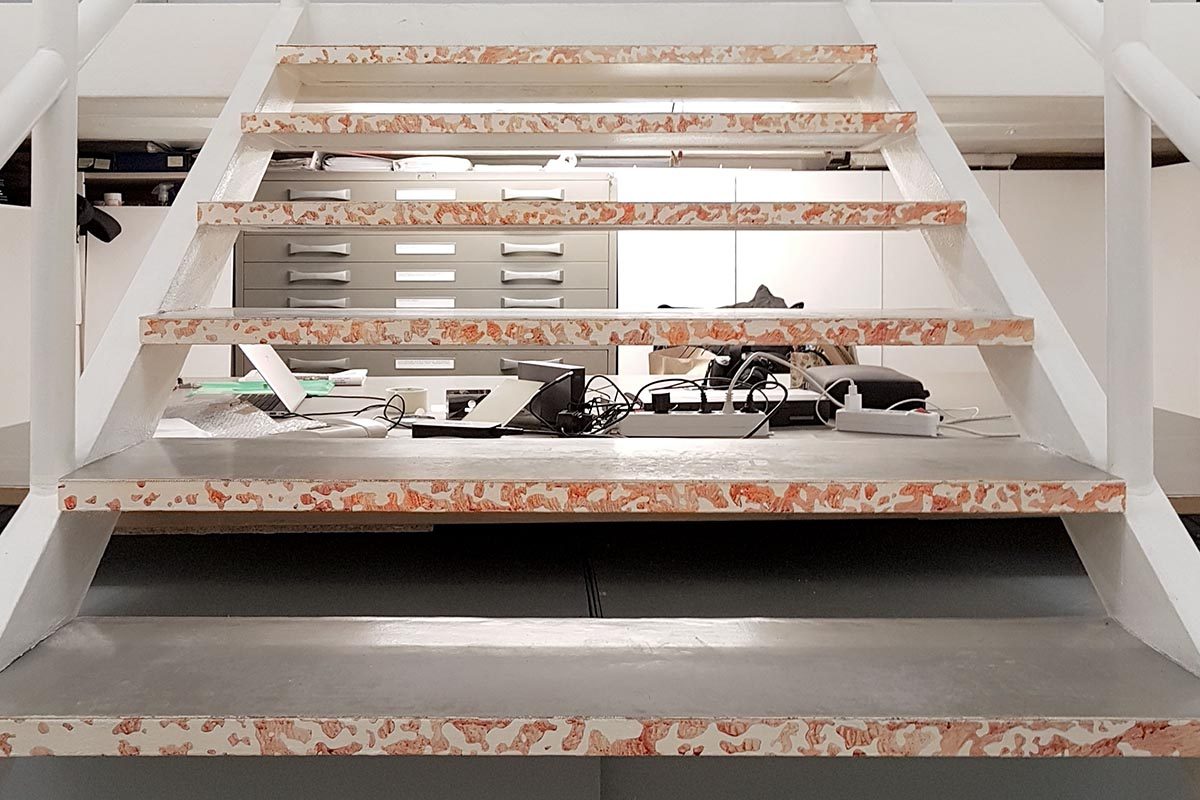 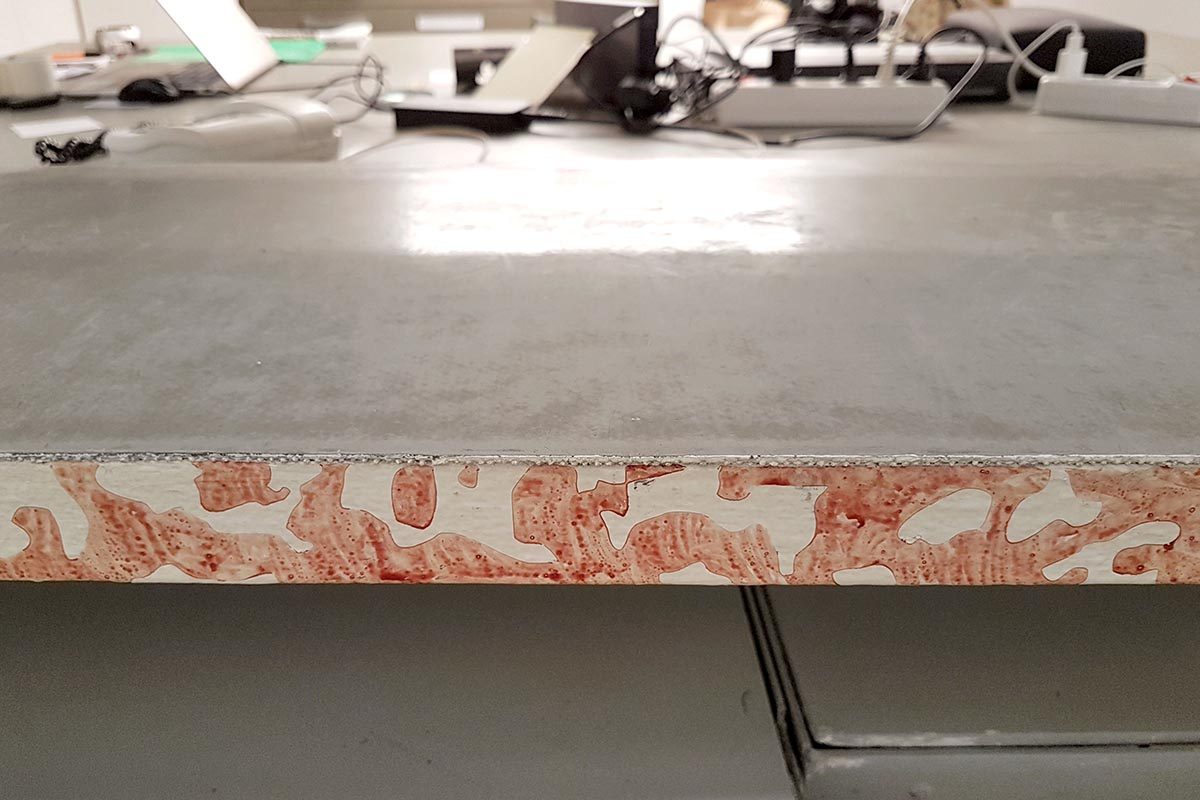 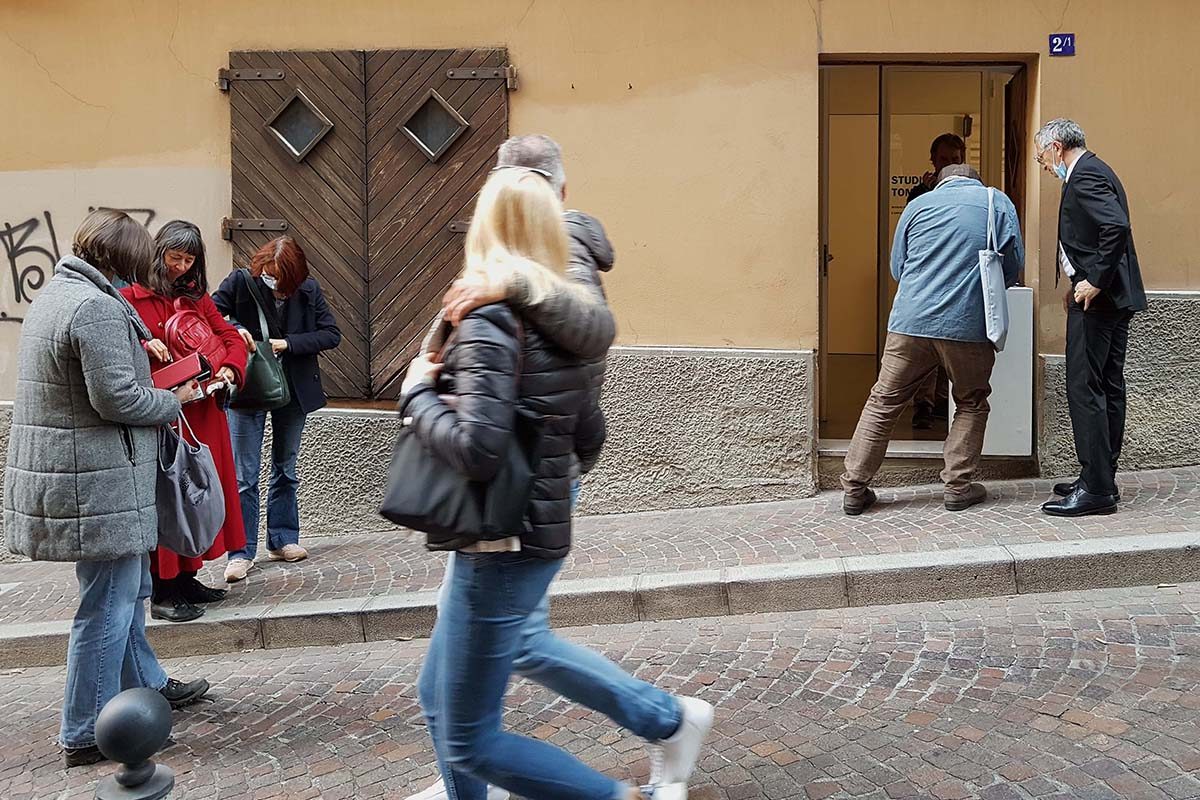 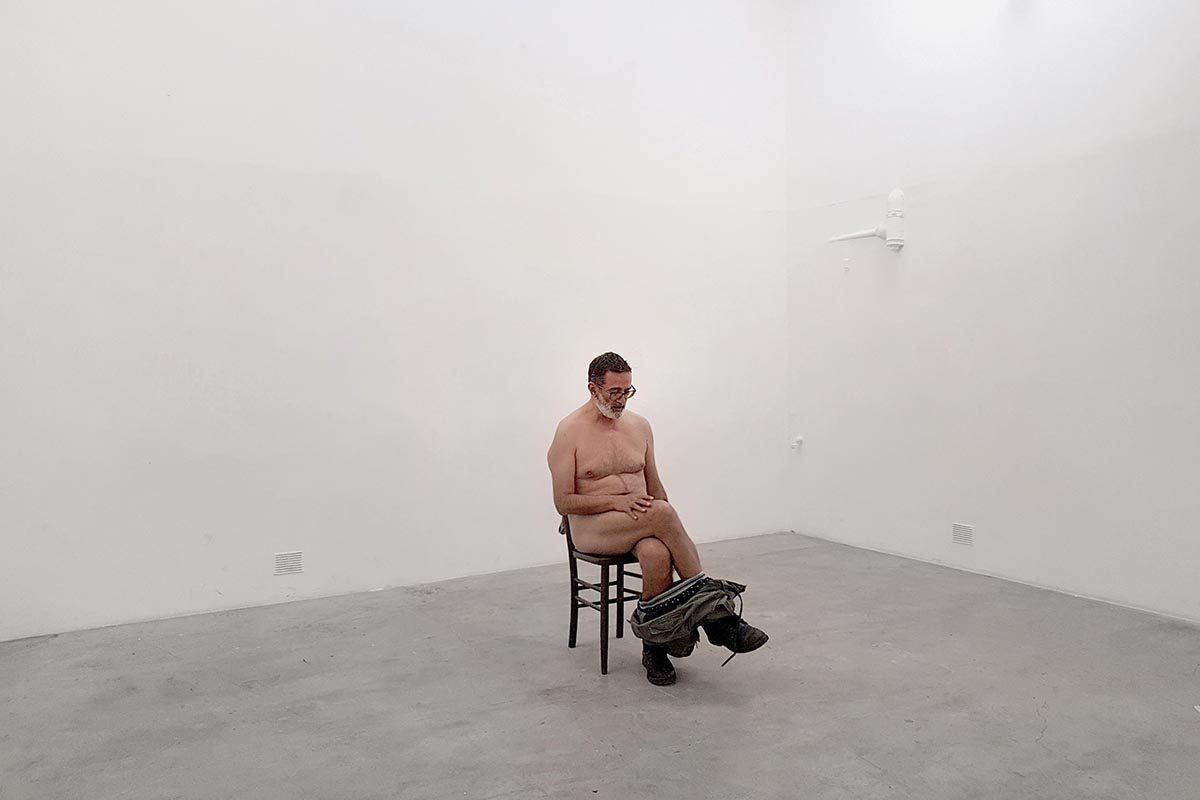 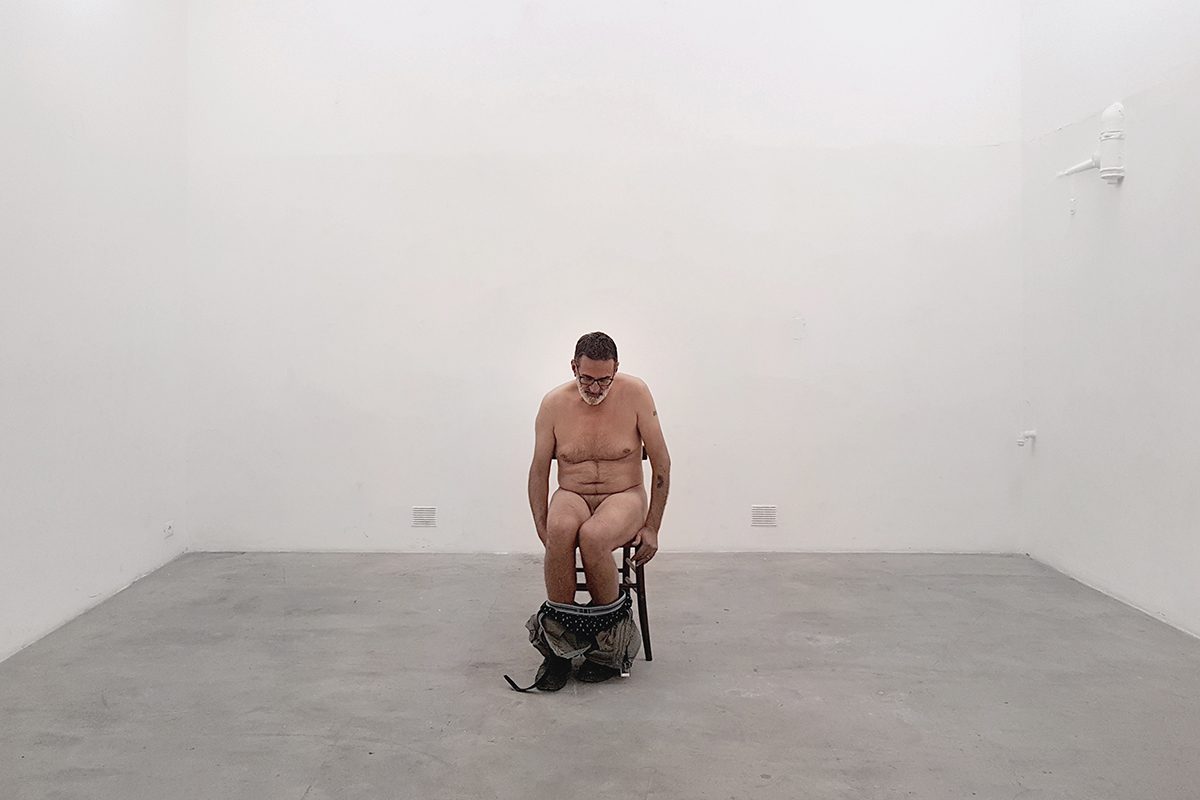 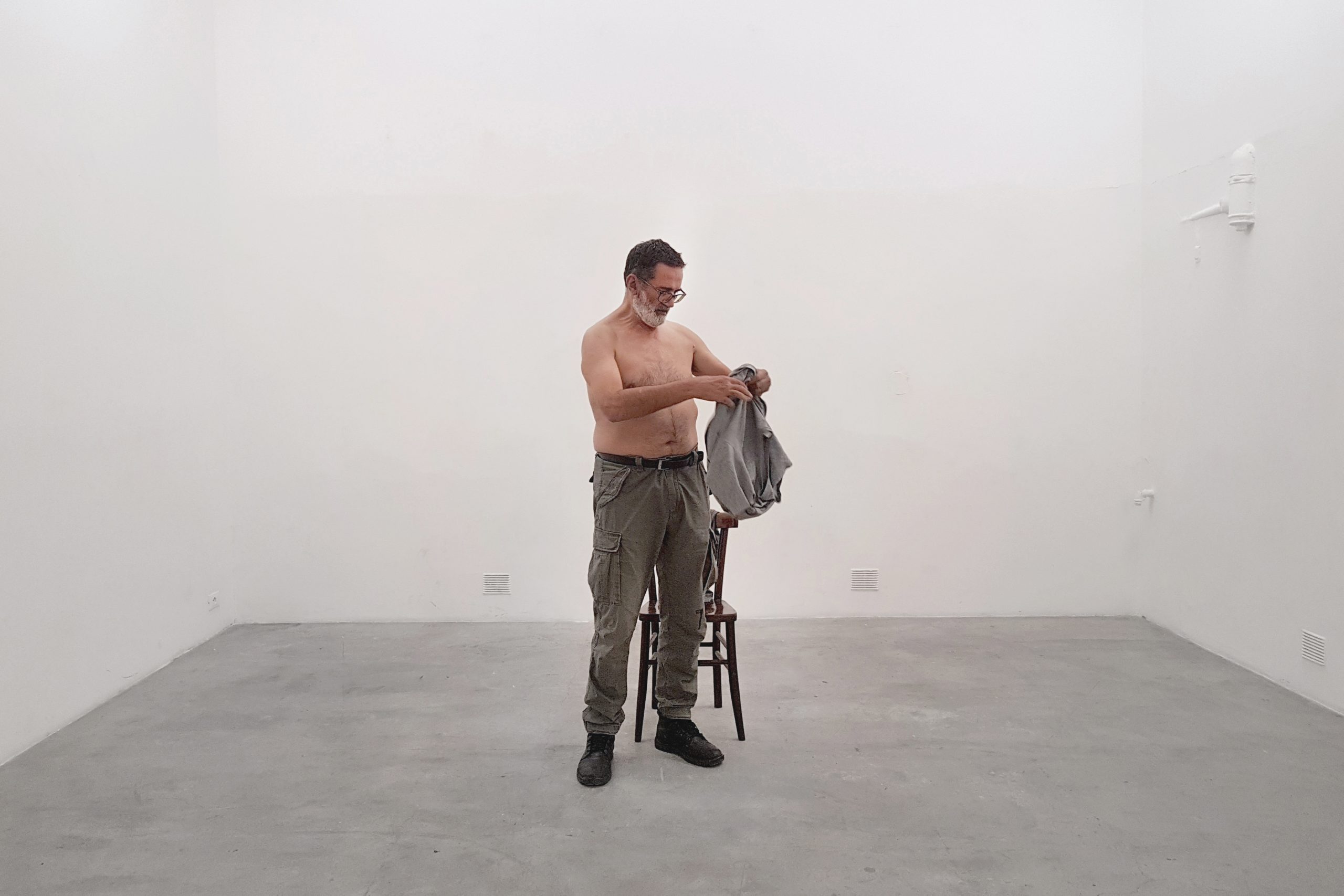 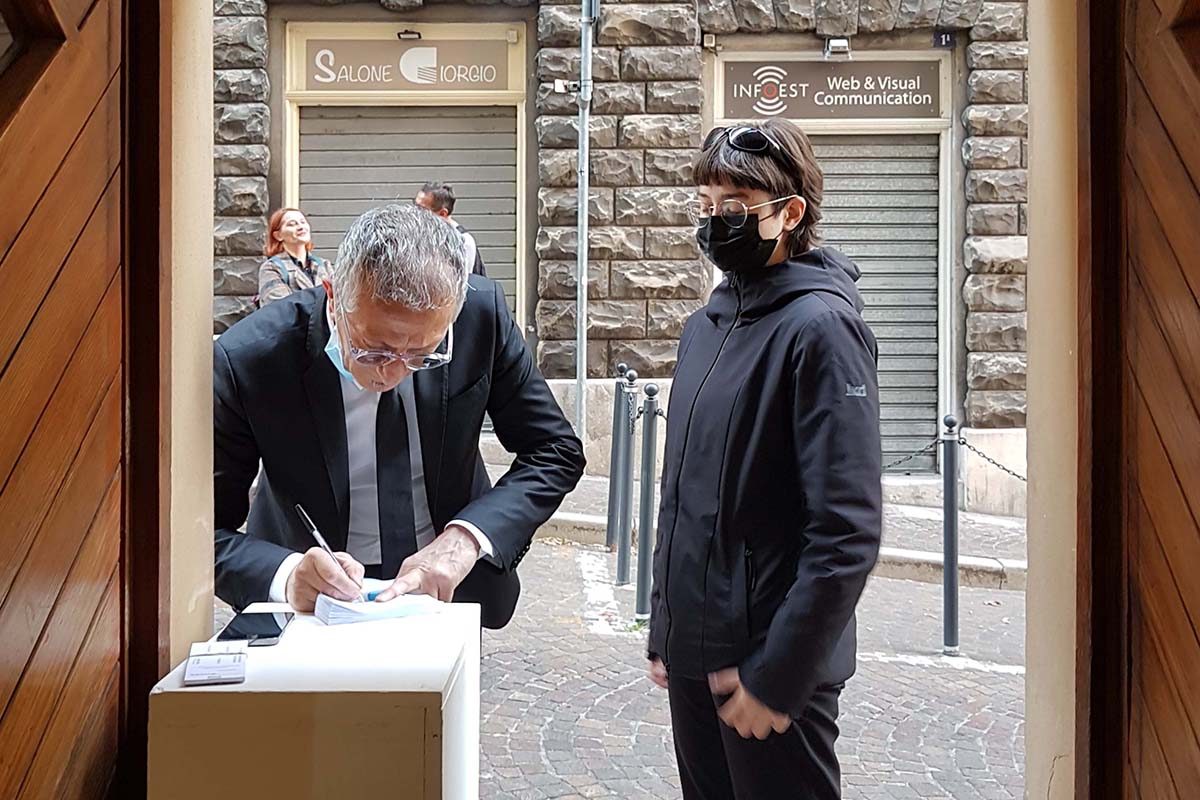 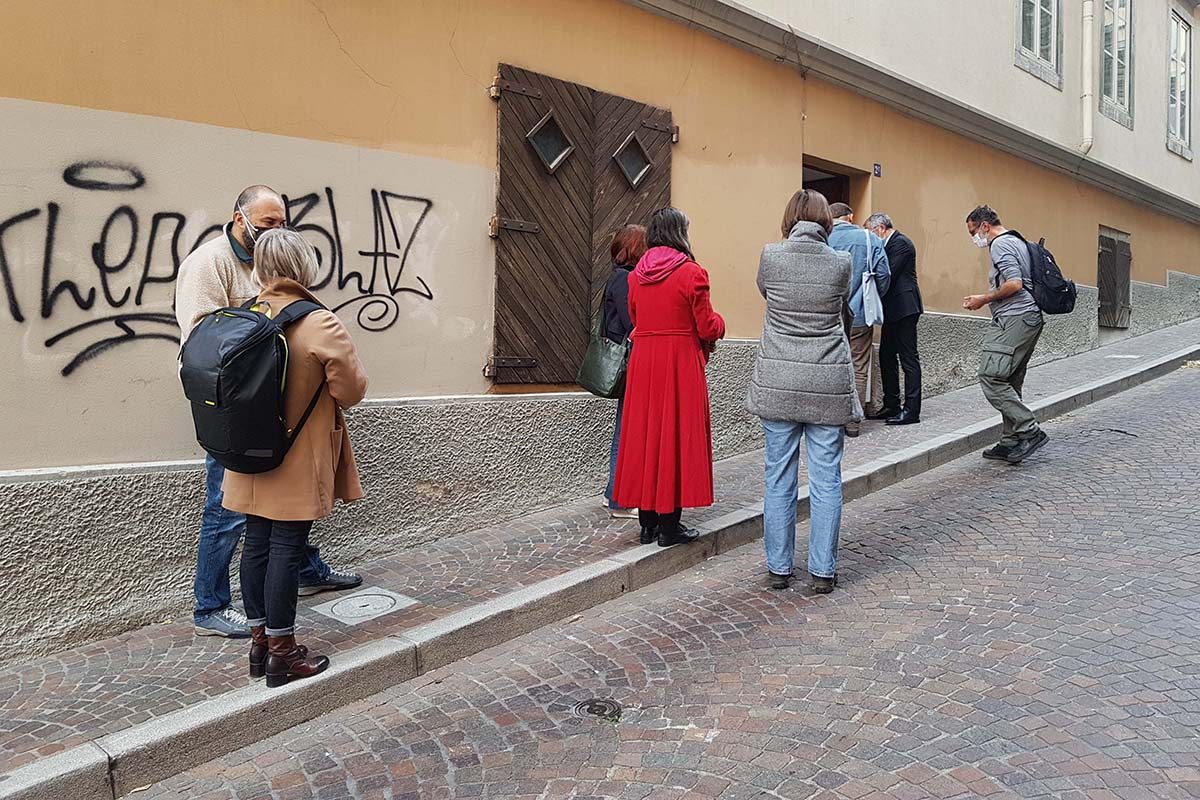 
Intermezzo consists of ten works ranging from sculpture to video, from site-specific intervention to performance. The show analyses how a work can be understood as an interstitial element of relationship between the body of the artist and the context in which it manifests itself. In theatrical language, the intermezzo is a pause that marks the division between several parts of a representation or a performance, and is considered as an element of interruption of the narrative flow: it is a transitory parenthesis that foresees the suspension of the fiction, and temporarily marks the return to everyday reality. It is a brief space of hybridization in which the viewer feels the overlap between the fictional writing of the work and that of one’s own life (made by reality, one’s own system of relations, ideology, context). Intermezzo emphasizes how the work, especially in the case of artists dealing with Body Art and Performance Art such as Morbin and Tolj, is an uncertain and open habitus. It is a space of mediation and frontier, but also of estrangement, since the viewer is not always aware of the conventions of that context or of what is going to happen. As an intermediate element between the artist’s expression and the environment in which the viewer moves, the work becomes a sort of second skin, also endowed with expressive functions. It covers and keeps warm the most intimate and complex aspects of the individual, but, at the same time, conveys to the outside the perceptions and physical and psychic energy.

Giovanni Morbin’s research is characterized by the analysis of behaviour and posture, the volume, the presence of the body and its projections towards the outside through performance and sculpture. In the works of the series Non sto più nella pelle (“I’m not in my skin any more”), the artist moves significant portions of his body onto the external surface, creating conceptual self-portraits through the use of his own blood: in this way his body takes on a liquid form and becomes an intimate element of writing and drawing, but also of translation of its own volume towards outside of his body. Scultura sociale (“social sculpture”) is a work in constant evolution, made up of modular, semi-spherical elements in metal, that can be freely combined with existing objects, such as chairs, tables, doors, wardrobes, or any other object. It is a “social” sculpture precisely because of its ability to enter into a context and interact with it in a functional and visual form, being able, even ironically, to spontaneously latch onto the existing.

Slaven Tolj’s practice is the result of a deep inner digging, in which elements of the author’s personal life are frequently merged with a lucid analysis of the socio-political context, and condensed into the form of performance and sculpture. The site of the stroke is an existentialist ready-made consisting of a tailor-made men’s suit that has been rendered essentially unusable, as many of its openings were sewn with a red thread: it is an empty space, a volume that is endowed with shape but cannot have a function, since a (visible) constraint blocks it, and reduces it to being a complement, an impotent accessory, as often happens to human beings in the most important issues of their lives. A tattoo of the logo of Rijeka’s Museum of Modern and Contemporary Art was created in the weeks following his appointment as director of the MMSU, when Tolj decided to have the museum logo tattooed on his shoulders. It is an intimate and at the same time subtly political work about the condition of being an artist and the art system. On the one hand, the artist testifies to his total personal commitment to his new institutional role. But on the other, also highlights to the fact that museums are often a brand and a yardstick for judge the importance of an artist during her/his career.