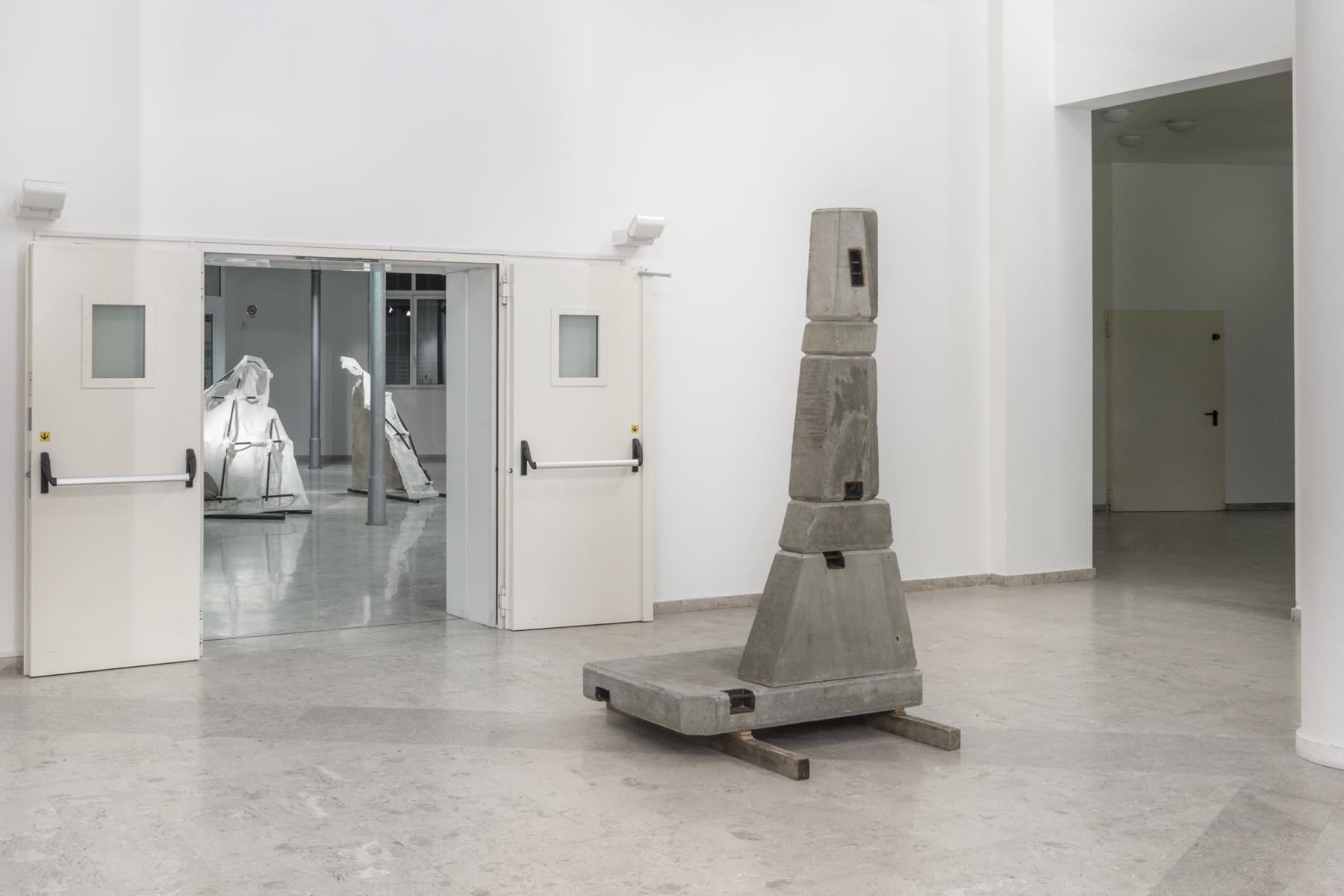 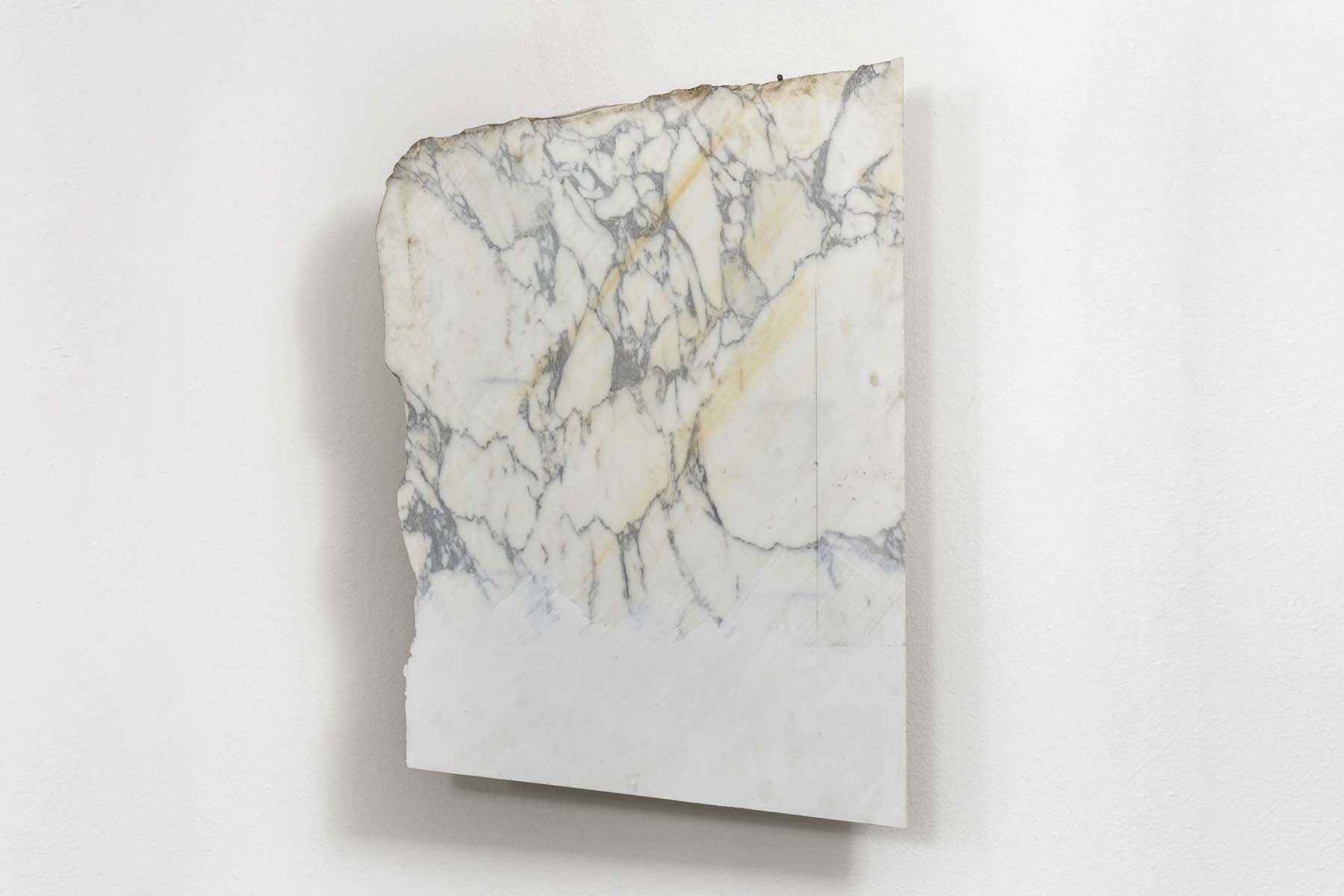 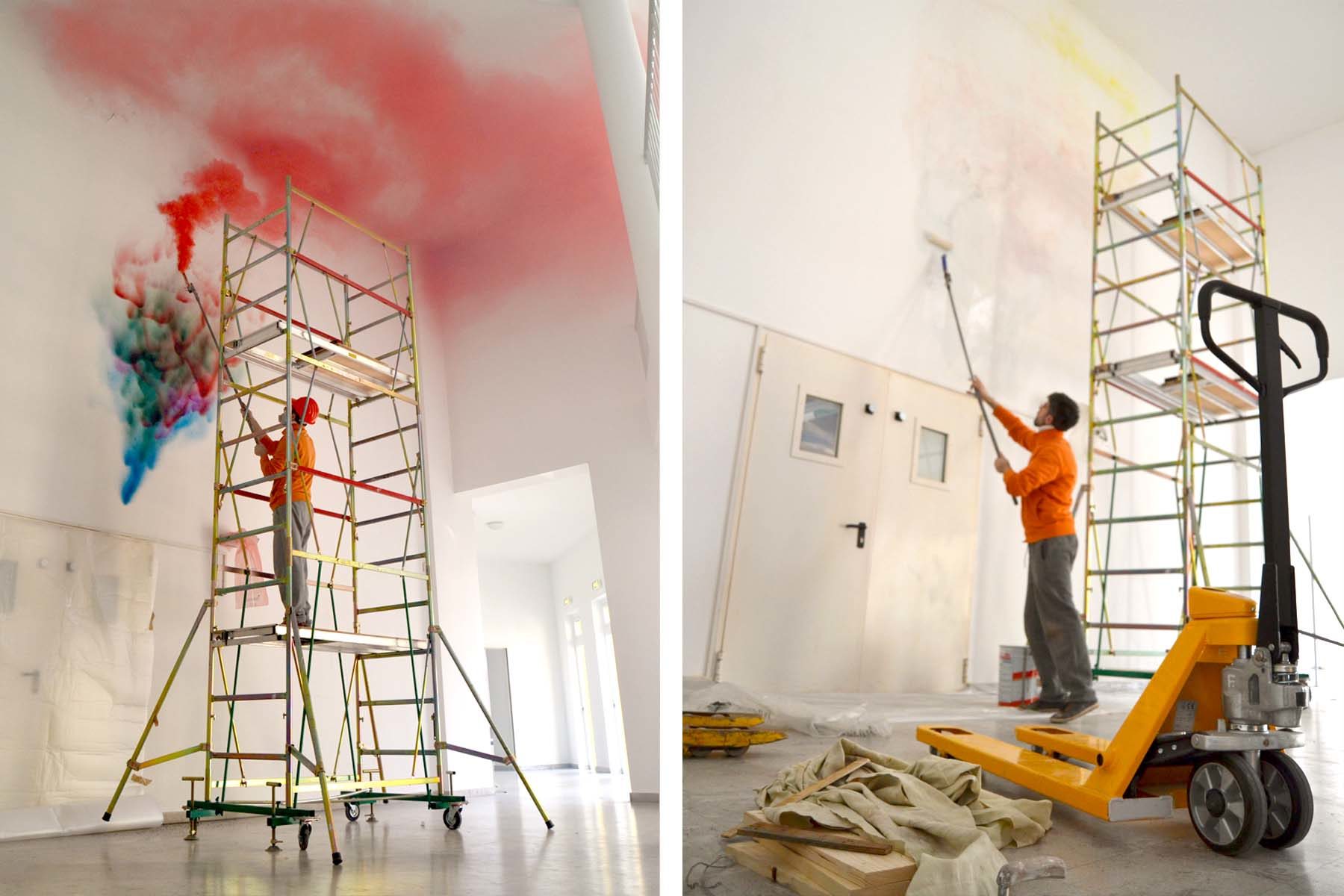 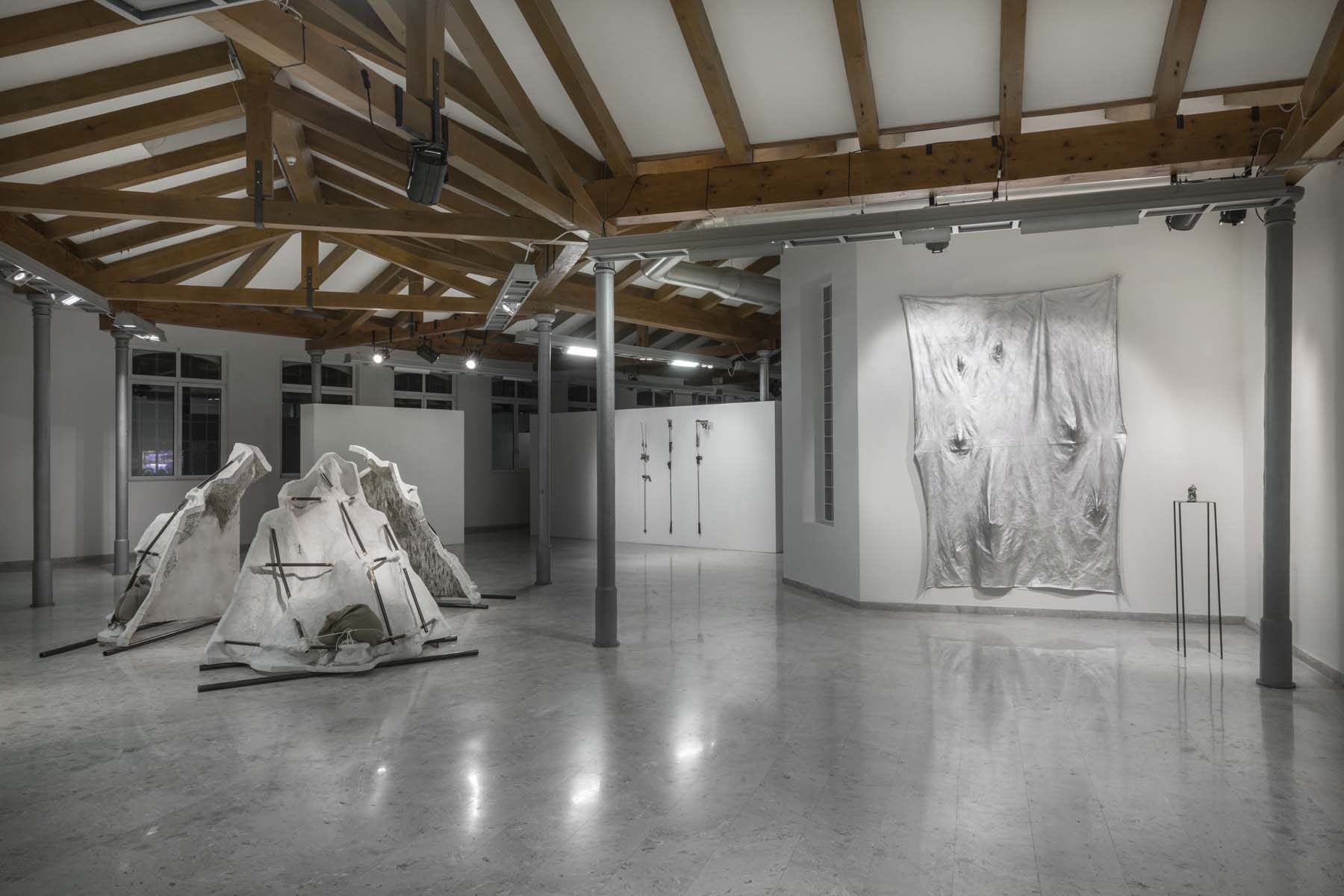 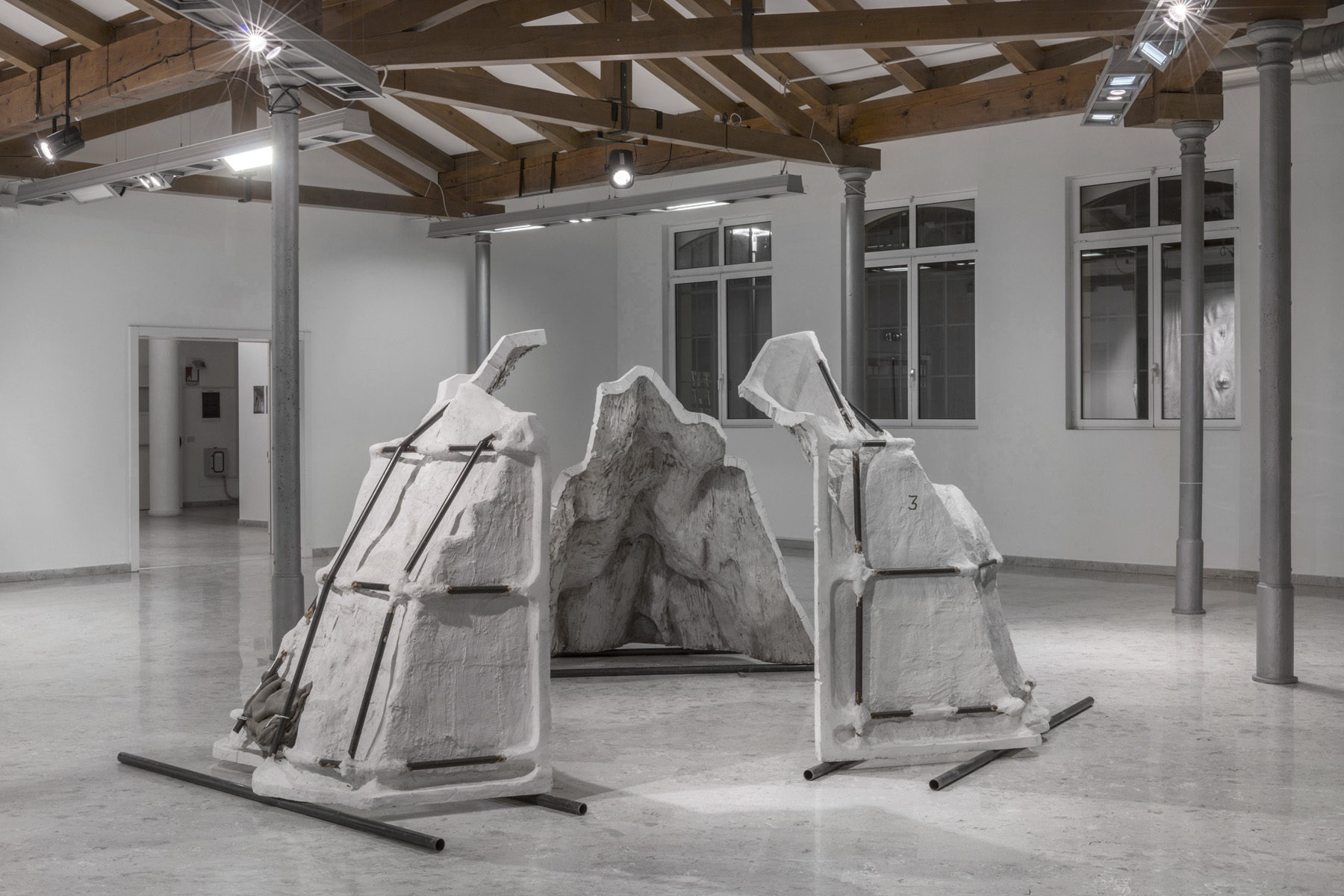 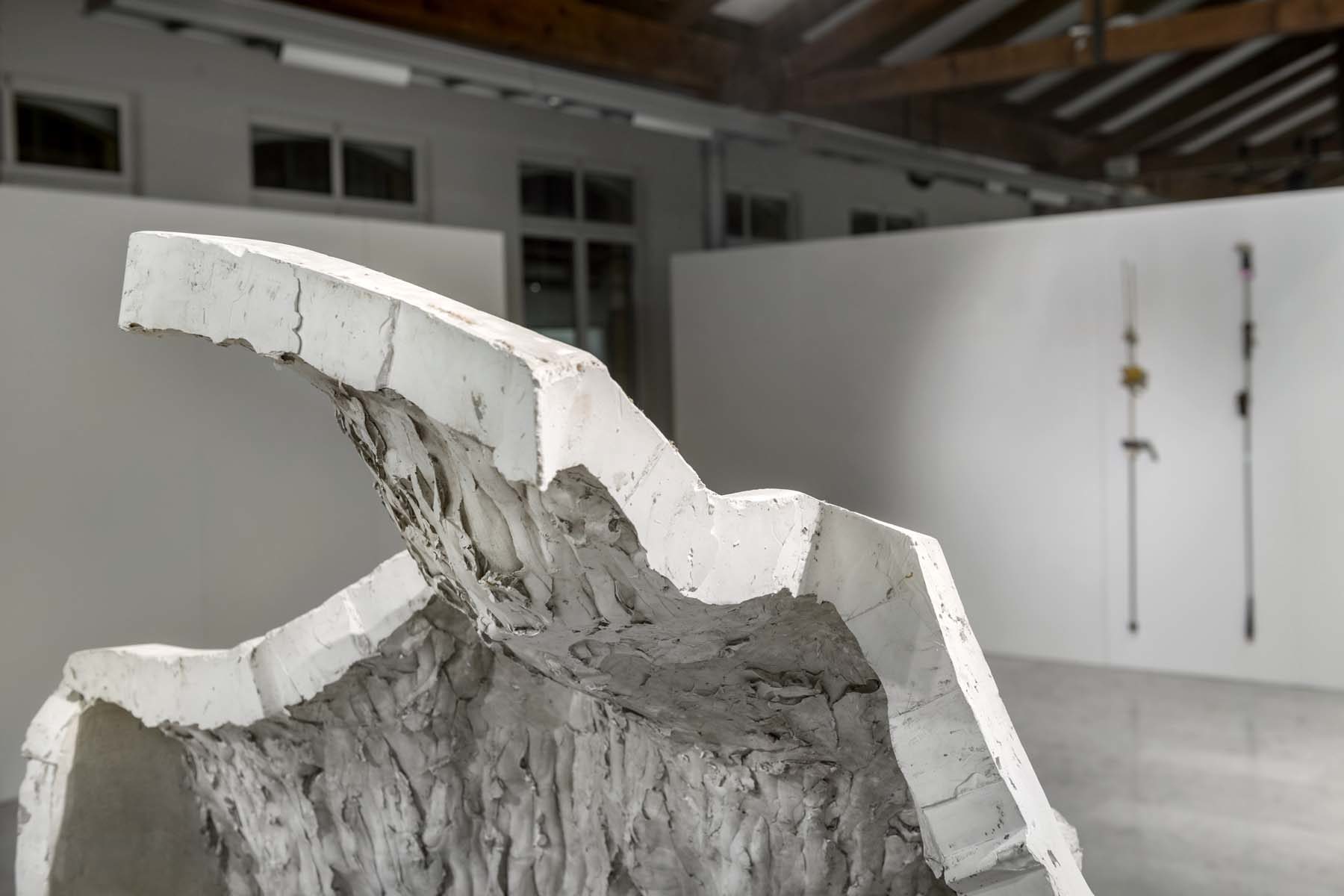 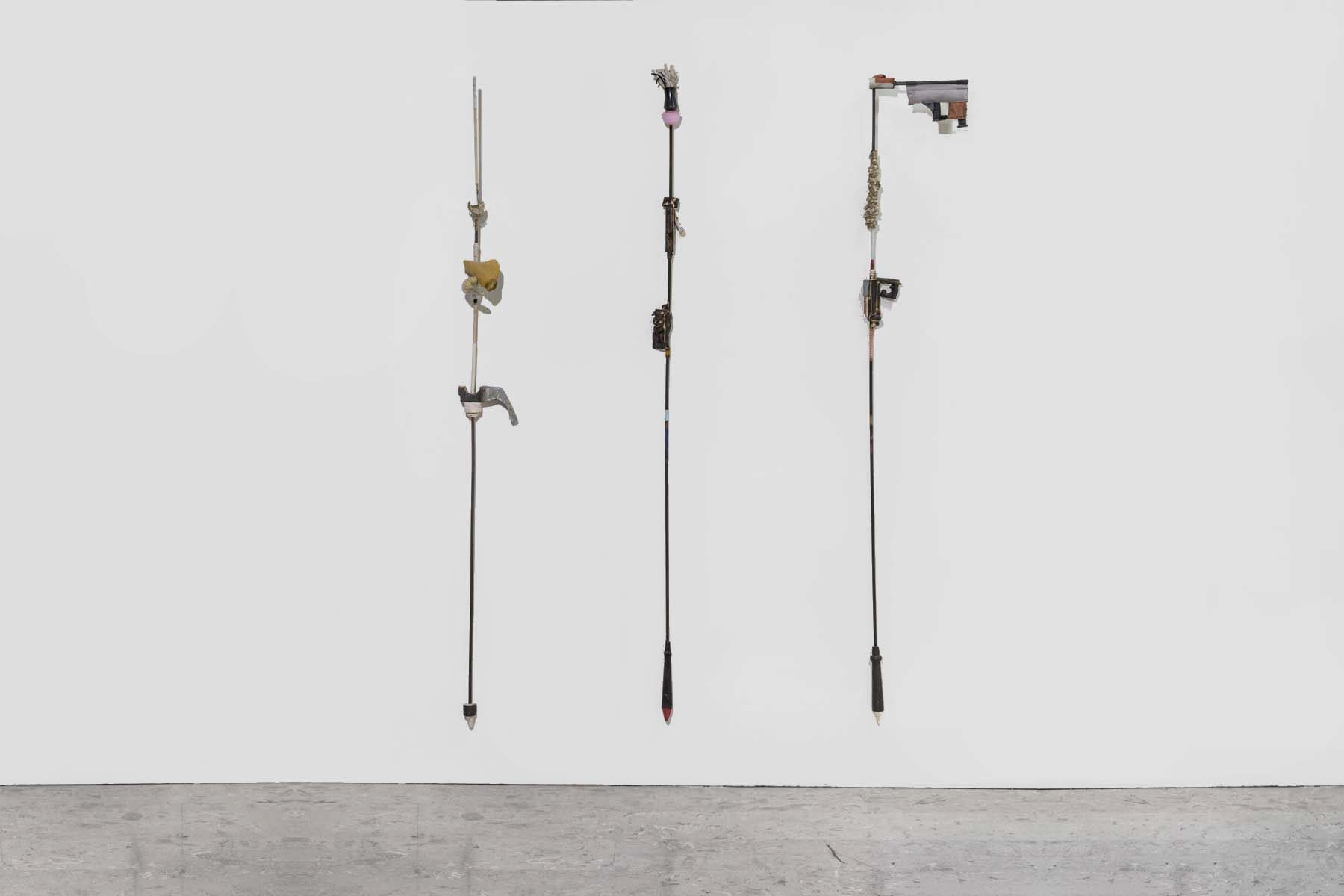 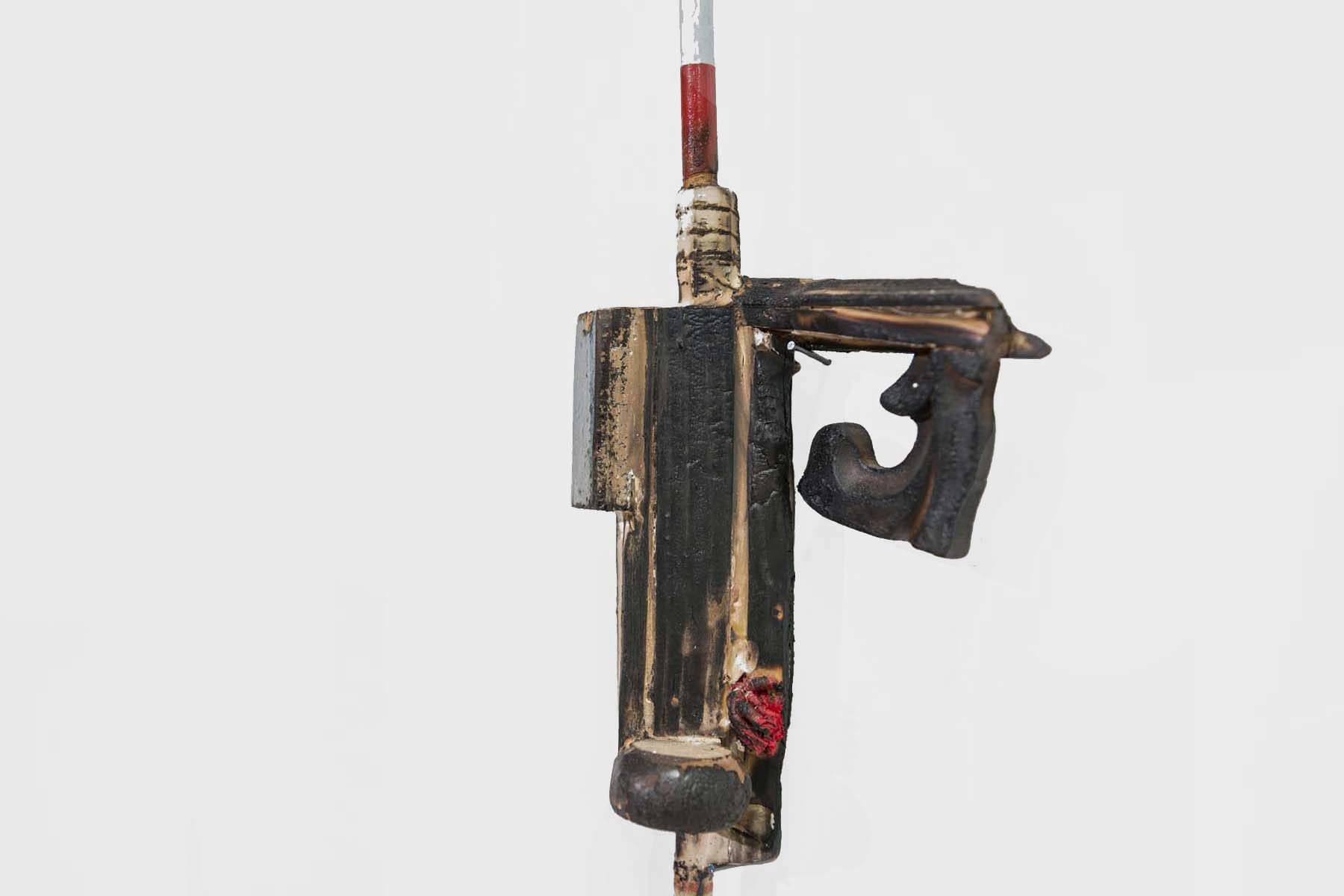 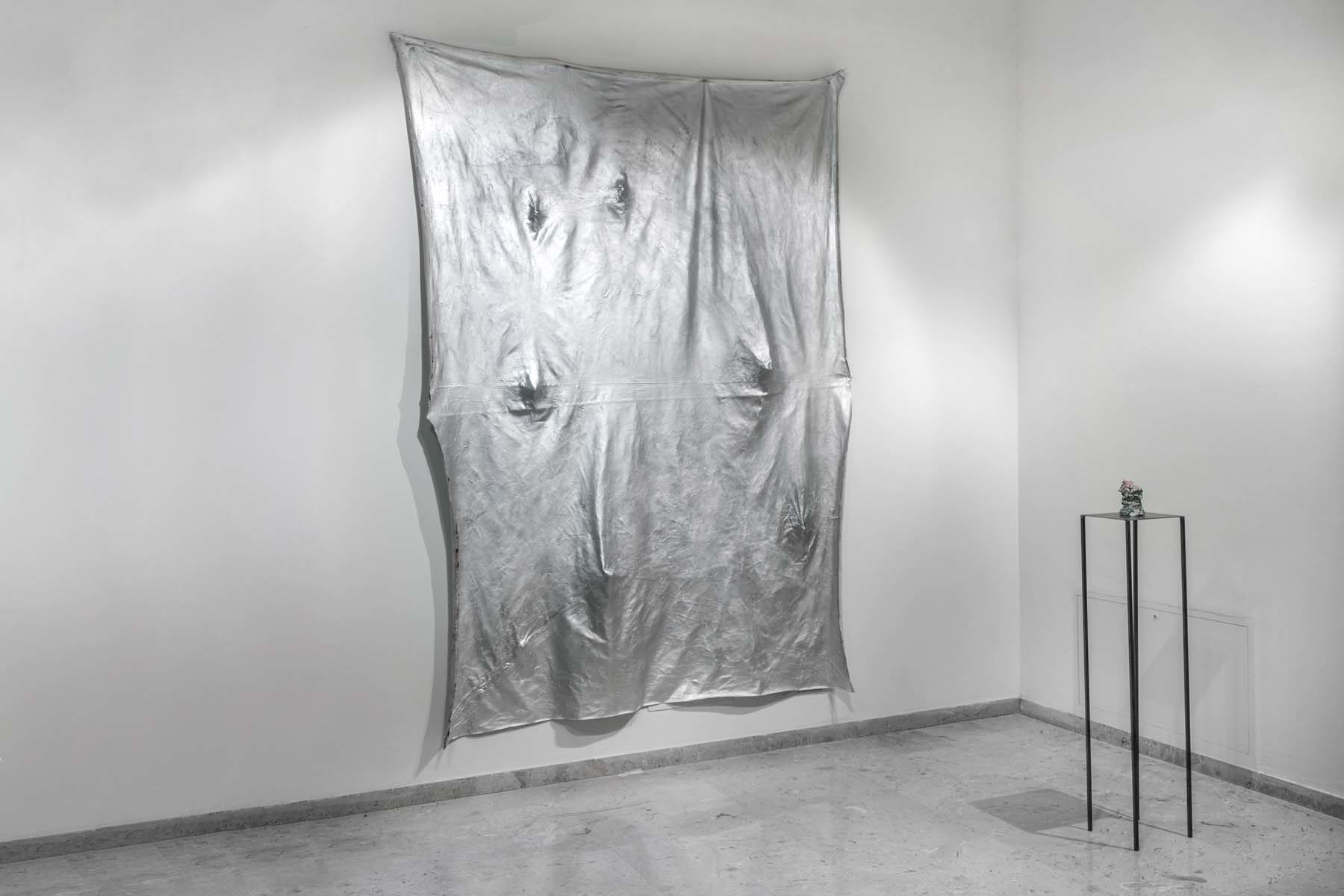 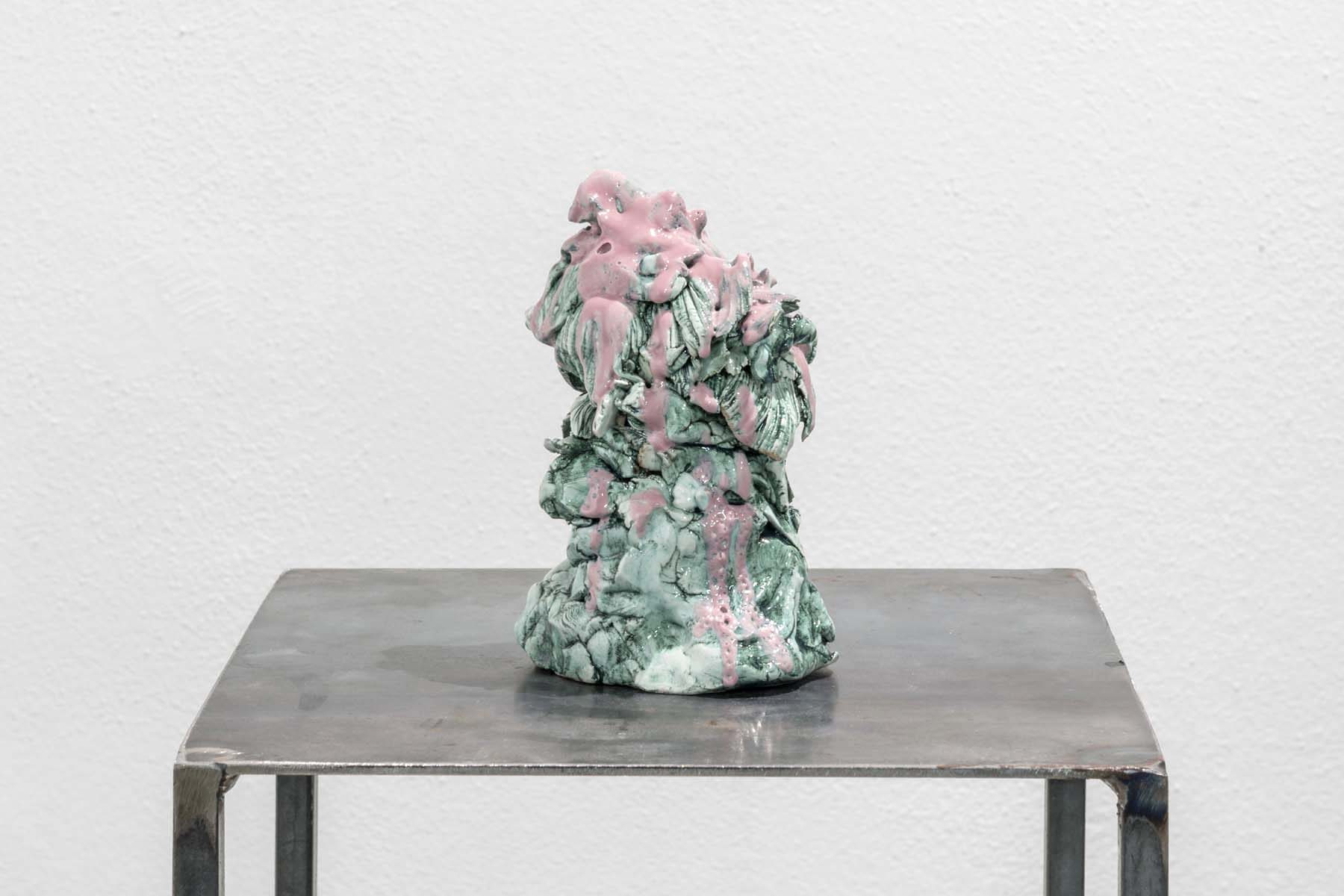 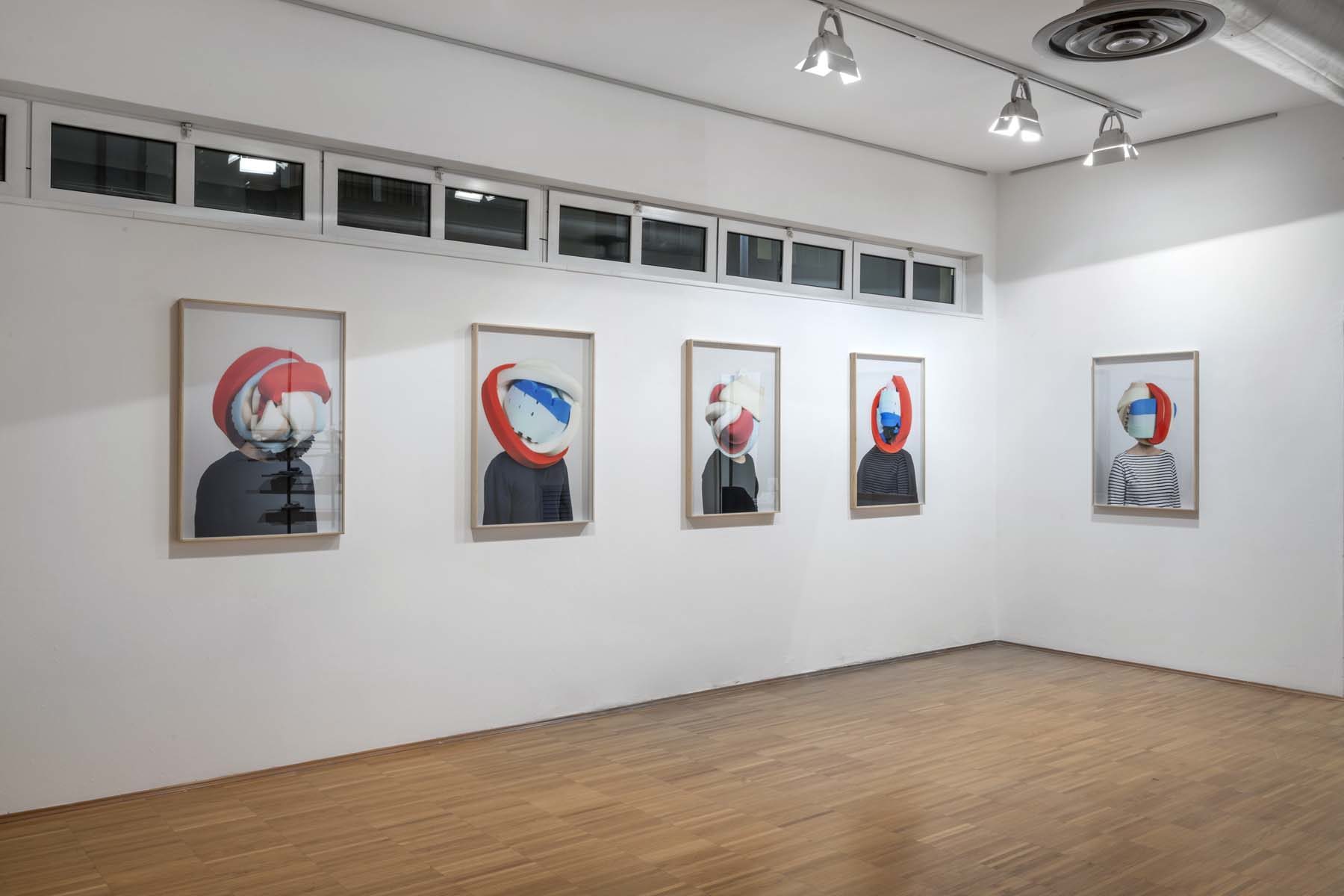 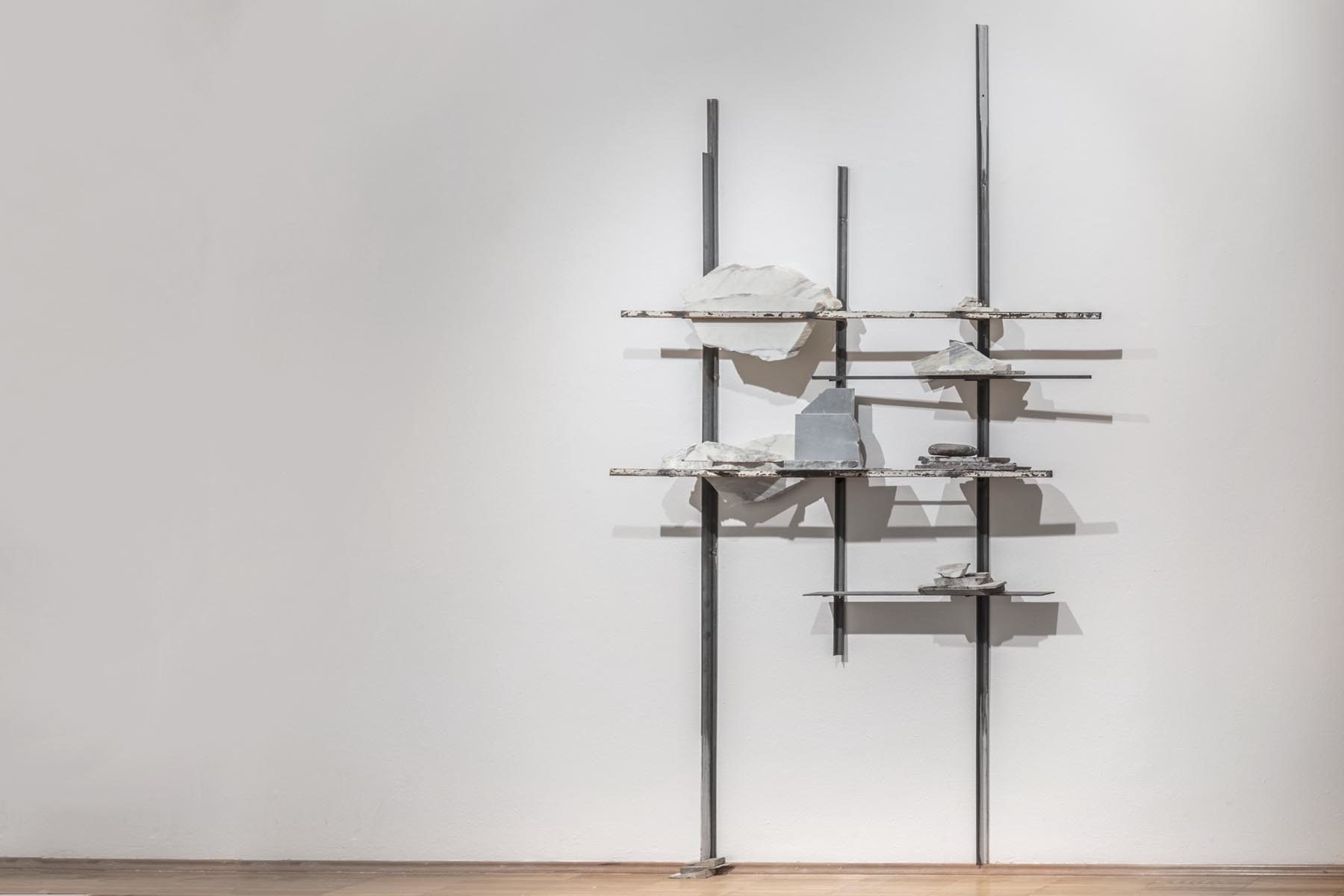 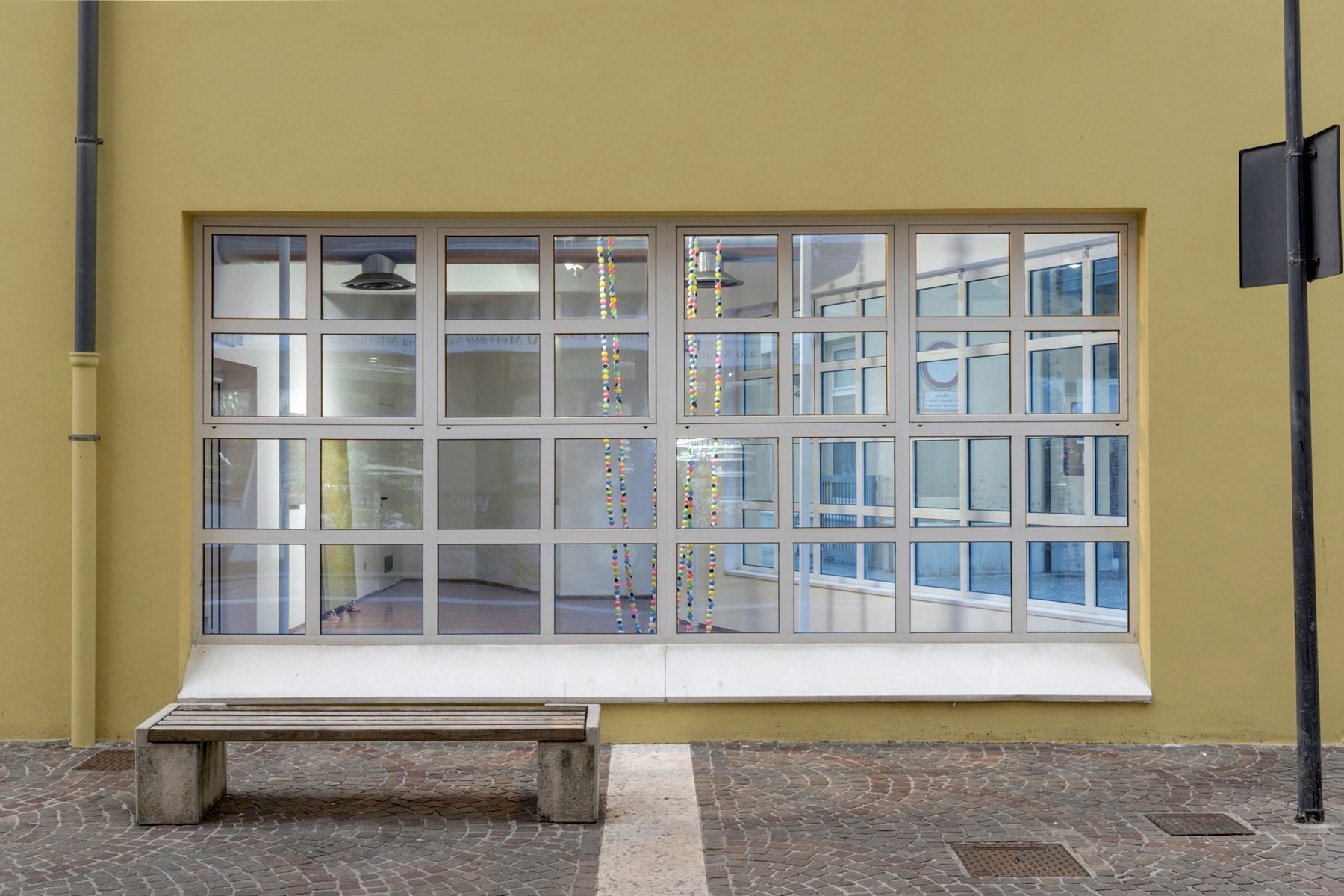 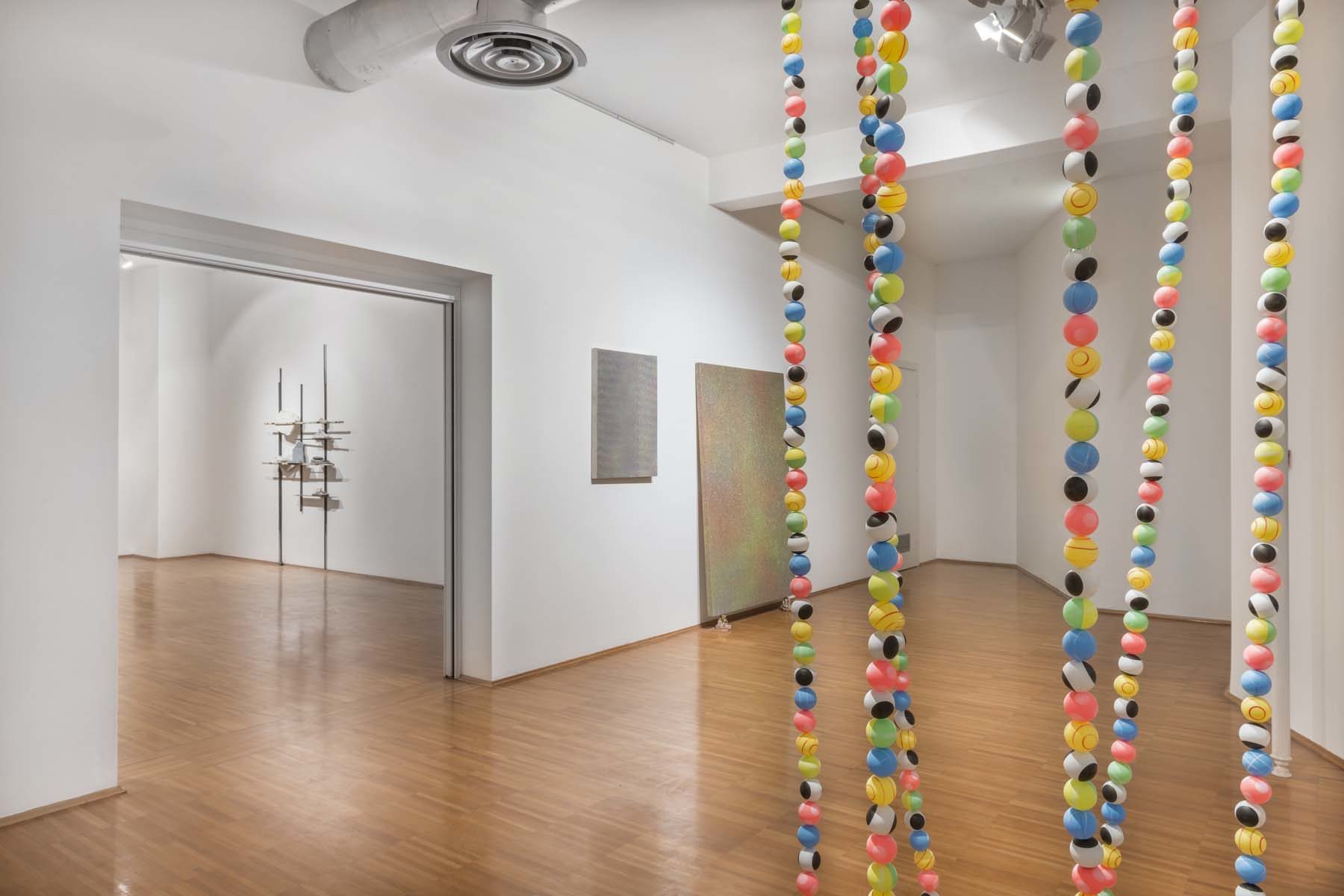 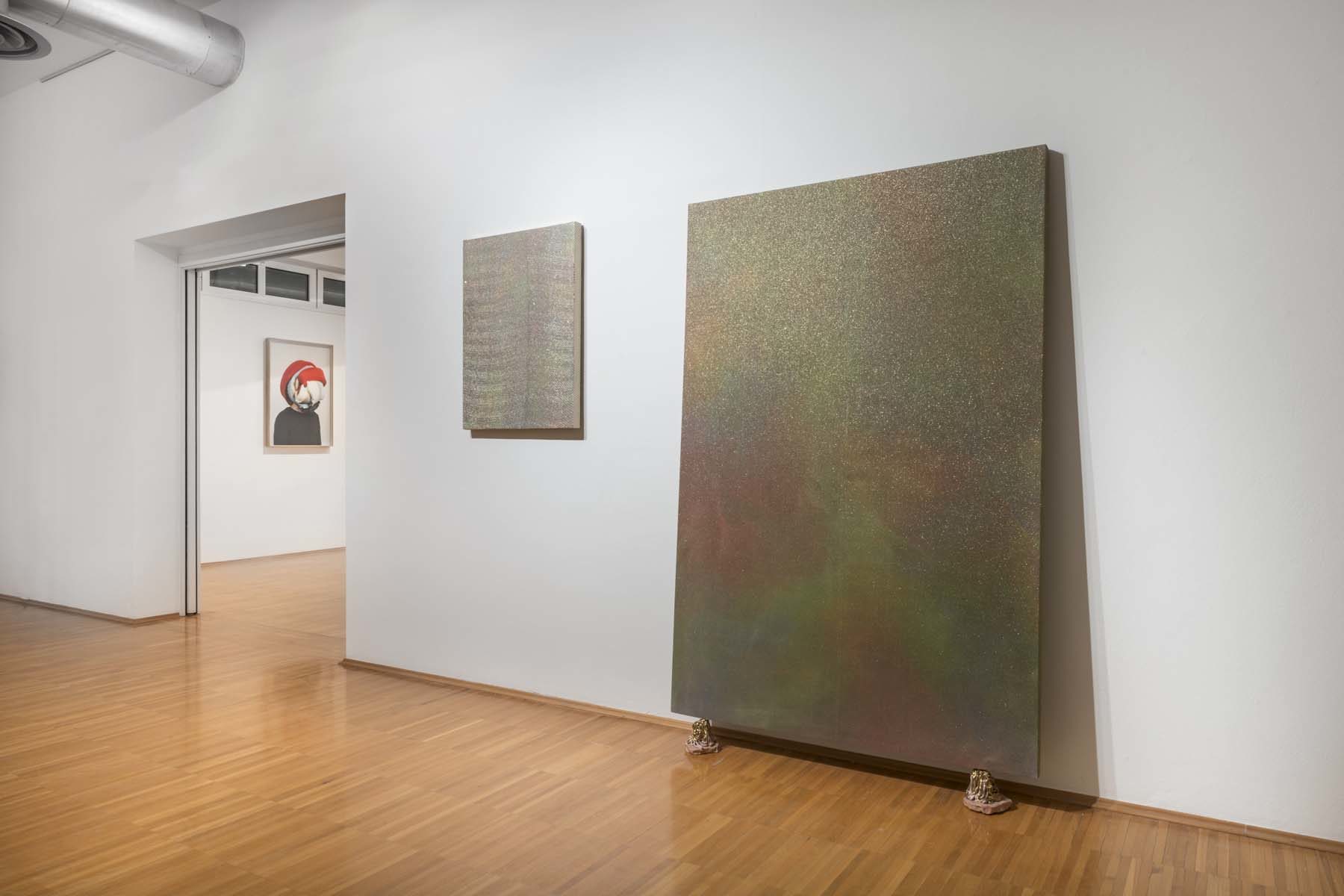 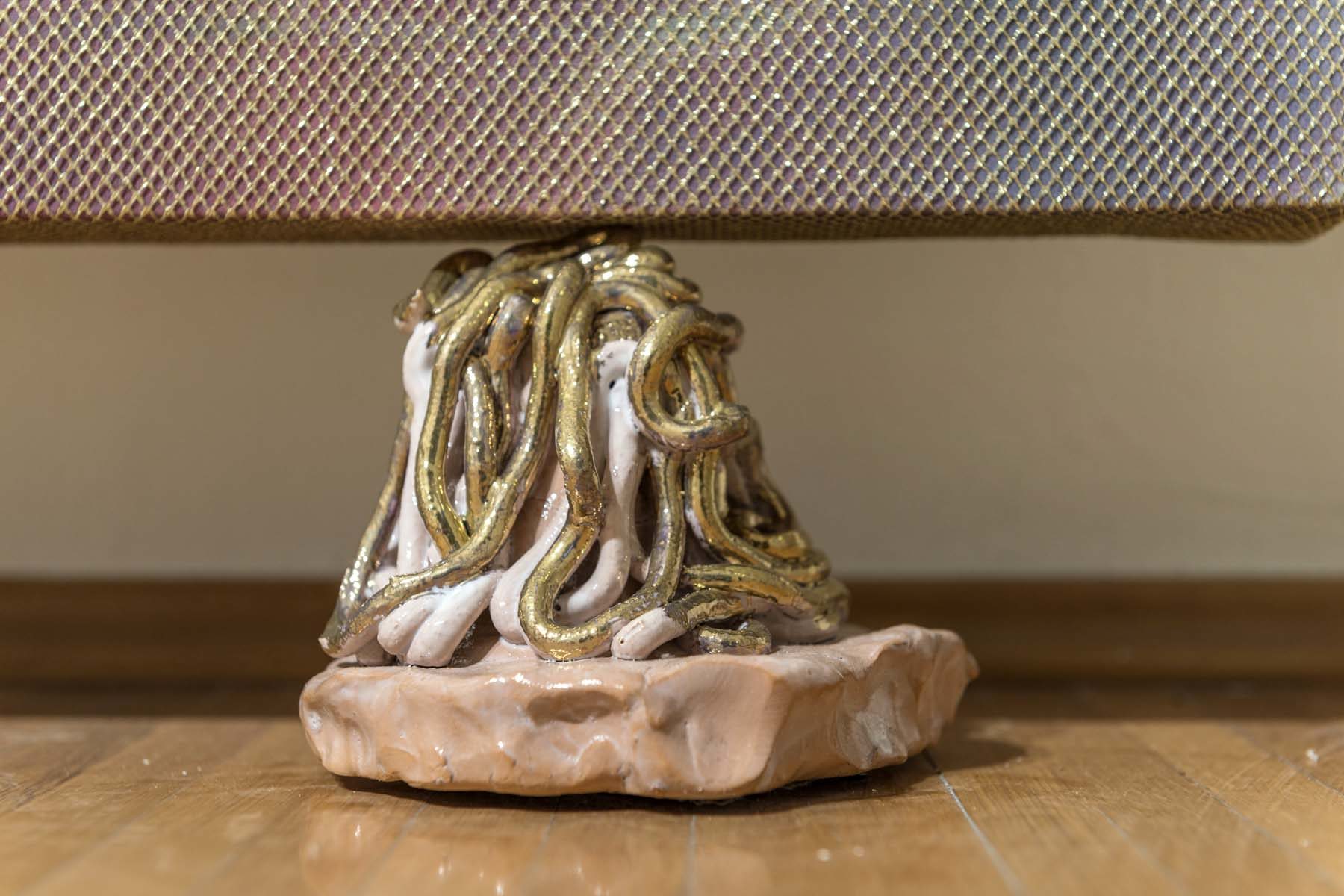 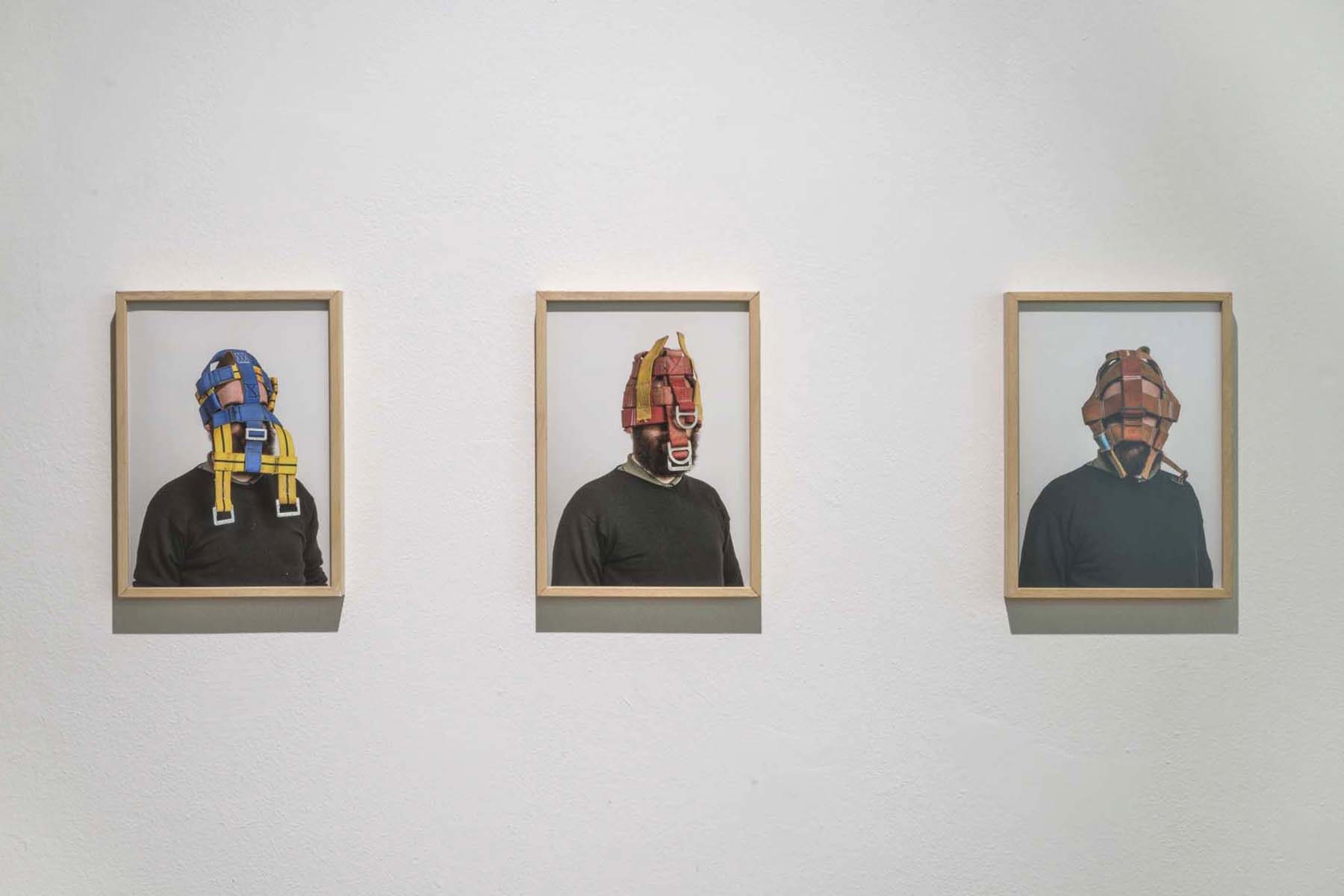 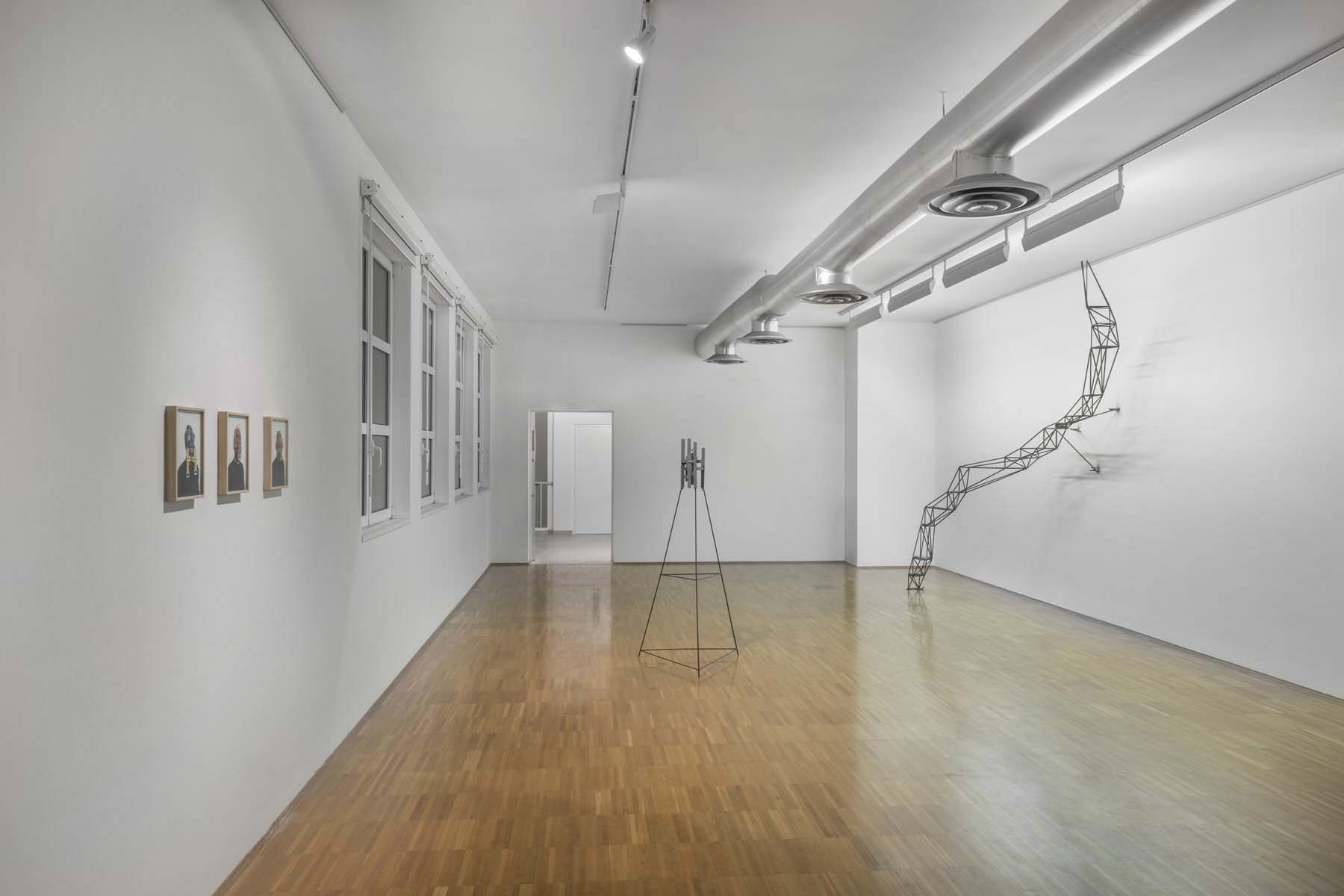 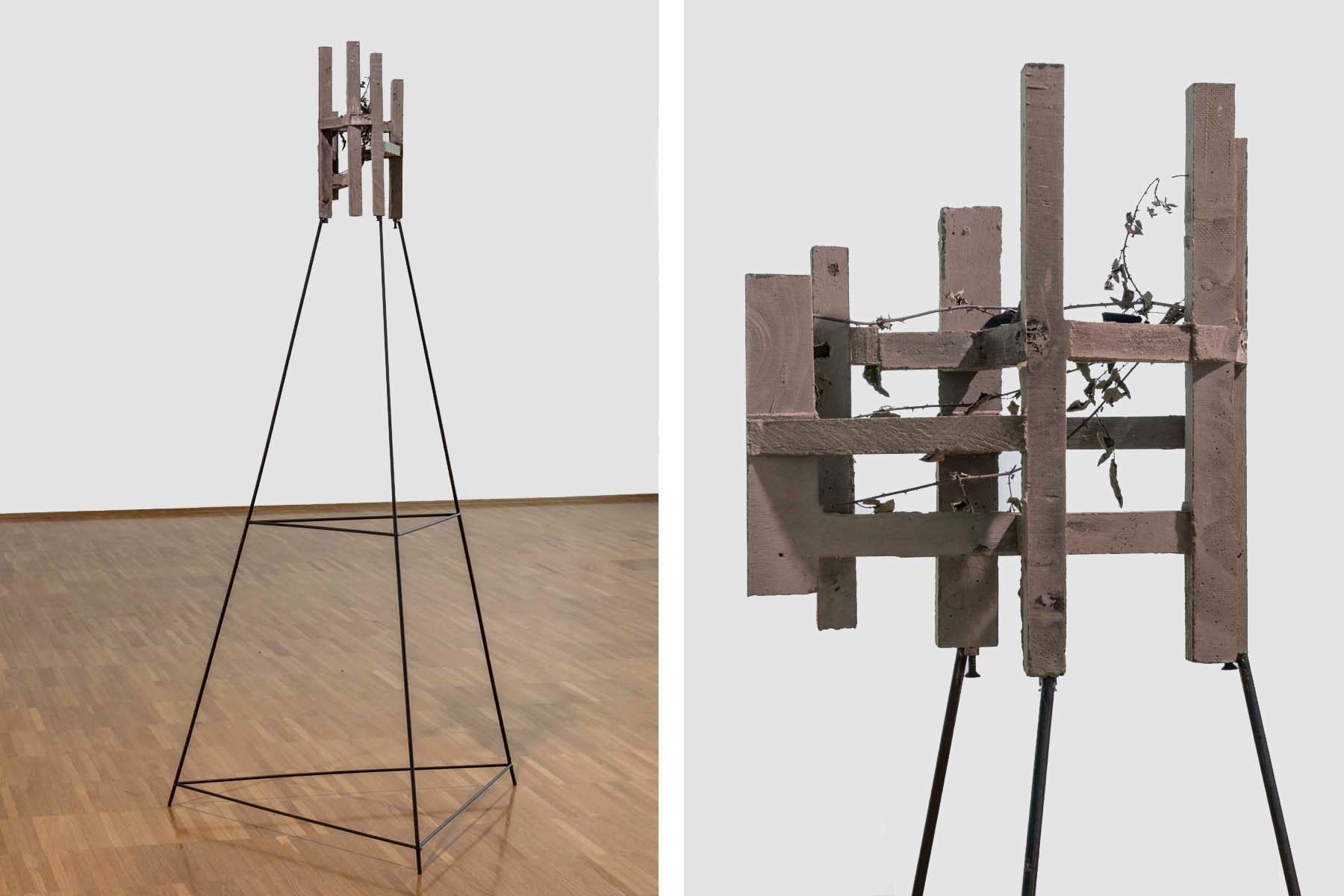 
The studio of an artist is a place that can sometimes be a space of the mind, or more often a physical space, although the two are not mutually exclusive and can overlap. It is a space of the mind because it outlines an area where there is a drive towards creating and making, mainly fuelled by personal aspirations and the need to follow up on one’s desire for expression. It is a physical space because it holds doors, windows, electric plugs and tables.
A studio, however is not only the space with artworks, objects, tools for planning and working, drawings, computers, drills, colours and books: it is something more and something different: it is a territory. The elements that are contained within its spaces have a strong relationship between them, and in particular with the person that gathered them and gave them an order. Here the spaces, and the different functions of the objects they contain, find a way of existing according to a predefined goal: the designing and making of an artwork. This area is governed by rules which have been decided by one authority, and this person is inevitably both the creator of the rules and subject to them. The artist is the person who shapes the studio, but at the same time he is also the guest, and thus he is shaped by it. That which he thinks and produces is also the result of that which surrounds him, by the more or less casual placement of tools, the degree of tidiness/untidiness, the availability of materials and all the other variables.
The arrangement of the objects, the technical equipment, the size of the tables and shelves define an area of action that can influence the development of the artwork, even when the artist act to resist the physical limits imposed by the working environment. The studio is a space where the artist creates and nurtures a sort of unconscious territoriality that influences his production, even more so if his artistic practice is based on making, on a way of thinking based on decisions and actions, less bound by a strict and rigid project. More often, for those who personally undertake the manual part of art, such as painters and sculptors, the studio is a place to think, a den, a place to forge, to produce and create.

The studio is where the poetics of each artist are developed and shaped through complex strategies and processes. These are characterized by the perception of risk and trust in oneself, in a constant swinging between opposite emotional poles. It is therefore the place where personal grammars are tested, in a hybrid zone where actions that explore familiar territory coexist with probing that might lead to new expressive results. The studio is thus a place where an anthropological alternation between being settled and exploring takes place. It is where there is a mediation between the need to construct (to erect, aiming at a height, at a vertical development) and the research into new areas to build in (an action that seeks a horizontal development, to inspect the visual field).
In statistics, the confidence interval (intervallo di confidenza) provides a field of variation within which an unknown parameter is expected to be found, representing its degree of reliability. The confidence interval is indicative of how sound a measurement is and how significant it actually is. In a similar way, we can describe the space of physical and mental work where the artist operates as a confidence interval, the space where the original hypotheses about poetics, materials and compositional syntax can be verified to a foreseeable degree. The interval is the space where that which is certain tries to rein in the exuberance of experimentation. It is the awareness of the artist that he needs to give in to the centrifugal forces that leads him to venture into uncharted waters, while avoiding the risk of being taken in and crushed. In the moment of greatest effort, the artist is forced to develop executive approaches where the systematic doubt of that which is not known is moderated through the trust in their own abilities and the possibility of falling down without hurting themselves too much. The artist must therefore develop certain abilities which will make it possible to play it by ear, often for considerable periods, since they do not have access to instruments that could measure and evaluate the consequences of every possible action. This is the dichotomy that the artist must have the courage to face, if they do not wish to be limited to being a repetitive proponent of previously explored equilibriums or well-trodden approaches. Inevitably the evolution of the work is the fruit of many attempts, well-considered risk taking and the courage to take a leap of faith over the hurdles of the present day.

The artwork can be interpreted as a deliberate psychological act, characterised by the concentration of energy and a conceptual, spatial, temporal or emotive intensity. It is therefore the result of pressures, tensions and breaking, in a way which is not dissimilar to seismic events, determined by continuous movement and clashes deep within the earth. The artwork is therefore a deflagration that breaks an unstable and precarious equilibrium, a kind of ejaculation that frees the energy that had been progressively accumulated. Inevitably, the action is a prelude to the creation of a further tension, a gradual arousal that will find its release in a subsequent rent, with a recurrent progression that reminds us of the cyclical nature of earthquakes.
The awareness that this progression is part of the confidence interval within which artists move is the unwritten rule that nurtures the events within the field of play, the space of the mind reserved for measuring and challenging oneself. This interval is the arena wherein one may be injured or find confirmation of oneself. For any artist who does not wish to be limited to banal and self-satisfied copies of themselves, grazes, knocks and bruises are trifles of no consequence.