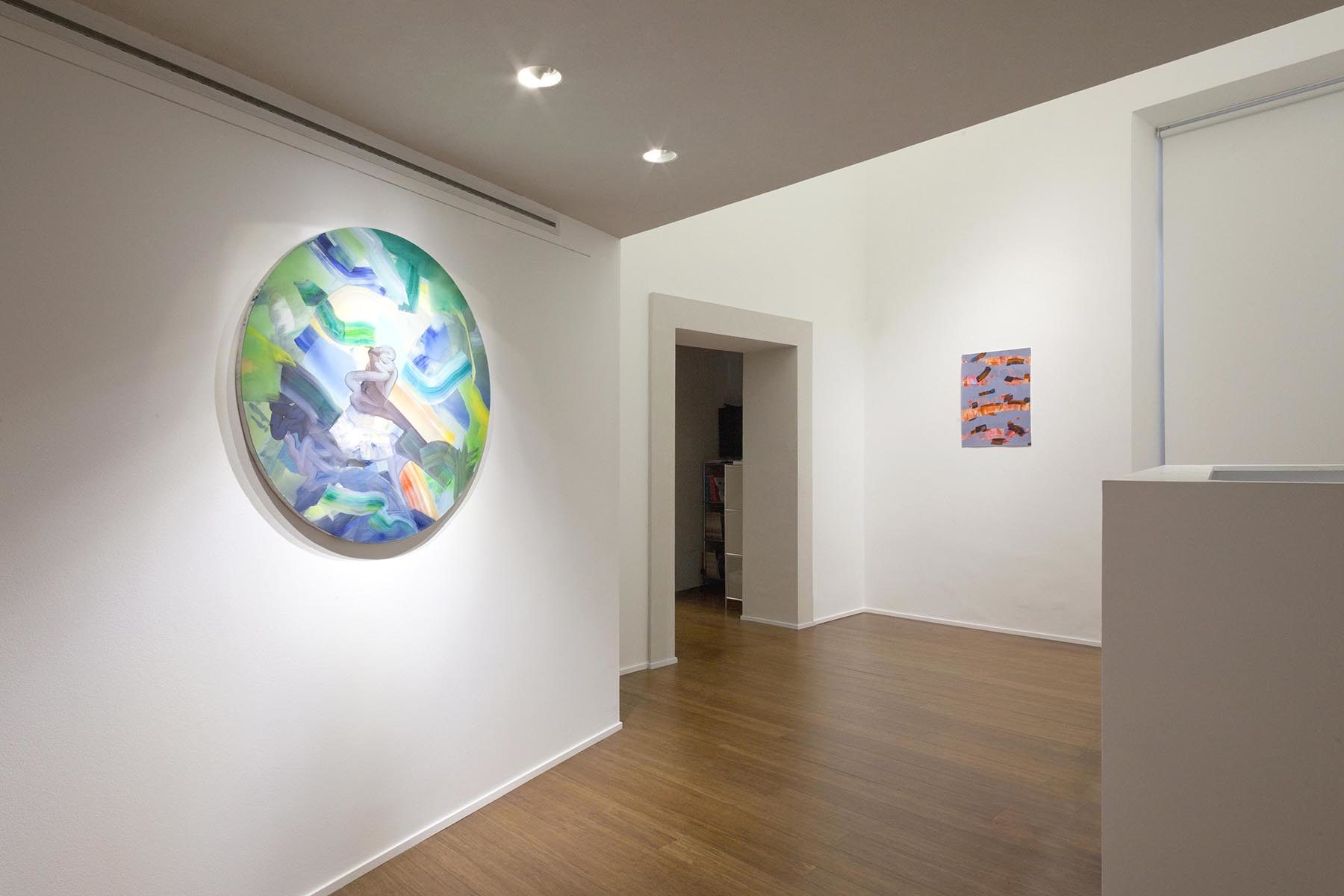 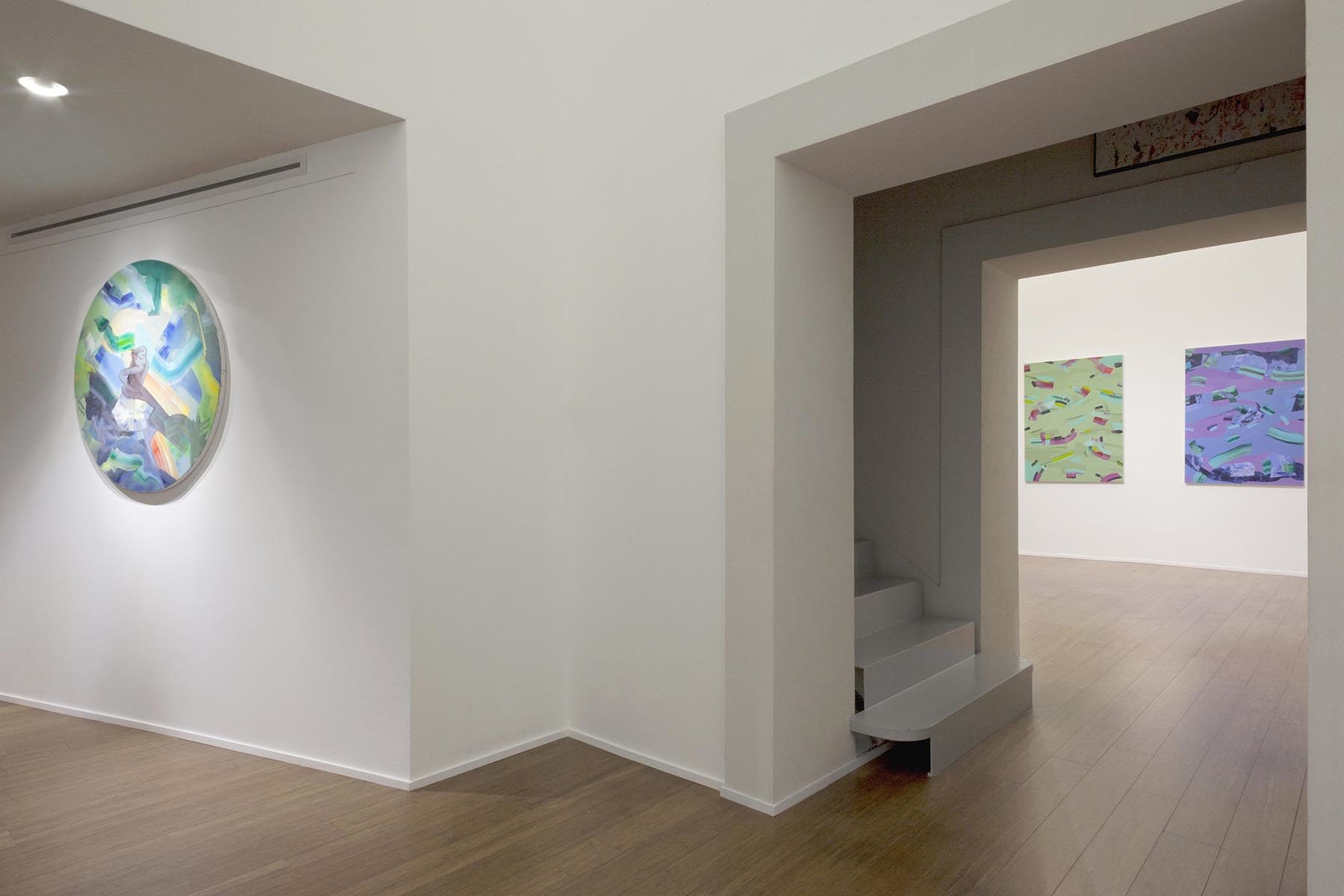 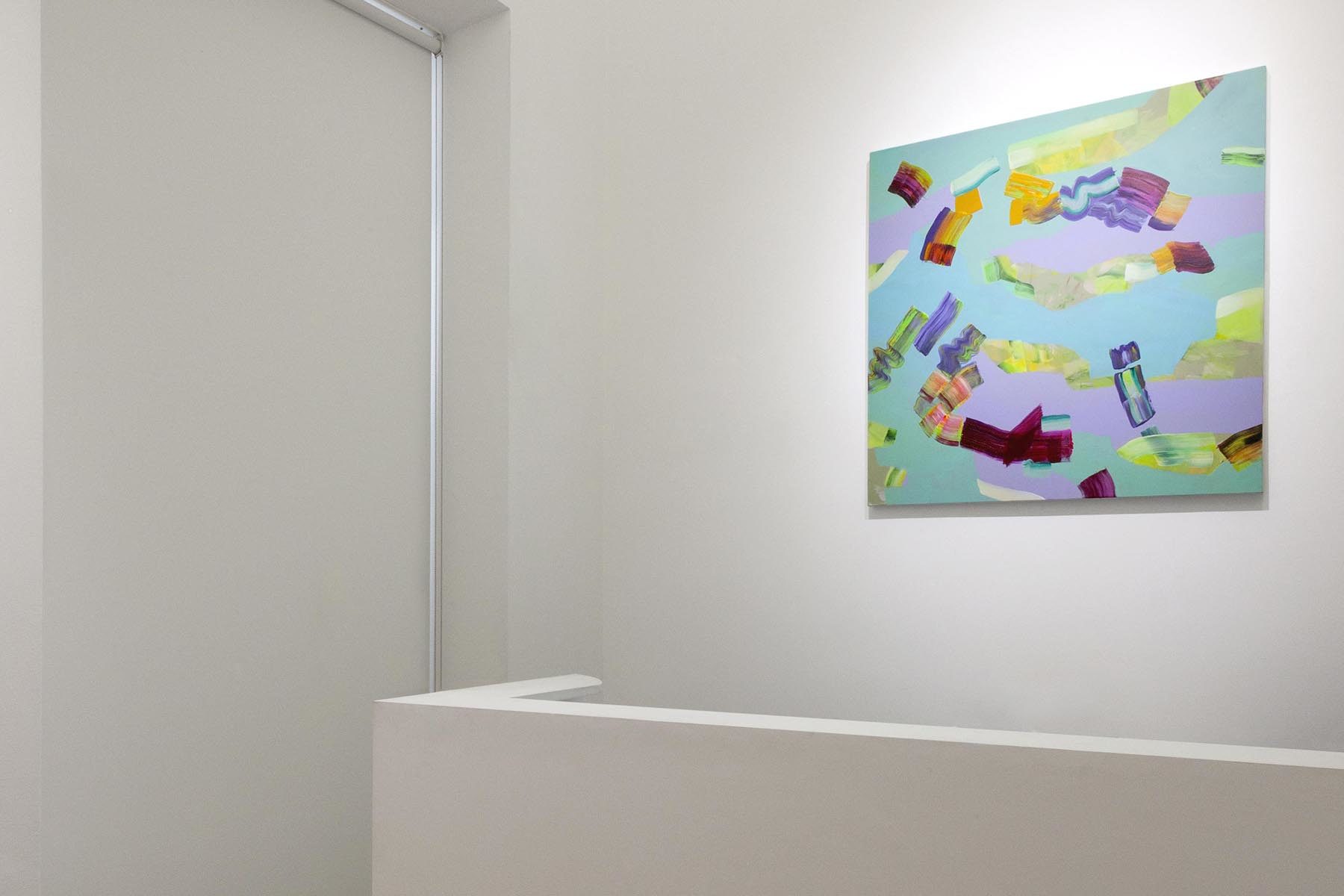 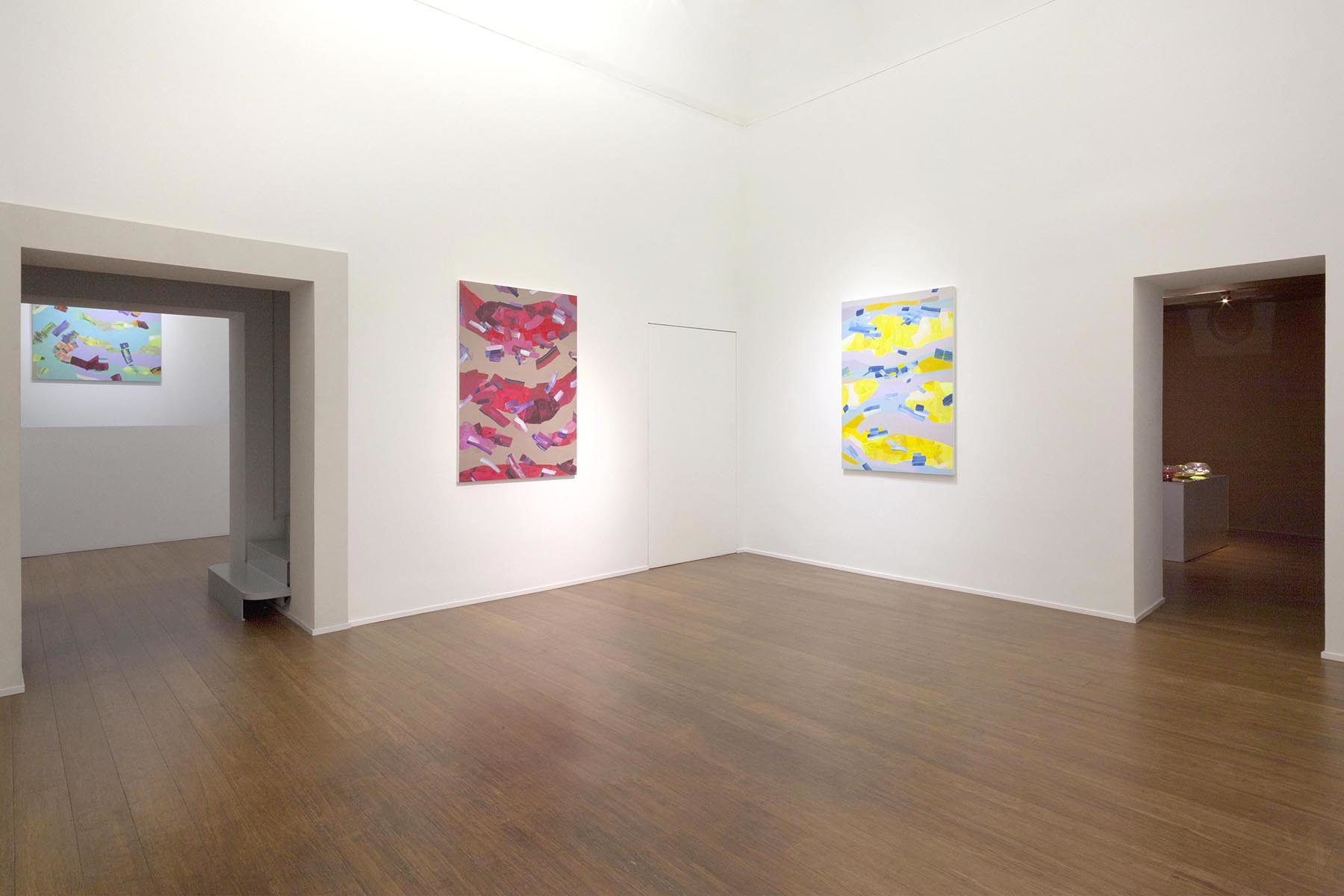 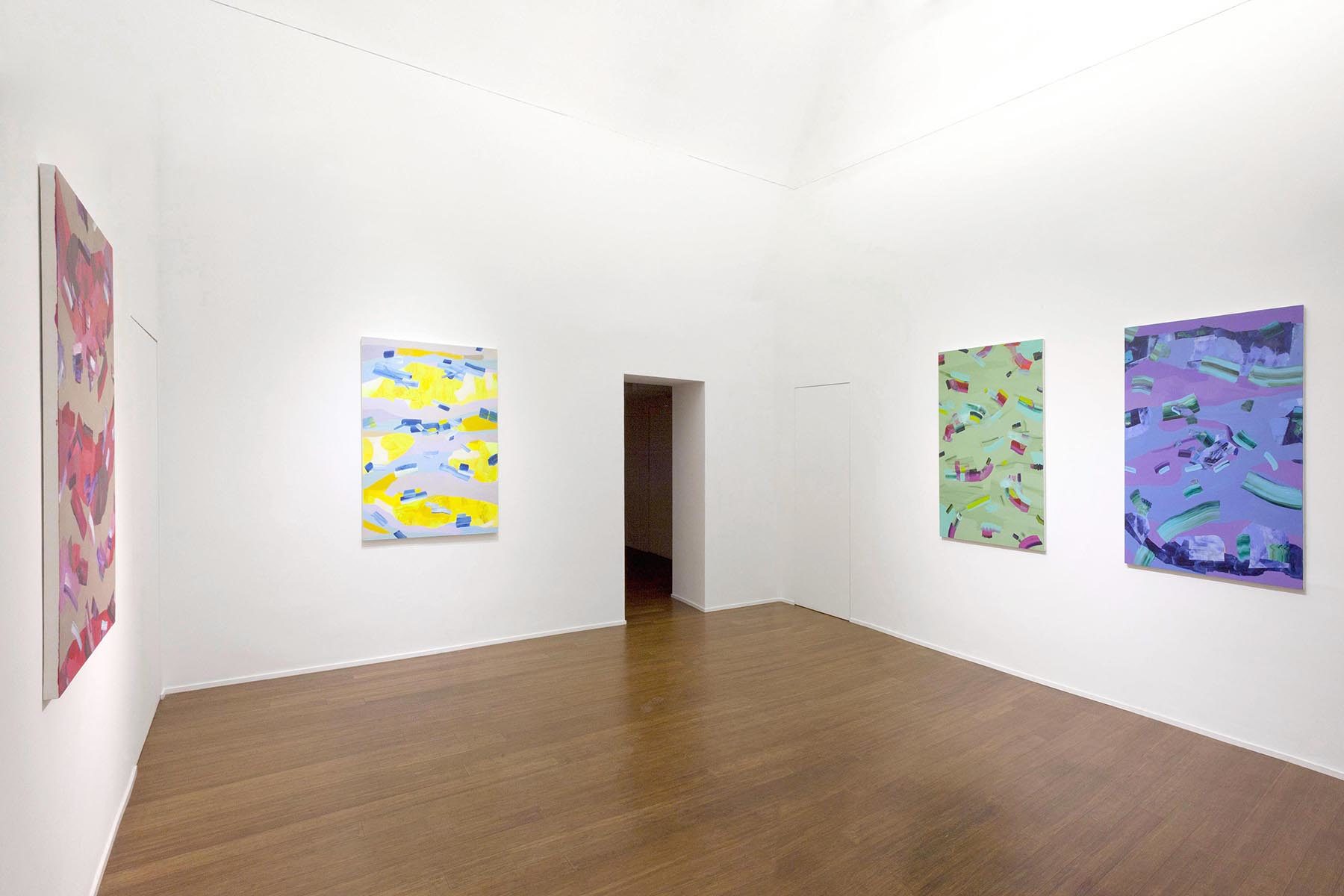 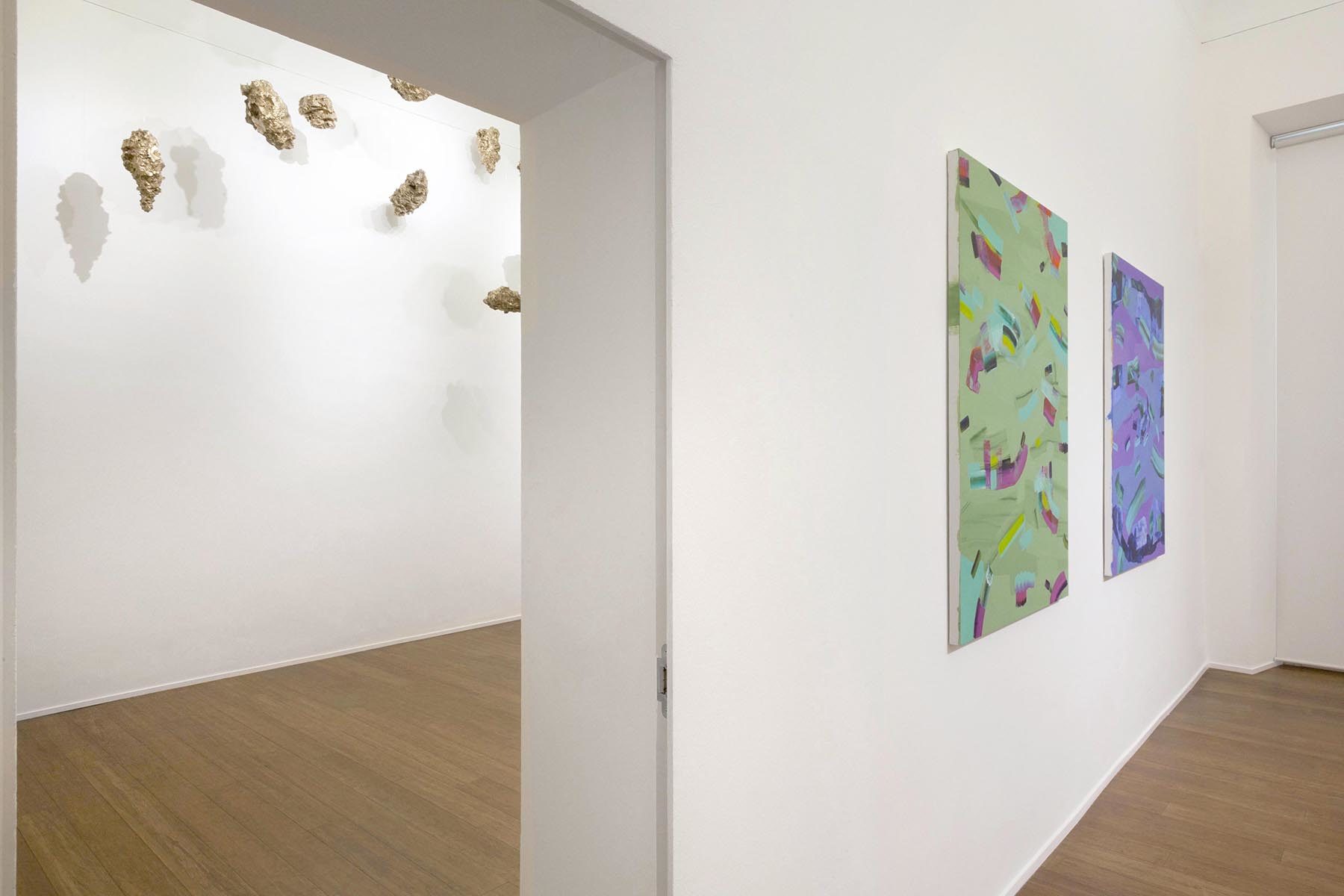 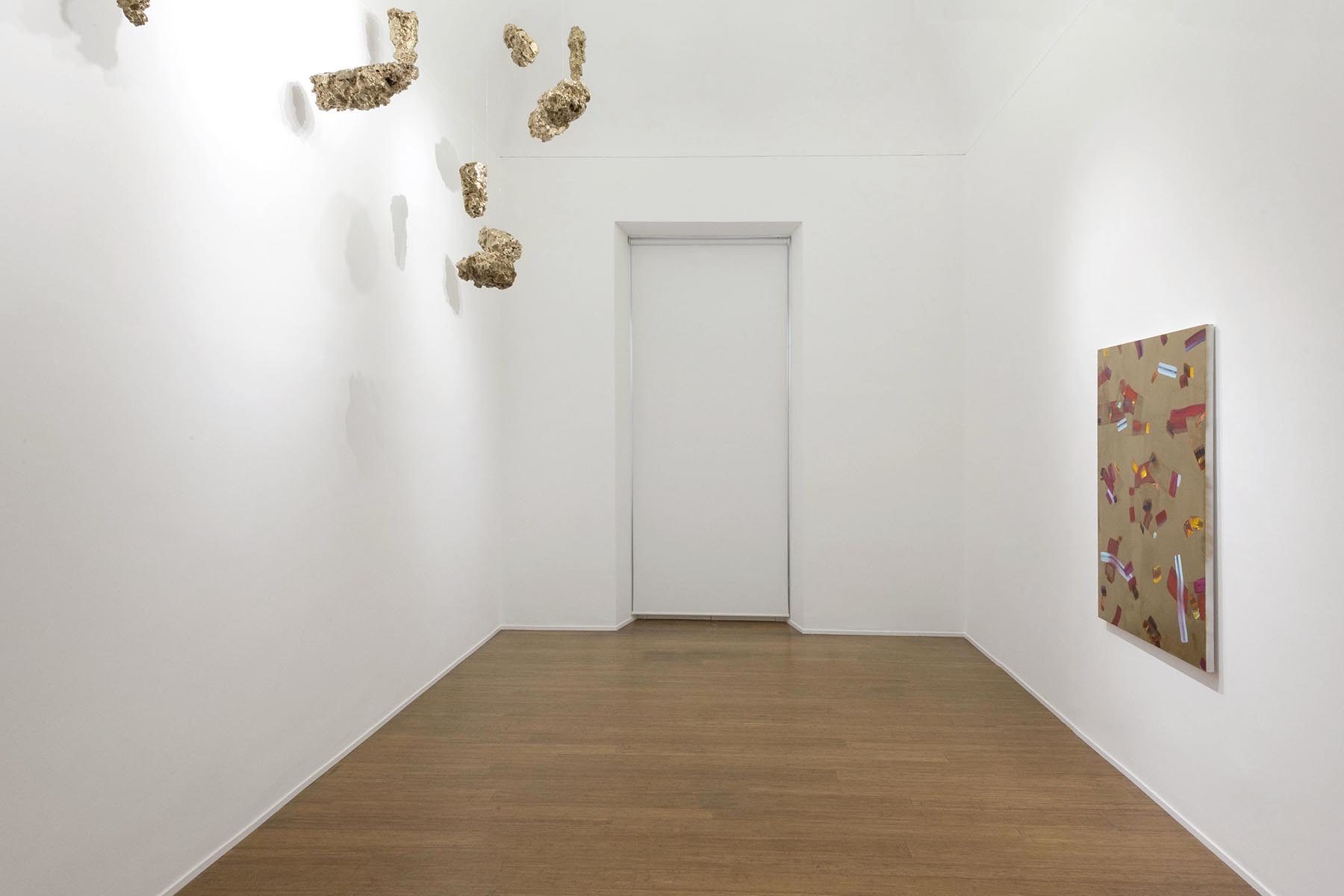 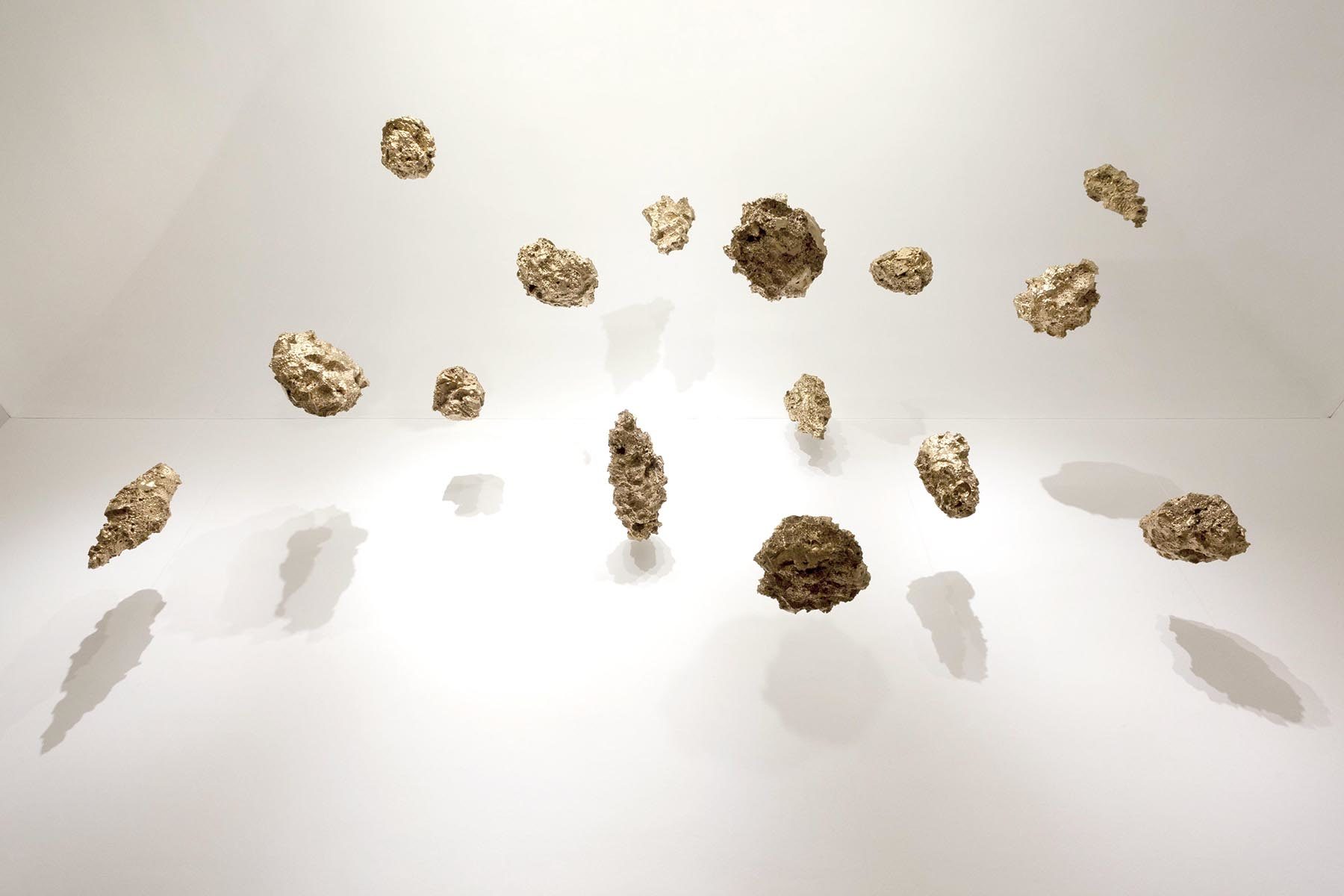 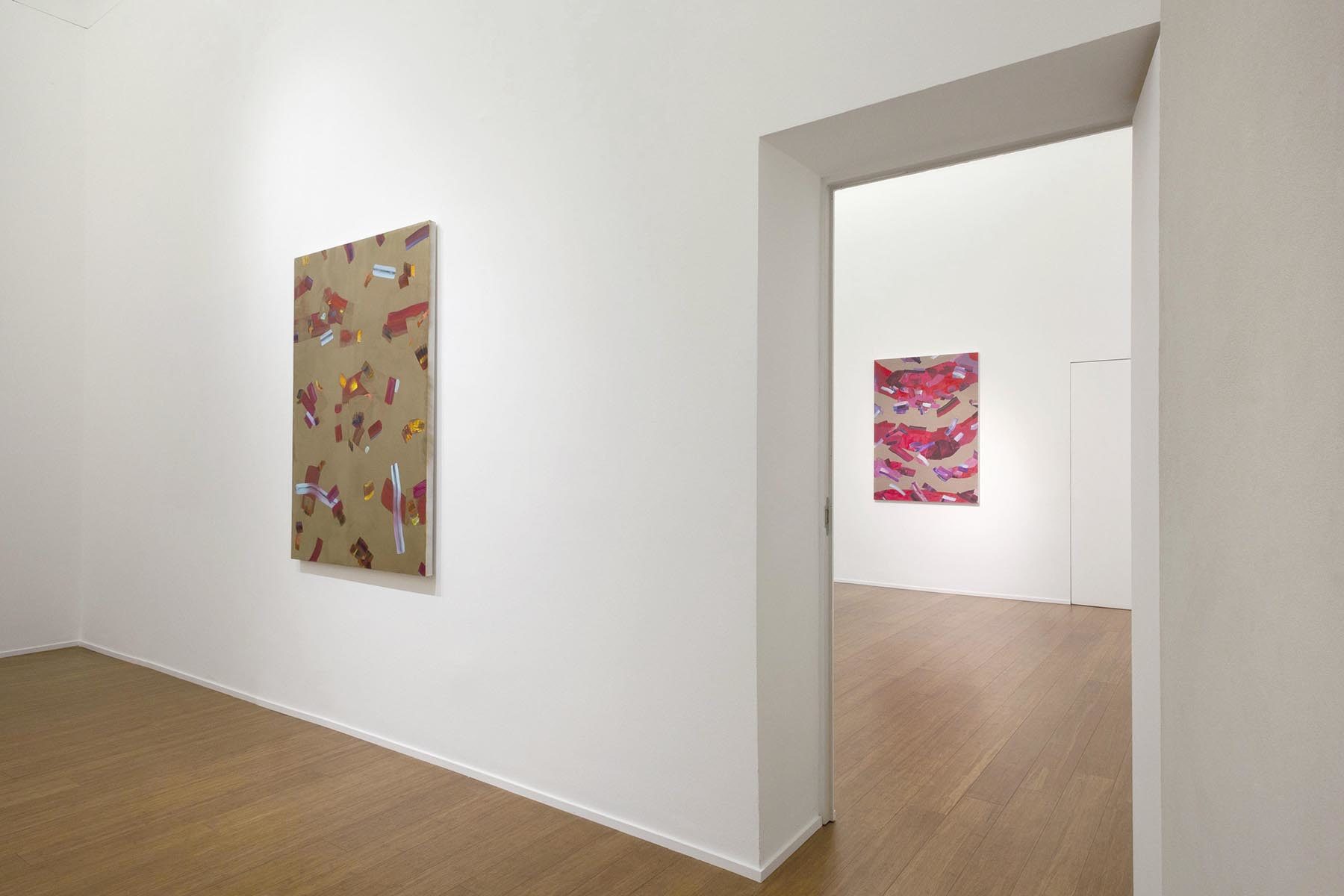 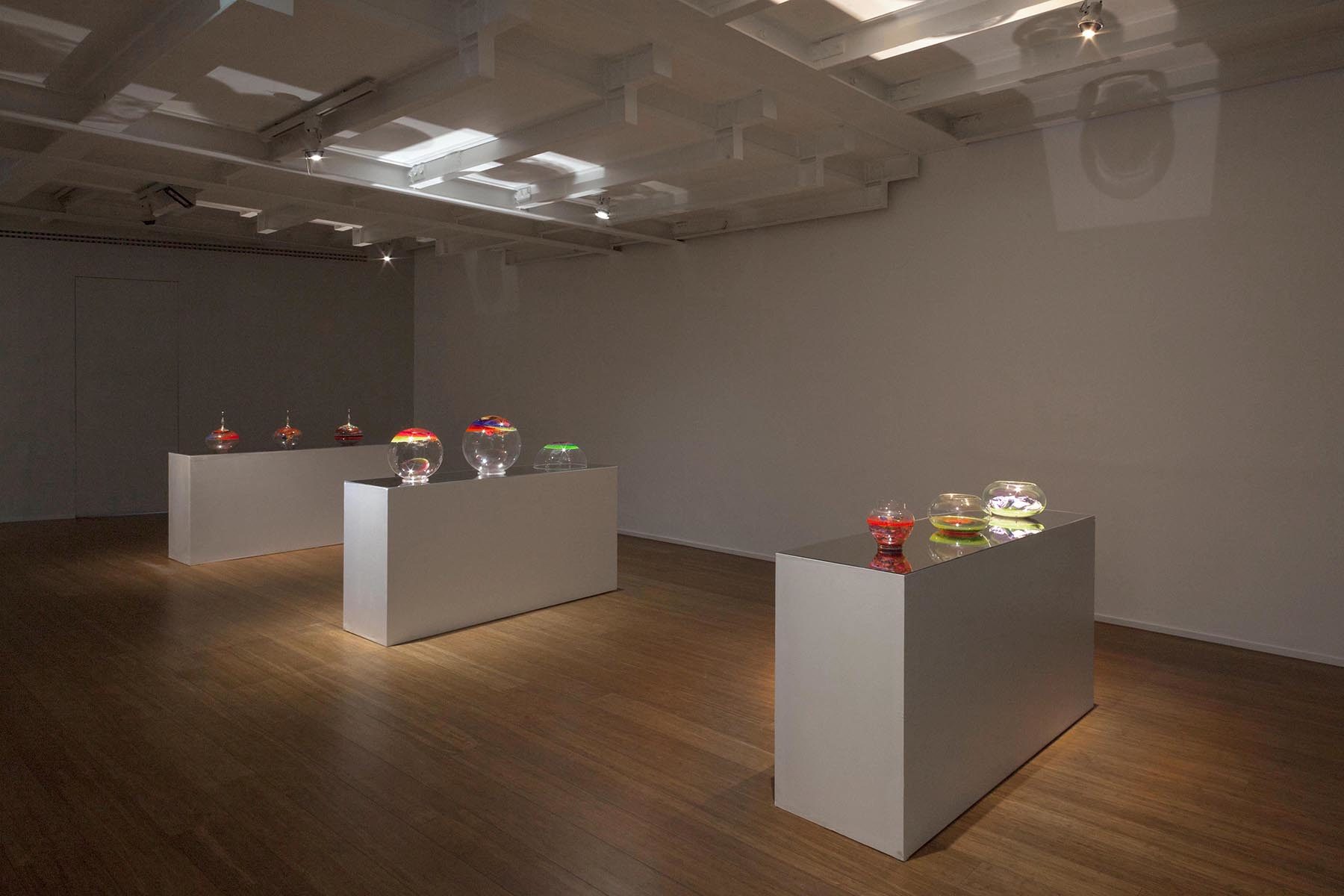 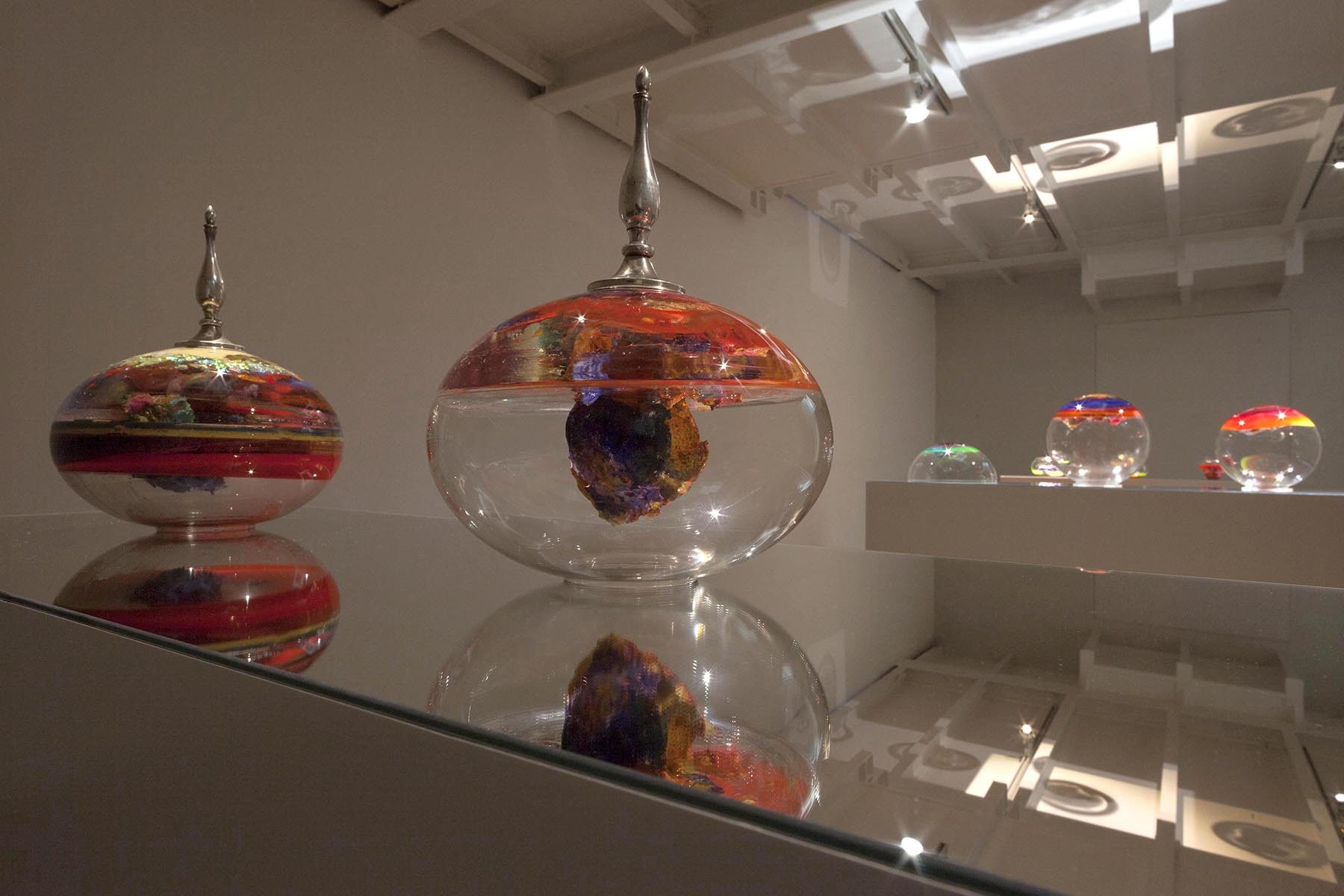 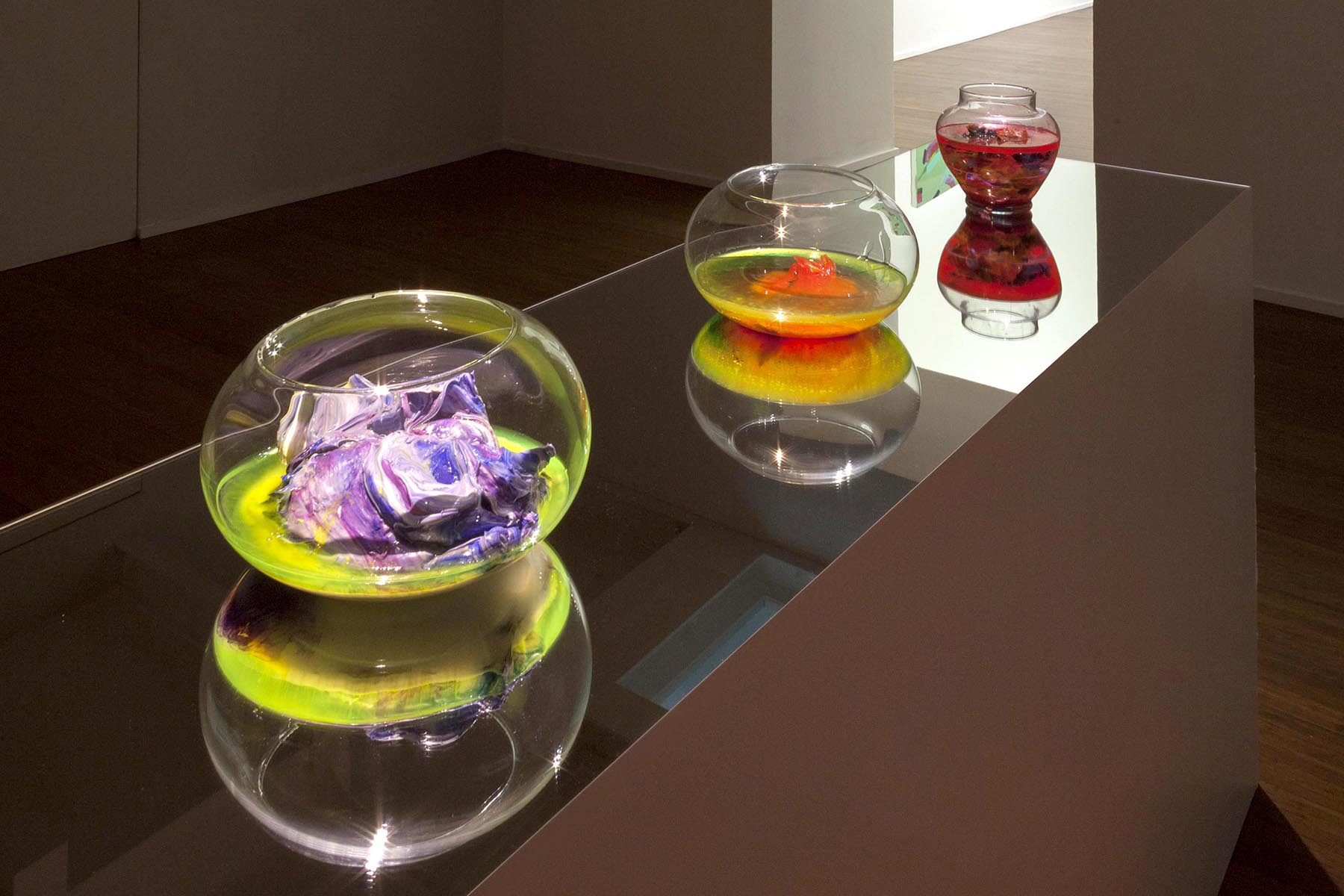 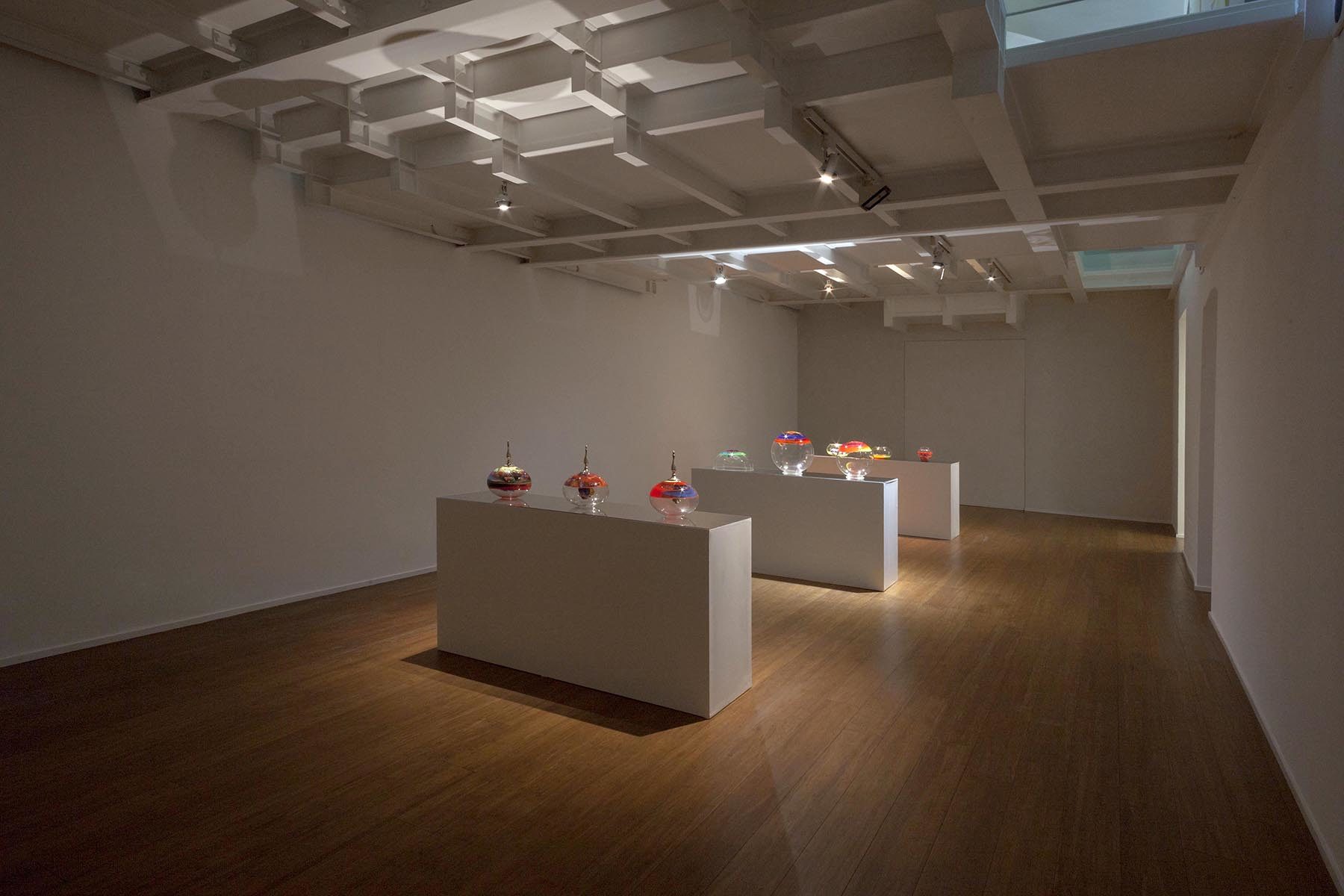 
Stationaries and nomads
Artists who practice painting in a continuous, exclusive way and way of the identity – that is, mirroring themselves completely in their work, in a way in which the work responds freely to their expressive urges, without any (aware) mediation with other needs – can be roughly classified into two categories, without going to far. The first is that of the stationary, i.e. those who shape their own identity as a unitary construction, as a building that often grows horizontally or, in the fortunate case of excellent artists, upward: they are those whose works visually resemble and in whose work recognize, generally afterwards, continuous micro-changes (which critics often like to subdivide, in a somewhat pedantic way, into periods). The other category is that of the nomads, of those who like to move and not choose a fixed place of residence, but prefer to change their homes, or in some cases furnish different houses in different ways: their somatic feature in painting is to change style or to adopt at the same time different ones, to surprise the gazes of the spectators, without any intimate need to be immediately recognizable.

Explorations
Isabella Nazzarri clearly belongs to the second category, for the strong tendency to practice painting as exploration and to move freely by experimenting techniques, approaches and styles. We could say that – regardless of being carried out on the canvas or in the most liquid form of the watercolor – it is the same action of painting her true subject: the gesture of coloring and dragging the brush on the surface, in a continuous negotiation between control and centrifugal anarchic impulses. Subsequently the subject manifests itself, revealing to our gaze in the form of an image; but it is only a final steady form, a simple chromatic coagulation of stimuli that, in the head and the hand of the artist, lead elsewhere to the next exploration or to a new experiment, without any concern either being identified or being an already solved equation in the spectator’s head.

Clinamen
In the poem De Rerum natura Titus Lucretius Caro transposes the principles of Epicureanism, and he translates the Greek word parénklisis to the Latin noun clinamen – that is, according the philosopher’s physics, the swerve of falling atoms that makes possible the freedom of humans from materialistic determinism. The concept of Clinamen guarantees therefore human freedom from deterministic form, by allowing our will to express itself in a fulfilled form. The word of Clinamen expresses the free, fluid and nomadic creative path of Isabella Nazzarri, characterized by continuous small movements and daily micro-deviations, where individual freedom is strengthened by the presence of casualties due to the momentary condition. The practice of free will, not only in painting, prevents the artist from being imprisoned with repetitive forms or a deadly consistency, and avoids the condition of the one who speaks by using words already written. Clinamen is therefore the guarantee that you can experience a journey without worrying too much about the place it will conduct or the meetings you can make.

Walking
For Nazzarri, the work is an experience, an episode of a walk in the city where you can have new stimuli and you can end up freely in a place that you had not previously thought. The mere staticity of the finished work needs to be understood as the result of a transient condition, similar to the flâneur condition Charles Baudelaire wrote in the renowned Le Peintre de la vie moderne: the freedom to move, even casually, is in fact one of the generating elements of her works. And this does not happen only when freedom take on a two-dimensional form but, for example, in Monadi‘s case (transparent ampoules filled with coloured resins placed on a mirror) or Epifanie (golden rocks made of polyurethane foam), where the choice of form and the use of materials are the result of its constant urban walk-through as a flâneur. A route made of temporal continuity, but also of unlimited variations which are the basis of her paintings and sculptures. In particular, Nazzarri’s approach is the result of gestures and measure which, itself, produce the shapes we see condensed onto the canvas or in sculptural form. In a broader sense, the same creation of sculptural / installation works – which contain the same explorative and libertarian expressive instances that are at the basis of pictorial practice – is inspired by a continuous and inexhaustible nomadic practice of painting, of which it represents a further extension.

Condensation
The Clinamen exhibition is built to give the visitor the errant mode of Isabella Nazzarri’s artistic practice. It delves into the uncertain emotional horizon and condenses it in different ways summarizing the works of the artist of the last two years of research. The Air Room displays Nazzarri’s last two-dimensional works on canvas and paper, in which not-figurative and gestural elements are painted over flat colour surfaces. Stronger marks and liquid brushes alternate freely by occupying the surface in anarchic and seemingly random way, as a result of a visual process in which emotional approach and method are blended. The Mirror Room, in a more intimate atmosphere, displays three-dimensional works created by the use of resins, color and translucent elements. The works, some glass ampoules which are characterized by great executive freedom, are arranged above a mirror showing the spectator what at first glance is hidden. The Gold Room is dedicated to new sculptures made of synthetic materials, which evoke the feel of a constellation of metaphysical and surprising rocks, as a revelation of something we can not known or understand. The space is transformed in an aerial landscape to see above our head dreaming of far-away worlds. Are they the intermundia inhabited by the gods who do not care about us, as Epicurus reported?