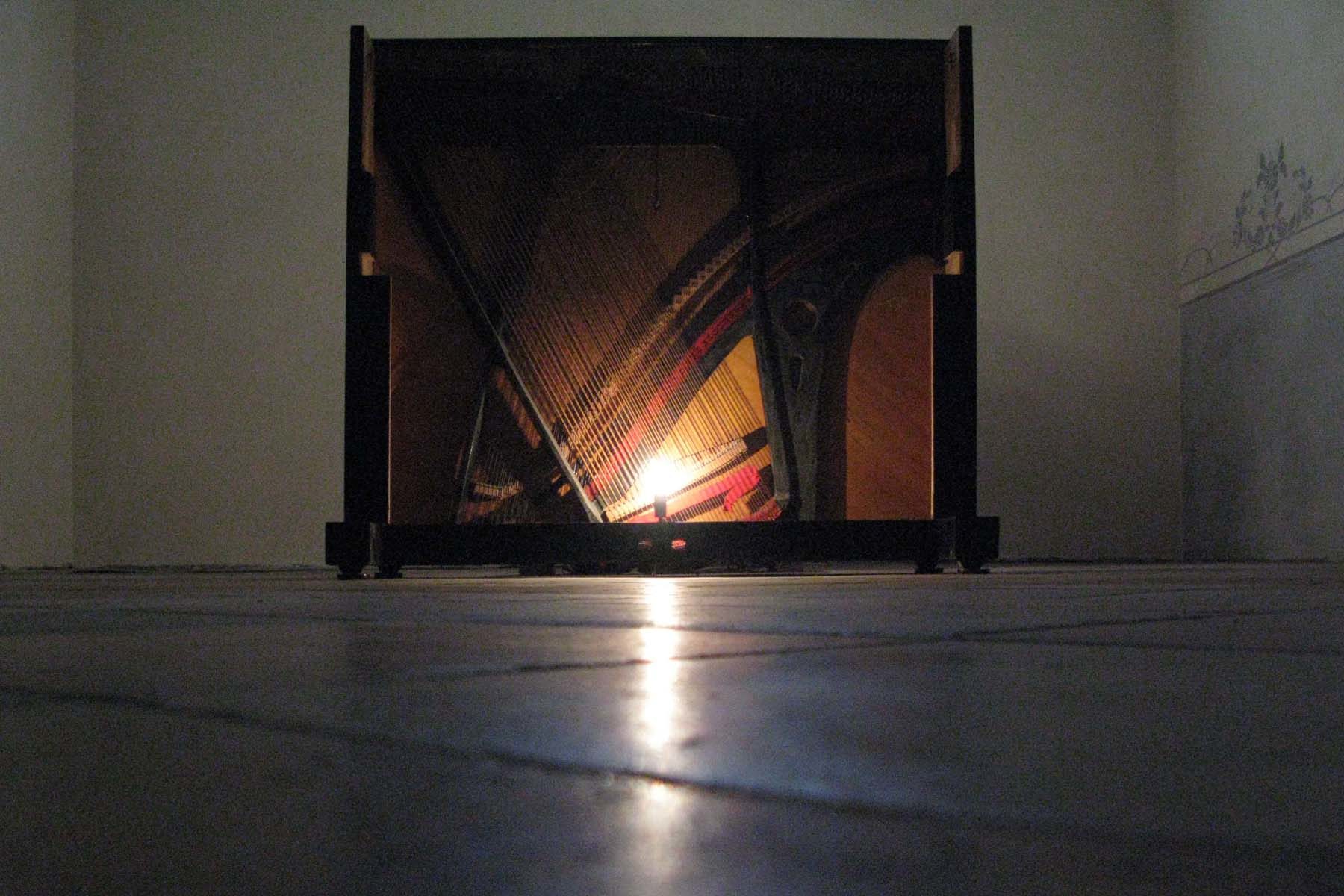 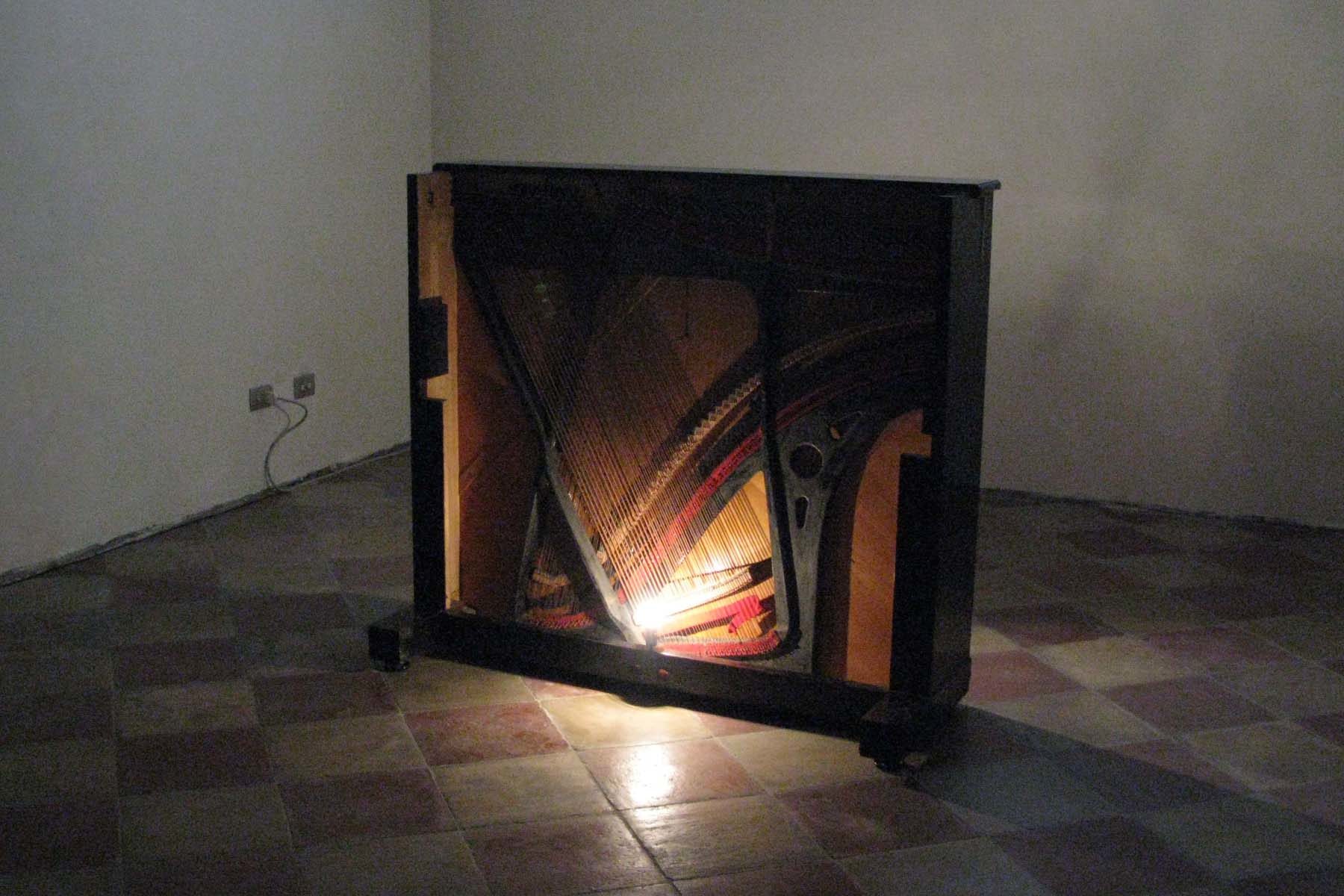 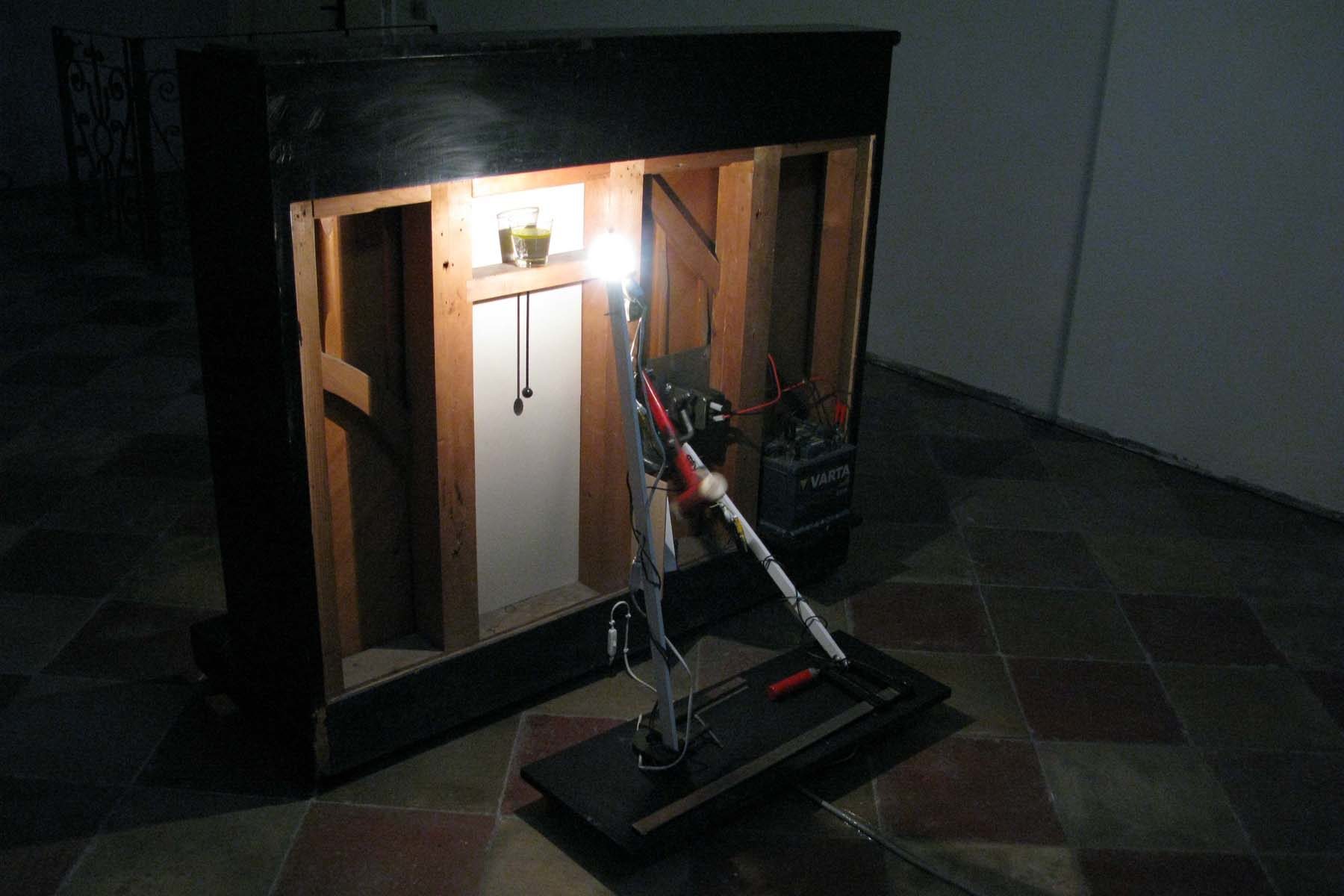 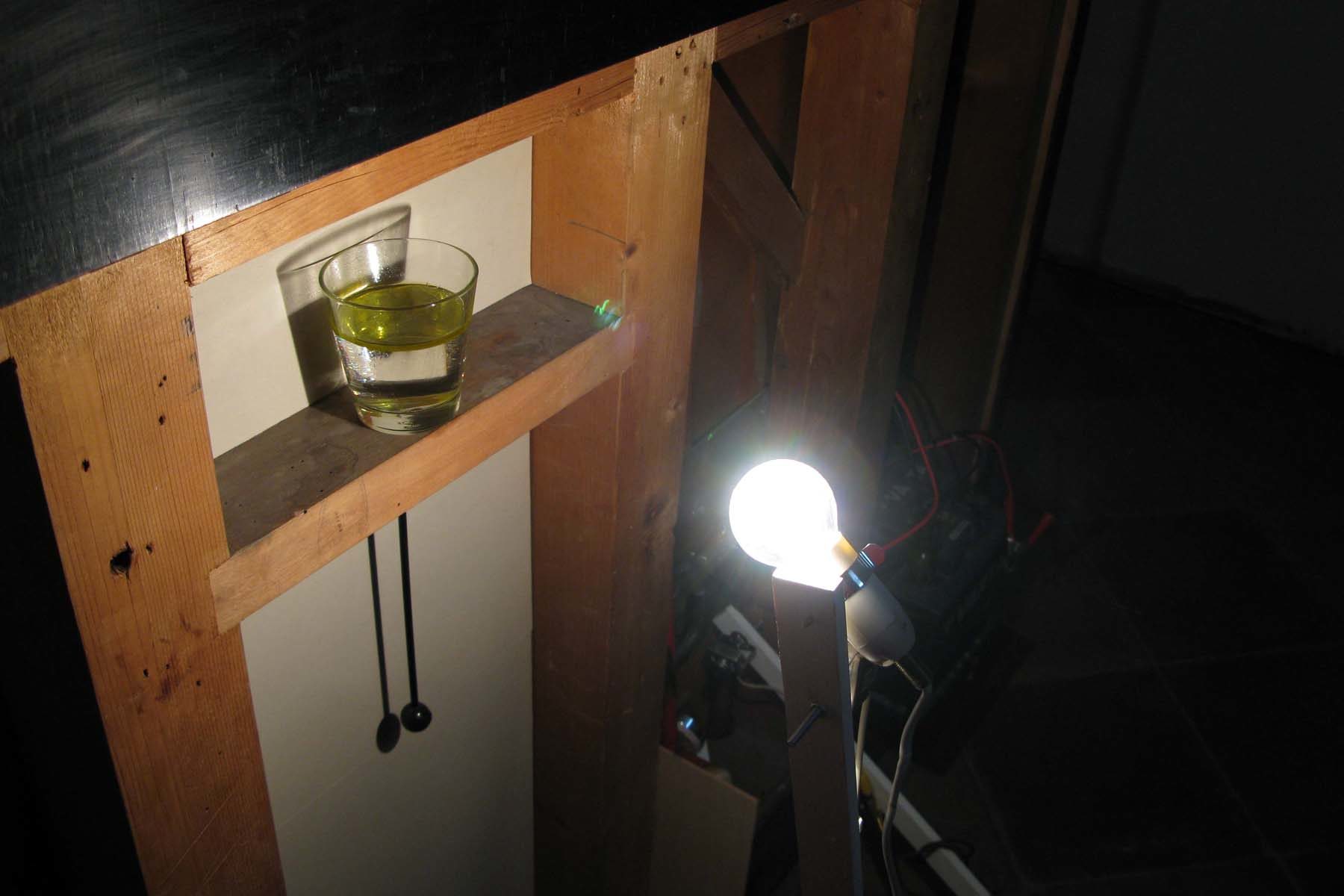 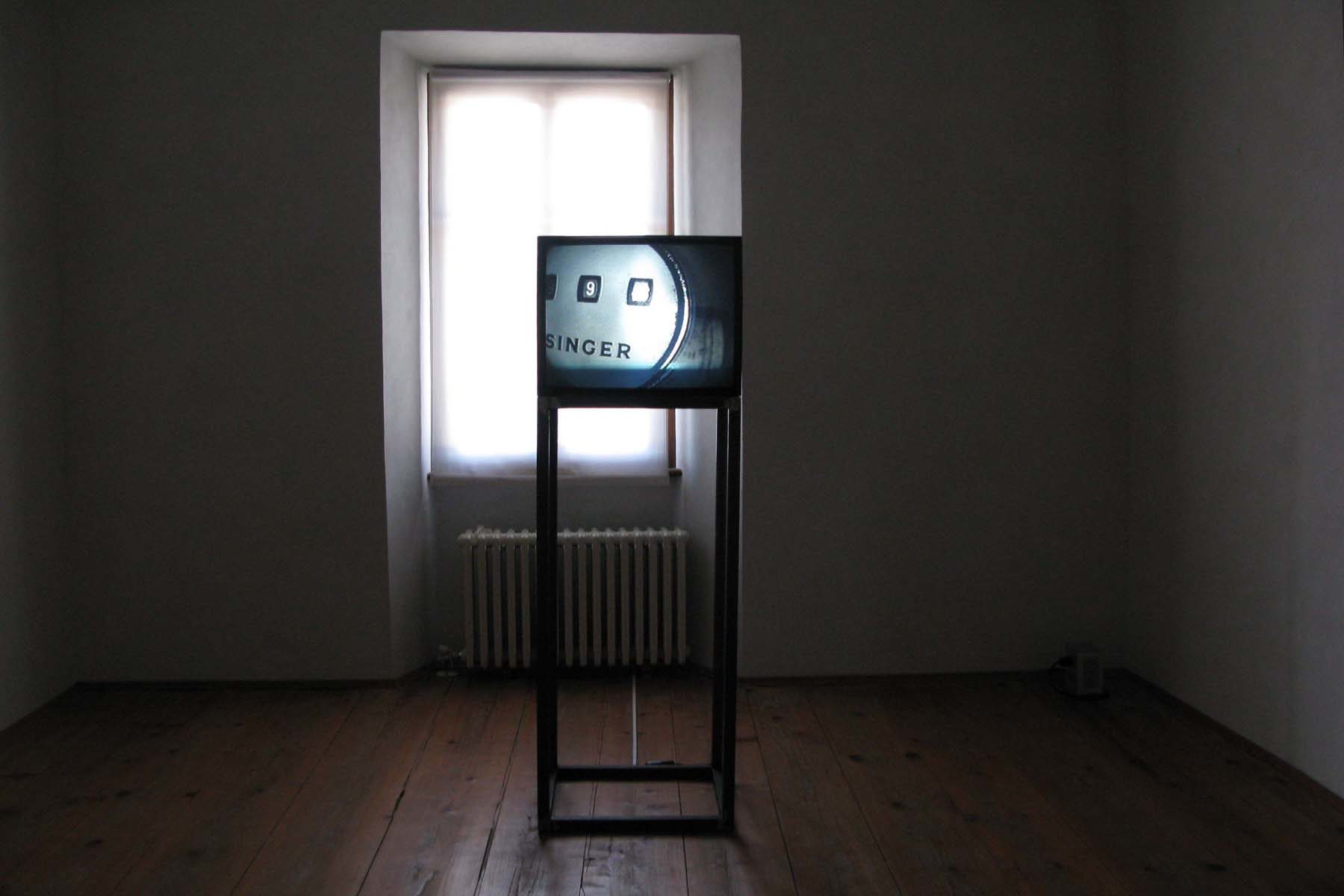 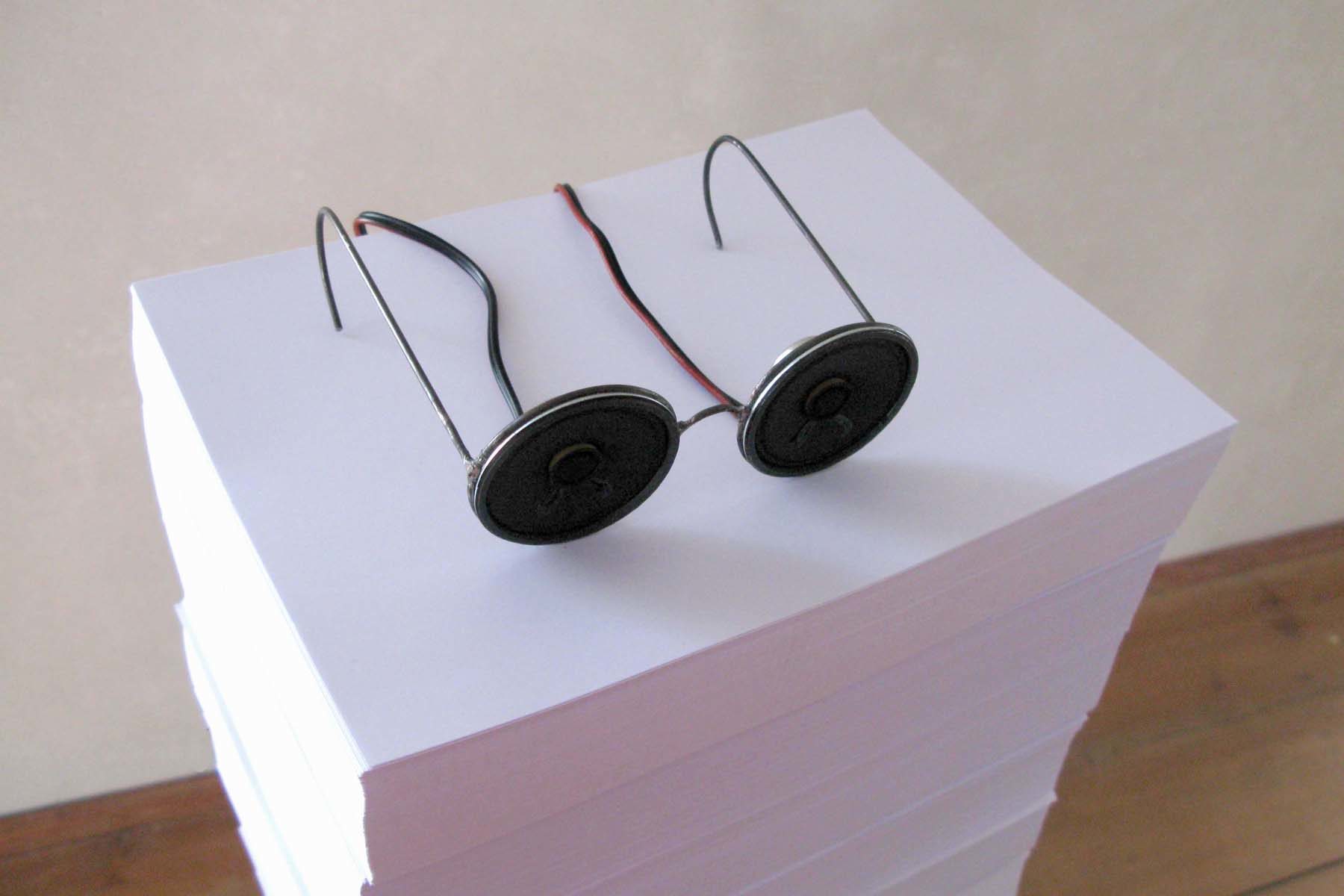 
Thinking is not the intellectual reproduction of what already exists anyway. As long as it doesn’t break off, thinking has a secure hold on possibility. Its insatiable aspect, its aversion to being quickly and easily satisfi ed, refuses the foolish wisdom of resignation. […] Open thinking points beyond itself. [1]

The capacity of generating new forms in the fi eld of artistic music (the one we by mistake call “classical music”) seems to have fallen asleep after the drinking binge of the avant-garde movements of the 20th century. Particularly, not even the great experimentations of the Fifties and the Sixties and the randomness have managed on the whole to cancel those compositional modalities which crystallized between the 18th and the 19th century. The structural patterns on which music models itself have, that is, remained unavoidable, both whether adopted and, per contrarium, whether it was systematically decided against considering them. In a sort of exasperated experimentation, though fascinating in its intimate fragility, the possibilities of developing new codes have been cancelled – without any apparent way back. Inevitably, the great rattle of minds and concepts has not been followed by a punctual concrete realization, with the result that research contemporary music languishes in pain and has, alas, too short a breath.

But, especially many people who have received a musical training have turned their attention to something else, particularly to art, where they have found creative opportunities that were unknown in the fi rst place. It is what happened, for example, to John Cage in the Black Mountain College, who after having experienced serial music glanced somewhere else, in a border place in between performance art and music. And it is what happened to Jacopo Mazzonelli, in a completely different form as far as substance is concerned, but very similar as modality.

In fact, this artist from the Trentino has received an extremely important musical training, but it is impossible not to notice how he has taken his research onto a different field. The circles produced by the stone thrown into the lake are in fact pulling him towards a different context, while he is living the fertile transitory moment in which experimentation happens in every direction and is not suffocated by the self confi dence of one’s art, as demonstrate the hybrid (or should we say amphibious) works planned and realized for Caos (chaos), which are placed against a background – like the Casa de Gentili in Sanzeno – that is strongly characterized by historical sedimentations.

A rhythmic sound, a dull and suffocated toll made by a bell or by a similar instrument. Every two seconds a sombre thud, like the sound made by a person falling off a chair because suddenly struck by a heart attack: a sound that could belong to one of Edgar Allen Poe’s Tales of Mystery or to the risky emptiness in Michelangelo Antonioni’s Zabriskie Point.

The spectator going up the staircase of this residence in the Trentino which hosts Mazzonelli’s Organico is welcome by this nasty sonorous presence. But this unlikely noise is not delivered by an announcer but by the disemboweled wreck of a piano, placed beyond a banister. The instrument only has its cast iron plate left, since the front part has been completely removed, while at the back there obviously is a mechanism that beats the wooden ribs of the harmonic soundboard. A dim light bulb, placed in front of the chords, illuminates the spectator and sometimes gives the impression of trembling slightly with every beat, and one has the urge to see what stands behind, hidden from sight. The sound-producing device is simple: a small electrical engine supplied by a car battery transforms the circular movement into the beat-action of a hammer. The dull thud on wood is followed by the harmonic sounds of the free chords, but it is almost impossible to separate the two elements, since they connect and melt completely. It is an example of lo-fi , the Sunday-hobby type, without any apparent formal refi nement. An illuminated glass full of a yellow liquid vibrates at the sound of the tolls as well.

The intervention leaves us dumbfounded, it looks like a work on the environmental potentials of the sound, almost an onanistic vent of the sonorous capacities of the old piano. Actually, it is merely – putting it down in musical terms – the end of the exposition with the enunciation of the thematic material, that is the fi rst section of the sonata form in which all the expressive, sonorous, melodic and rhythmic potentialities which can inhabit musical ideas are presented.

There follows the second part (the one we pompously defi ne development) which is actually hidden and can be understood only backwards, while the spectator is launched, after a hall, into the medias res in the third and last section.

The third part (the recapitulation) is Cartesian: three rooms one after another, and in each of them there is a monitor on which one can see a detail of the moving elements of the piano which, one discovers at the moment, are fi lmed by a video camera. The two side monitors show the effects of the vibration in the shot of the glass, while the central one shows a piece of the percussion element with a timer which counts the beats.

The symbolic correspondence of the right and left canals to the ears is undeniable, while the central one is an obvious metaphor of the brain. Contemplating it on the whole, one can thus seize the importance of the second part, in which images are elaborated and broadcast, although in a hidden form: it is impossible to understand there is a connection, except for the sound that binds and synchronizes the mute video with the sound of the piano. A sound that in the long run becomes an obsession, if listened to carefully: the only escape is for our brain to equalize it under the attention level.

Mazzonelli loves, in fact, to challenge the spectator in a sybilic manner (the announcement made by means of a curious sound), to shock him/her (by means of a crime that does not exist), to lead him/her somewhere else (by revealing the truth) in order to eventually emphasize the obsession for the quest (the reiterated sound that causes anxiety). And he is aware, in this gaddian tangle while looking for comprehension, that he infl icts some mortal blows.

Words is a speaking art work. It is, broadly speaking, a synaesthetics art work, where visual, audio and conceptual elements are mingled together. It composed just by a pair of plain round glasses made of wire, where the lens are replaced by two loudspeakers. A voice articulates a very short piece of a dialogue from an interview. Question: “ Do you generally distrust words?” “ Of course, I do not accept words, but only in their poetic use: their sound, music, with no relation to their meaning”. It is a sharp, decadent and sharable assertion, still it holds that same ambiguous level of truth of Epimenides’ statement about his countrymen in Crete: it has the limit of preaching something about itself, thus showing the paradoxical aporia to where words can take. And of course Duchamp, the interviewed of this short piece of dialogue – the most acute and recreational among the conceptual artists – knew that very well.

One the most interesting elements of Words lays in its extremely contradictory nature: it is fragile and minimalist but, at the same, it enacts a deep discourse on the meaning of language. Using words only in their “poetical use”, as to say in their exclusively connotative meaning, means to assert that they are useless, incapable of describing and preaching the world. If we push that to the point of considering only their exterior beauty, the perceptive one, we would be celebrating their intimate and secret funeral. In the very moment the word is used only for how it sounds, it loses its sense. If we brought Duchamp’s practice to the end, we would get into the hilarious (farcical, I would say) situation of having a meta-semantics poetry, as it had been thought, by Fosco Marainiand fully developed in his Il Lonfo.[2]

Words is installed on few reams of white paper, with a clear reference to the word as loosing its capability to speak on paper, to explain without any ambiguity. The aesthetic of the work is minimalist, while the volume of the audio trace is rather low and forces the viewer to get closer to it; though the temptation, paradoxically, would be that of wearing the glasses in order to be able to hear clearly what the old wise Marcel had imagined.

Mazzonelli’s works are often nourished by lateral thoughts, by unusual research fi elds, which are never fully explored, where the overlapping of conceptual layouts happens by incremental grades, taking the distance from their origins (as it happens for example when using music material and music instruments deprived of their real function). The research fi eld is subjected to that same kind of modulations and permutations inhabiting music, but with some differences: the capability of being stimulated by environmental variables without the need of tailoring it to a given standard. On the contrary, the standard is the jazz standard: the known melody from which the artist starts his solo. There is no space for the pure form, and the discourse takes place by a succession of elaborations, amplifi cations, separations and approaches. We can only listen carefully trying to hear future thoughts; even before they make a sound.