Jacopo Mazzonelli
In Affectionate Memory Of 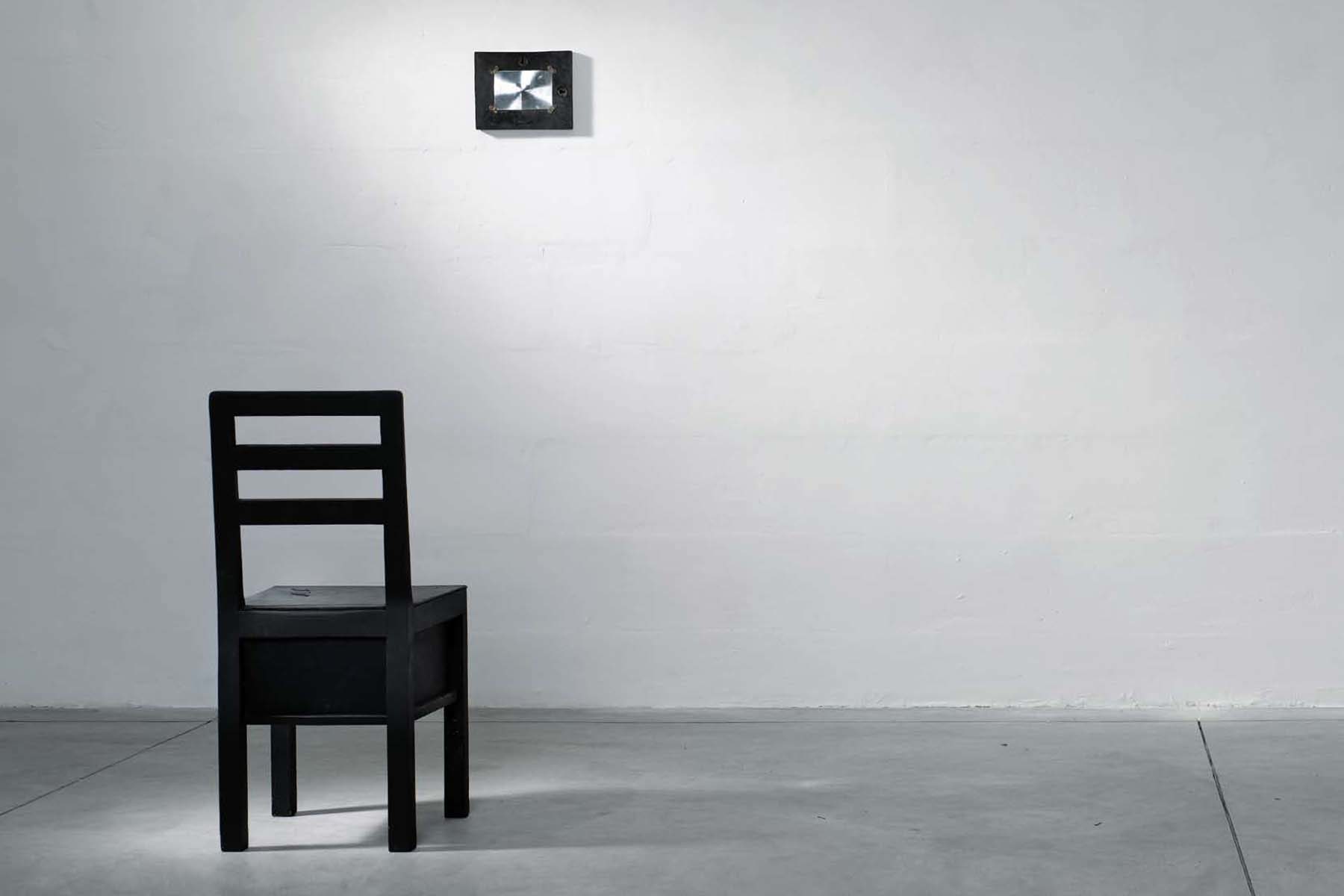 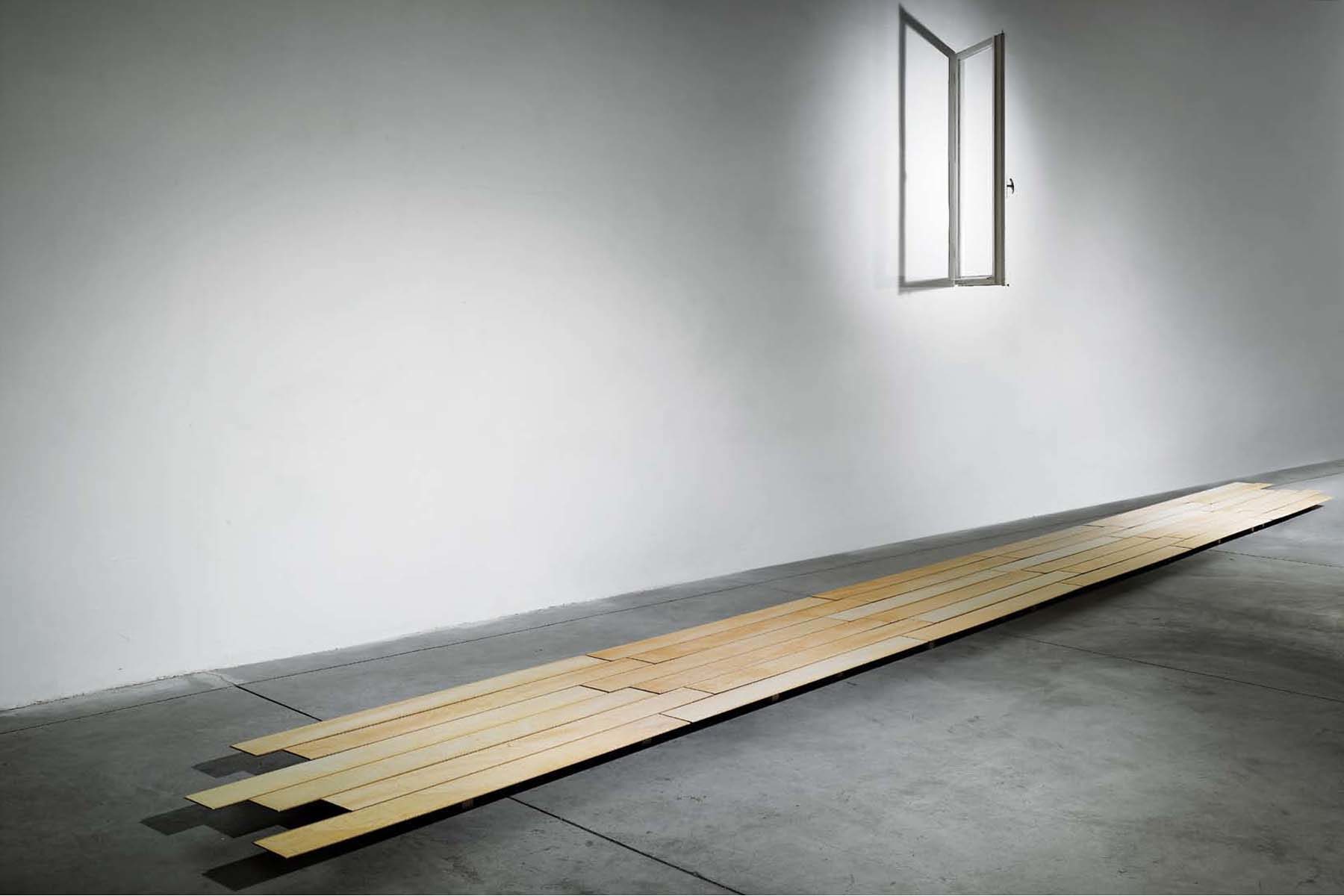 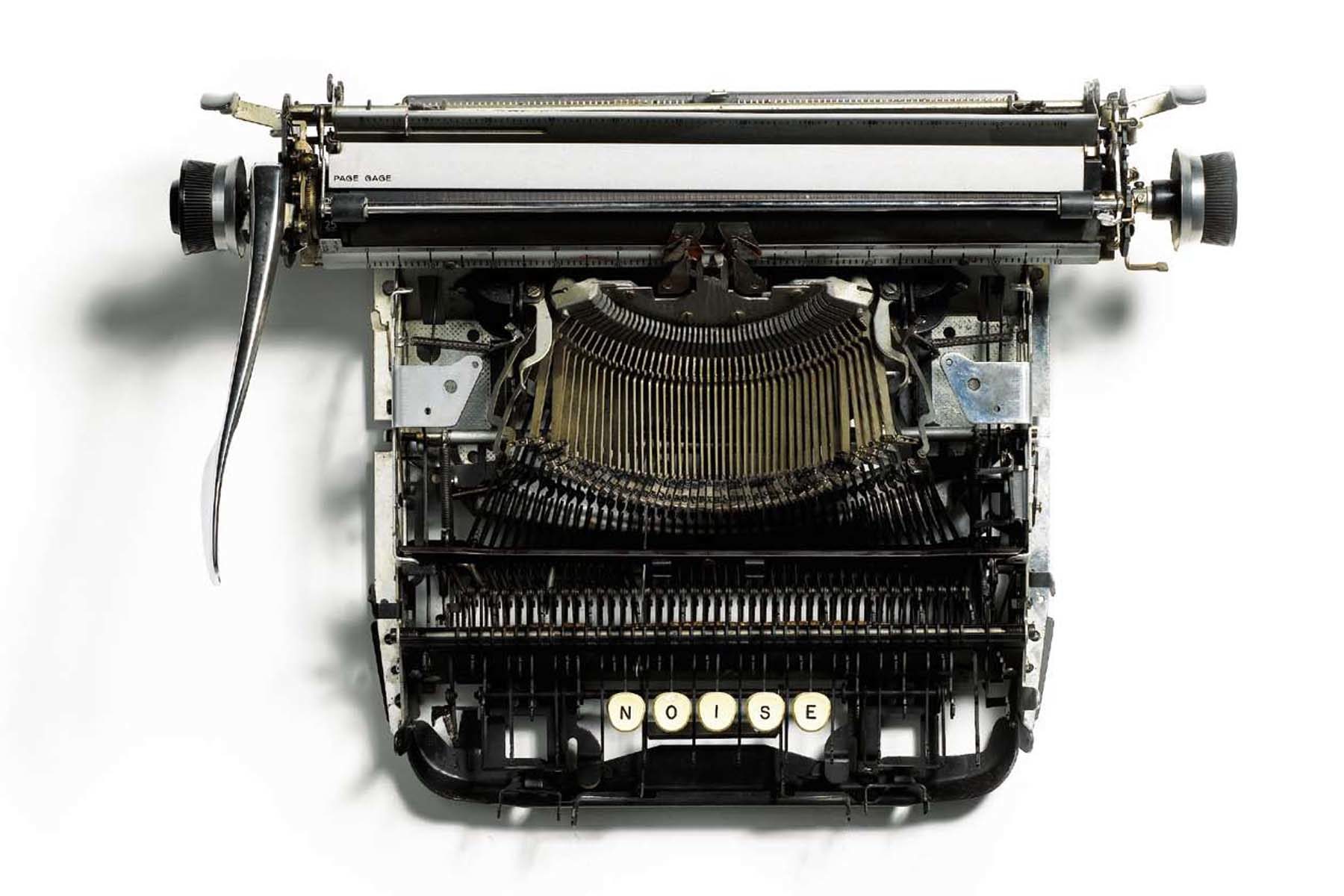 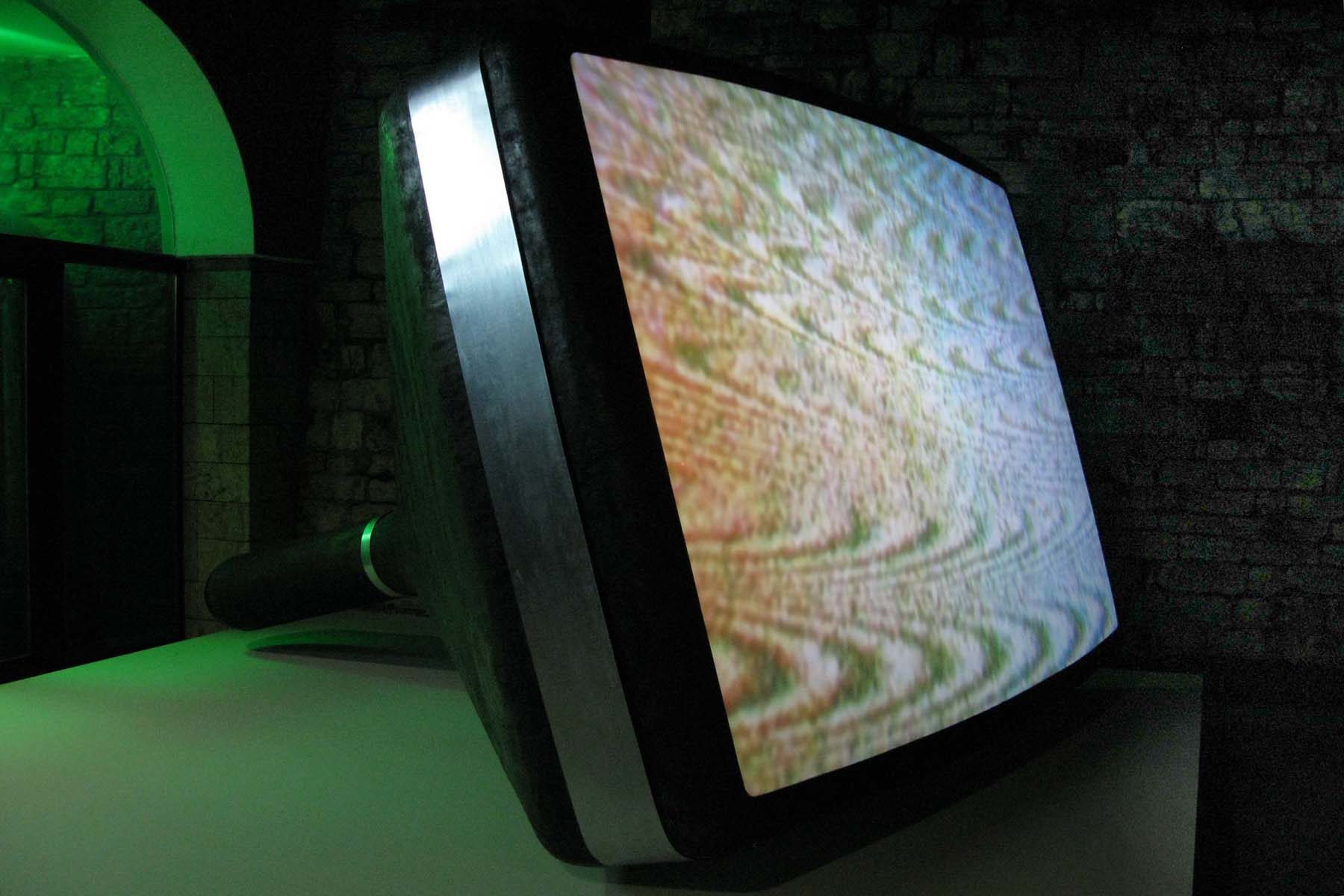 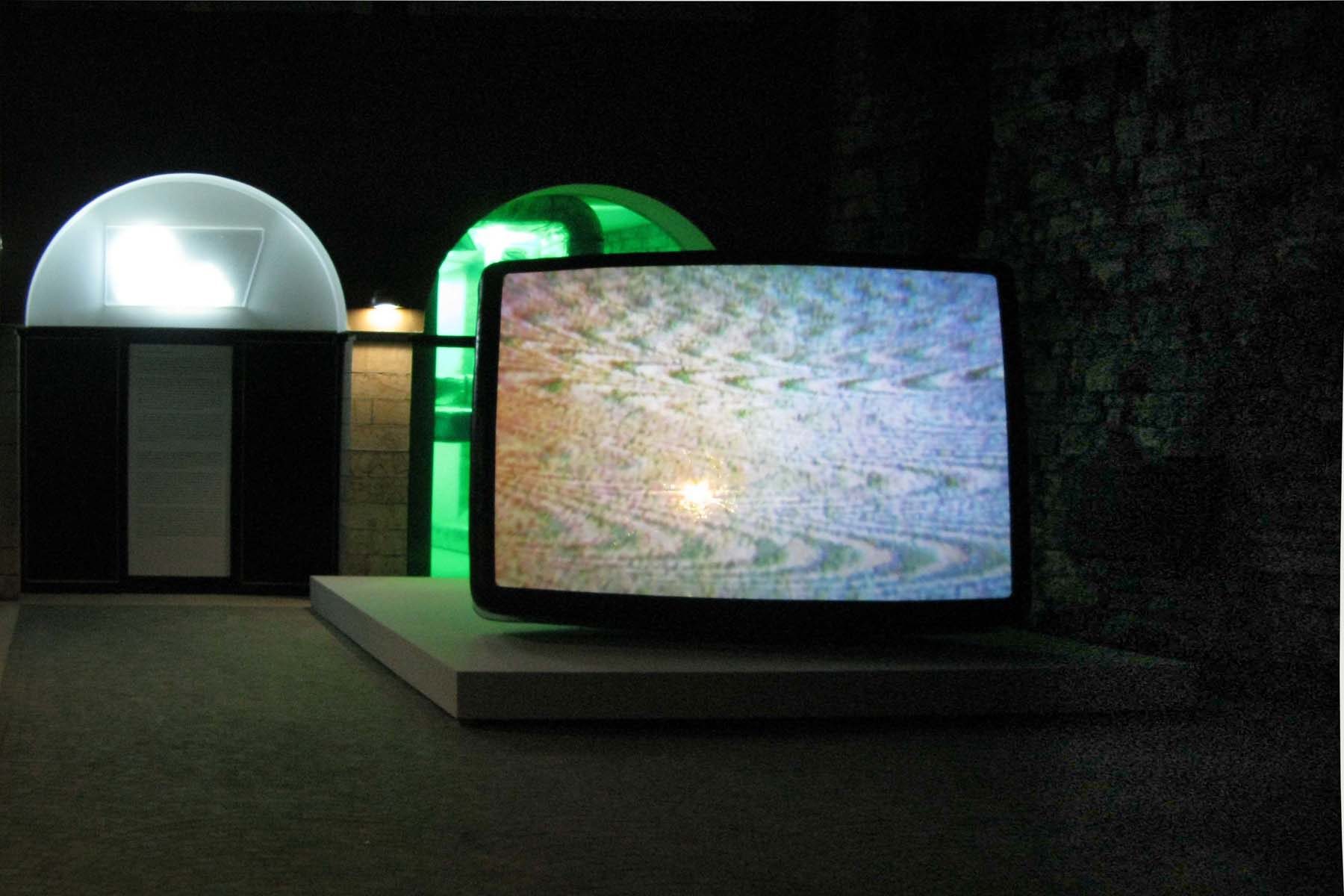 
A work of art, therefore, is a complete and closed form in its uniqueness as a balanced organic whole, while at the same time constituting an open product on account of its susceptibility to countless different interpretations which do not impinge on its unadulterable specificity. Hence, every reception of a work of art is both an interpretation and a performance of it, because in every reception the work takes on a fresh perspective for itself. [1]

A Forty years after its publication, the analysis carried out by Umberto Eco in The Open Work still appears crucial, as it emphasizes one of the most intriguing aspects of our being at once spectators and interpreters: the work (it is a matter of complete indifference whether it is of music, visual art or literature) is the result of a sum of stimuli on which our interpretations are based. Or, to borrow from the theories of mathematics, we could say that the work is the set of input values (the domain) of all those elements that find their home in the spectator (the codomain). The function –the rule that permits each element of the first set to correspond with one in the target set – is principally fruit of the labor of the language and the medium used. The inverse function – i.e. the one that allows us to go back to the original set, to the work itself – is instead the result of our interpretation. [2] Out of this continual movement that sees the spectator subject to the friction of being simultaneously receiver and sender comes the dynamism which opens and liberates the work, freeing it from enslavement to hermeneutics, technicalities and overly erudite disquisitions (which can too easily get bogged down in the aporias of thought or in unbounded onanistic intellectualization [3]).

Thus one of the main differences between works that are open and those that are not lies in the possibility or impossibility of creating a dialogic relationship with the consumer: the more a work is open the more it lends itself to being not so much manipulated as receptive to the impressions, wonder, disgust or appreciation of the person looking at it. Which obviously does not mean that all interpretations are correct or have the same value. Rather it indicates the fact that the spectator feels himself to be playing an active part and able to hold a conversation, even if at times it is with an interlocutor who is alienating, embarrassing or unexpectedly substantial. In this sense the multiplicity of levels of interpretation plays a fundamental role as it permits the viewer to take the liberties that suit him, that he is personally capable of measuring.

This is the key to many of the works of Jacopo Mazzonelli, an artist who has pursued a line of research that at the same time investigates the broad territory on the frontier between visual art and music. His approach is not that of sound art in the common sense of the term – used to refer to that «kind of sound work with the aim of non-time-based plastic arts, rather than the aims of music» [4] – but more methodological, constructive in its derivation and influenced by planning. The audible aspect of sound that sometimes accompanies his works stems in fact from a musical connective tissue, a sort of breeding ground (the artist has a solid background in piano studies at the conservatoire), but it is rare for one of his works to have sound as its subject, even in its plastic or kinetic potentialities: what is important for him is in fact to place the spectator in an active condition in which he can set the senses going or bring an expectation to bear.

Let us take for example Camera Inversa / Reverse Room, an installation made up of a mirror (whose reflective surface vaguely recalls Alviani’s steel disks) that appears alternatively concave or convex and a chair on whose seat moves a spring that seems to have been placed there by chance. If the sight of the mirror puts the viewer in an exploratory state, looking for what lies behind it, only afterward does he manage to pay attention to the intermittent noise coming from the chair. That is to say a sense of astonishment is prepared at the right moment with devices that feed expectation, a dynamic frequently found in music (or in the theater): it is an updated form of the doctrine of the affections, the Affektenlehre developed by German musical theorists in the baroque period which regarded music as an organized set of sounds animated by intentions and moods. [5] The affections, or – in more modern language – emotional states, are produced according to an intentionality that the spectator, placing his trust in the artist, grasps only in an unconscious form. Thus Mazzonelli on the one hand demonstrates that he knows his public and on the other shows how to take it by the hand, gauging the effects of his own action, in essentially the same way as a musician who performs in public.

Respiro / Breath (a sheet of paper hung on the wall from which its projected image suddenly “falls,” as if it had come unpinned) brings into question, in a play of allusions, the concept of two- and three-dimensionality by comparing the sculptural potentialities of a flat surface, such as a sheet of paper, with the generally absent ones of a video projection. Thus the intersection between the medium of paper and the video becomes essentially a work on the borderline, in which the object and its projected representation coexist, at least until the latter slips off. So the event of the “fall” (which in some ways recalls Pirandello’s tear in the paper ceiling of the puppet theater [6]), carefully constructed by making the viewer wait, is what dissolves the tension after a climax built up in the absence of action. That metaphysical vacuum and the subsequent occurrence have an exact equivalent in the field of music in the procedure, typical of Beethoven,[7] of making a pianissimo follow a long and intense crescendo. And in the same way the installation Organico (Organic, created by taking a piano to pieces and revealing the dynamic potentialities of the instrument after being struck vigorously with a hammer), after the resounding start with the anxiety-inducing element of the repeated noise, has a measured evolution that allows the tangle of threads launched at the unwitting spectator to be sorted out.

Works like Mensa (a record player whose arm has a fork mounted on it, producing a noise akin to the clashing of tableware) or Listening (created out of the union of two stethoscopes) spring instead from the need to invest objects with new meanings, i.e. to give them a form and a use distant from the original ones, to introduce them to a new life. In other words Mazzonelli produces a variation or an improvisation on the given theme, by taking to different places – with different aims – samples of reality collected at whim. In this he seems to be giving voice to the need to always have the possibility of a different interpretation, one that is free and remote from the parameters considered standard and acceptable by common sense. (I Play) Lonely Everyday can also be seen as the application of musical methodologies, in particular in the layering of several voices – polyphony – in which different layouts are brought into relation, finding meaning and justification in the interweaving of their own line with other elements. The installation is created out of parquet blocks assembled to make a floor; underneath it are set loudspeakers from which the sharp noise of the bounce of a tennis ball can be heard, alternatively from the right and left. The floor is divided by a window, fixed on the wall, which provides a sense of scale and acts a bit like an anomalous element that disrupts vision. The observer sees, listens, and is involuntarily driven to move along the line traced by the parquet in order to perceive the spatiality of the sound, but also to inadvertently interact with the stratifications with which he is faced; and at that point, all that he can do is identify himself existentially – shunning complications of interpretation – with the person (the artist) who, every day, plays by himself. The frame of mind, at times, is simply a question of shifts in position.


[1] U. Eco, Opera Aperta [1962]. English ed., The Open Work, trans. by A. Cancogni. Cambridge (MA): Harvard University Press, 1989, p. 4.
[2] To keep things simple the example does not take into account the fact that each element of the domain must have only one correspondence in the target set.
[3] This is a tendency, although I am expressing a wholly personal opinion, common to many critics and insiders, with the result that interpretation sometimes assumes a role that is excessively more important than the work. Rancière’s ironic interpretation of the question is interesting: “I am aware that of all this it might be said: words, yet more words, and nothing but words. I shall not take it as an insult. We have heard so many orators passing off their words as more than words […]; we see so many installations and spectacles transformed into religious mysteries that it is not necessarily scandalous to hear it said that words are merely words” (J. Rancière, The Emancipated Spectator. London: Verso, 2009, pp. 22-3).
[4] A. Licht, Sound Art. Beyond Music, Between Categories. New York: Rizzoli International, 2007, p. 14.
[5] «The doctrine of the affections, also known as the doctrine of affects, or by the German term Affektenlehre (after the German Affekt; plural Affekten) was a theory in musical aesthetics popular in the Baroque era (1600-1750). It derived from ancient theories of rhetoric, and was widely accepted by late-Baroque theorists and composers. The essential idea is that just one unified and ‘rationalized’ Affekt should be aimed at by any single piece or movement of music, and that to attempt more was to risk confusion and disorder. According to the “doctrine of the affections” there are three pairs of opposing emotions that make six affects all together: love/hate, joy/sorrow, wonder/desire», Wikipedia, Doctrine of the affections, consulted in March 2012.
[6] L. Pirandello, Il fu Mattia Pascal [1904]. English ed., The Late Mattia Pascal, trans. by W. Weaver, chap. XII. Garden City (NY): Doubleday, 1964.
[7] See D. Huron, Crescendo/Diminuendo. Asymmetries in Beethoven’s Piano Sonatas, in Music Perception Journal, vol. 7. Berkeley: University of California Press, 1990.