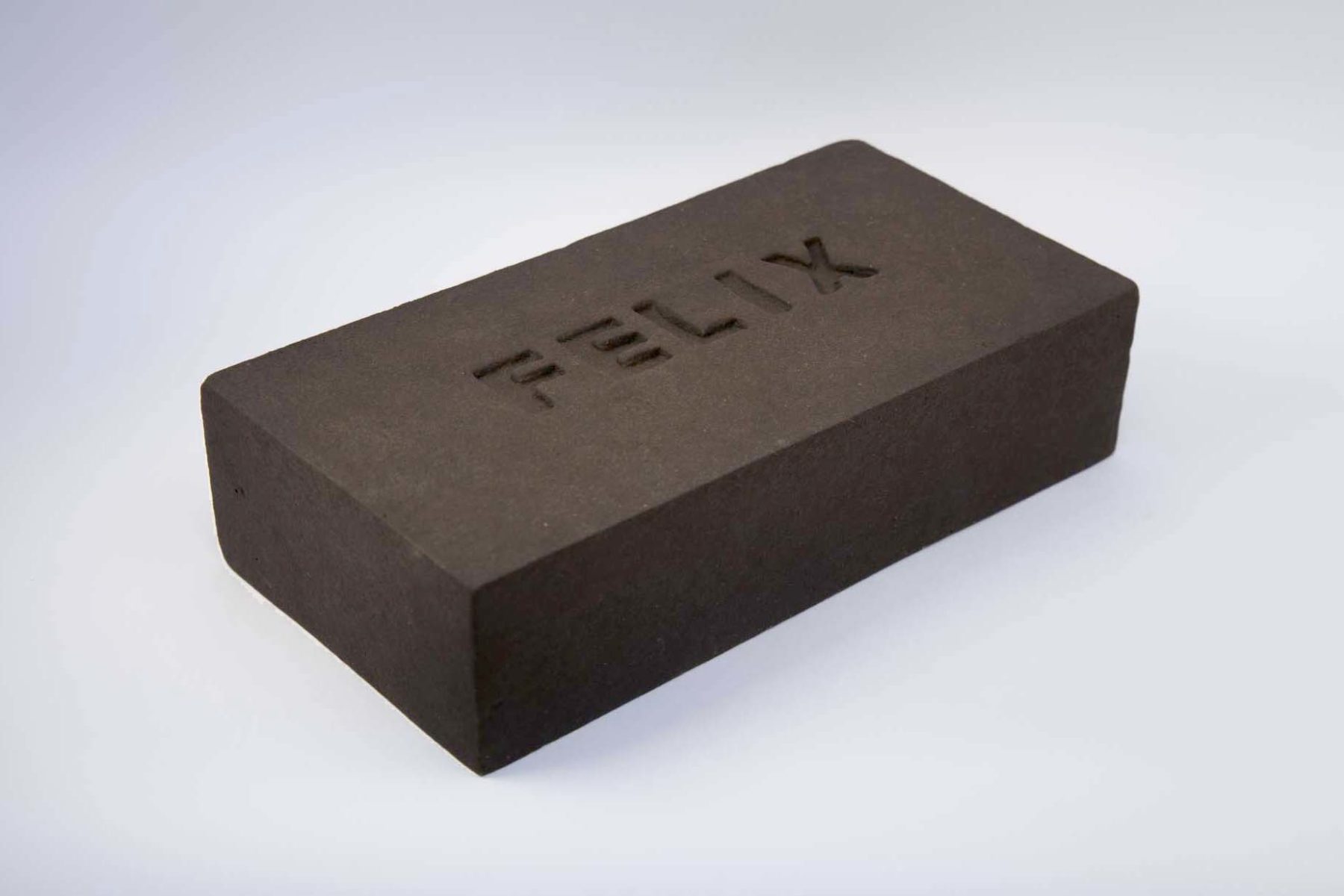 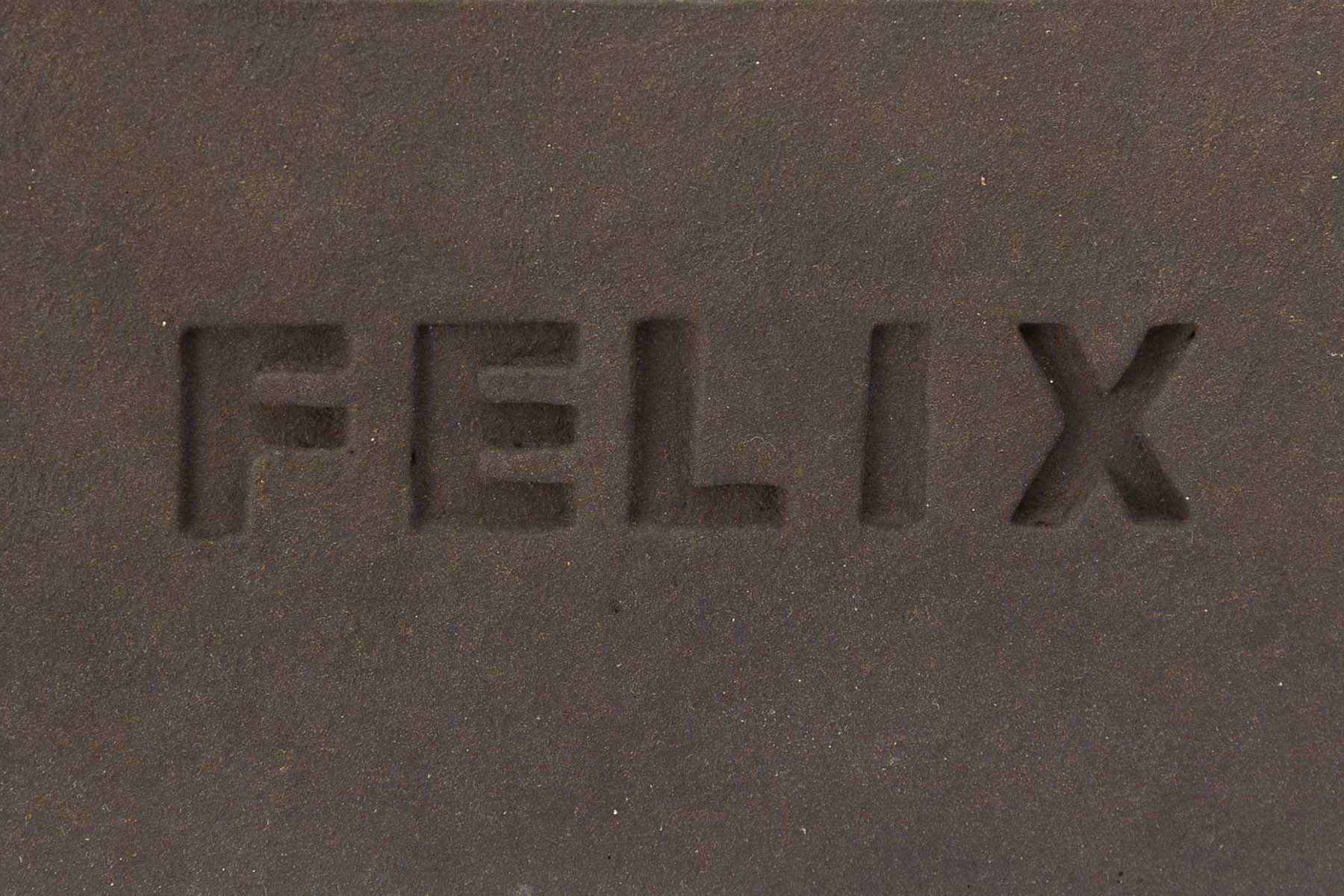 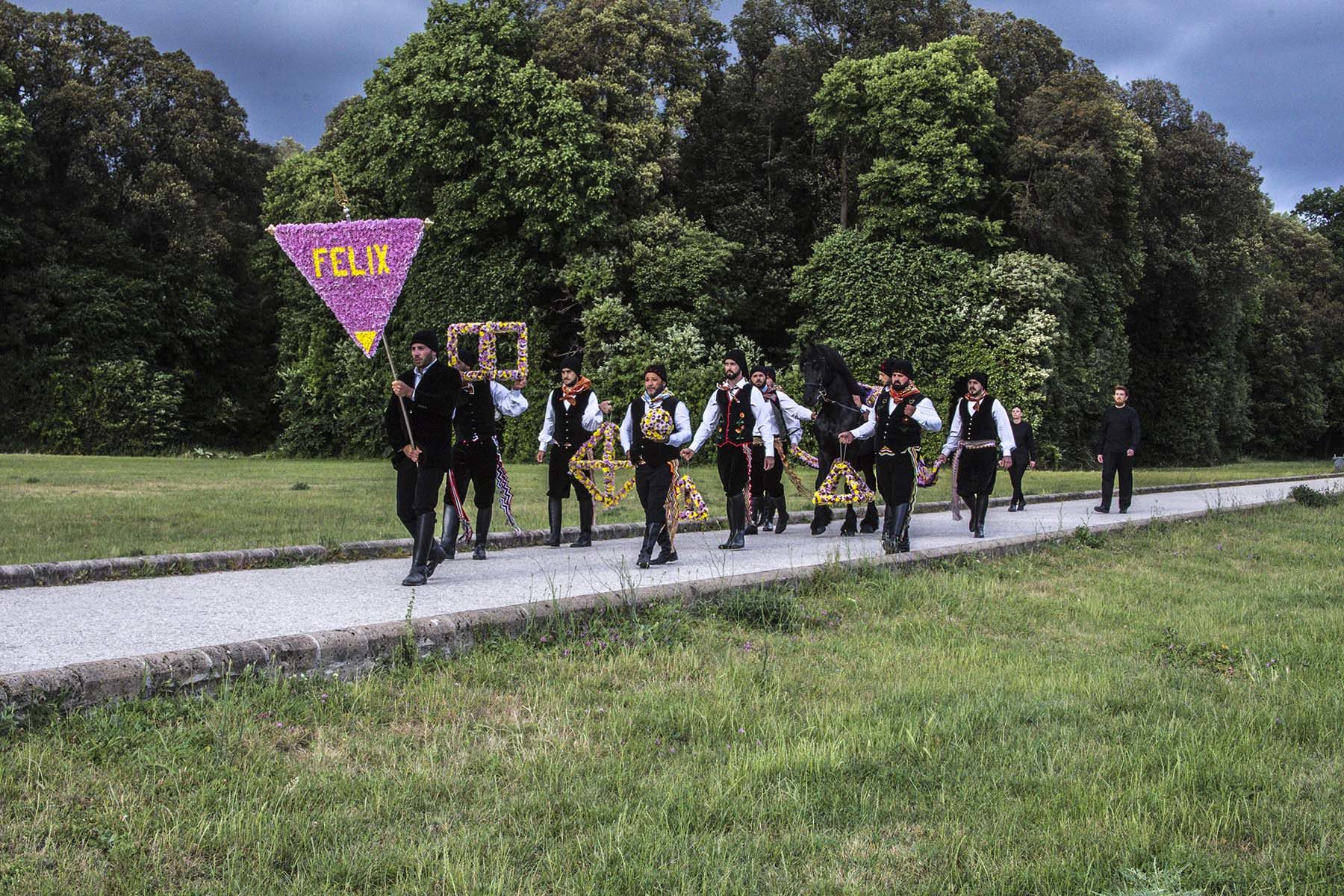 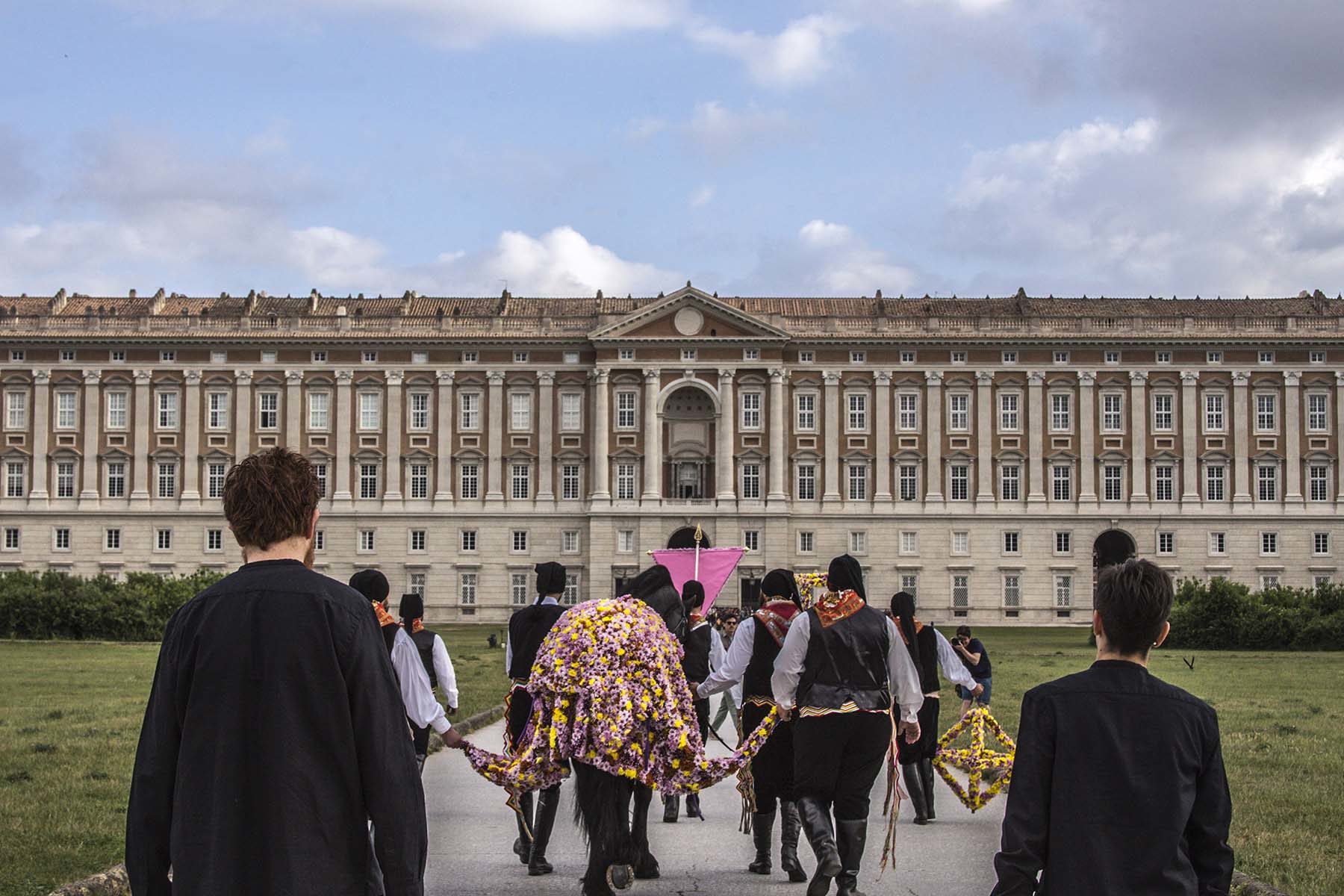 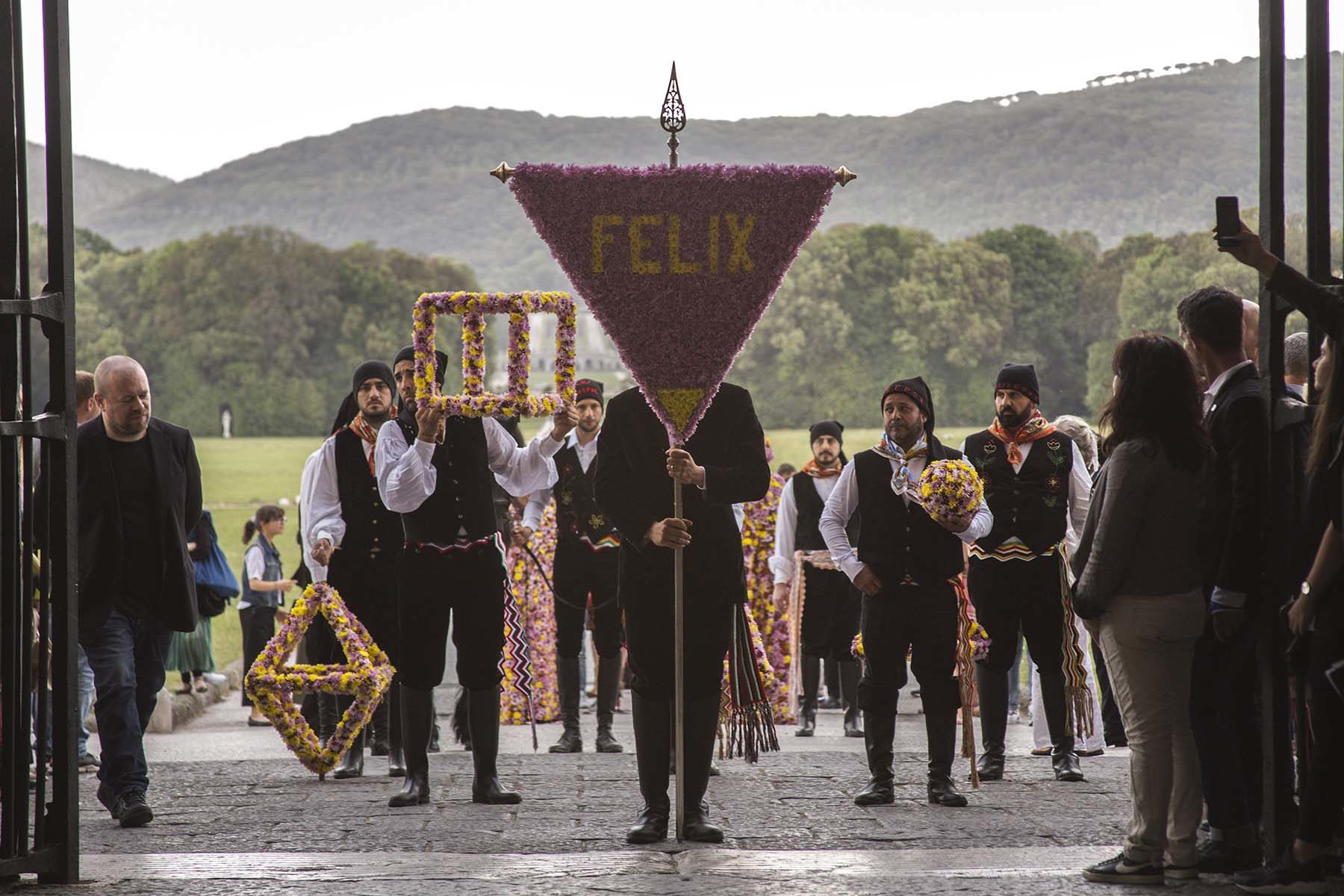 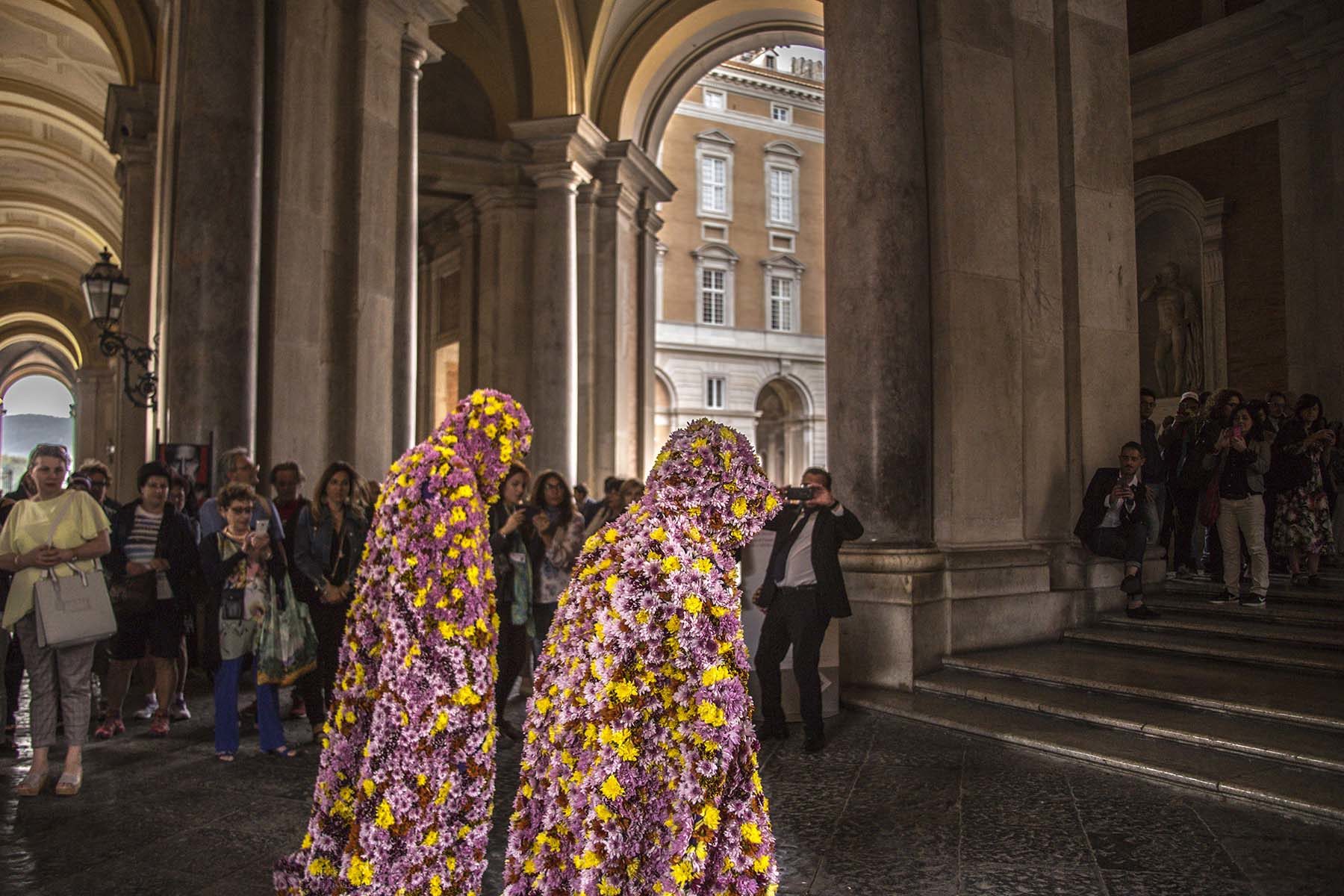 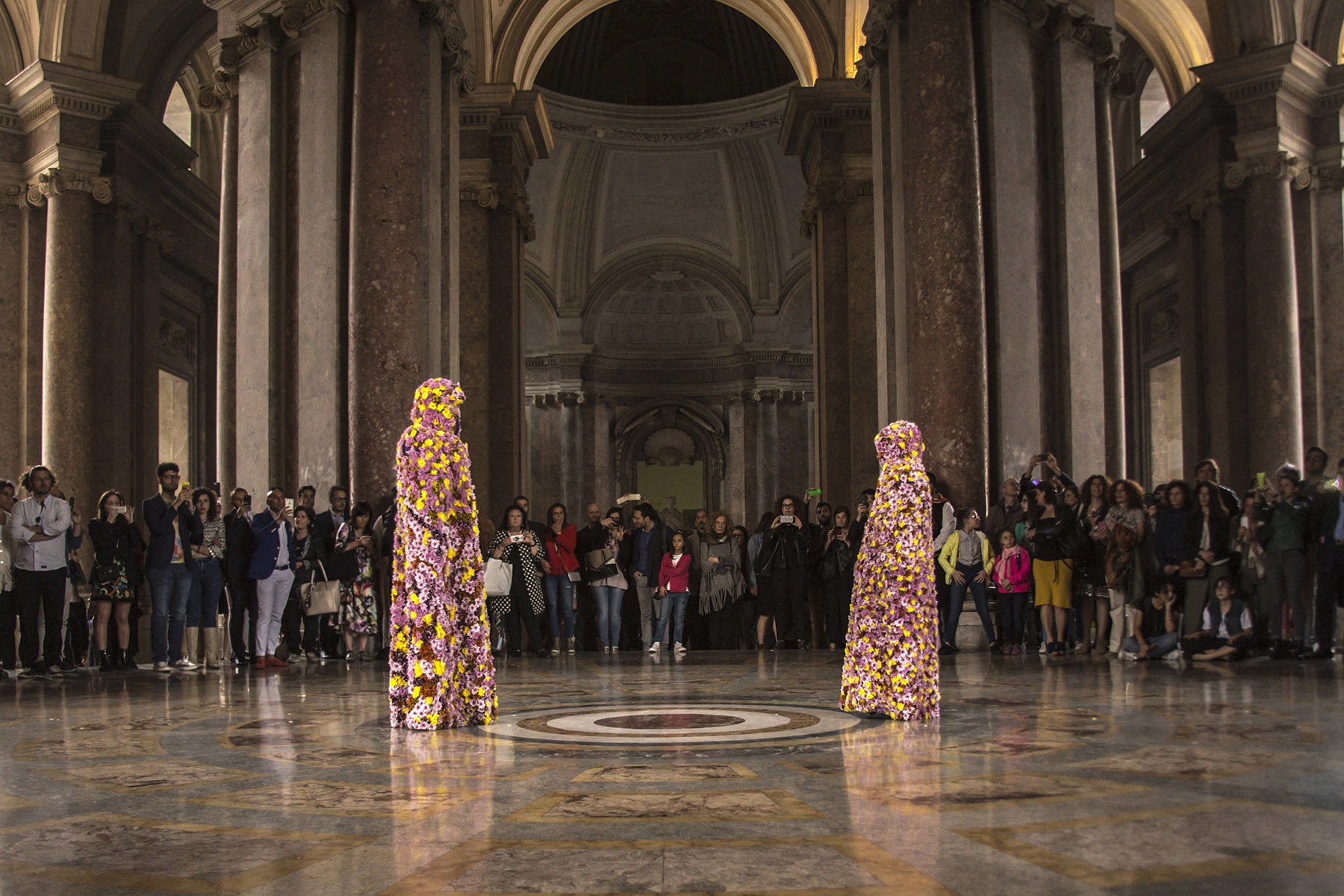 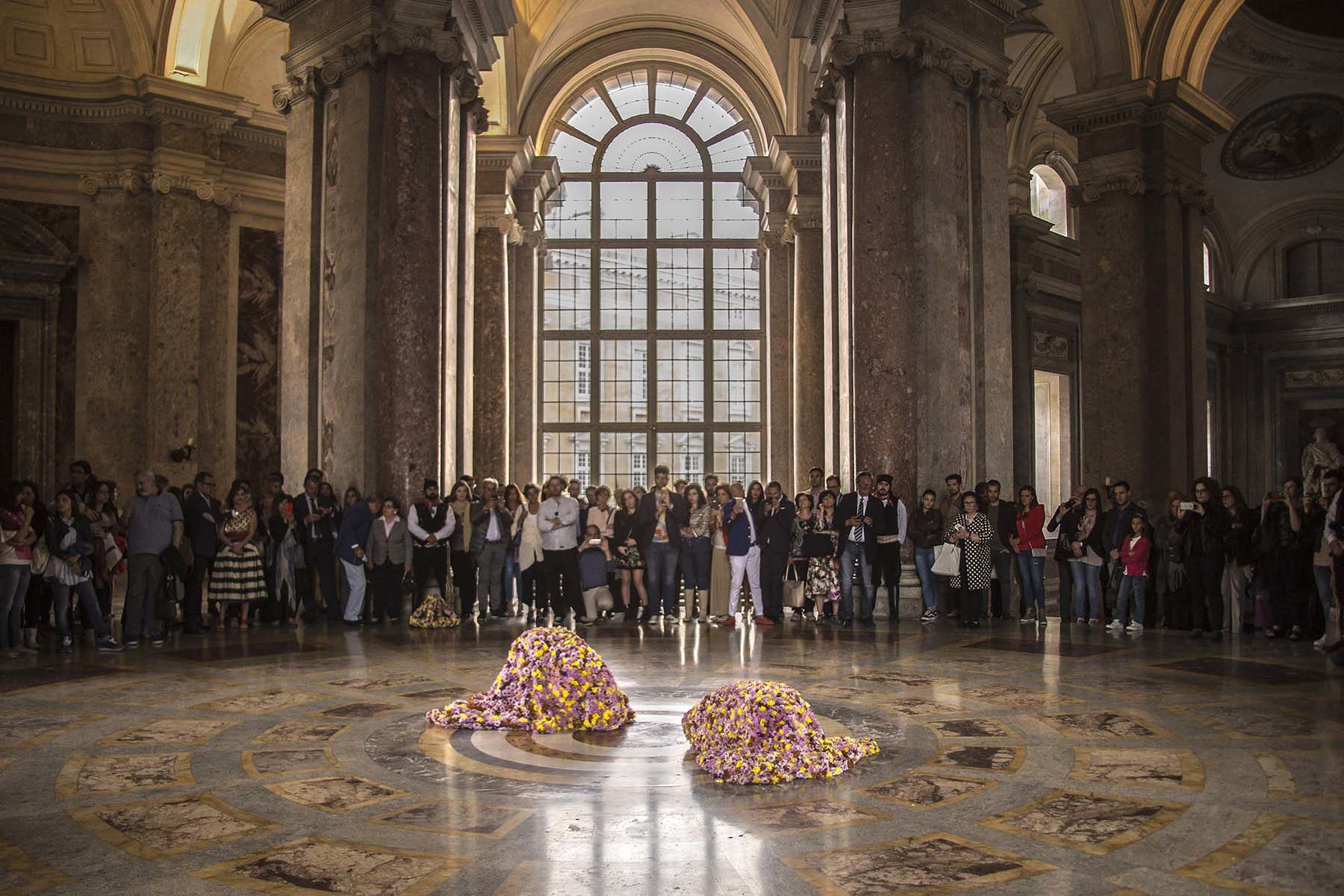 
The project La terra dei fiori (Land of Fire) by Sasha Vinci and Maria Grazia Galesi creates a counter-mythology about the places in Campania that have been at the centre of the news in recent years for dramatic criminal and environmental issues. These are places where the management of the territory has been entirely taken over by organized crime. The state has utterly abdicated control, and the citizens have agreed to turn a blind eye, to not seeing or knowing, willing prisoners of an indifference no one seems to have been impervious to. Being citizens means taking sides, and not hiding one’s head in the sand: as Gramsci warned a century ago in a scathing moral admonition: “I hate the indifferent. Those who really live cannot help being a citizen and a partisan. Indifference and apathy are parasitism, perversion, not life. […] I also hate the indifferent because of that: because their whimpering of eternally innocent ones annoys me. I make each one liable: how they have tackled the task that life has given and gives them every day, what have they done, and especially, what they have not done” [1].
The terra dei fuochi is riddled with toxic waste, it is poisoned, sickening, defeated by the tragic events that have befallen it. It is a labyrinth as twisted as a Greek tragedy, in which the gods punish men for their arrogance, the conceit of the hubris of those who did not respect the necessary order.
Vinci/Galesi suggest a way out to this impasse, a visual and moral one, through a territorial counter-narrative, starting from the flowers that are cultivated in Campania. They set the luxuriant blooming of nature against degradation, identifying it as an element of wonder, as the expression of the citizens’ will to find redemption. Campania, la terra dei fuochi, Land of Fire, can be a terra dei fiori, a Land of Flowers, a place for gerberas, chrysanthemums to grow.
The will to change the state of things must be ours, ours the momentum to overcome the current situation. Art which intends to change the world, should suggest a feasible road to salvation. Perhaps honesty, beauty and dignity can flourish even from the greatest neglect. But only if we feel that the solution available is feasible.

In western visual culture the flower is inextricably linked to beauty, purity, to fleeting elements and a transitory nature. Since the iconography of the annunciation has become formalised, every archangel is depicted bringing a lily to the Madonna. Like the wings, the lily is a not only an identifying attribute of Gabriel, but also a sign of good luck and a symbol referring to the purity of the virgin Mary. Particularly since the 15th century, the gardens depicted near sacred or mythological scenes also appear to be full of flowers, with even greater botanic wealth, making clear references to beauty, the cycle of the seasons and rebirth.
Cut flowers are also one of the distinctive elements of still-lives, a genre that started from the end of the 16th century and became one of the most frequent subjects of Flemish painting in the golden ages. They are at once the allegory of beauty and of the fleetingness of the world, but also a testing ground for the painter’s imagination and virtuoso abilities. This is decoration and at the same time admonishment, a secular and a realistic one, the result of a society that was becoming more and more secular and did not want to commission only religious and mythological scenes from its artists, but also works that could talk about and describe the contemporary world.
In the twentieth century, with the avant-gardes that tore apart every iconographic topos and every form of socio-cultural rigidity, the flower, after having been a very clichéd painterly subject in bourgeois interiors, utterly loses its characteristics to become the metaphor of something else, in particular of women, eros, or, with a greater psychological complexity, of the deceit hidden by the seductiveness of appearance. In the second part of the 1960s there was a true revolution with the student movements and Hippie counterculture. Allen Ginsberg theorized in an article that “Masses of flowers — a visual spectacle — especially concentrated in the front lines, can be used to set up barricades” [2]. This is how flower power was born, the idea of responding with a flower to the force and violence of authority, mocking the police and the army with the smallest gesture of protest: a flower offered to the lines of soldiers, inserting it into the barrel of their guns. From that moment on, the flower became something different, the tool for peaceful struggle, the emblem of a season of non -iolence through which to protest against both the war in Vietnam and the kind of politics that considers arms as the only tool for resolving the conflicts between states.

The La terra dei fiori project displays and discusses the expressive possibilities of the flower, a symbol of regeneration and spirituality, but most of all it makes it into a political tool, that art can use in a symbolic war. There are no manifestly ideological issues in it, but rather conceptual and botanical reason: it shares the land with the polluted areas, but it produces beauty, and delicately suggests the possibility of changing the status quo.
Vinci/Galesi offer transitory visions, as fleeting as the beauty of a flower, a wonder destined for swift dissolution. In these work the floral element transforms, animates and conceals. It is a natural presence holding many meanings rooted in the most ancient mythologies. They are also the metaphor of the fragility of the contemporary world, an image of joy and mourning. Of eros animating earthly love, and peace releasing the celestial one.
La terra dei fiori is a series made of large format photographs, a magenta-coloured neon as a dry reminder of the title of the project, bricks made with soil from the Land of Fire, as well as drawings and documentation. These works all tell of the route taken by Vinci/Galesi using the flower to investigate the individual identities as well as the forgotten places marked by abandonment, neglect, and civil degradation.
The land of flowers suggests, in a symbolic way, the mimetic and metaphorical potential of the flower, which the artists take to the furthest possible degree. The simple beauty of the gerberas and chrysanthemums embodies the reaction to the disintegration of a territory controlled by organized crime, and to the pollution caused by waste. It is the metaphor of the possible overturning of this forceful imprisonment, it is the dream of rebellion to a situation to which rationally no viable solution can be found.
The two artists stand completely wrapped in a colourful, flowery drape, hiding any somatic traits in symbolically laden contexts. They appear like a spirit disseminating colour and a future in the greyness and neglect of the present. The drape the artists are wrapped in is hand made by stitching thousands and thousands of flowers onto ethereal fabrics, in observance with a tradition of a religious celebration of Saint Joseph in Scicli, a village in Sicily. The scenario is the poetic one of a beach with the sea and the land competing for supremacy, but most of all it is the shore where scores of desperate people have travelled to from the other side of the Mediterranean, fleeing the war, a place where the bodies of many without any hope were washed up.
The beauty of the places captured in the photographs of some of the most recent projects, is a contrast that makes the limits of the human condition even more jarring.


[1] A. Gramsci, Indifferenti, in La città futura, Turin, February 1917.
[2] A. Ginsberg, Demonstration Or Spectacle As Example, As Communication Or How To Make a March/Spectacle, in Berkeley Barb, 19 November 1965.