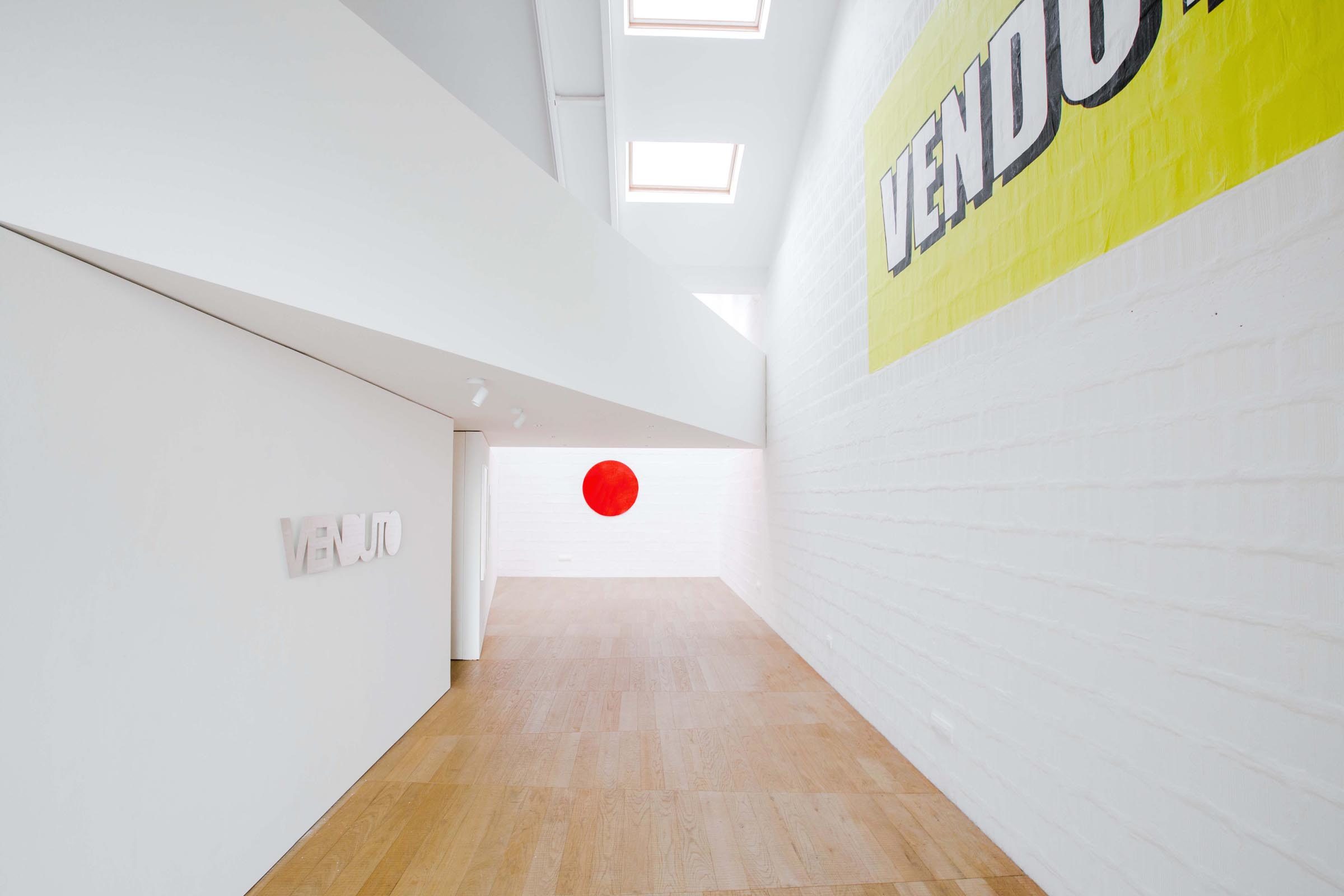 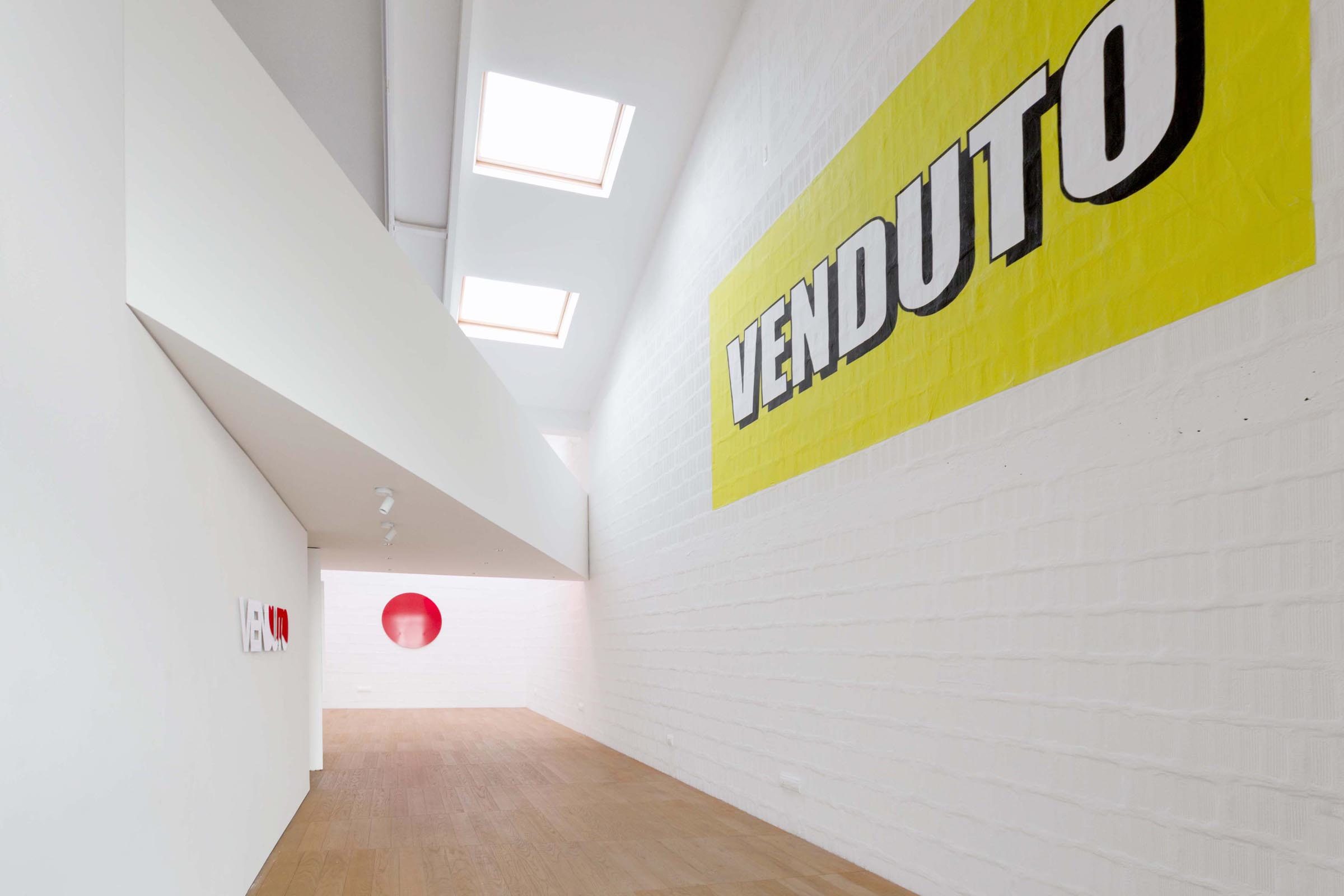 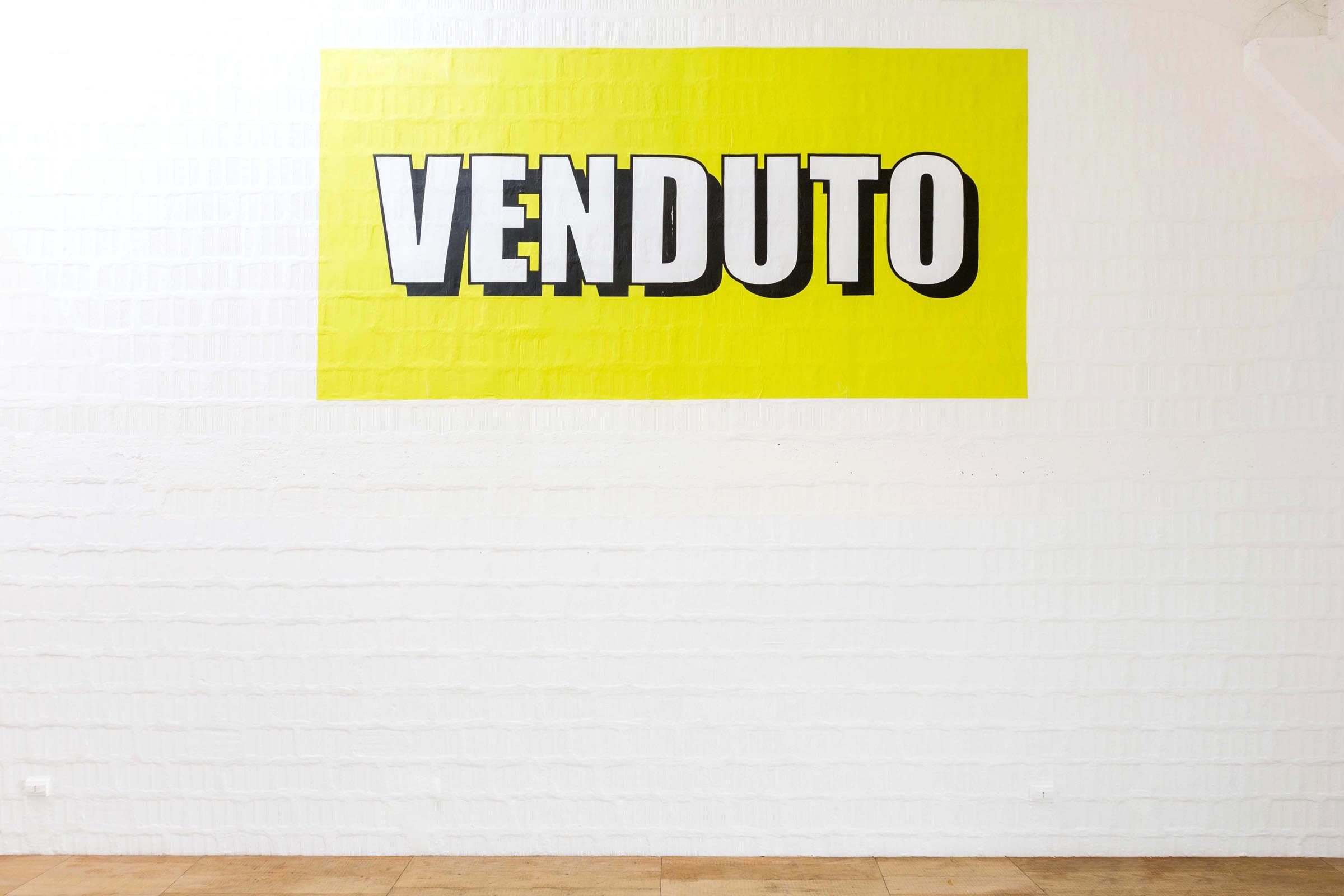 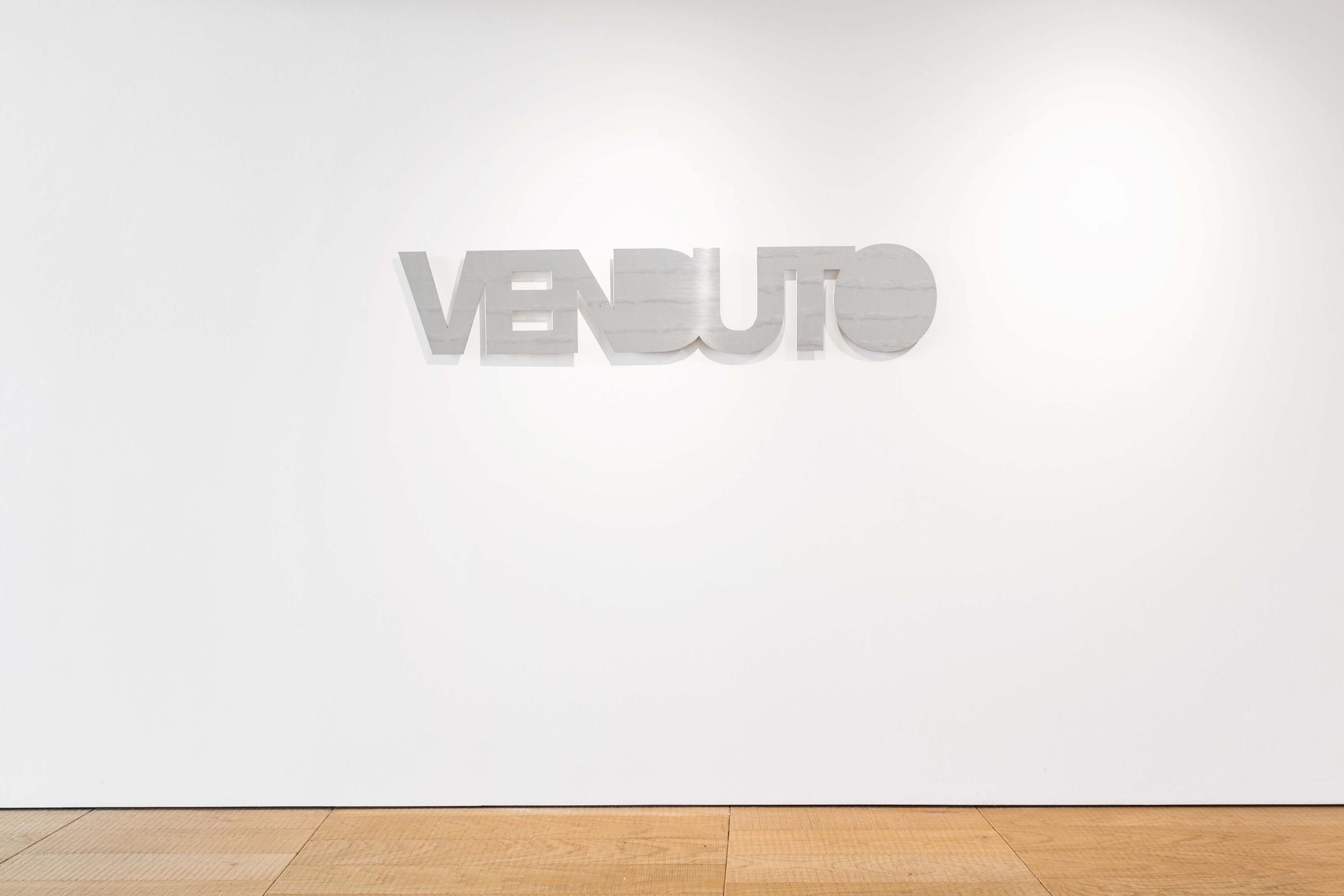 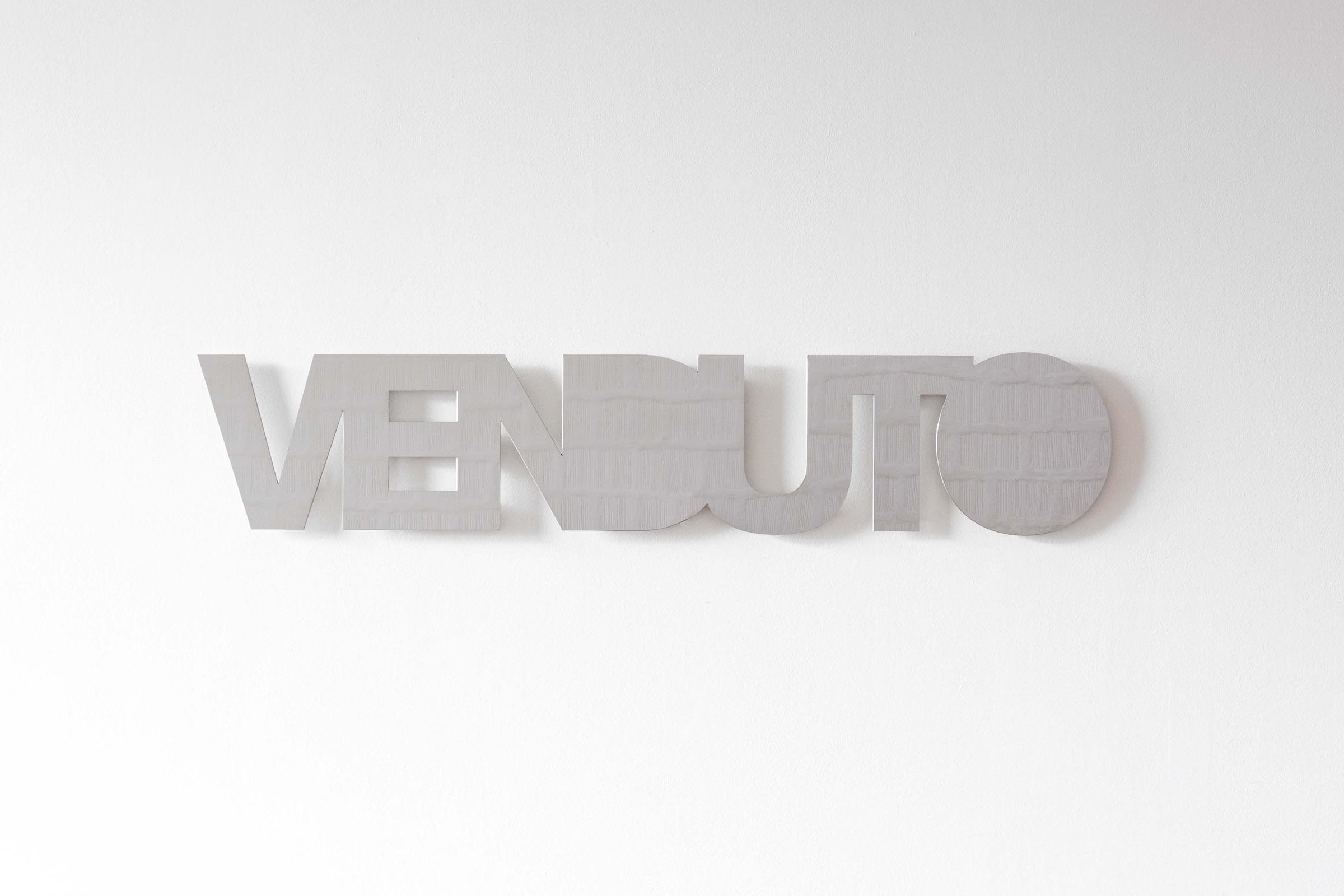 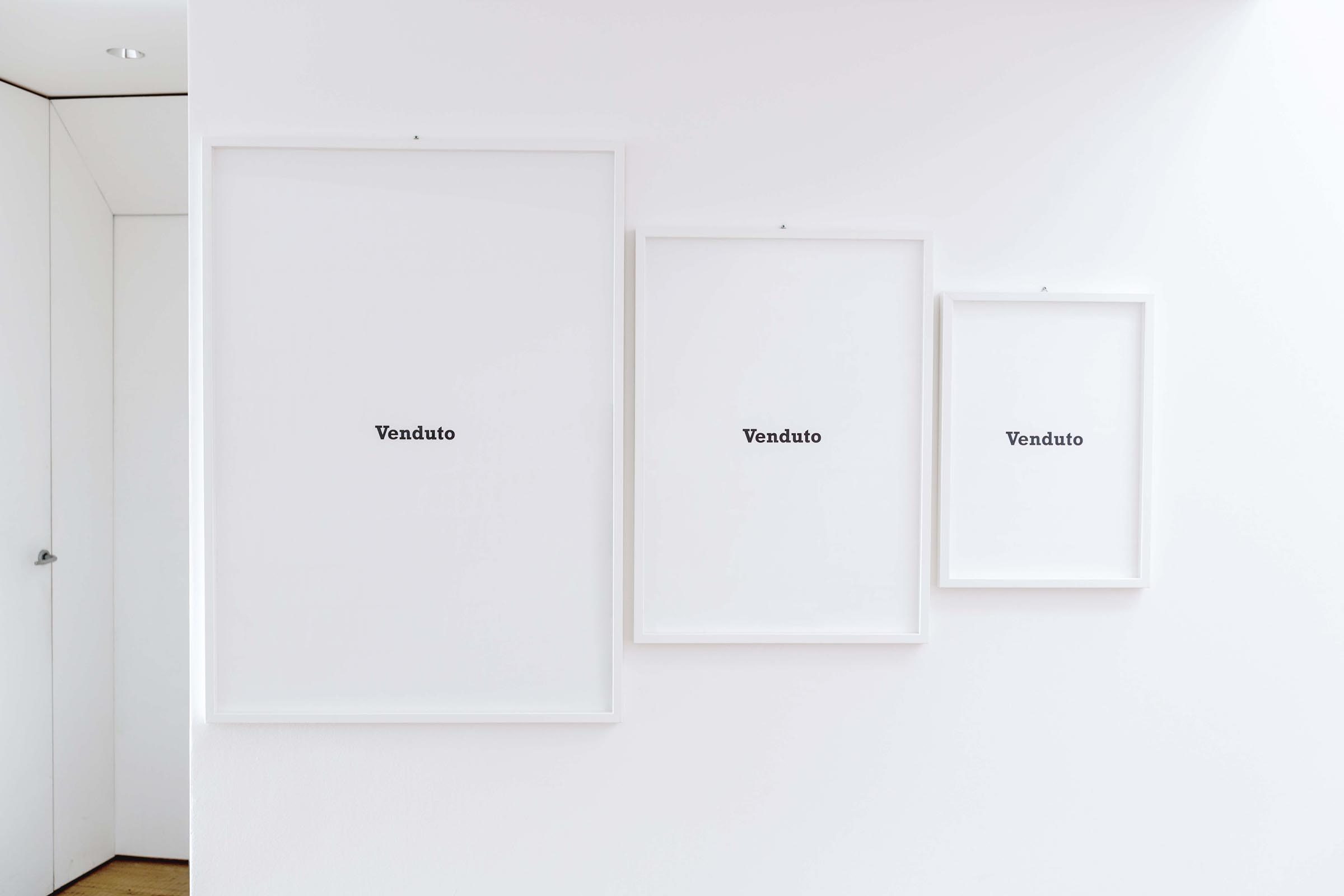 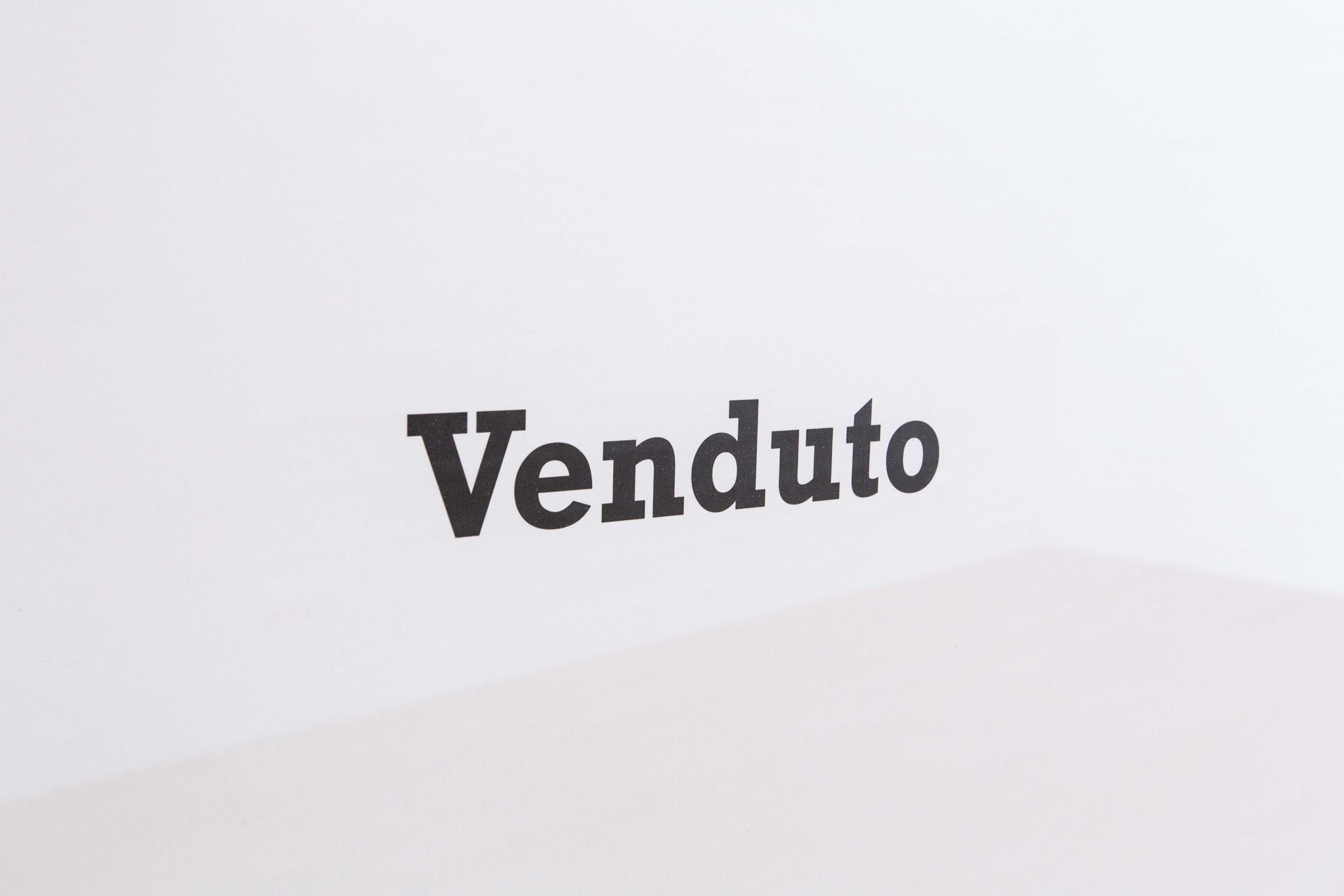 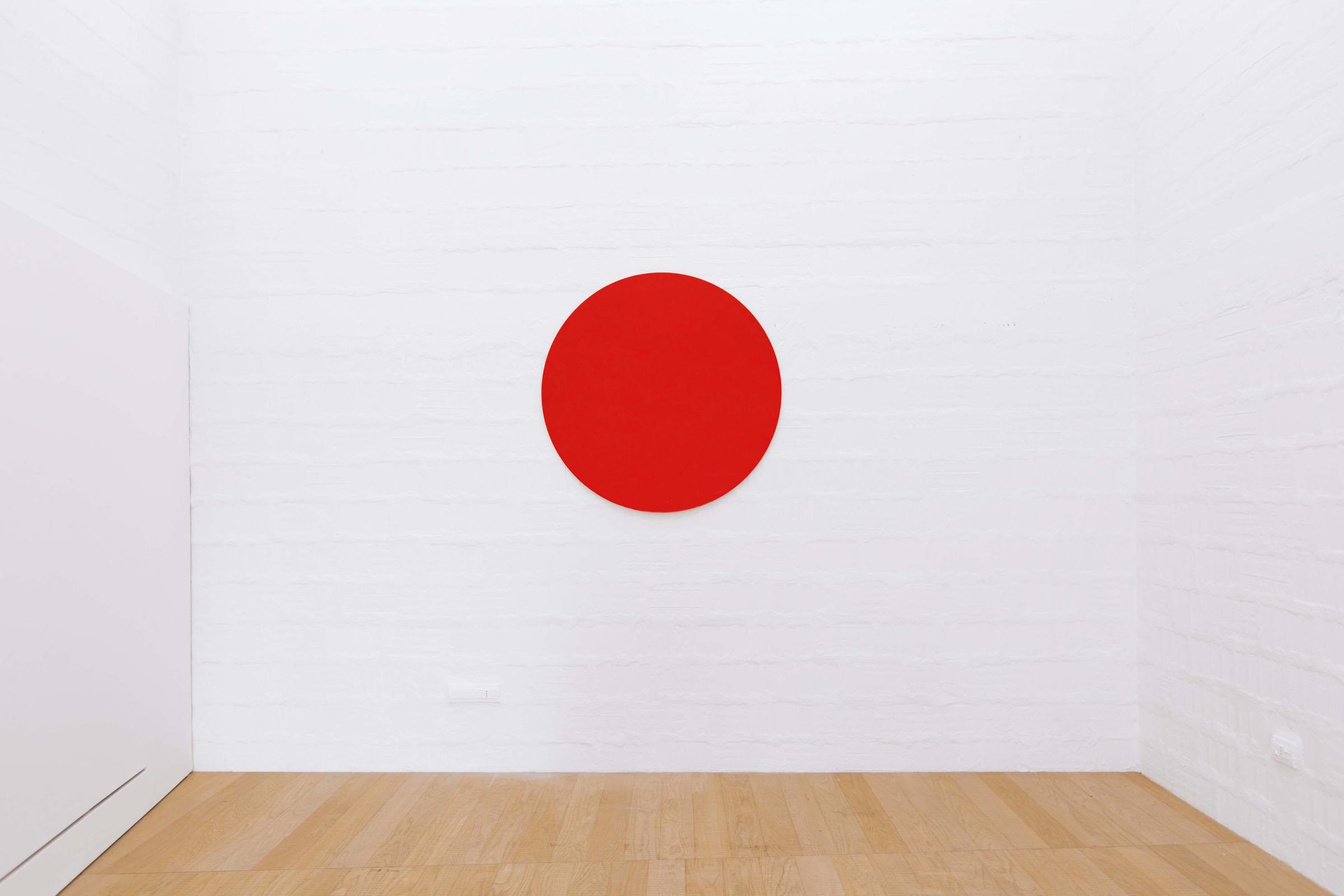 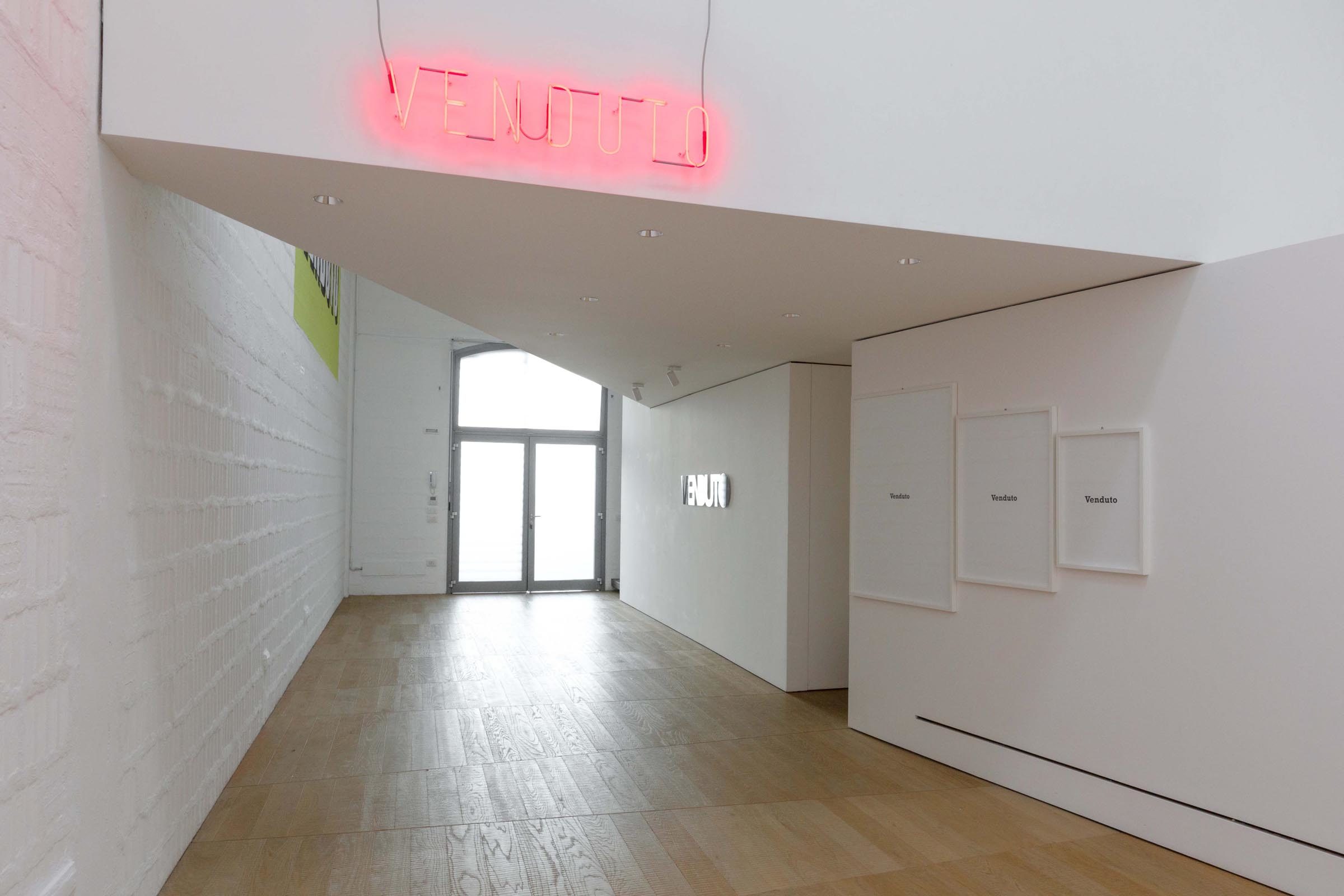 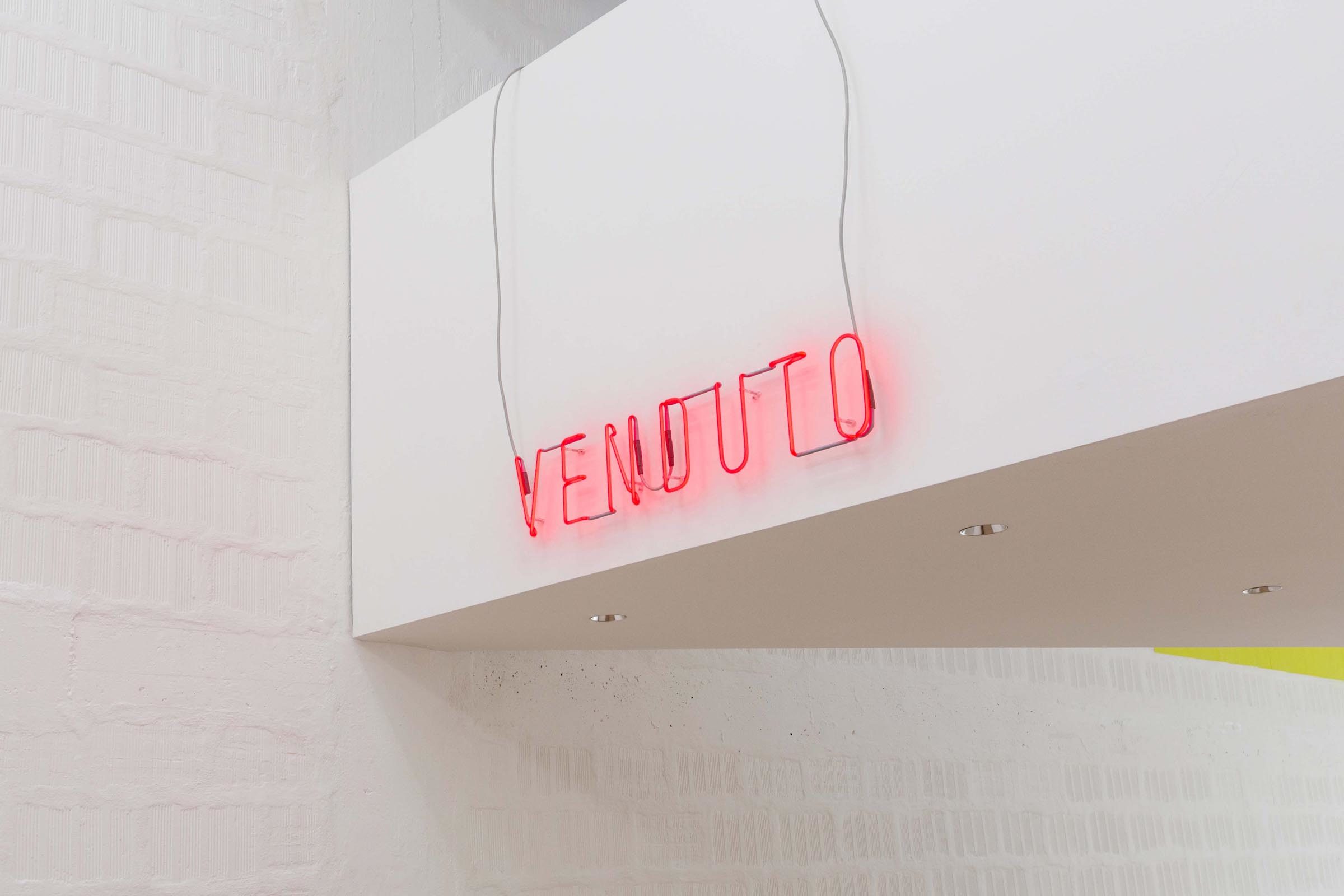 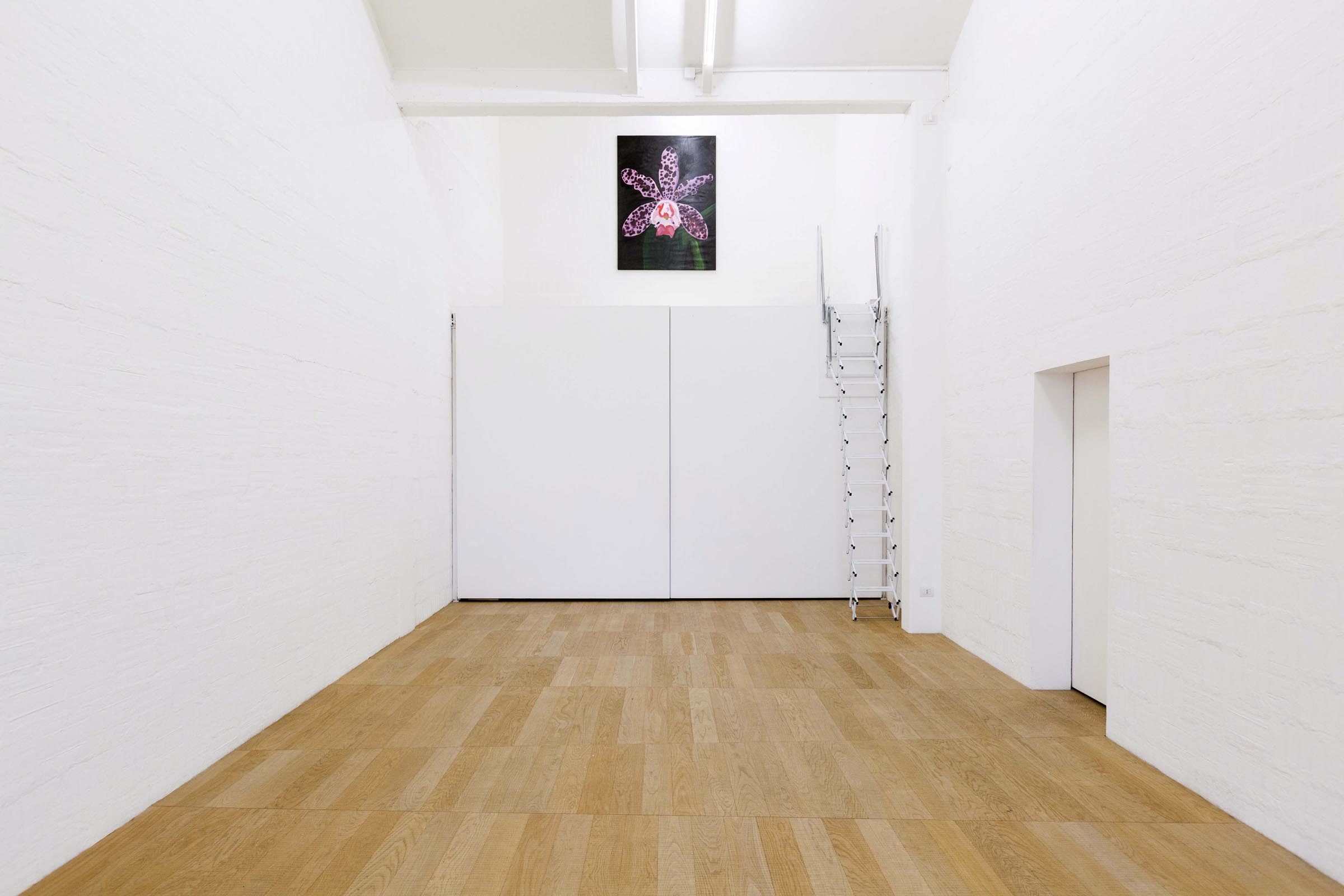 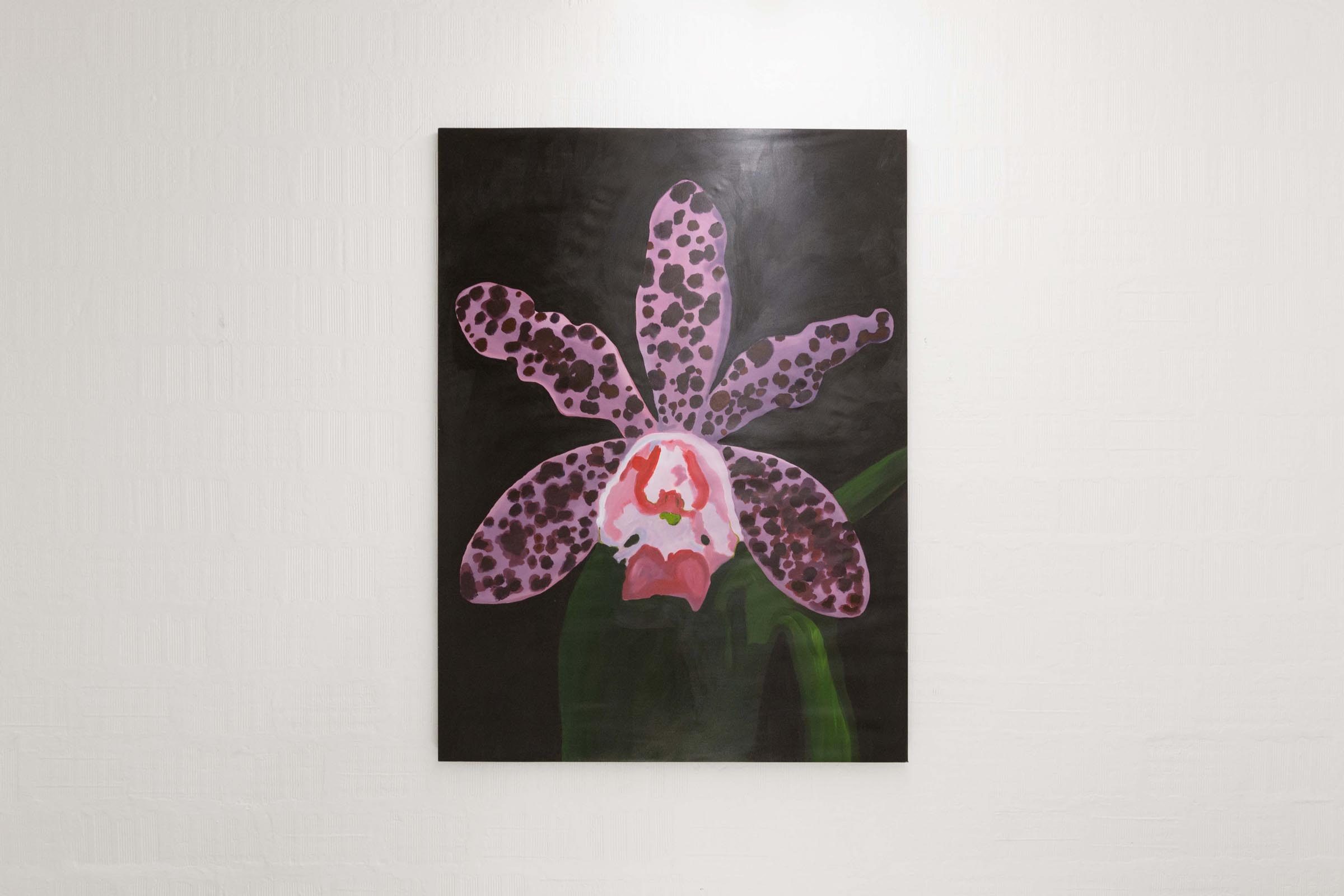 
The Galleria Massimodeluca is pleased to present A Flower for Piet and Sold Out, Matteo Attruia’s first two solo shows to be held in its rooms. The shows, with catalogue essays by, respectively, Nico Covre and Daniele Capra, mark the beginning of the artist’s collaboration with the gallery.

A Flower for Piet and Sold Out began as two different projects, with their starting point in the gallery’s architectural particularity of two distinct areas; each of them, for this occasion, will be entered separately, as though the gallery had undergone a spatial doubling. So Attruia has conceived two distinct shows, each with its own logic of conception and installation, in order to transform the occasion into an unusual and intelligent double show. In this operation there are brought together, in a purposely ambiguous form, the aspect of wishing to be exhibited, as all artists do (and that the artist here in an ironic way denounces, himself being the victim), and the inescapable intellectual need to propose an exhibition project with an incisive and significant result. The condition of uncertainty and his wish to exhibit himself, even though cum grano salis, are well exemplified by the image of the artist taken outside the gallery – in other words, not inside where the works are usually hosted – in an expressive and philosophical balance between the two spaces, overtaken by existential spleen but in the knowledge that a possible solution is close by.

A Flower for Piet, in particular, reveals an unexpected exhibition project, one born from an explicit tribute to the life of Piet Mondrian. For this occasion, Attruia has in fact decided to tackle a new and highly personal challenge by setting off on a new period of compositions. And so this tribute to the Dutch painter becomes the occasion for making explicit, knowledgeable thoughts about the sublimation of the work and labour of every artist.

Sold Out, instead, aims at (re)discussing the role and expectations of some of the protagonists of the art system, and at imagining alternative ways for presenting and enjoying works. Attruia intervenes on the idea of a show as an exhibiting device by imagining for it completely alternative ways and means. Art and, in particular, its status are elements of his activity that are subject to uncertainties, rethinking, and negotiation.

Matteo Attruia’s art is characterised by paradox and by a rarefied interpretative ambiguity which is often seen in an ironic, tragic, or nonchalant approach. In particular, his works place the viewers in the condition of being prisoners of an apparently irresolvable contradiction. On the cusp of astuteness and naivety, smiling and existential unease, his works transmit contrasting emotional states, oscillating between depression and exaltation, between a mocking attitude of challenge and gentlemanly detachment. In his output written words, neon, and photography are recurrent.