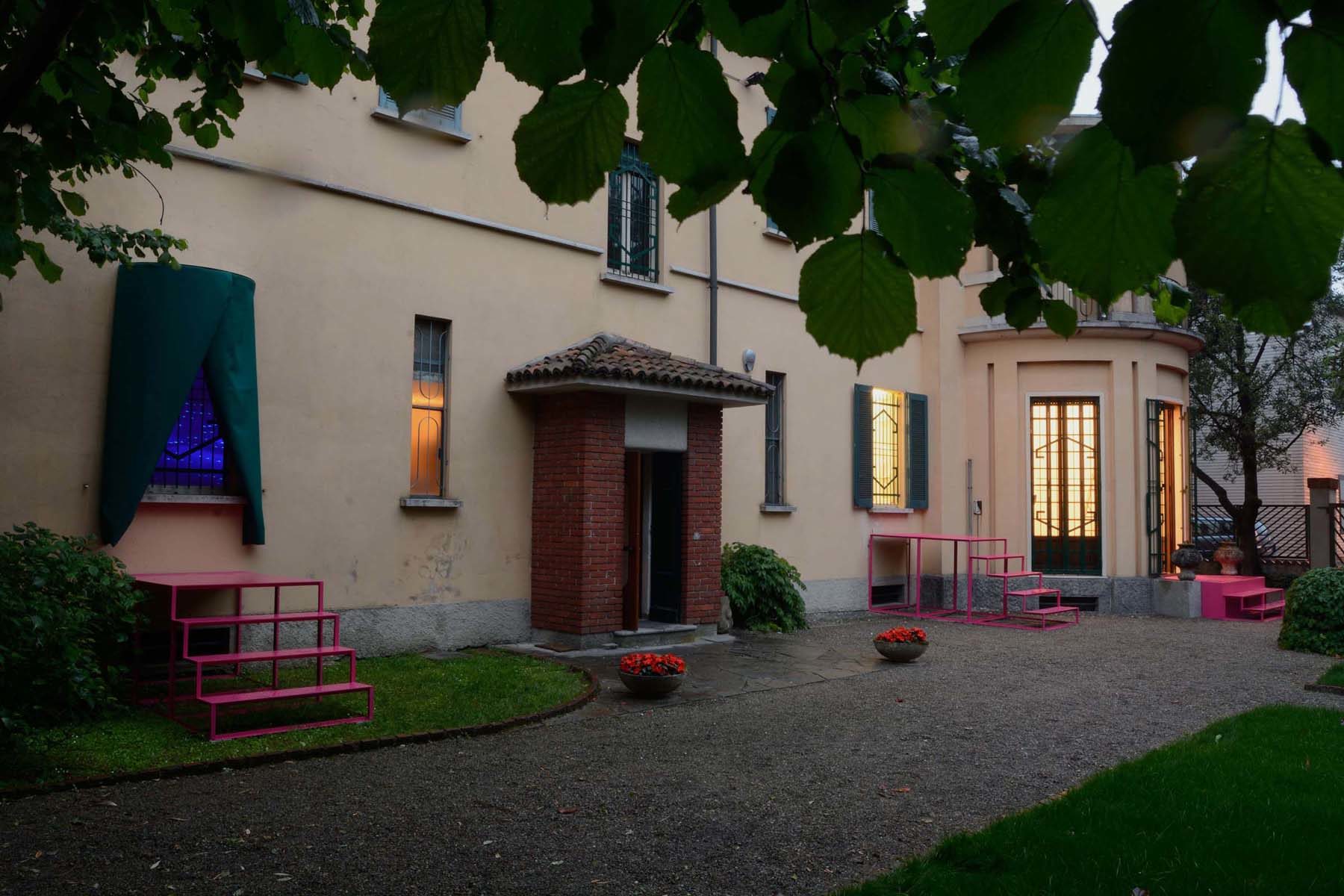 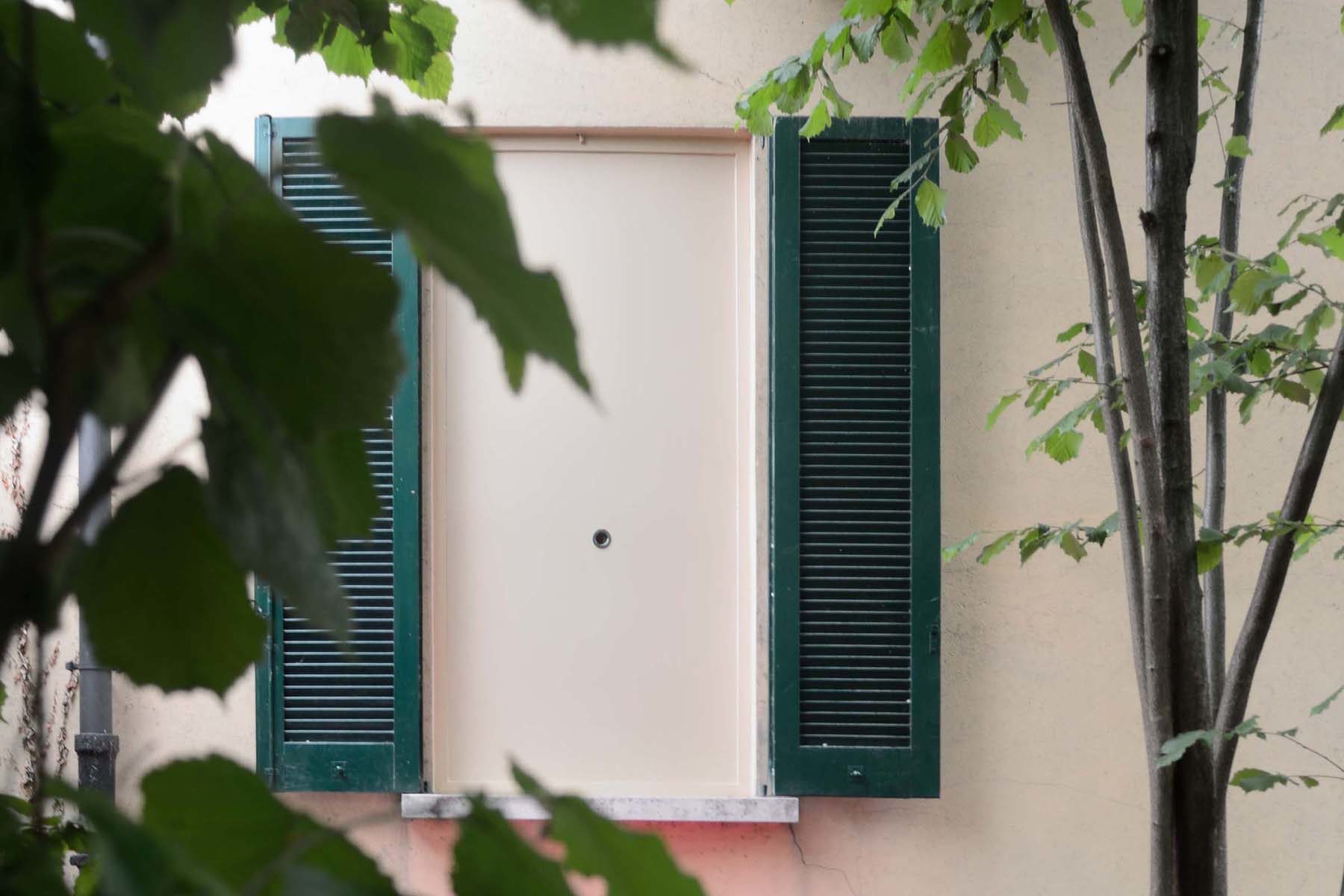 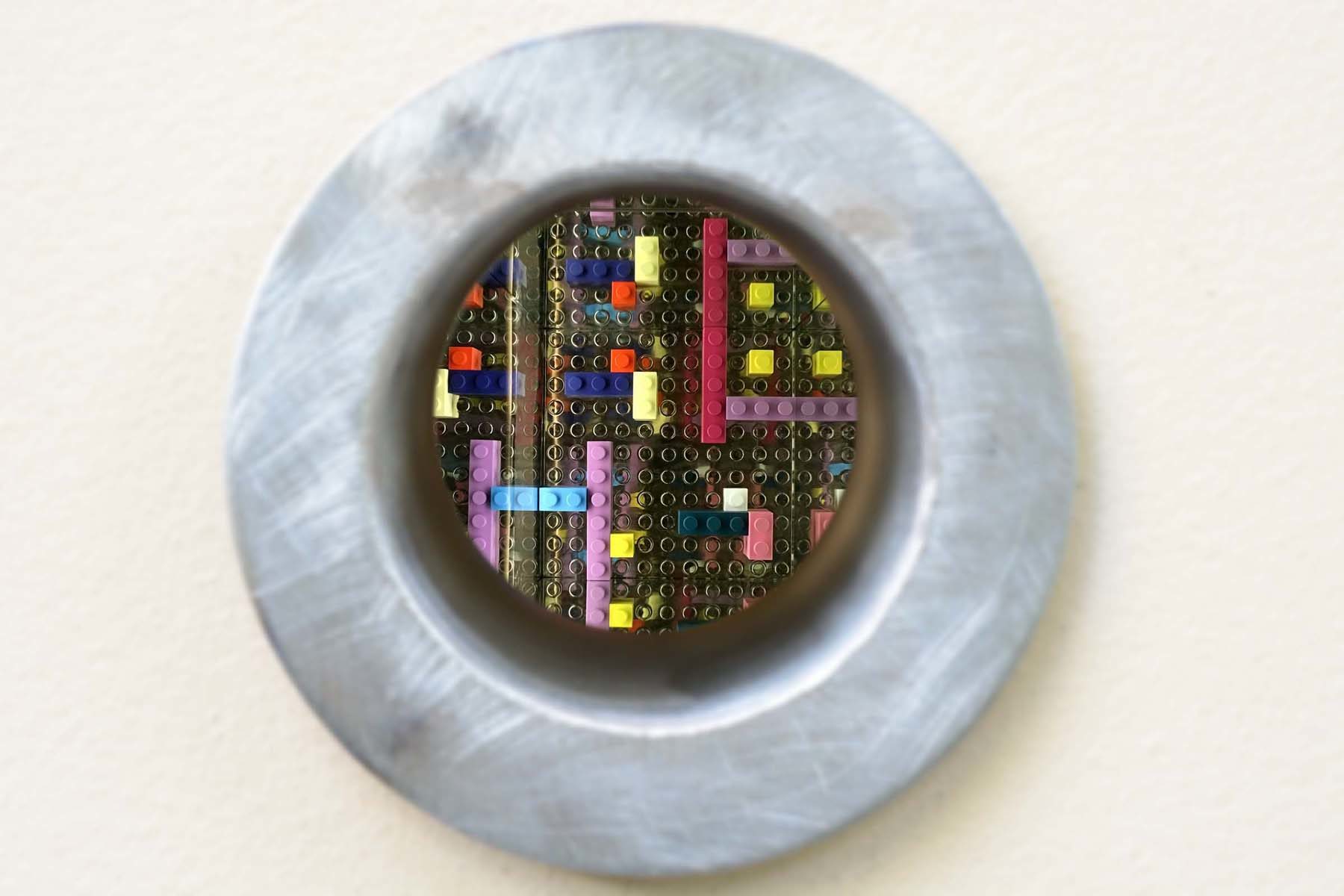 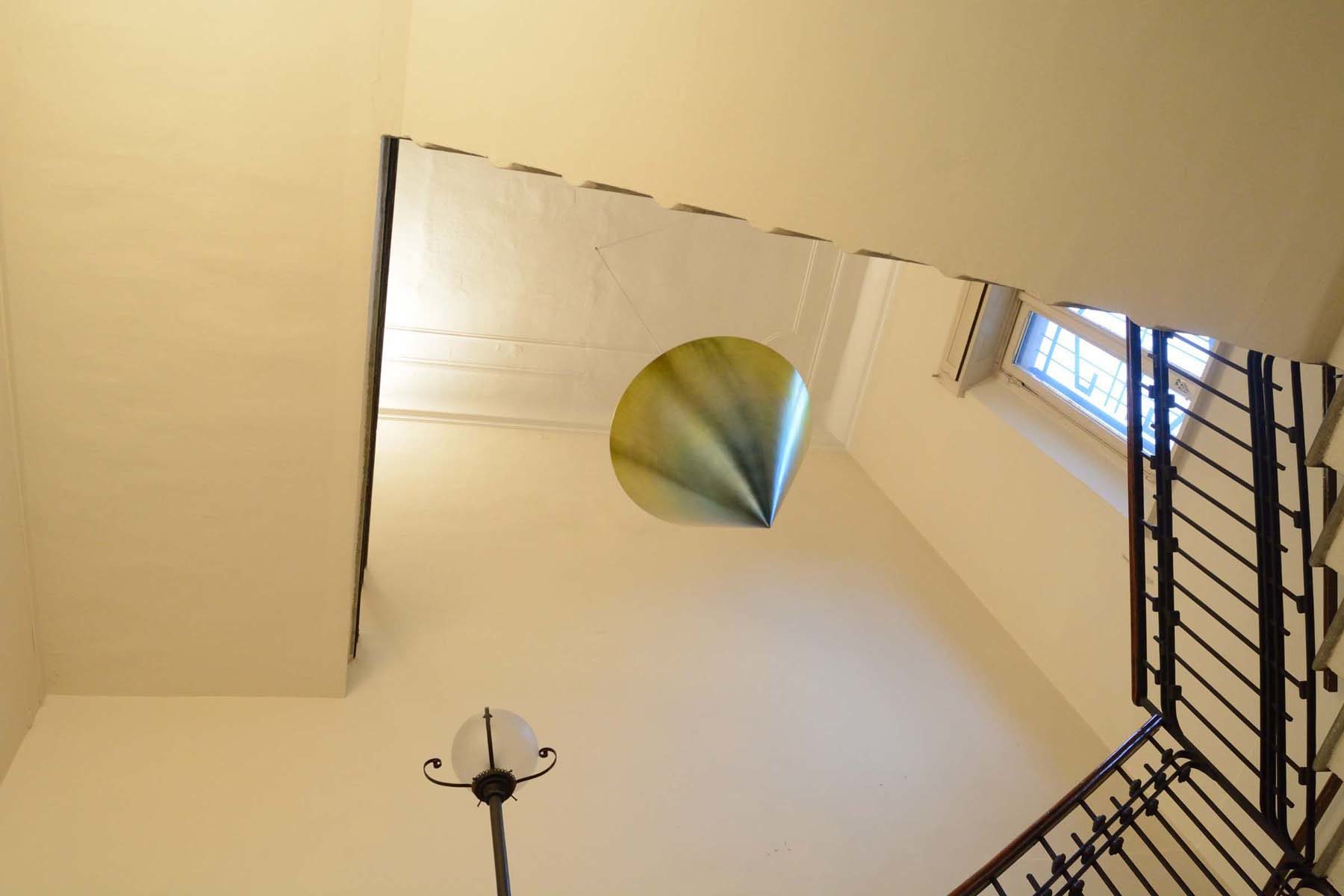 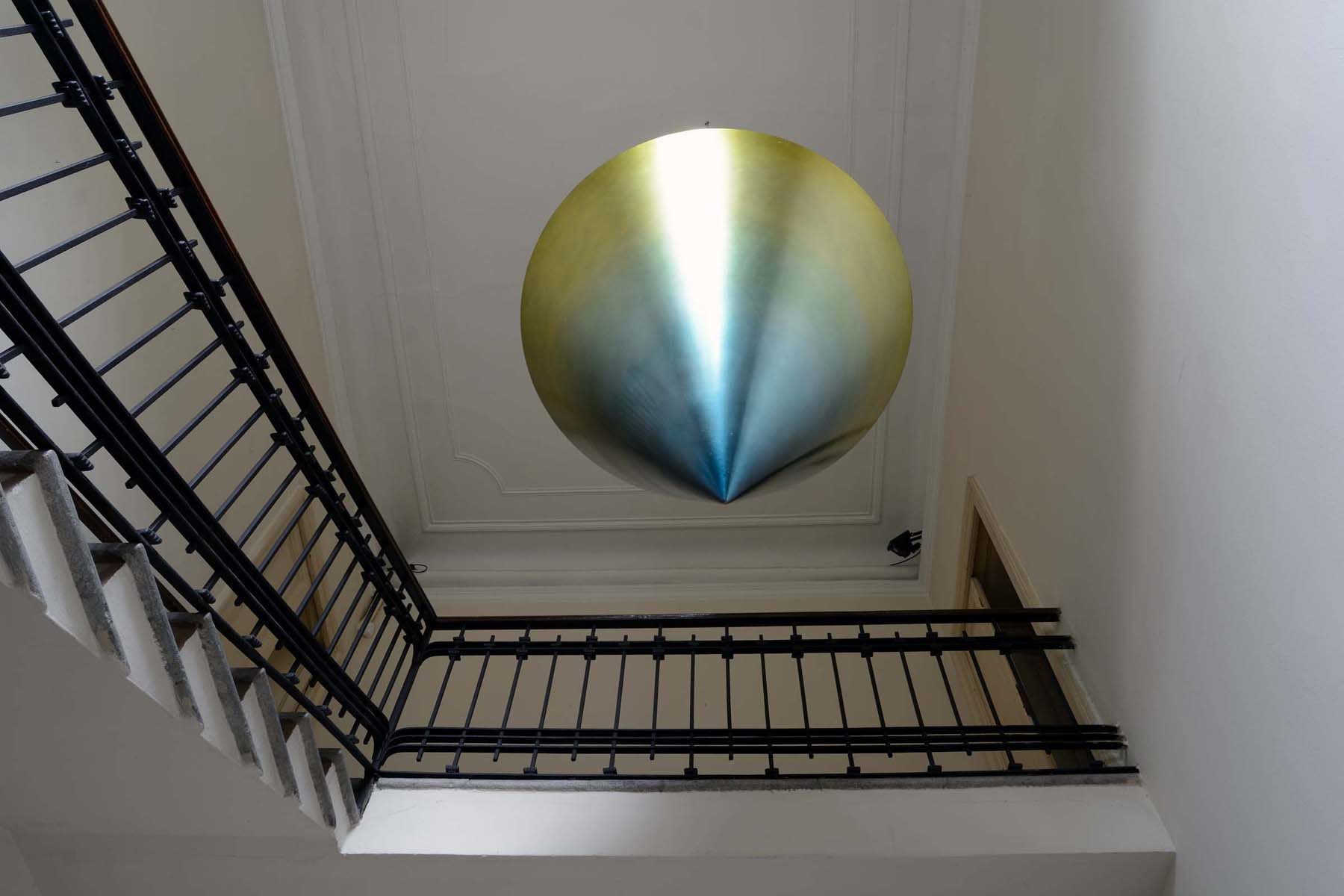 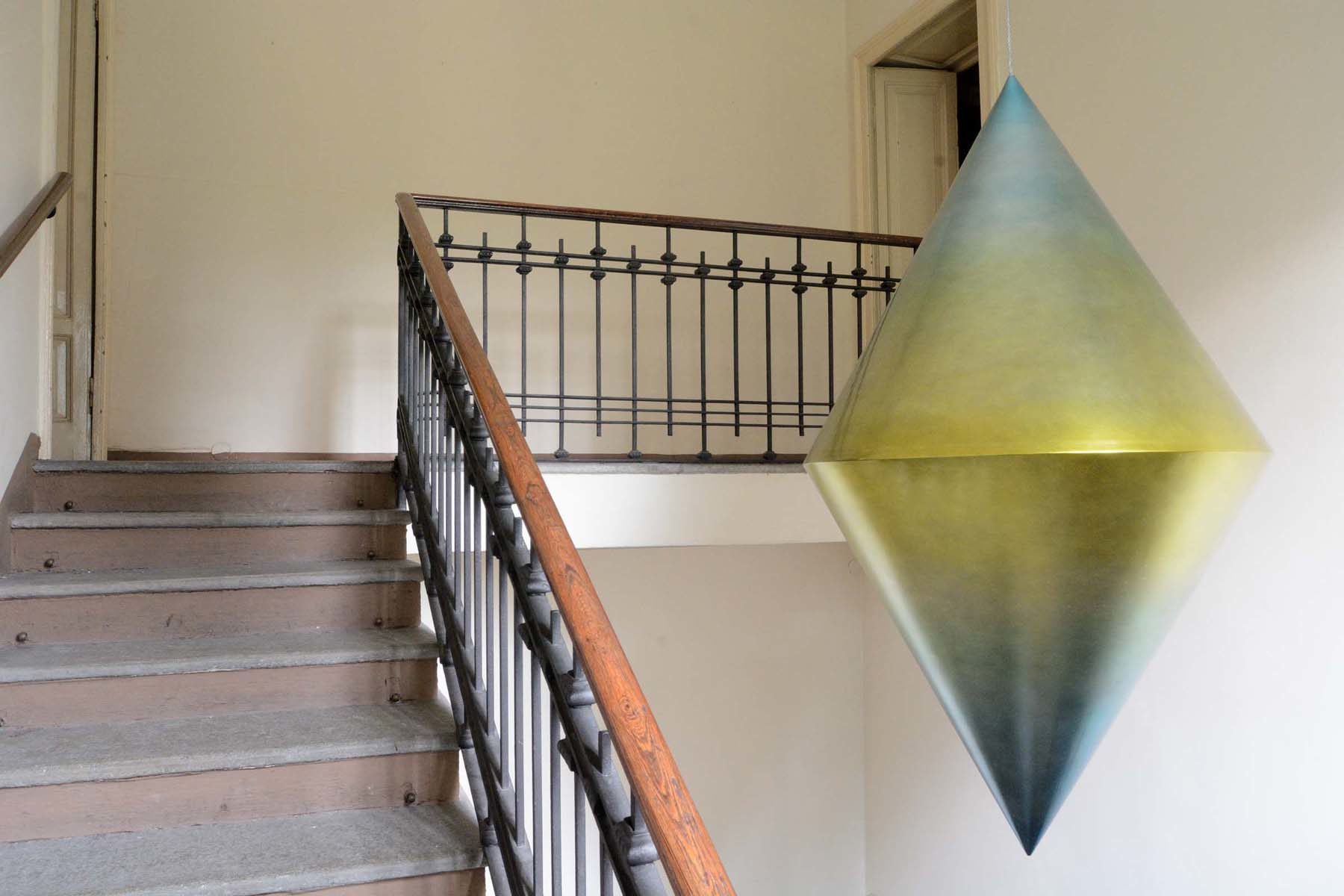 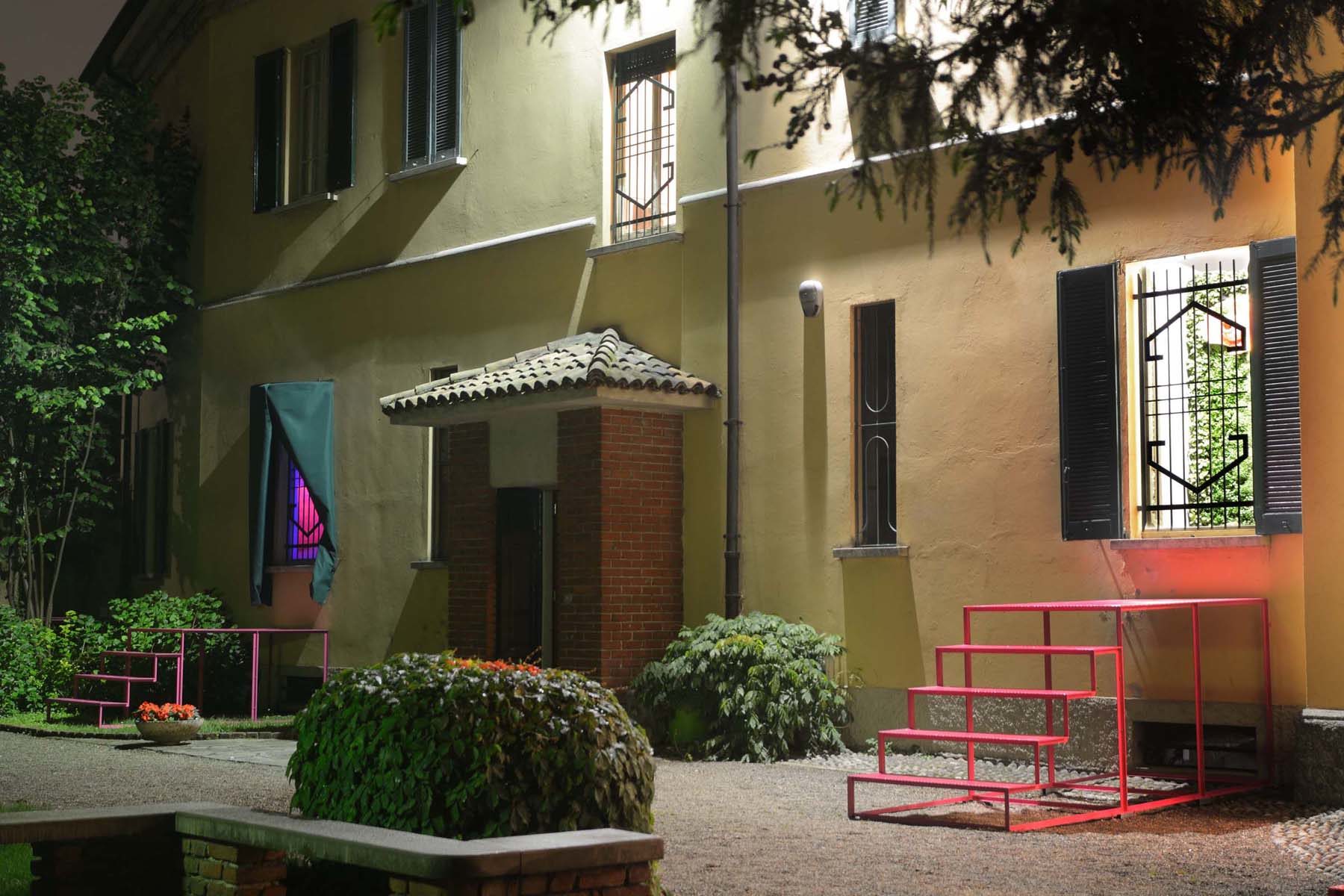 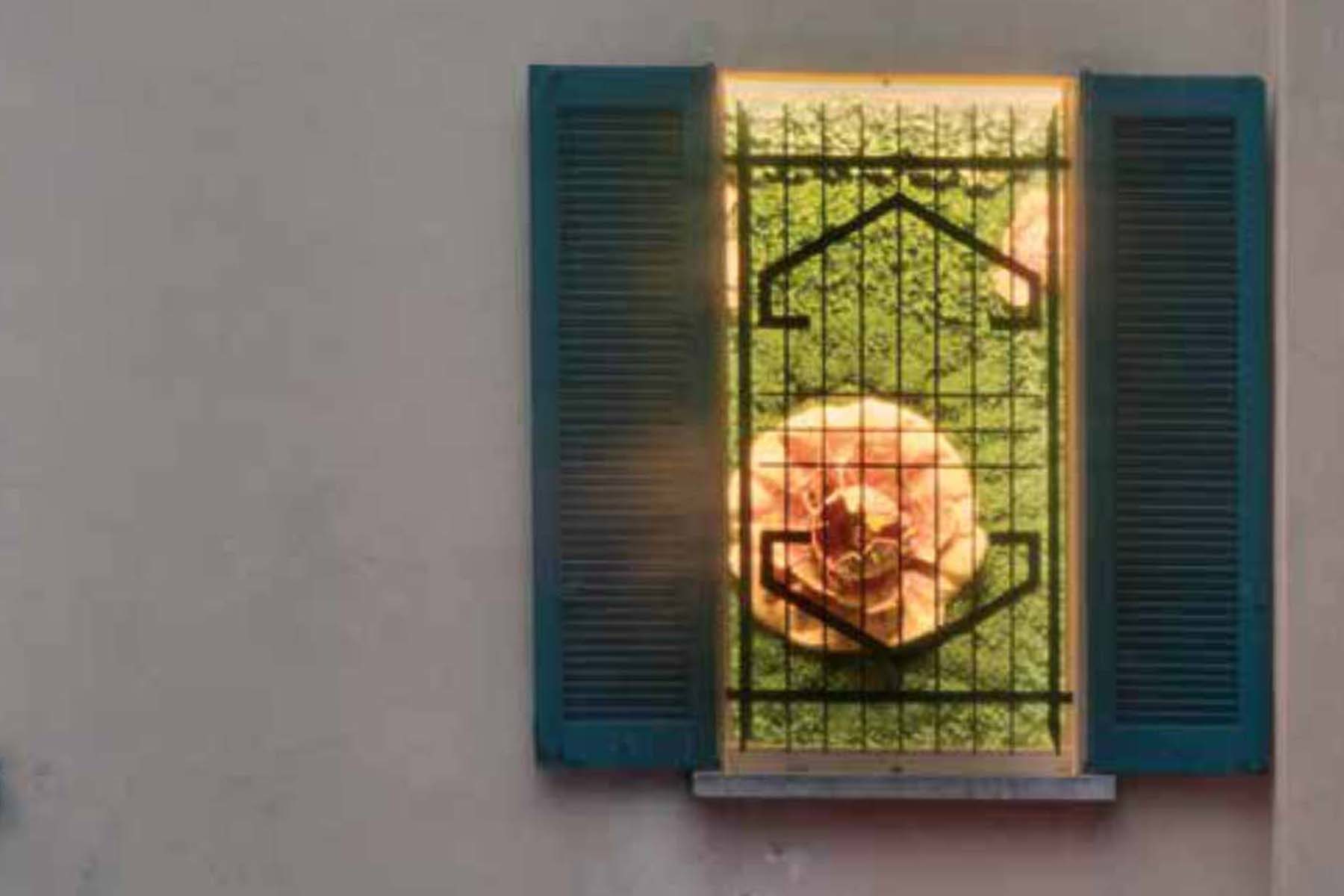 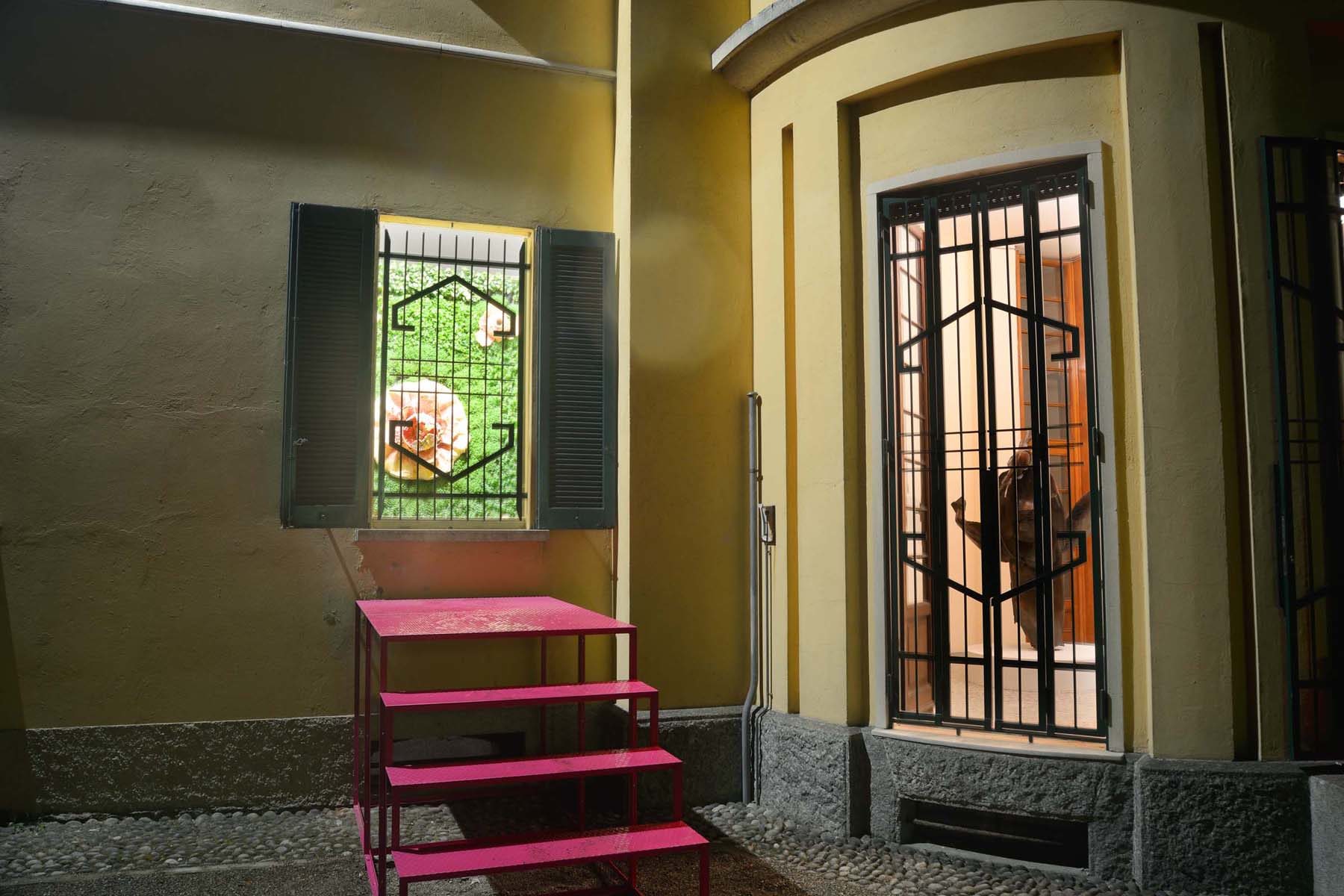 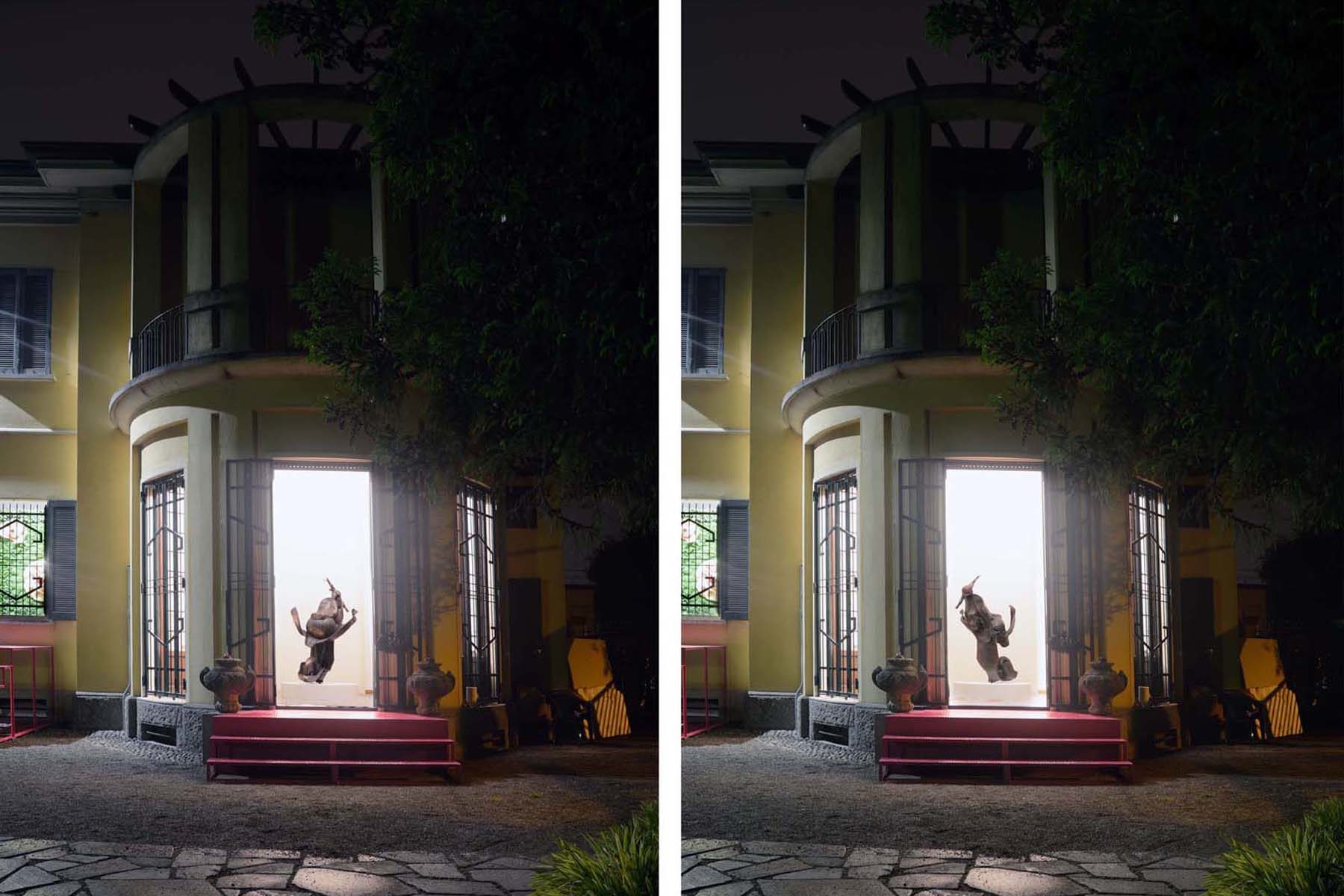 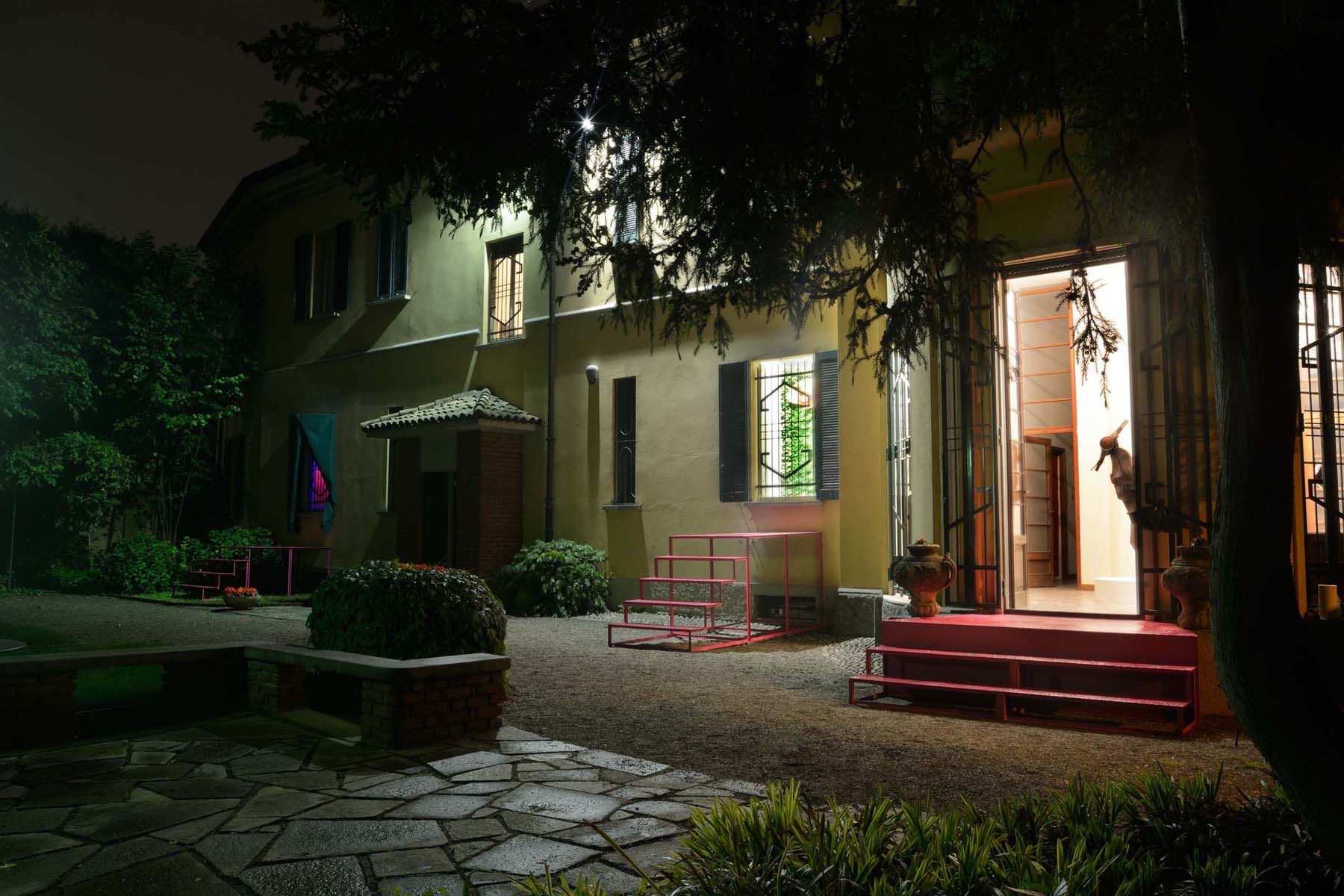 
I’ve often wondered whether the objectives of the artistic practice in three dimensions (spatial? architectural? environmental? performative?) differ from the bi-dimensional (and more strictly pictorial) ones. What are the ulterior intentions, apart from those already present in painting, that motivate it? What are the underlying reasons that cannot be found elsewhere? I still have not come up with any significant answers.
Painting no longer represents, nature is no longer its model to be copied or from which it gains its inspiration, it no longer wants to depend upon anything. As recalled by Clement Greenberg, already during the 1960s, it is needed for self-sustenance, but even to demonstrate its devices, to unmask the theatre. «Realistic, naturalistic art had dissembled the medium, using art to conceal art; Modernism used art to call attention to art. The limitations that constitute the medium of painting – the flat surface, the shape of the support, the properties of the pigment – were treated by the Old Masters as negative factors […]. Under Modernism these same limitations came to be regarded as positive factors» [1]. Painting is done with everything – we may summarize – beginning with its own weaknesses. Despite more than fifty years have elapsed, during which we have travelled through modernity and the post-modern condition, this consideration still seems ineluctably acceptable.
The same reasoning is applicable and true even for sculpture. In fact, just like its painting sibling, its limitations are also valuable elements; moreover, not needed for making a copy of the world. We have other mediums, perhaps more sophisticated ones, that we can employ for interpreting what surrounds us and (should we feel the need) for representing it.
So allow us to return to the initial question: why three dimensions? Perhaps a noticeable difference is that an artefact with volume does not limit itself to occupying a space but crosses it, both diffused and extended within – an aspect that implies the need for a manifold gaze since it is not directly perceivable from a single viewpoint. Contrary to what happens with an image, which evokes sedentary contemplation (or at most along the horizontal axis to get a closer look or a further one), sculpture induces an array of views – it reminds the observer of his legs, entices him into moving around in order to become acquainted, to understand in full and grasp the differences. Hence the viewer is expected to carry out an enveloping movement, moving around in a circular sense, but even rising up or crouching down. Sculpture, should we want to put it as a boutade, lures the viewer into dancing, makes a dancer out of him. Its limitations – the need for more than one view – is actually an opportunity for those who observe: the viewer becomes a wayfarer who interacts while walking, curious about having an ulterior experience, or even solely to surreptitiously observe «its effects».

While the art of dancing is quite distant from my physical stiffness, I always engage in a little rhythmic dance whenever I go into Matteo Negri’s studio. I’m not sure whether he does it on purpose to make me move (a very plausible hypothesis, one that is much approved by orthopaedics), but it is a lot more likely that he has an innate impulse to create works that stimulate the observer into adopting an kinetic approach, one that encourages them into observing and comparing from different viewpoints. This is one of the most personal and interesting aspects of his research: fighting the immobility and laziness of the viewer.
The project prepared for Casa Testori, of a great visual impact, is precisely aimed at overturning the ways of perceiving the location, the implicit path through which the exhibition space is enjoyed. In fact, the visitor is forced to adopt a point-of-view that is external to the building. The works accommodated inside the rooms of the house can only be viewed from the outside, urging the visitor into simultaneously becoming observer and man in movement – namely spectator and dancer.
The project called Splendida villa con giardino, viste incantevoli (Splendid villa with garden, enchanting views), whose title is reminiscent of Gadda’s Cognizione del dolore [2] (Acquainted with Grief), hints at the language employed in real-estate ads, stems from the analysis of the functions of each single room in Casa Testori, each distinguished by different living purposes. Whereas Negri chooses to visually change their intended use, transforming every space into a place that is physically inaccessible to people, but one that can only be viewed through the garden windows. Therefore not only do paths change, but the visitor ceases to be a common passive player in a previously established itinerary and instead becomes a person urged into discovering some proposed contents. Hence the visitor becomes a flâneur who interacts with the environmental stimuli that appear before him: no longer receiver of contents, but discoverer of the same in the first person.

The works of Splendida villa con giardino, viste incantevoli testify to Matteo Negri’s multifaceted skills, ranging from installations of an environmental character (made using special mirrors, theatre lights and plants), to sculptures where composite materials are employed (such as epoxy resins, silicones), all the way to neon signs in the garden. And then the most classic bronze, used for the great rotating sculpture that occupies the largest space in Casa Testori – a dismantled and reassembled Vespa Piaggio scooter – that is not trapped in steel, but transformed into a device that offers different observation points.
I continue to harbour doubts as to whether sculpture has different goals compared to the bi-dimensional artistic practice. But we can certainly affirm that Negri does his best to express what it means to move, dance, to possess a kinetic kind of rhythm. I am already beating time with my foot.


[1] C. Greenberg (ed. John O’Brian), The Collected Essays and Criticism, Chicago: The University of Chicago Press, 1993, p. 123.
[2] C. E. Gadda, La cognizione del dolore, Garzanti, Milan, 1963. I make reference to the descriptive parts of the early chapters where the author describes the town-planning and architecture of those imaginary and epic places belonging to a completely imaginary Latin America, one that is none other than the Lombardy province.