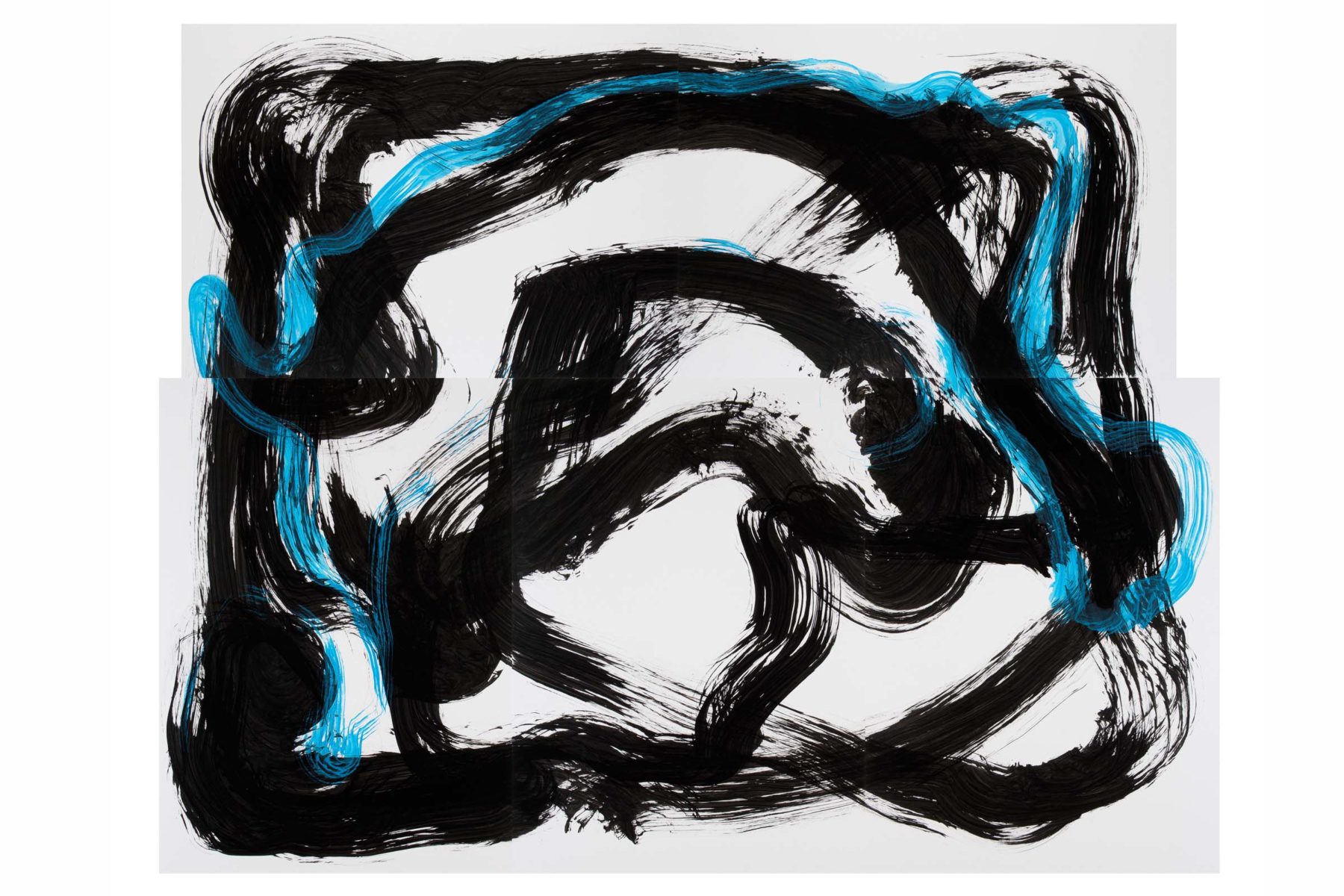 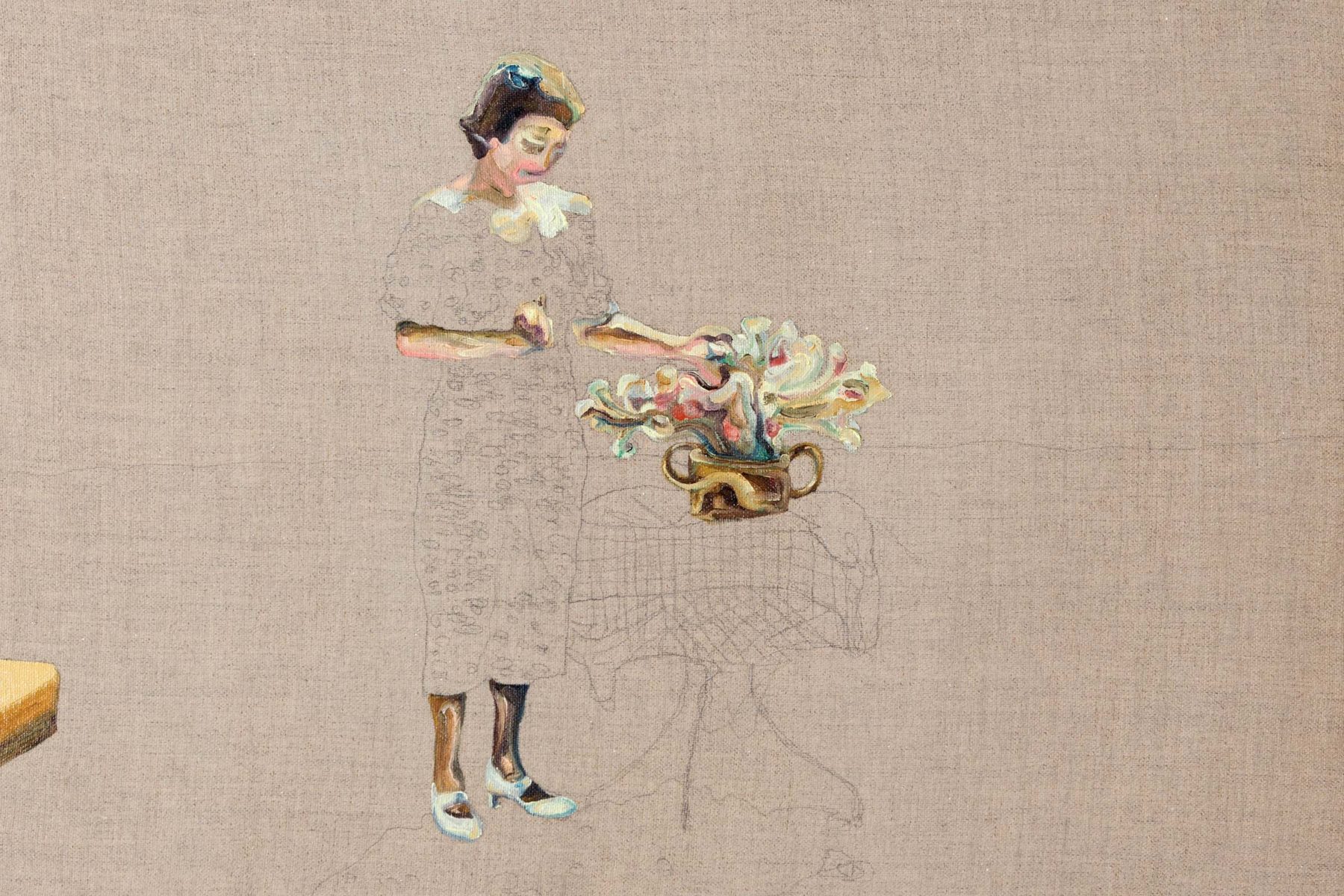 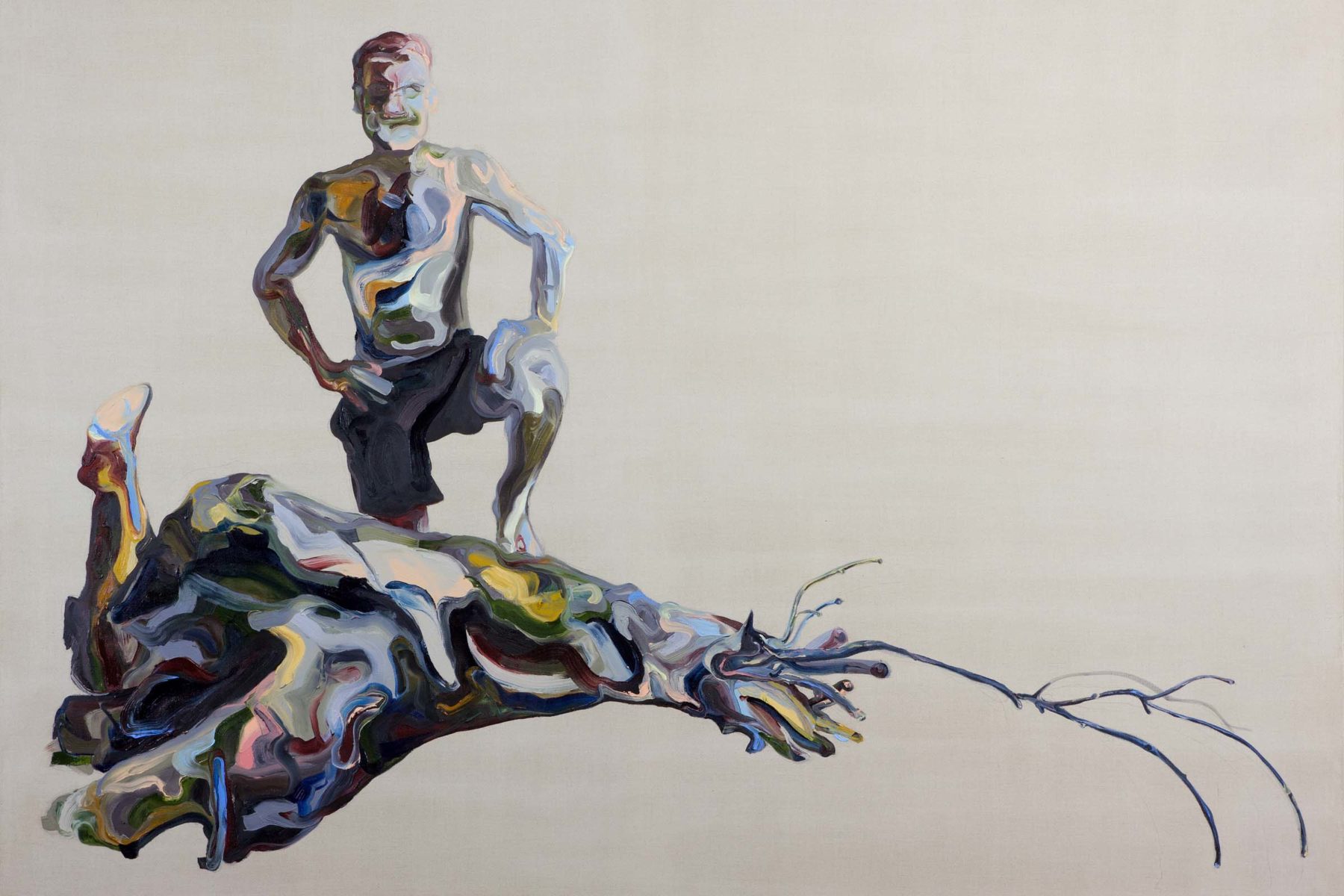 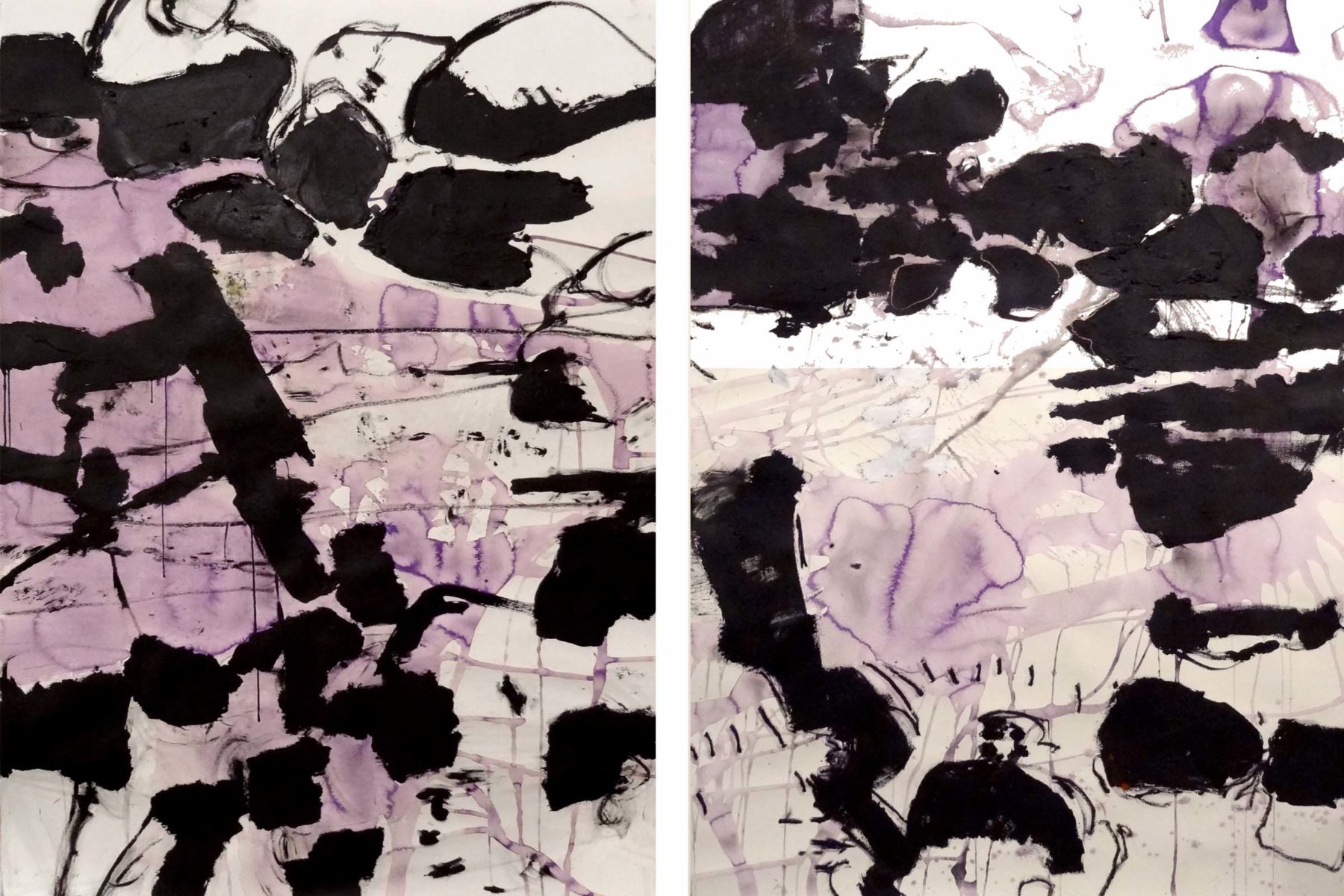 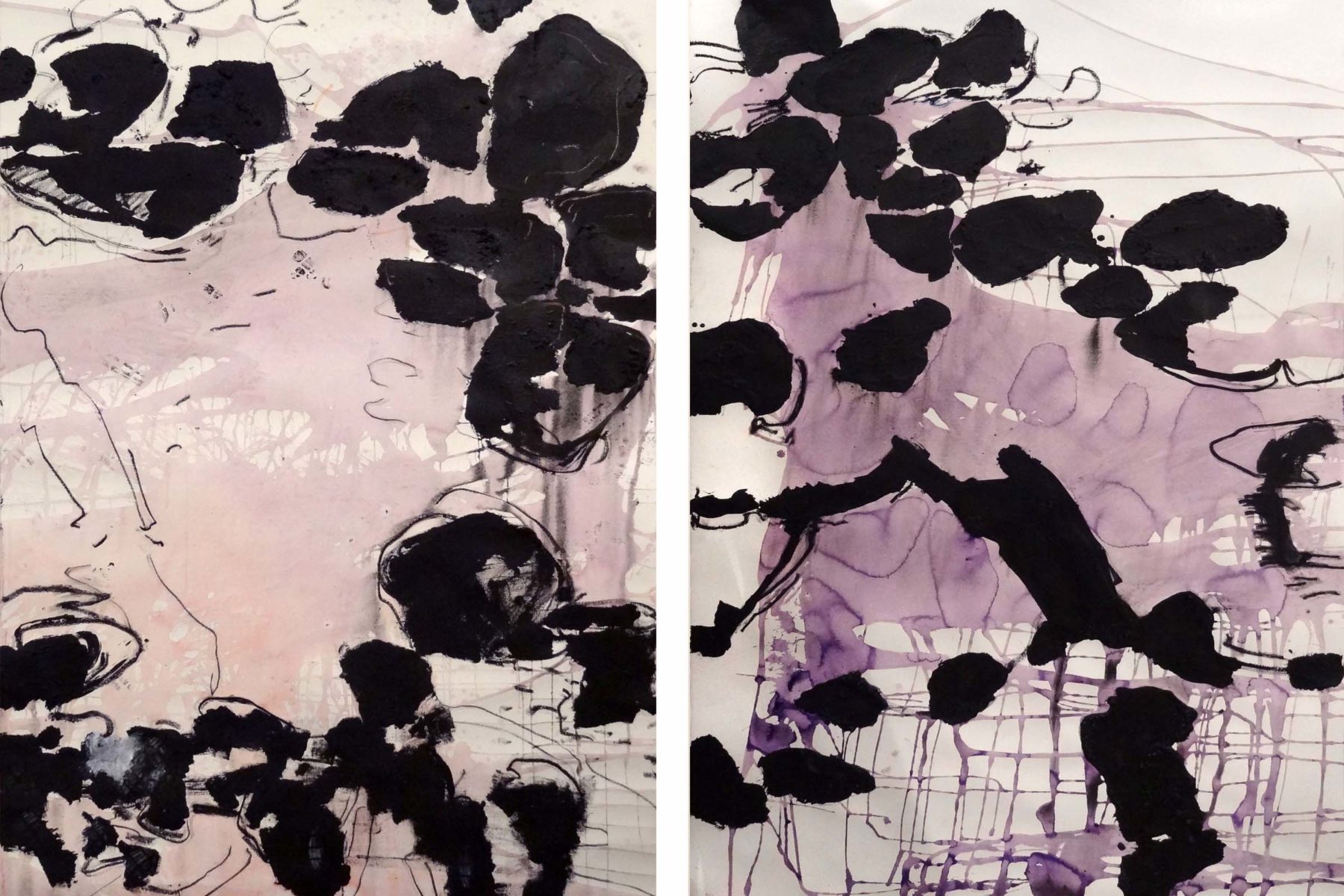 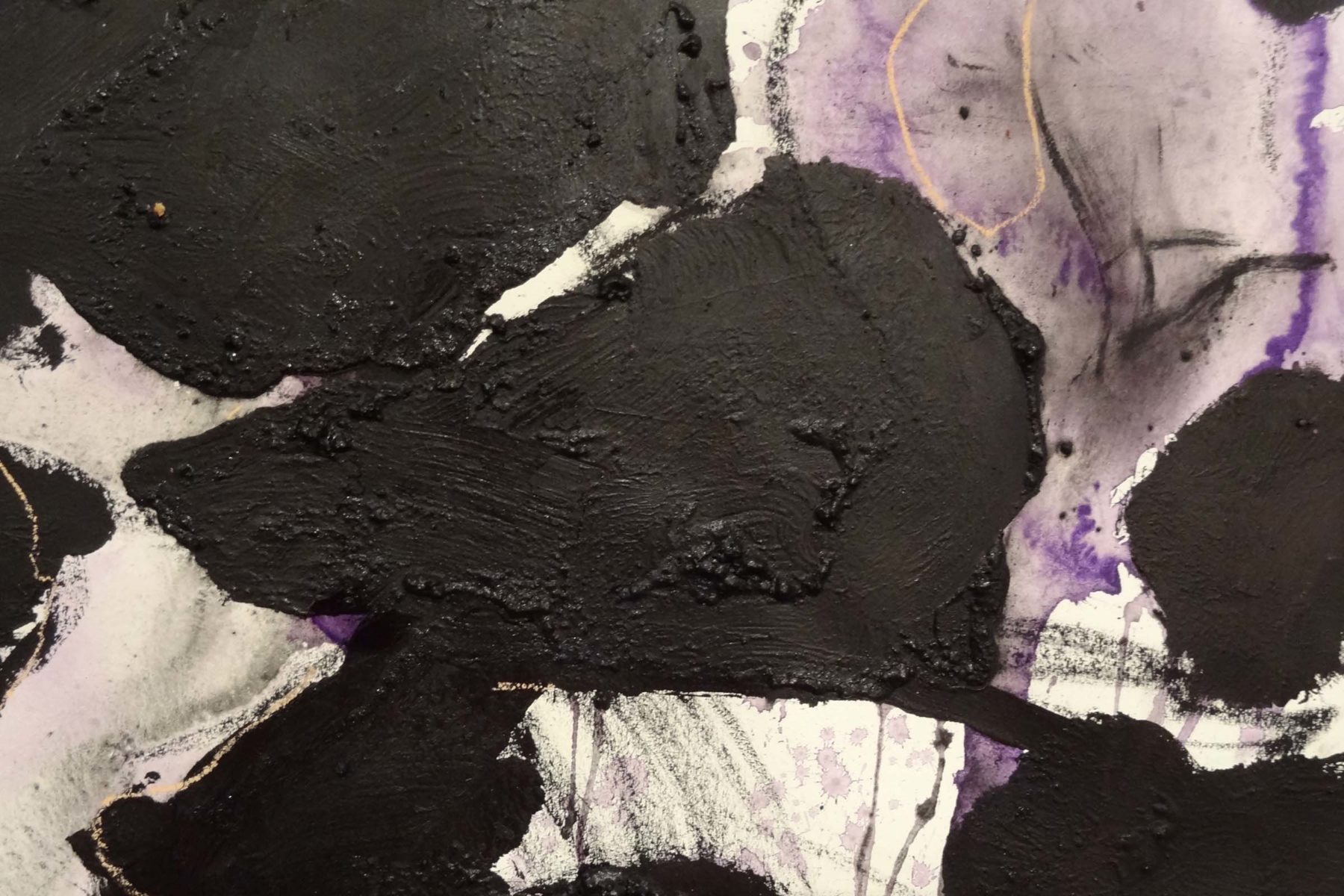 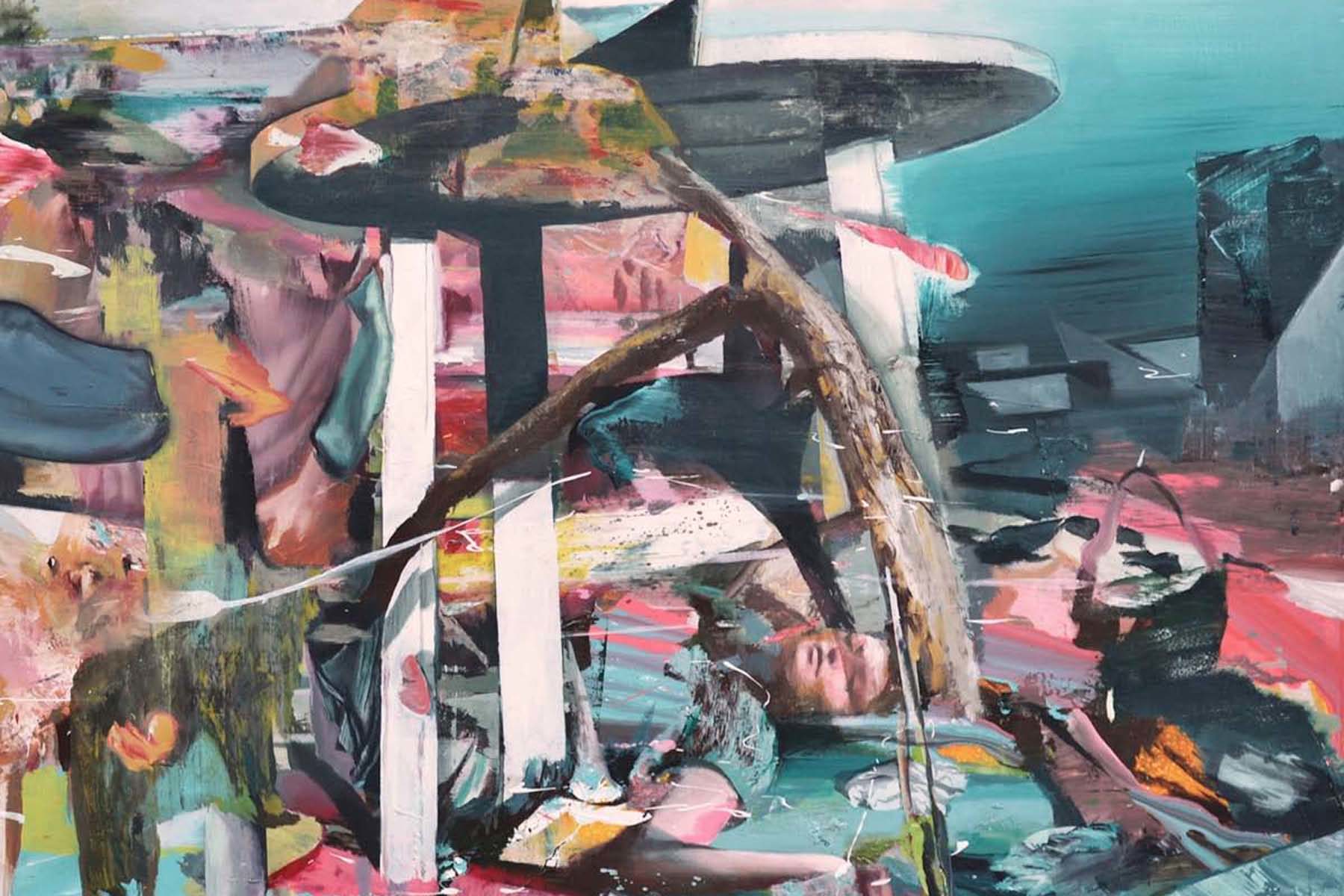 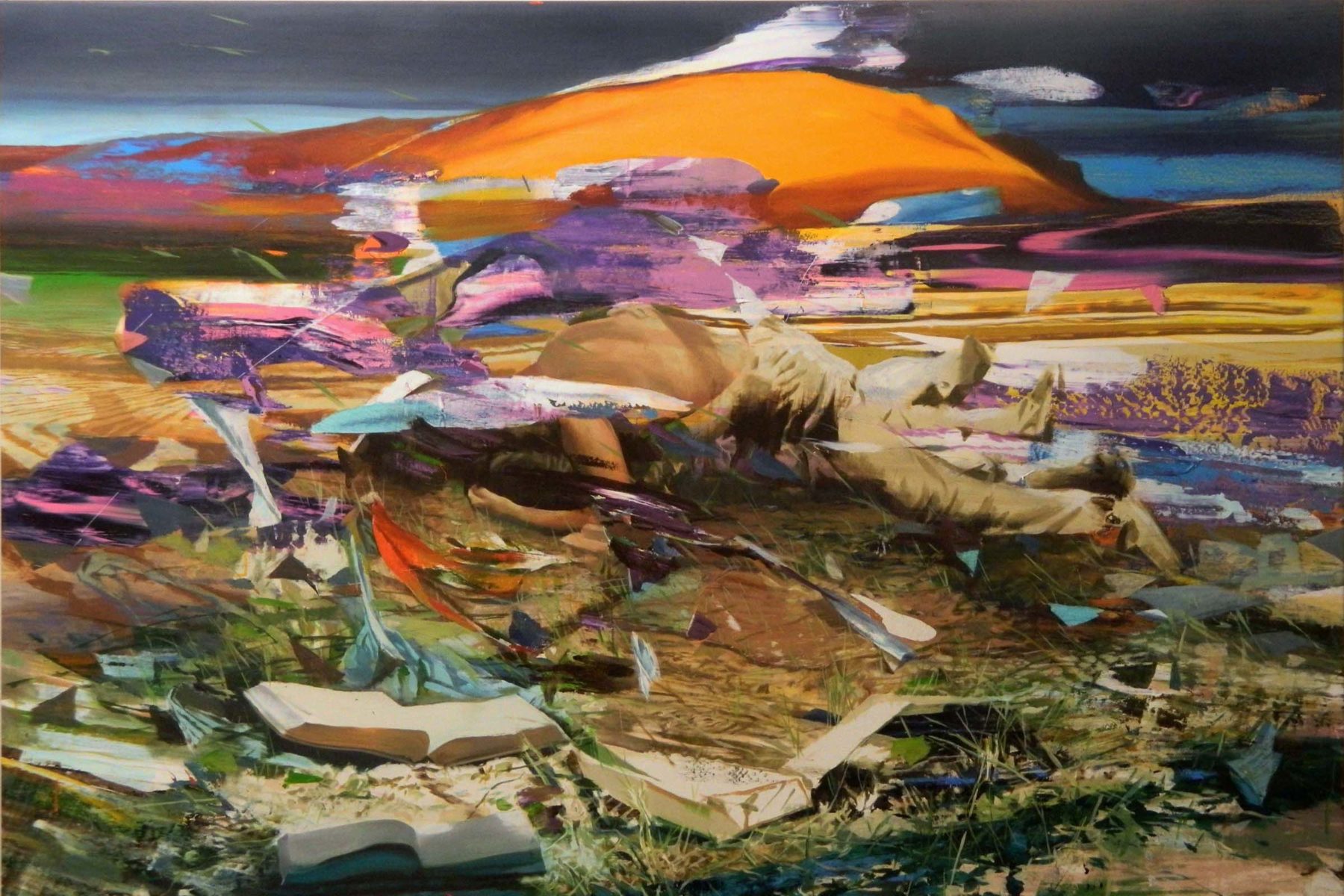 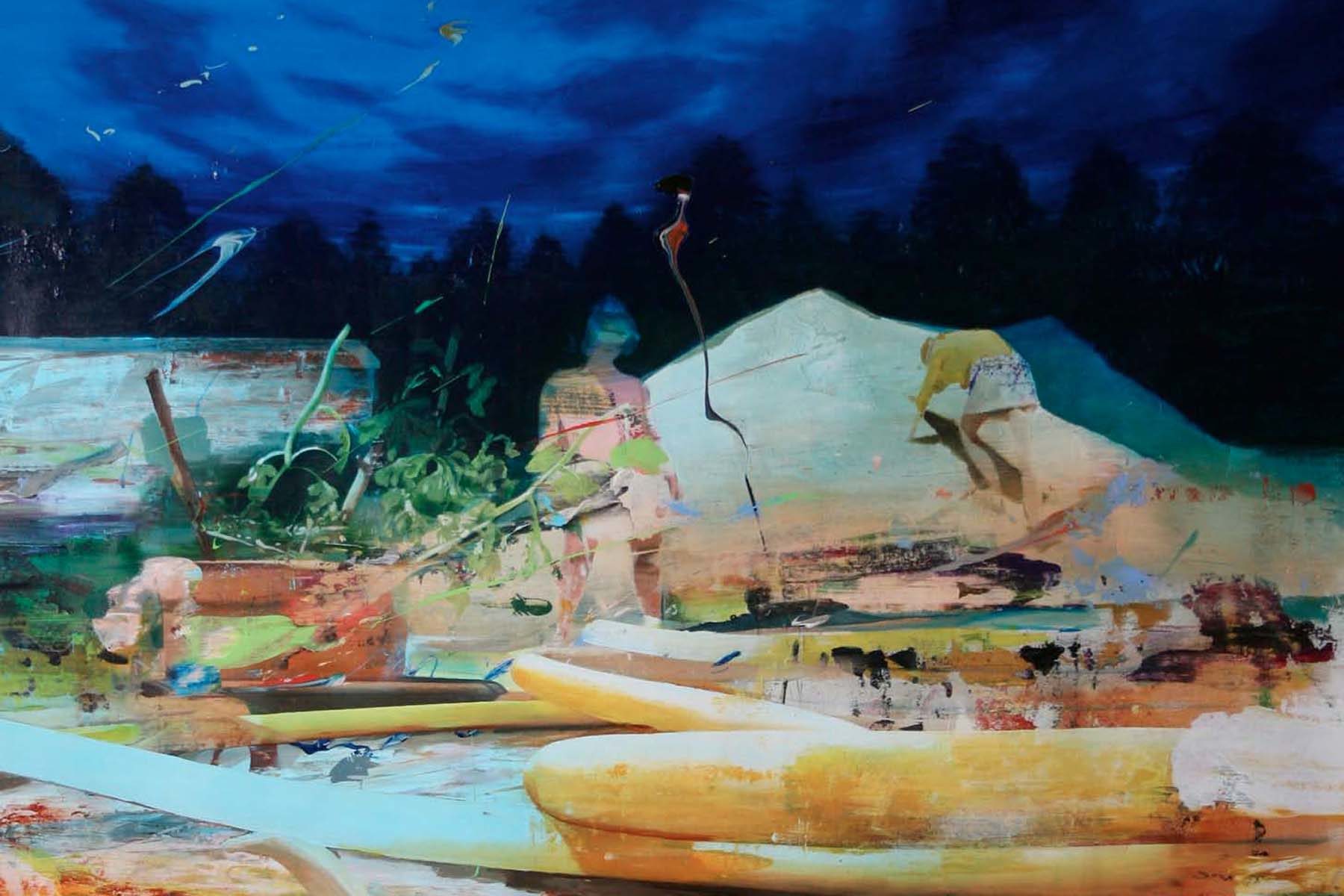 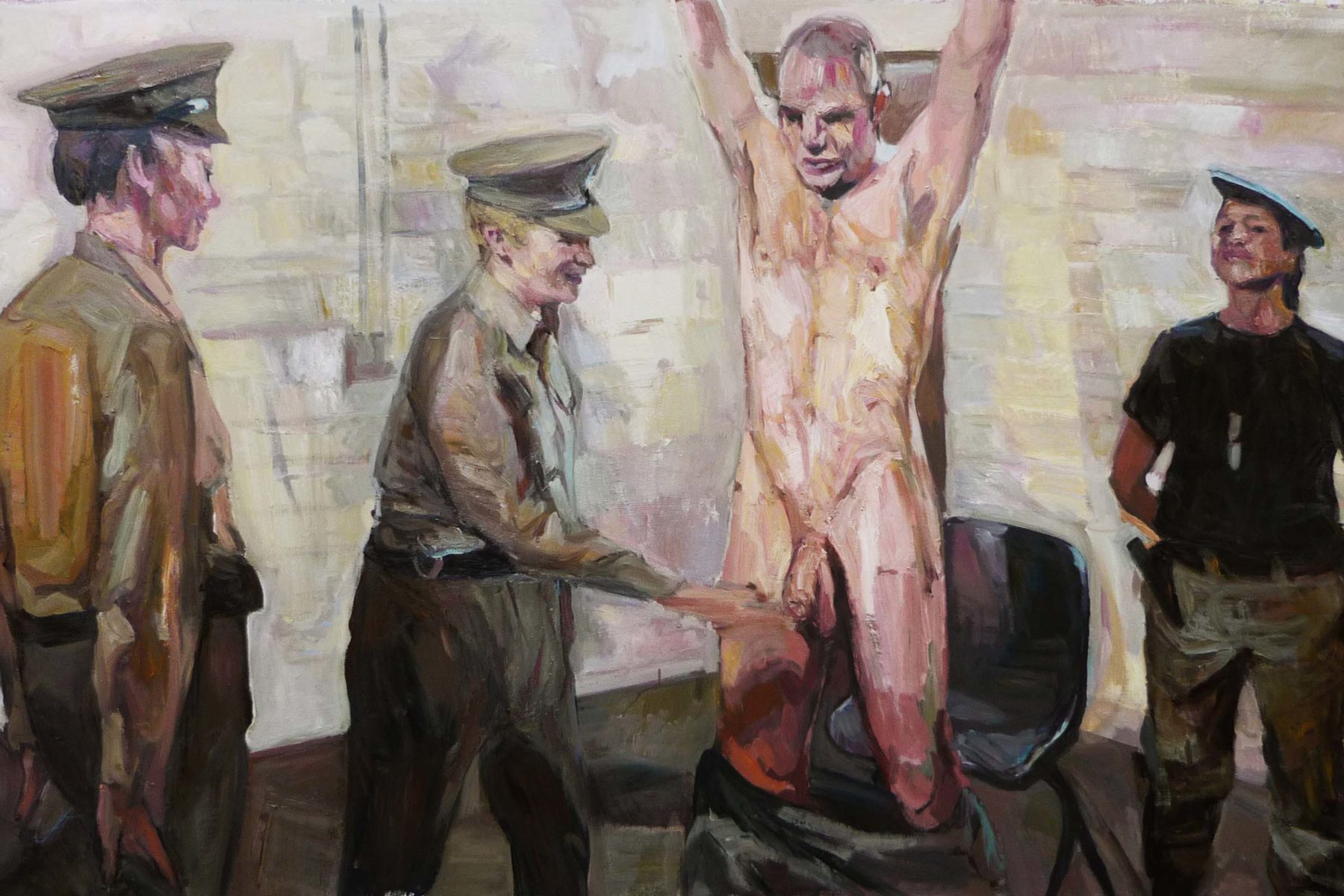 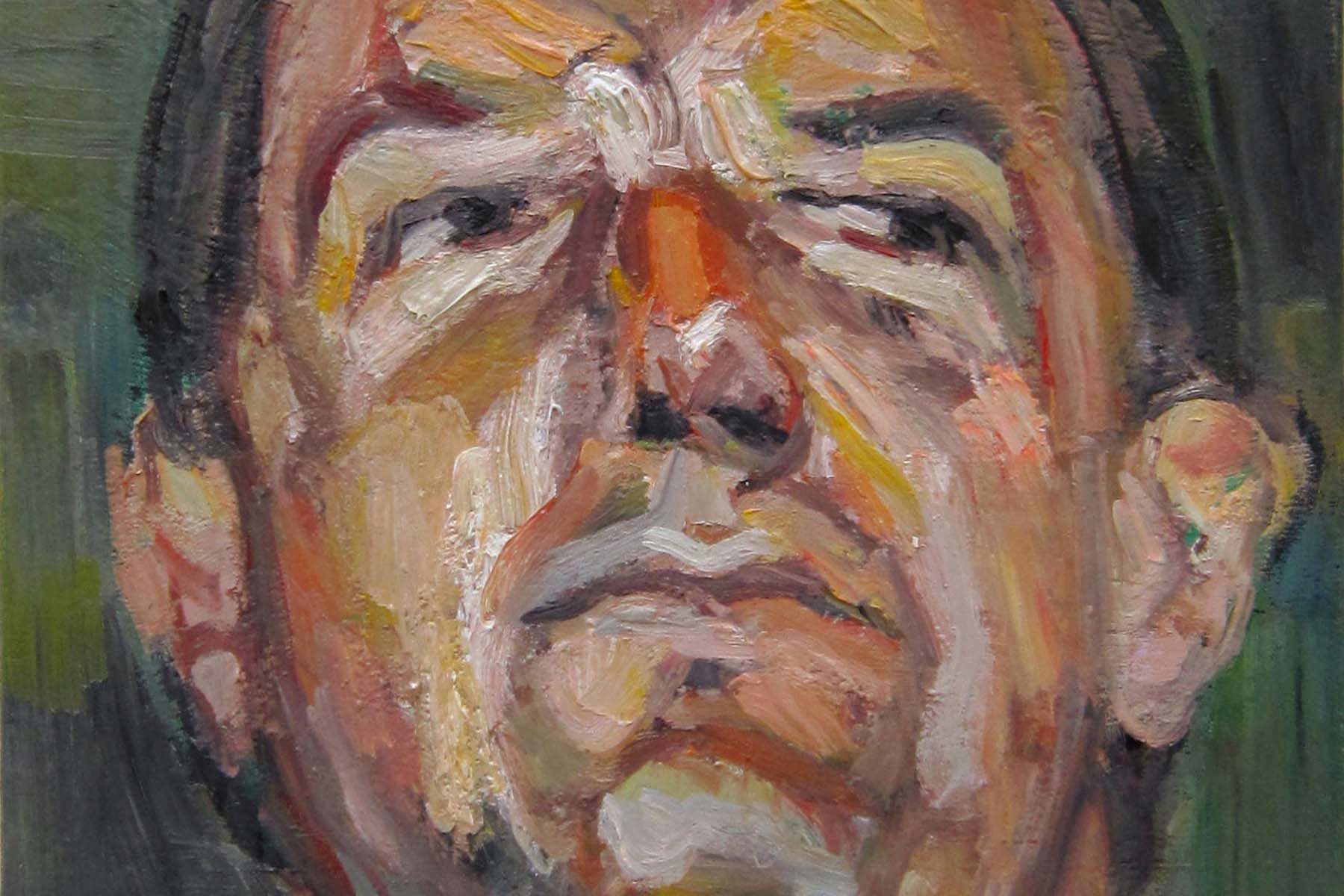 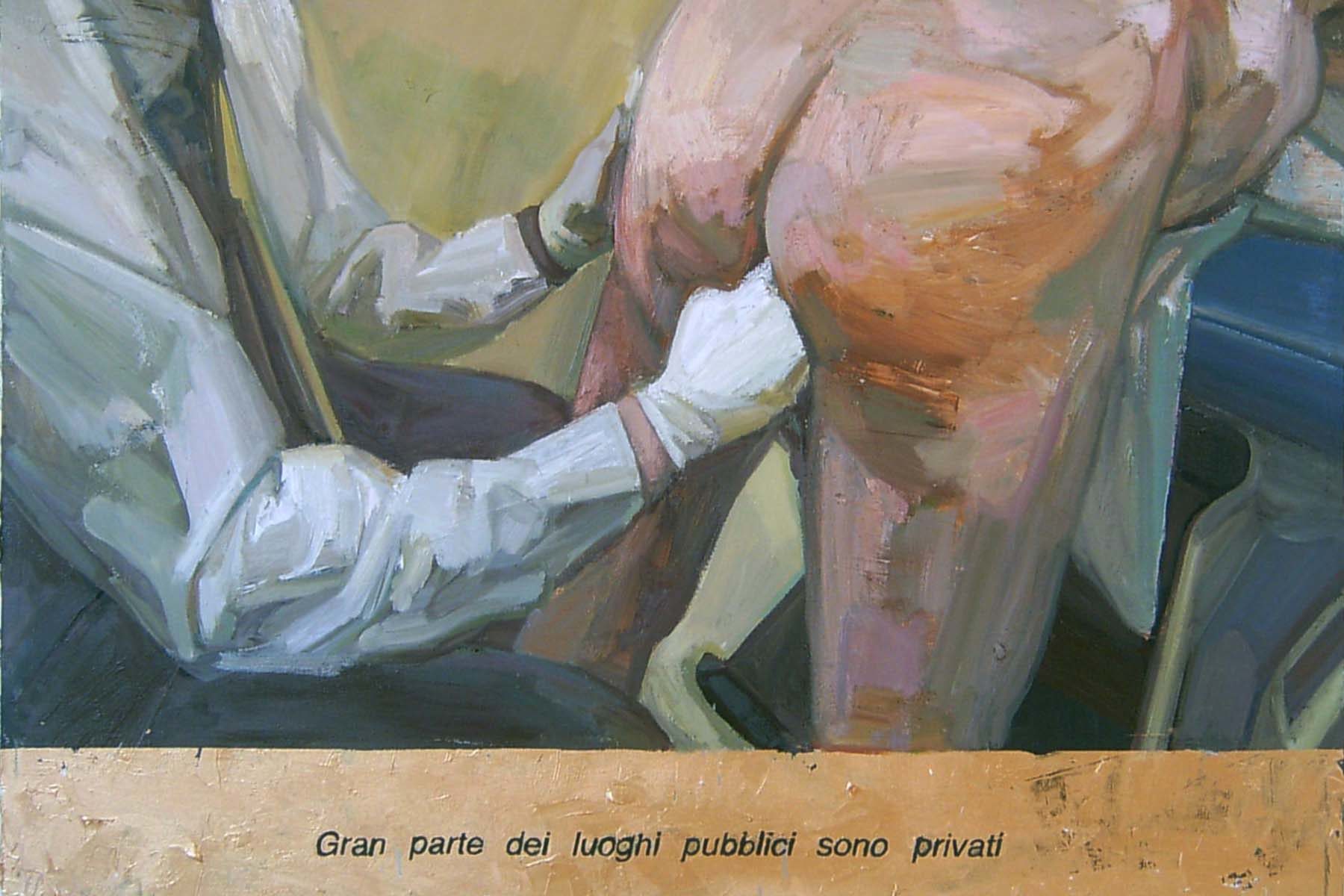 
I was going to war with society, or perhaps I would only be renewing it. Now there were no misgivings. I declared myself free from all rules except those I wanted to accept— and I’d change those as I felt the whim. I would take whatever I wanted. I’d be what I was with a vengeance.
E. Bunker, No Beast So Fierce, New York: Norton, 1973.

We have spent the last decades on discussing the actuality and outdatedness of painting, decreeing its death and rebirth, continuously alternating moments of enthusiasm with others of scant attention, as if such a medium had within itself characteristics of actuality/outdatedness, regardless of the aesthetic, linguistic or political contents of individual works. Seen with modern-day eyes everything in our past appears as missed opportunities, intellectual Panglossian onanisms – Pangloss was Candide’s preceptor in the homonymous conte philosophique by Voltaire, who embodies the role of the chatterbox philosopher – too immersed in the part. Trivially we have adopted an ideological approach to this form of expression, from time to time charging the word painting with reactionary or progressive tendencies, to suit our own personal ends, and with an avant garde rhetoric that, now that we are at the height of the epoch following the post-modern, would appear to be on the wane. And it would, however, be useful to point out that even now in our country, in academic circles and in the jargon of the professionals in this field, the use of the word “painter”, in the sense of “artist who paints on canvas”, is used in a limitative form, implying, that is, a subtle disdain or negative evaluation towards the person concerned.
Painting, on the contrary, simply exists, on a level with the other media, above and beyond any possible and imaginable motivation, and does not need anyone’s approval or permission for existing, as it always has, from the caves of Lascaux and Altamira to Picasso (whom it appears liked to repeat that “after Altamira all is decadence”). You only need ears to listen to it speaking, to read those words that all too often have merely been manipulated. As a last resort we could thus define painting as an area of relations with their own codes but which undergo continuous micro-adjustments. If on the one hand the idea that the work is to all effects a hypertext in which one can move transversally and without a set chronological order still appears efficacious, we must not underestimate the fact that the hypertext itself is constantly and perennially being updated by the continuous work of those who participate both in the reception of the contents as well as the production. Thus we could say that the sense is a collective construction that takes place nowadays with the very same accelerated dynamics of the social networks: the hypertext is non fixed and completed, but is affected by a whole range of relations that keep the work under tension and have it belong to the world by “mundanely” assigning it the status of art.
Painting is all this and not exclusively one of the techniques used by artists: it is an ugly beast that plays with reality, starting with itself, and which continues to exist even if we are in the dark or we do not look in its direction, as the works of Matteo Fato, Giovanni Frangi, Giuseppe Gonella and Aleksander Velišček bear witness. In fact, the basic polarities of all methods of research, those approaches that when opportunely combined make it possible to place each and every artistic declination on an interpretive level, are present. The elements are those of a pure aesthetics mode, contrary to the political-sociological aspect and on an adjacent plane the perceptual visionary analysis that has a counterpart on the work itself in the meta-artistic reflection and in attempting a transformation.

If we deform the famous maxim “painting for painting’s sake” we realise it is the direction towards which Gonella is heading, careful to make of painting a speech about the surface, the composition and technique; as the engage is Velišček’s way, careful to unmask, even in its crudeness, the connections of power that symbols or pornography enact. Likewise Frangi researches perception and vision, the “emotion recalled in tranquillity” so dear to Wordsworth, whilst Fato reflects on the importance of the painting itself, of the subject and on the possibility of escaping from the nude, two-dimensional aspect of the medium.
Inevitably these are the main directions, the strongest components to which the four artists are attracted, but they are certainly not the only ones, given that, mundanely they are the outcome of complex interactions. Thus the game consists in identifying connections of strength and dependence between the polarities (with the methodological warning that the passe-partoute certainly does not open all the doors), using the required care and attention, seeing as how one is moving on a chess board that is first and foremost a battlefield. But it is from continuous friction that the dynamics of sense, of that value that transforms a piece of canvas or a paper into an object that never stops questioning us, are born. Reality is here: can’t you hear it knocking at the door?


Matteo Fato
Matteo Fato’s works are born from his obsession for painting. The artist has always loved painting, to the point where he deprived himself, voluntarily, for over two years. His choice was useful for his own artistic survival: terminating this daily tie with this seductive and possessive lover was the only way he could avoid being flattened, minced and digested by it. Distancing himself meant regaining space and air in order to think about other things, escaping from the beast whose voracity requires daily nutriment.
The works in oils he has created for the exhibition starting from the end of 2011 mark, therefore, his mature, meditated return to painting, after the most radical demands had been metabolized, and following the task of out-and-out decanting – or better still, of purification – marked by the use of Indian ink and oriental calligraphy. During this period of transition Fato has thus carried out a reflection not only on the two-dimensional potentiality of painting, simultaneously developing a marked sensibility for the continuous, sinuous line, where the brush never leaves the surface but searches for complicity, in a gesture that is a continuous embrace.

Giovanni Frangi
Giovanni Frangi would have good reason to add the expressive and positive potentiality of the macchia, that mass of simultaneously controlled/uncontrolled colour, to Kandinskij’s Point and Line to Plane. The chromatic mass is the compositional element that creates rhythm, pauses, episodes of invention and, ultimately, music, both in the more delicate shades as well as in the condensation that both become full-bodied, materic.
In fact the works of this artist from Lombardy are real sheet music, musical-spatial devices that create a profound, spiritual sense in the progressive distancing from the image being. In that freedom where the idea of mimesys is far distant, the work appears to purify itself from the toxins of representation, which seem to dissolve on the surface, like snow under an August sun. Thus one can feel and hear the sound inside the colour, the brush strokes follow one another like polyphic music and the onlooker might unconsciously want to put his ear close to the canvas in order to see better.

Giuseppe Gonella
Giuseppe Gonella is an animal. This statement might seem tranchant, but his ability to generate paintings incessantly – neglecting the world and everything around him – is rousing for any observer who loves to lose himself in the details before his eyes. This artist from the Veneto region is, in fact, a tireless artisan of the canvas: it is the surface that is the true subject of his work, whilst the genre and academic expressive codes are destined to burn violently beneath the blows of his brush strokes. Thus, his is pure painting, the source, oxygenated by the oddities of mountain rocks and the roots of centuries-old trees.
His works are affected by the stylistic elements of German painting, the Leipzig school in particular as it has been one of the most important phenomena of the last twenty years. But Gonella has more than that; he has a compositional madness, followed by a continuous and intense activity of adding finishing touches, that develops an aesthetic tension that has enormous impact. Therefore his works are produced for an infinite germination, for a paratactic reiteration of elements that leave the spectator speechless. Seeing, with Gonella, means marvelling.

Aleksander Velišček
Politics and power – economic but also mediatic as images – are the great themes that are the basis of Aleksander Velišček’s works. Both in the portraits, as well as in the representations of violence in pornographic films, the relationships between the persons are degraded to a mere hierarchy. Pleasure, stimulation, success or popularity succumb to the enforcement of iron rules, of ubi maior and of a submissive part that ends up being masochistic. According to Velišček, in fact, images are all political, even if they do not deal directly with politics.
The Slovenian artist, close to Slavoj Žižek’s neo-Marxist sociological analysis, vindicates a close politicization of painting as an expressive medium. But at the same time, with methods that bring to mind expressionism, he is careful to load the canvas and the faces of his characters with colour and poison. There is no possible redemption, not even for the onlooker, obliged to endure the violence of this sight.