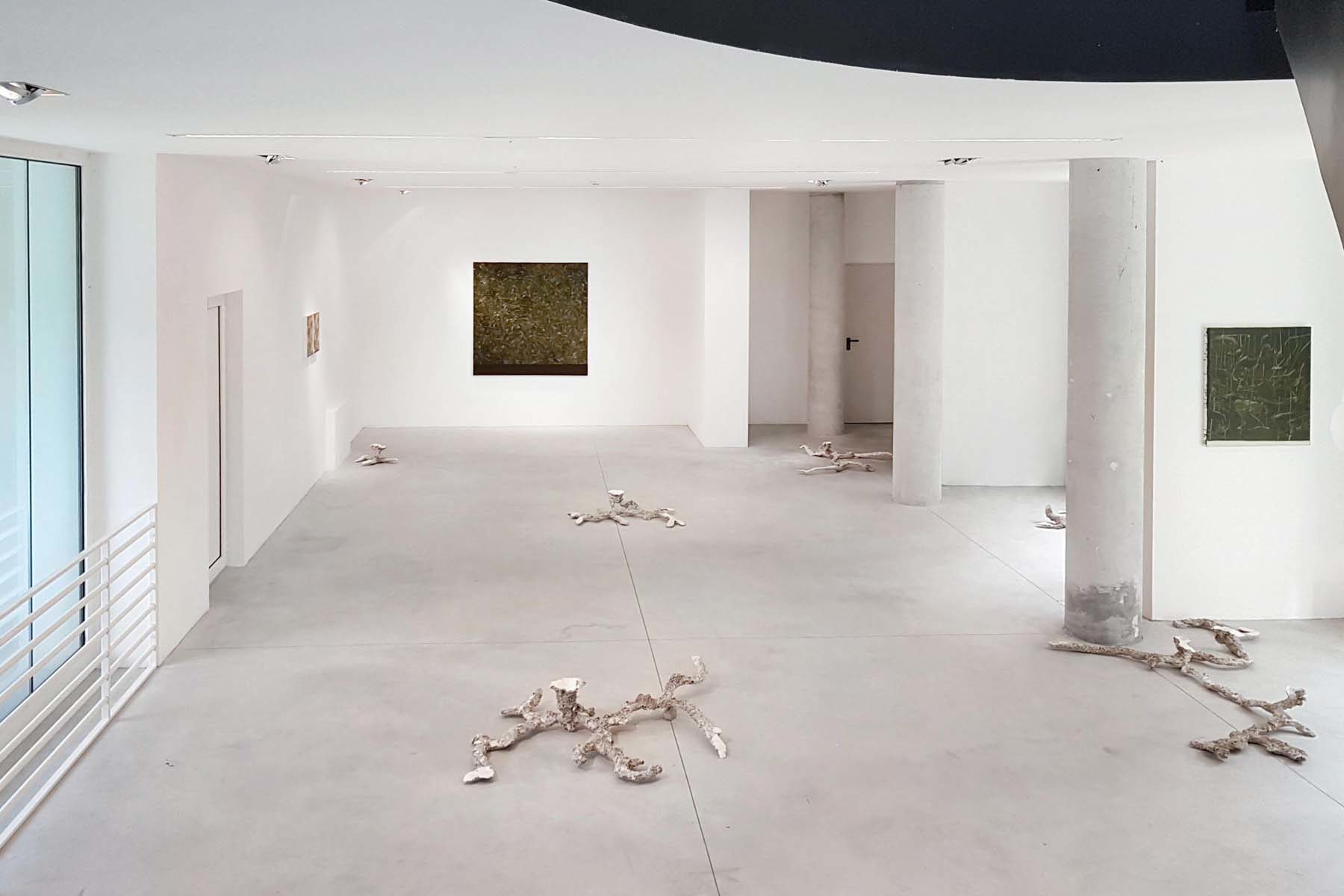 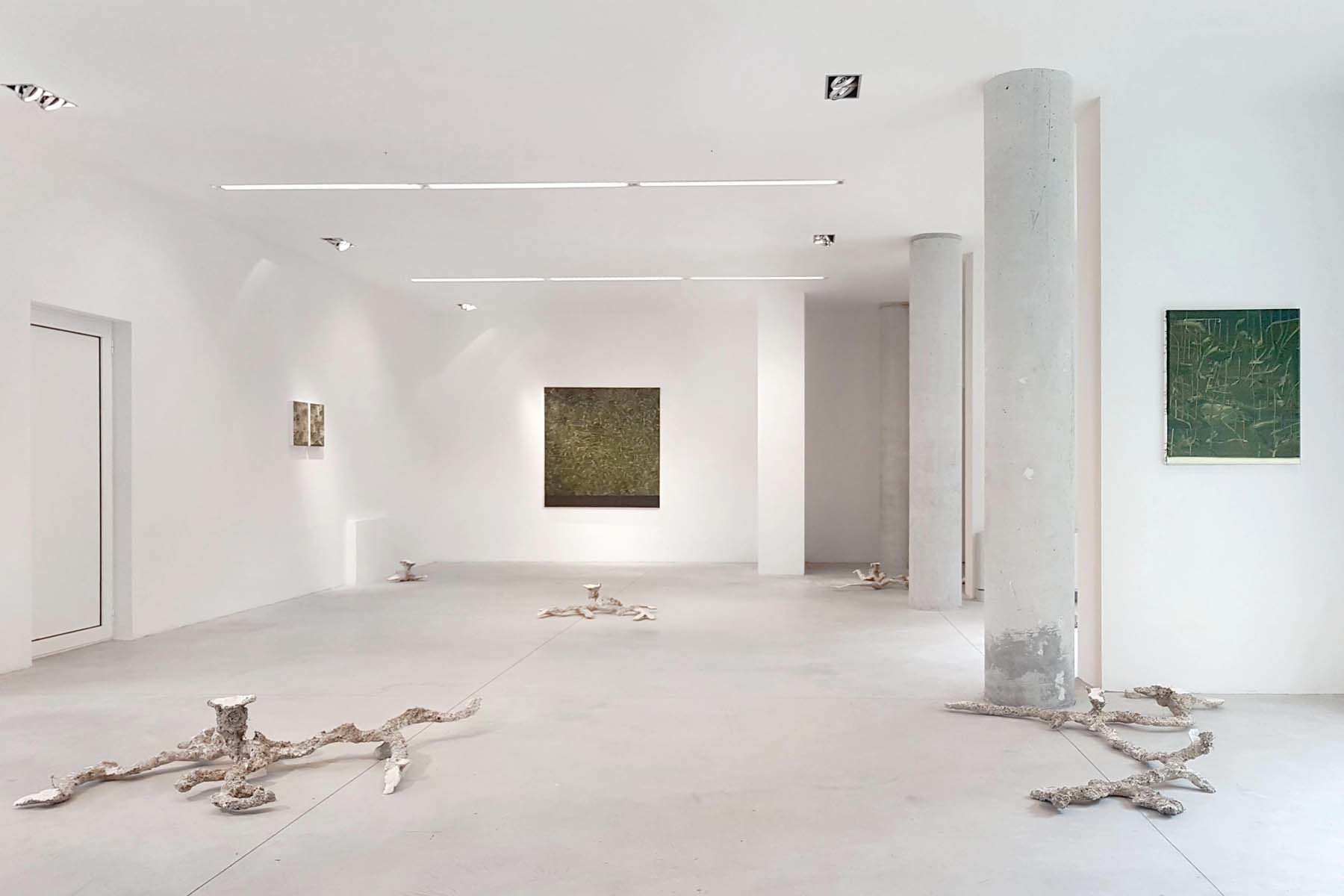 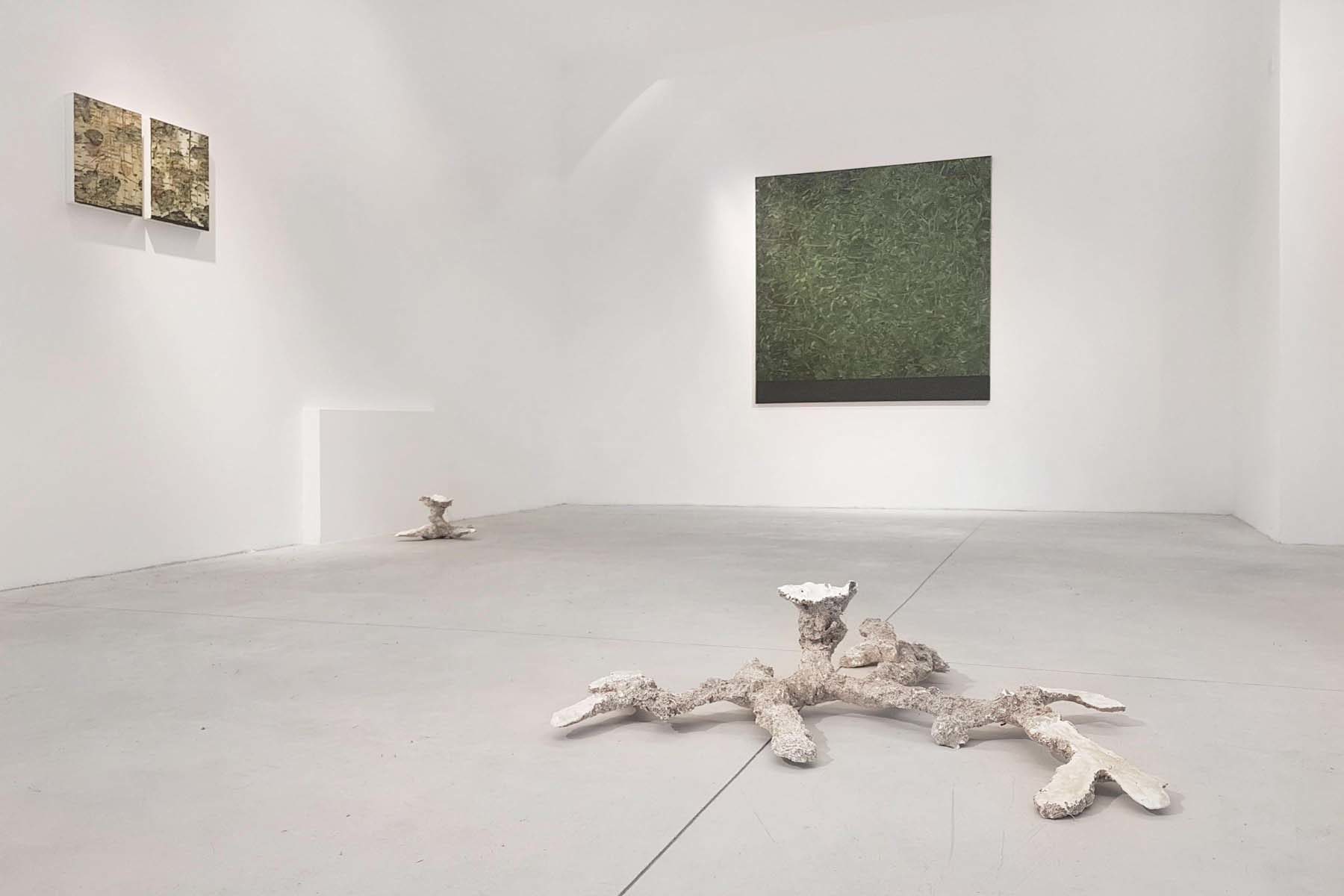 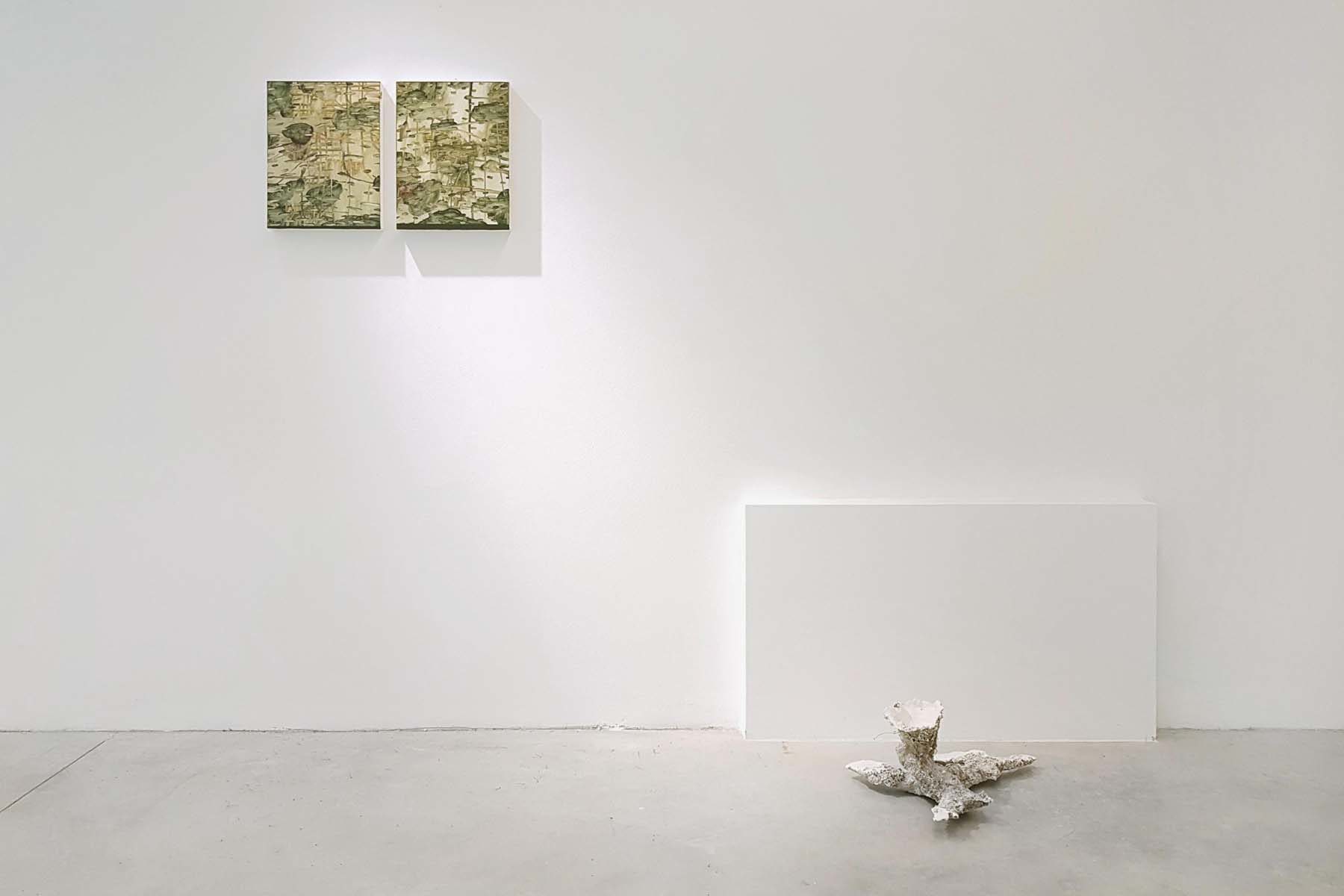 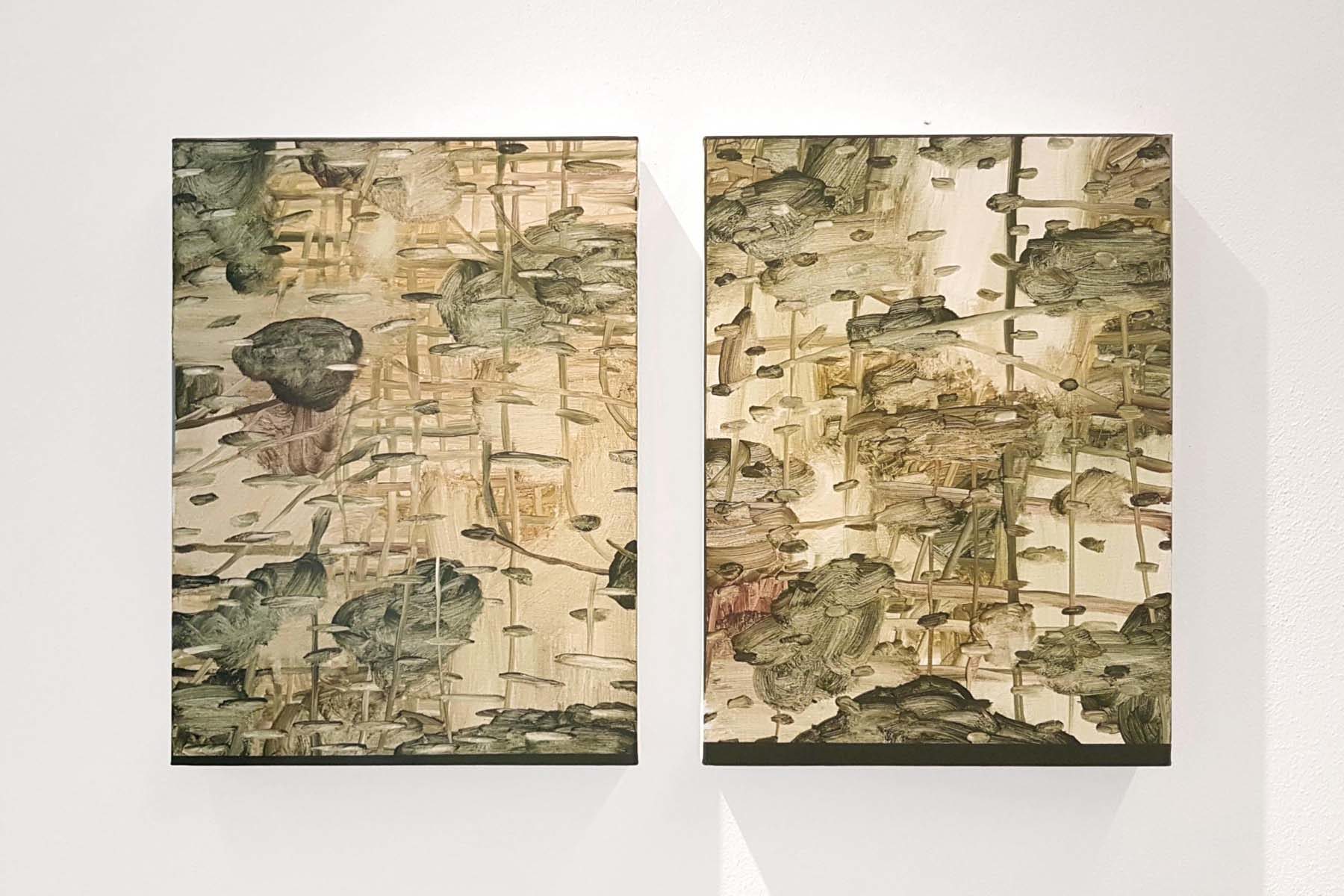 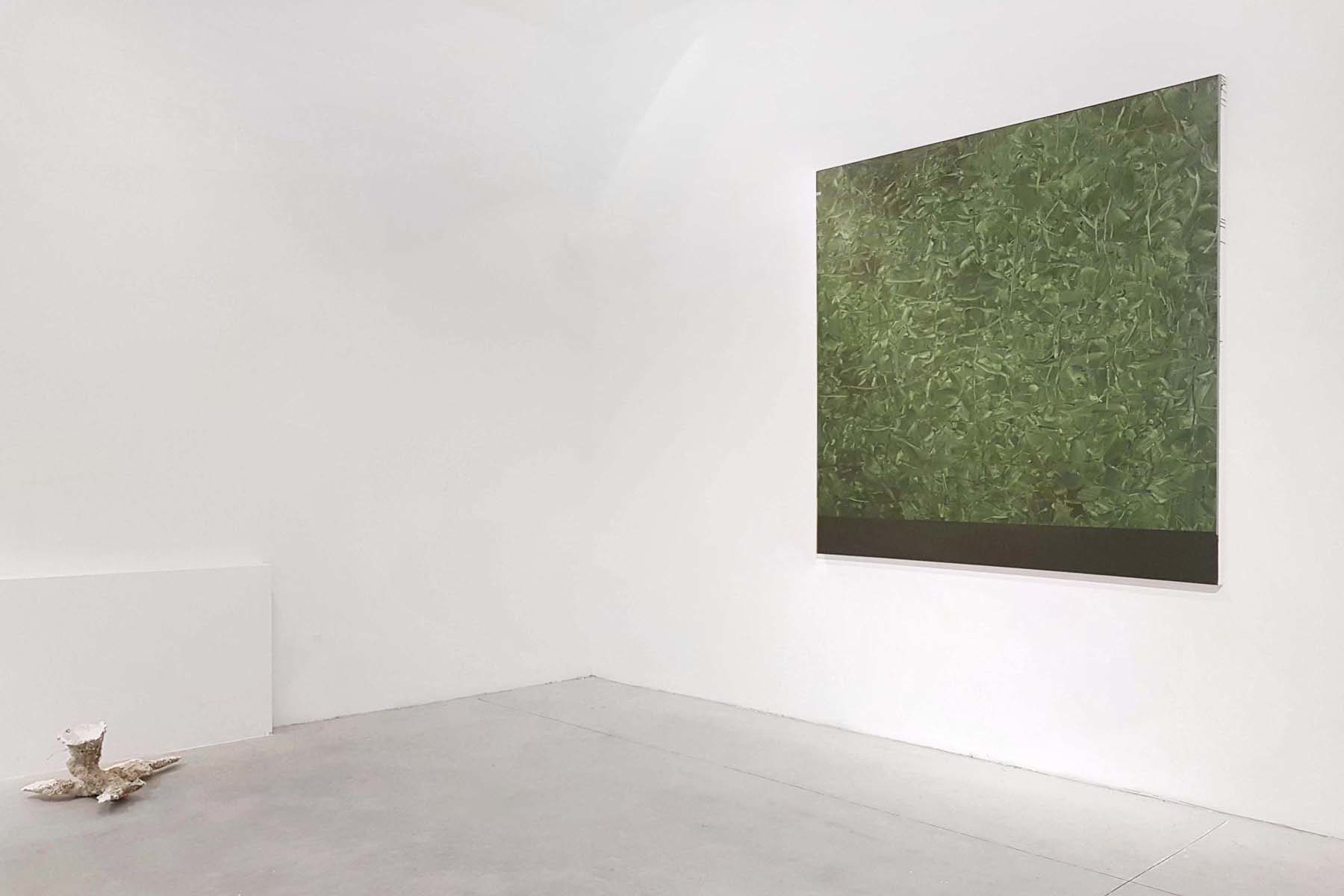 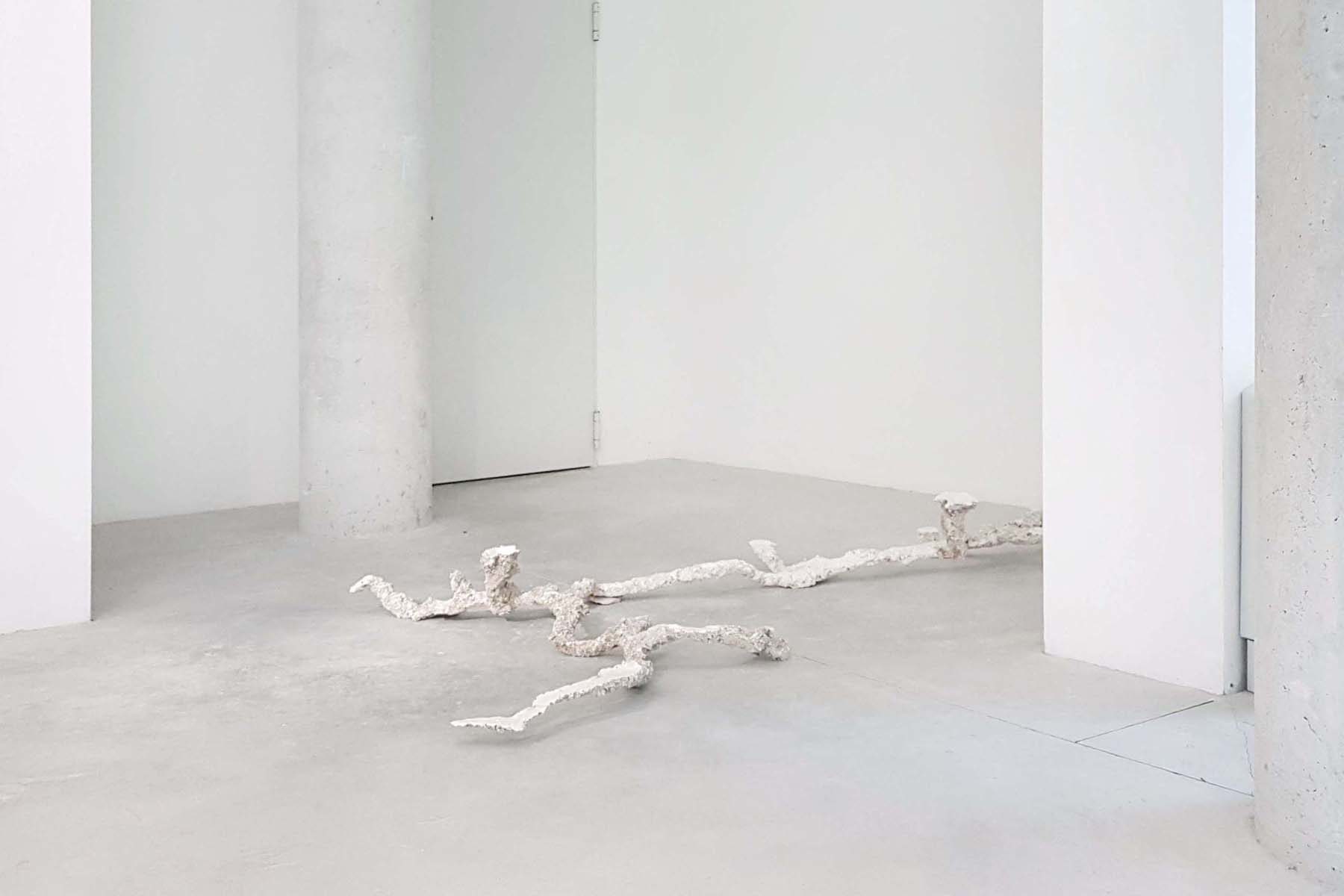 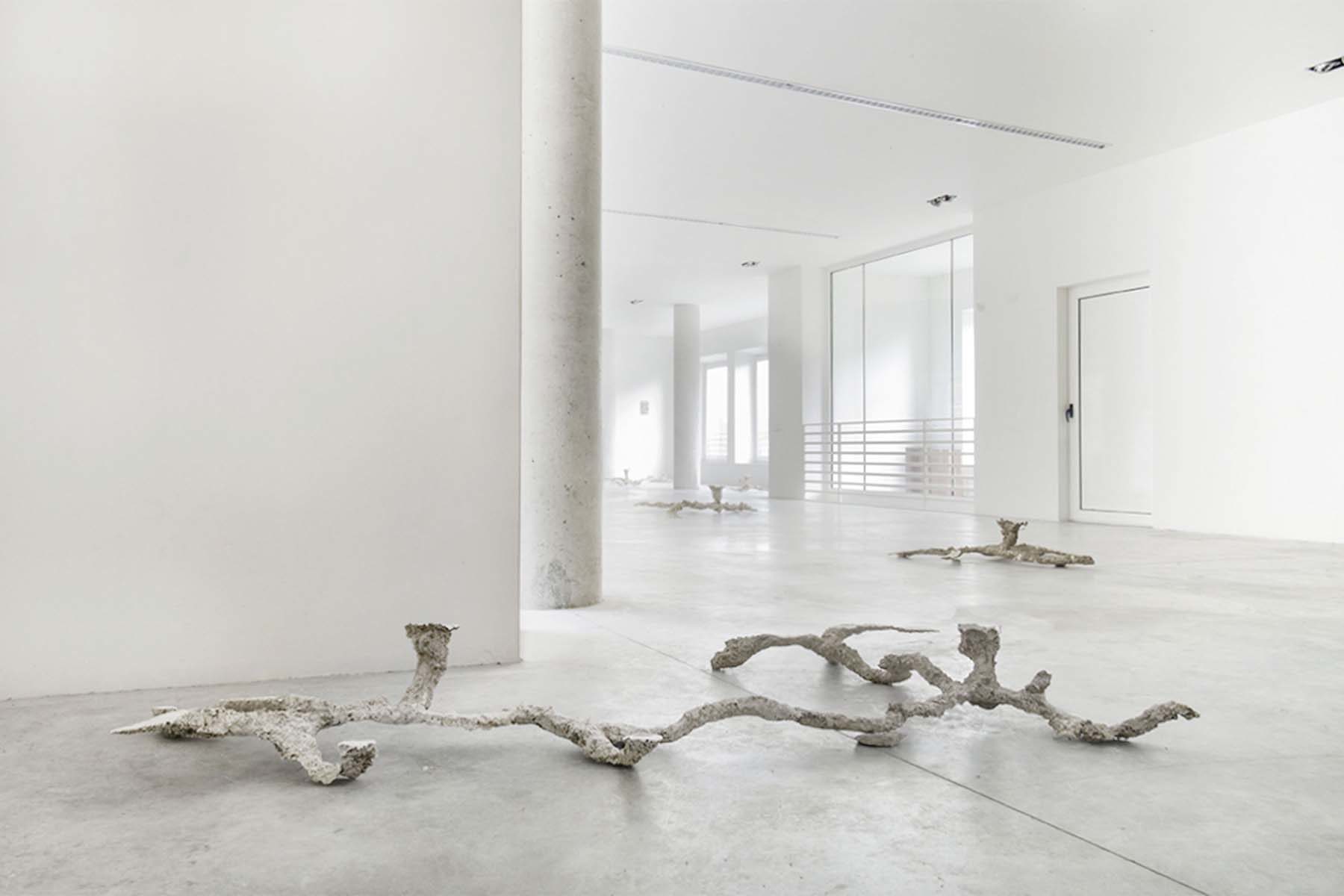 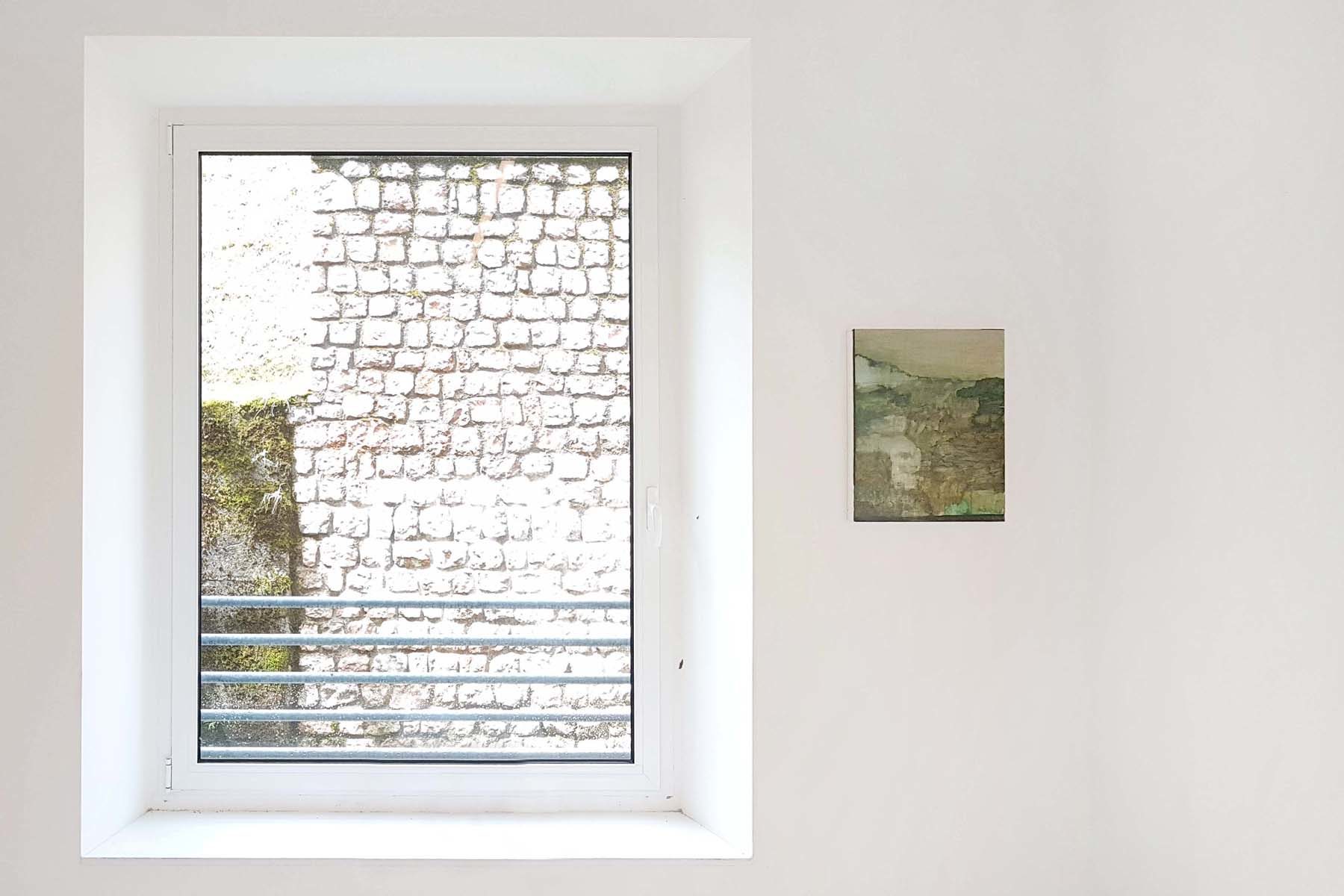 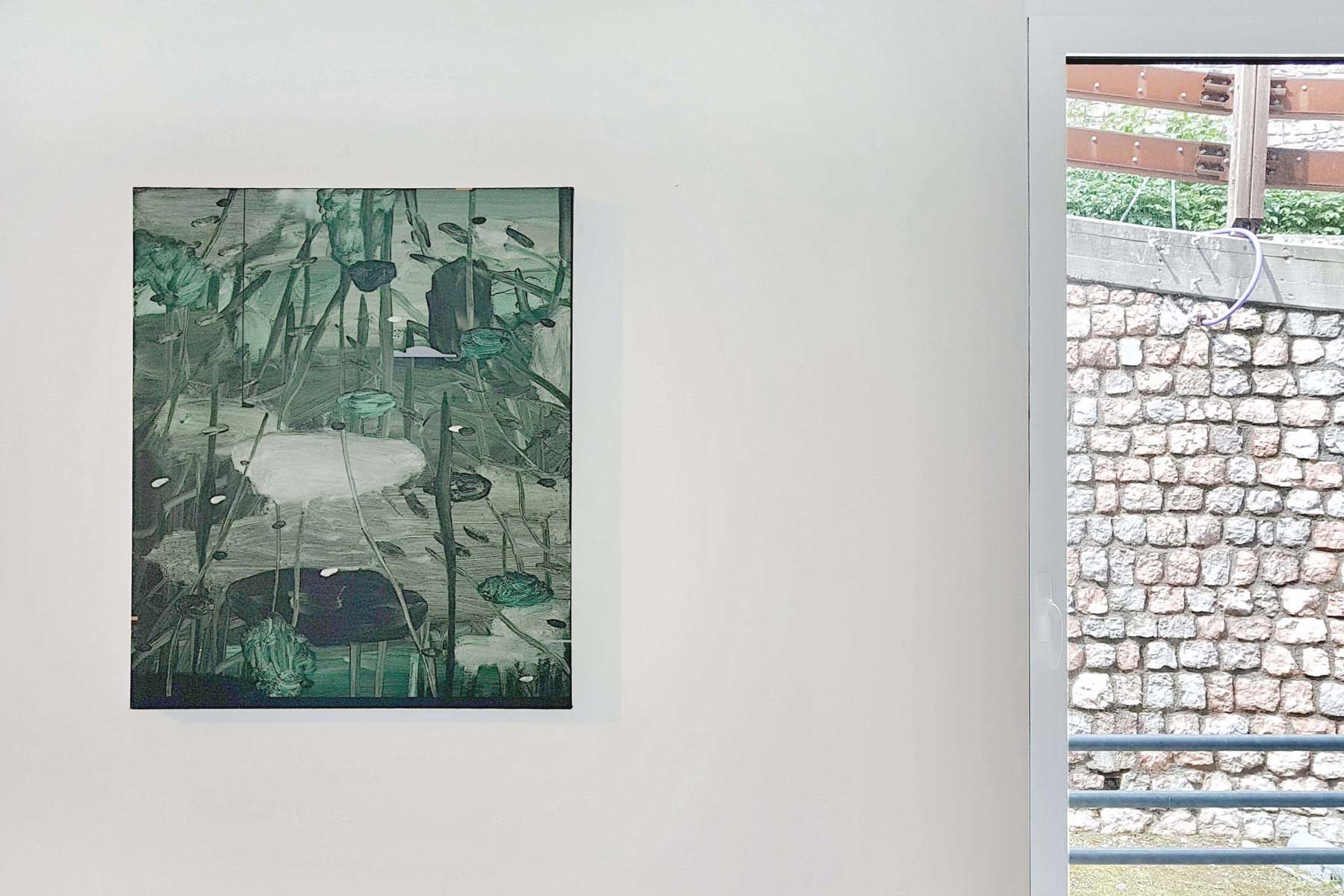 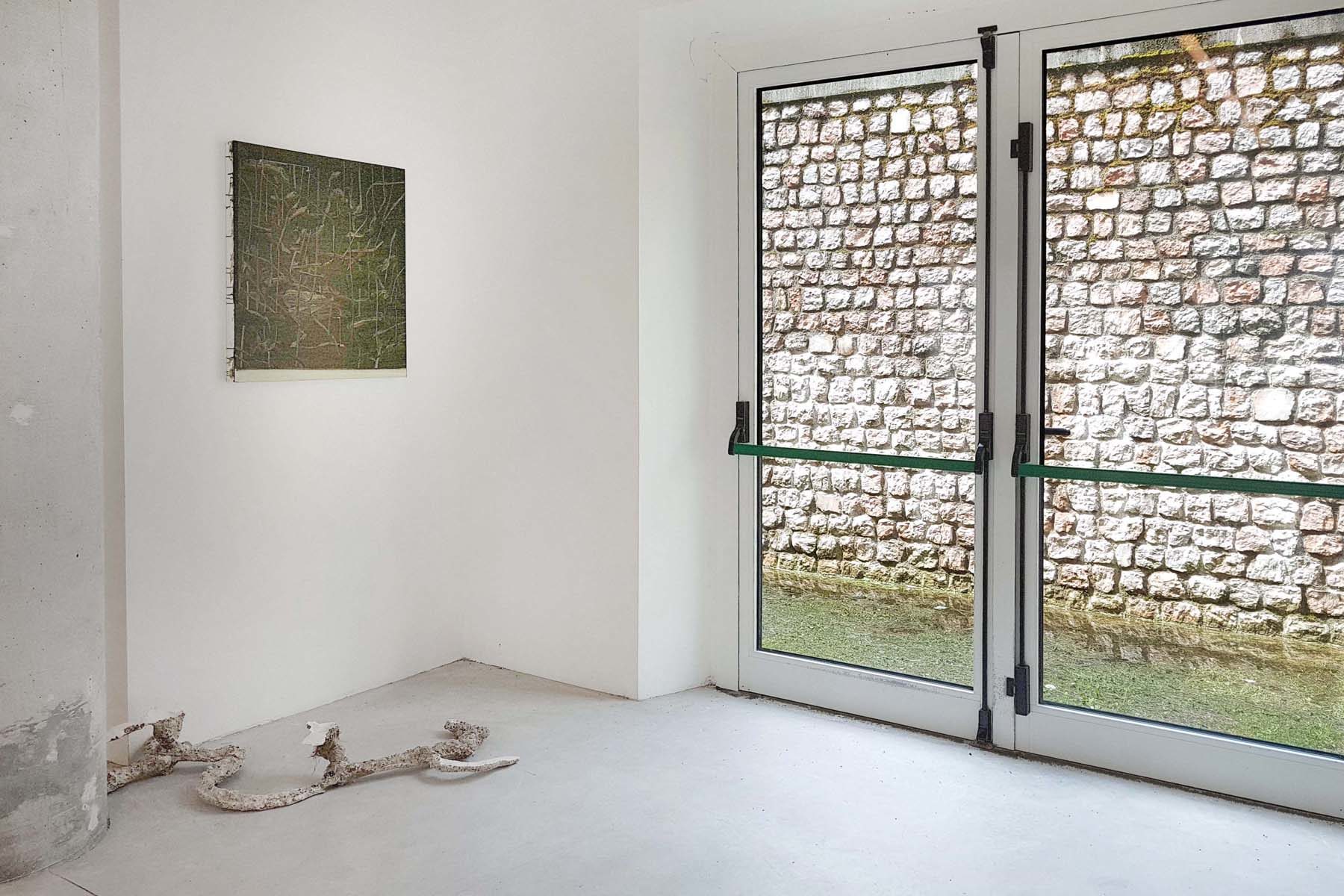 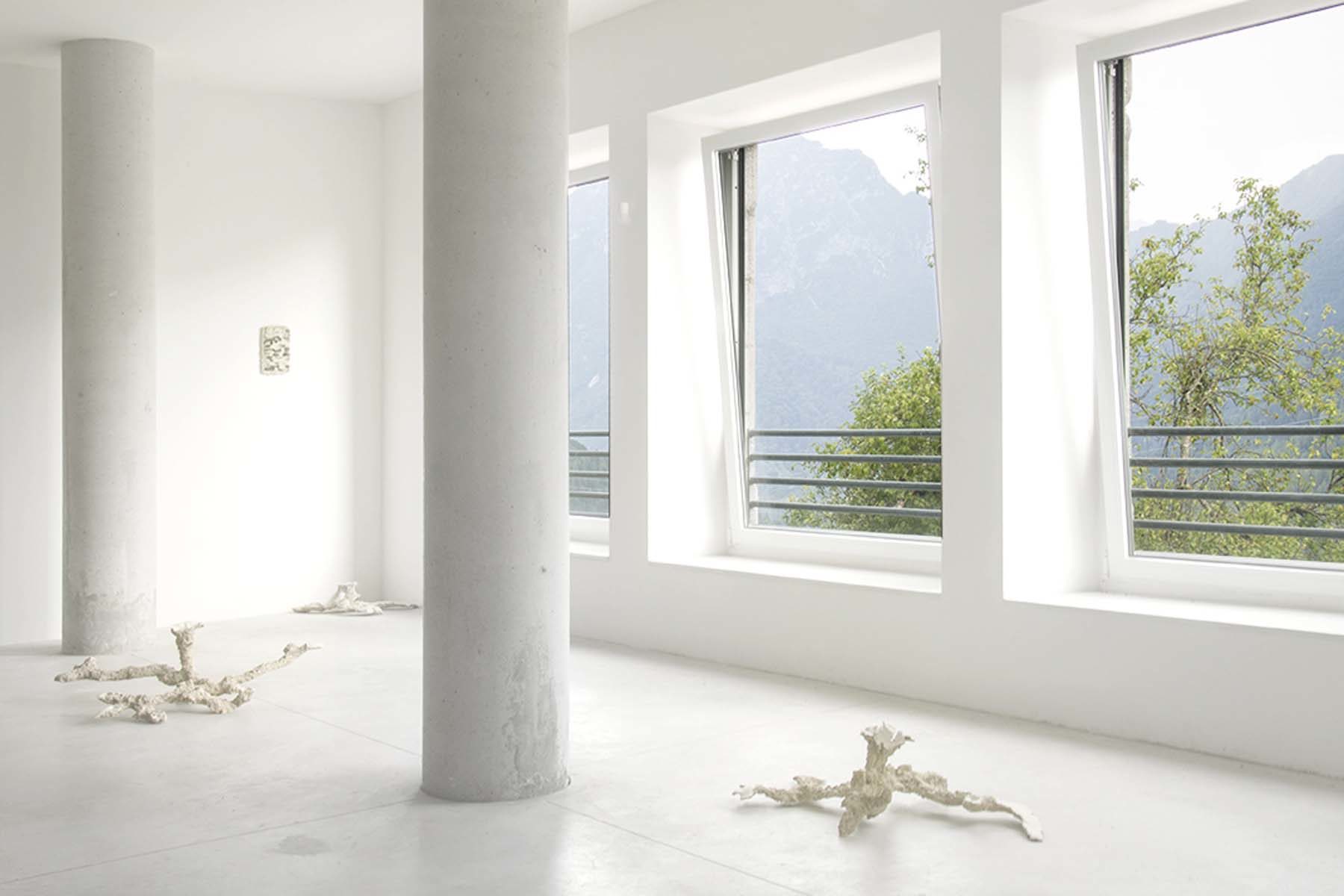 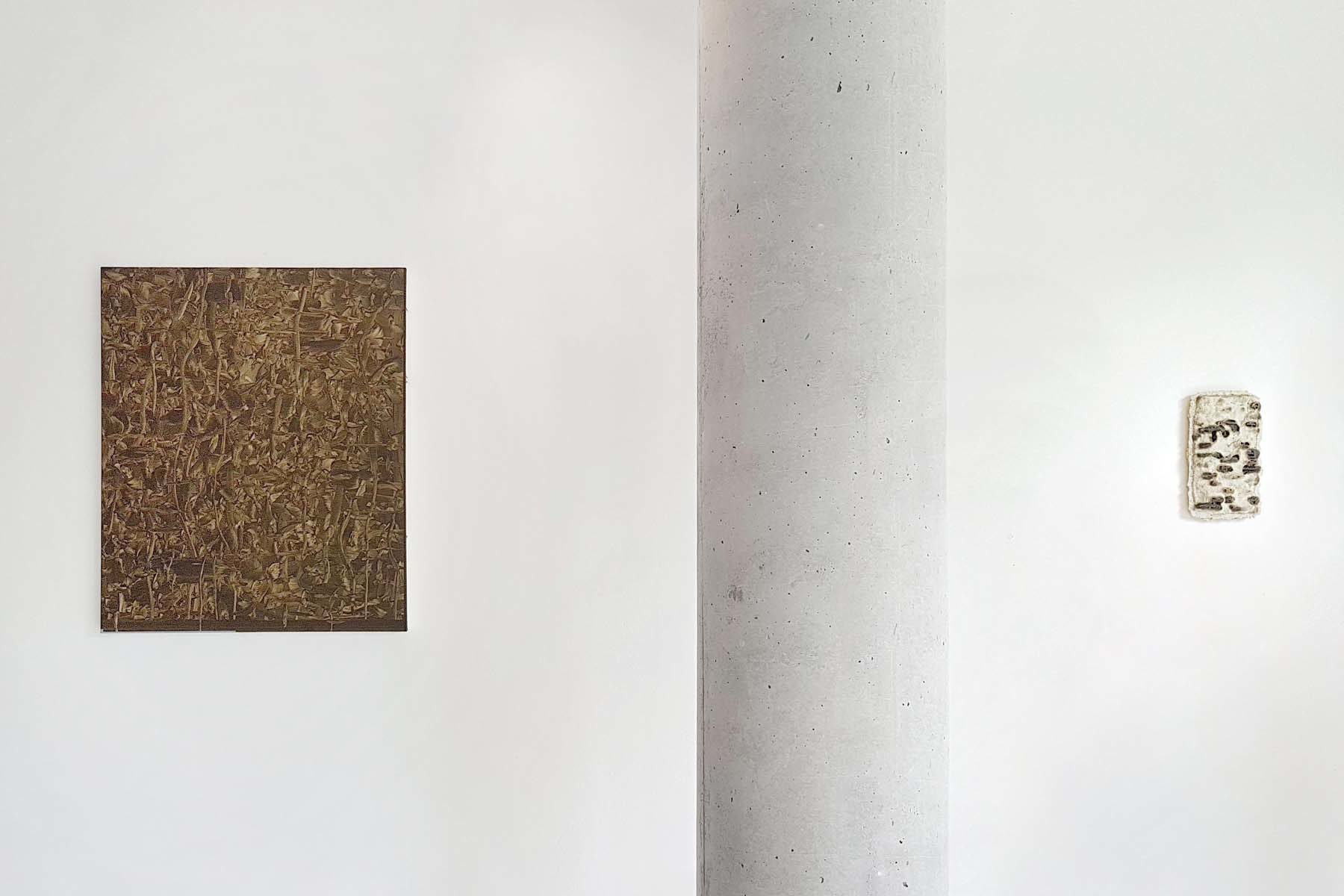 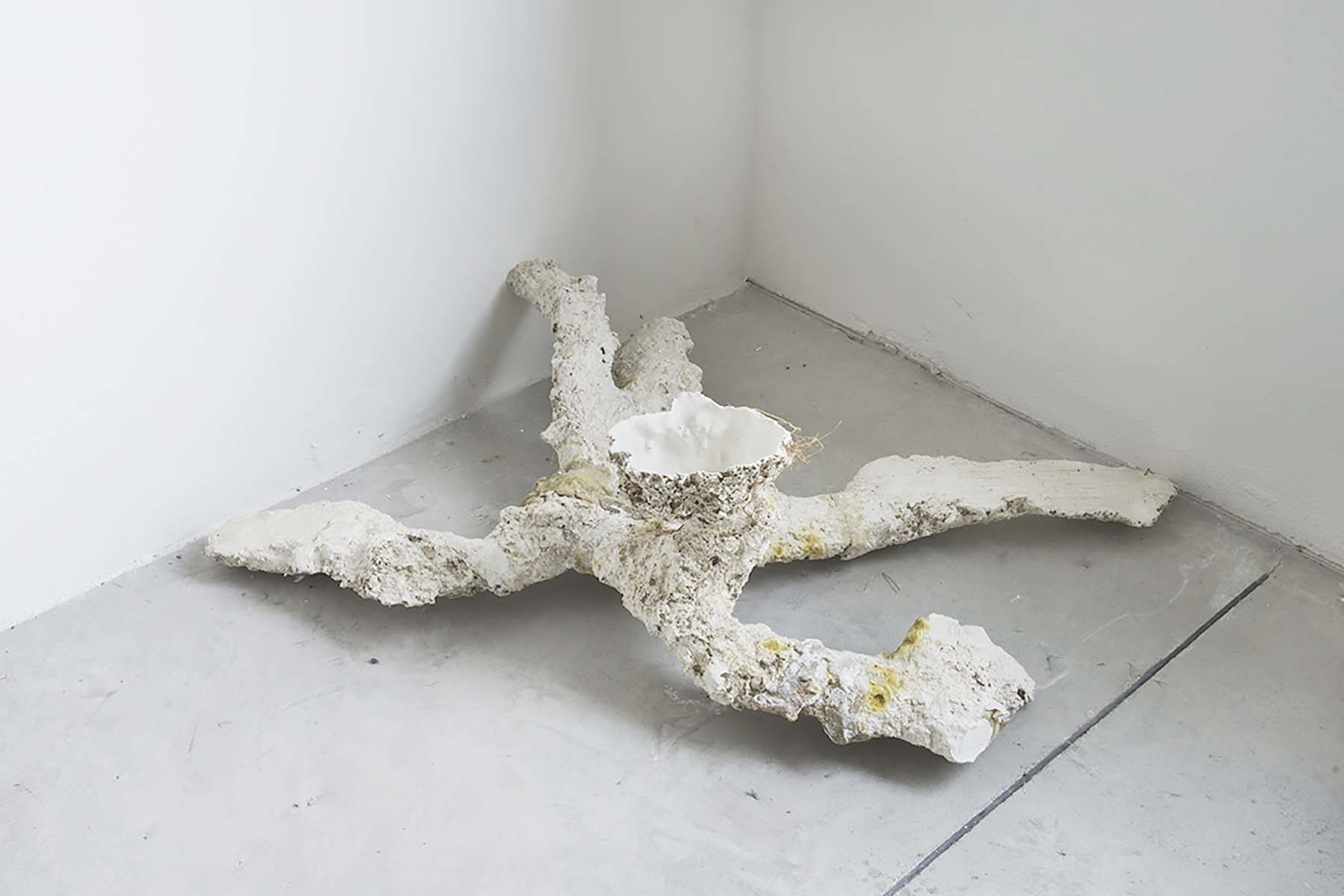 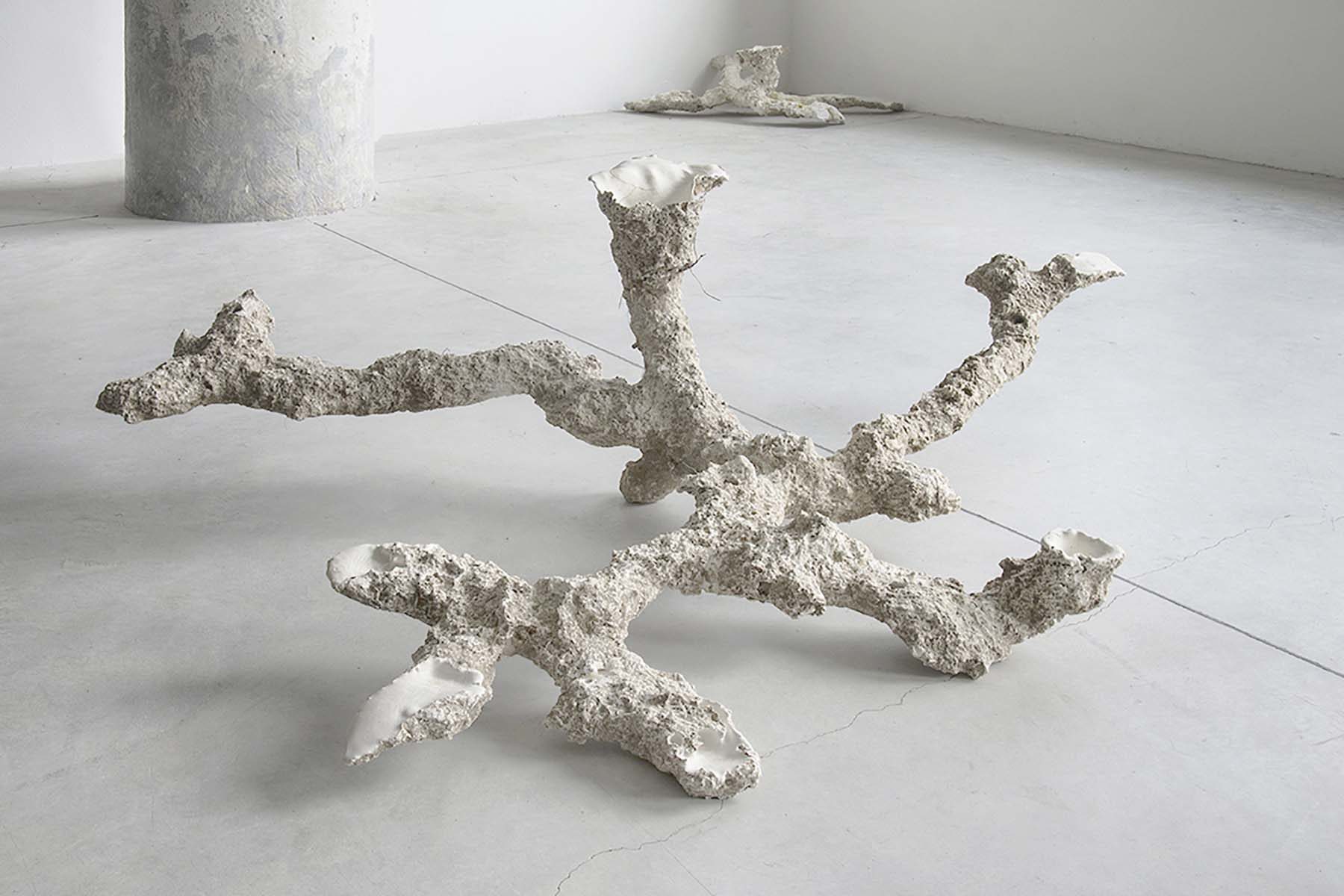 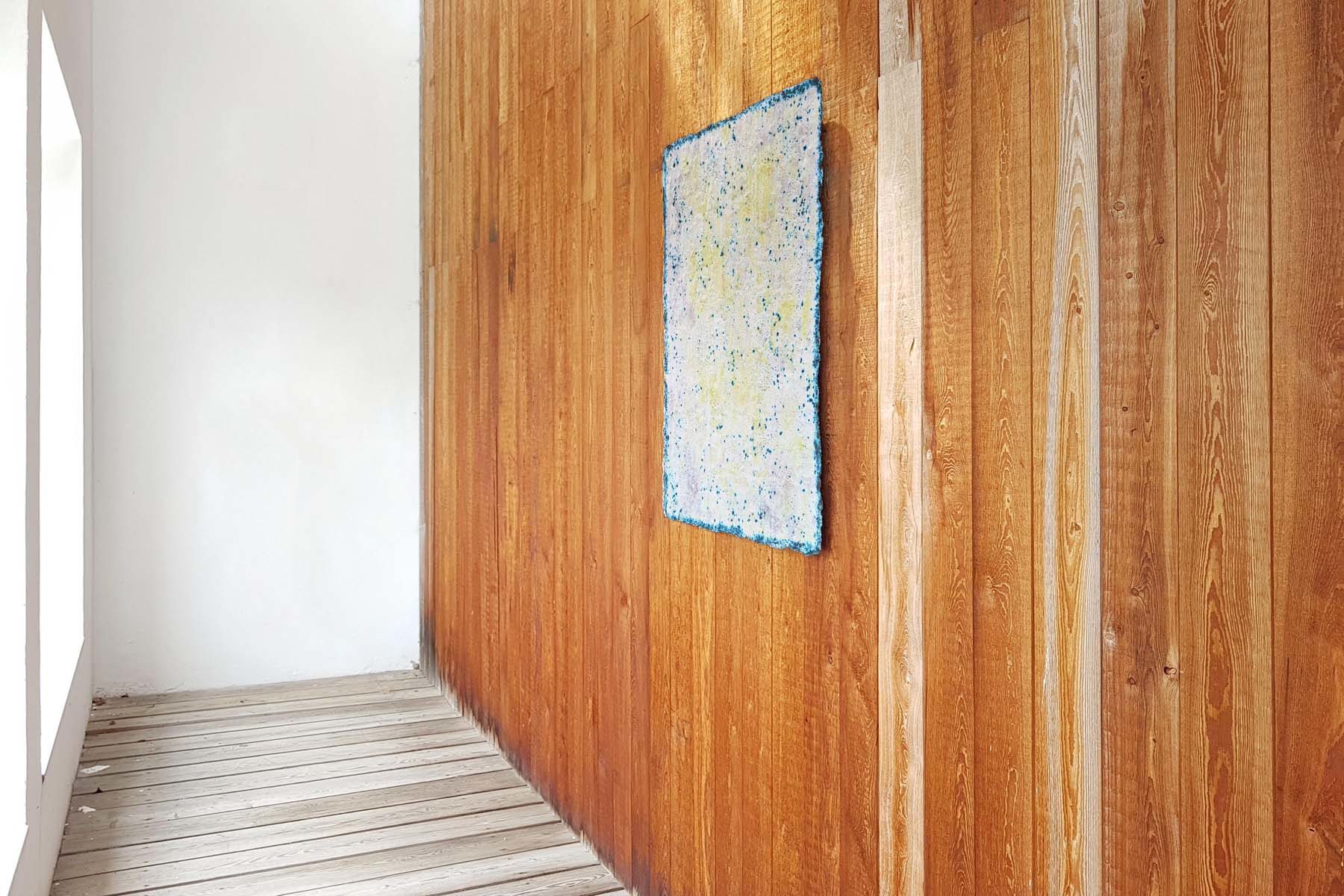 
Non-Euclidean Paths gathers twenty canvas and sculptural pieces all recently conceived by the artists at the Nuovo Spazio di Casso, as well as a few works developed in residency that bring together some of the most meaningful environmental stimuli of the location. The title of the exhibition deals with the birth, in the 1800s, of the non-Euclidean geometry, which allowed that branch of knowledge to go beyond the theories based on Euclid’s postulates, widening its analytical and generative potential. As a matter of fact, Non-Euclidean Paths studies how an artwork is the result of a mental flow and of a physical stratification process characterized by non-lineal trails. In the artist’s practice, indeed, contradictory executions, as well as temporal developments in anti-chronological form are frequently observed, which make ordinary interpretation criteria inadequate and require interpretative models never before created. The artwork – and, more in general, the very effort carried out by the artist – isn’t therefore an orderly and coherent Cartesian track, but the result of numerous and heterogeneous instances, which all shape the path in a tangled manner. That encourages the spectator to have the same approach of a person who moves inside an unknown woods, where he has to pay attention to the trees’ position, the slopes, the moss, the water of a torrent to a huge and untraversable rocks.

The practice of Mirko Baricchi is exclusively focused on painting, and it is mainly based on the executive process, that is characterised by a quick and incessant procedural method, based on actions of spreading and removal of colour on the surface. The physical work is pivotal in his practice, on the canvas that, in the continuous contradiction of doing-deleting, gains an explorative function. The pieces in the Selva and Wood series, which are displayed in Casso, call back to the world of the woods and of the wild, populated by a tangled and foggy forest made by horizontal, vertical and diagonal elements. The paintings are, at the same time, bidimensional images and mental spaces in which the gaze can rest for a walk, additional landscapes that live inside the artist’s head and in the psychic projections of the observer.

The research of Alberto Scodro is focused on highlighting tension lines and patchiness of locations, architectural structures, and matter, which are the object of essentially sculptural and installation-like compositions, many of which are site-specific. In particular, the artist turns his attention on the expressive possibilities existing in the chemical-physical characteristics of materials, in the deformations and alterations sparked by temperature, not to mention on the surprising, and at times ironic, combination of constructional elements. The pieces in Casso bring together some recent sculptures made by way of incoherently stratifying sands, glass crystals and objects, as well as a piece that displays, in a sculptural way, the complexity and creativity of animal architecture.