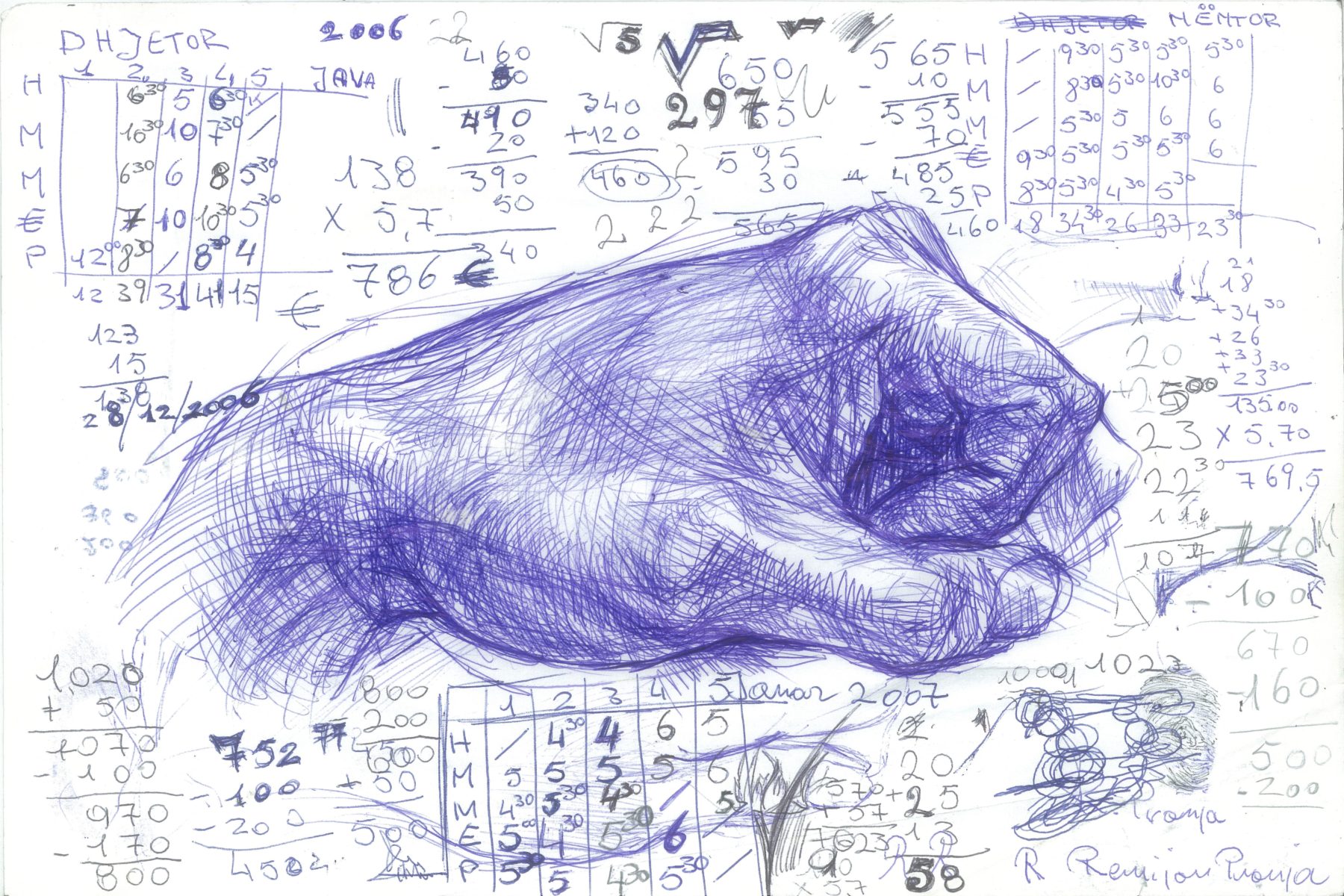 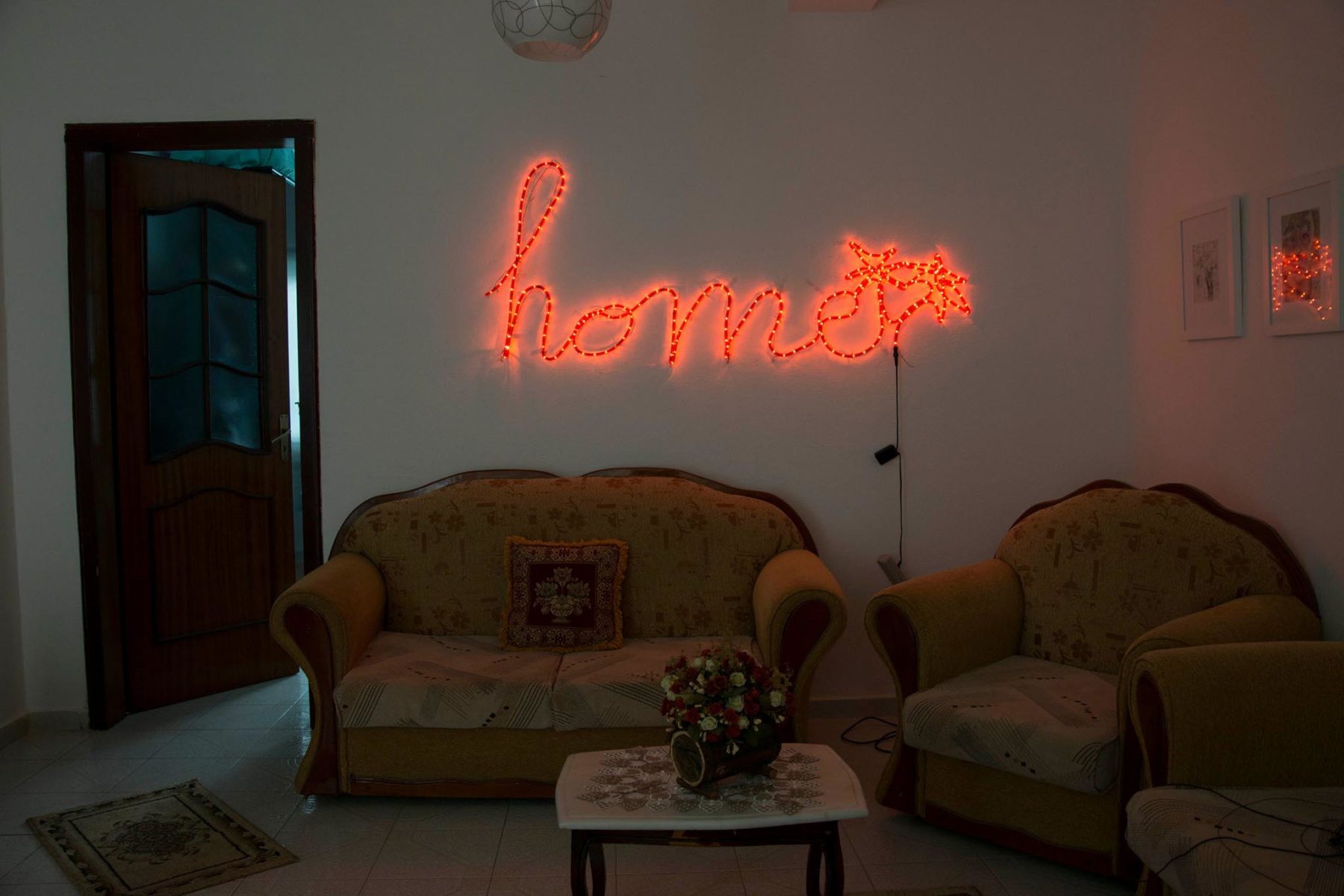 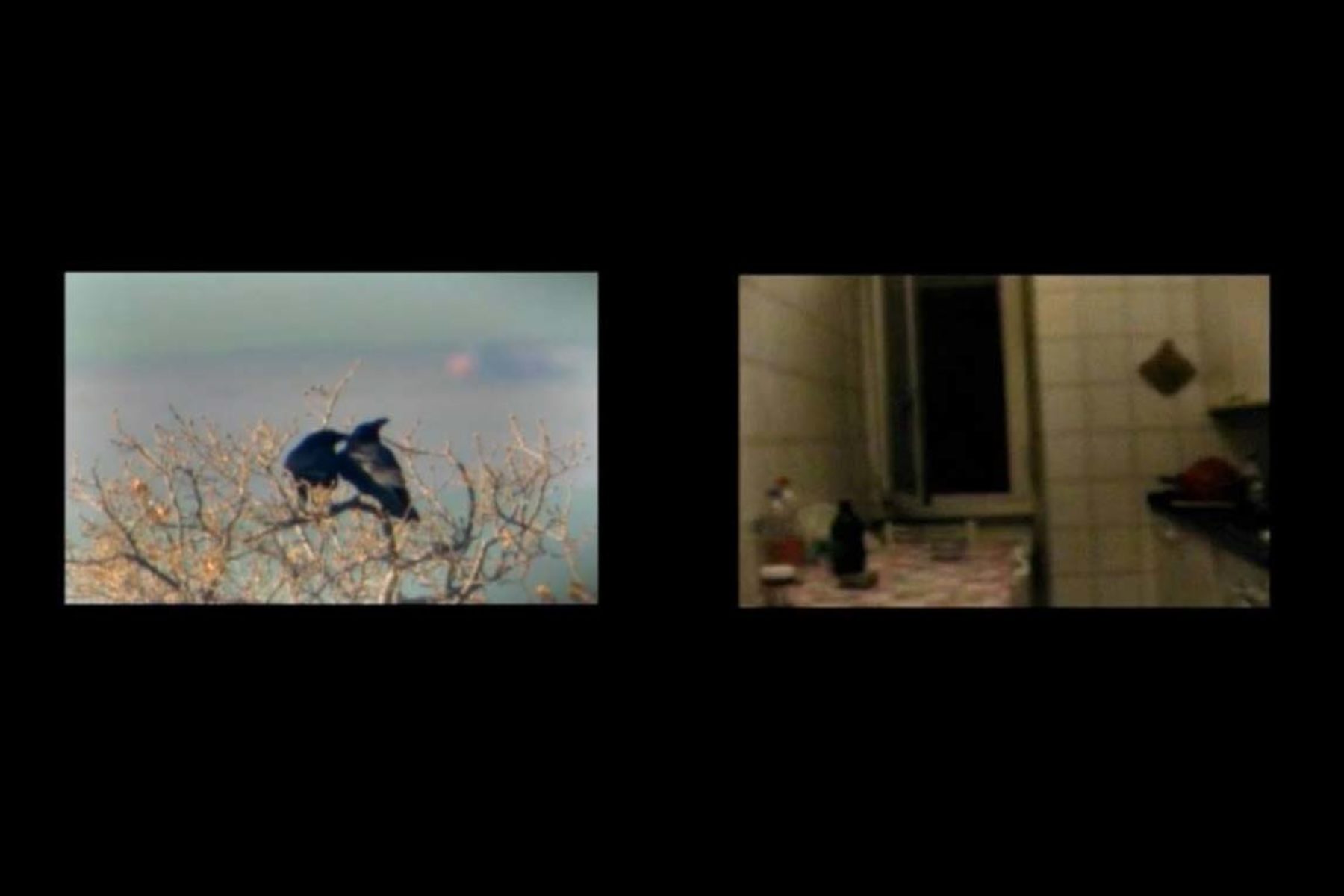 
Il vuoto nello spazio²
The works of Remijon Pronja frequently speak about the existential condition of the artist, coming to grips with everyday struggles and with insecurities stemming from the economic precariousness and the lack of social recognition. Il vuoto nello spazio² is a series of drawings created during Pronja’s time as a student at Brera Fine Arts Academy in Milan, time when he had to work in order to pay the rent and tuition fees. Thus, the artist was often forced to sacrifice university classes, which were in fact the reason why he kept on working.
This was the contradictory condition – apparently a no-exit loop – which, however, testified the desire to take one more step further to reaching a goal. Half-way between a work and a journal, these drawings show the calculations needed to keep track of the household expenses, the daily working hours, the money to be earned or that needs to be spent. But at the same time the sketches and notes of Il vuoto nello spazio² speak of a fleeting condition during which a person struggles to reach the artist status, to claim one’s own freedom and the space for one’s own expressive needs, freeing oneself from being a mere foreign student.

Home
Home sweet home, There is no place like home. The rhetoric of home as the best place to be, feeling safe and protected is immense. Remijon Pronja’s work – a parody of all this – is created with red led lights, similar to the ones used as Christmas decorations or during local food fairs. But Home is also an ironic statement that confirms – with its blazing and kitsch taste – that every place can be a homely space suitable to our needs; you just need to move the sign to another house in order to reject the false emotional and relational distinctiveness that it seeks to highlight. In Home Pronja shows that the words- and their connotative meanings – are often empty containers that can be used according to our needs, in no particular fashion. The artists seems to prefer the playful and Socratic substance of the unmasking to the glossy sheen of the words.

The Evidence of Game
The Game of Evidence is a dual-channel video, mysteriously confronting two crows cawing with what looks like a home interior. The camera is static on the birds, while the image is intermittent on the inside, where it progressively zooms in on a window. Such movement seems to lead back – rhythmic to the birds’ voice – to the outside, connecting thus – only seemingly – the internal and the external. But the work turns out to be nonsense, a video in which Pronja likes to lead the observer to false conclusions, towards deductions that can neither be confirmed nor denied. The observer is held in check, thus forced to be made fun of.