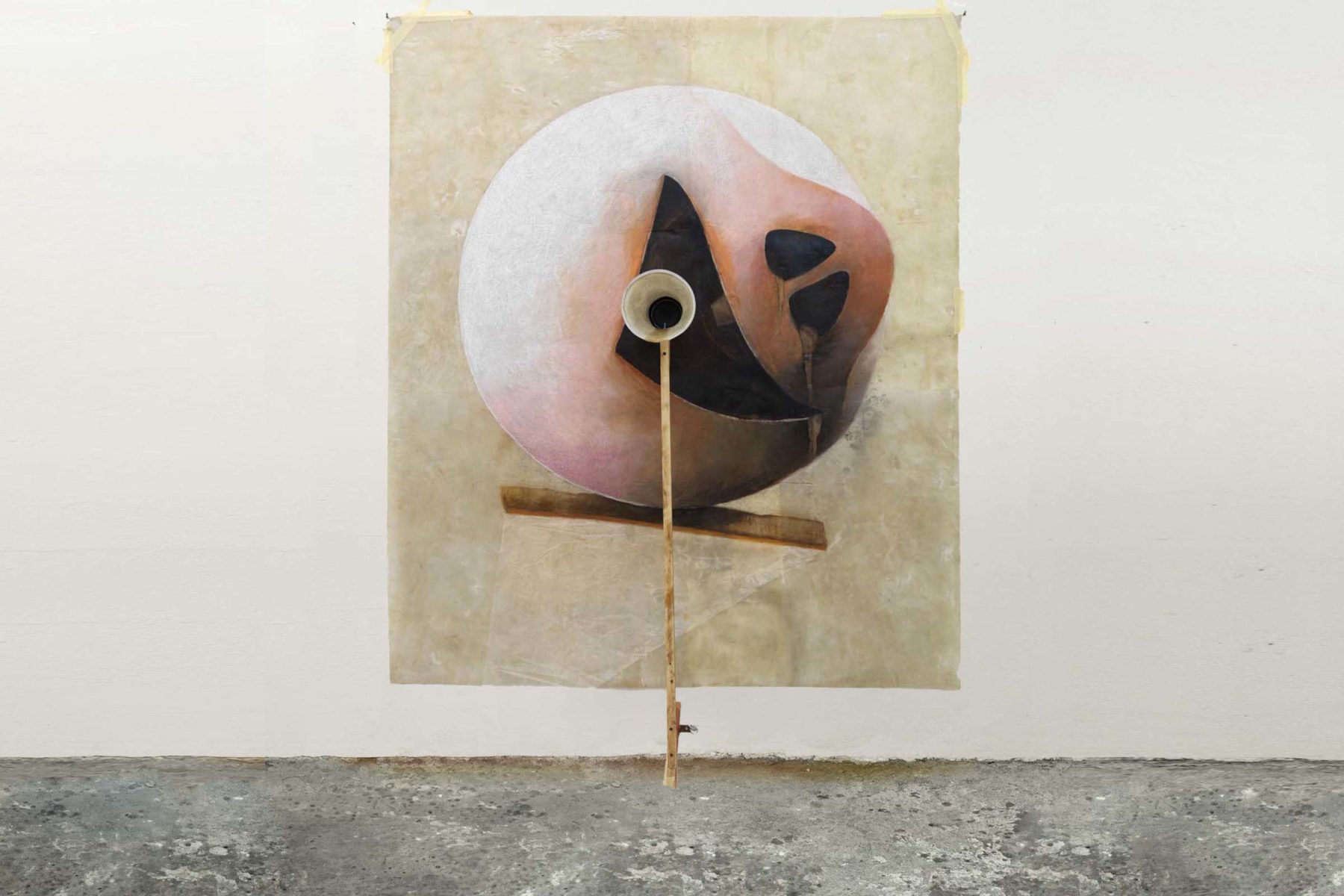 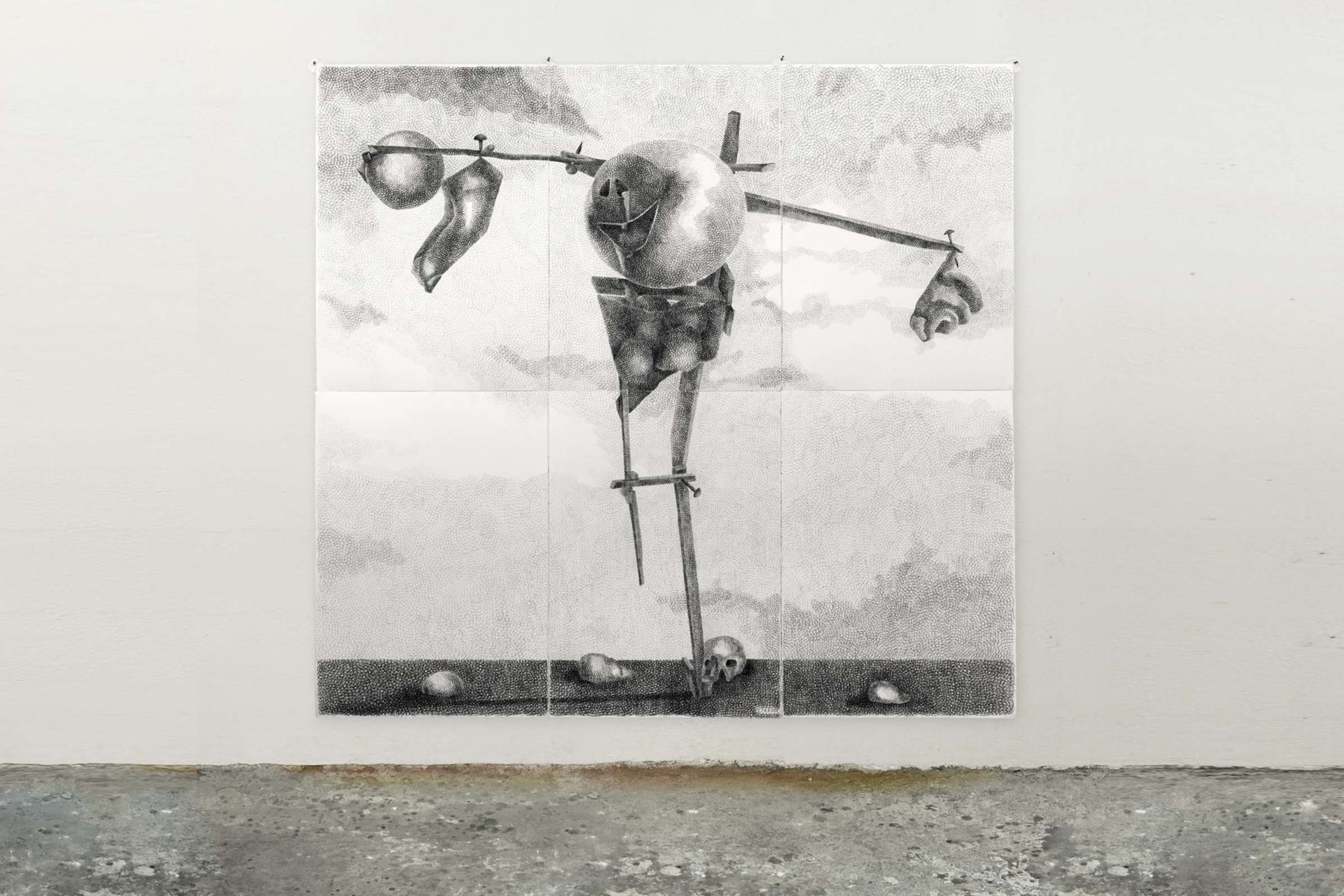 Do smiles abound on the mouth of the fools?
Daniele Capra


It has only recently been acknowledged – in the 1990s [1] in fact – that drawing is a medium in itself; in other words, it is a genuinely autonomous expressive form with its own identity and not just preparatory work or sketch, almost as though it were the younger or adolescent brother of painting. Drawing’s status – with the exception of the most radical and profound examples of conceptual art according to which the work and its plan are basically the same thing or, at least, that they correspond, as for example happens in Sol LeWitt’s work – has in fact been progressively renegotiated by the overall practice of art as one of the outcomes of postmodernism. As Barry Schwabsky has explained in his introductory essay to Vitamin P [2], painting is no longer just something undertaken with a brush but it is the result of infinite and heterogeneous actions and processes; and so it is equally legitimate to consider drawing as the sum of infinite addenda  in which the executive technique is simply the way for materially concretizing and thickening what is to be found elsewhere.

The ability to untiringly manipulate material is basic to all of Silvano Tessarollo’s work, so much so that it is can quite legitimately be supposed that he is an artist for the practice and impulse of operating and not, as it might be convenient to say or suppose, for thought. Of course, thought is never absent, but it is always in the background tiredly following the artisanal man that it is used to despising: the space for reflection is ex-post, a fait accompli. We have to know this in order to understand how he has shifted from a baroque and stunning sense of material to the more rigorous and measured pencilled black and white of Disegno Semplice. The fact that a drawing, or drawing tout court, as an undertaking is a starting point (obviously momentarily because the artist is still on the move) for Tessarollo’s evolution, on the one hand completely overturns the idea of the medium as a preparation and, on the other, gives us the measure of how – by working – the artist has undertaken an evolutionary path that is unimaginable even for those who are fraternal friends. And this path seems to start from discarding what went before and by discarding material as well, as though any earlier work was but the sketch for the next one. In other words, Tessarollo is always and only creating the same work, one characterised, however, by different forms (often not aesthetically recognizable)  because the adjustments that daily wear and tear demand are different. The viewer must only seek out the connections, since to frequently change style/form is in itself a style.

Disegno Semplice is a work on paper that started out from a photo of earlier works. If many artists usually use photography for painting or for inspiration – ours continues to be a world consisting of images – in this case the artist has chosen as his source a portrait of his own work. The chronological process is as follows: sculpture, photography in his own studio, drawing. If, in this way, the initial work is a direct projection of the artist (given that he has left the traces of his own hands), photography has been assigned a mediating role (for transmitting the iconographical apparatus and the system of marks), while drawing derived from photography, instead, recounts the return of hands at work. And then, from another point of view, there is the subconscious obsession for wanting to leave a trace of his own physical presence. In fact, the lugubrious and worldly warning of memento mori is opposed by Tessarollo with his personal and liberating remember you must live, a phrase that he himself has written – and not by chance – on a wall in his own studio. It is his birdlike vitality that moves in the trees that weaves and that holds together the twisting thread linking the three stages of his work where the surprising finale takes the place of an introduction.

In fact, Disegno Semplice‘s form is that of a group of sheets of paper arrived at as though by the addition of the tesserae of a mosaic which even the artist himself had never thought of (in fact all of Tessarollo’s work is additive, beginning with his sculpture). A first sheet is followed by others until a crucifix has been formed where, in the place of the expected Christ, one of his sculptures has been placed (which leaves the suspicion that the work is in fact a discourse about itself, a metaphor for its own suffering, in a maieutic [3] form). At the bottom we can see a skull and a few rocks on the floor. The work is laid out as series of lines, segments of a circumference that interweave to create chiaroscuro, with a criterion that is heavily reminiscent of dry-point etching. The impact is stinging, irritating, as though in a tragic and solemn moment we heard an incongruous and unexpected noise explode in a sacred place. In this it seems we can hear Gino De Domenicis’ undergraduate laugh.


[1] Think of the importance given to the works of such artists as Kiki Smith, the Chapman brothers, Raymond Pettibon, William Kentridge, or Luigi Ontani.
[2] B. Schwabsky, Painting in the interrogative mode, in Vitamin P: New Perspectives in Painting, Phaidon Press, London, 2002.
[3] Maieutics was the “obstetric art”, the dialectical procedure used by Socrates for searching for truth by beginning with a confrontation with another.