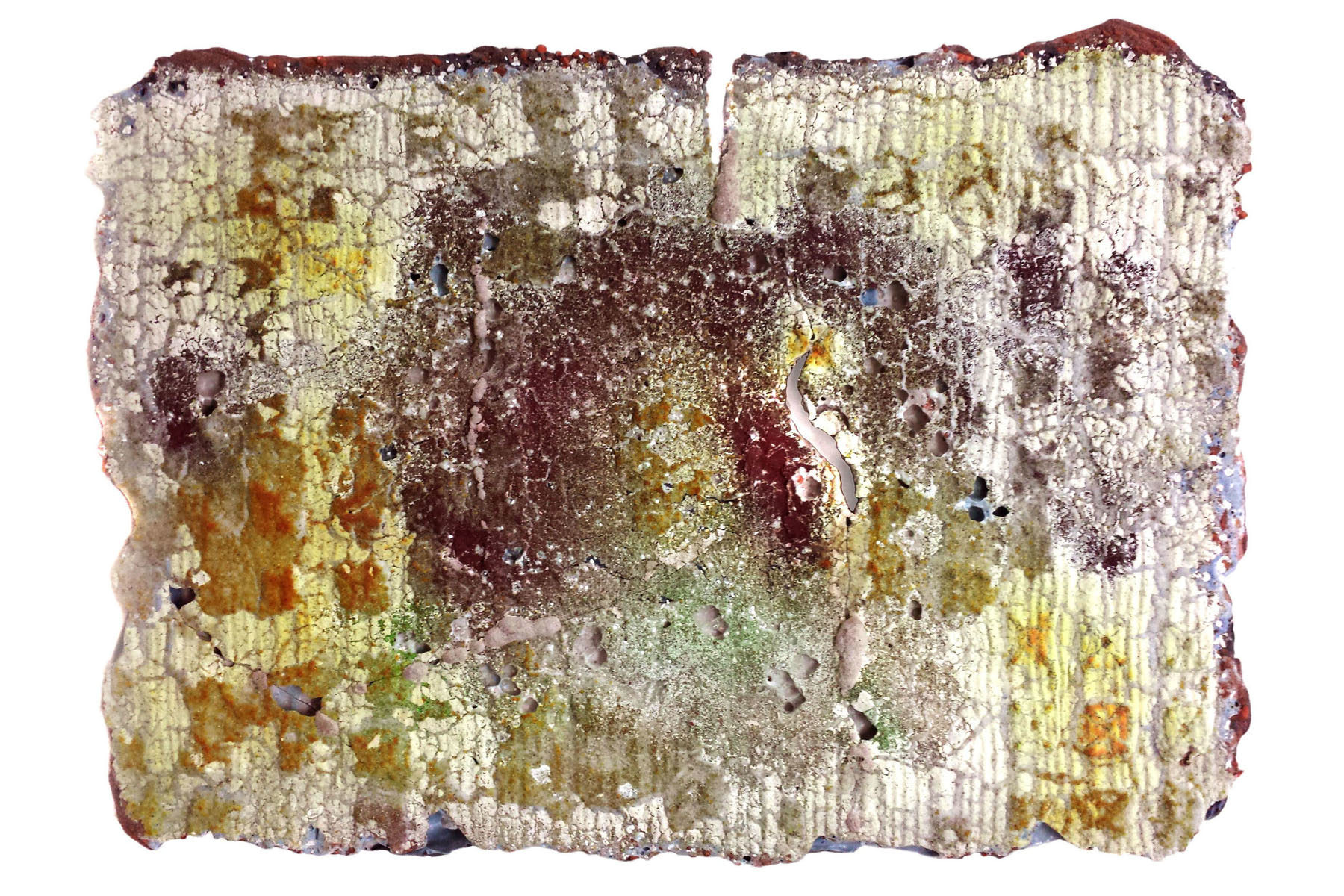 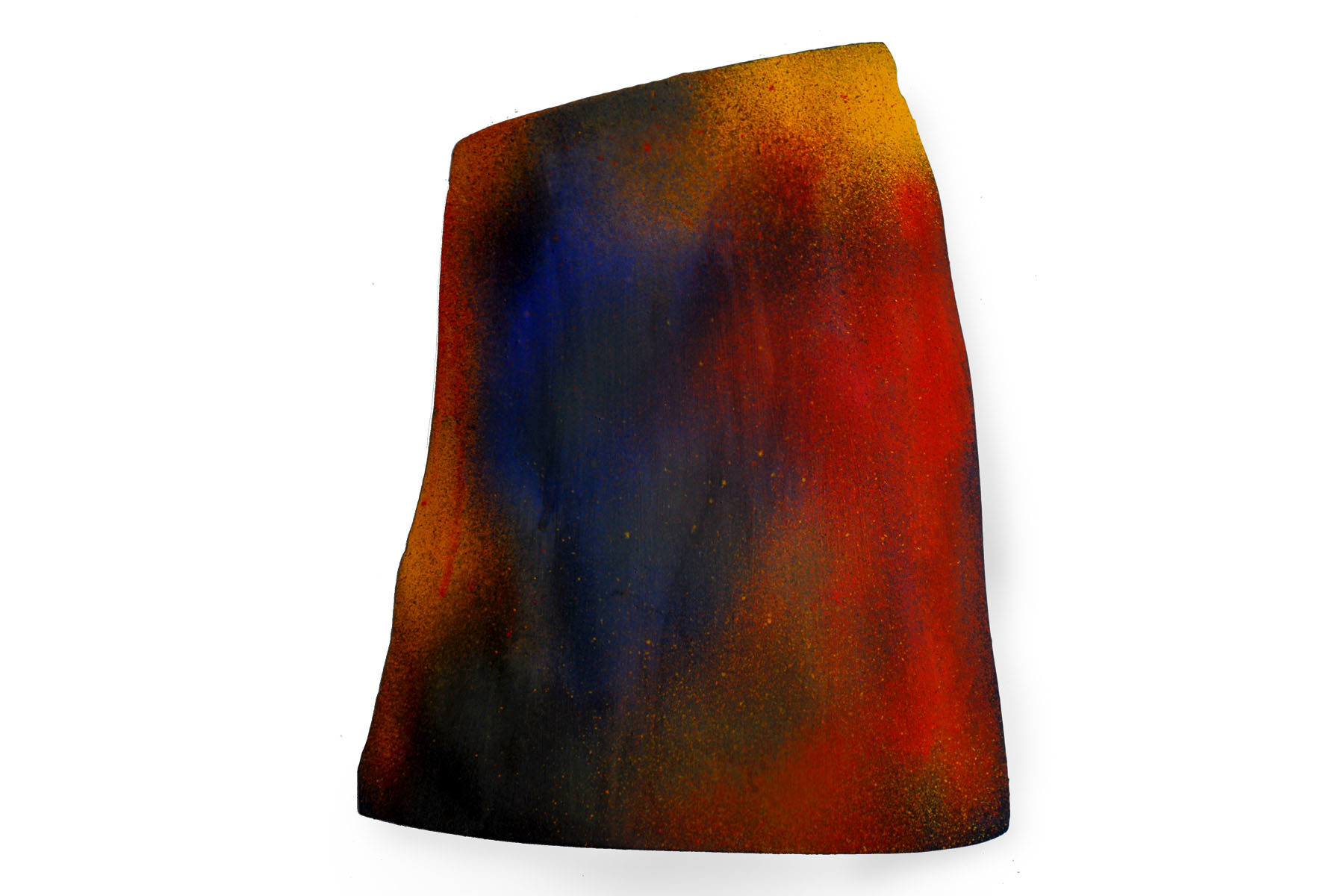 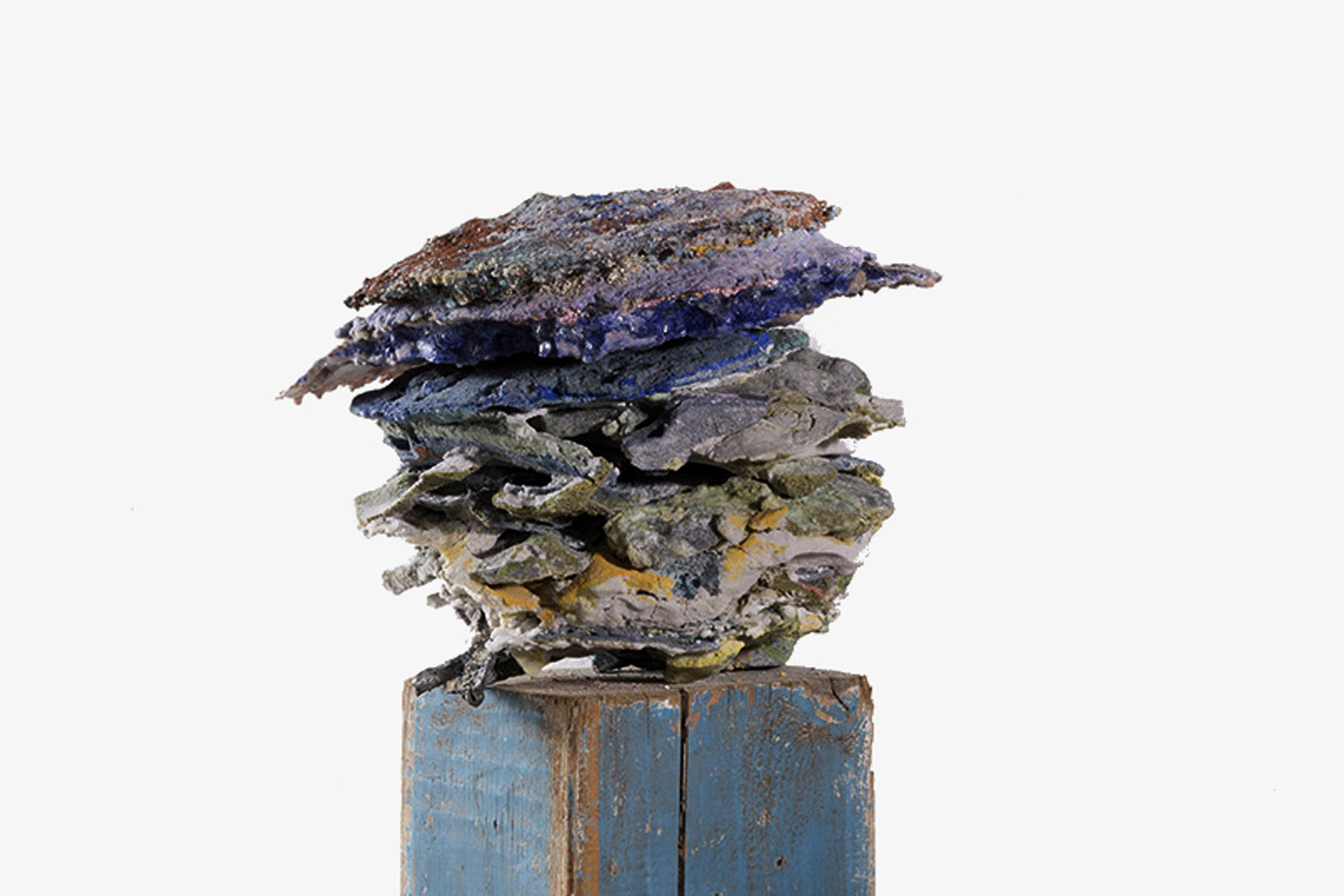 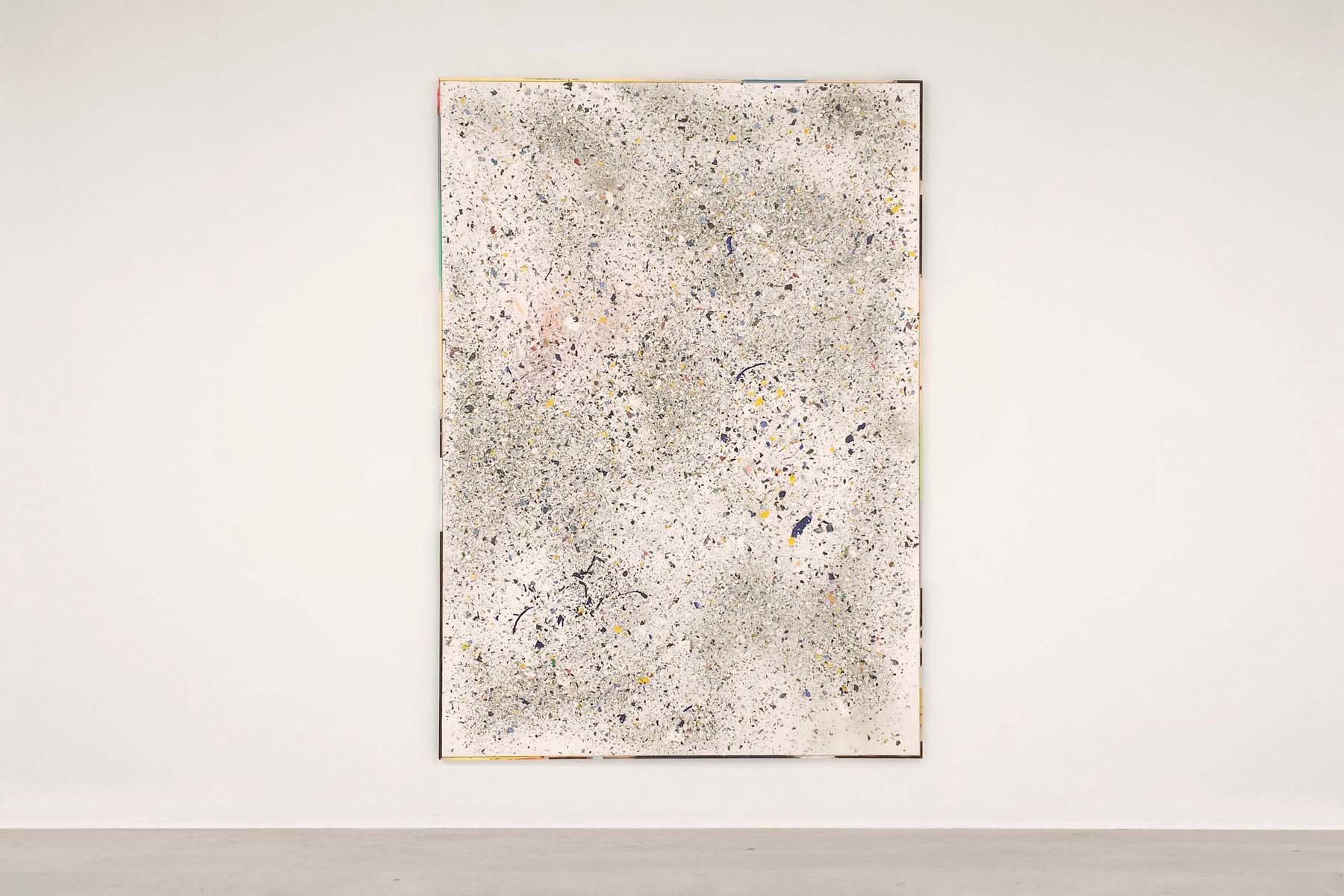 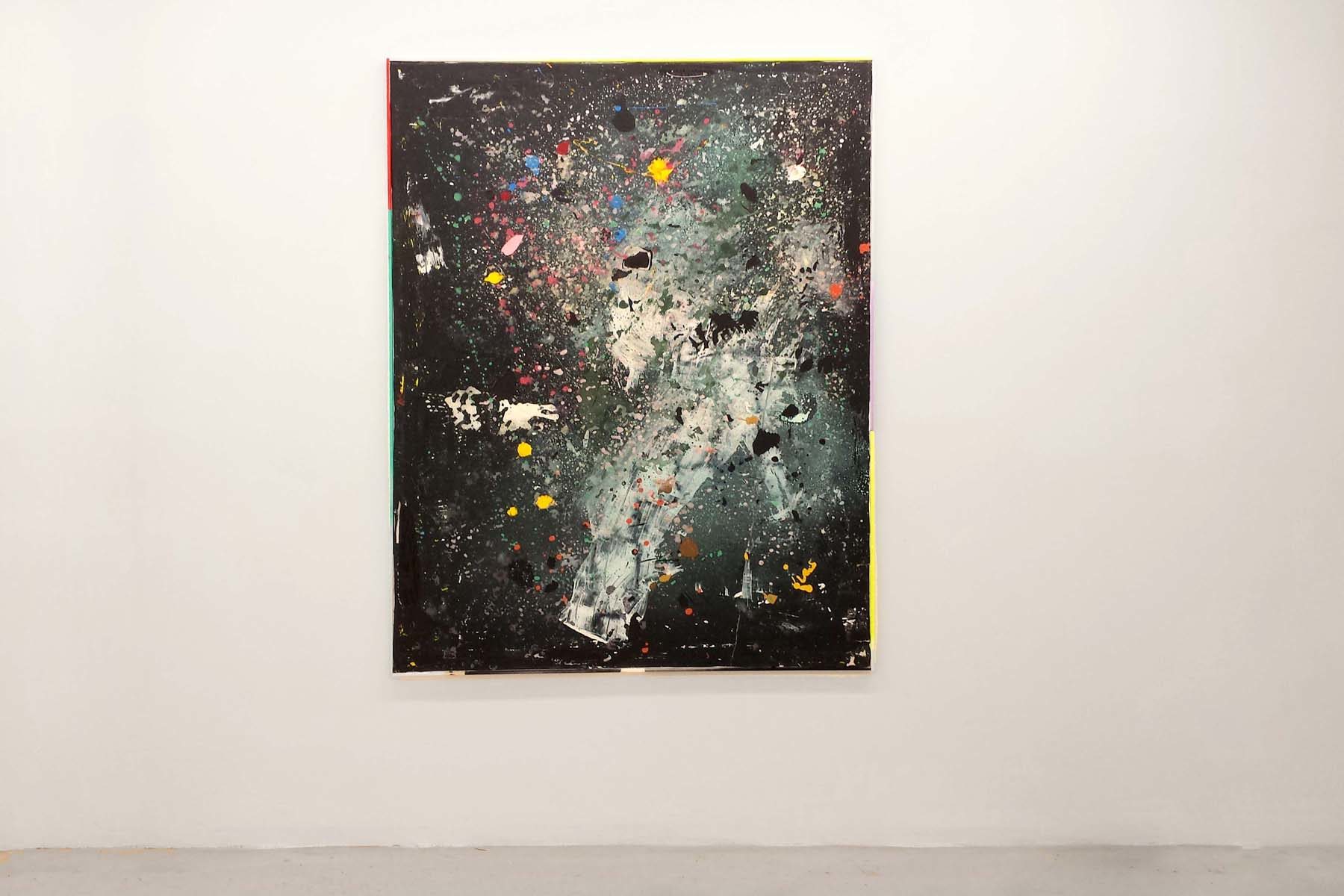 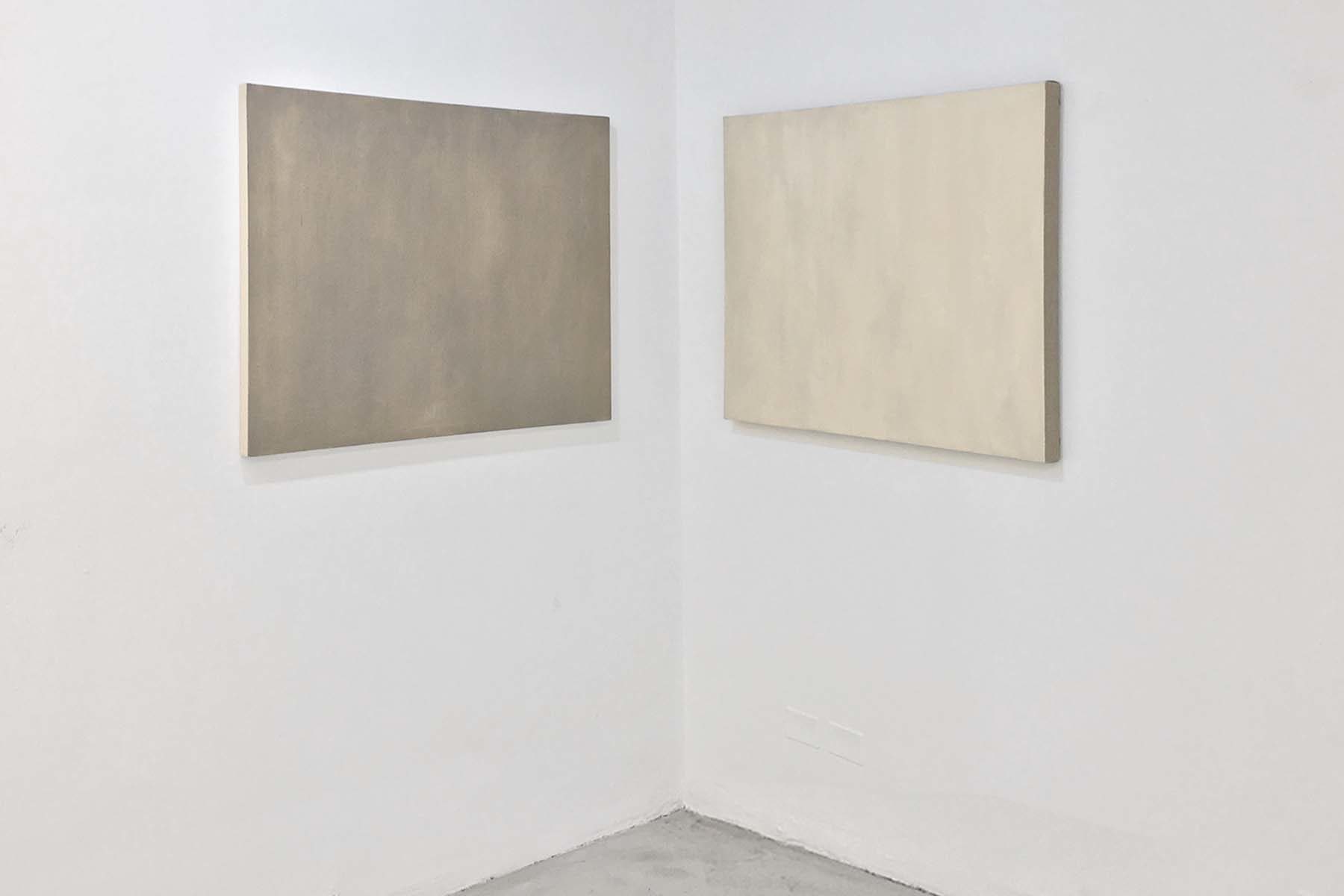 The surface as a medium
Daniele Capra


Substance and appearance, in other words depth and surface. We often struggle with these two extremes, since childhood in fact when older and more authoritative people insisted we discover what lies far from our eyes, what is on a level that is not immediately visible. For us in the West, it is indisputable that sounding the depths leads to further meanings than does trusting to our eyes, than does the probably fallacious vision resulting from the senses, the investigative capacity of which is little appreciated and is reduced to the level of sensation.

Various evident factors have contributed to this mode of analysis: above all (1) an ascetic moral concept aimed at the control or rejection of pleasure – a concept belonging to the ancient world and which was to be found in both the Greco-Roman and Judeo-Christian tradition – that leads to doubting or rejecting the stimuli, even cognitive ones, that derive from the senses. Furthermore, in all its various aspects, (2) the Medieval Christian tradition has inherited from the ancient world a condemnation of sensuous pleasure, because it is not concerned with spiritual and divine elements. Lastly, but not least in importance, (3) the philosophical and scientific tradition deriving from Descartes, and of which we are inevitable the heirs, has undertaken a strict dualism by opposing res cogitans to res extensa, with a clear preference for the gnosiological cognitive mental aspect over the material one of the senses. But on a closer analysis, the assumed (objectionable) superficiality of the senses leads us to an ethical kind of bottleneck, and suggests that it is desirable to trust in our own mind and what is produced by logic and, instead, to doubt the senses. And such a precept, one that entrusts the cognitive primacy to the mind, is also one of the premises that form the basis of “cogito ergo sum”, the importance of which has gone far beyond arguments between philosophers.

The combined action of these factors has led us to favour the first part of the depth/surface dualism and to neglect the potentiality of the latter. What is particularly significant is not to consider the surface as the opposite of substance, of what really characterises an object as though, as a last resort, the exterior were the least important and noble part of an artefact or the least stimulating part of a process. Frequently the surface is considered to be a sly attempt to capture the attention and the eye of those who are not in a condition to analyse a phenomenon in order to genuinely enter its depths. This approach leads to considering the surface as an area unworthy of interest since it is a part with exclusively cosmetic relevance, incapable, in other words, of going beyond a refined and servile pleasantness. As against this, we should consider the capacity it has to bear important information of a character that is not merely utilitarian, such as, for example, the history of a material, its chemical-physical qualities, or the use that has been made of it, just as happens when a geologist examines a rock. In this way, as Giuliana Bruno has highlighted in a recent essay analysing the dynamics of surface qualities, [*] we discover it as a medium “which refers to a condition of betweeness and a quality of becoming as a connective, pervasive, or enveloping substance. As an intertwining matter through which impressions are conveyed to the senses, a medium is a living environmental expression, transmission, and storage.”

The works in Superficial aim at overcoming the Manichean approach that typifies our culture by recounting how the surface can be the object of art research or, at least, the field of action on which the artist moves. By making use of processual and pictorial modes, of a conceptual dynamic order and of a chemical and thermal action, the surface in fact itself becomes the medium, because it can also arrive at being the objective of, and the metaphor for, the undertaking of art, and also a meta-narrative that explains and discusses its reasons. And so the vital and incessant work on/of the surface is the final diary of a metamorphosis that comes about as the result of the thoughts and hands of the artists who are able to propose alternative routes for superseding the impasse, for controlling environmental variables, and for exploiting to their own advantage unforeseeable accidents. In its tactile resolution, the surface in itself becomes the raison d’être for artistic research, the centre of an action that produces and records on its. own material a shift of meaning, an occurrence, a relocation, a passing over. Transformations that it is worthwhile understanding, and not just with the eye.

Tiziano Martini
Tiziano Martini implements an explorative kind of painting in which the function of the colour is less important than the artist’s own executive pleasure, the manual realisation of the work. The Untitled works seen in the gallery are in fact characterised by a continuous and rigorous processual aspect in which action and expectation, experimenting and verifying the result, alternate. The artist superimposes different levels of acrylic pigments on the canvas either directly with a brush or, more frequently, with the use of monotypes, matrices that, opportunely coloured, allow the material to be layered like successive imprints. In this way the canvas contains chance elements – the dirt in the studio or the residue of previous works – that become random variables that the artist freely uses/organises in a continuous jazz improvisation.

Alberto Scodro
Alberto Scodro’s art is characterised by a two-fold inquiry: one is concerned with the architecture of spaces, with respect to which he excavates and highlights lines of force and aspects of ideal tension; the other concerns material itself, the properties of which he loves to question and put to the test in order to find the limits of its use. In his Autumn series, he develops a research in which he analyses the generative capacities resulting from the combination of such different elements as sand, glass, and oxides. In fact, the artist inquires into the combinatory possibilities of his material by firing at a high temperature in an industrial kiln prime materials of various origins; these undergo a chemical/physical process similar to vitrification. In this way Scodro creates alchemical wall-sculptures, blocks in which the surface is as rough as rock, but as coloured and fragile as porcelain.

Eugenia Vanni
Eugenia Vanni’s artistic research is characterised by a multi-faceted conceptual activity, one that is implemented through different procedures and media, effortlessly ranging from painting to installations. Frequently, by updating their semantics and traditions, she reuses the techniques of fifteenth- and sixteenth century Italy. In her diptych Ritratto l’uno dell’altro (Portrait of each other), Vanni conceptually explores painting’s mimetic potentialities to arrive at the most extreme results. Thanks to her use of oil and of different ways of imprinting the canvas, the artist arrives at portraying on linen the image of the cotton weave, and vice versa. In this way an essentially meta-pictorial double portrait is revealed, one in which the subject is painting in its material/tactile essence, in its being a palimpsest that embraces the image that is latent in the other. In a logical chiasmus each element of the diptych is thus a negation of its own identity and, at the same time, a representation of its opposite.