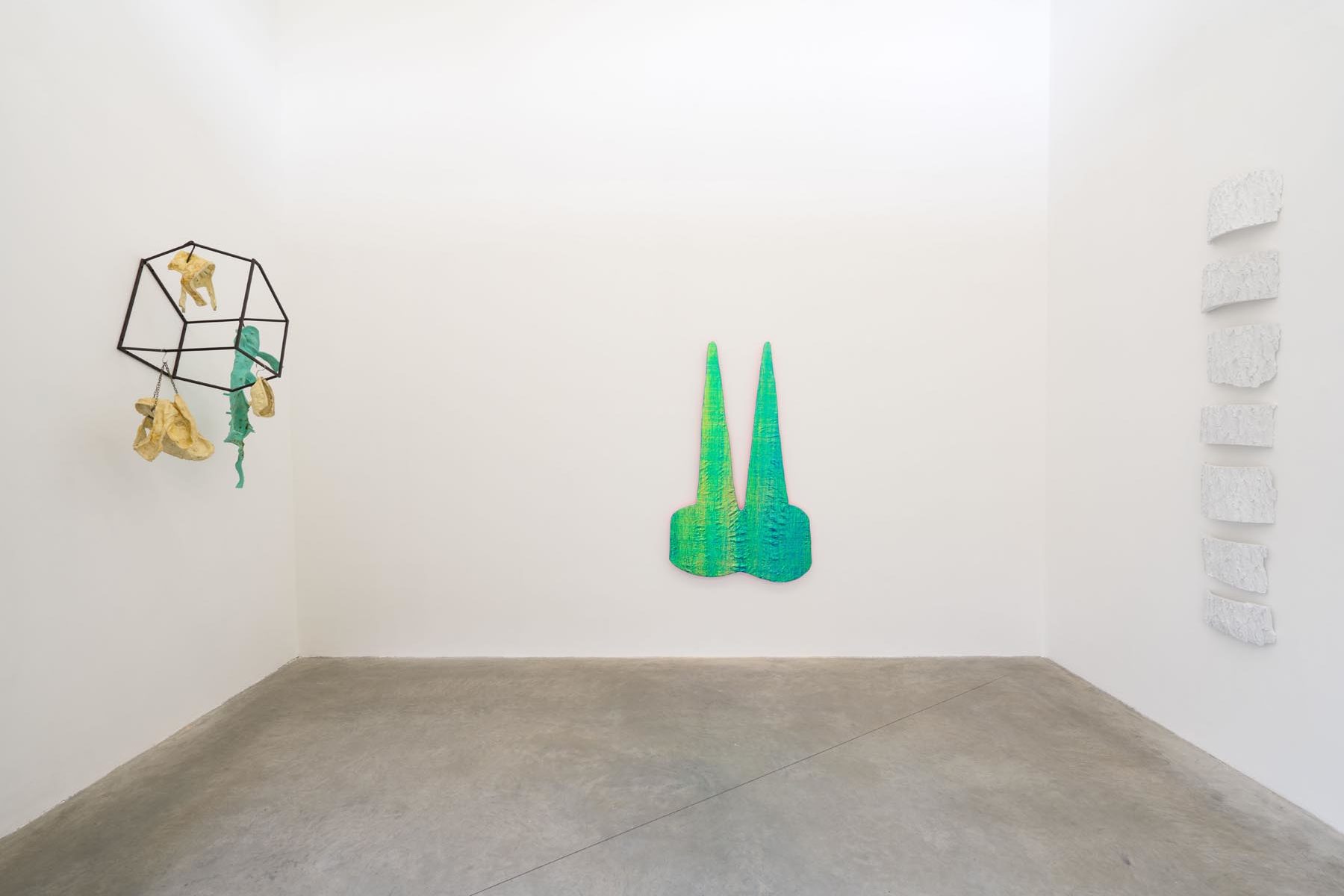 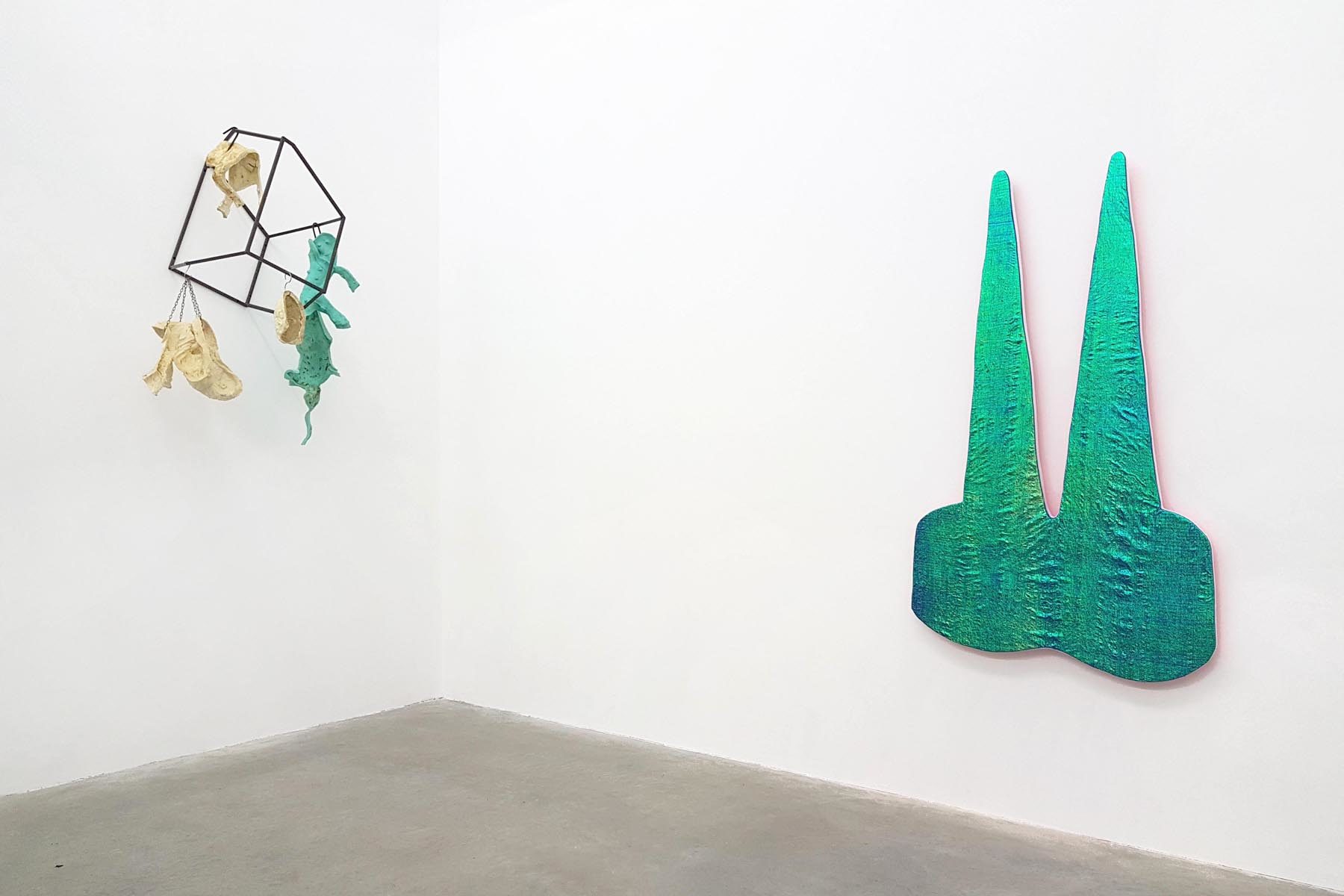 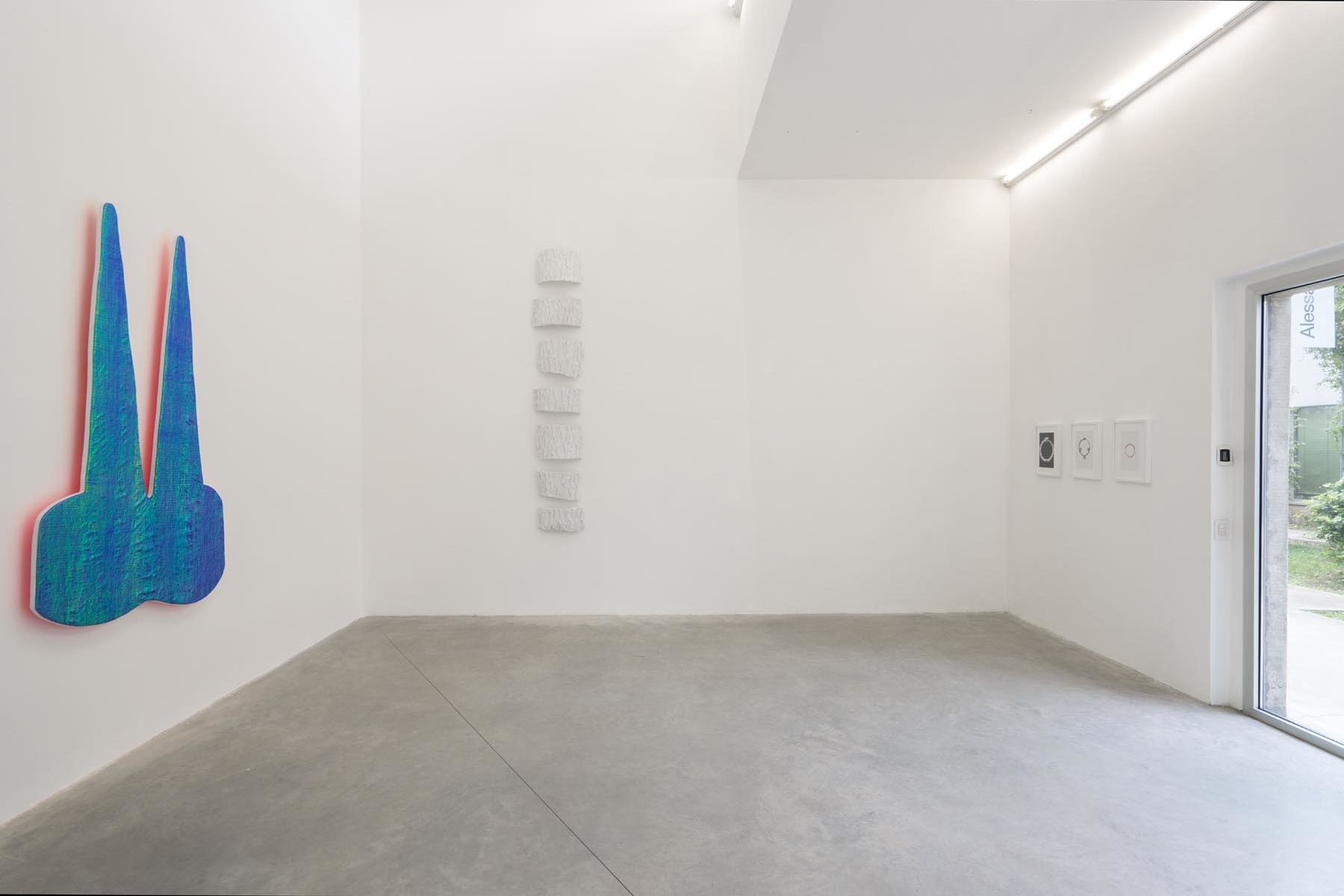 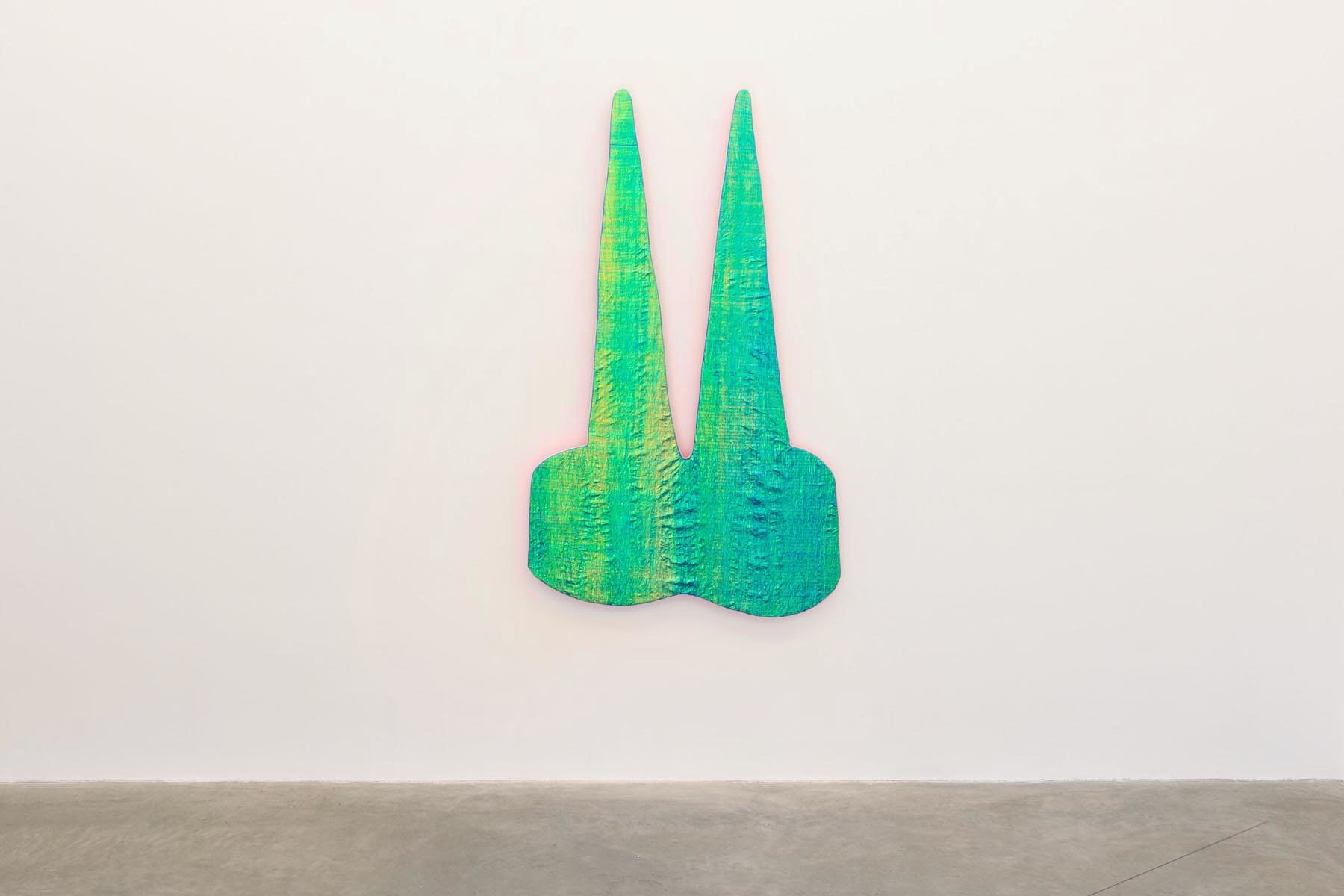 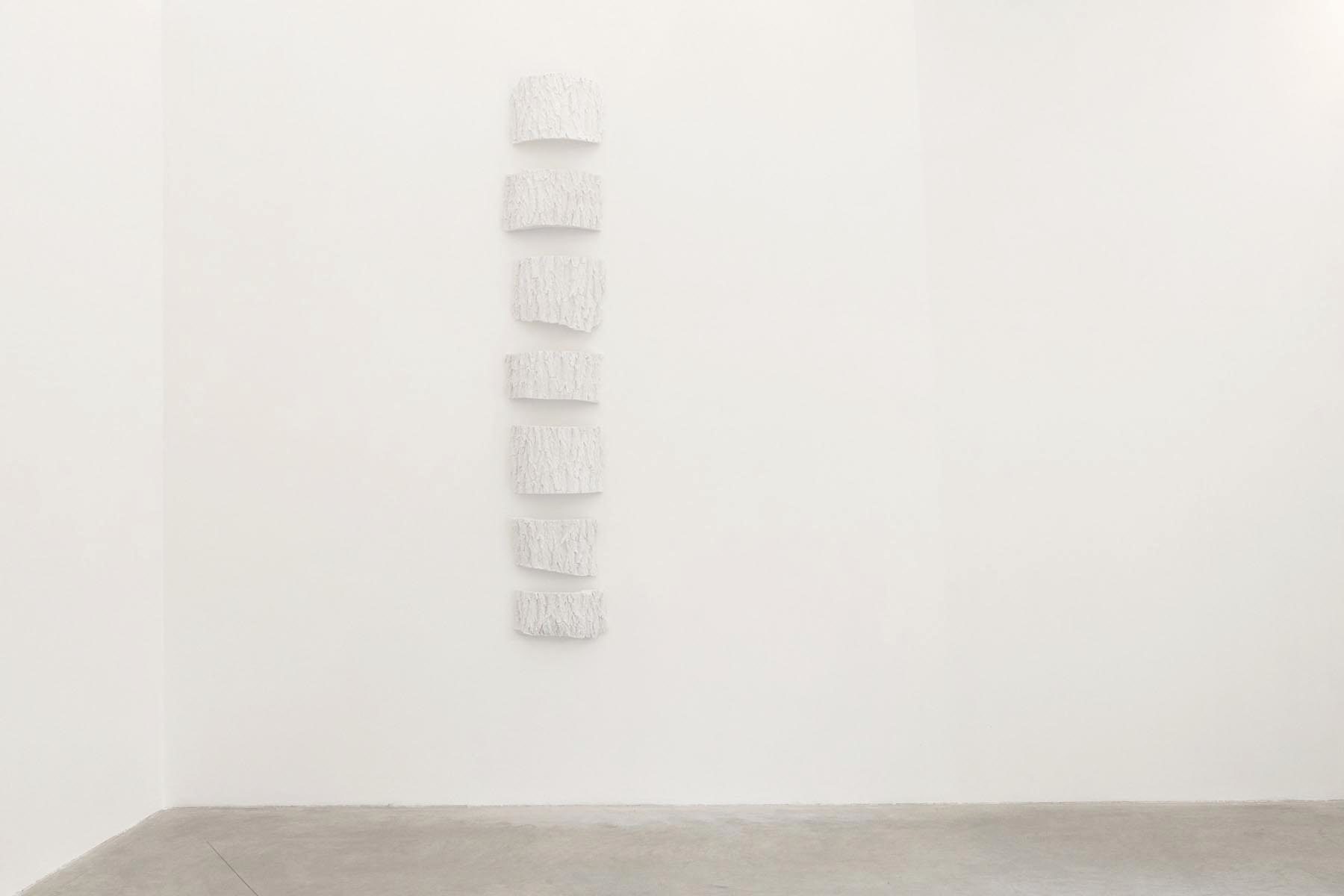 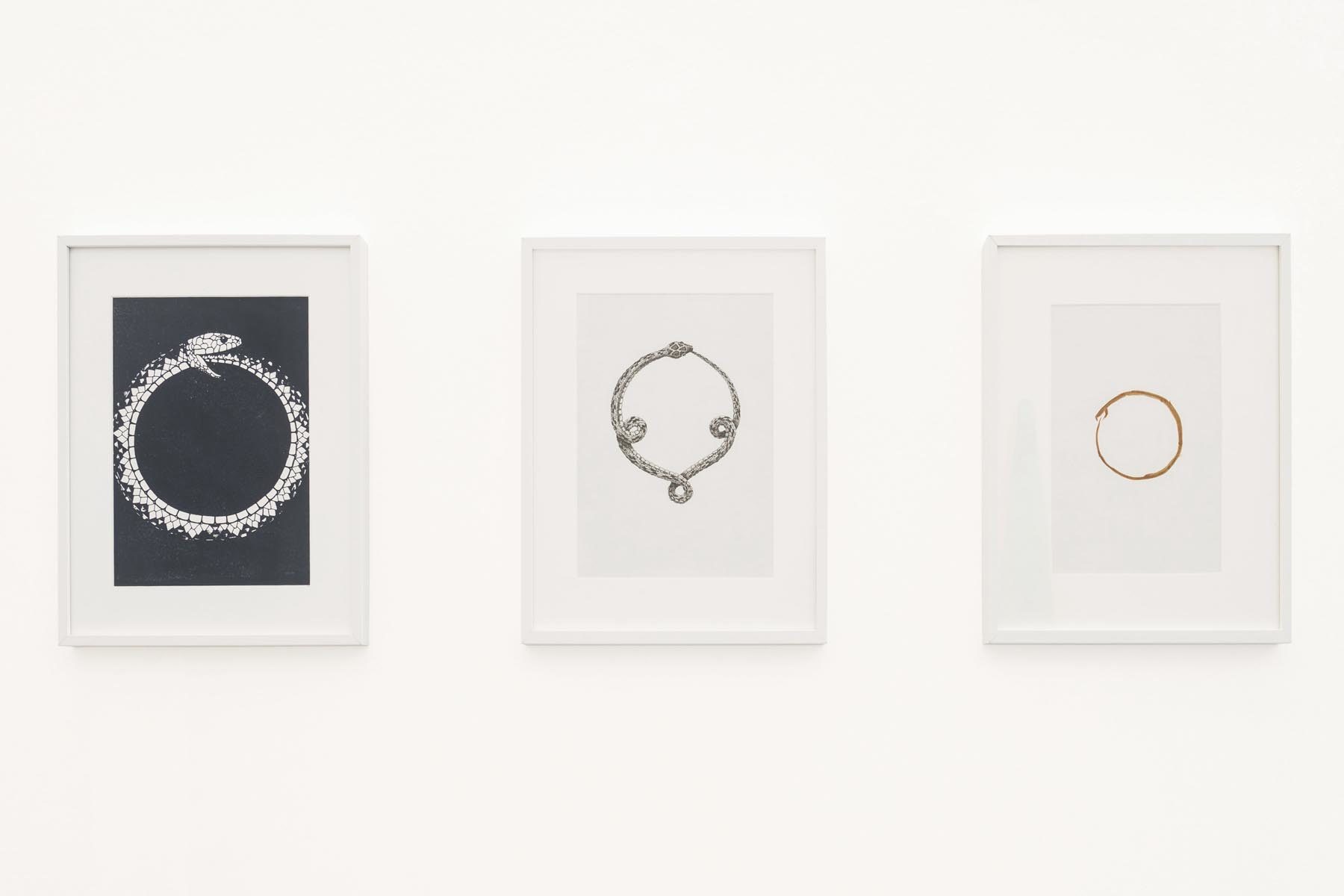 
Uroboros (“Ouroboros”) presents a selection of works by the three artists whose researches all originate in a strong inner speculation and have often taken on the themes of mutation, metamorphosis and change of state. Traces of this reflection are laid down both in the genesis of the creative/imaginative process that precedes the realization, as well as in the ways in which the work takes shape and manifests itself in the world, developing through germination, offshoots, unexpected leaps or sudden material changes.

Since ancient times, the ouroboros, the symbolic animal in the shape of a snake or crocodile which bites its own tail, has been used to symbolically represent the eternity and continuity of the cosmos, thanks to the inexhaustible cycle of change due to the dynamic head/tail. But the snake that eats its tail is also an emblem of the alternation of opposite conditions, such as death and rebirth, darkness and light, the feminine and masculine, whose limits are continually generated and redefined. Moreover, in alchemical thought, its image allegorically refers to the palingenesis and to the repetition of the cycles that take place thanks to the increase of temperature, evaporation, cooling and condensation of a liquid, which are used in the refining of substances.

Especially in the work of Vincenzo Rusciano, the transformation, the need for a mutation, is evidenced by the use of the cast and of incomplete modeling, by the trace of a presence, a skin, but also by the abandonment of volume towards other forms, which indicates a real detachment from the origin and a real change of state.

Kristian Sturi’s pieces put the spectator in the impossibility of a static and definitive vision, from which to perceive/read surfaces: it is only by changing position, moving and observing, breaking the unity of the gaze, that matter and volumes are manifested in the their totality, in a challenging game where the same conditions never occur twice.

The artworks by Ivano Troisi, on the other hand, are traces of a change that took place, as they are recordings of a particular state of metamorphosis, caught in its melancholic fragility, but also in its projective potential. His works thus lead to a further evolution, in which the elements (natural or artificial) can be recombined following the famous law, enunciated by Lavoisier, according to which “nothing is created and nothing is destroyed, but everything is transformed”.