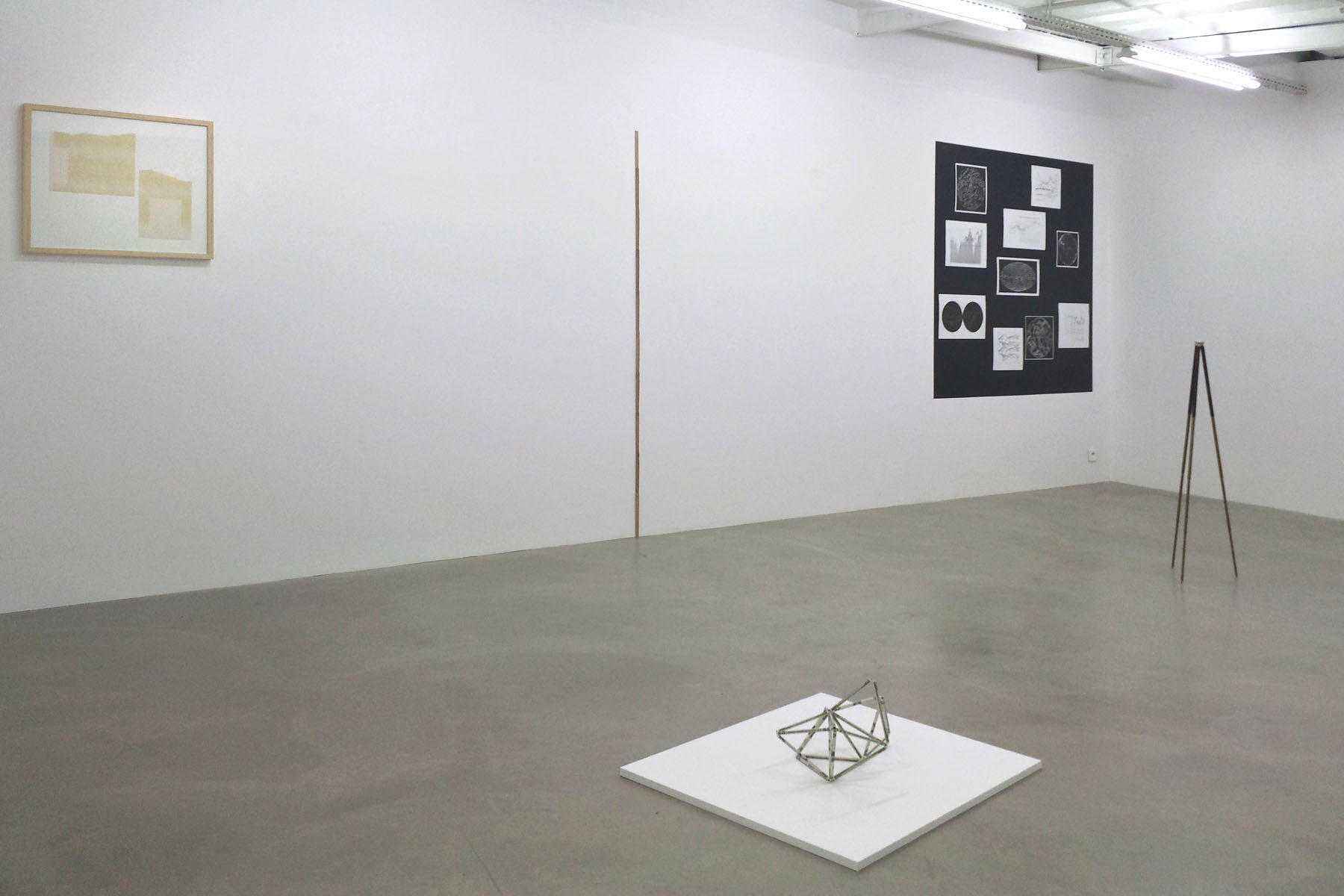 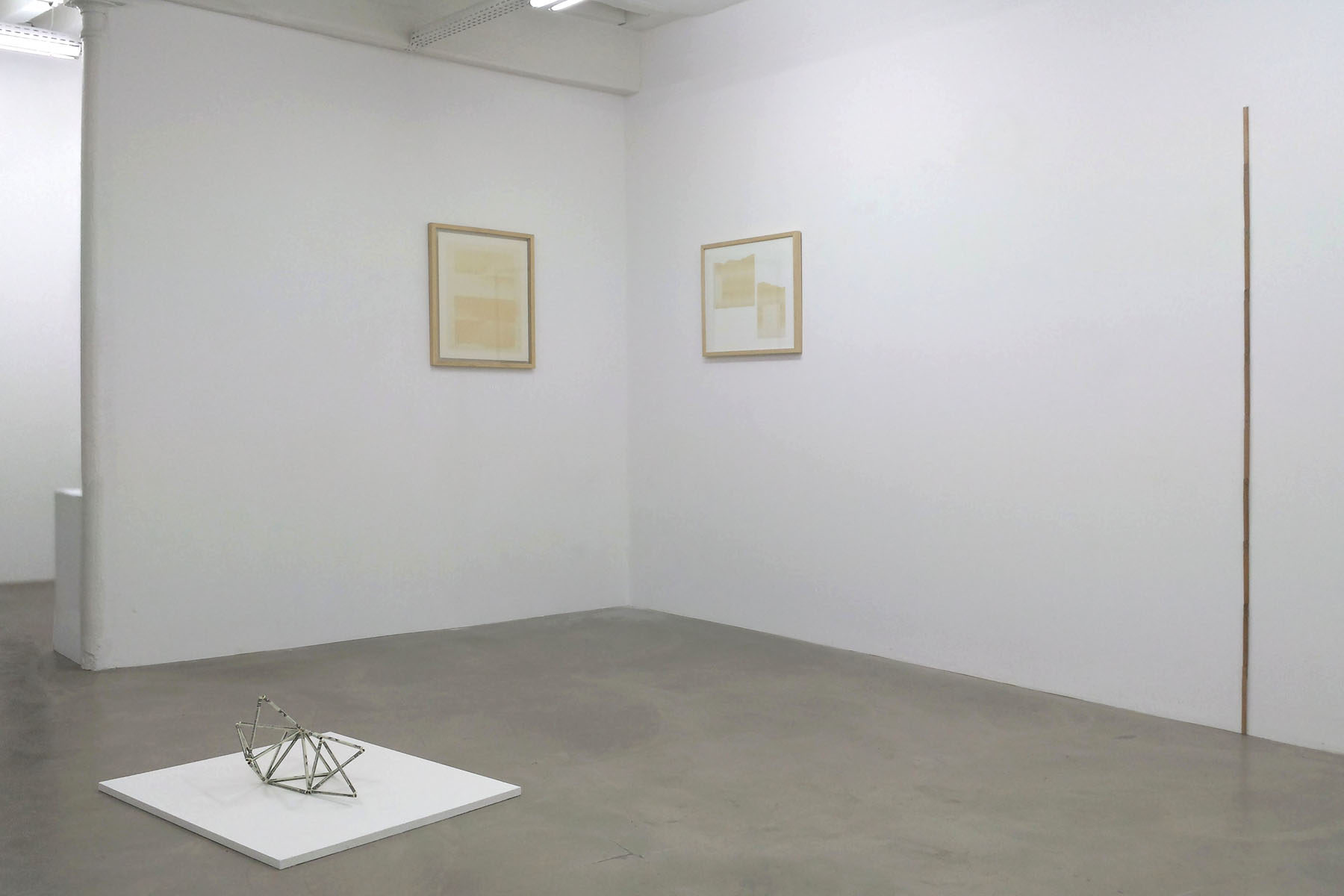 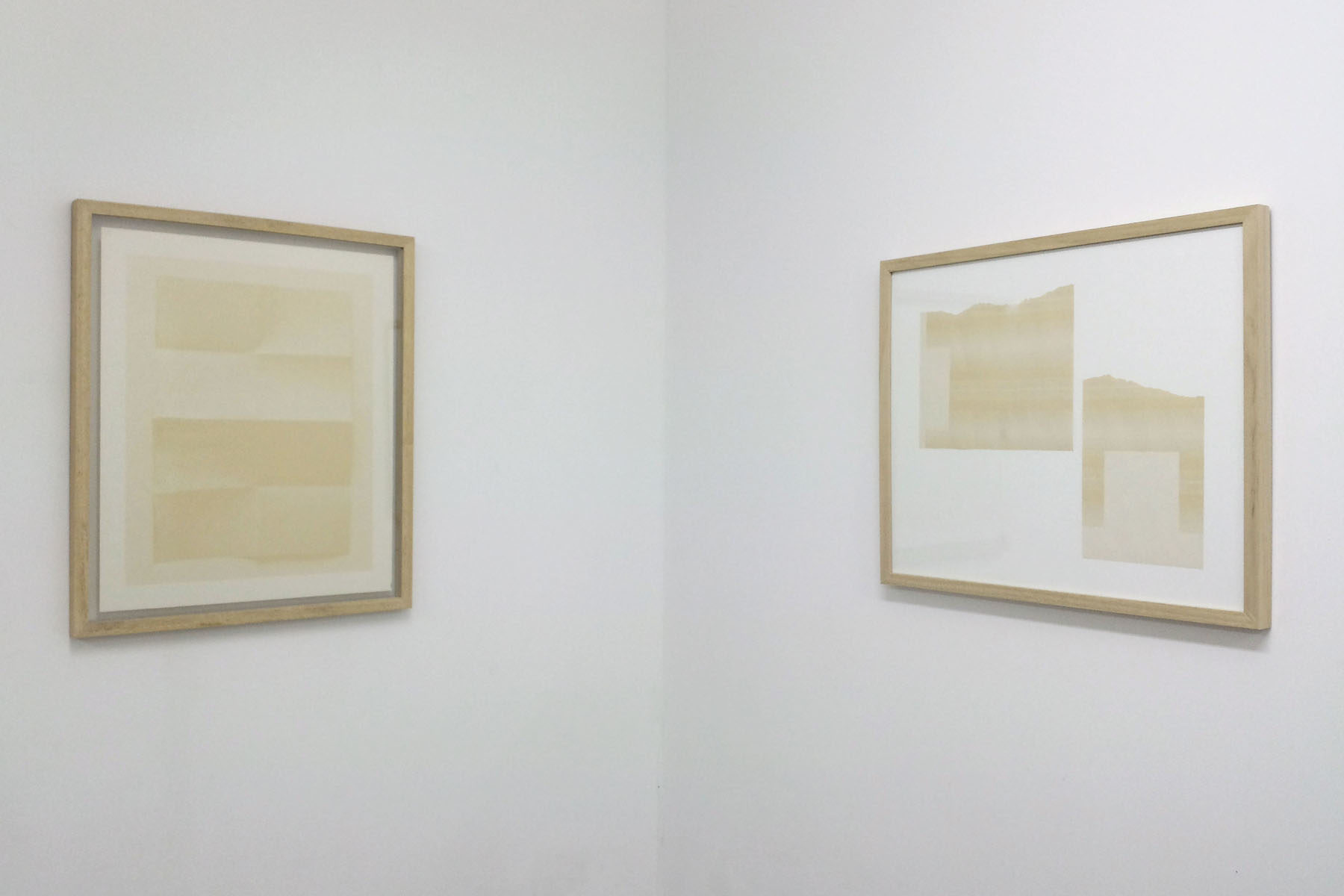 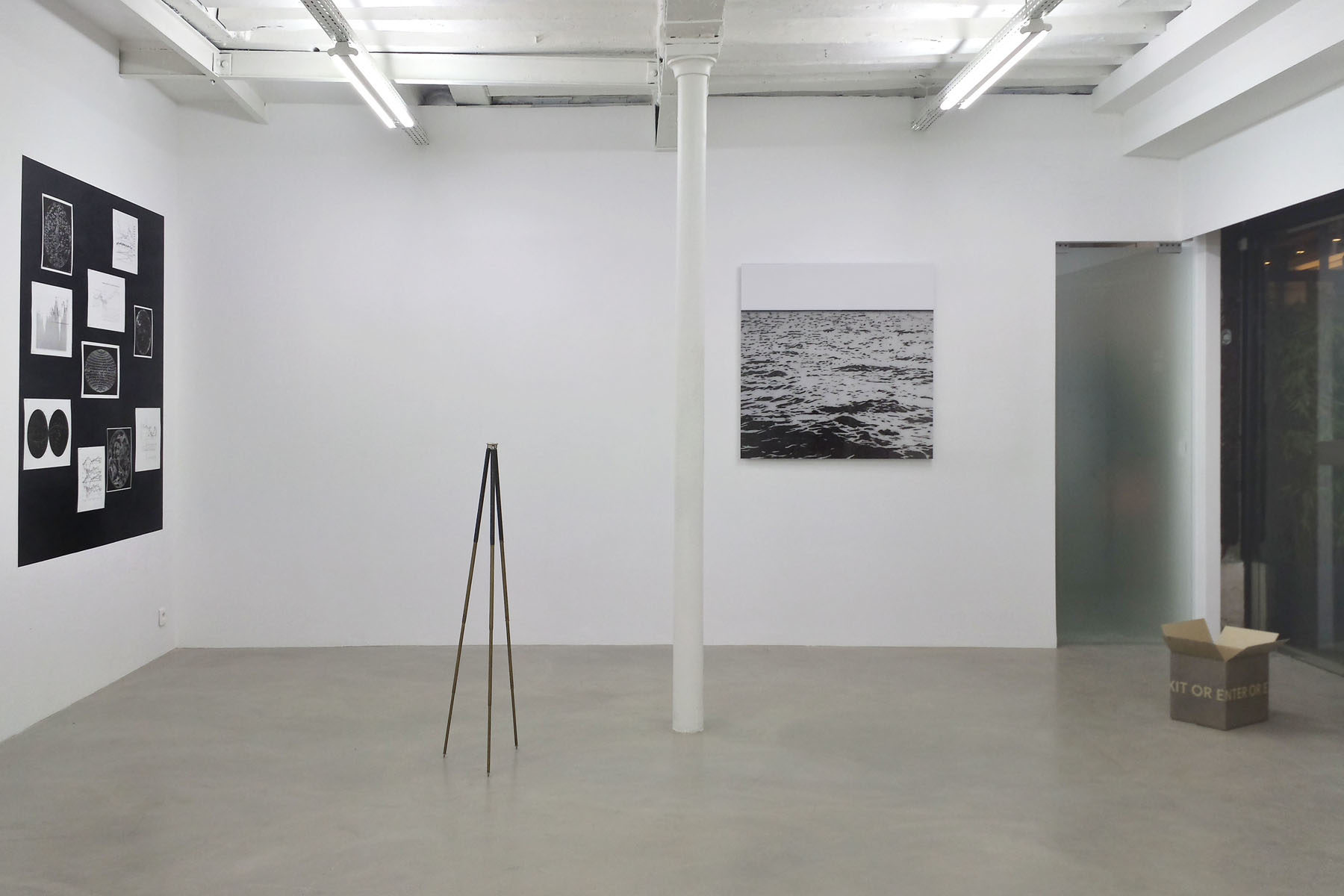 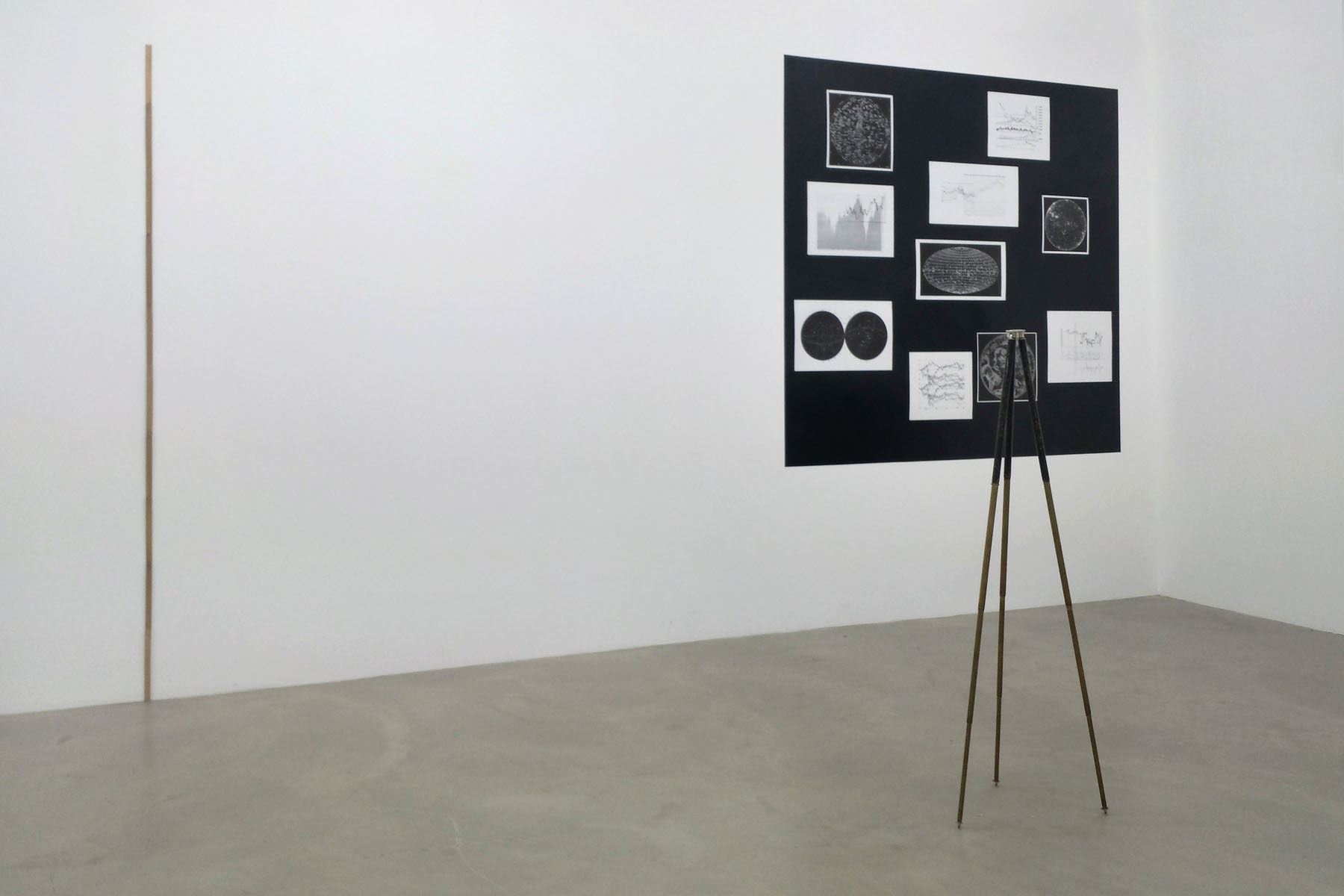 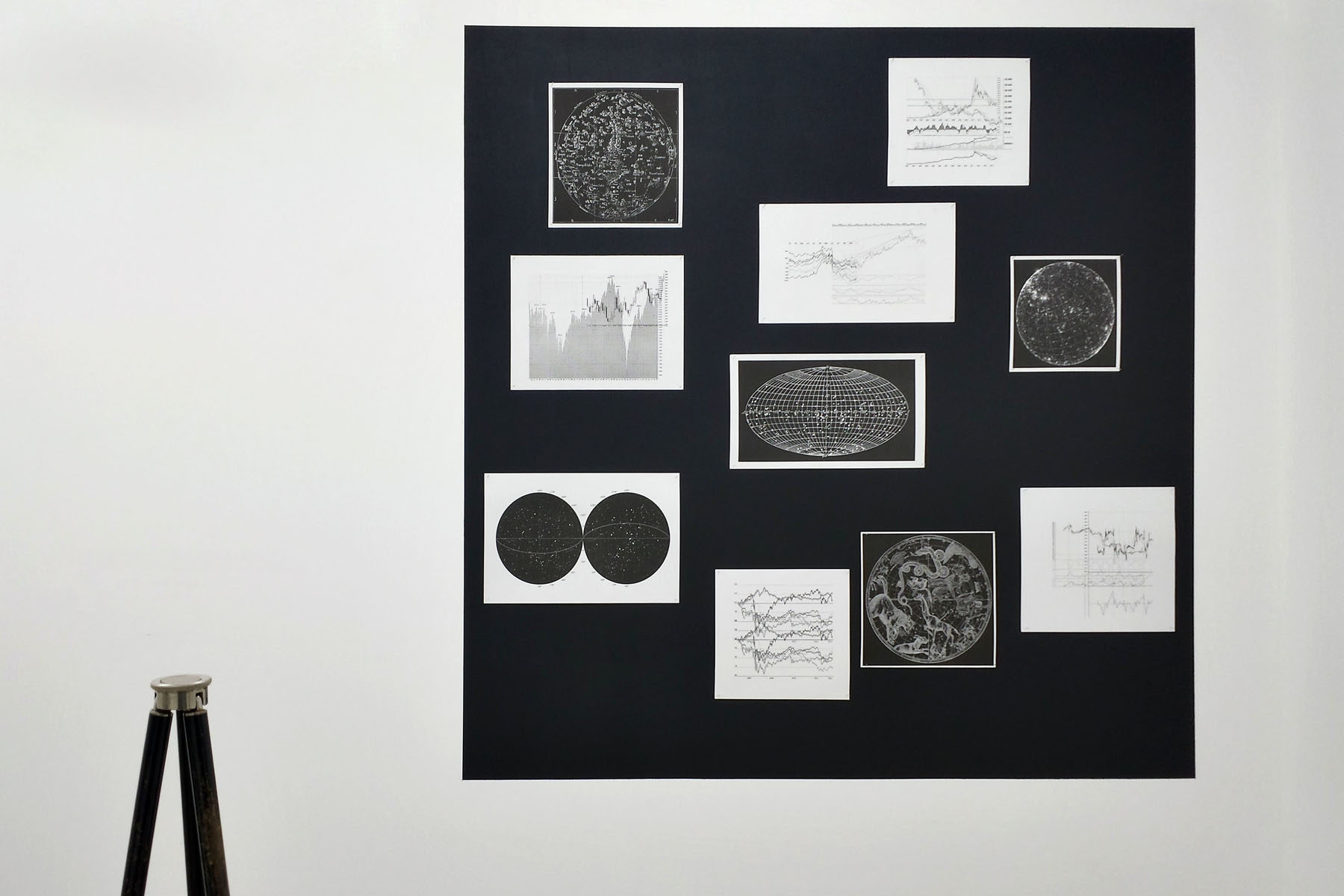 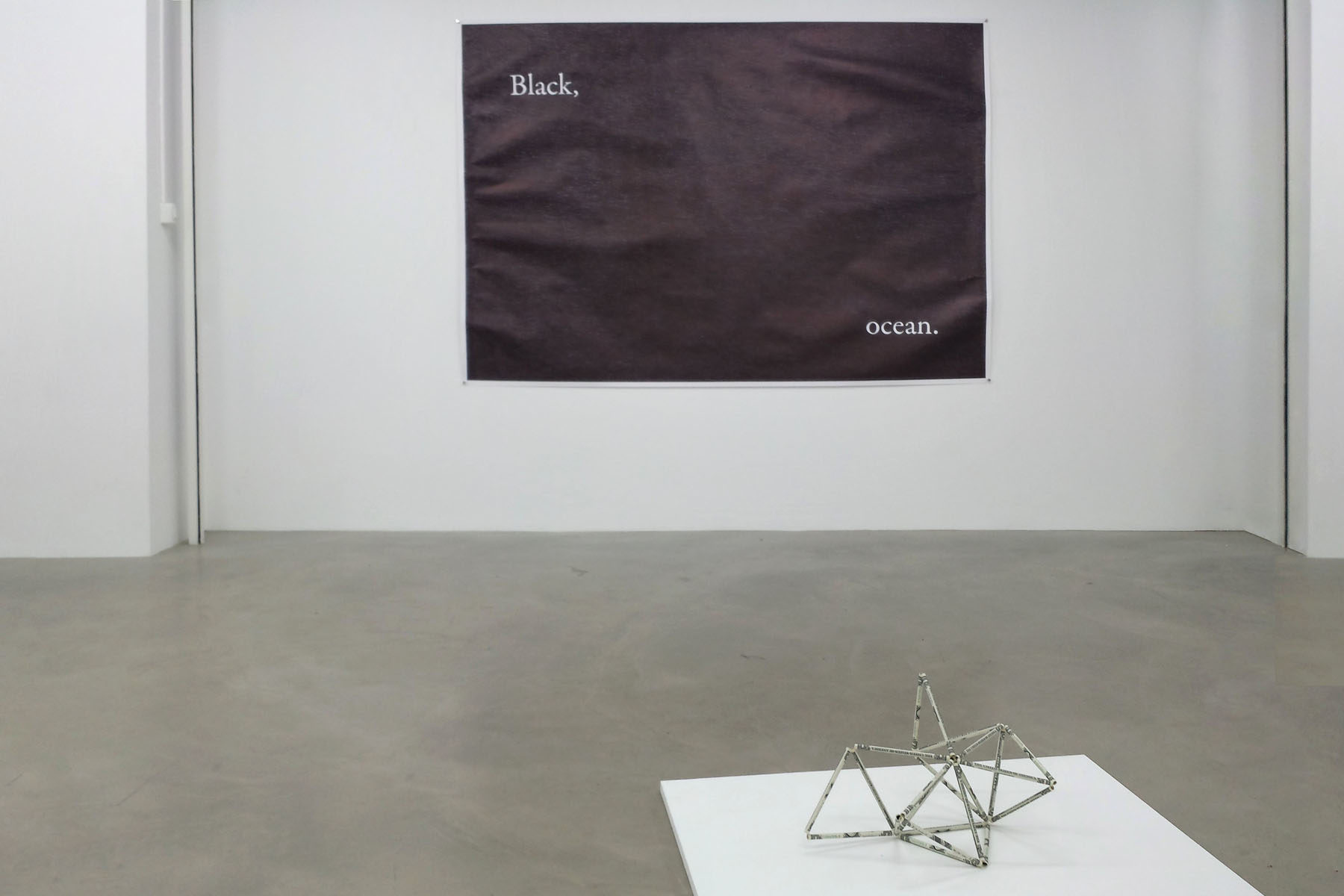 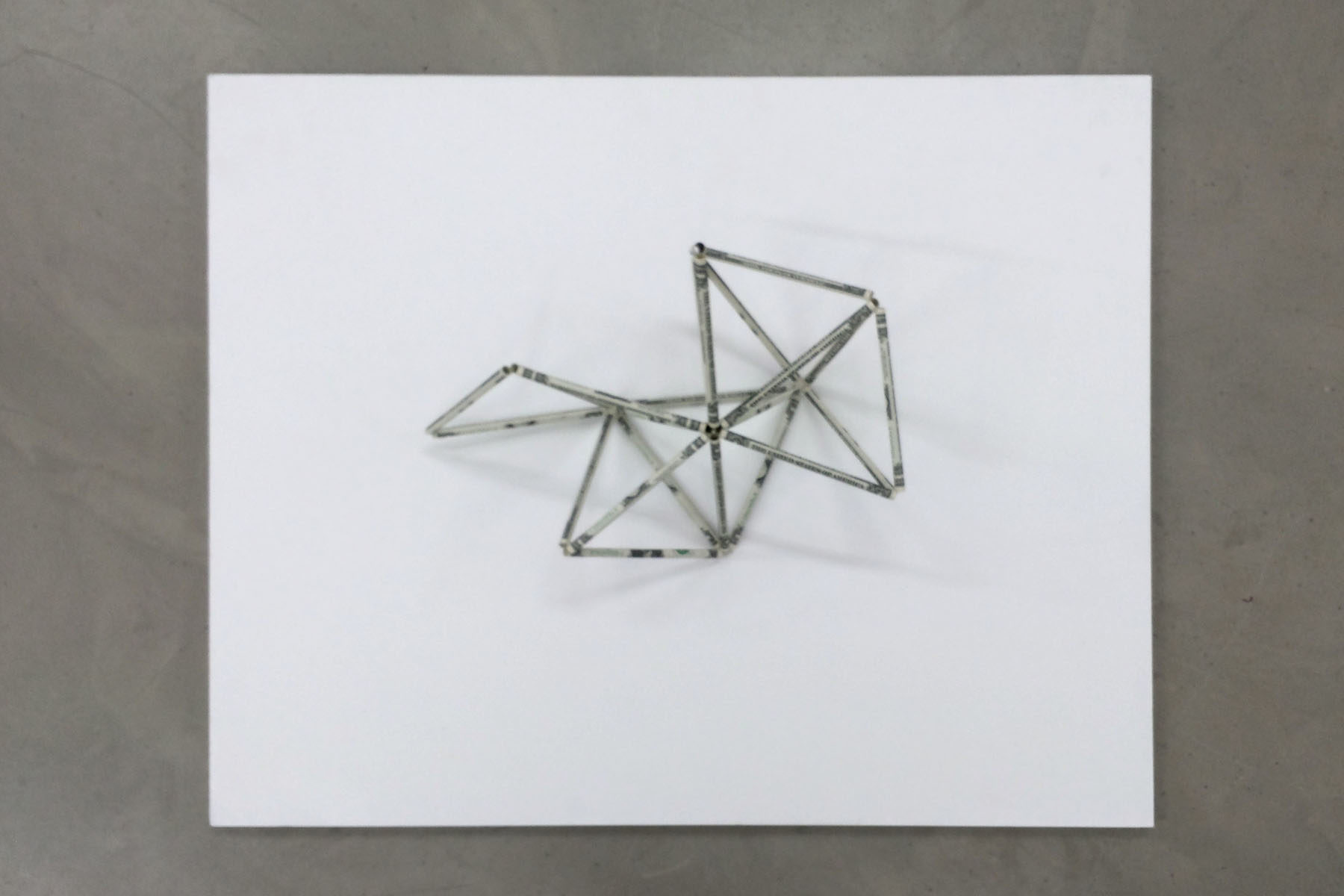 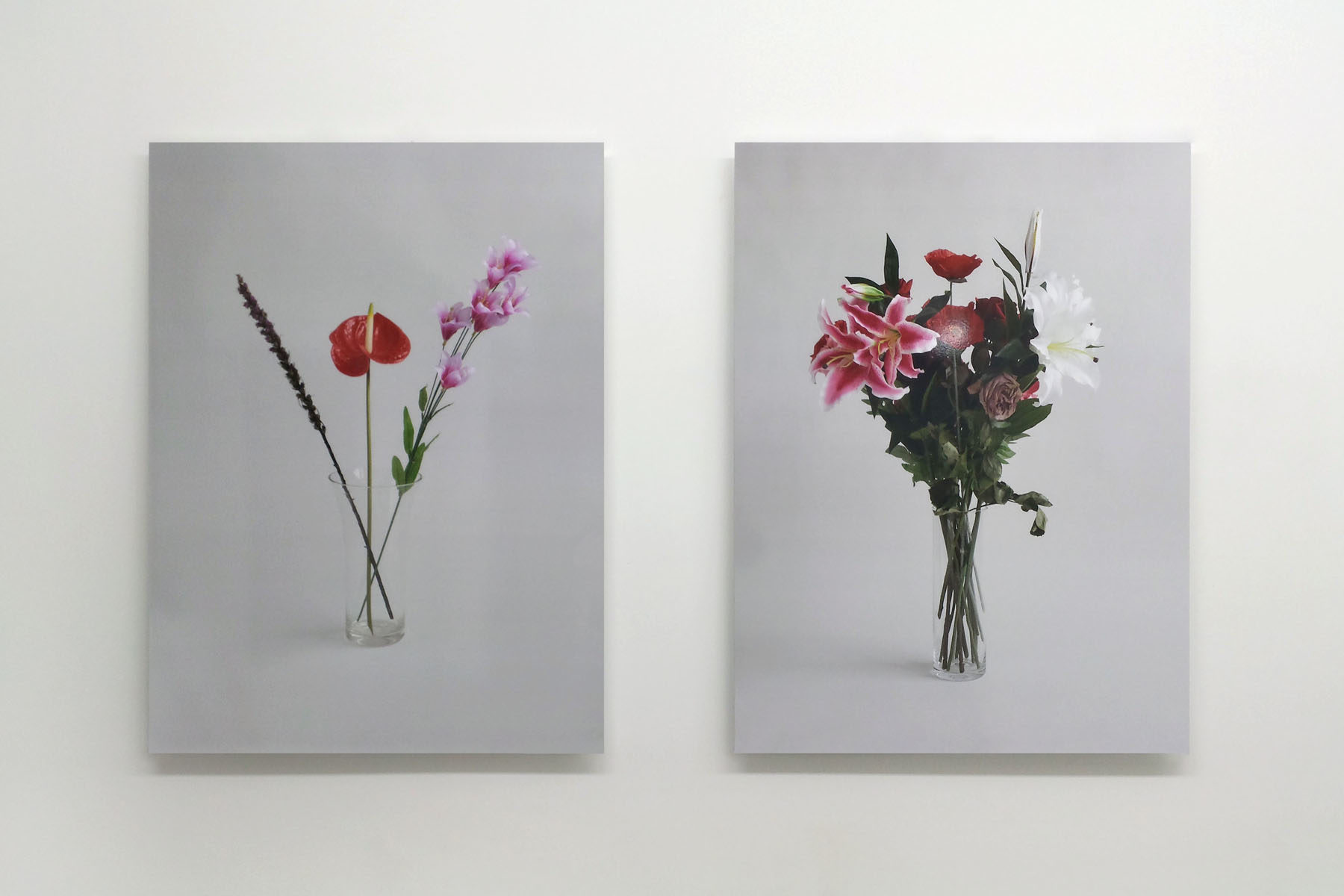 In my beginning is my end
Daniele Capra


What we call the beginning is often the end
And to make and end is to make a beginning.
The end is where we start from. [1]
T. S. Eliot

In My Beginning Is My End compares works of Eškinja, Godinho, Vačkář whose conceptual, visual and expressive connotations are so dominant that they may interrupt the visitor’s own, unsure, notion of time, and act upon him by the dynamics of friction, of repositioning and anticipation. We don’t pay attention to the duration of fruition, but only to its pursuit that generates meaning, ever aware of the fact of not being on par with the temporal reference points that we commonly call past, present and future. Many of the exhibited works have the power to be at the same time alpha and omega [2] – or the other way round –, and able to defy the viewer in search of a permanent rearrangement of time.

The idea of using time as the component of a process, and not as a quality against which to fight incessantly, does not consciously appear in Fine Arts before the avant-gardes of the 20th Century. It is particularly applied in Italian Futurism (we could mention Marinetti or Boccioni here, but also the acoustic experiments of Luigi Russolo) where a great interest in the depiction of time is evident in representing the effects of movement, just as in the quest for a fourth dimension that stood at the beginning of the revolution in painting once started by the cubists. In the 1960s, variations of time enter the means of expression as a central element of new artistic developments, in an anti-rhetorical appearance, not objective and proudly anti-consumerist. Happenings are born, and Fluxus declares: “The line between art and life should be kept as fluid, and perhaps as indistinct as possible”.[3] The artist acts in the first person to create an ideological context that liberates him from being a producer of objects, a role historically based on the usage of materials that occupy a space and become fetishes of the market. Unidirectionally advancing time guarantees the singularity of an artistic action, defines the limits and determines the viewer’s fruition, keeps him from repeating the visual experience. In this context, the time of an artwork and the time of its perception never meet, and the work becomes exclusively a mental space of memory, the trace of neuronal relations that chemically define memory.

But an artwork that is neither an instantaneous and ephemeral creation (as is a performance or a happening), nor destined to perish (e.g. some paintings of Gustav Metzger that are treated with acid to provoke the corrosion of their surface) interacts with the viewer’s notion of time, essentially due to a phase-shift. Beyond the time we need to watch/perceive an artwork, the moment when the time of the work and the time of the viewer meet in the presence of both, a work that succeeds in its very essence (meaning much more than a banal exercise of style or a simple occupation of space, but a work of art as true ergon [4]) contains the roots of the future. These roots live with elements of the past and the present that we traverse. The artwork allows the traversal that collects a portion of what lies beyond the needle, and signals the progression of time at the same time with everything that “has just happened now”.

The perpetual shifting of the artwork’s space and time (here and now) determines an unexpected temporal expansion as it acts on the world and the viewer according to a continuous repositioning that suggests the exact moment which is briefly present and then past. In a way, we could acknowledge in the artwork the existential modality that the philosopher Giorgio Agamben detects in what is contemporary: “This means that the contemporary is not only the one who, perceiving the darkness of the present grasps
a light that can never reach its destiny; he is also the one who, dividing and interpolating time, is capable of transforming it and putting it in relation with other times”.[5] If, from its creation on, an artwork does not add something to the future, it loses one of its main purposes: to be subversive, oblique, able to question the viewer, to transport him to another place and another time. The power, the vitality, of an artwork originates from its capacity to tell us of the past and to anticipate what is not yet manifest. In the last instance, the artwork acts like a mental instrument used by our subconscious, a desire for strabismus or the will to look and to see beyond our powers.

One of the most significant questions raised by T.S. Eliot’s Four Quartets concerns the nature of time, the modalities of its uninterrupted regeneration while recomposing the scansions of time (past, present and future), and turning this taxonomy useless for any telling of the human condition. Whereas in the first Quartet, Eliot writes “Time present and time past / Are both perhaps present in time future / And time future contained in time past”, [6] at the end of the Four Quartets, he concludes: “What we call the beginning is often the end / And to make and end is to make a beginning”. [7] The end is thus not a conclusion but the beginning of a new waiting, a starting point, and events that challenge our capacity to arrange cause and effect chronologically follow each other in a circular movement. Consequently, the temporal horizon’s univocity is only guaranteed if we adopt a model of probabilities or by continuous and successive adjustments.

In the same way, the works of In My Beginning Is My End are born from a desire to defy the viewer, to question him on what is represented and on the process of its realisation (Eškinja), on the labilities of definitions and the fragile permeability of traced borders (Godinho), on the conventional values that determine economic relations, and on modern dynamics and previsions of the future (Vačkář). In uncertain conditions that have to be continuously renegotiated, the only ideological security is to never stop questioning oneself. Before, during and after the present.

[1] T.S. Eliot, Little Gidding, in The Four Quartets, Harcourt, New York, 1943. The exhibition title quotes the first verse of East Cocker, the second of the Four Quartets.
[2] In the Book of Revelation Jesus says “I am Alpha and Omega” three times (verses 1:8, 21:6, and 22:13). The letters alpha and omega (α and ω) are symbol of the totality of the world, since they are the first and the last letter of Greek alphabet. Often α and ω were used together with the holy image of Jesus in medieval art and Orthodox Church tradition.
[3] A. Kaprow, Untitled Guidelines for Happenings, in Assemblage Environments and Happening, New York, 1966, reprinted in Essays on the Blurring of Art and Life,  University of California Press, Berkeley, 1993, p. 62.
[4] I refer to the definition of an artwork given by Immanuel Kant in the Critique of Pure Reason, though not to the duality of ergon/parergon (work/frame).
[5] G. Agamben, What Is the Contemporary, in What is an Apparatus? And Other Essays, Stanford University Press, 2009, p. 53.
[6] T.S. Eliot, Burnt Norton, in The Four Quartets.
[vii] T.S. Eliot, Little Gidding, in The Four Quartets.